Shelter Tries to Find Home for Cat Who Has Been Waiting for Over 400 Days..

This charming little boy had been waiting for his forever home for over 400 days. A week before Valentine's Day, the shelter decided to help him find love. 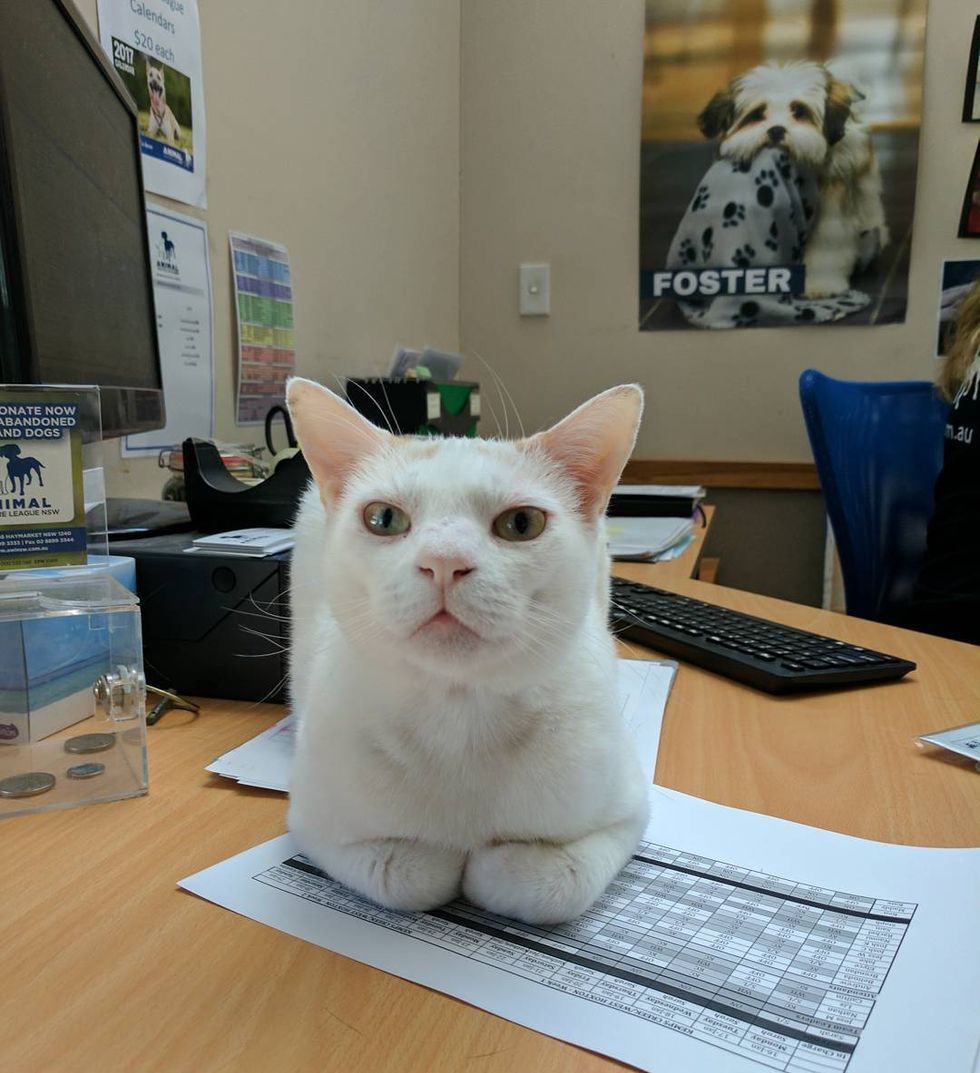 This gorgeous five-year old cat came to Animal Welfare League (NSW, Australia) over a year ago in December 2015. He was very shy, hiding in the shadows and didn't want to interact with anyone. Many animals got adopted, but people kept passing him by.

The shelter decided to assign him a role to help socialize him, so he became the feline receptionist working alongside a staff member at the front desk.

From that day on, Champas slowly came out of his shell. When he realized that humans aren't so bad, he blossomed. 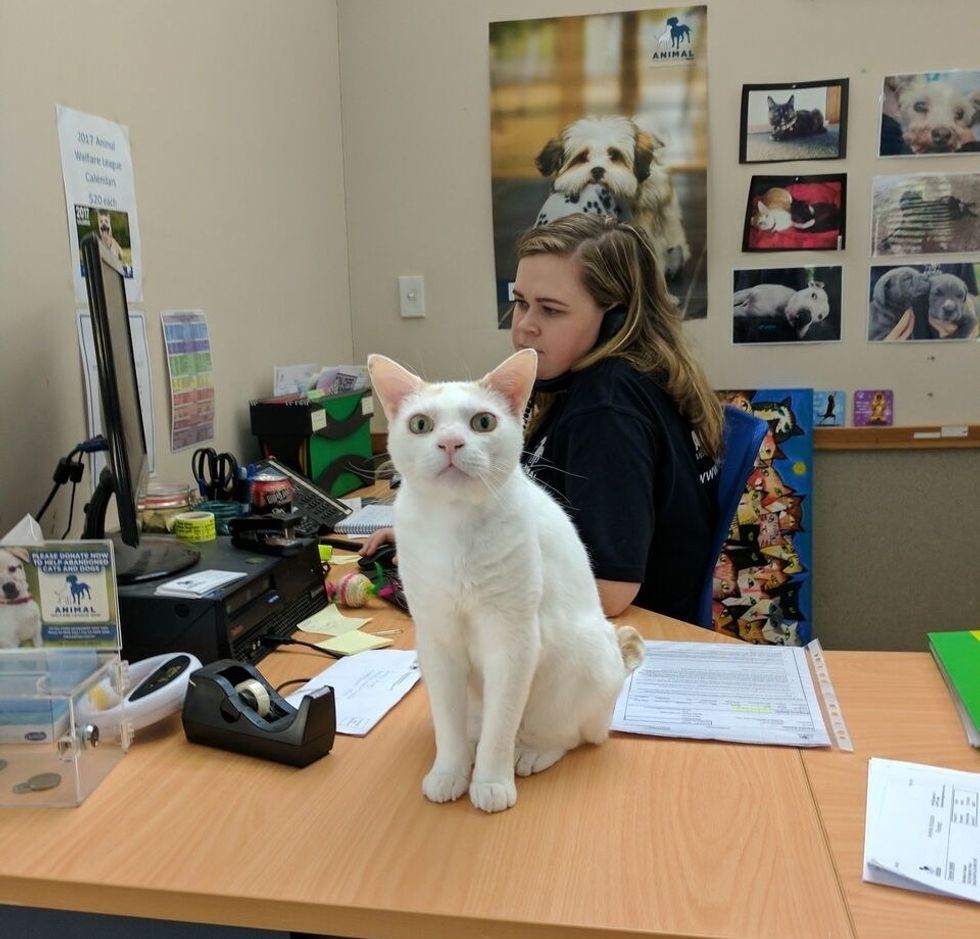 The adorable little guy grew to love people and would purr loudly for their attention.

Champas had already spent one Valentine's Day in the shelter. They wanted to find him the perfect home so he could be with someone he loves this Valentine's day. They came up with a unique campaign for the special little guy. 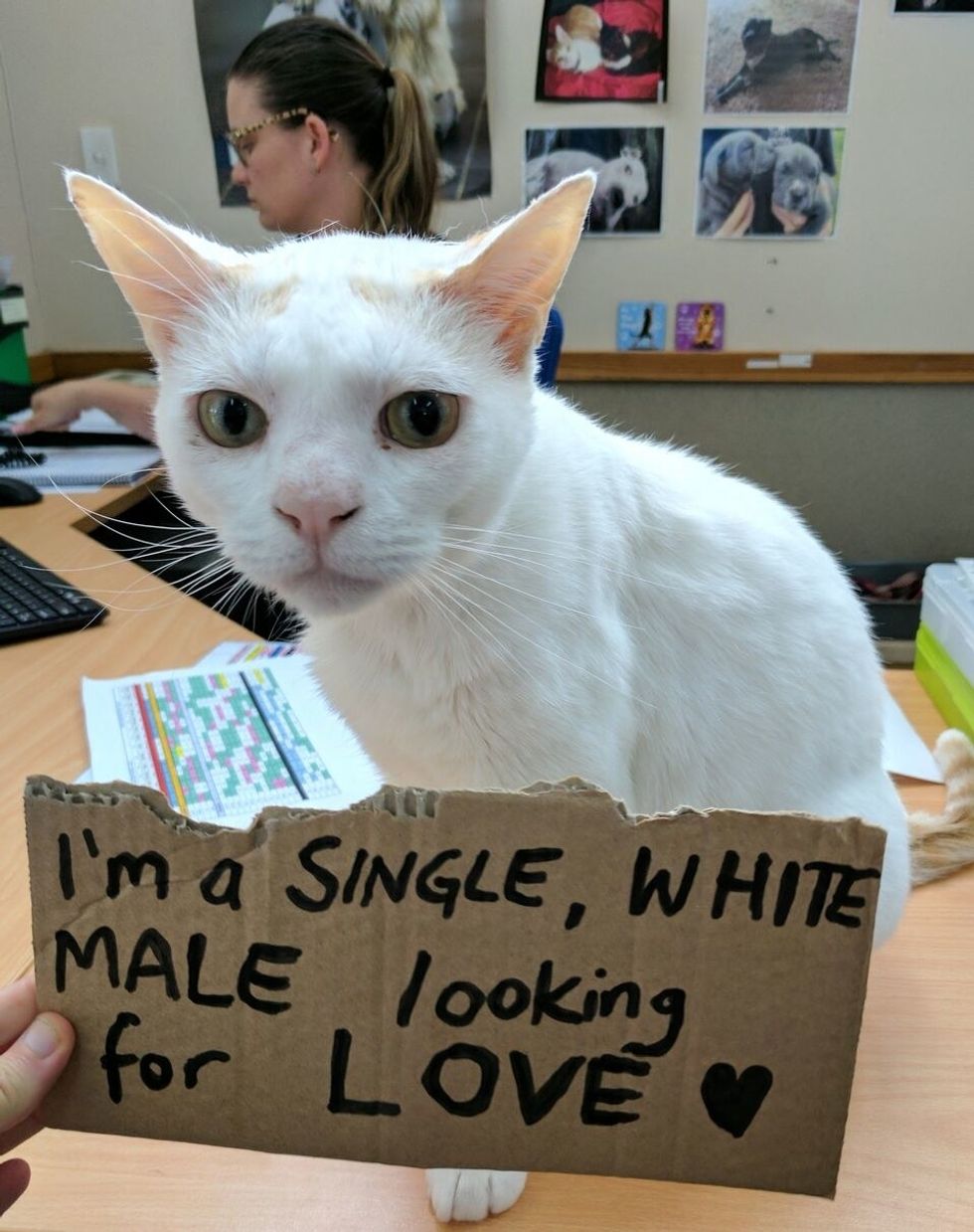 "I like romantic naps on your paperwork, long sniffs of your petty cash, and curling up on your stuff." 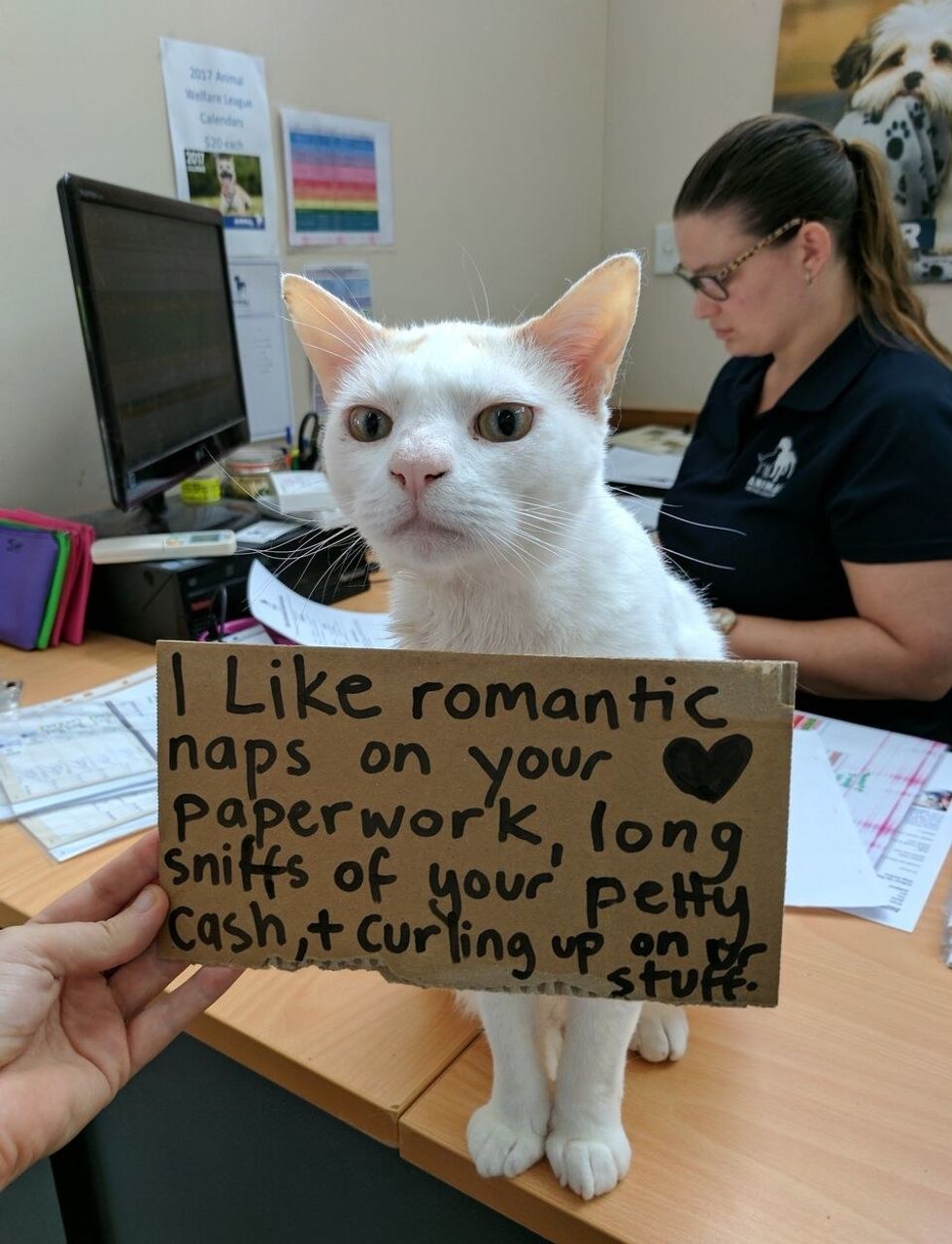 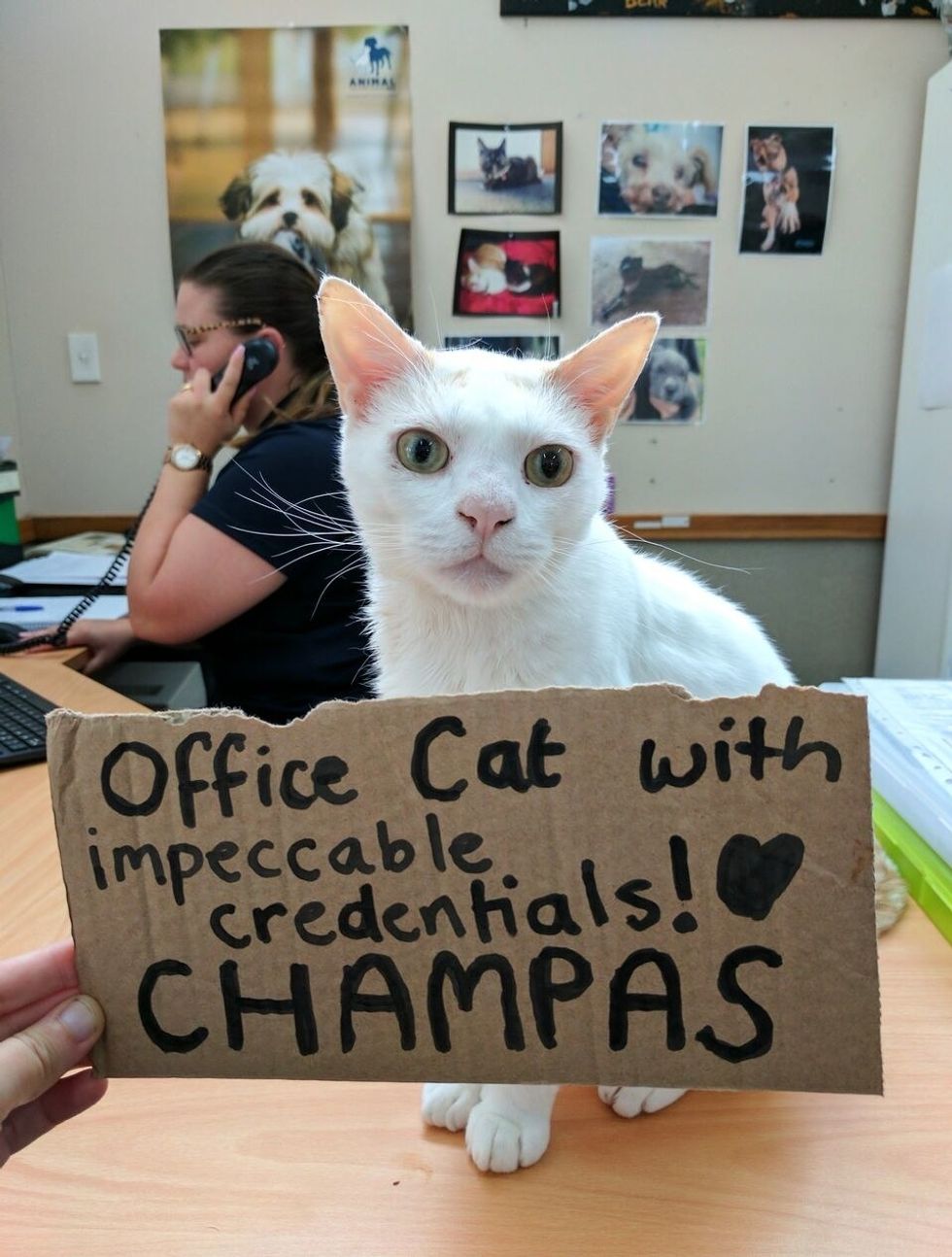 The kitty became quite a celebrity at Animal Welfare League. 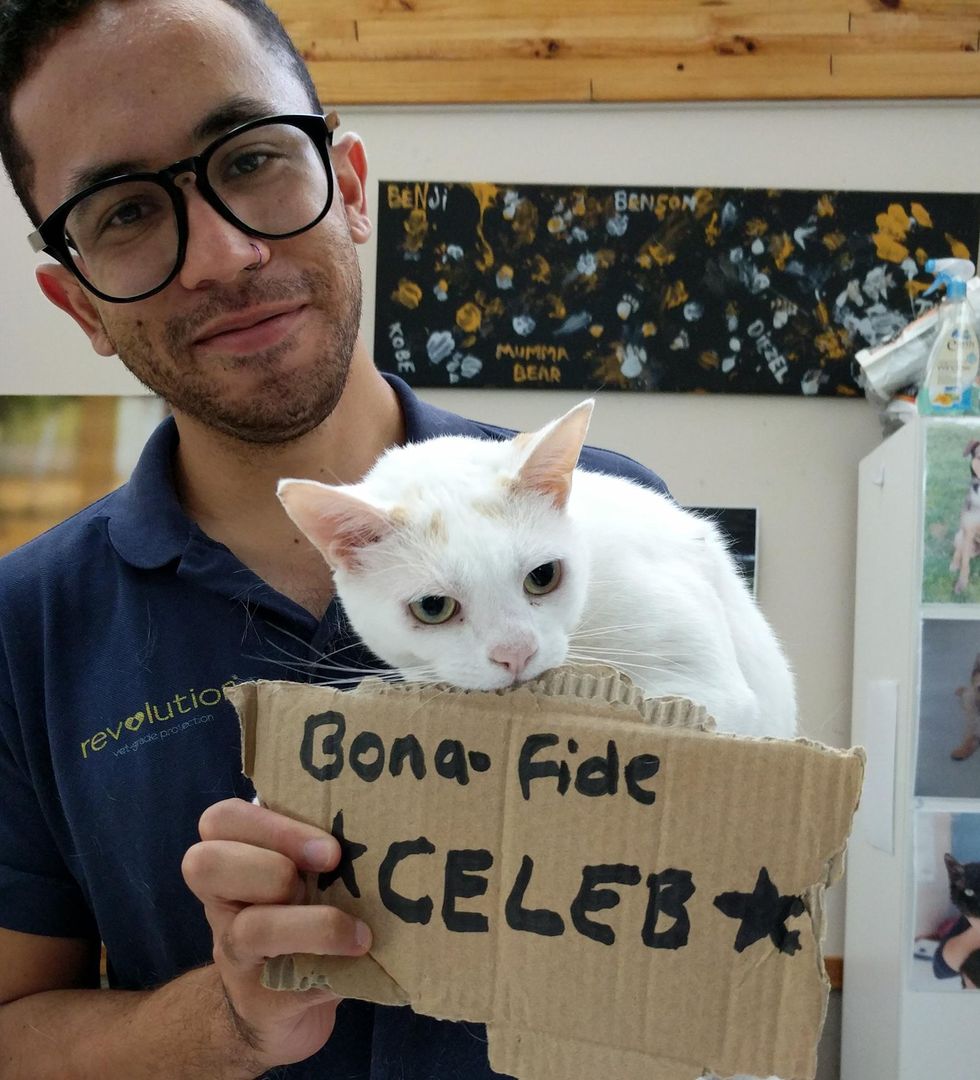 As soon as they met, everyone knew it was the perfect match. 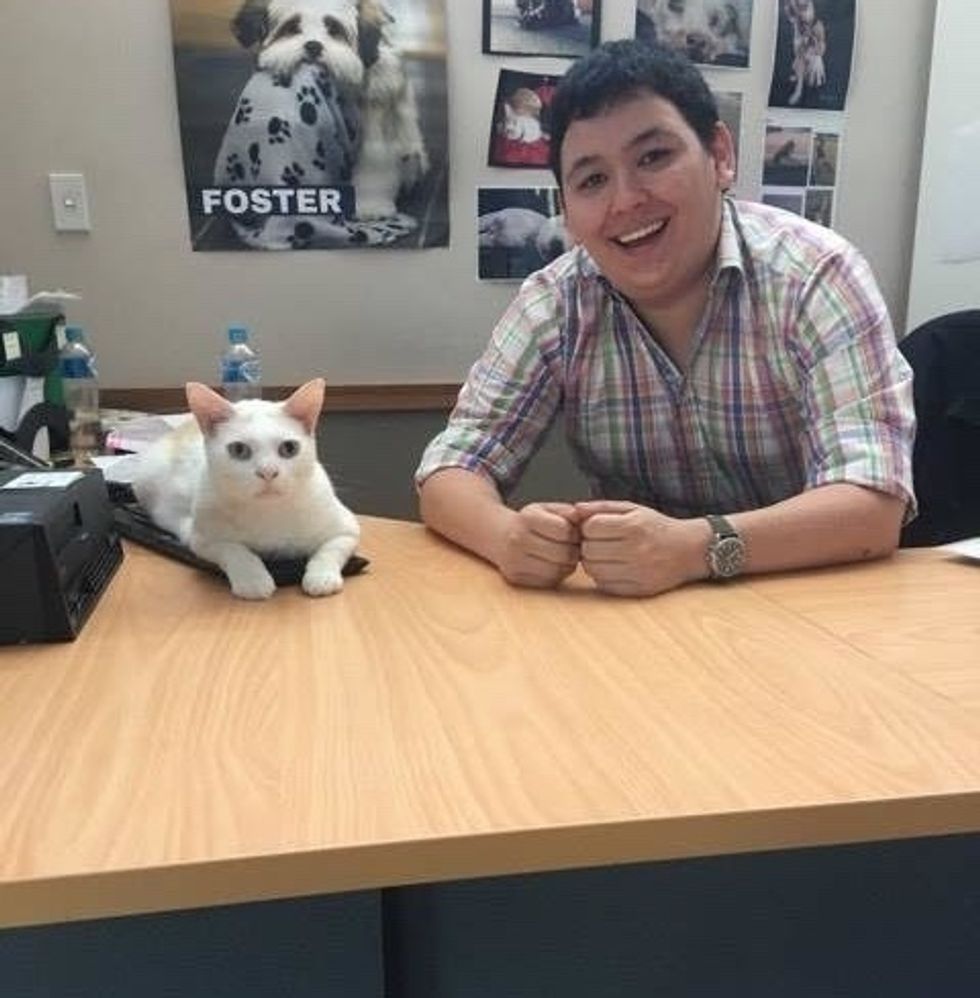 "To everyone who is wondering what happened to Champas the long term resident of Kemps Creek - he came home with me today, and after biting my hand, went straight to sleep." - Nathan said via Animal Welfare League. 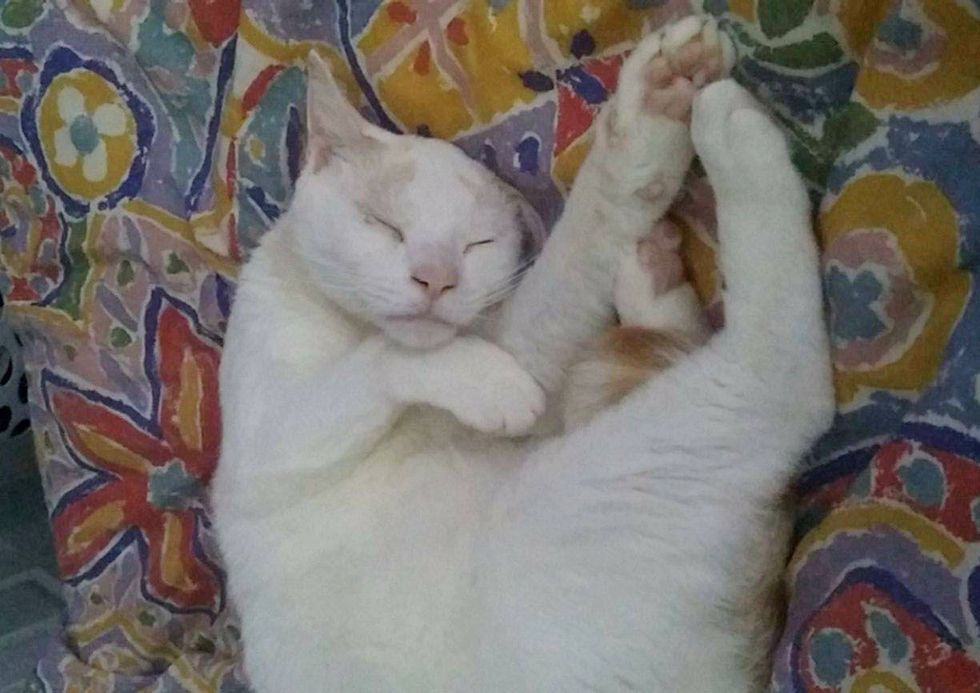 Little Champas has already taken over his human's bed and is loving his new life.

He's enjoying this Valentine's Day with the people he loves. 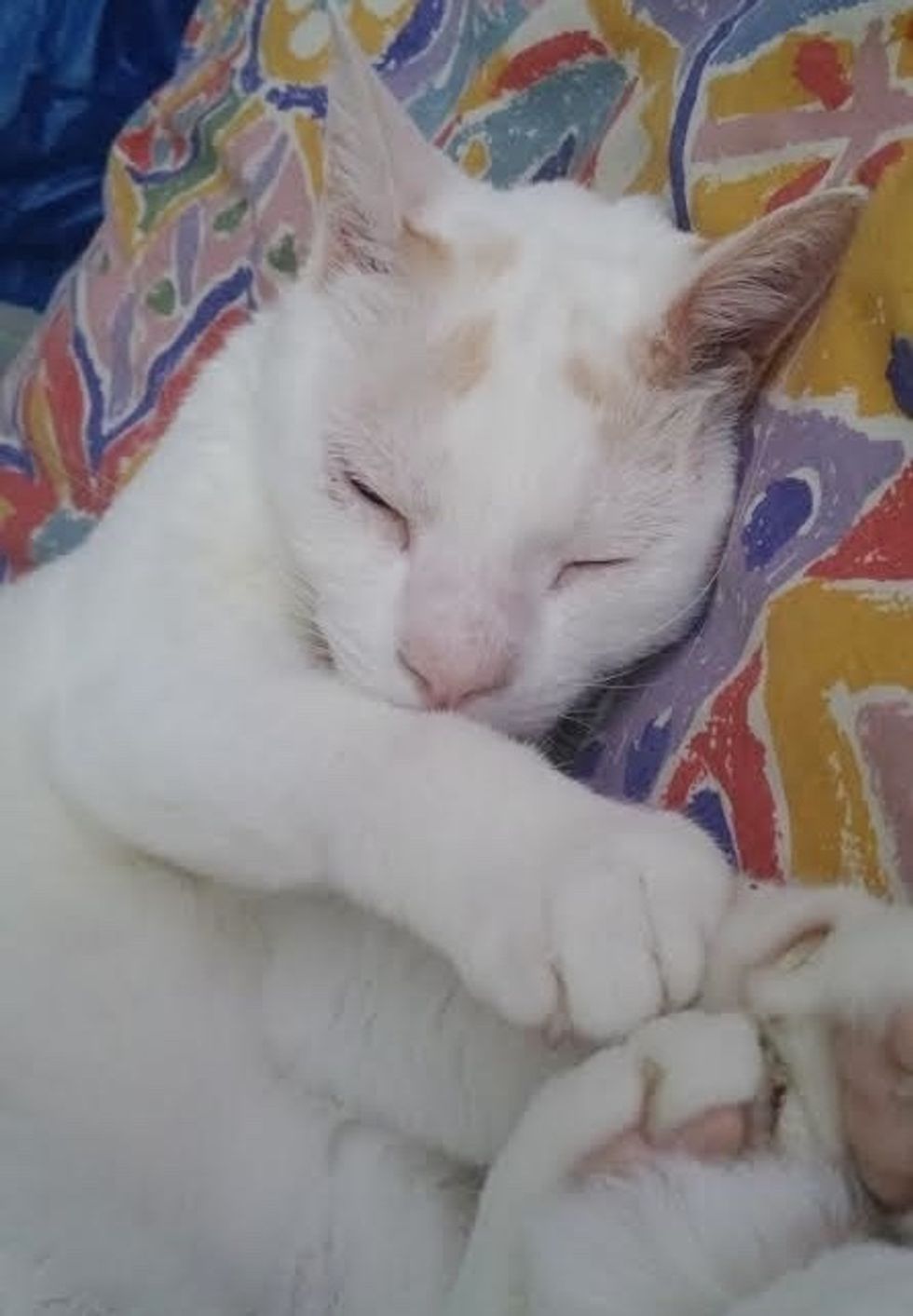 Related story: Shelter Cat Was Looking For Home, Ended Up Helping 10 Other Cats Get Adopted