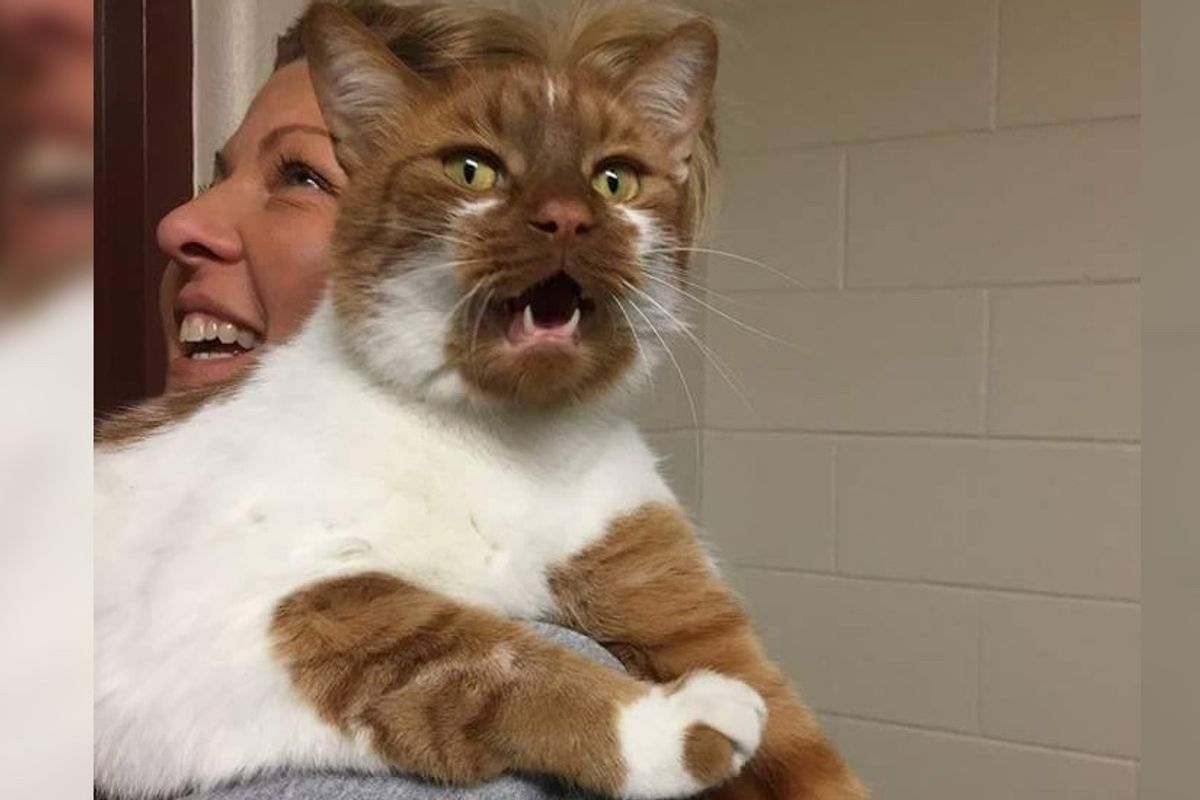 Shelter Cat Was Looking For Home, Ended Up Helping 10 Other Cats Get Adopted

A shelter kitty named Peter was looking for a home but he ended up helping 10+ other cats and dogs get adopted too. 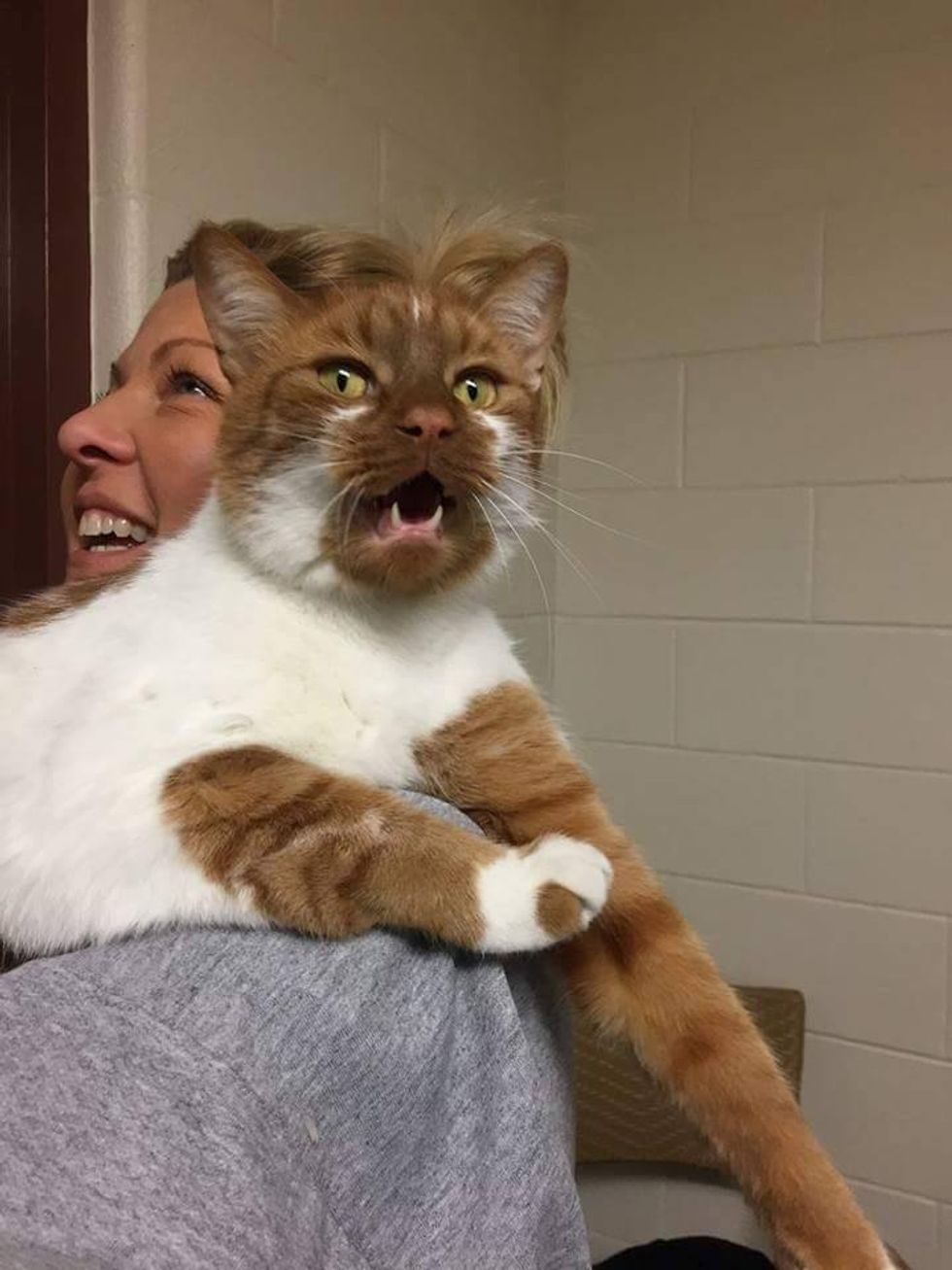 When Genesee County Animal Shelter Dogs and Cats posted photos of an affectionate ginger and white kitty, Peter, hoping to find him a good home, they got more than they expected.

"Peter is a big love. He just wants to be held, snuggled and talked to. He is very unique looking and neutered," the shelter wrote in a description about the cat on Facebook.

Right after they posted the photos, they quickly went viral and the post was shared more than 10,000 times. 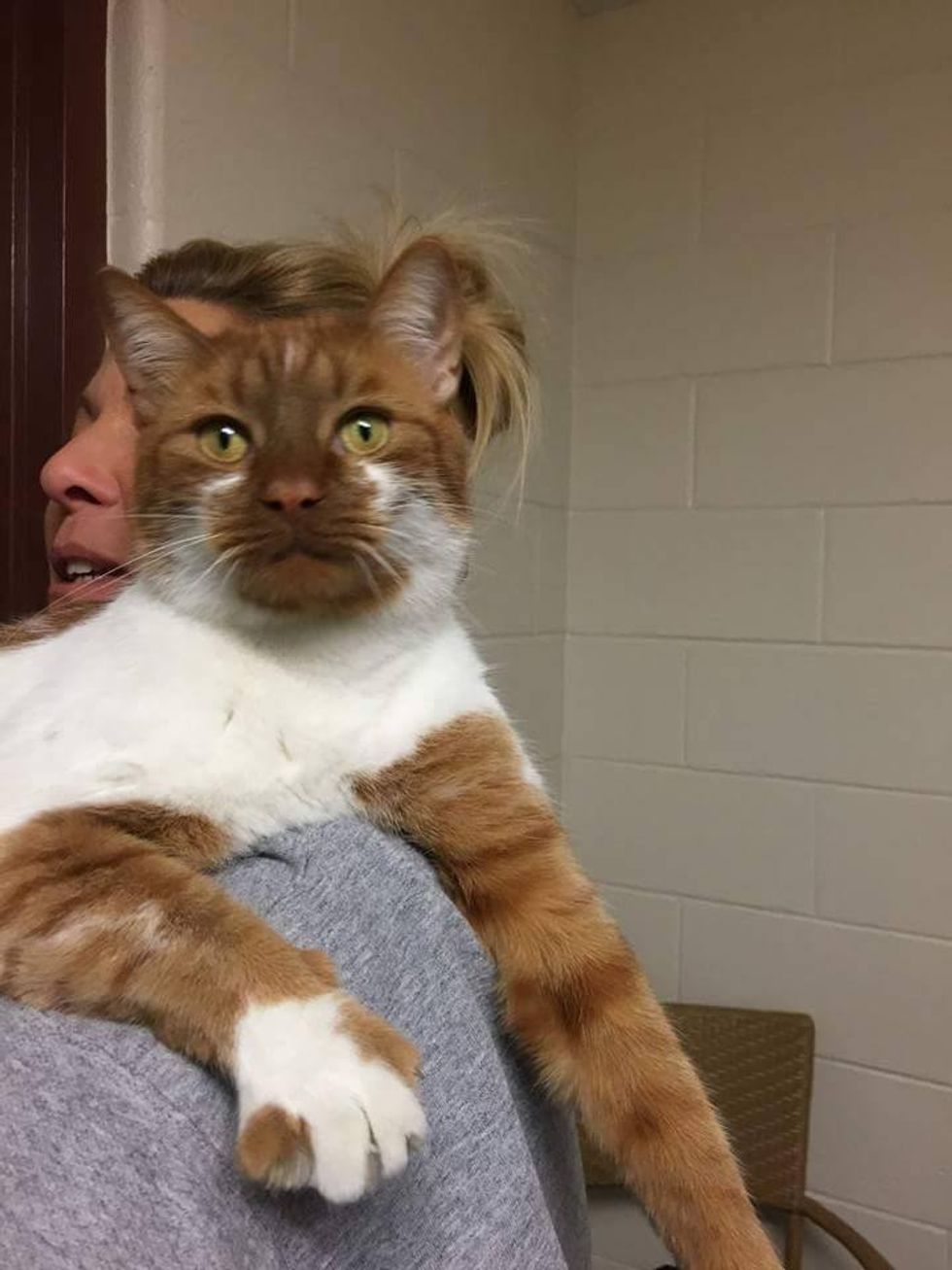 Peter has unique markings on his face and a big purrsonality to go with the look.

He was in the shelter for seven long months. The staff decided to take photos to help him find a good match. It didn't take long for the public to react to this little charmer. 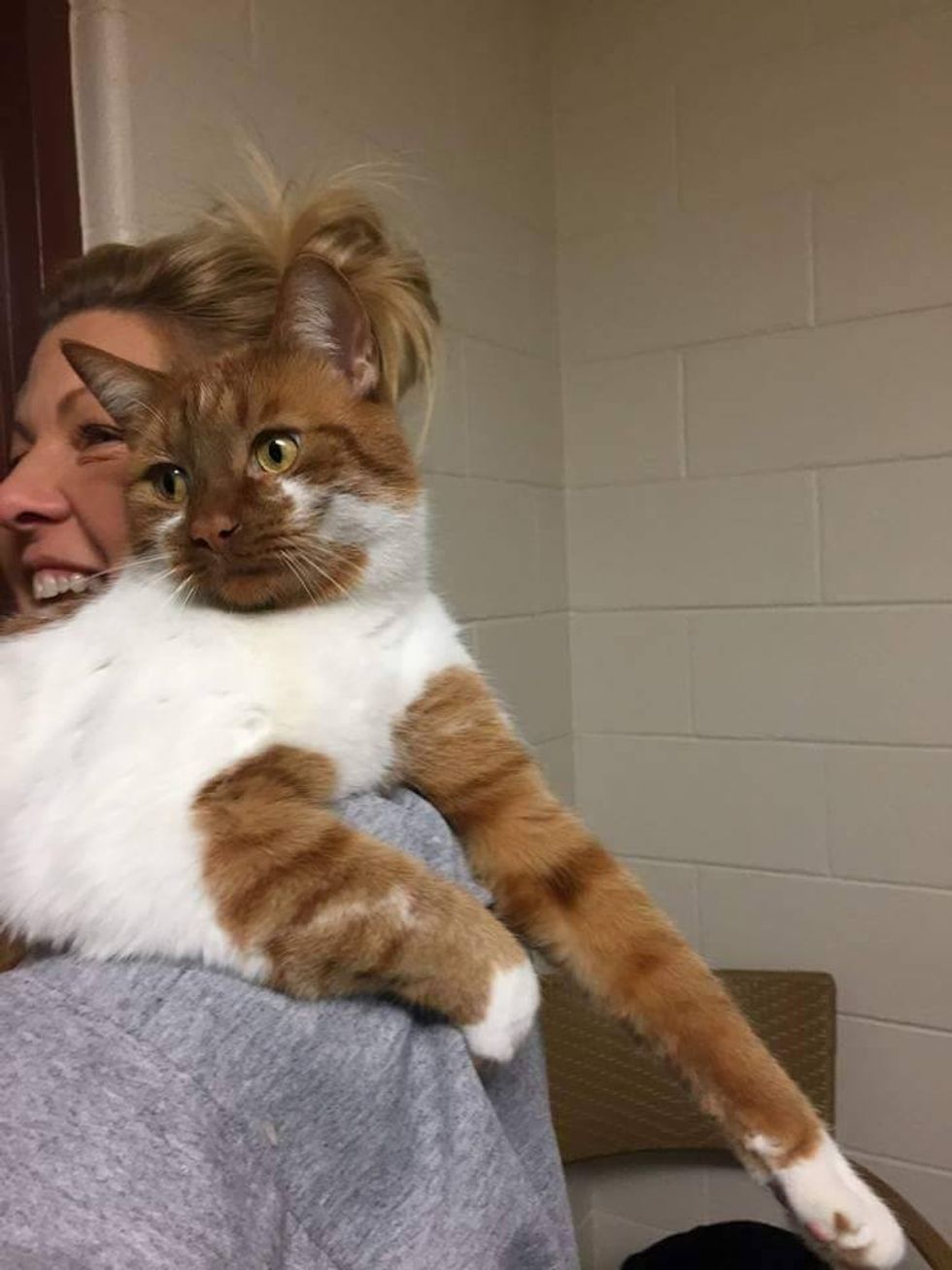 Everyone fell in love with Peter, and around 28 people came before noon, hoping to take him home.

The ginger boy giving his caregiver a kiss on the nose. 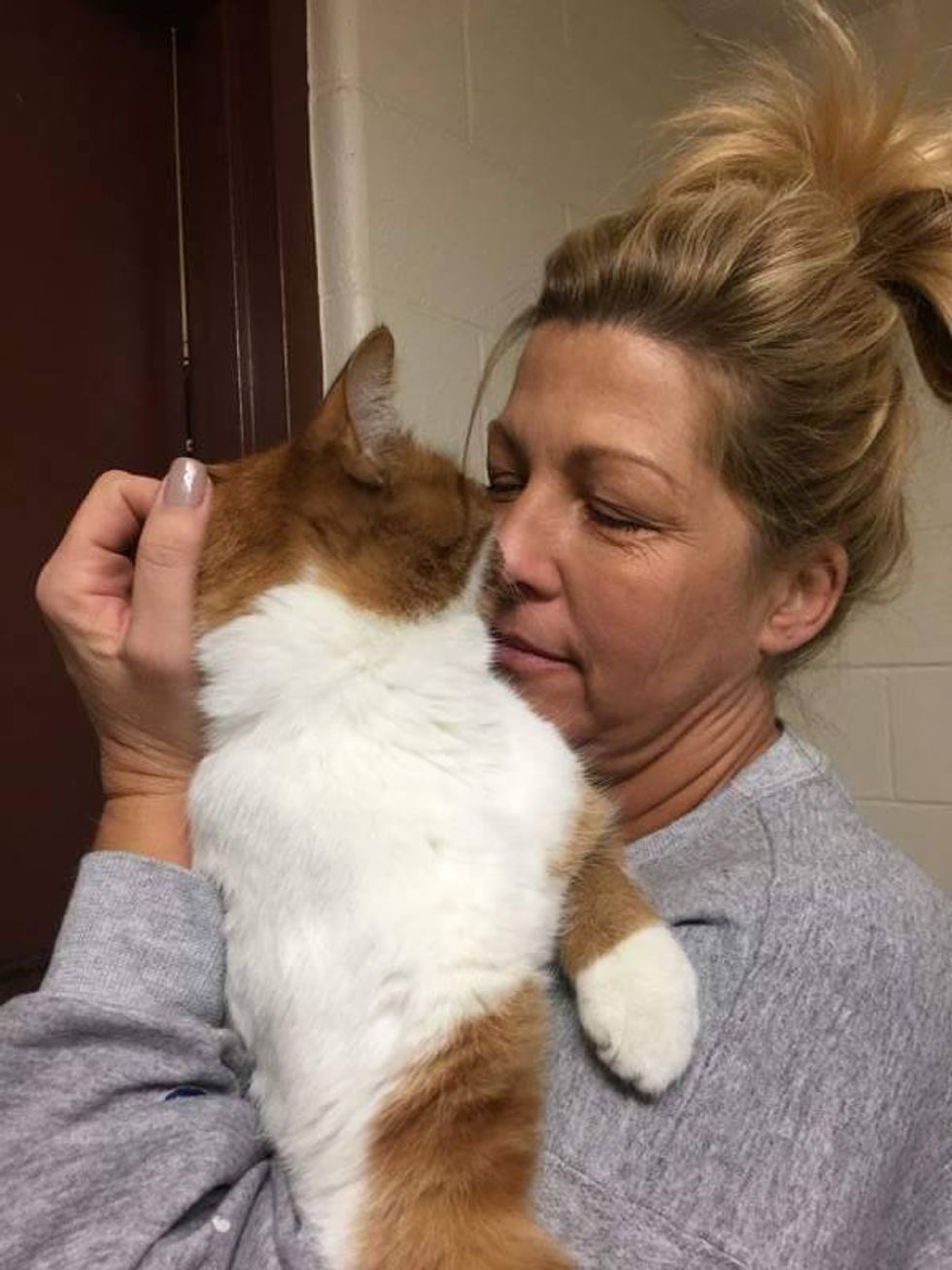 Melissa Graham was the first to walk in the door to meet Peter. It was love at first sight. The ginger boy cuddled up to her and made her his forever human.

With help from the Internet, not only did Peter find a loving home, but more than 10 other cats also got adopted that day. 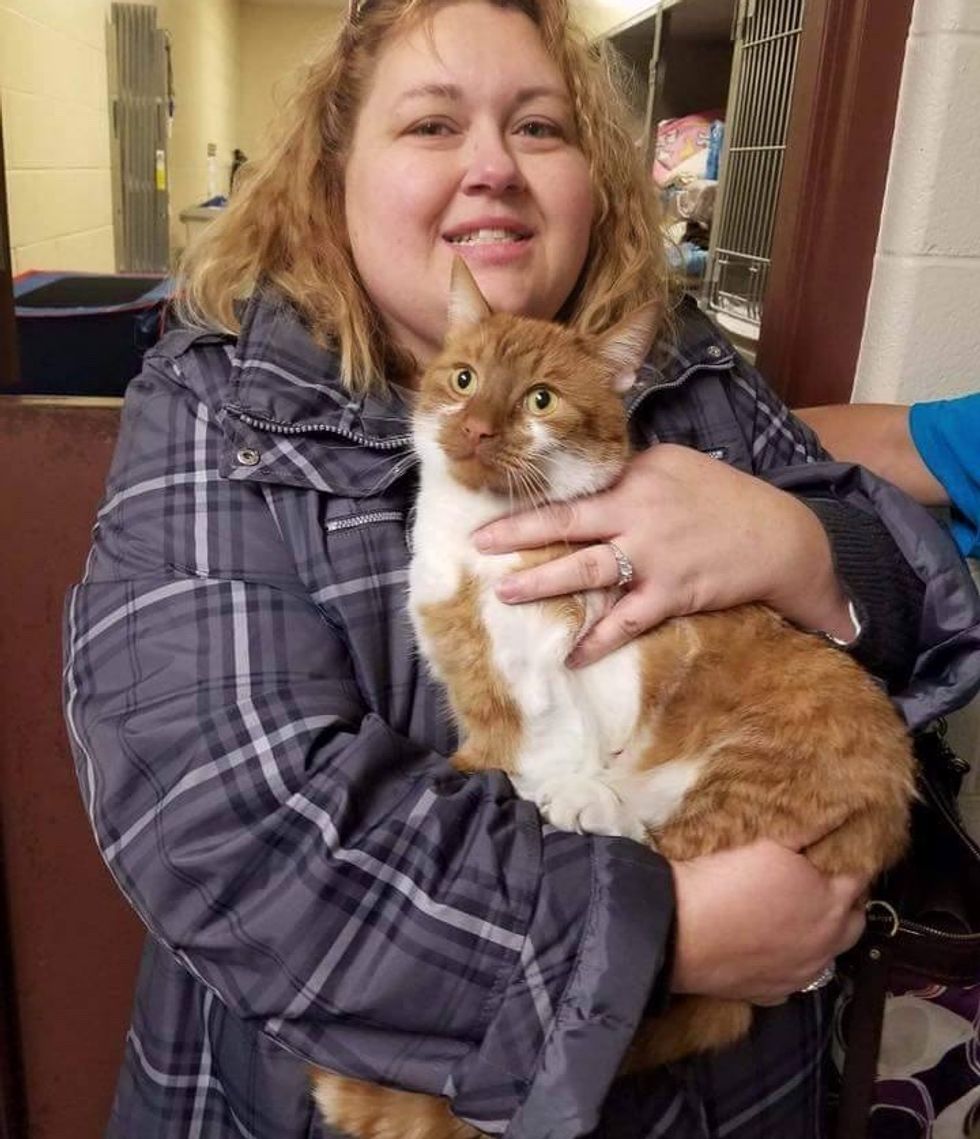 Peter found his favorite spot at his forever home. 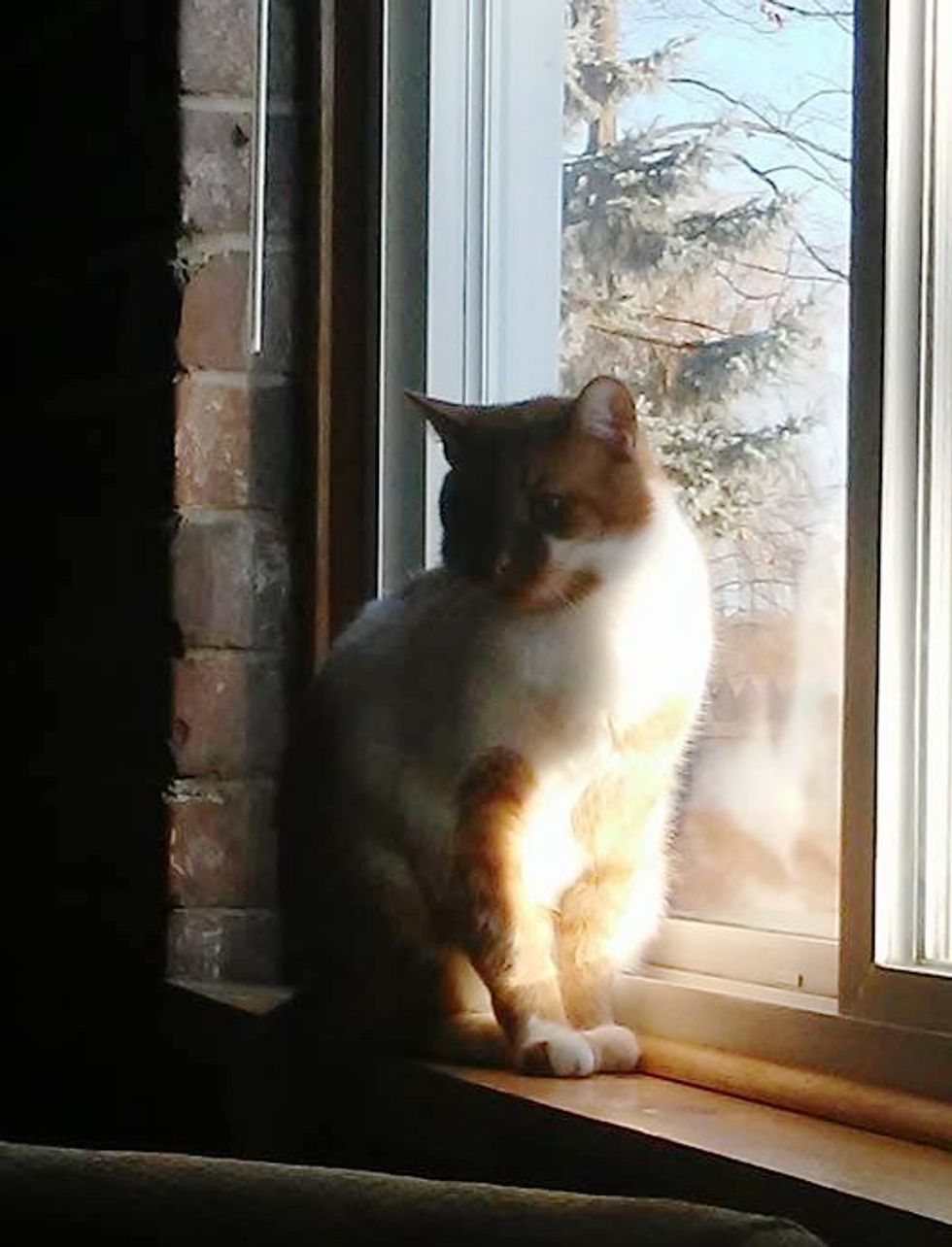