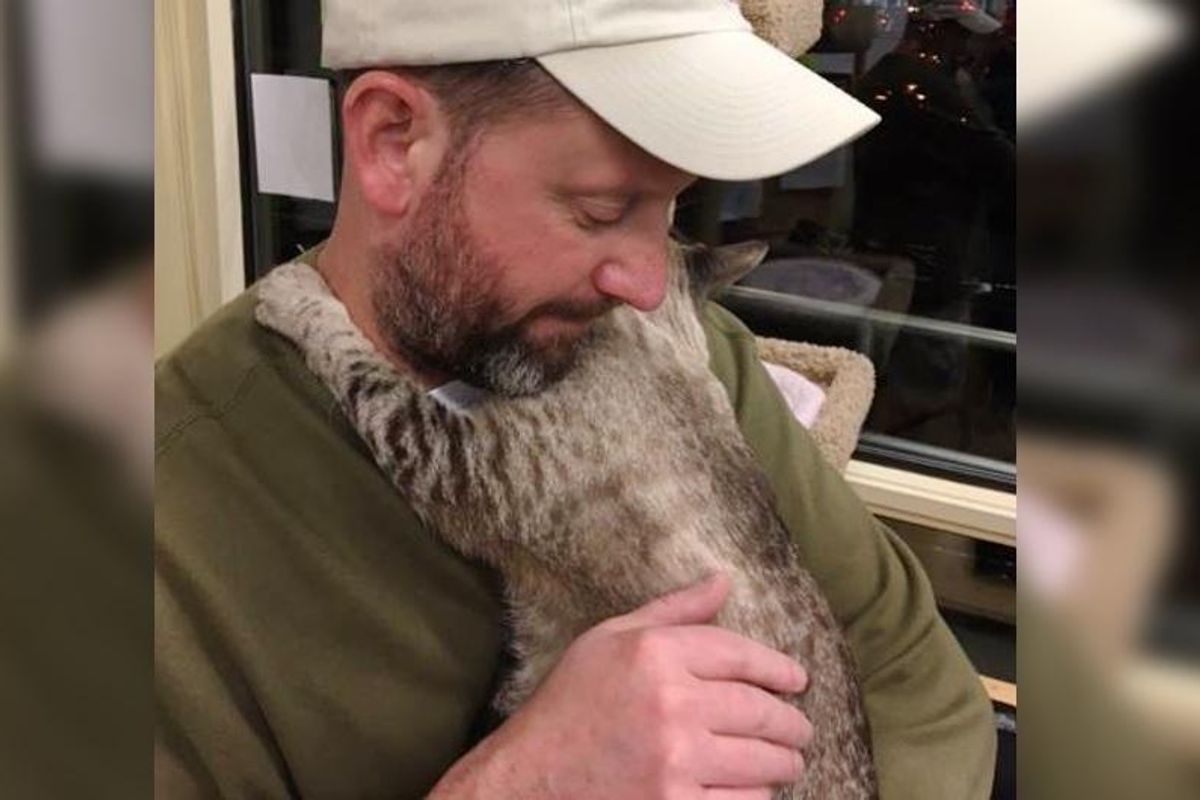 Cat Was So Scared to Leave Hiding But the Moment She Found Her Forever Humans...

A kitty was so shy and scared that she didn't want to be near any humans, but the moment she found love, it turned her life around. 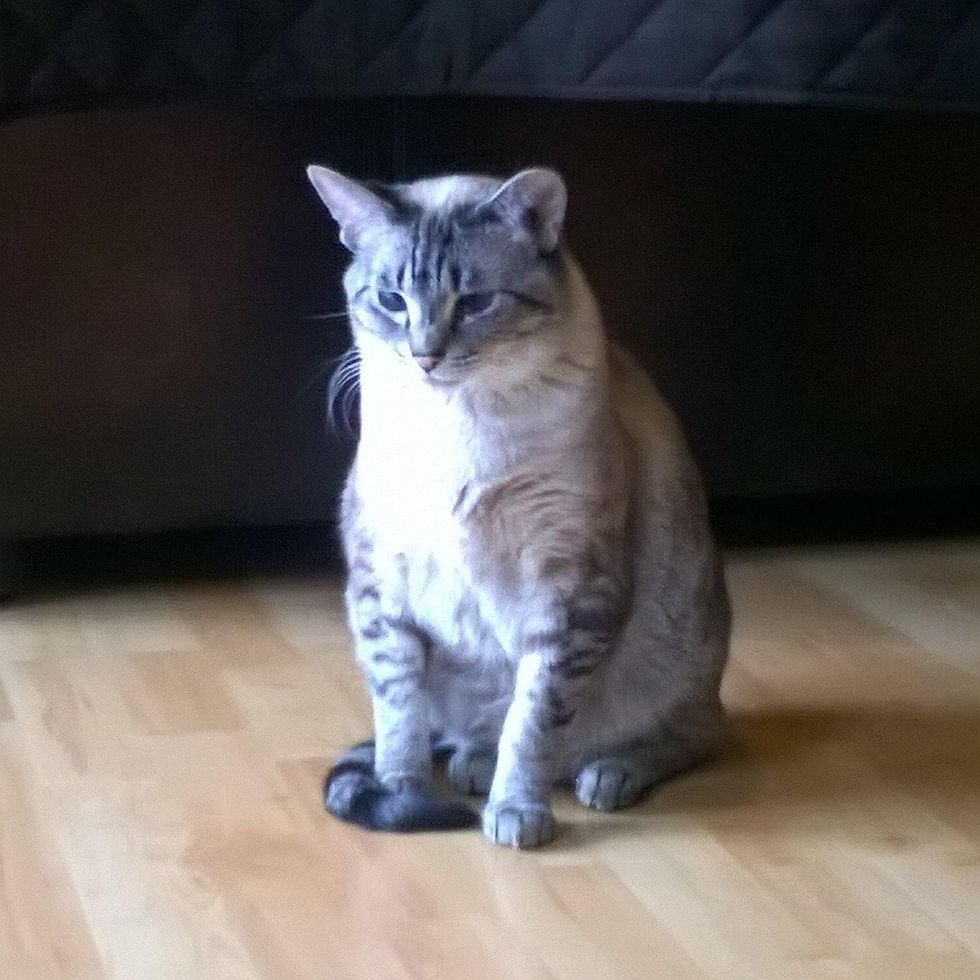 In January 2016, Symphony was rescued along with 46 other cats and kittens that were found abandoned in deplorable conditions.

Pasado's Safe Haven got the kitties to safety and reached out to local rescues for help. Two year-old Symphony and 10 of her feline friends were taken in by Purrfect Pals, a rescue in Arlington, Washington, where they were given medical care, food and plenty of TLC.

They all needed a lot of socialization, particularly Symphony, who was petrified when she arrived at the rescue. "Symphony came in scared, shy, under-socialized, unspayed and with an upper respiratory infection," Purrfect Pals shares with Love Meow.

The Siamese cat didn't know how to accept love, but the rescuers were determined to help bring her around. 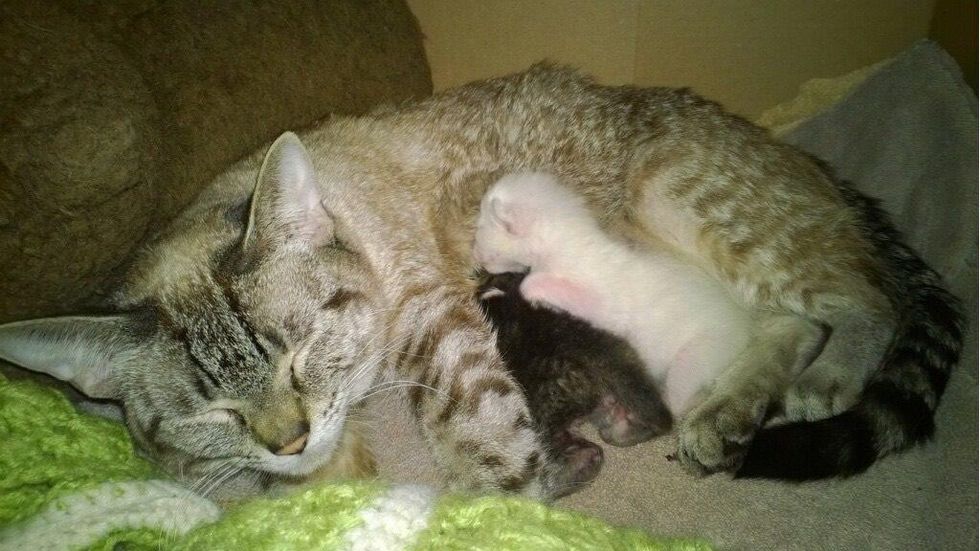 "She had come from a hoarding situation where many of the cats had passed, and she'd had two kittens, but didn't know how to care for them," Lia, volunteer of Purrfect Pals, told Love Meow.

Symphony was immediately placed in foster care as she needed much socialization. "She spent time in our intense socialization program at the Monroe Reformatory with an inmate specially trained in working with these cats, and it did wonders for her." 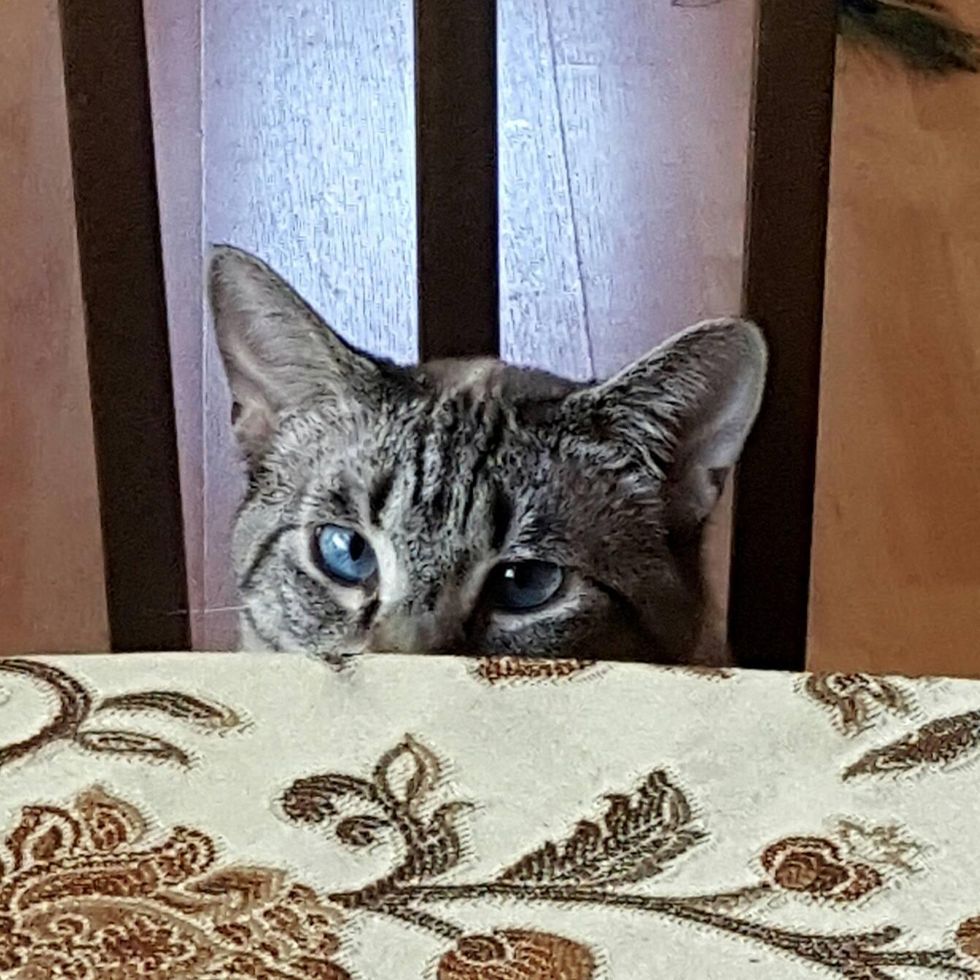 After months of fostering, Symphony was finally ready for adoption. She came to the adoption center where she was welcomed with open arms by Lia and her husband Larry, both volunteers at the rescue.

"It was Monday, December 19th, a couple weeks before Christmas and Symphony was the only cat. I wanted to take her home for the holidays, so she would have constant care and attention. I fell in love with her that morning. She snuggled and burrowed into my arm," Lia told Love Meow.

"She came with a hand-written letter from the prisoner who had helped socialize her, explaining how she needed to be loved and treated gently, and to be generous with toys and play with her. My heart broke and I knew we needed to bring her home." 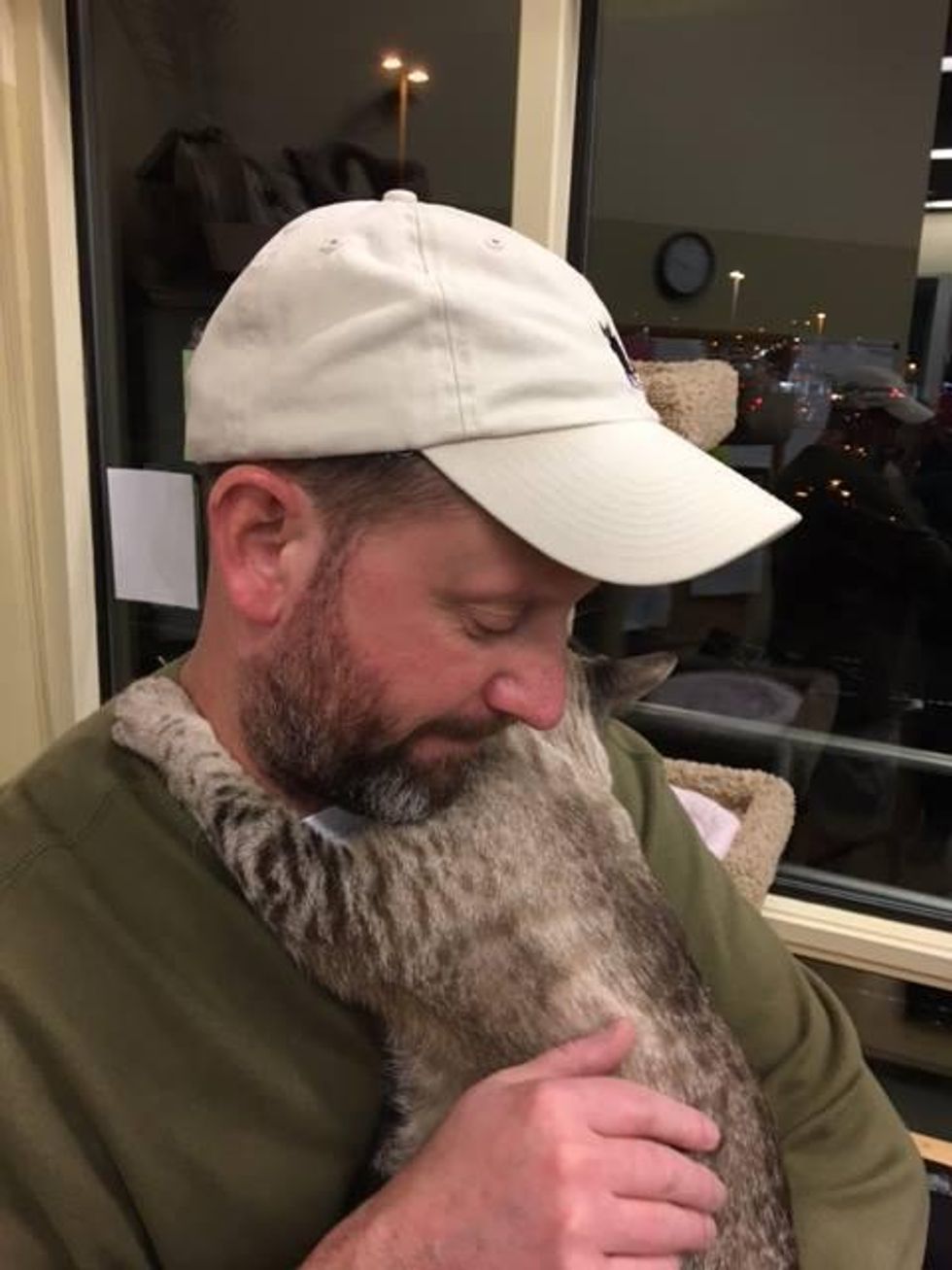 Symphony put her paws around Larry's neck when they first met.Purrfect Pals

The moment Larry met Symphony, the shy sweet girl put her paws around his neck, and Larry instantly melted. They knew that she had picked her family there.

"All the while Lia did the adoption paperwork, Larry held and reassured Symphony that she was going to be safe with them forever. With her immediate attachment to Larry and Lia, it's clear that Symphony chose her people and is in her perfect home," Purrfect Pals said. 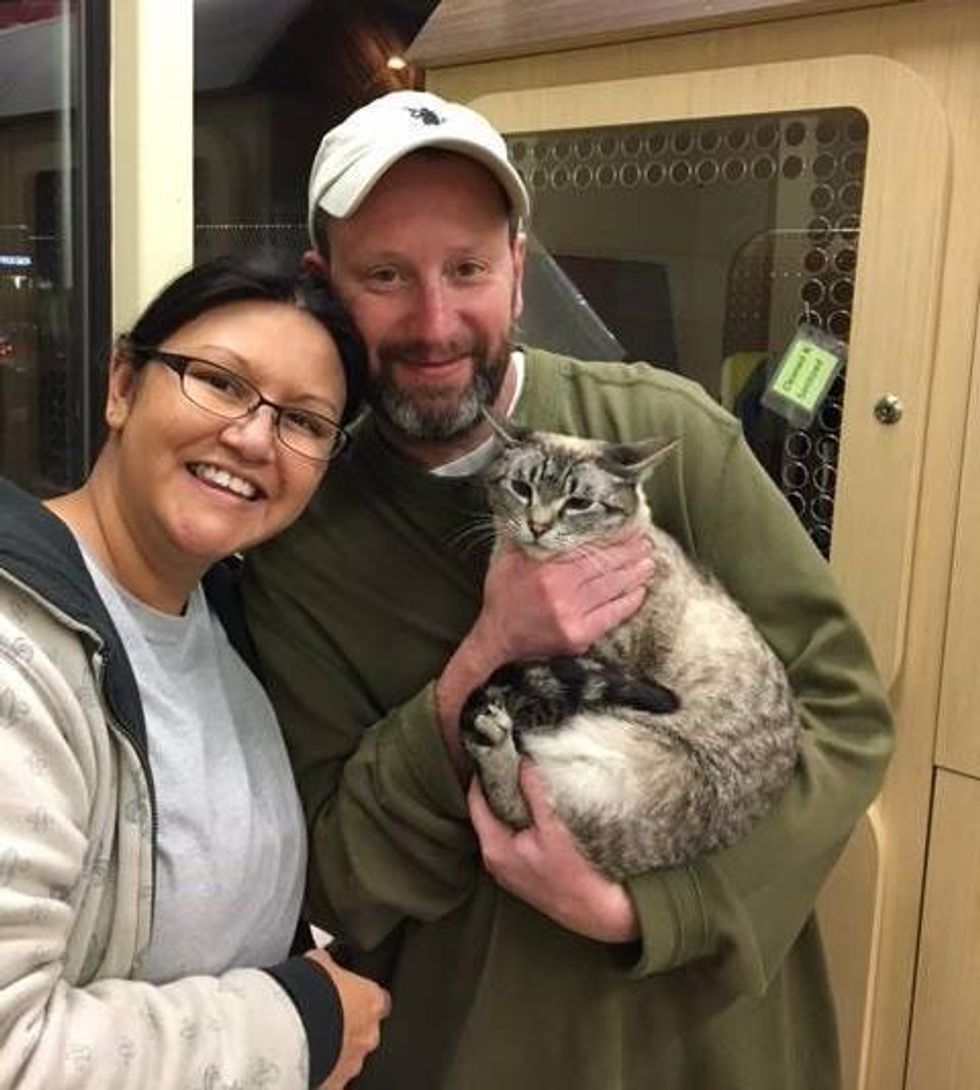 Symphony has truly blossomed in her forever home. She has come out her shell and even made friends with two other cats. The once shy and timid kitty is no more. Symphony is now purring aloud, surrounded by love.

"Moments like this, when a kitty who has had such a long, hard road to adoption finds that perfect, loving, true forever home, feed our souls and light our way through the dark times." 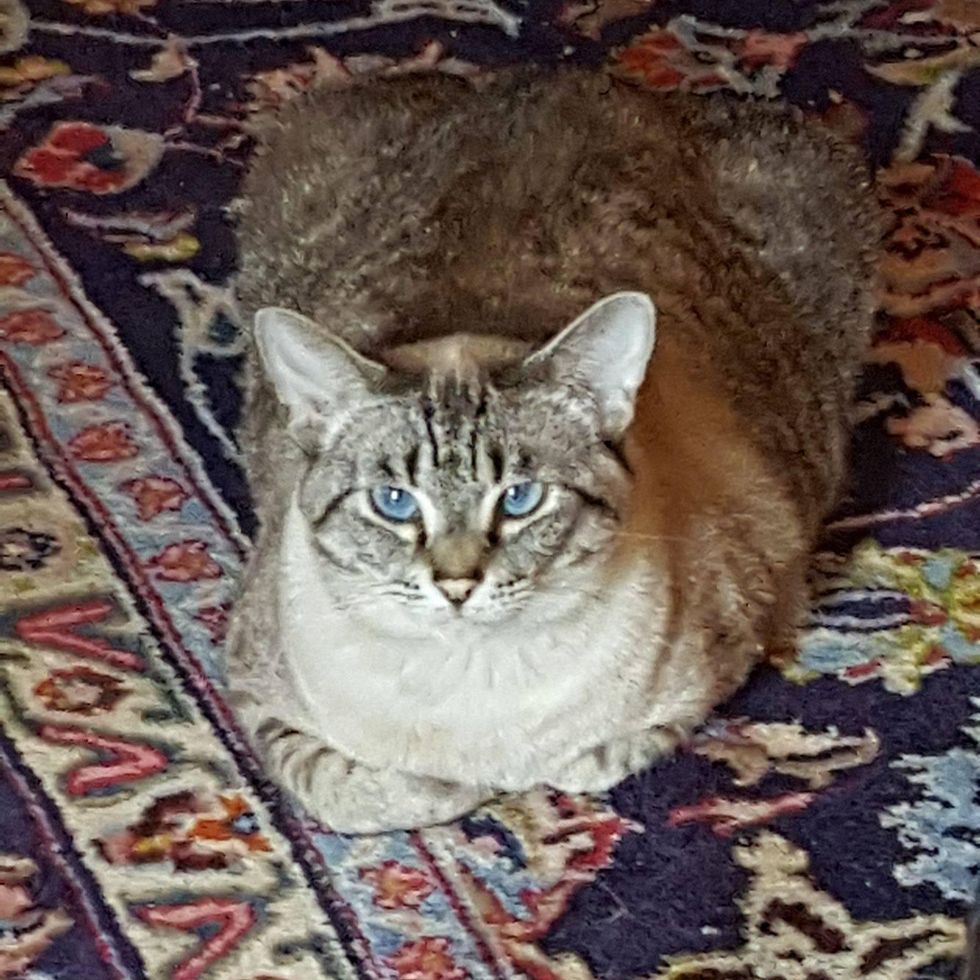