Sister Kittens Wrapped Around Their Little Brother and Save His Life... 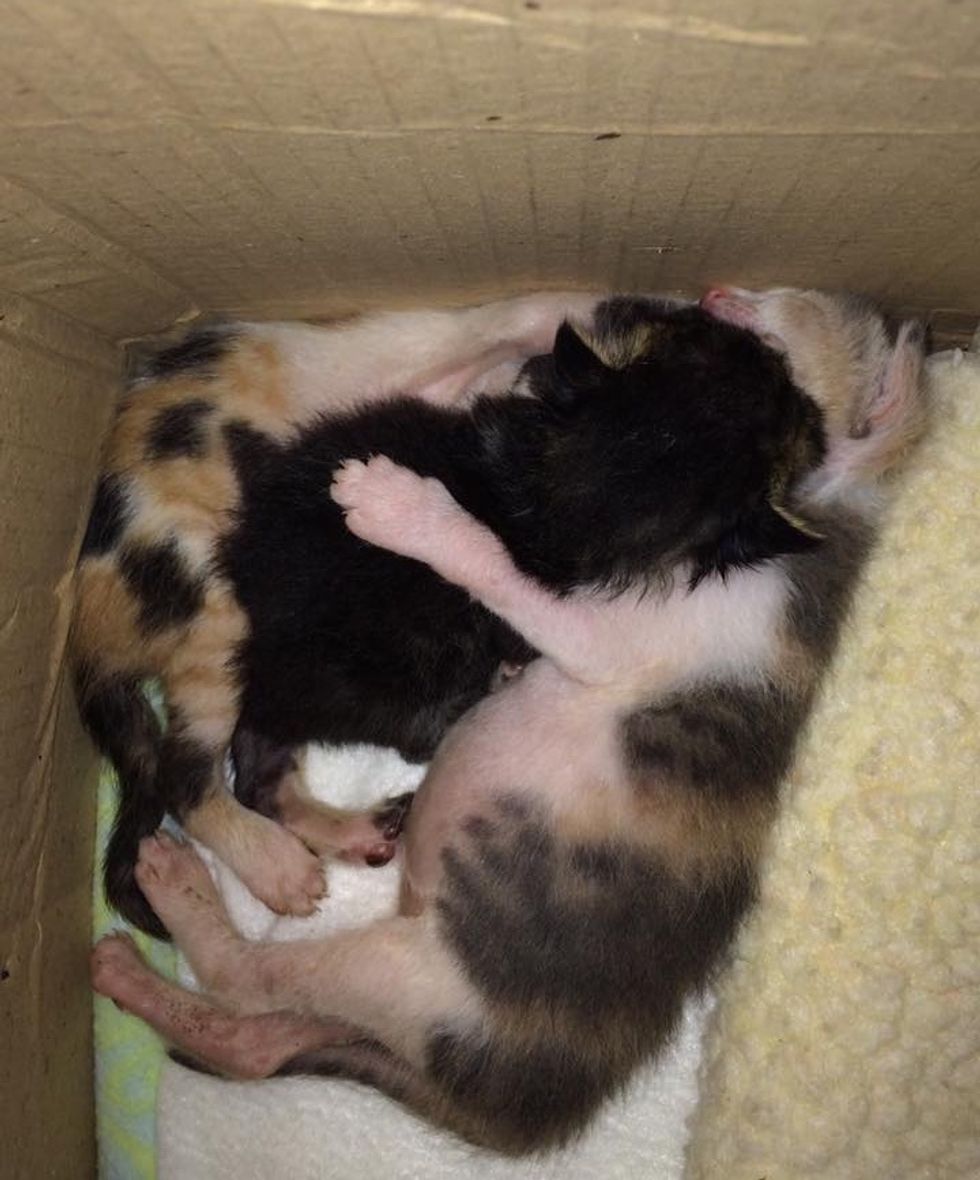 A year ago, Joan Bowell, animal rescuer, discovered a box left under a fig tree with two newborn kittens in it. The mama cat never came back for them. At that point she had no idea that the mother cat had two other kittens that she carried to some nearby tall bamboo.

"The temperature was well over 100 degrees F. that day and the baby kittens were panting from the heat," Joan told Love Meow.

She knew that she had to take them home or their chances of survival would be slim to none. "They were completely listless… but remarkably still alive! So I hurried home and gave them formula and within just 24 hours they were thriving!" 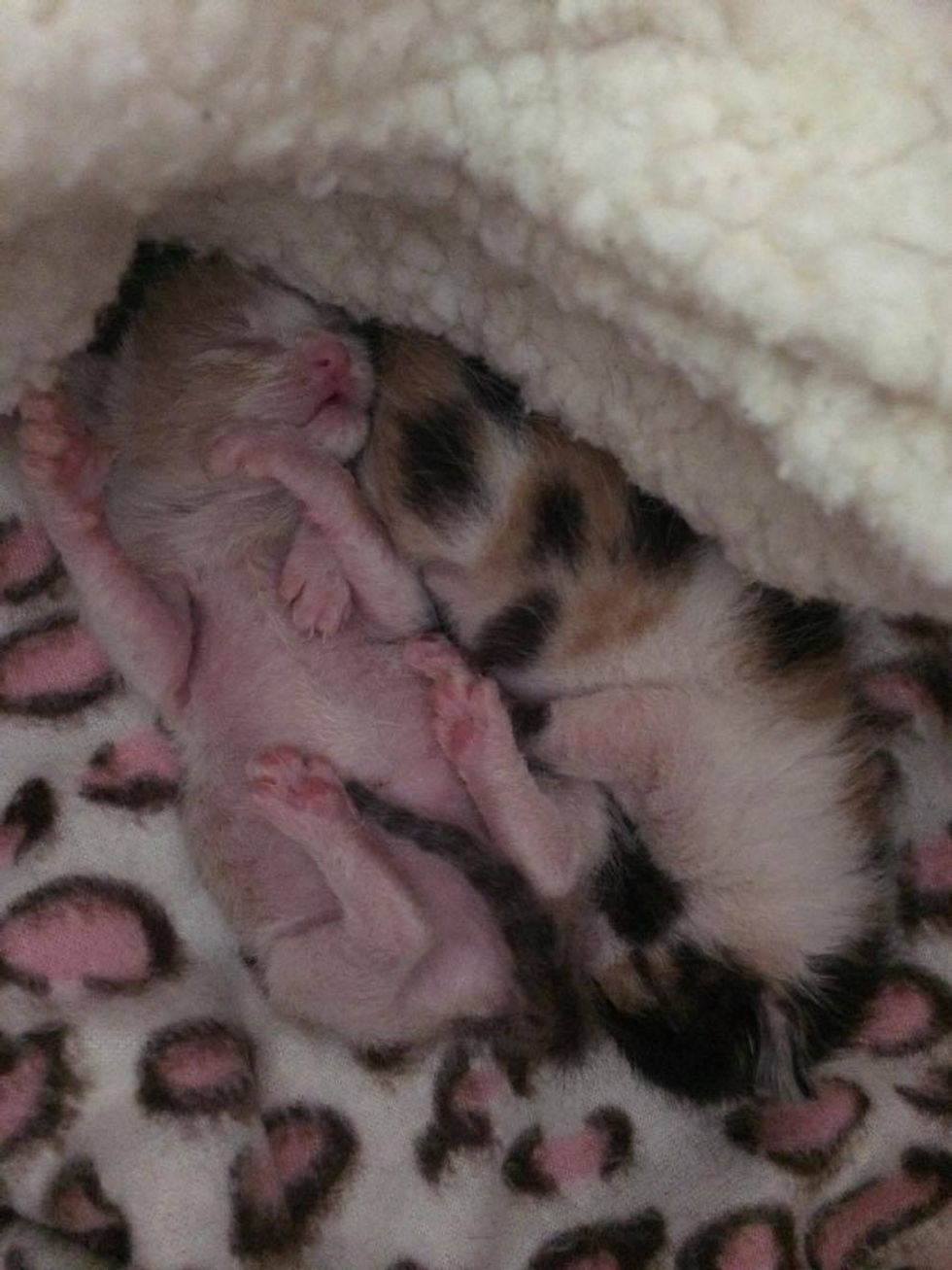 A week later when Joan was out feeding the feral colony, she heard a high pitched cry from the bamboo. "I rushed to the bushes because there was no sight of cat mama and here I found Chili and an already dead sibling which looked a lot like the other two I'd rescued a week earlier," Joan told Love Meow.

"Chili was in a very serious condition and it appeared like maybe mama cat had entirely given up on them some days earlier." 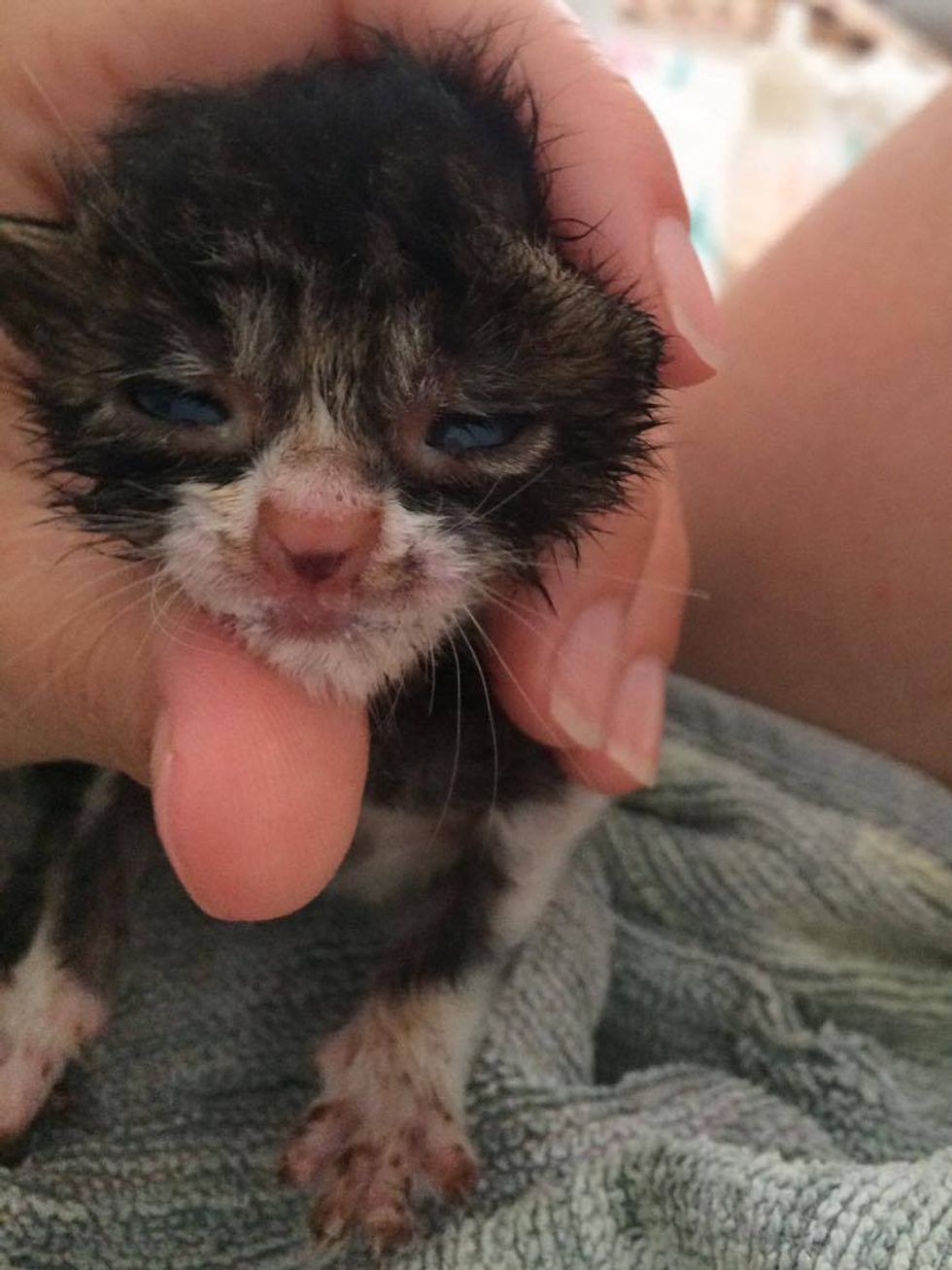 Chili after he was rescued.Joan Bowell

Joan picked up the kitten and brought him home. She cleaned out the crust on his eyes and gently washed him with a warm cloth. The tiny kitten was treated for fleas and eye infection.

When Joan reunited Chili with his two sisters, they instantly embraced him. 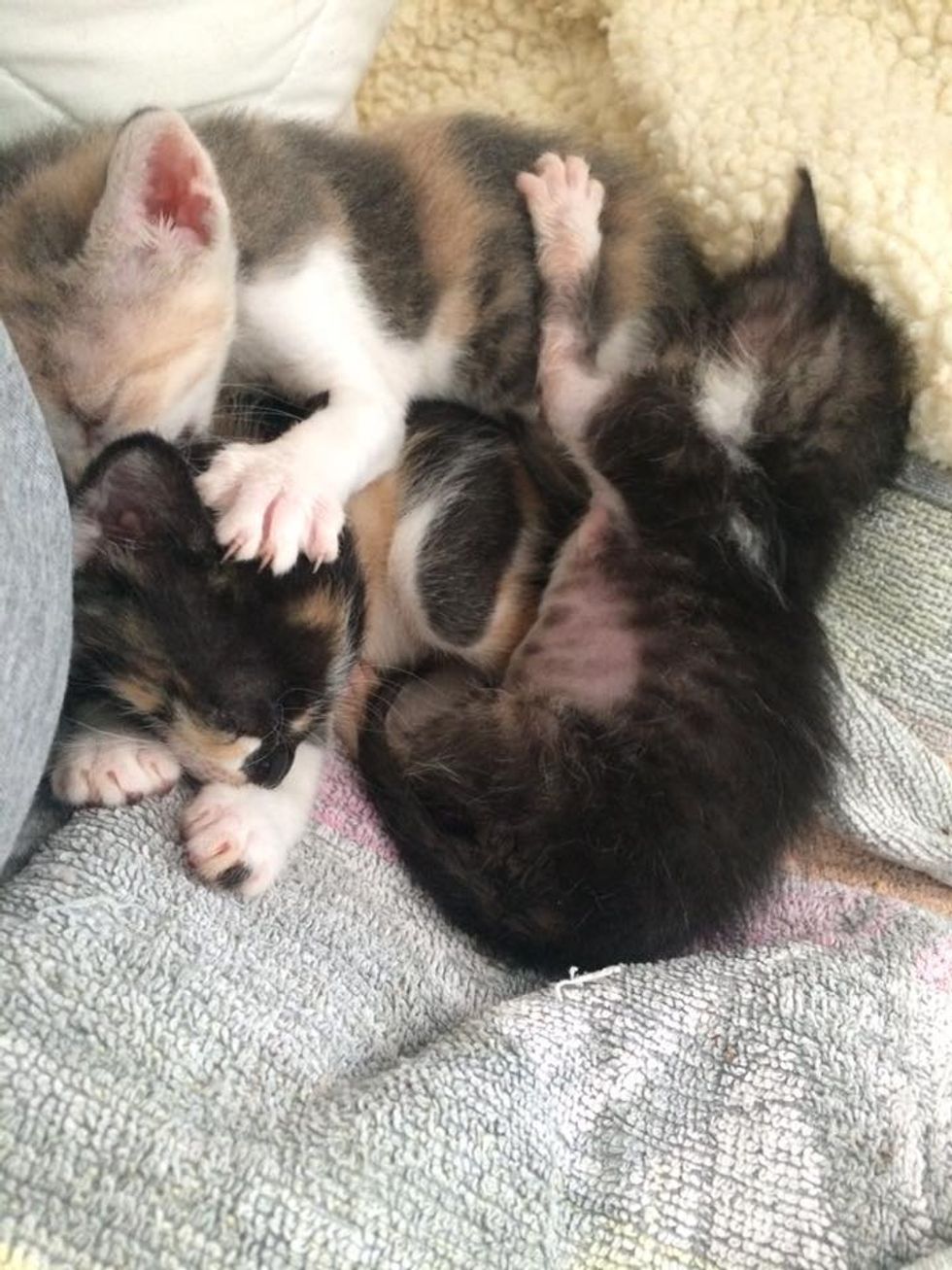 It is a miracle that he survived on his own for this long.

"Life surely wasn't so grand for him… He was barely alive yet he used his last ounces of life force to cry for help. Within 14 hours his eyes have gone from being shut closed as if glued and to both eyes being open." 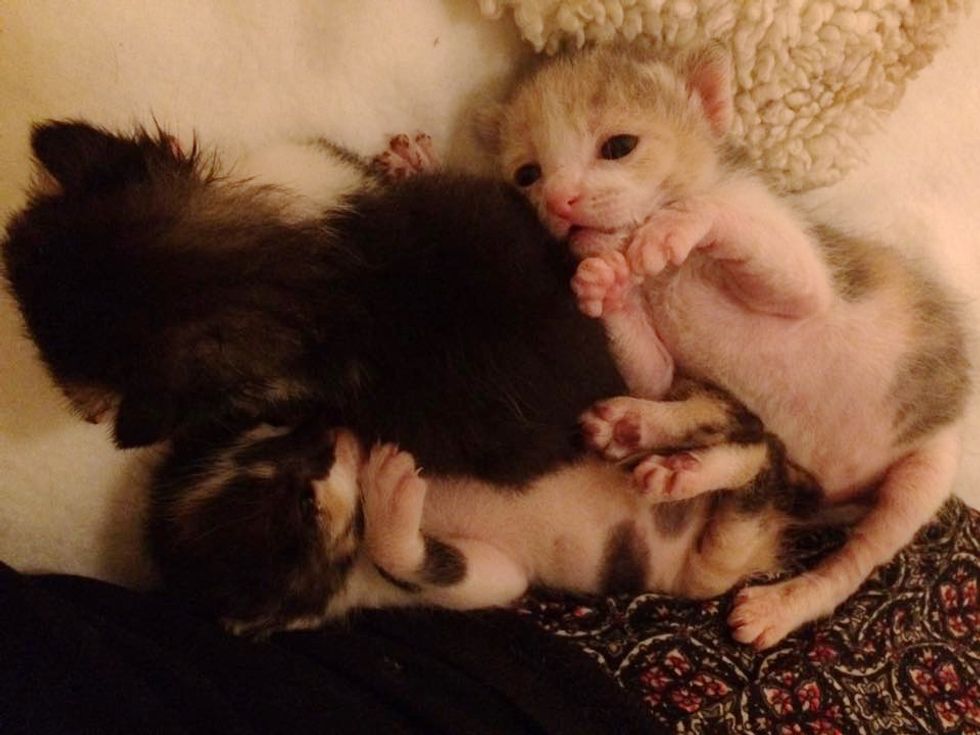 Chili clung onto his siblings for dear life, and Vanilla and Kanelli wrapped around him, giving him comfort and keeping him company. 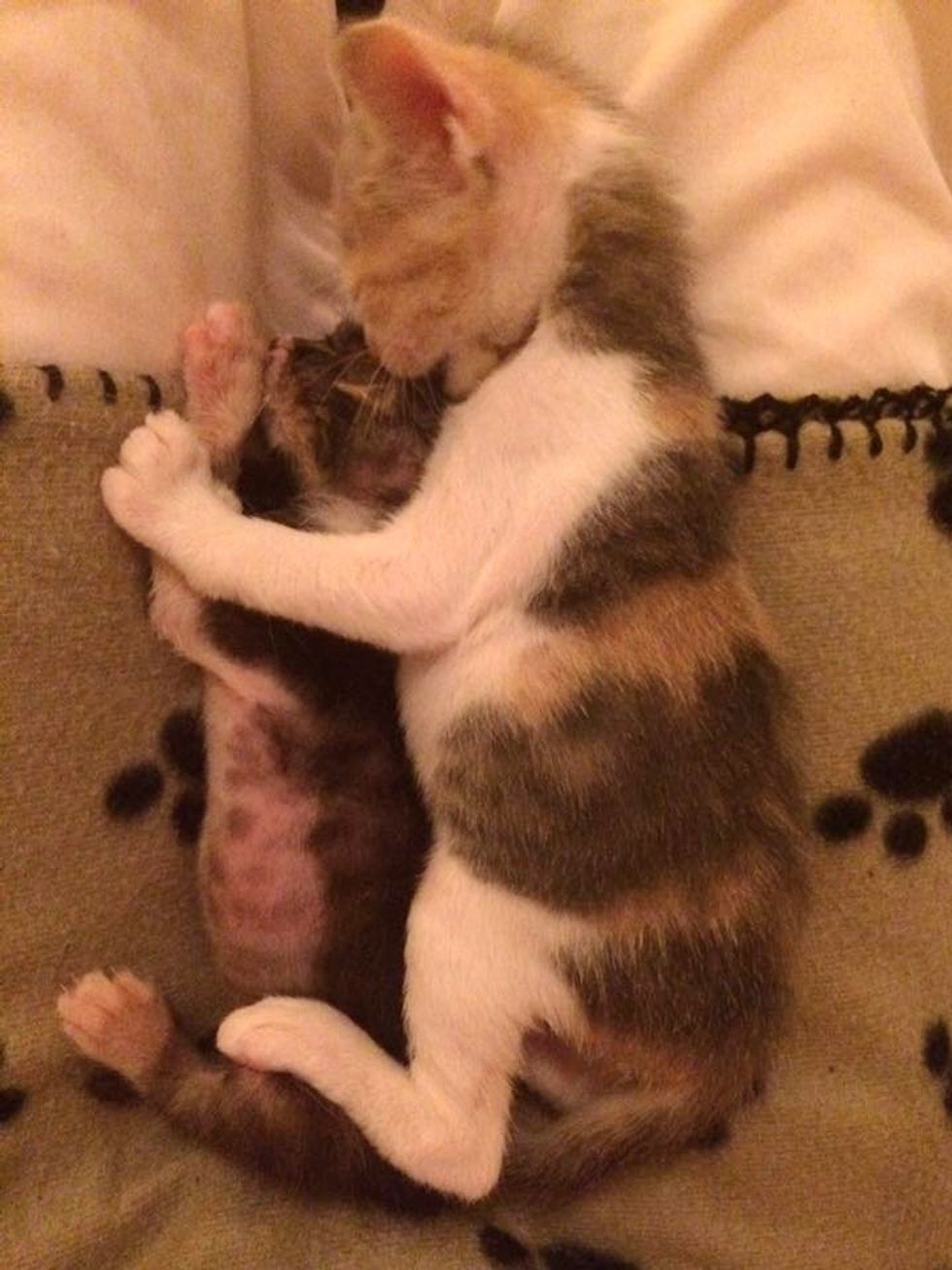 "The sisters opened their little paws to Chili after having been separated for a week and after they all lost their kitty mama," Joan told Love Meow.

Vanilla is very protective of her two siblings. 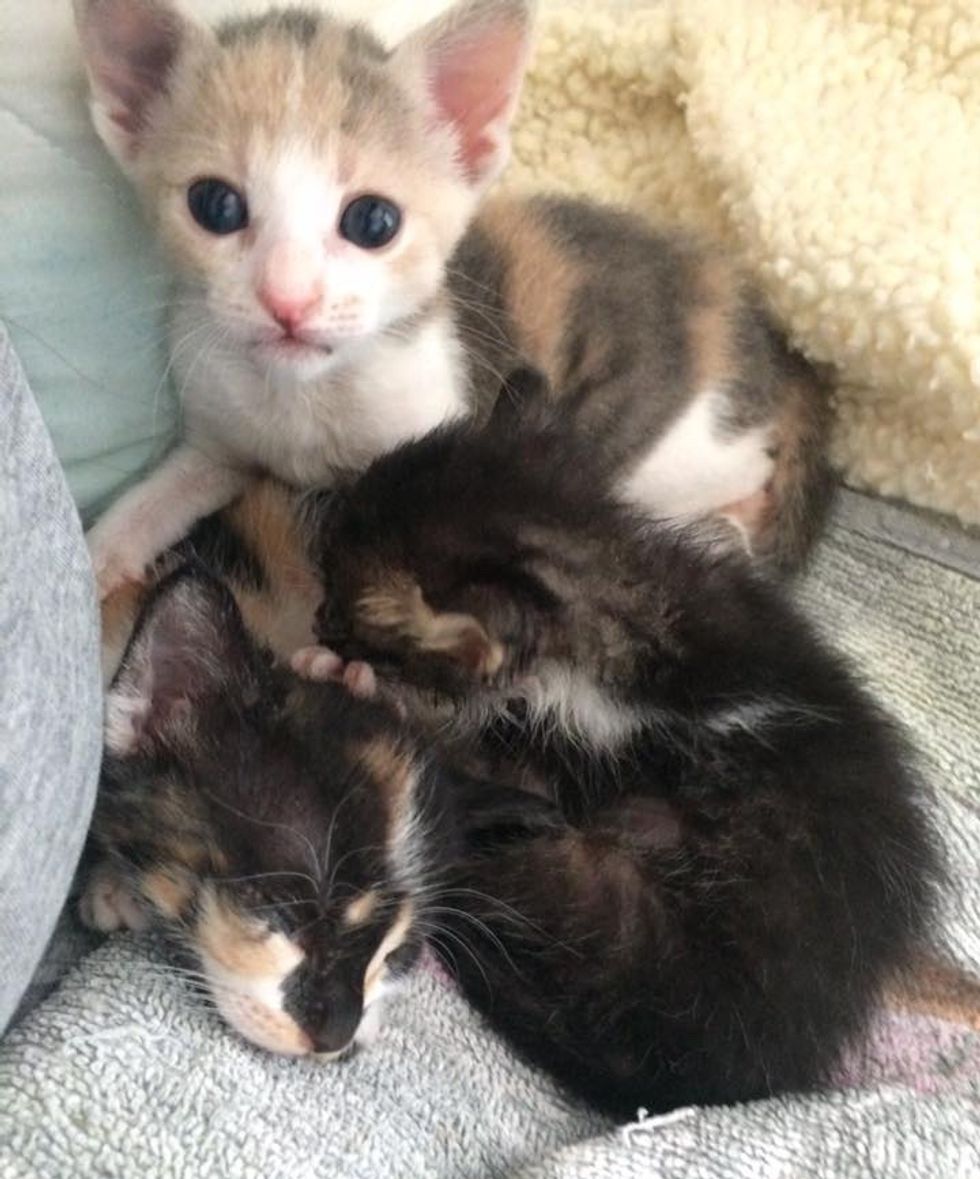 "Chili drew immense strength, warmth and comfort from the company of the two new sisters that he didn't even know he had. The soothing company of Kaneli and Vanilla were as much a part of his survival."

The tiny tabby boy was thriving with his protective sisters constantly by his hide. 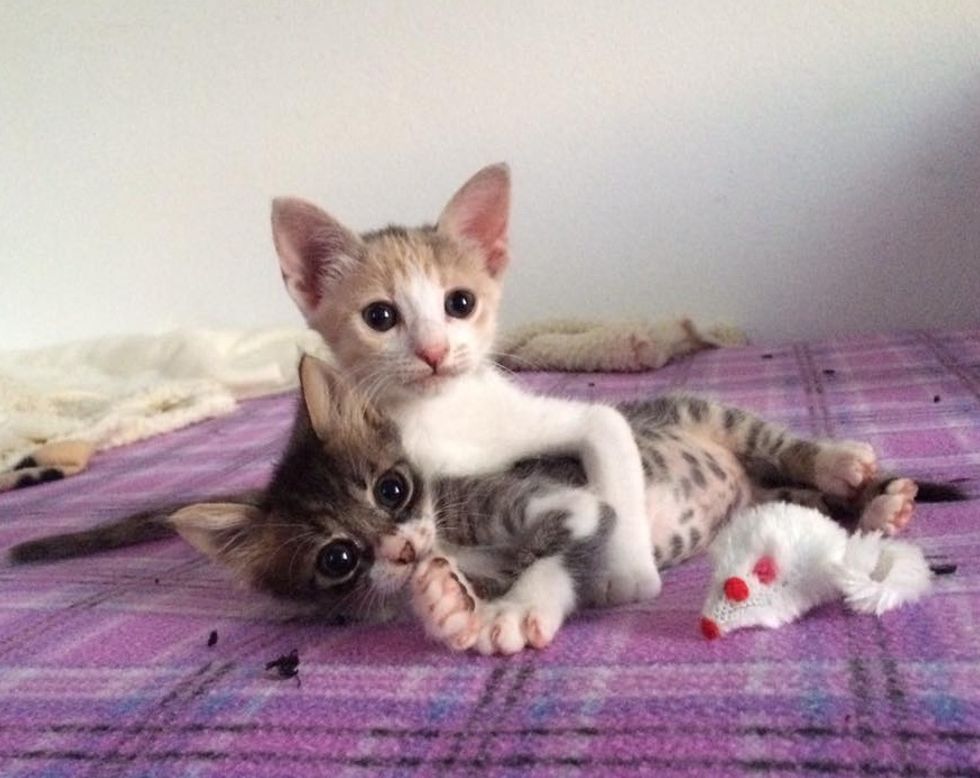 "At a little more than 1 week old he still weighed the same as a newborn kitten. At 2 weeks he weighed 160 grams, Kaneli 260 grams and Vanilla 280 grams."

Chili taking a nap with Kaneli. 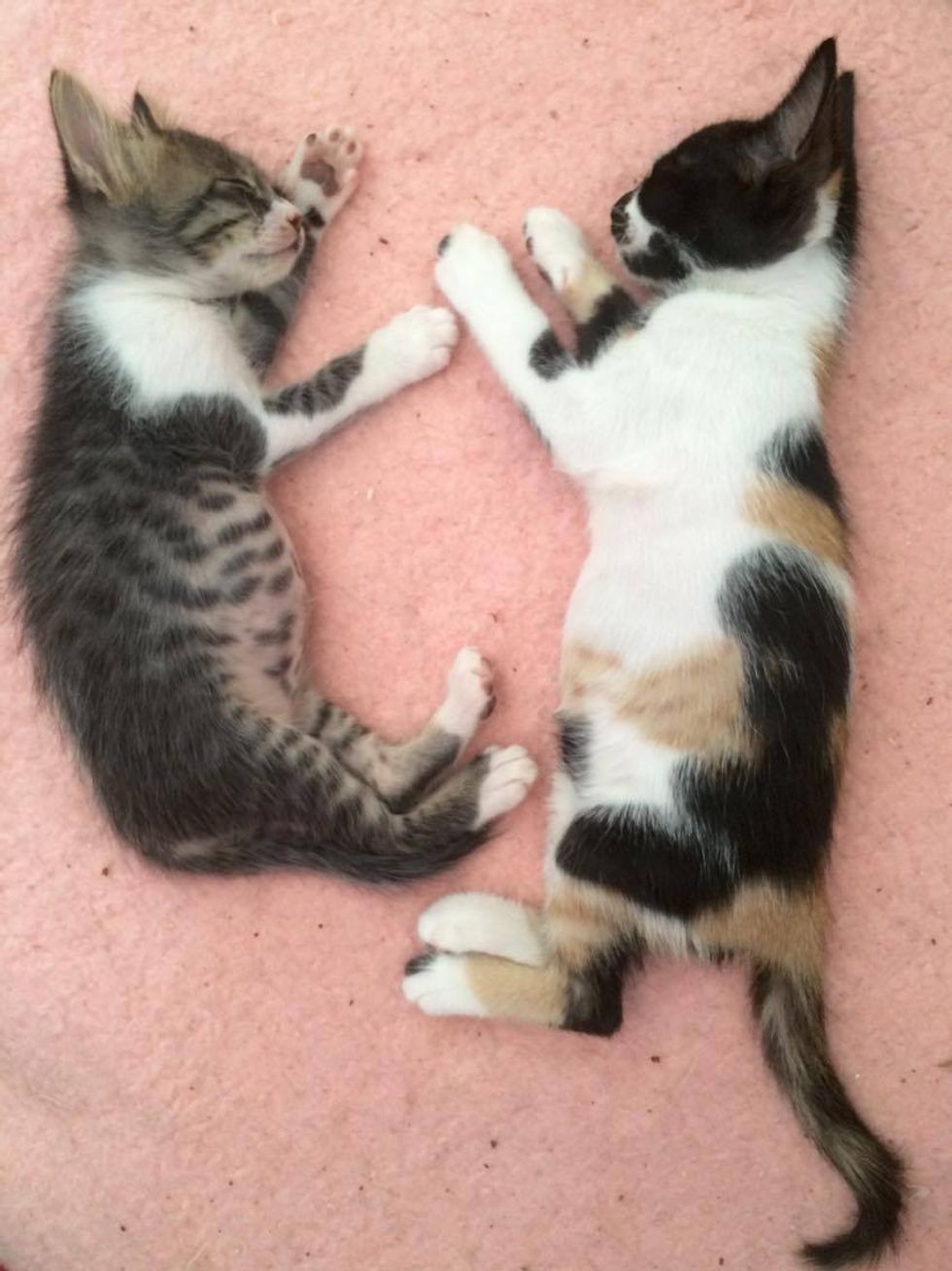 Vanilla showers her little brother with a lot of love and kisses. 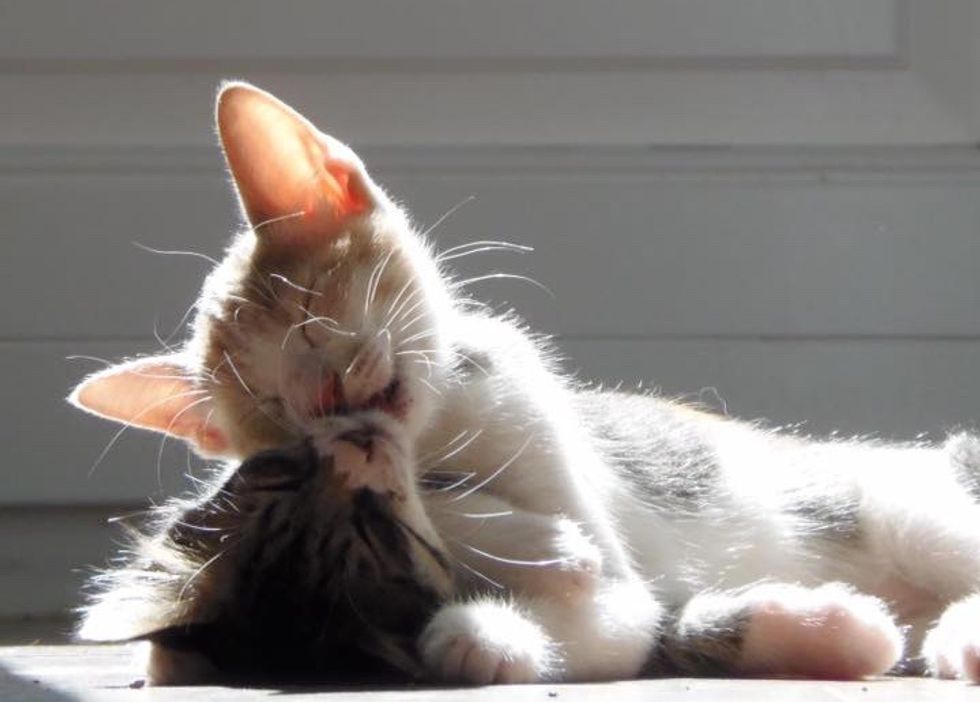 She gives him baths and looks after him every step of the way. 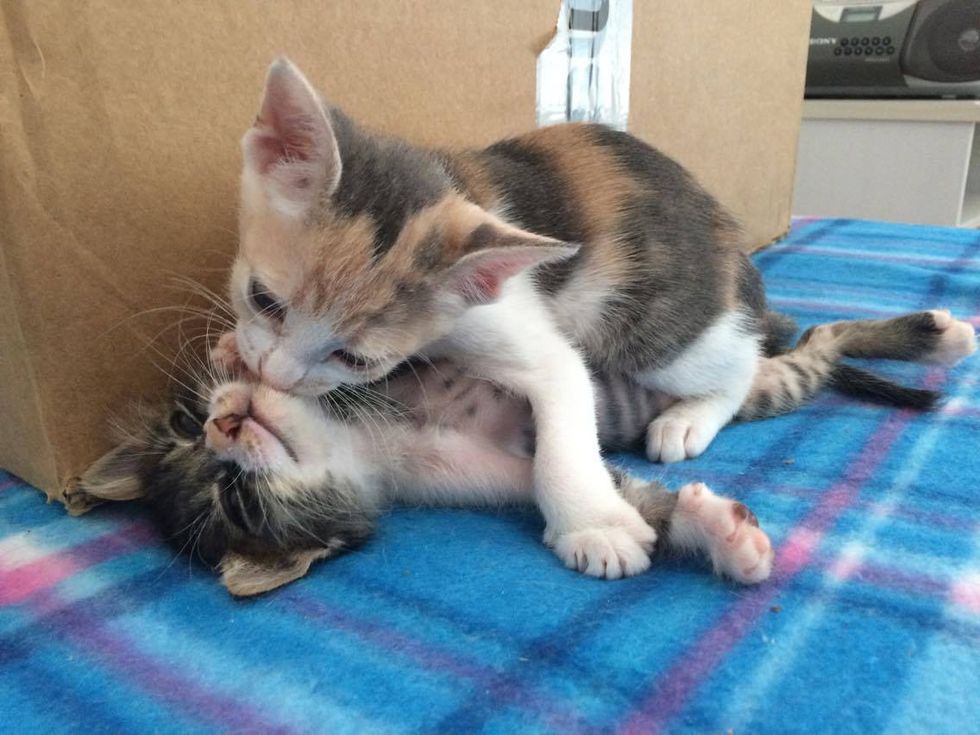 "The physical contact - both with his sisters and me - is what gave him the will to live. I think the deprivation of maternal contact was just as bad as not receiving milk." 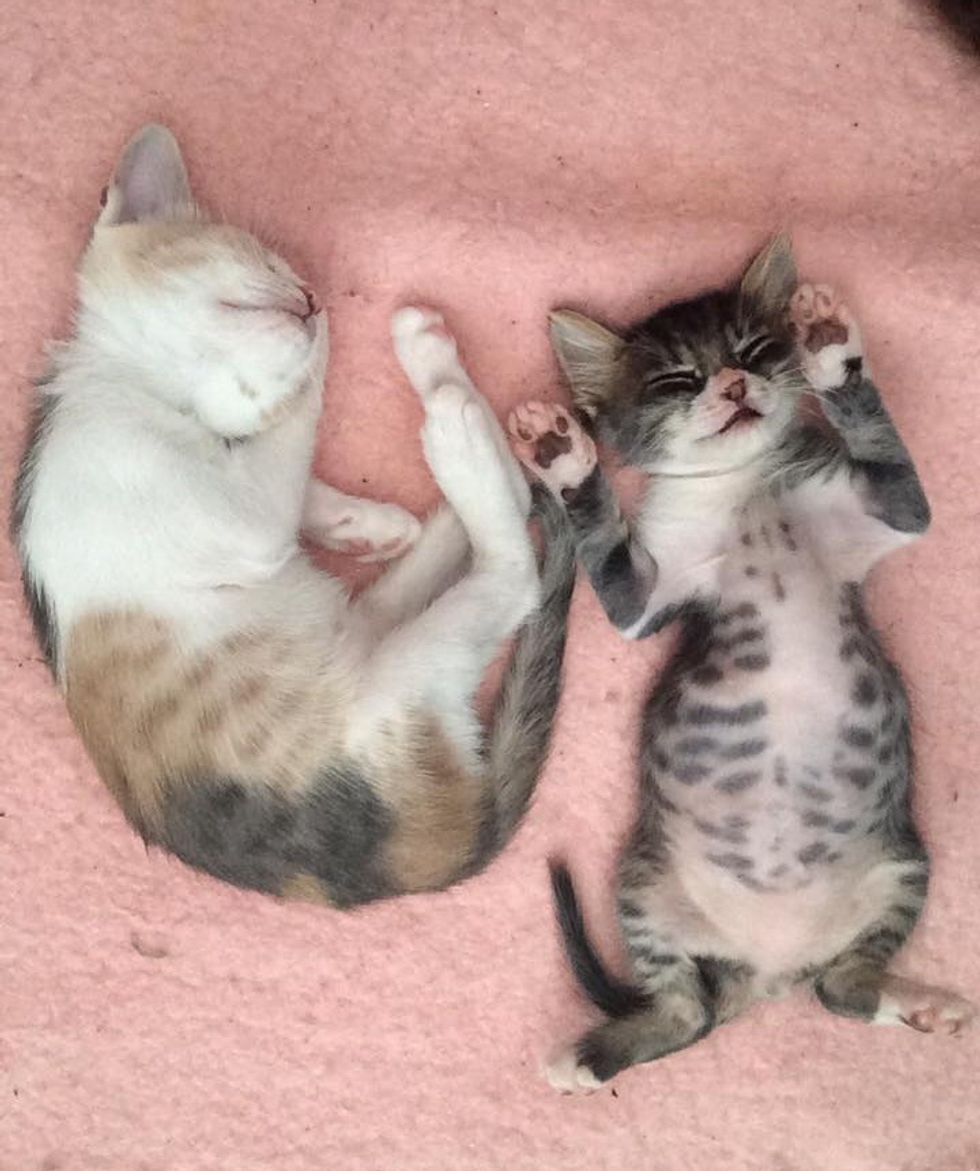 The three siblings just turned one year old a few days ago!

"The sisters crazy adored him from the first moment and still do," Joan told Love Meow. 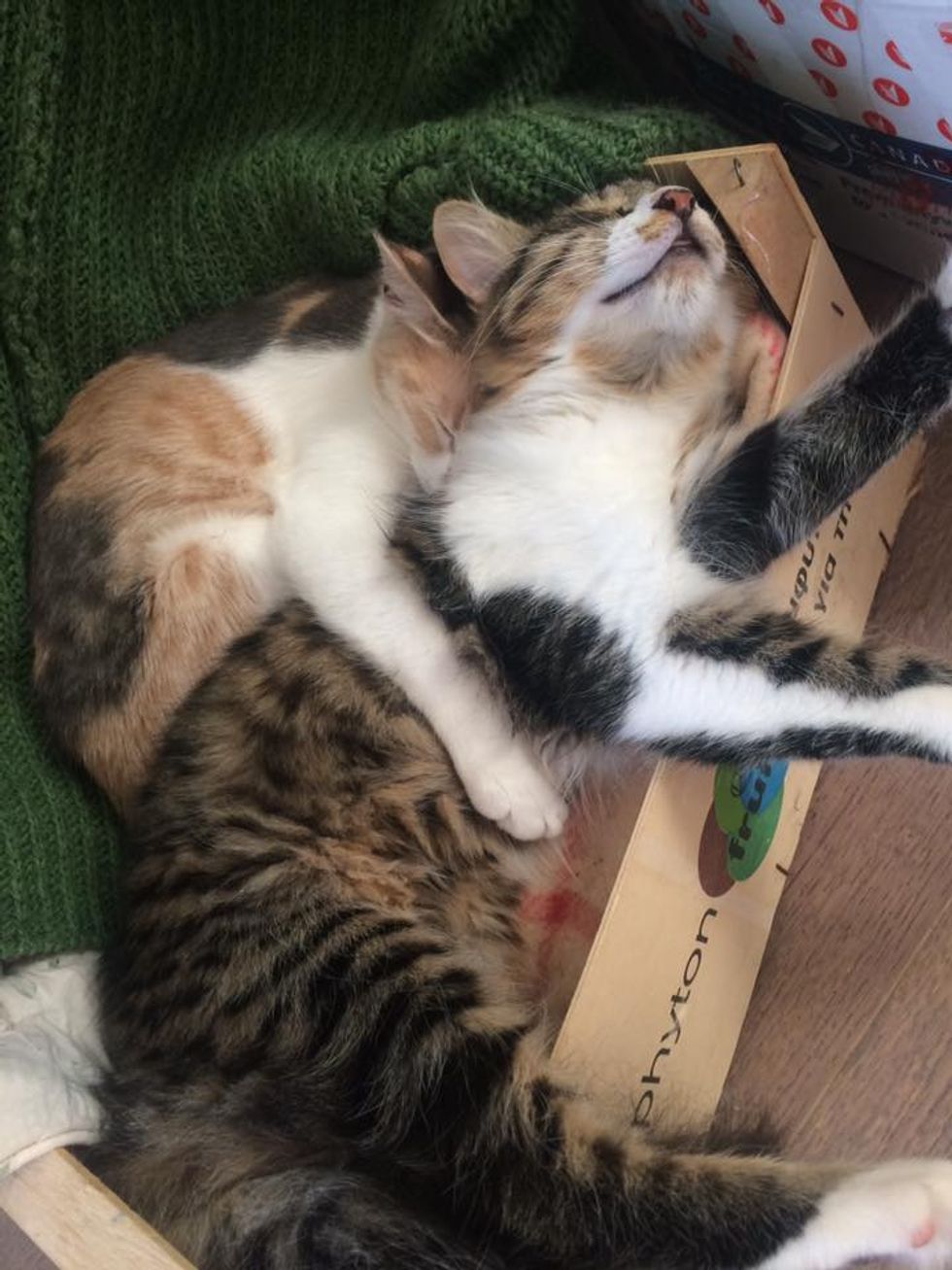 "She lovingly wrapped around Chili with her paw four days after his rescue, and she's still doing the same... 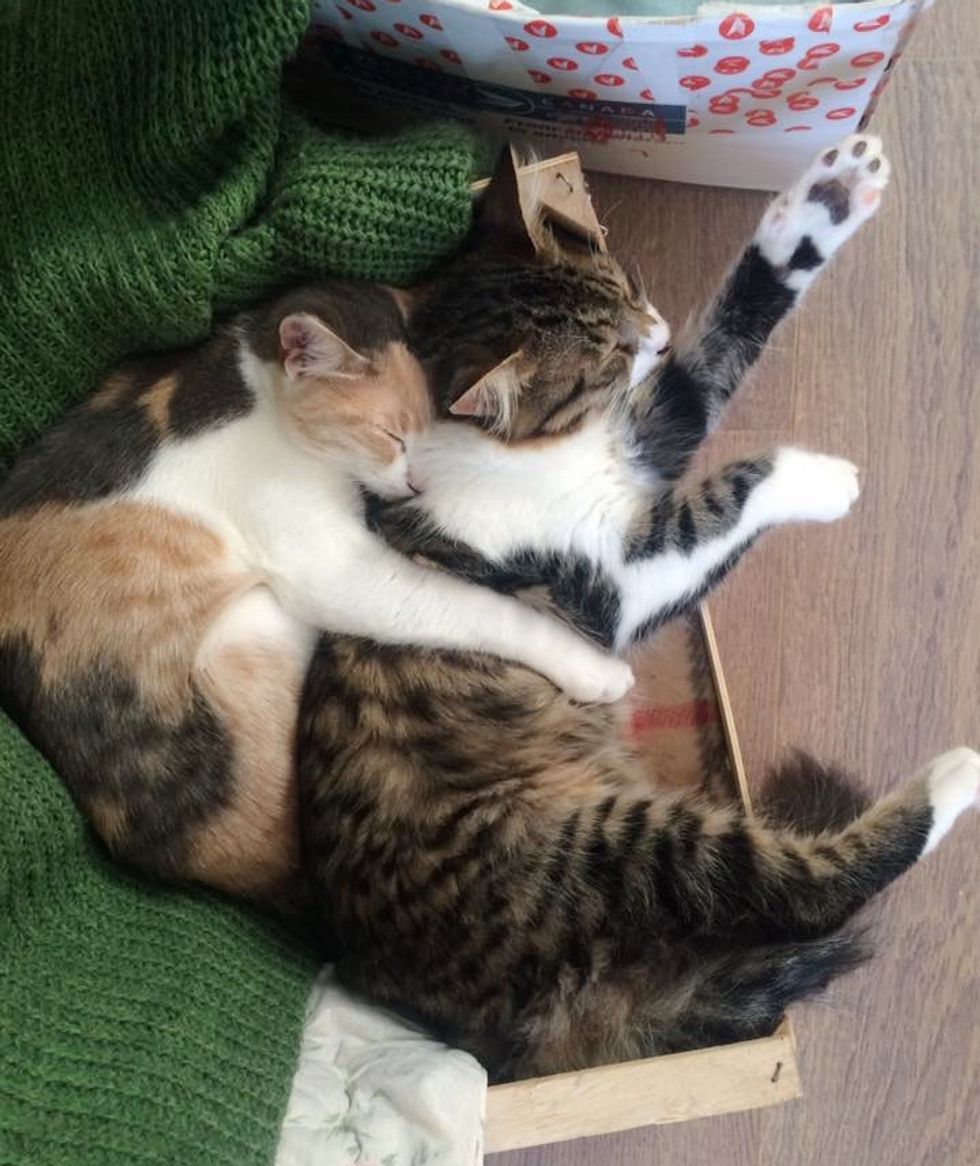 "I did a lot to save Chili's life but I know 100% I couldn't have done it without the spice girls Kaneli and Vanilla," Joan said. 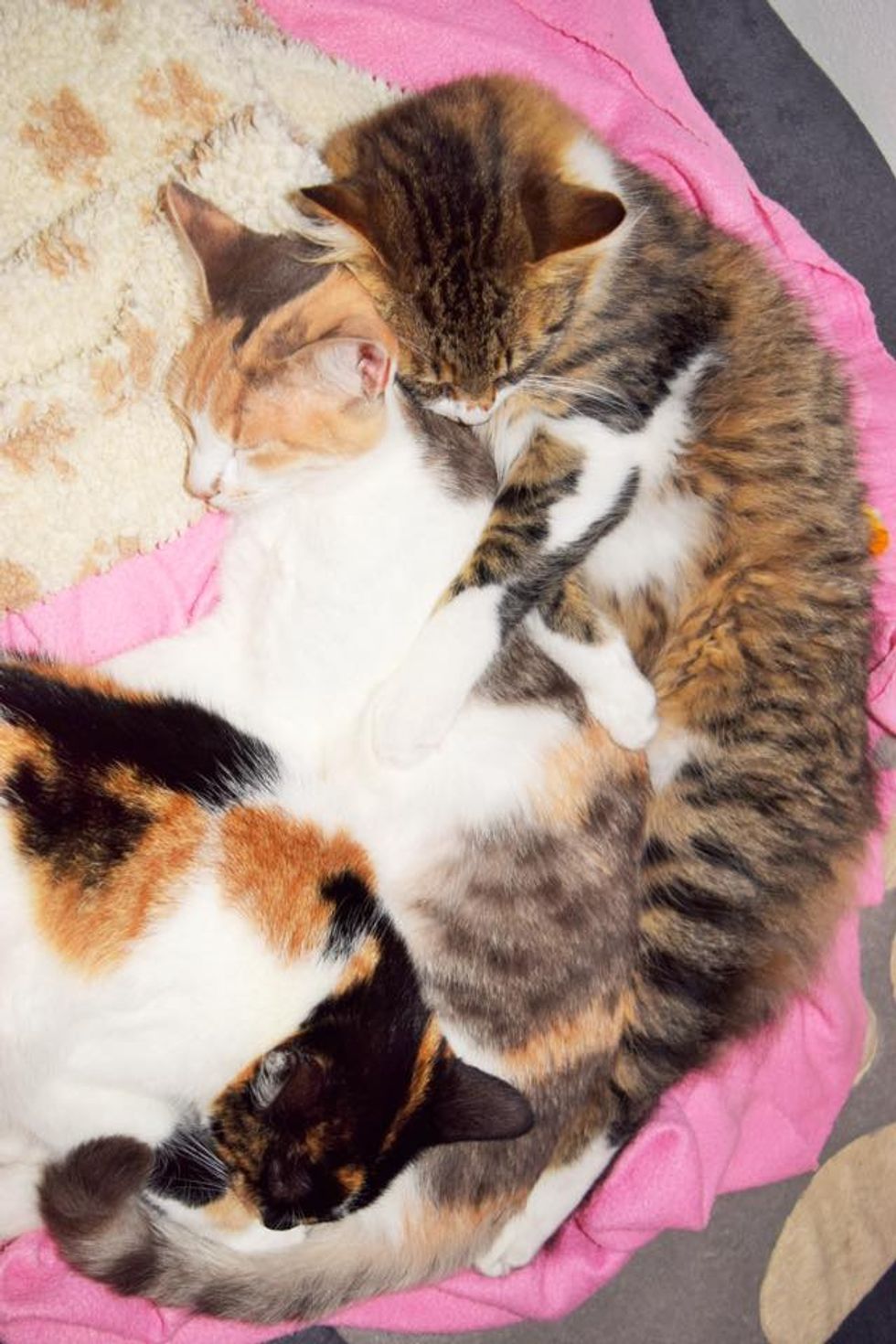 Together they saved their little brother's life, and look at them now! 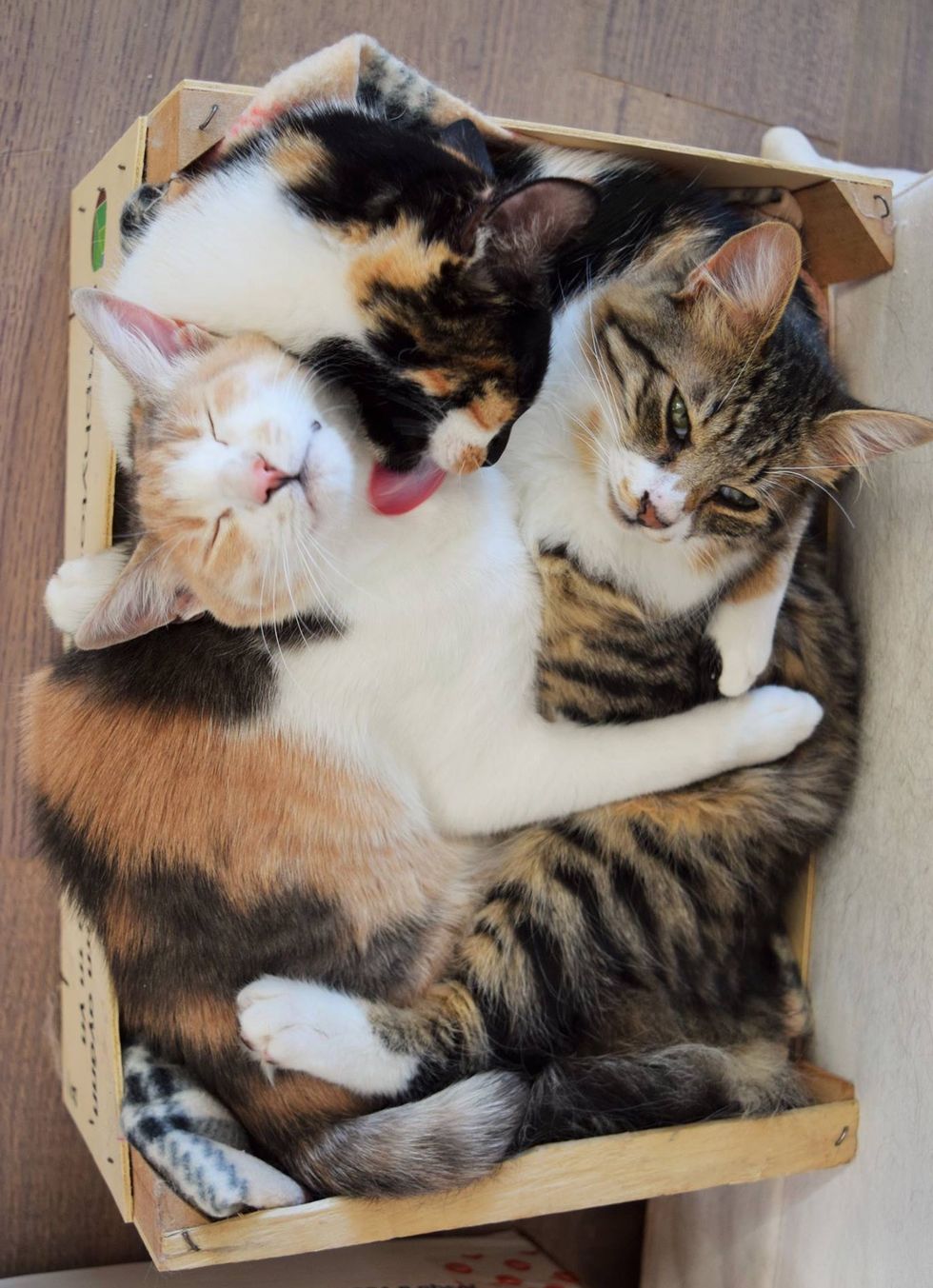