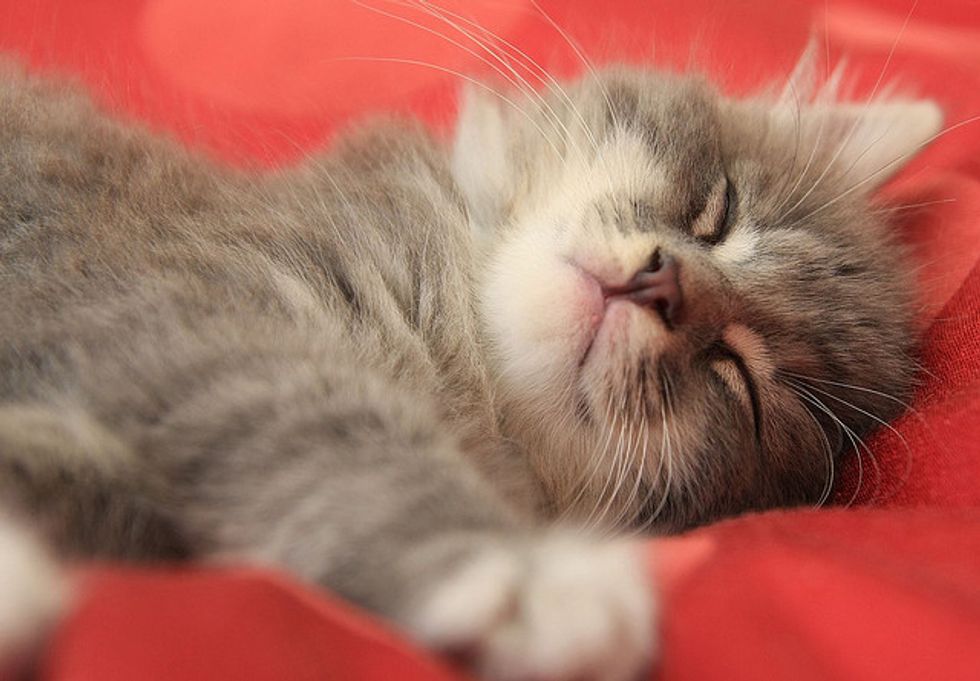 Story of Smudge the Grey Rescue

Smudge and his adopted brother Blackie are my sister's cats. They were both adopted from our local SPCA about 2 years ago. Smudge caught my sister's attention because he was being picked on by the other kittens. Blackie was chosen by my other sister because she has a thing for black cats.

As a kitten Smudge used to love attacking toes of unsuspecting people walking by. Although he doesn't do that as much now, sometimes he does like to hide under the couch and ambush any toes and feet in the vicinity.

He also liked to play pool as you can tell from one of the photos. He was always curious as to where the balls would disappear to and loved to stick his head down the pockets. He loves his beauty sleep and gets a bit grumpy if you try and disturb him when he's not ready to wake up and play.

Smudge is part Maine Coon and part something else. We attribute this to his Jekyll and Hyde personality at times, such as when he invites you to rub his belly. Sometimes he's for real and let's you rub away, while at other times it's a trap and you end up with a few scratches.

He also has a small claim to fame, being featured in the latest I Can Haz Cheezburger book. Thankfully this hasn't gotten to his head.