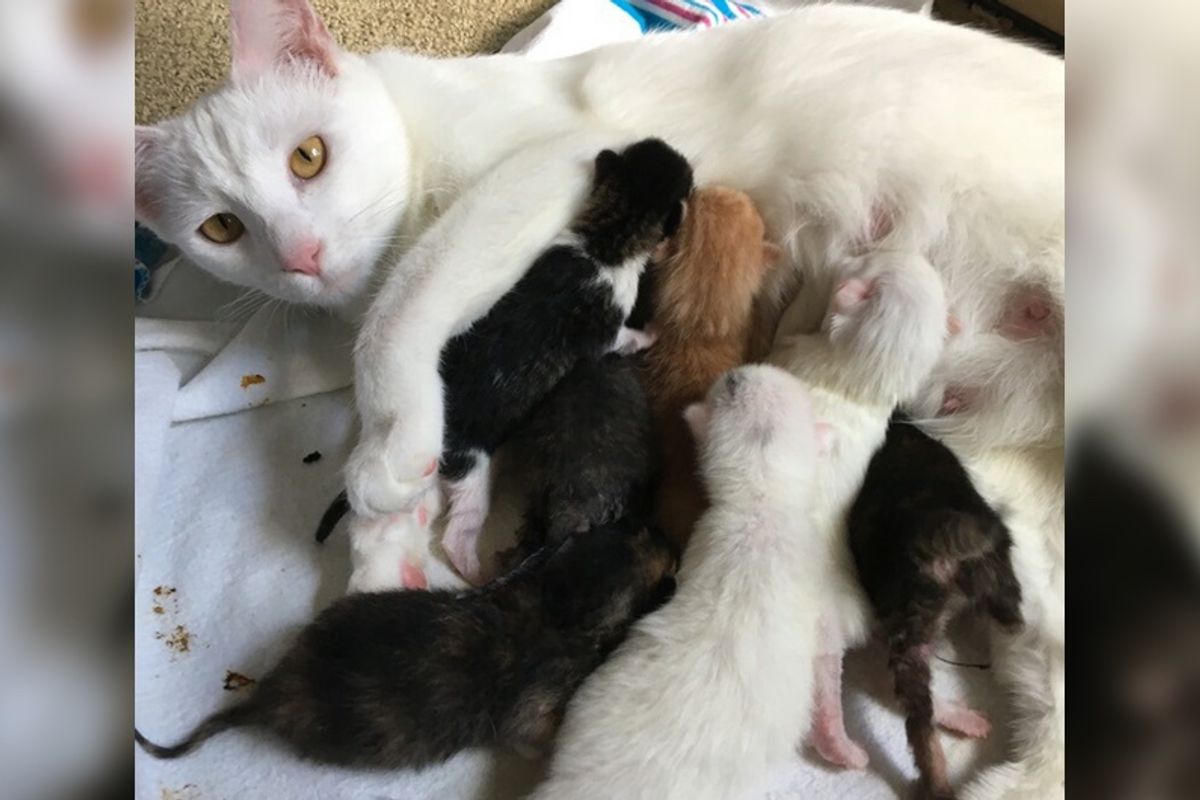 A beautiful cat named Holly had a rough beginning in life. She was found wandering the streets, hungry and pregnant.

A wonderful volunteer for Animal Allies of Texas took her in so her babies could be born in a loving, warm and safe foster home. 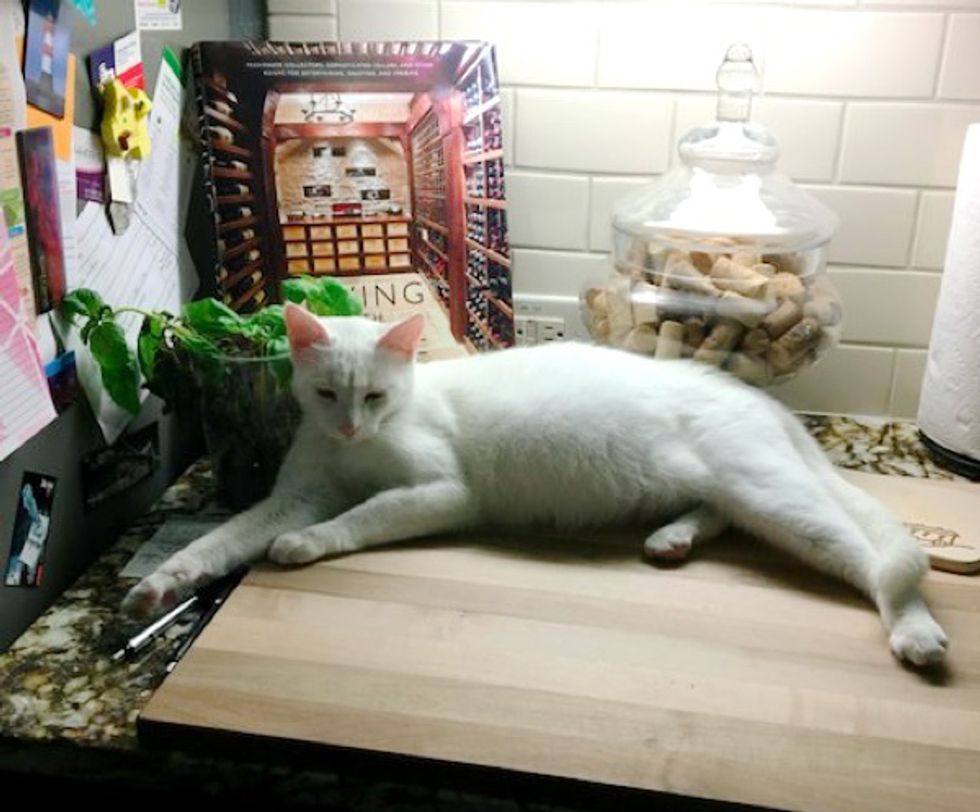 The one-year-old cat gave birth to five beautiful kittens. From day one, she showered them with unconditional love. Two days later, the rescue took in three tiny 2-day-old orphaned kittens that were in desperate need of motherly love.

"These poor little ones had been left by their scared mommy on someone's porch during one of the bad hail storms in March," Animal Allies of Texas shares with Love Meow.

To help the kittens survive, Holly's foster mom put them next to the mama cat, hoping she would accept them. 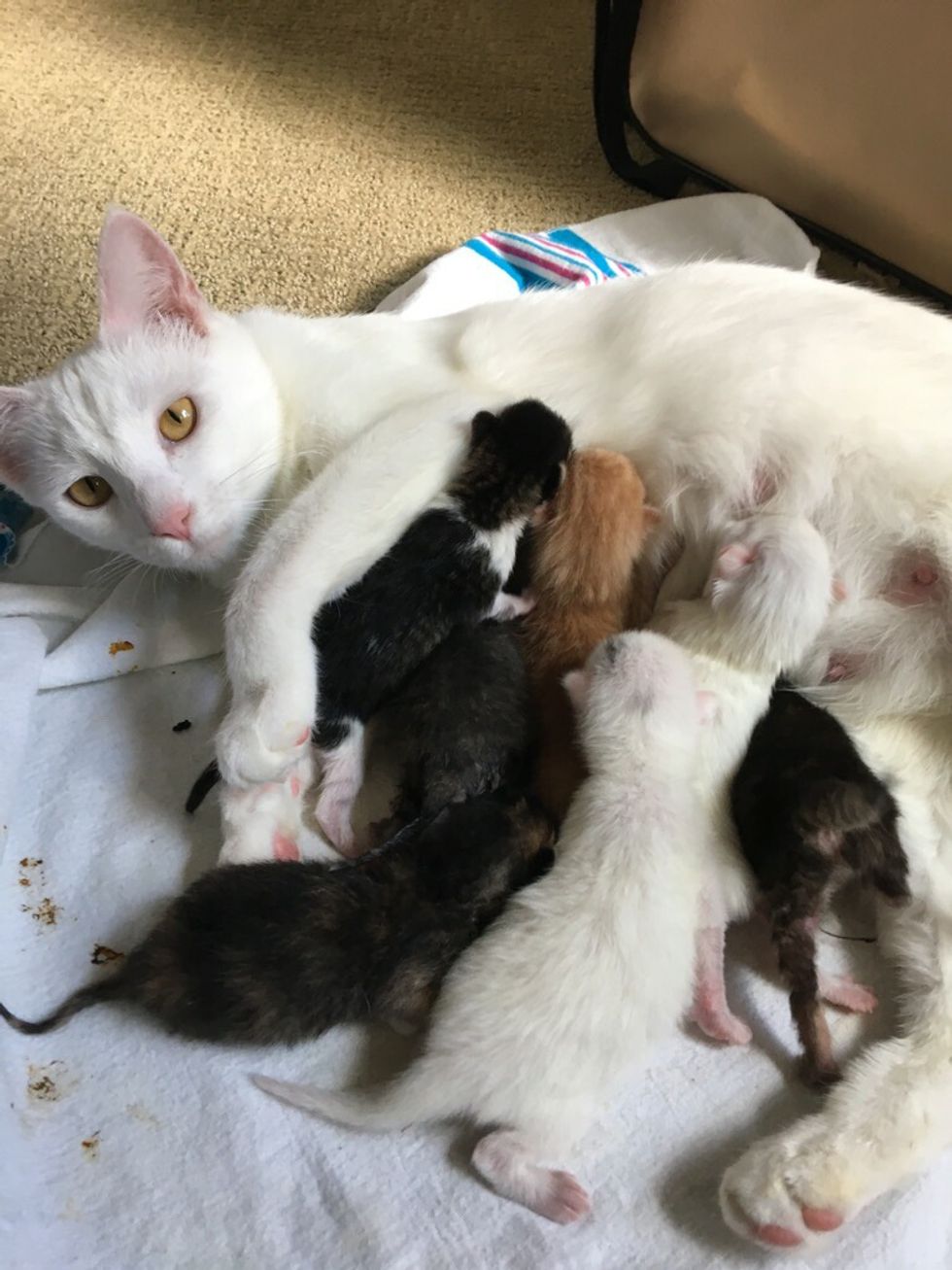 Within seconds, mama Holly took to the kittens and started nursing and caring for them as her own. She loved all eight of her babies equally and gave them her undivided attention.

"She was a wonderful committed momma to her own five kittens and three little abandoned 'adopted' kittens. She completely and uncompromisingly accepted them as her own and gave them the chance for a wonderful life," Janelle Weaver shares with Love Meow. 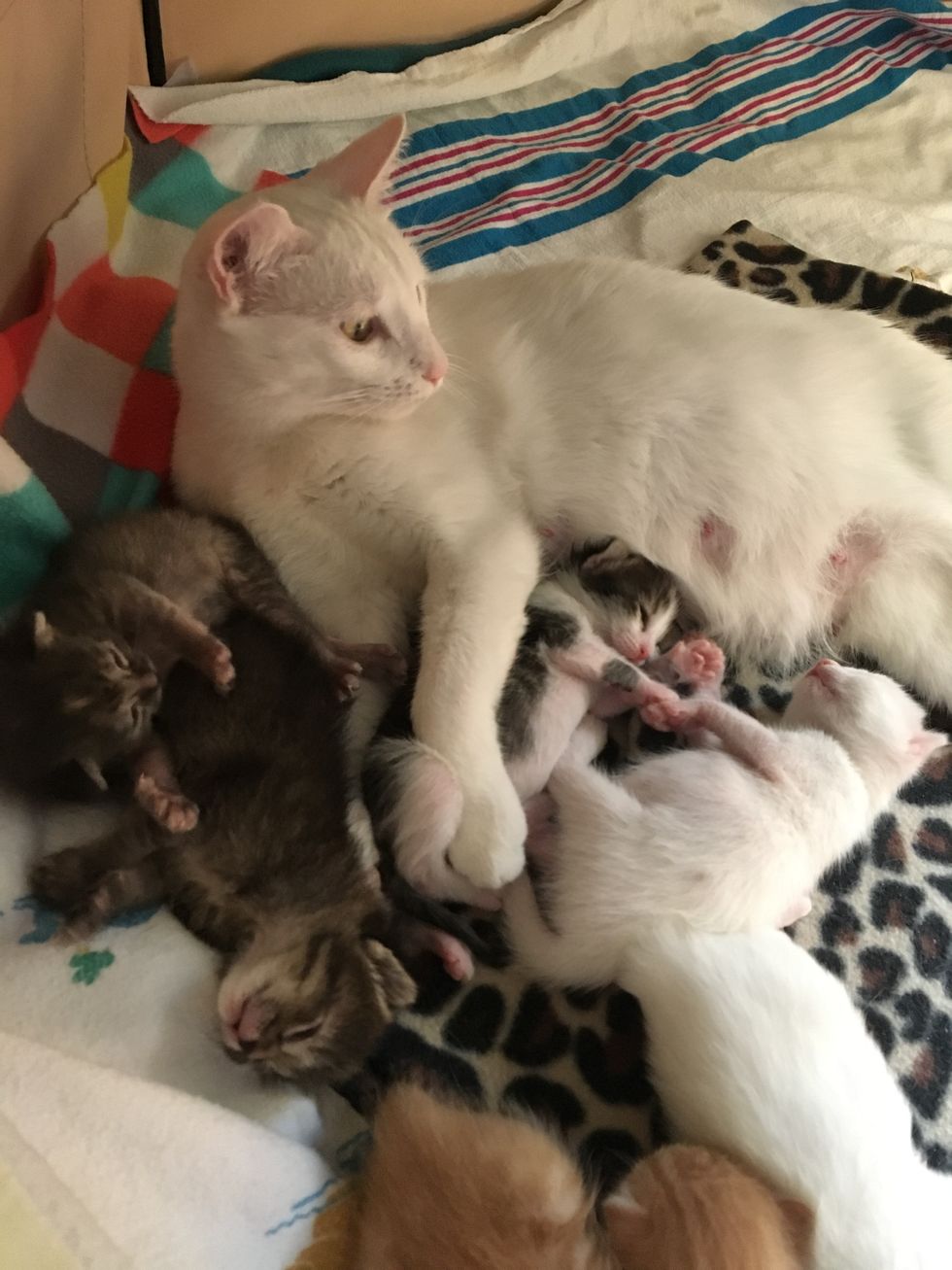 One of her kittens didn't make it due to a birth defect and Holly was heart broken. She worked even harder to ensure the rest of her babies would thrive with love, and they did.

When the kittens were big enough for adoption, they quickly went to good homes. Holly found herself waiting alone for her forever humans to come along. "Everyone wants little babies and she has been passed over just because she is fully grown," Marjorie Royal told Love Meow. 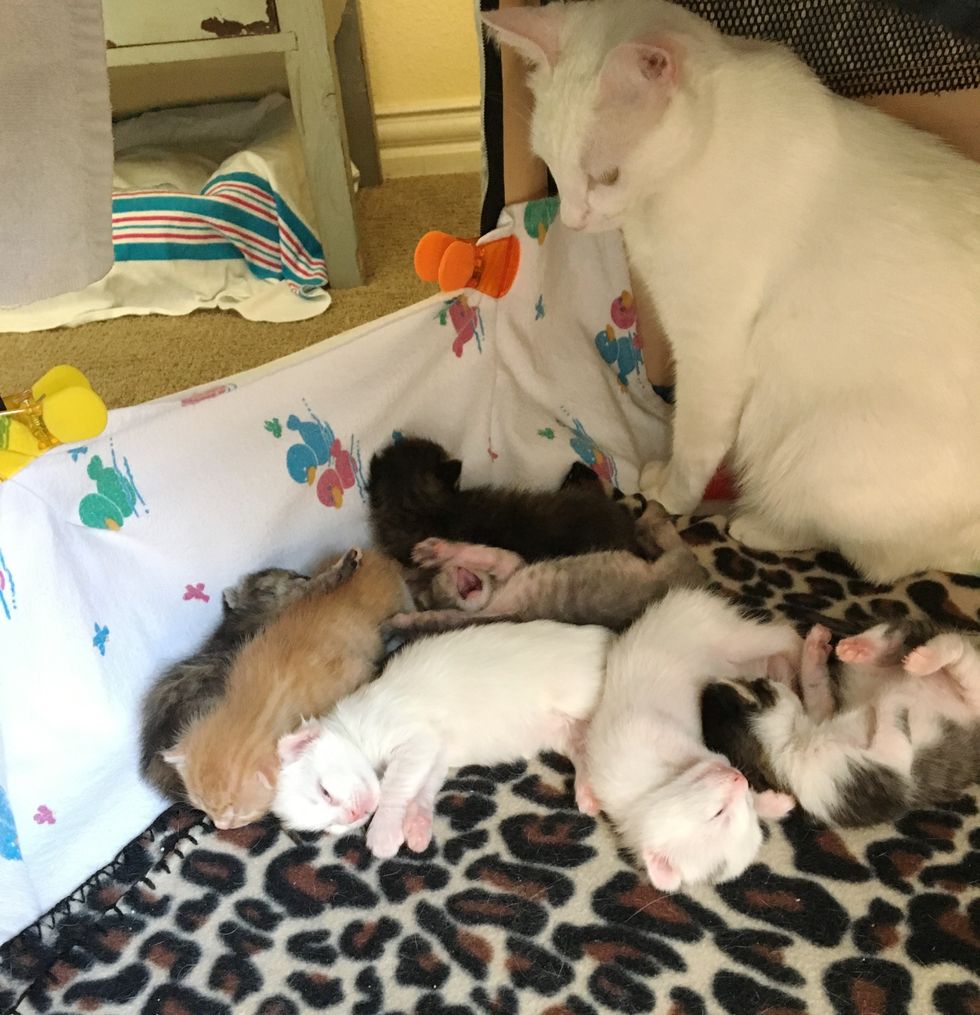 After saying goodbye to her kittens, Holly continued to show her love and affection to everyone and every living creature. All she wanted was someone to love.

"She is one of the most amazing cats I have ever met (over 20 years in rescue). She is a wonderful and soft-minded cat, who gets along with everyone (people, kids, dogs and other cats), and nothing seems to fluster her," foster mom said. "She has a super chill personality, as well as a golden, kind, and extremely loving heart." 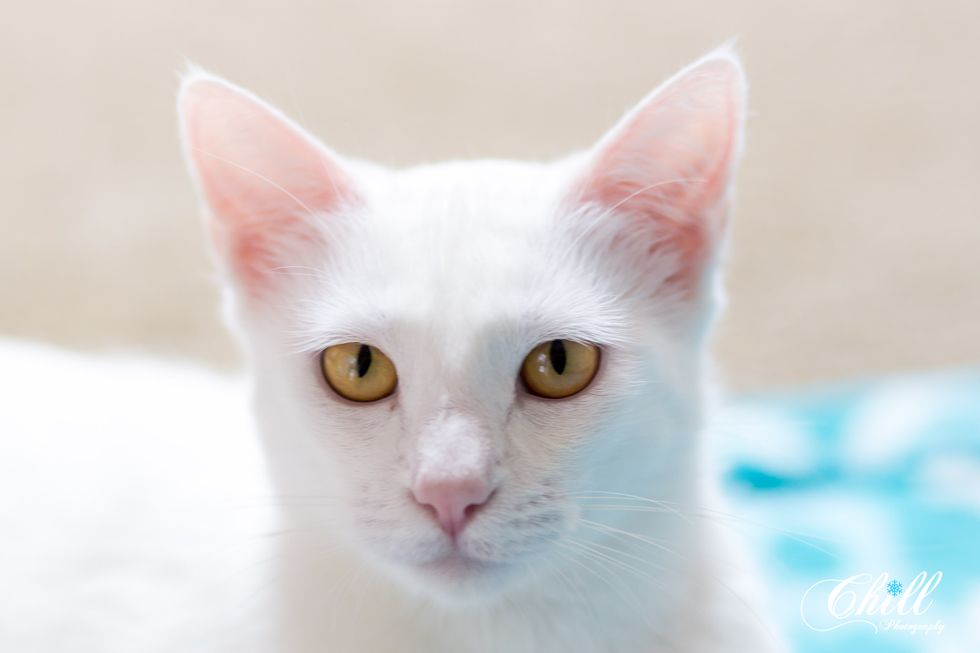 "From a throwaway cat to such an amazing mom and now just the best little cat anyone would ever want. If I have ever seen a super little cat, this is it," Marjorie told Love Meow. 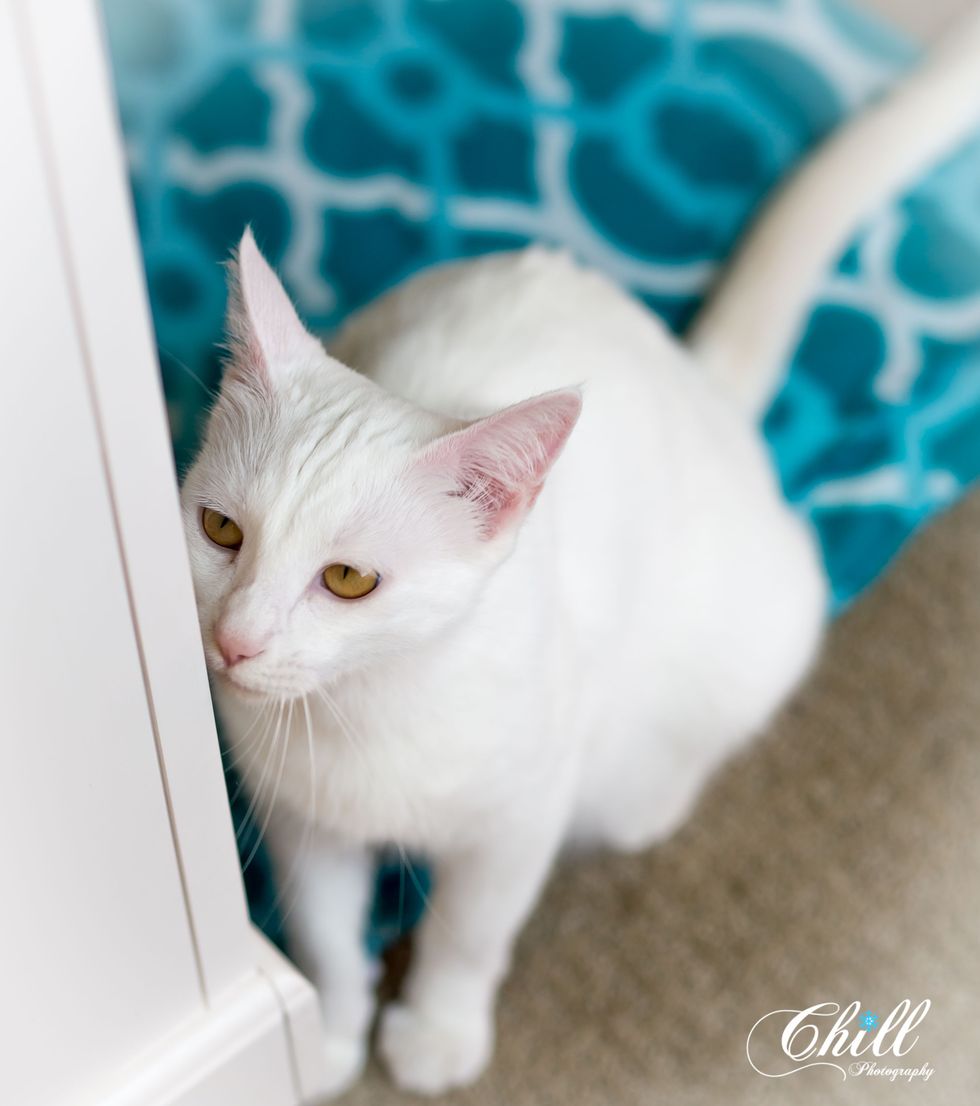 Kitten Cuddles Rescuer After Being Saved from Unthinkable Ordeal on Highway