Stray Kitten Found Next to a Box and Leftover Burger Wouldn't Let Man Go without Her...

A scrawny tortie kitten was wandering outside a factory in Houston when a man found her trying to eat some leftover cheeseburger that someone left there. As soon as the kitten saw the man, she immediately walked up to him, rubbing his legs and asking him for some love. 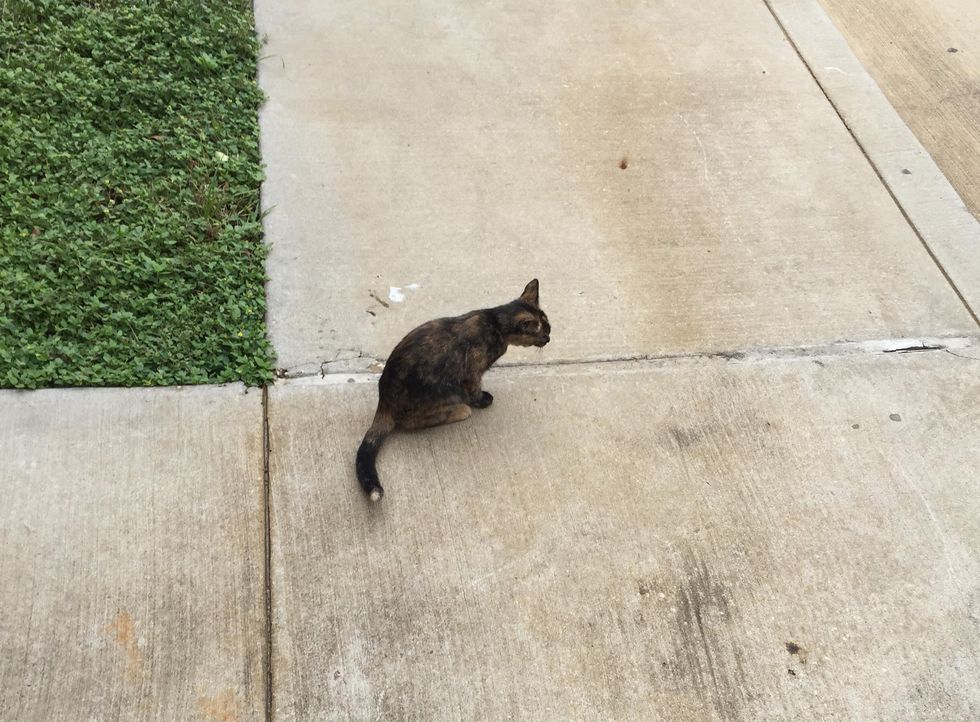 About a year ago, a man spotted a stray kitten outside his workplace all alone.

The sweet little tortie was found next to a box with a blanket and some leftover food. "She just wandered up to the door of the factory," imgur user wollstone said.

"Someone gave her a box and part of a cheeseburger." 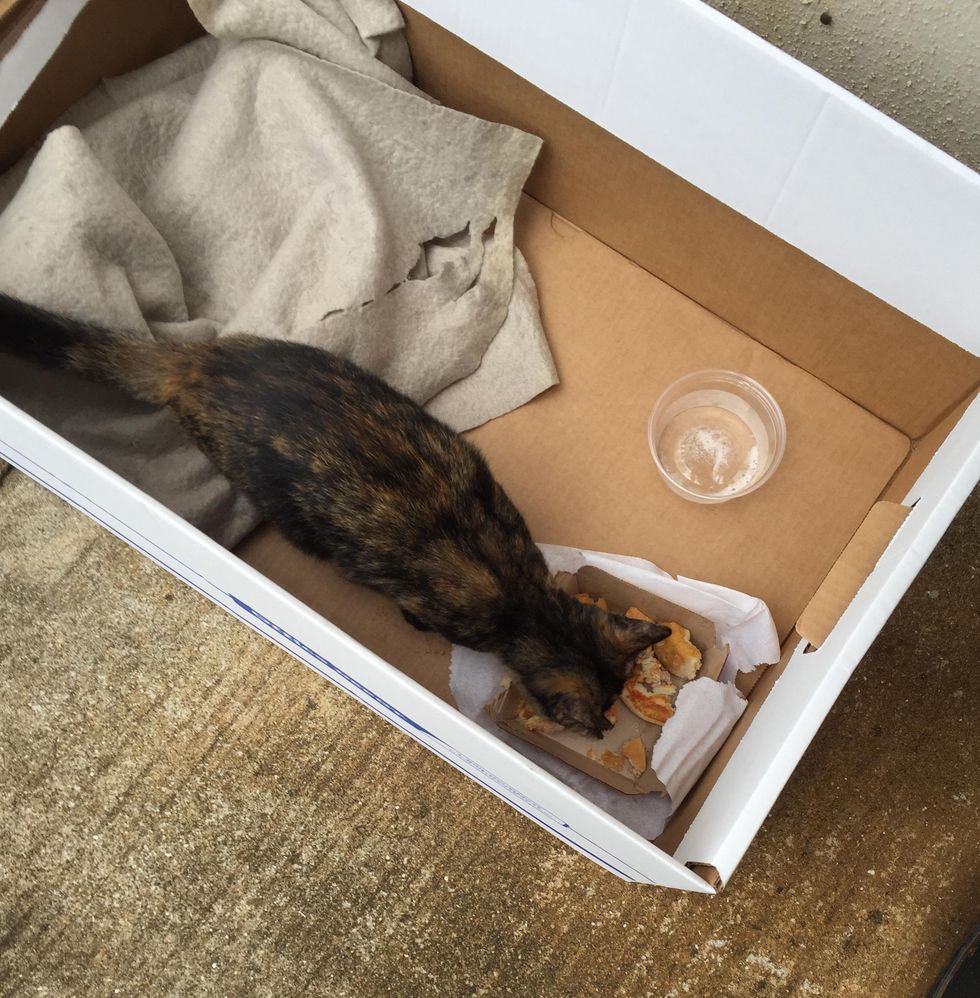 No one knew where she came from, but the kitten certainly knew what she wanted—a forever human.

When she saw the guy, the friendly little kitten rubbed his legs with her face and wouldn't let him go without taking her. 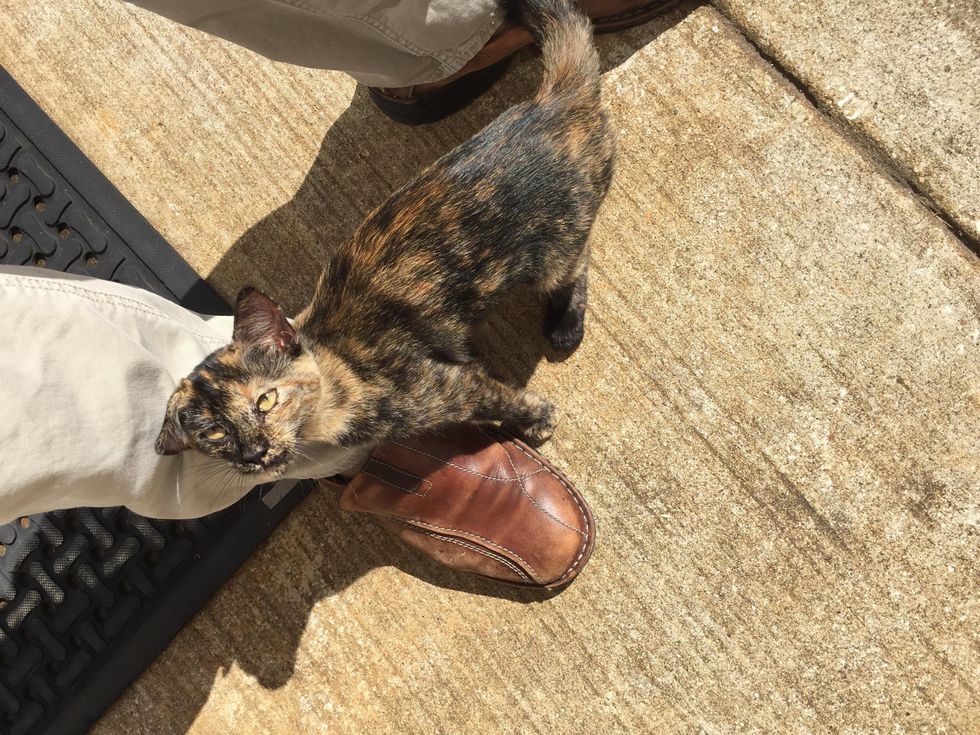 The man was smitten with the sweet feline and couldn't leave her out by herself, so he talked to the boss that he had something important to take care of.

"She decided to adopt me so I took the afternoon off and brought her home," he said. 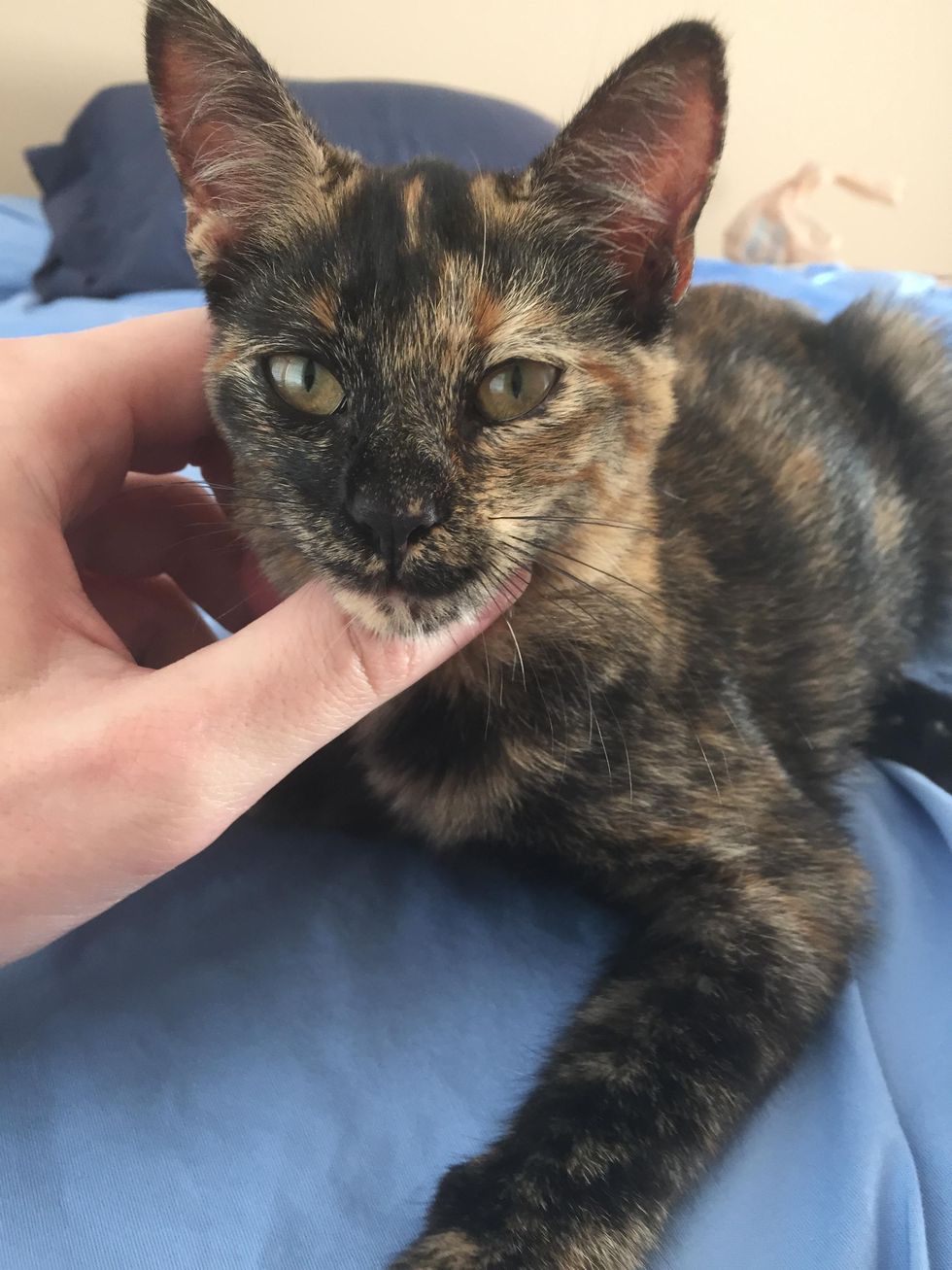 The kitten was about three months old without a collar or chip. When the guy brought her home, she snuggled next to him and fell asleep by his side, purring away.

From that day on, she followed him around the house like his most loyal friend, and cuddled up to him for naps. 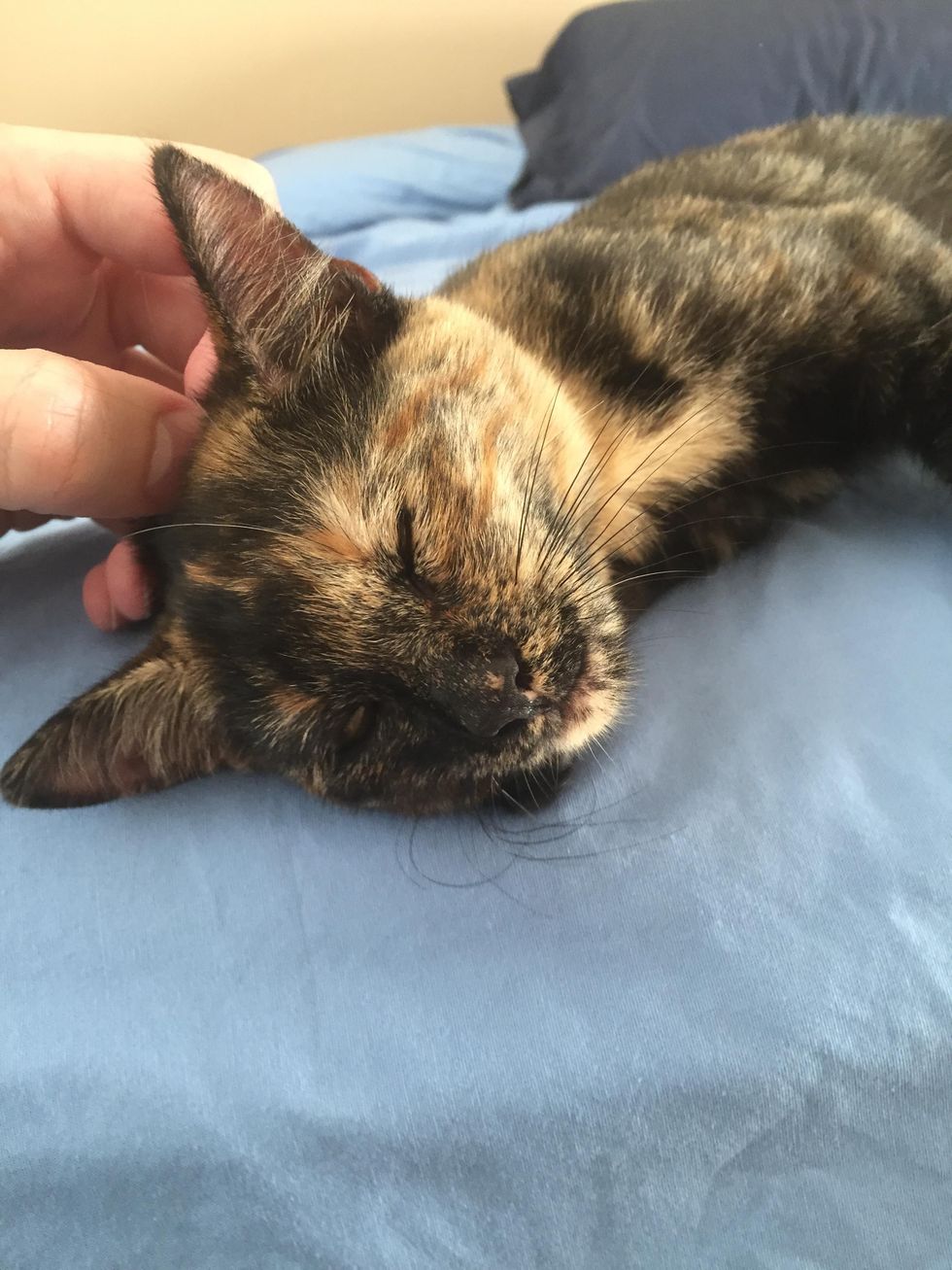 "She also likes using my head as a bed." 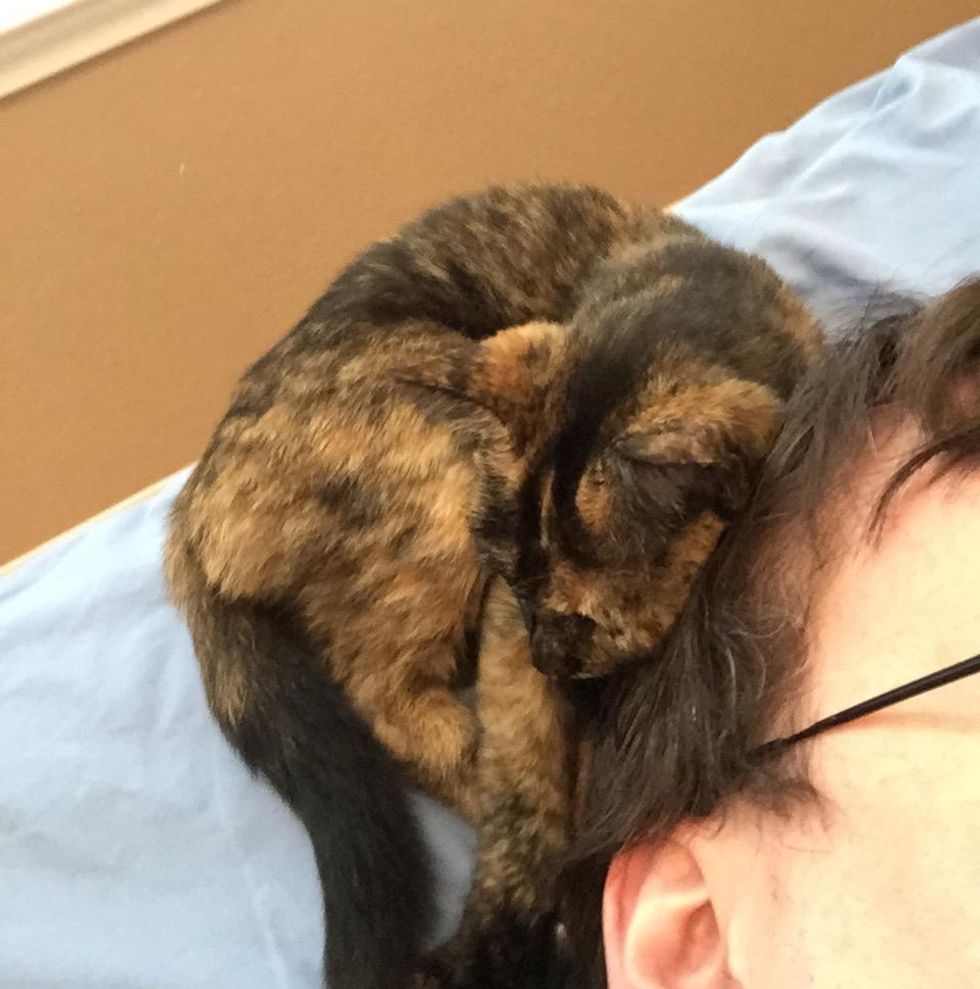 Every day she tells her human how thankful she is with a lot of headbutts and snuggles.

A year later, Arya has grown into a beautiful lady cat! 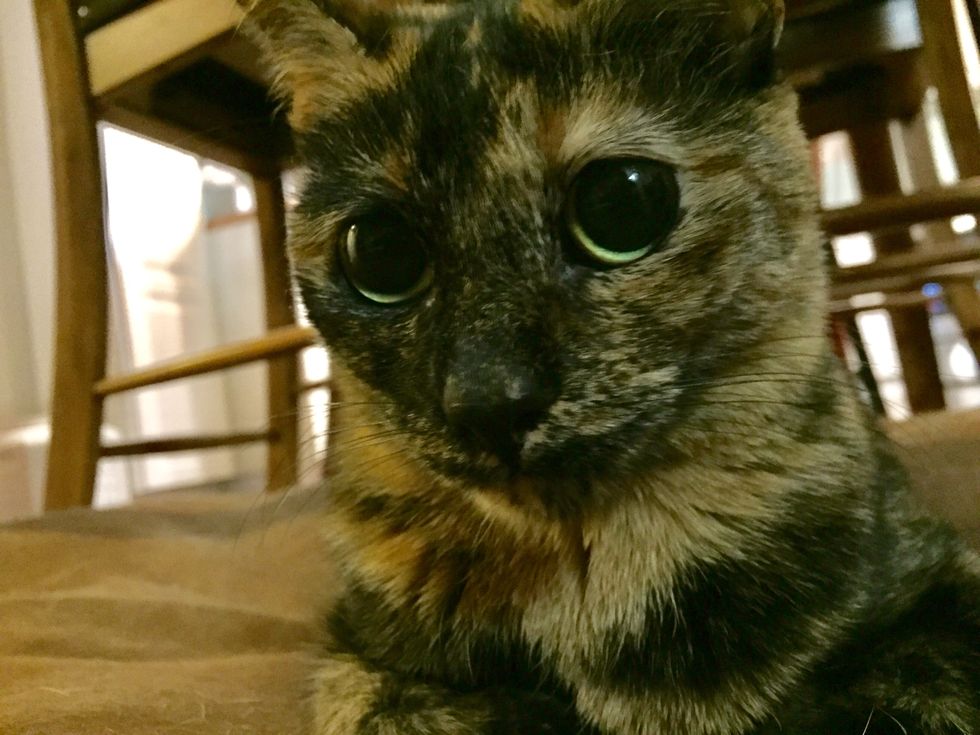 They introduced her to a new friend and the two became snuggle buddies.

"She's decided that the dog is okay." 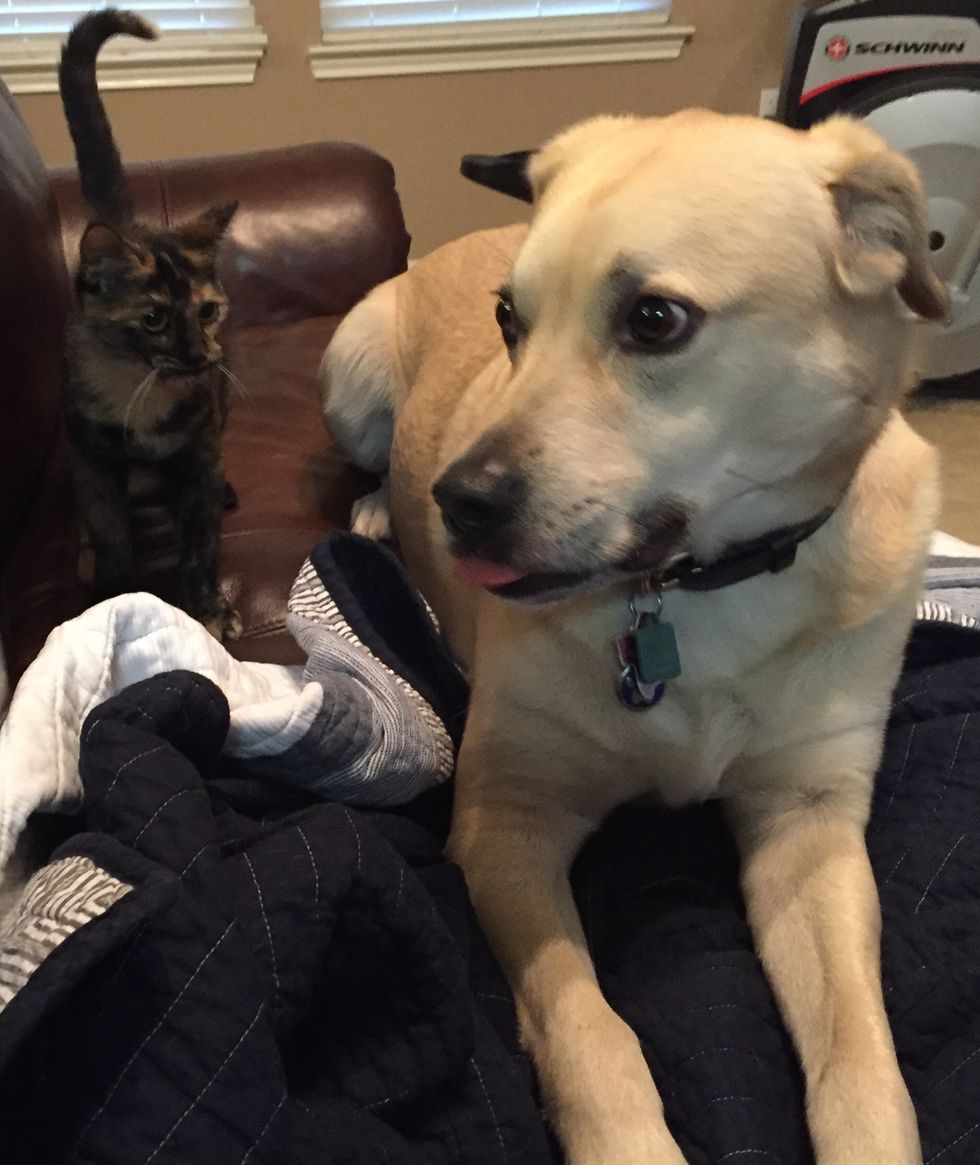 The little tortie cat chose the man that day when he found her outside the factory and wouldn't take no for an answer.

He took her into his loving home...

"Over a year later and halfway across the country, she's still pretty tiny, but healthy and happy." 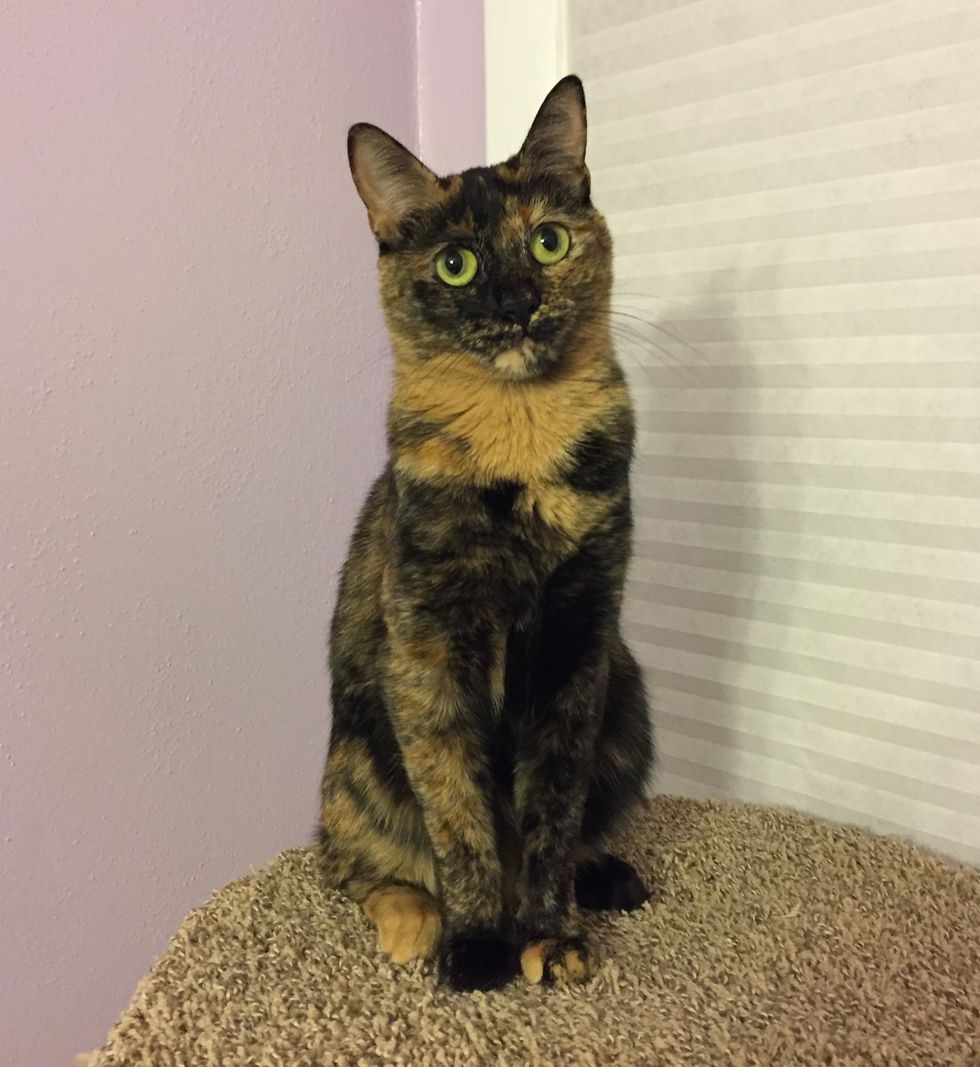