When a team of hockey players showed up for practice, a stray cat had chosen one of their bags as the place to have her kittens. 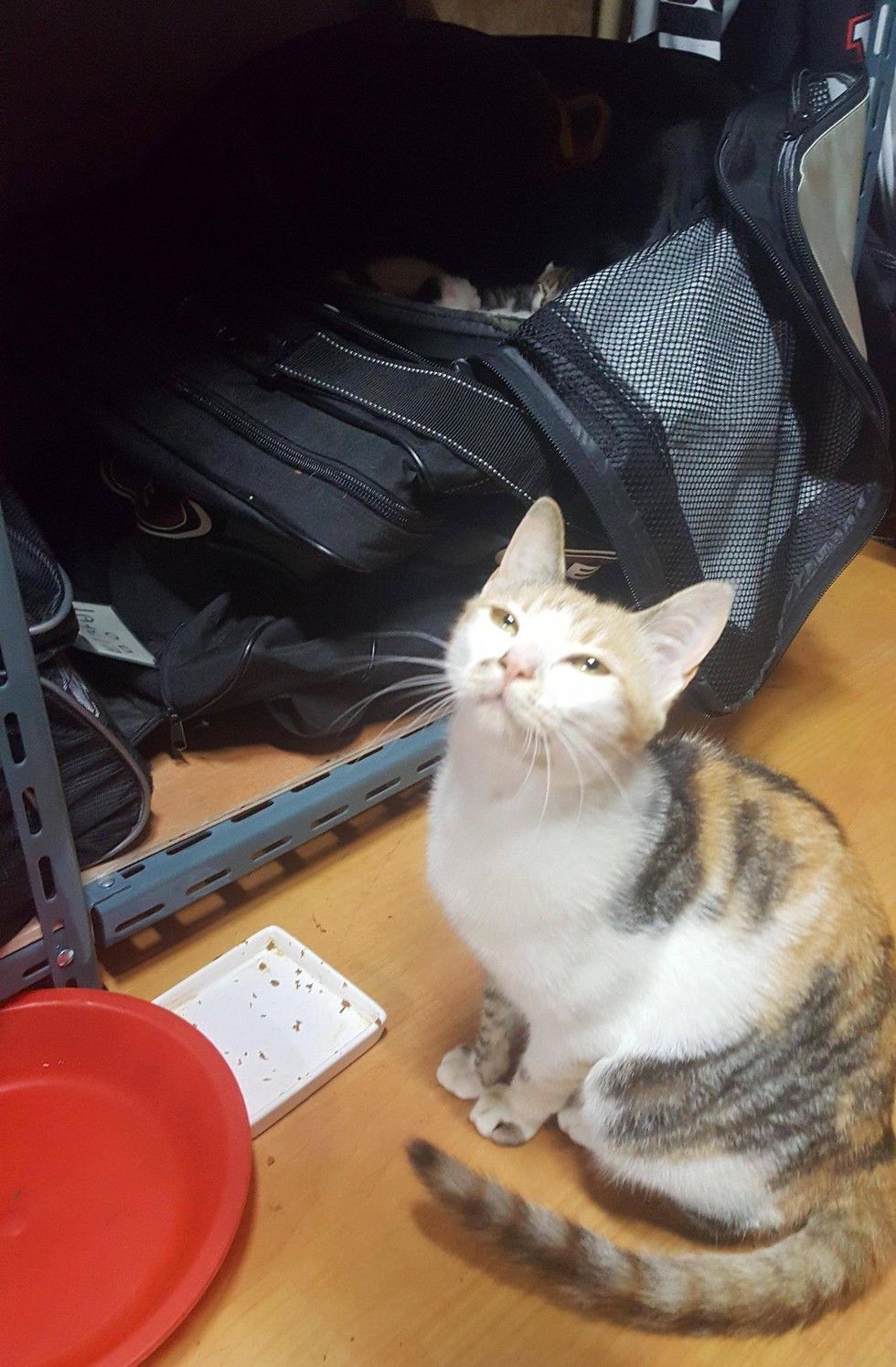 "We found her and the babies on May 15th before our weekly Sunday night practice," Dan Klein, a recreational hockey player of Gwangyang Crazy Eagles based in South Korea, told Love Meow.

"She climbed through one of windows that are kept open to help our equipment dry."

This is what they discovered, a litter of four tiny fur babies! 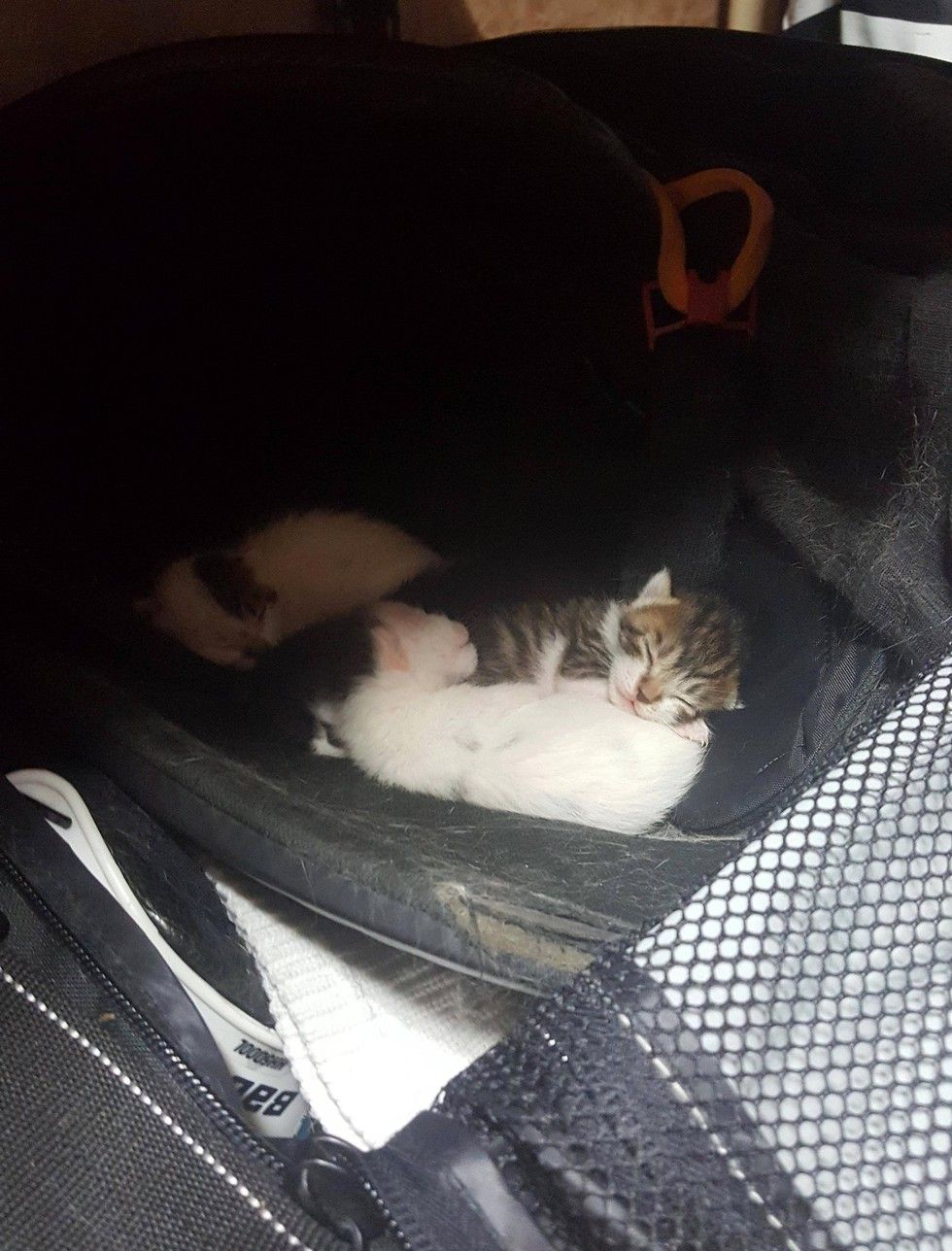 They believe the cat must have stayed in the equipment room for at most 3 days. The cat isn't a stranger to the players. She sometimes lurks about when the players are in the room. "She's a local stray that lives around the arena."

"The bag belongs to one of our goalies. It's filled with all of his equipment for when he plays defense instead of goalie," Klein told Love Meow. 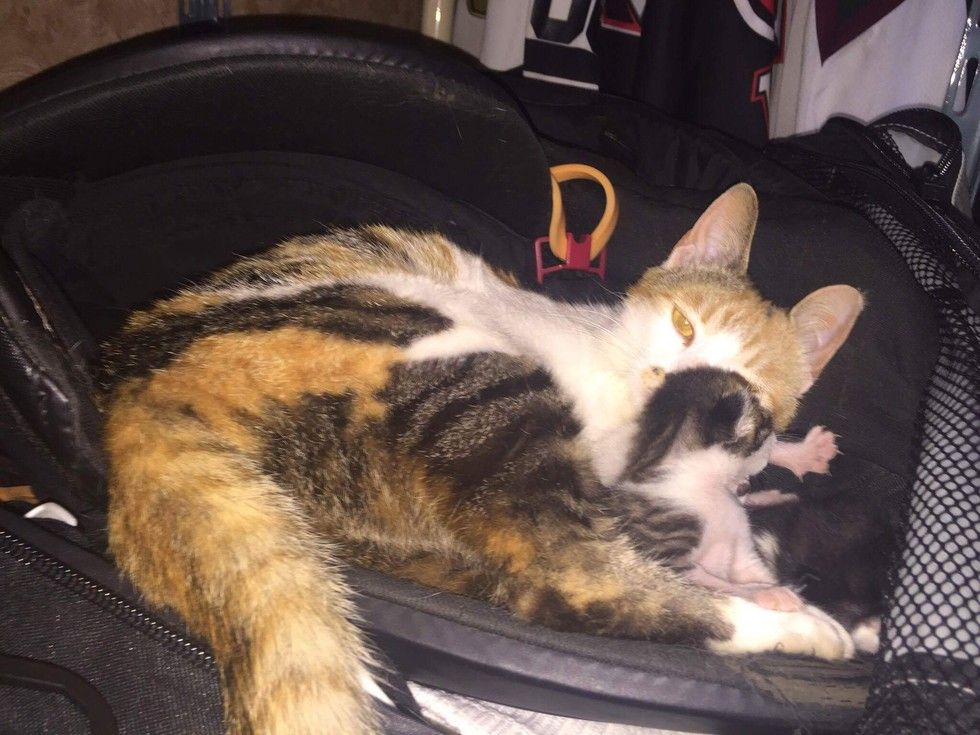 When the cat mama saw the players coming in, she looked very content and seemed to be happy to introduce her babies to the team.

"I grew up in the country and worked on farms while I was in high school, and she was probably the calmest new mama cat I have ever encountered, especially for a stray," Klein told Love Meow. 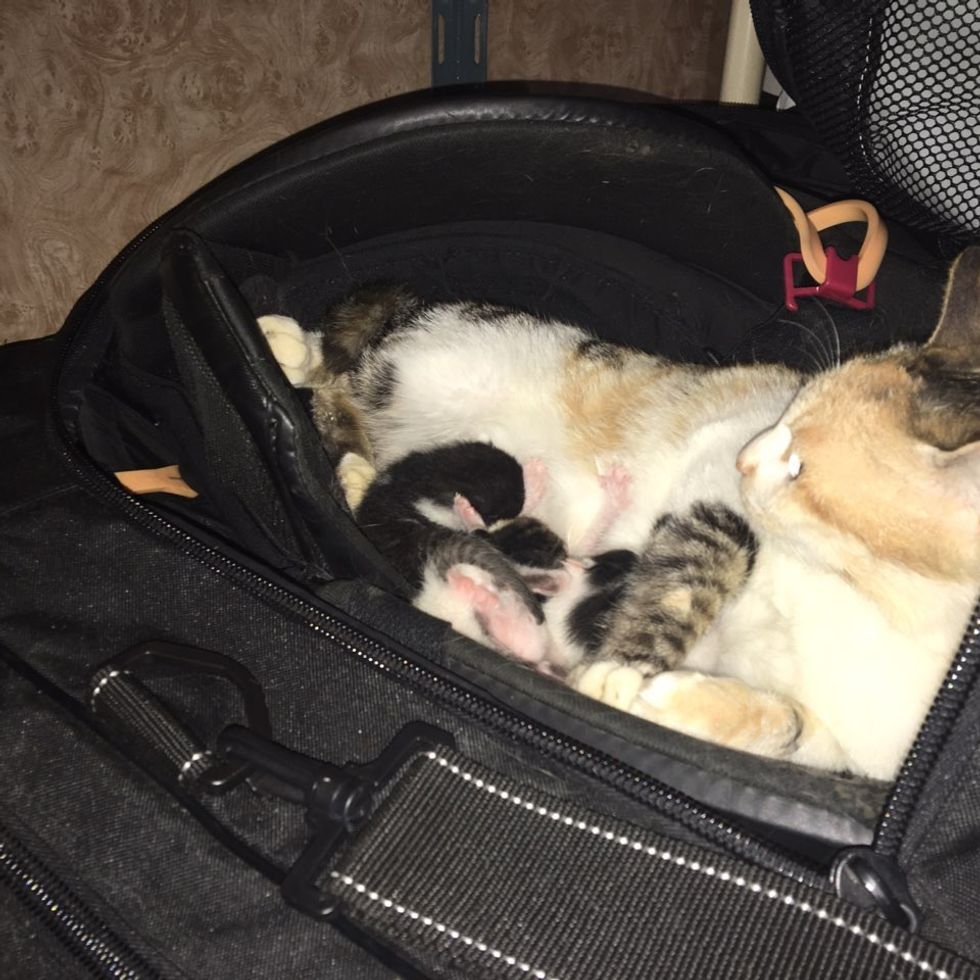 The kittens are doing very well and the players have been doting on them.

"Guys on the team have been spoiling her with cat food and treats," Klein said. 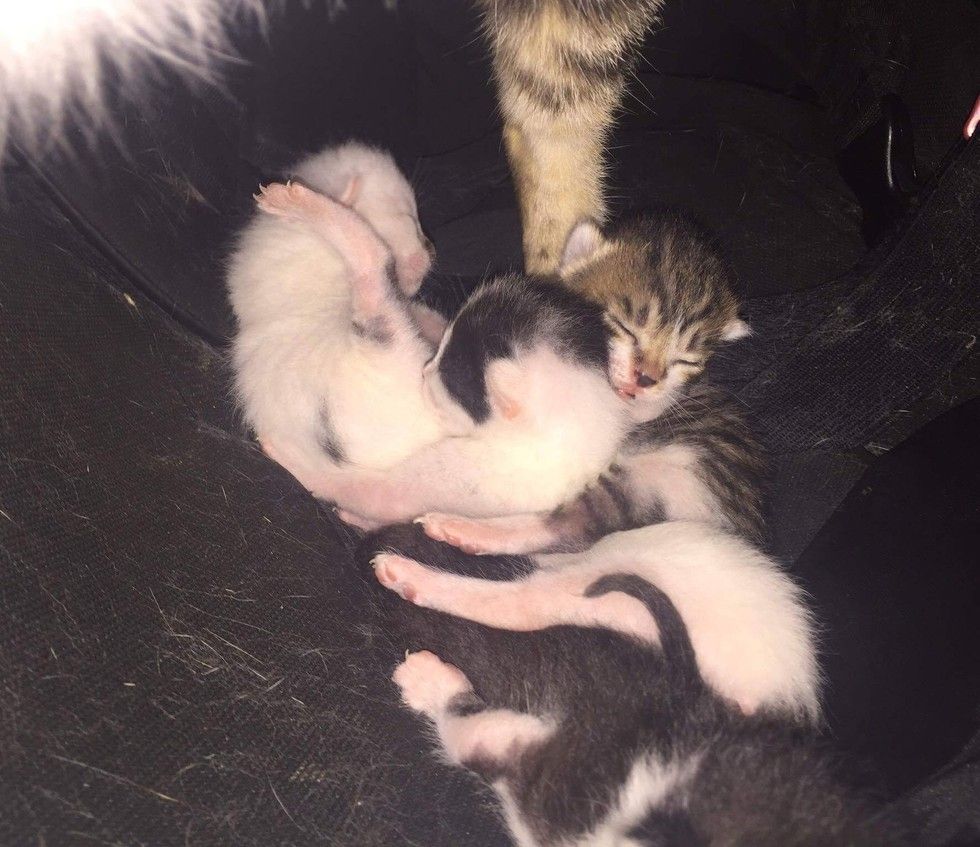 The kittens stayed in the hockey bag for a couple weeks with mama constantly looking after them and the team helping mama out with food, water and plenty of love. 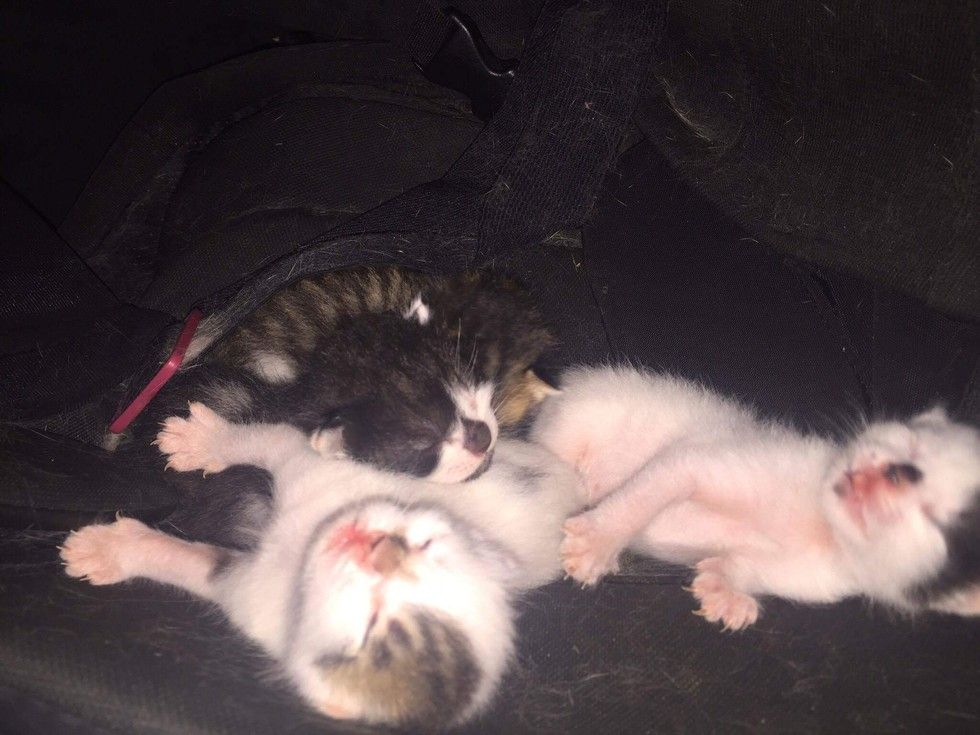 According to the team, an older gentleman who takes care of the rink, recently took the furry family of five into his house (which is next to the equipment room) so that he and his wife could look after them. 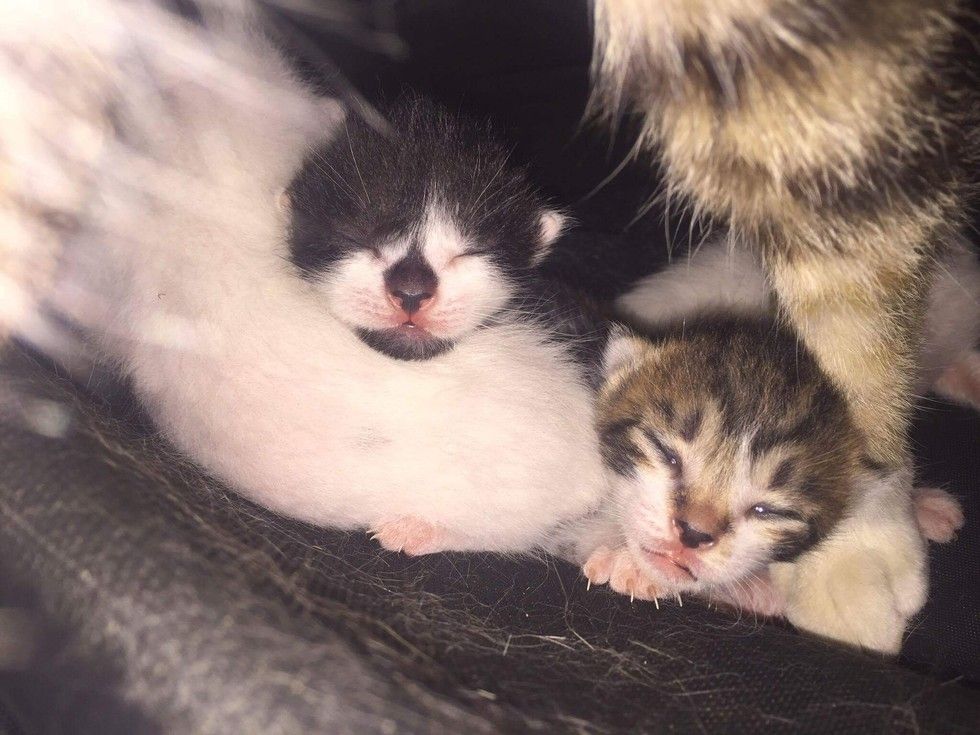 The calico mama chose the place she considered to be the safest to have her babies. Maybe she knew those guys would help her out.

And now she is nursing and cleaning those tiny footsies in the comfort of a loving home. 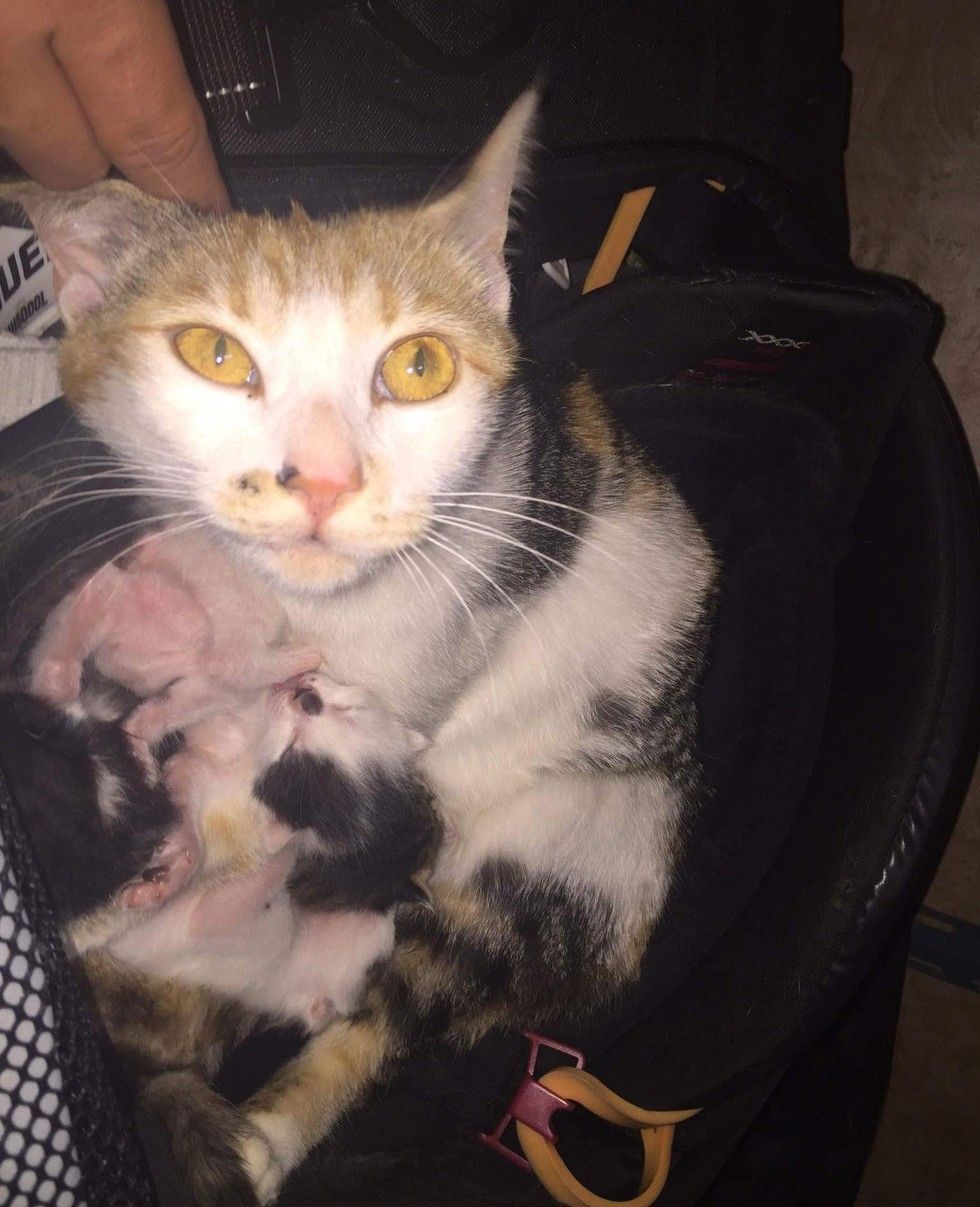