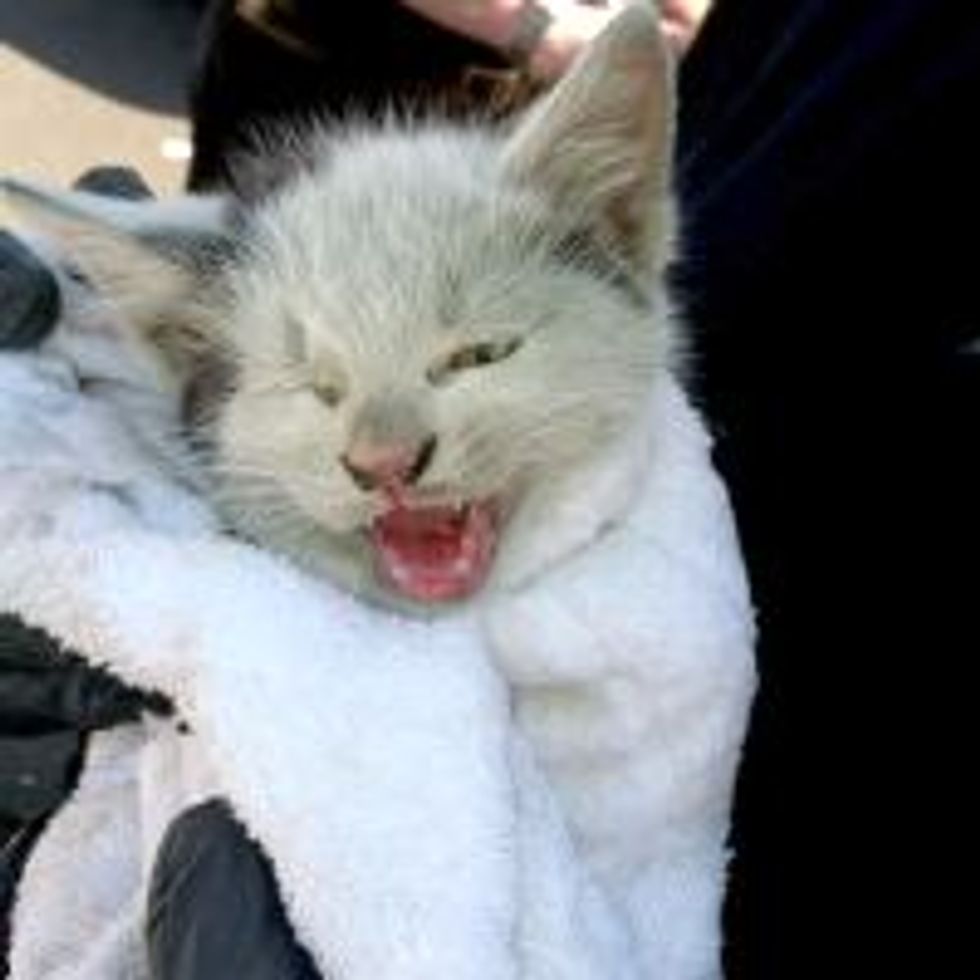 A tiny stray kitten somehow ended up in a car engine compartment. When Victoria Feldman heard meowing coming from her car, she knew something wasn't right.

According to Silive.com, Victoria said: "As I was arriving at the college campus, I heard a terrible bloodcurdling meowing coming from under the hood of my car.... I immediately stopped the car but was too afraid to look under the hood. I had heard of stories of cats getting caught up and cut up to death in fan belts of cars and was scared of what I might discover under the hood."

She asked for assistance from a safety officer, Gregory Rodriguez, who happend to be on duty at the time.

"I looked in the engine compartment and there was a dirty little tiny kitten looking up at us and meowing for help," Rodriguez said via Silive.com. It wasn't an easy task to free the kitten, so Rodriguez called backup. Six showed up and were ready to start the rescue work.

"The car was jacked up and some of the tires were removed as the rescuers tried from underneath and other angles to grab the kitten that had somehow clawed its way to the back of the car and was lodged up behind the gas tank," reported Silive.com. They finally got hold of kitty's leg and officer Rodriguez was able to get the little one out unscathed. The kitten was dirty and terrified. Officer Rodriguez gently wrapped him in a towel. The entire rescue took approximately two hours.

Since no one claimed the little kitten, Victoria decided to keep him. She named him Chassis. Initially, the kitten was scared and took refuge in small spaces at his new home, then slowly, Chassis came out of his shell and accepted his new family and his 6 year-old new sister Allie.

Officer Rodriguez wrapped the little stray in a towel after the rescue:

Chassis at his forever loving home:

Chassis the stray and his new human sister:

Source via Silive.com. Thanks to James G for the story :).