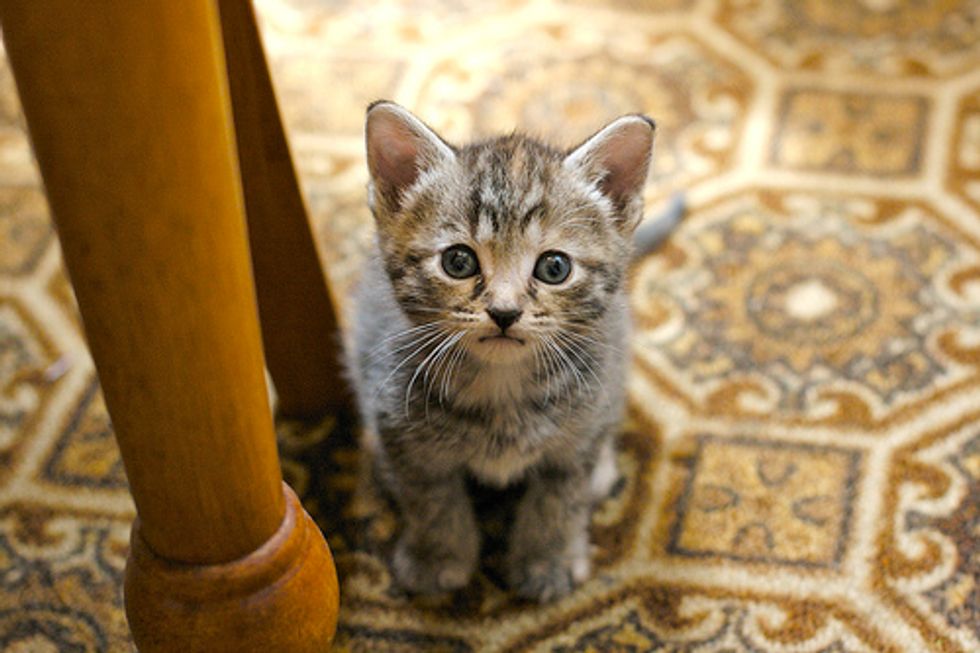 It has been confirmed that a 10-year-old cat in Oregon was infected with H1N1 virus. When the cat was brought to a veterinary clinic, he was found having a fever with labored breathing. However, the cat's condition was worsened the next day and passed away 3 days after the vet visit.

This is so far the first fatal case of H1N1 in a feline. The previous two Swine flu incidents (one in Iowa, the other one in Utah) in which both cats were able to survive and recover. [First confirmed case of H1N1 in cat]

Prevention is the best line of defense to fight against H1N1. The best way to prevent Swine flu is to wash your hands before eating, use a tissue and cover your mouth and nose when you cough or sneeze and apply a hand sanitizer when you do not have the facility to wash your hands.

Humans can transmit certain flu viruses to animals including cats and dogs though incidents like that are not common. Refrain from touching your cat's nose, eyes or mouth if you get sick because those areas are most vulnerable and susceptible to infections.

You can find other news sources regarding H1N1 in cats here.

Miracle Preemie Kitten with the Heart of a Warrior!