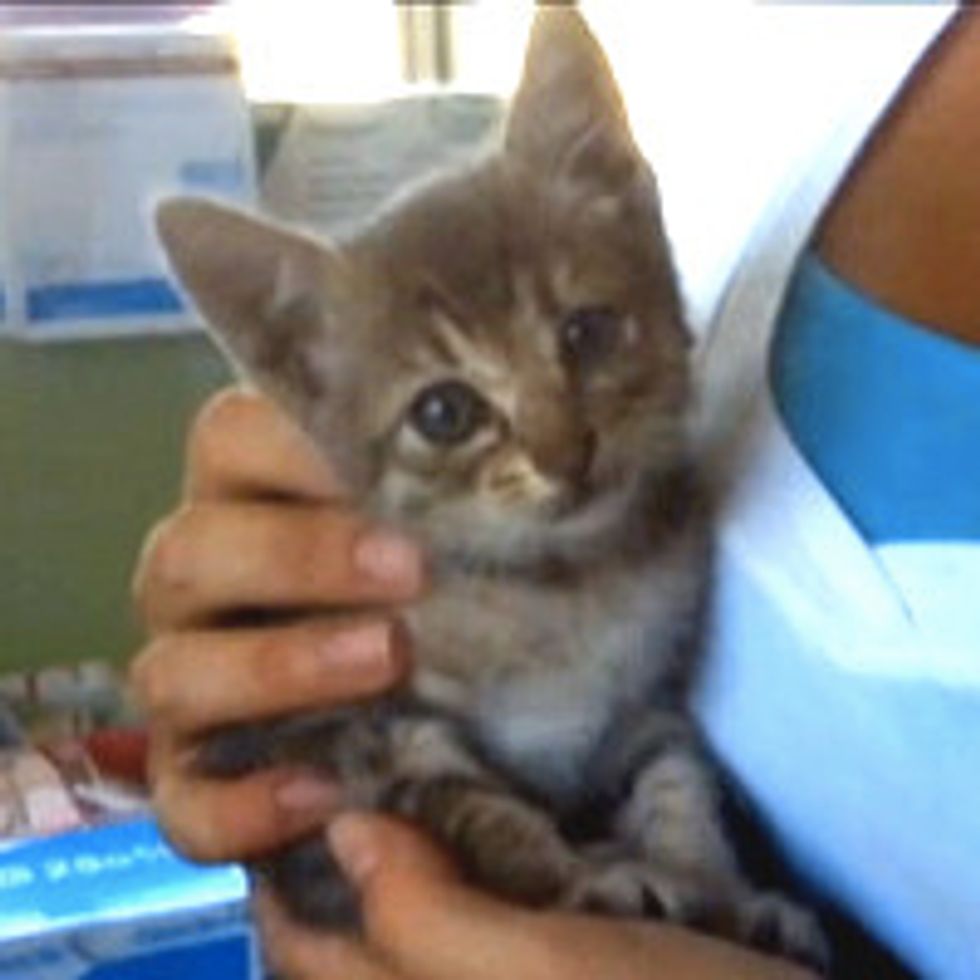 A tiny three week old kitten survived a 1,000 mile trip inside the engine of a car. Two days later, the kitten was found and an animal rescue group and a tow truck company worked together to get him out safely.

The car owner called Julia Di Sieno, the founder of Animal Rescue Team, Inc and said that she believed there was a stray cat trapped somewhere inside her car. Later, she was advised to contact the police department and ask them to call animal control.

Julia said: "Animal control was dispatched, an officer showed up, and he thought perhaps the kitten was no longer in the compartment."

But she got another phone call from the car owner later that afternoon, saying she could still hear the cat. "I had to go do something," she said.

It took them a while and a lot of team work to locate the kitten. They got help from a tow truck company so that they could lift up the car to look underneath. Eventually they found the kitten lodged in the silver Honda Fit's engine compartment.

"I was concerned about this kitten because it had been in the car engine for two or three days. I put on latex gloves, and I managed to get my hands in there until I had a little kitten and wiggled it through."

The kitten was dehydrated and had an infected eye. She received treatment and is expected to make a full recovery.

"He is very tame now, purring, and finally eating. We've been treating him with antibiotics."

"The moment I pulled him up, it was so exhilarating," she said. They named the kitty Love after the owner of the tow truck company for volunteering to help in the rescue. 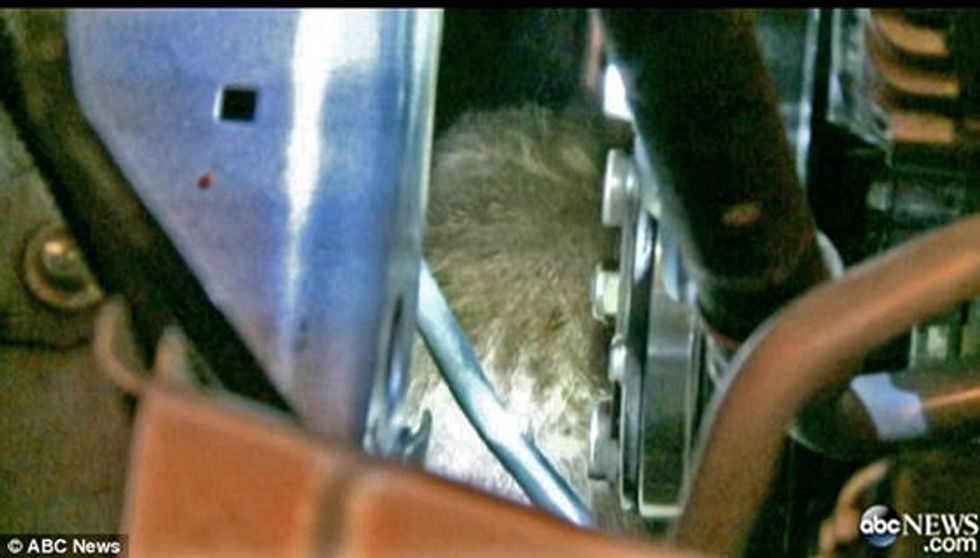 After the car owner heard the cat meowing, she got help from an animal rescue group and a tow truck company. 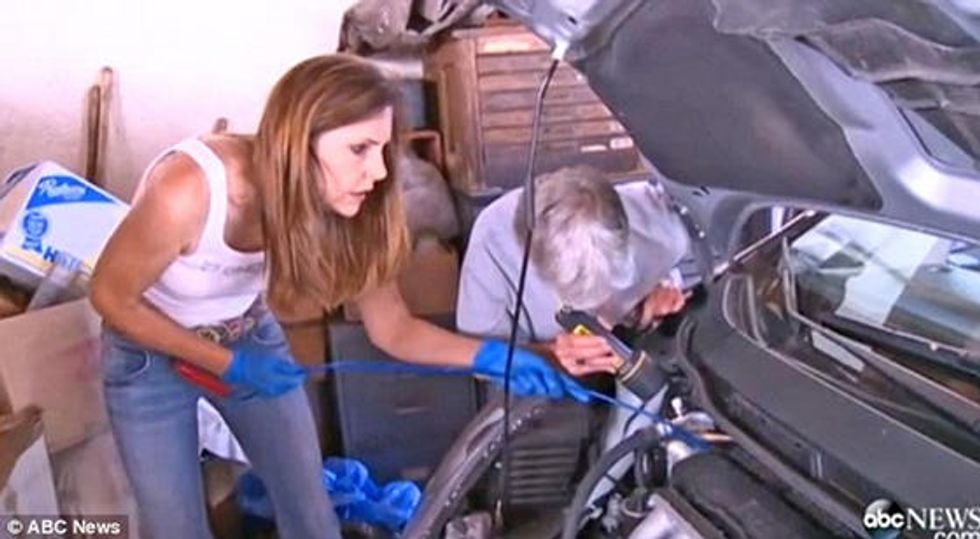 They pulled the kitten out of the engine compartment safely. 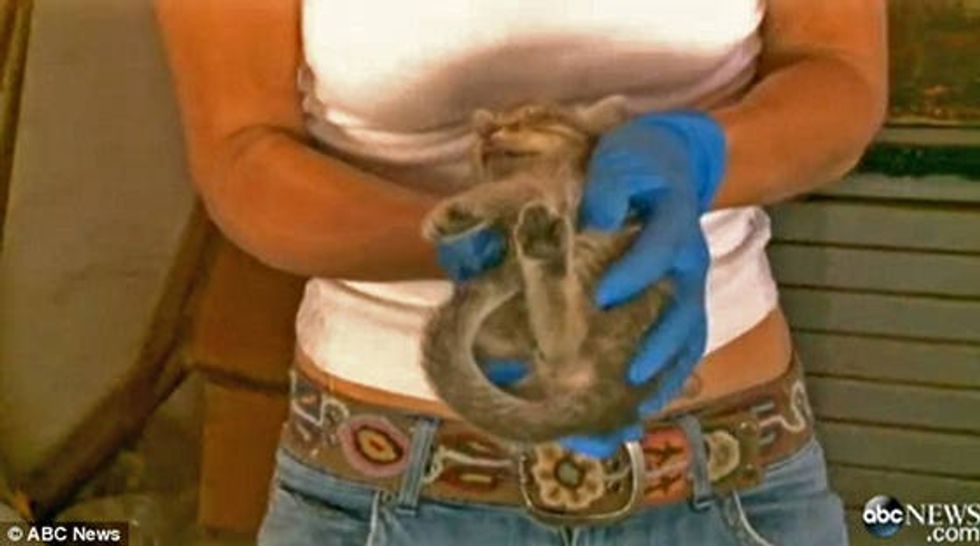 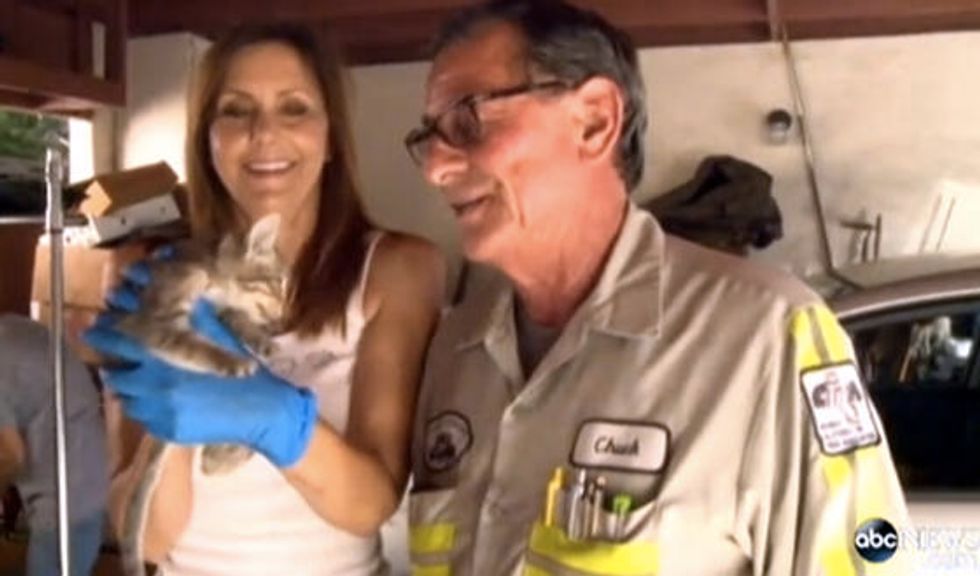 The little kitty was dehydrated and had an eye infection, but is expected to make a full recovery 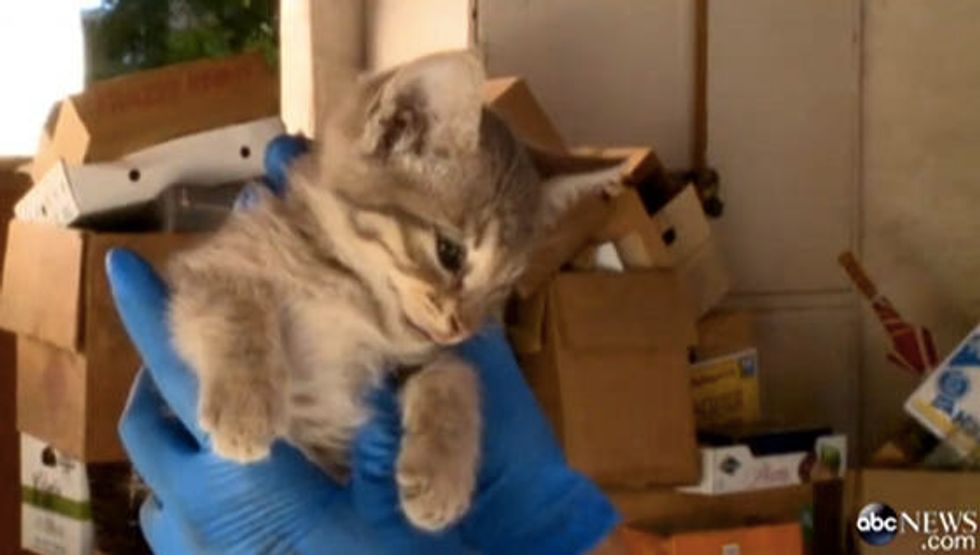 He is safe now, purring and eating. 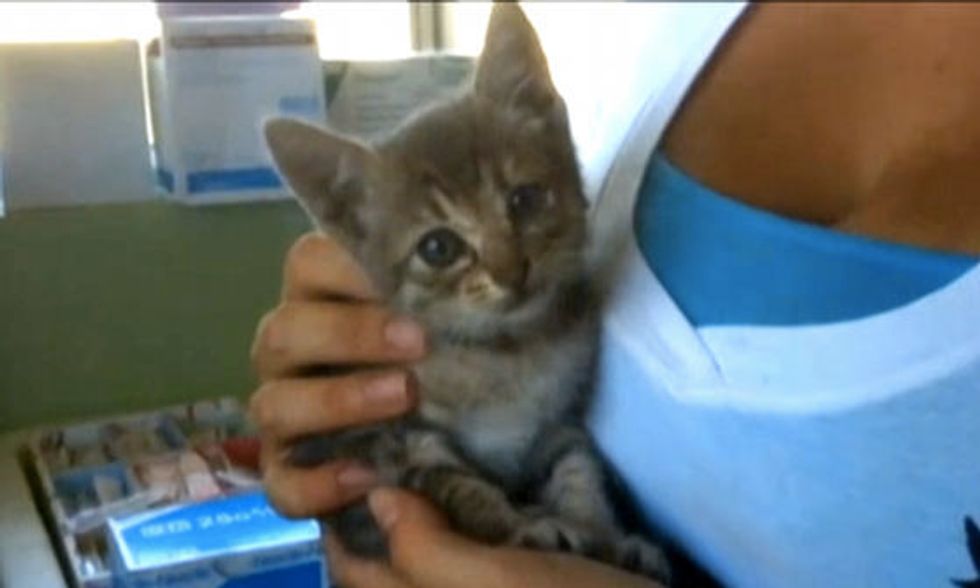