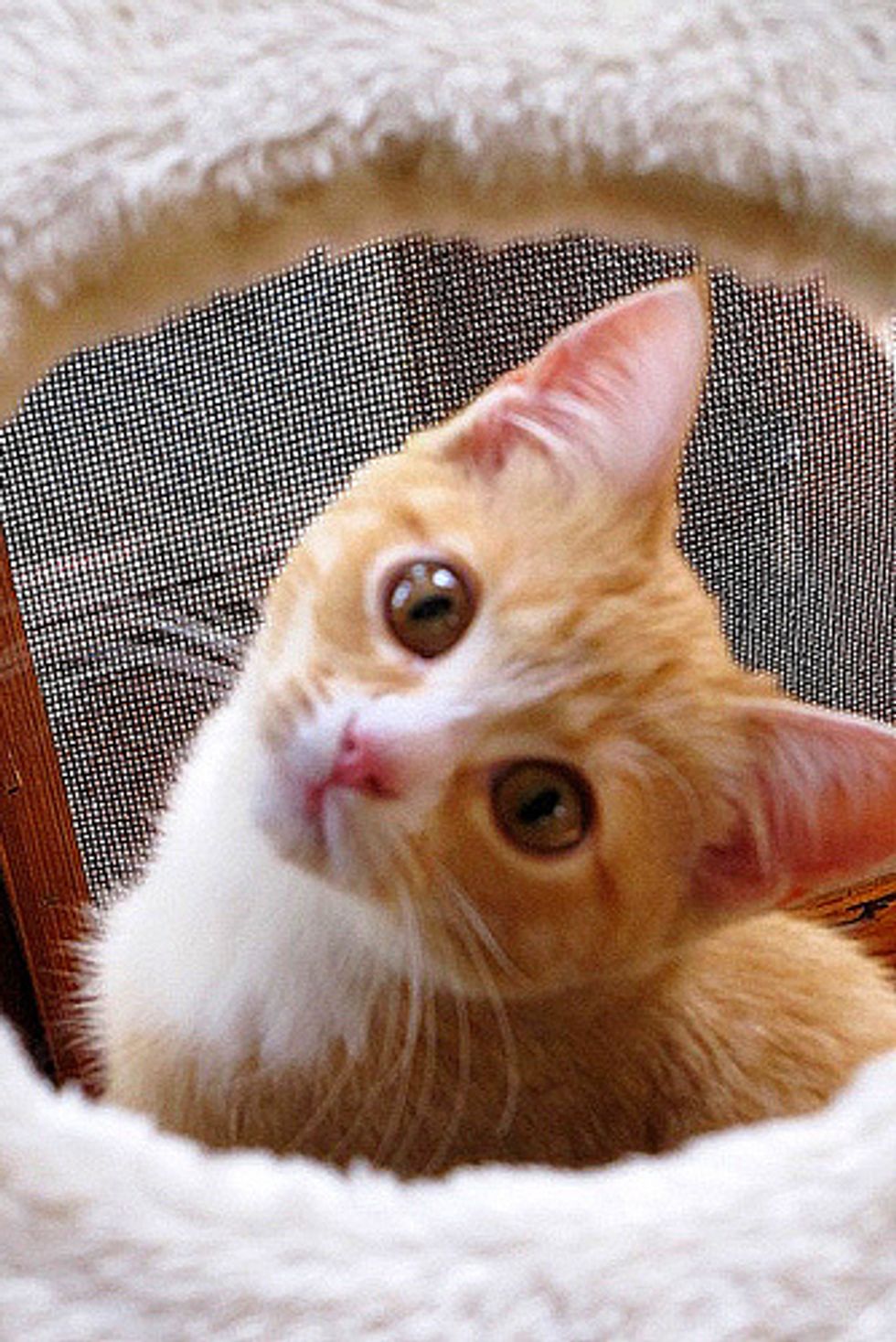 I had been debating whether to get another cat to keep my other cat coco company. My hubby wasn't that keen. Then I went through a bit of a rough patch so my hubby thought it was ok to get a kitten. He preferred not getting a ginger one or a white one.

So I headed off to the cat protection society in Greensborough, Melbourne. I wanted to get one as young as I could so it would be less threatening to Coco (a fiery tortie). I looked at all the kitties and whilst I wanted to take them all home I found a little girl kitten and decided to take her home. Driving back home with Tilly in the car, I remembered what my hubby had said to me about not getting a ginger or a white one. OOPS. Tilly was both - ginger AND white!!

I was told to keep Tilly and Coco separated for 6 weeks which I didn't because I was eager for them to get along. After about 2 weeks things settled down and now they love each other dearly. Coco calls her like a mother cat when she can't find her.

Tilly is quite wild and doesn't like to be held, but will come and sit on me and sit beside me - on her terms. She is such a sticky beak and always likes to know what I am doing. If i go out, she sits by the door meowing until I come home, I have been told. She loves water and loves to climb up the screen door or the windows with screens on them. She is also a "fetching" cat. She has a pink mouse and various toys which she comes and drops in my lap for me to throw to her which she always brings back. She brings them to me at night when I go to bed as well. Sometimes I wake up in the morning and I will have a bed full of her toys all bought in during the night. She even drags the long ones that are attached to sticks. She likes stealing my crochet and knitting.

I often look at her and think "who saved who?"