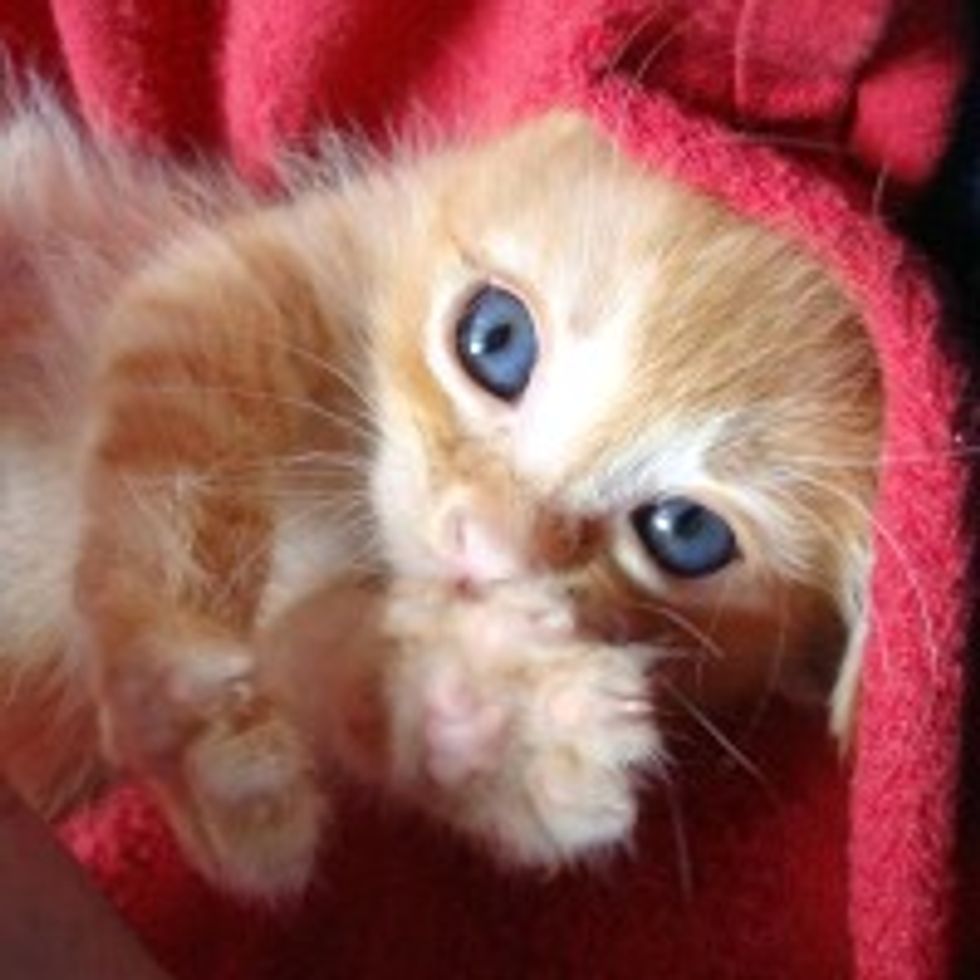 Cicero was found outside defenseless and underweight, but as soon as he was touched, he started purring the loudest purrs. "All you have to do to get him to purr is to barely touch him. He loves to be held and petted," said Robyn A, volunteer from Challenger's House in Alabama.

"When they handed him over Tuesday evening, he was cool to the touch even though he was wrapped in a blanket. Even after we got him warmed up, he wasn’t interested in eating. After he’d been sleeping for a few hours, I reached in to take him out and offer him some more formula, and I could see that he was breathing, but couldn’t wake him up. I was so sure that he was not going to last much longer, but he did eventually wake up. I got formula into him, and when I got up at 1 in the morning to check on him and give him more formula, he was so bright-eyed and happy that he was like another kitten entirely," Robyn wrote on her blog.

"He’s such a sweet boy that I think I’ve kissed him about 3,000 times since Tuesday. Lucky for me, he likes kisses!

Cicero on day two at his foster home 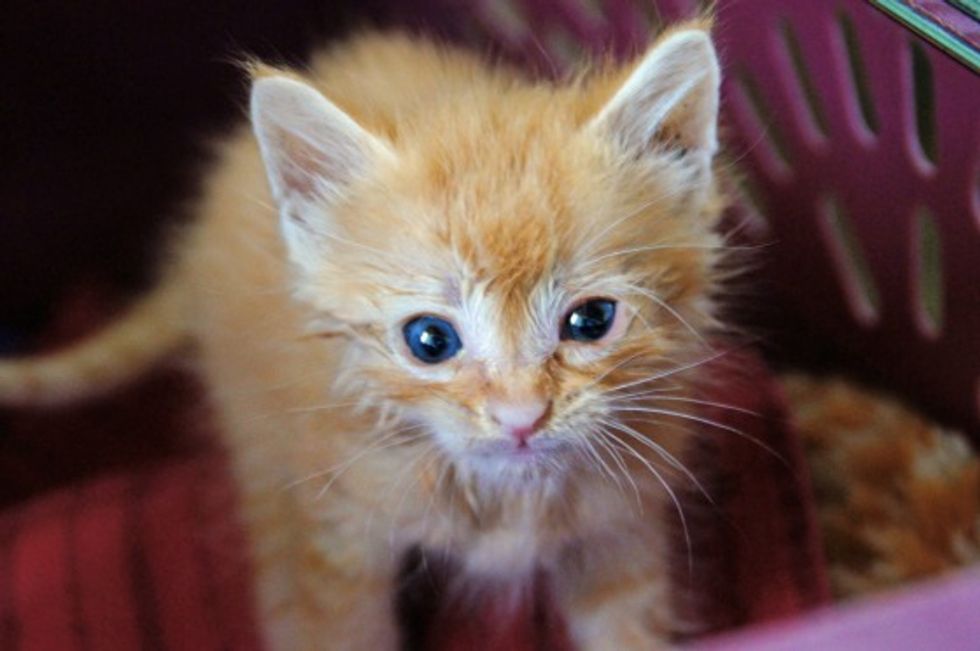 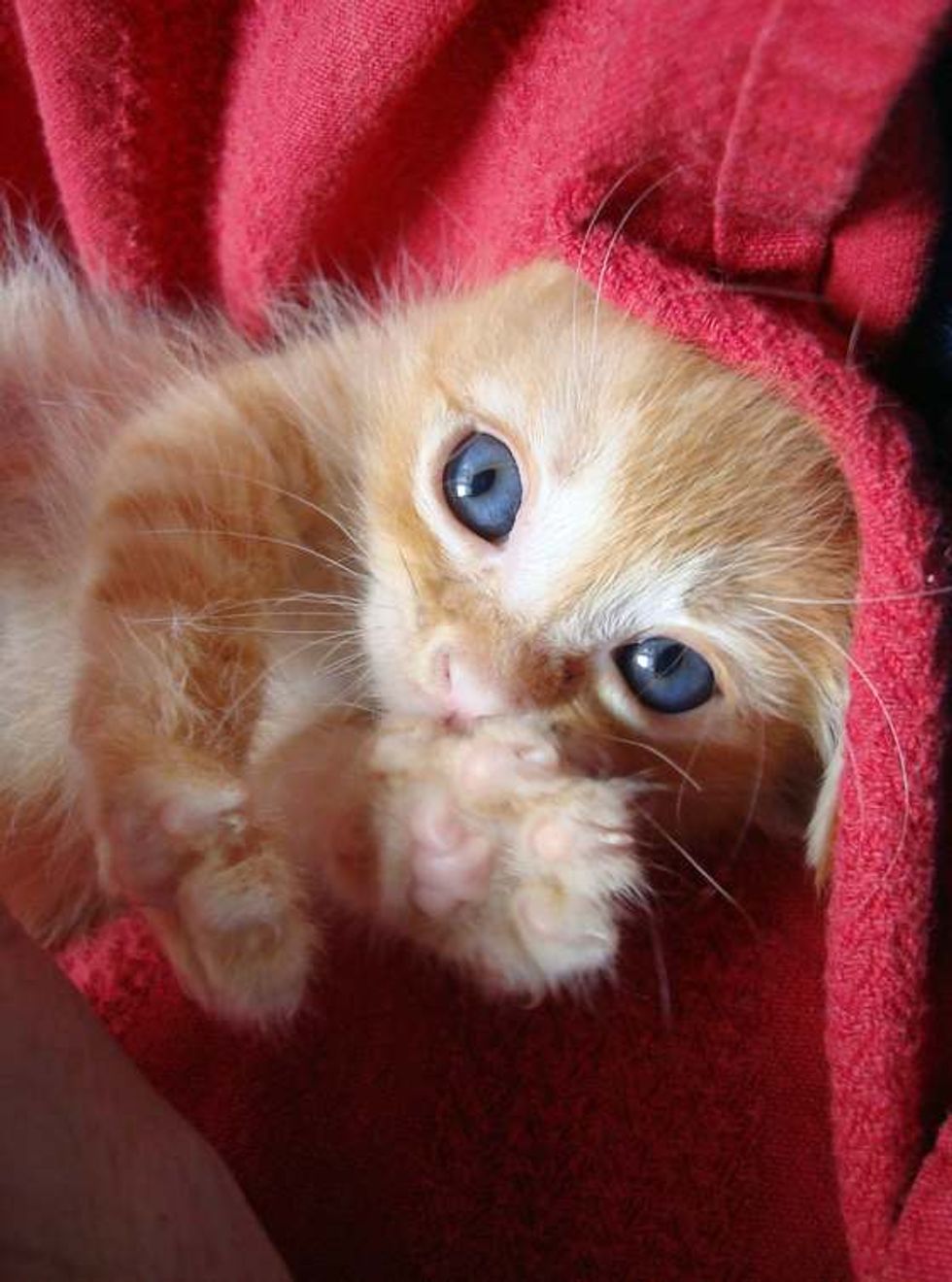 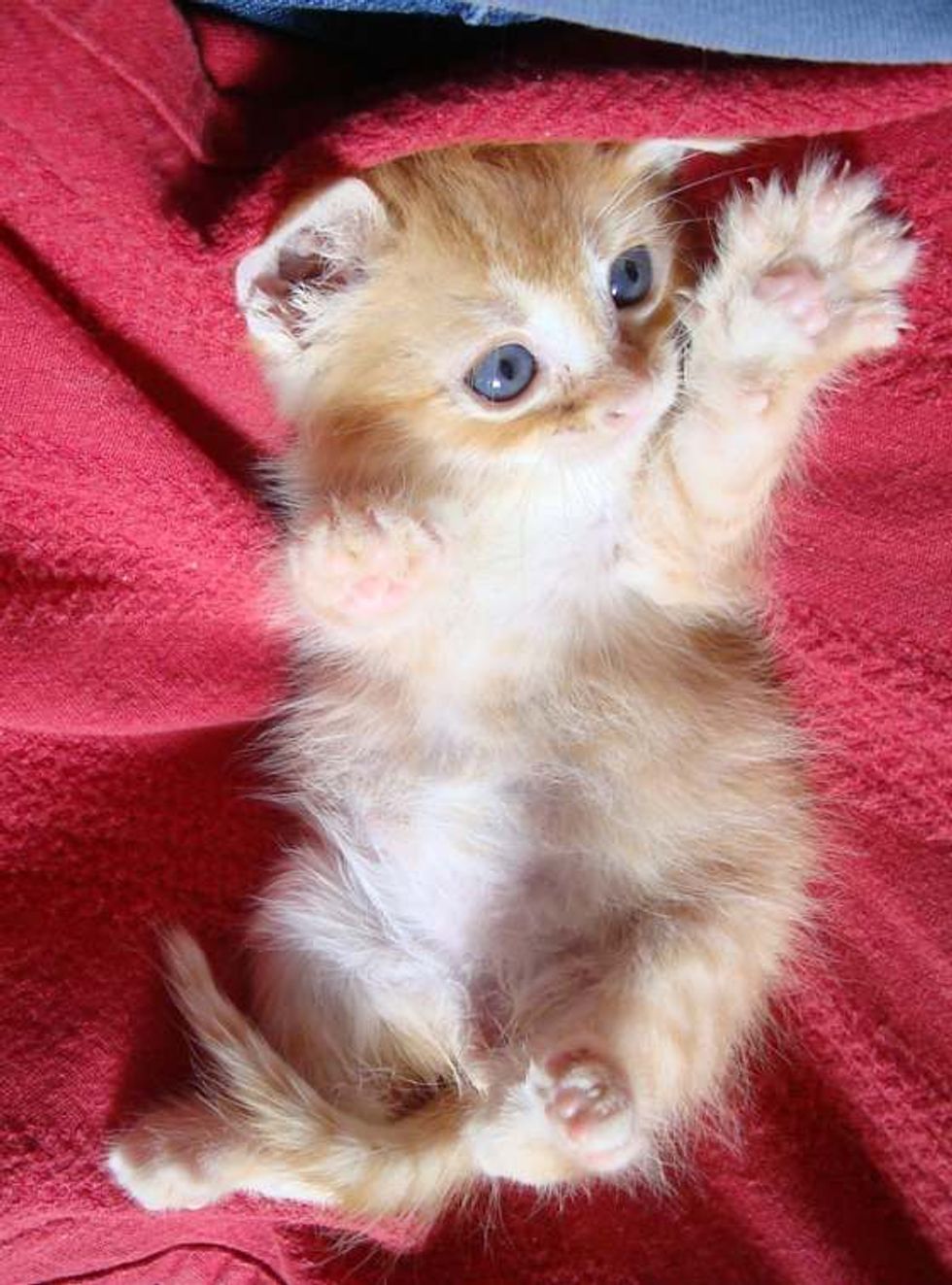 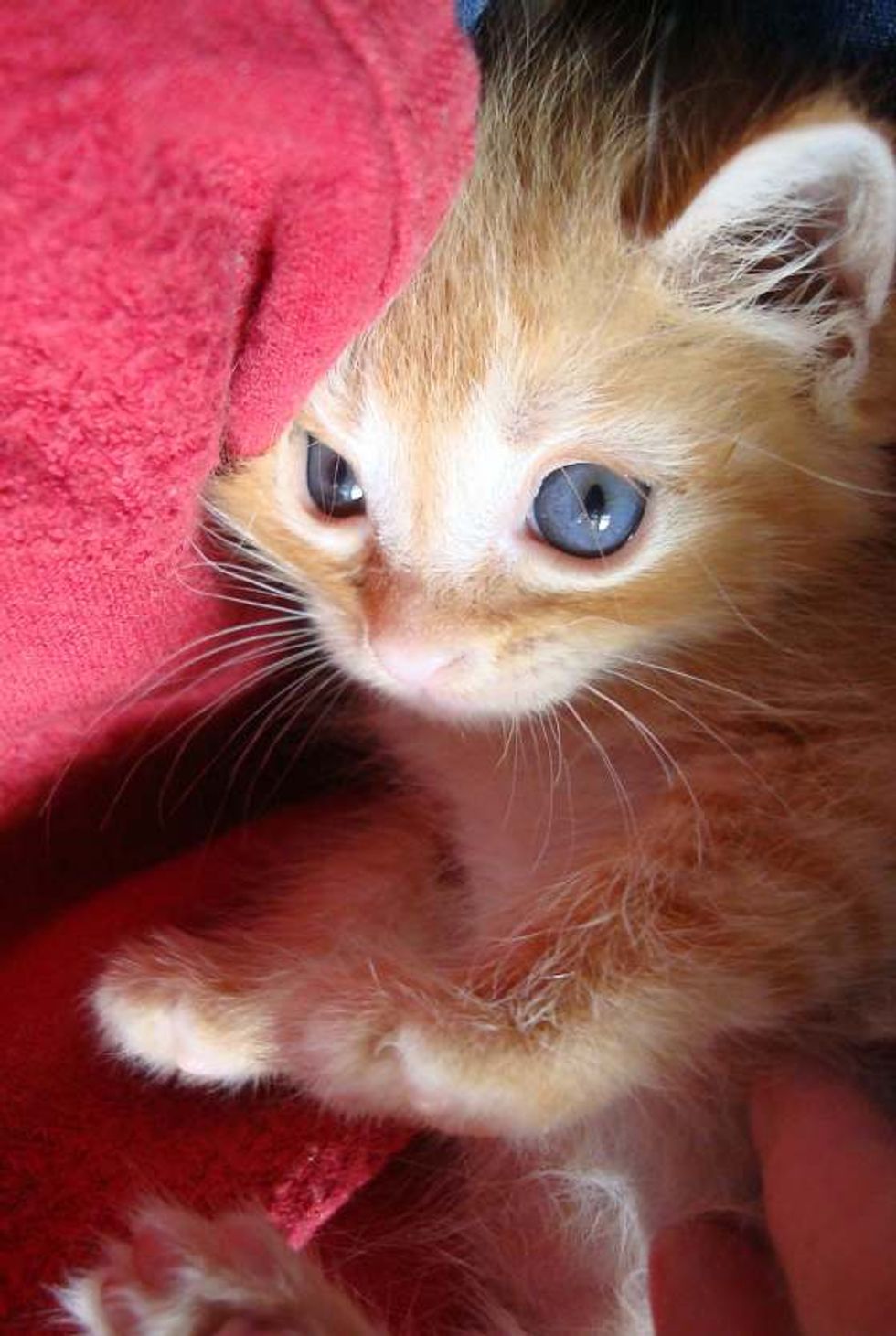