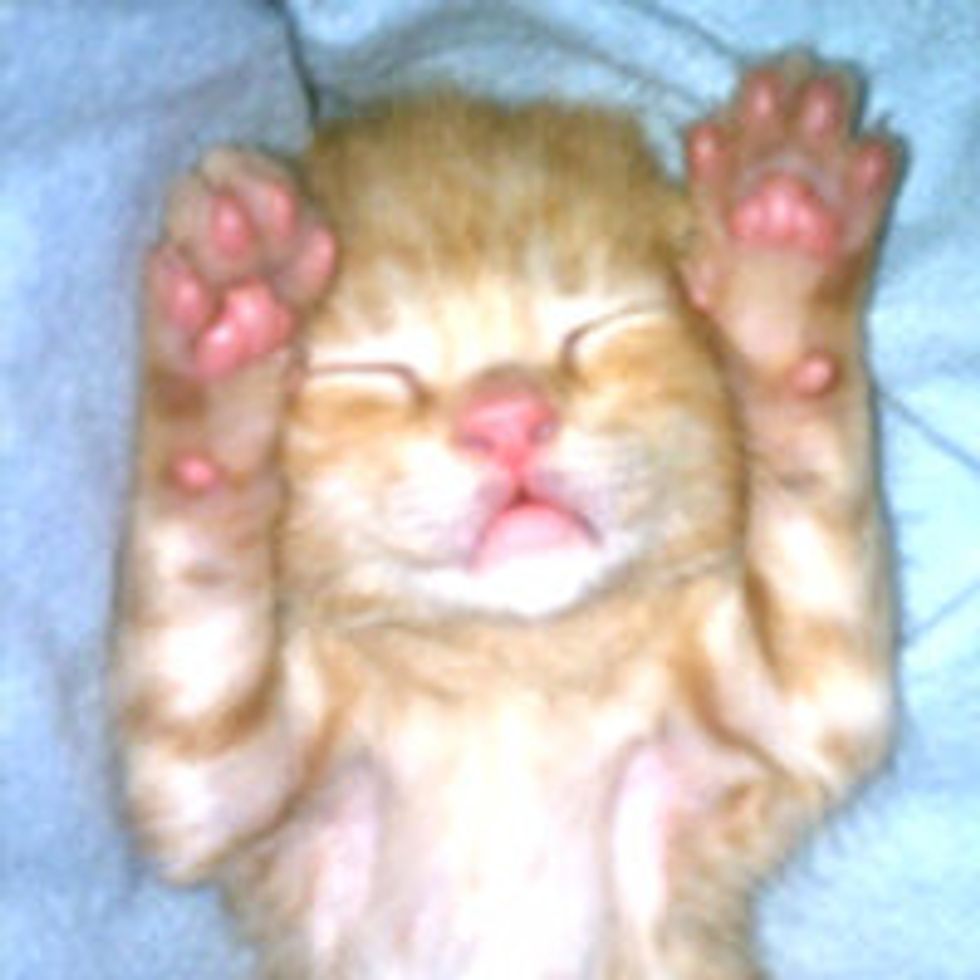 Meet Oliver, a little ginger rescue and his journey from being in the dangerous outdoors to a forever loving home.

The place my folks works at has a feral female cat who sleeps in one of the warehouses. She's basically known for getting knocked up by the neighborhood cats and have multiple litters of kittens. She's a very hostile and mean cat though (the kittens weren't safe)... This continued to happen and began to become a real concern. The company my parents work for decided it'd be best to fix the cat so this won't keep happening, but there was still a couple kittens remaining from her last litter. So, we rescued and kept the smallest one and found the other kittens good homes. We didn't like the idea of taking him away from his mother at such a young age but considering the situation, it was necessary for his safety. He was about 6 days old when we took him home.

His eyes were just starting to open. We then made him our #1 priority for the next few weeks. We researched and did everything we could in hopes he'd survive. We did the whole deal - bottle fed with formula around the clock, made a fancy temperature controlled bed, cleaning up constant poo/pee, and tons of affection. He continued to gain weight and show signs of growth. He would even lay on my chest, purr, and try to suck on my lip and nose for the comfort of nursing. I named him Oliver from the disney movie, Oliver and Company. He is now over a year old, super lovable, and very happy. Rescuing and having Oliver as a pet has enriched my life significantly. He's my little buddy.

Oliver's mom says: Oliver's known for being needy. He is, and has always been, very attached to me. Every time he sees me stand up to walk to the restroom, he will get up and race me there because he doesn't want to be apart from each other.