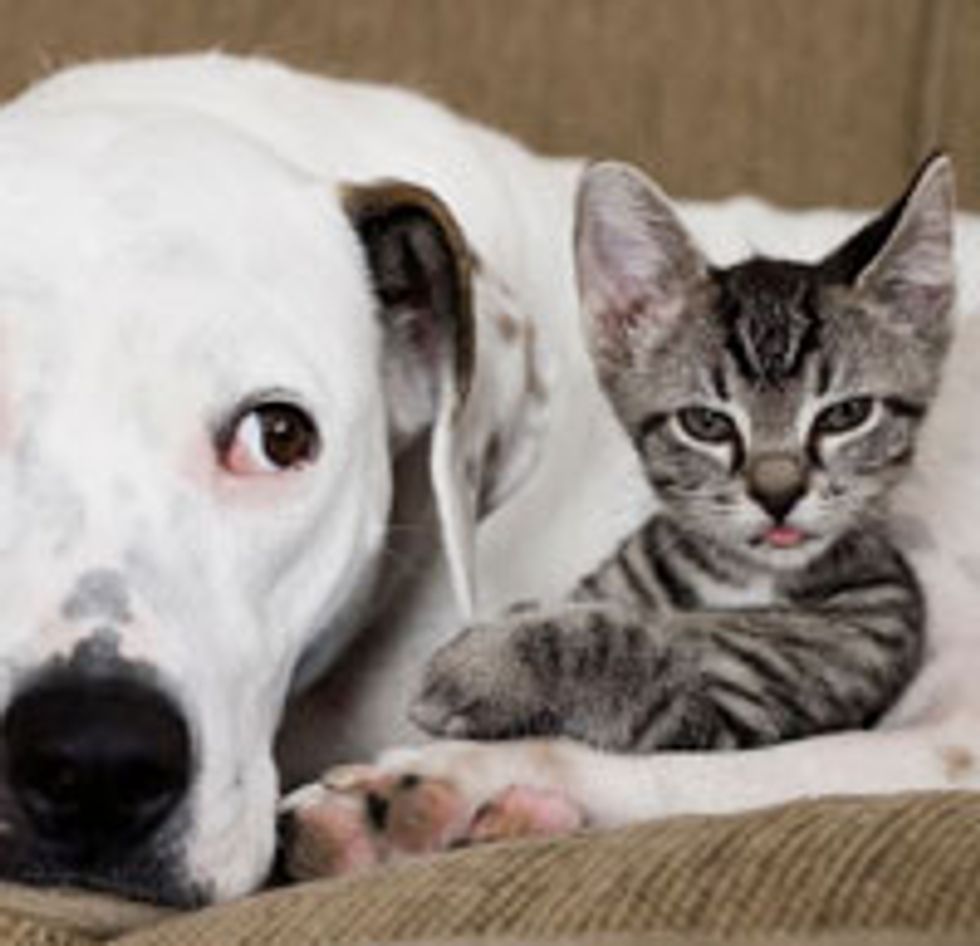 A teeny tiny tabby kitten found something special in a dog who became the mother she never had.

"A few years ago I was working in a no-kill shelter and Mae was brought in by a woman who had found her. She was all alone, very dehydrated and only weighed a few OUNCES. I offered to foster the pitiful little thing and the director told me not to get too attached, she probably didn't have much of a chance of surviving. Fortunately, no one told Mae that. She had every problem you can think of from ringworm to intestinal parasites, but she had more than her share of fight in her and after a long period of bottle feedings, creams, ointments, meds, carrying her around with me 24/7, you name it... she was healthy and strong enough to get spayed and vetted and go up for adoption," said Jennie.

Abigail, one of Jennie's house dogs, took Mae under her wings. She watched Jennie bottle feed the little kitten and helped clean her up and cuddle her to sleep after every meal. She is very protective of her "baby" and Mae clings to her like a daughter to a mother.

"Well... (Mae) never made it back to the shelter. She had claimed her place in our family... forever. Beyond how much I had fallen in love with the little monster, Abigail helped raise her and there was just no way I was going to separate them," Jennie added.

"Mae Button is one of the sassiest characters I know. I would say of the two dogs and three cats in my house right now, she is definitely the fearless leader. A little crazy, a little naughty and very very loving... she's my little heart and I'd be lost without her."

Photos courtesy of ©Jennie (flickr: jclutter). This is one of the first couple pictures of Mae and Abigail snuggling together:

Now Mae is all grown up but the two are closer than ever.