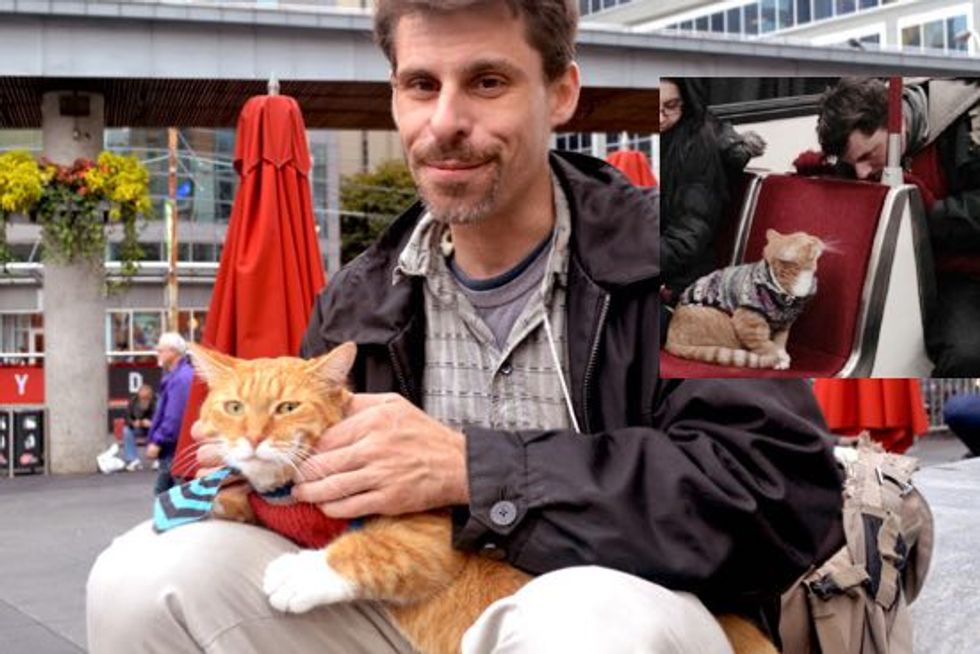 Touching Story Of The 'Subway Cat' And His Human

A tabby cat called McLovin' takes his regular subway train rides with his human Leslie Noel in Toronto, Canada. The two are inseparable. The story of how they found each other explains this incredible bond.

"He’s my baby, he’s like my child. When I’m crying he licks my tears, when I have bad dreams he wakes me up, I kid you not. He’s a miracle cat. He’s like a fallen angel."

The two met three years ago when Noel was looking for an apartment. The landlord offered him a room and reassured him not to worry about the smell and the mess in there. "'It’ll be cleaned up by the time you get in there.' He unbolts this door and inside was four dead kittens and McLovin'," he added.

Before Noel found McLovin', he was still coping with the passings of his parents. "I prayed to God. I just wanted not to be alone any more," he said. "What I meant was a girl, but the exact next day I found him. And he’s in my life ever since."

He found McLovin' when he was looking for an apartment. He rescued the cat and bottle fed him.

The two became inseparable. "He’s my baby, he’s like my child. When I’m crying he licks my tears, when I have bad dreams he wakes me up, I kid you not. He’s a miracle cat. He’s like a fallen angel." (photo: Martin Reis)

They take regular subway rides together.