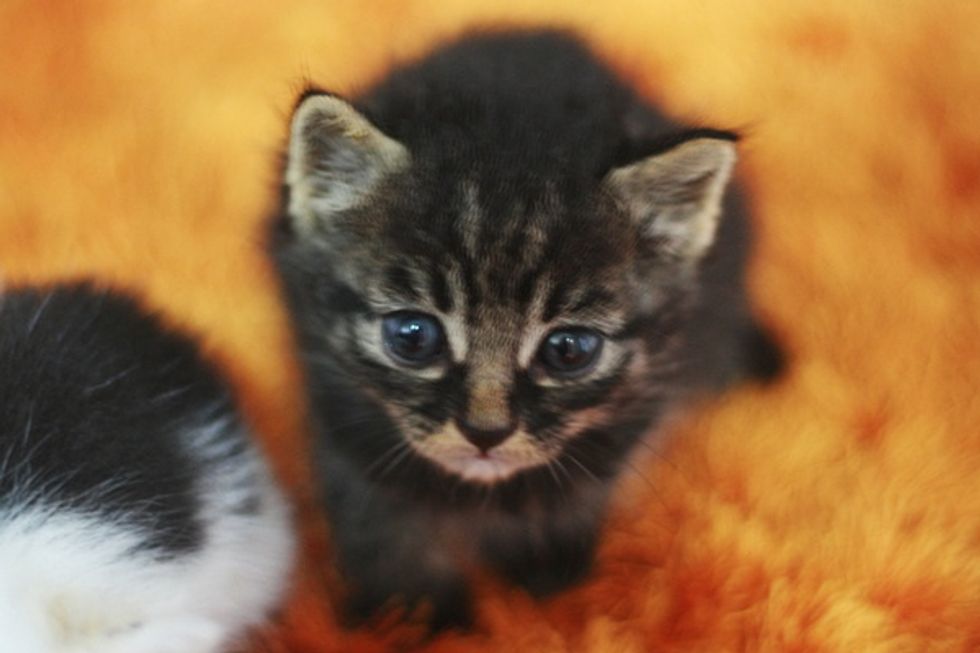 I found Pai on June 9th and on the 25th I found a litter of four, squirming around in the rain looking for their mom. I had to pick them up and bring them home.

I spent the entire month looking after these rescued kittens. I had to get up several times at night to feed them, so they would receive enough food around the clock. Unfortunately, one of the kittens did not make it. Two others got adopted out later on.

I decided to keep Pai and Hei who are not from the same litter because of how much they grew on me each day. When Hei was still nursing, he loved to suckle and nibble on the carpret. I thought this little guy would turn out to be a clinger, but was I wrong. Hei is very independent and is the boss in the house. Pai on the other hand, loves to tag along with me for attention and love.

Pai is in love with Hei. She was very protective of him when they were very little. She continues to be caring and nurturing for her little brother even till today. She washes his hair and even cleans his face after every meal. She is like a little mother that he has never had. I remember trying to take away Hei from Pai during a feeding session, she was not happy about it at all.

When I just found Hei, he was as big as my palm, but today he's so much bigger and longer especially when he stretches out his body. He's got two beautiful round eyes that look like two headlights when he runs around at night. Every time Hei loses to Pai in a wrestling match, he will make it up by gobbling up a lot of food. I believe he is trying to strengthen his body so that he can beat Pai the next time when they play fight again.

They have become best forever friends even though they came from different parents. Their lives connected them together and they found each other as their saving grace. I am so glad that they have found forever home together with me.