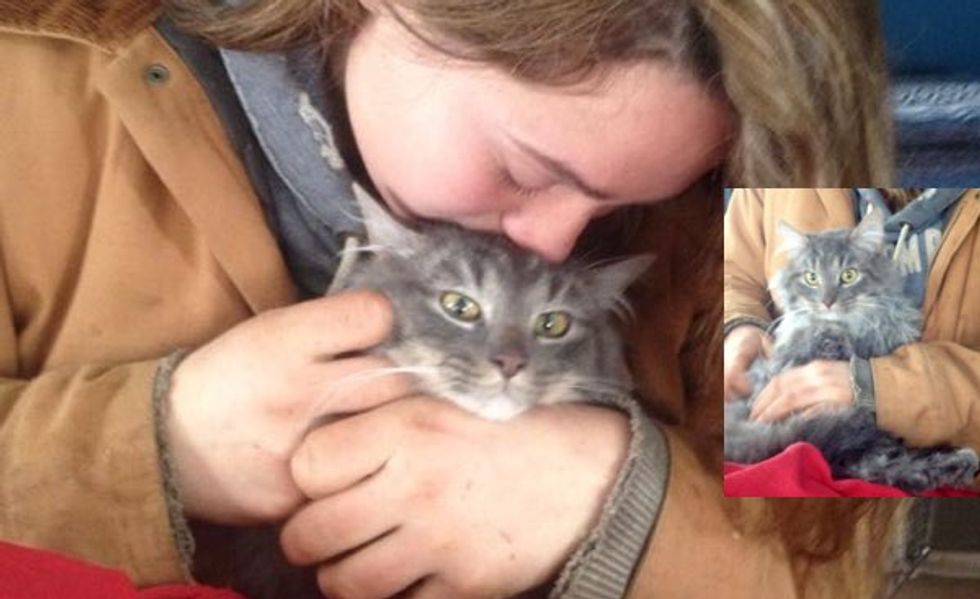 Valentino the Cat Found Covered in Snow and Ice, Has Bounced Back Remarkably!

A cat survived the unthinkable and is doing well after he was found frozen on the side of the road covered in snow and ice. R.J. Poulter was on Route 13 in Old Chatham, New York, when he noticed the cat.

Poulter wasn't sure if the cat was still alive until he noticed some breathing from the cat. He then called Summer Brenna of Little Brook Farm for help. "Once we got him home we sat in front of the fire and we had towels and were massaging him and trying to warm him up," said Brenna via news10.

They named the little guy Rudy Valentino and he is about 9 months to a year old and is in good health. They took him to see the vet today and the kitty was rolling around on the table at the vet's office, having a great time. (Facebook)

Meet Valentino the cat, a little survivor, found frozen on the side of the road covered in snow and ice.

A kind person rescued him from the frozen ground and a rescue group worked around the clock to warm him up.

WATCH THE STORY IN THIS VIDEO:

Valentino has really bounced back. He is a very friendly, sweet cat.

VIDEO: Valentino getting a lot of warmth and love from a volunteer:

VIDEO: Valentino doing much better, walking up to volunteer to show her some love: