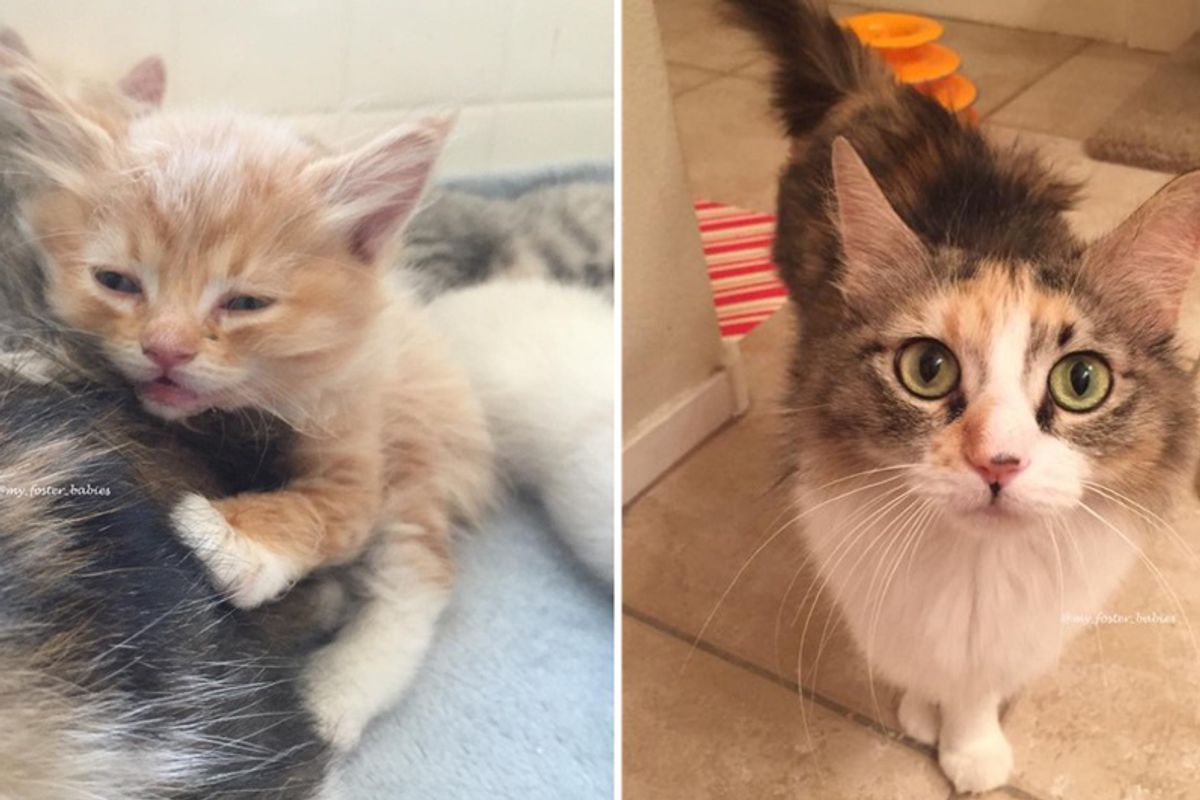 A loving cat mama has never left her baby that passed away. A kind woman adopted her along with her baby's ashes kept in a beautiful box so she could be with her little orange boy at her forever loving home. 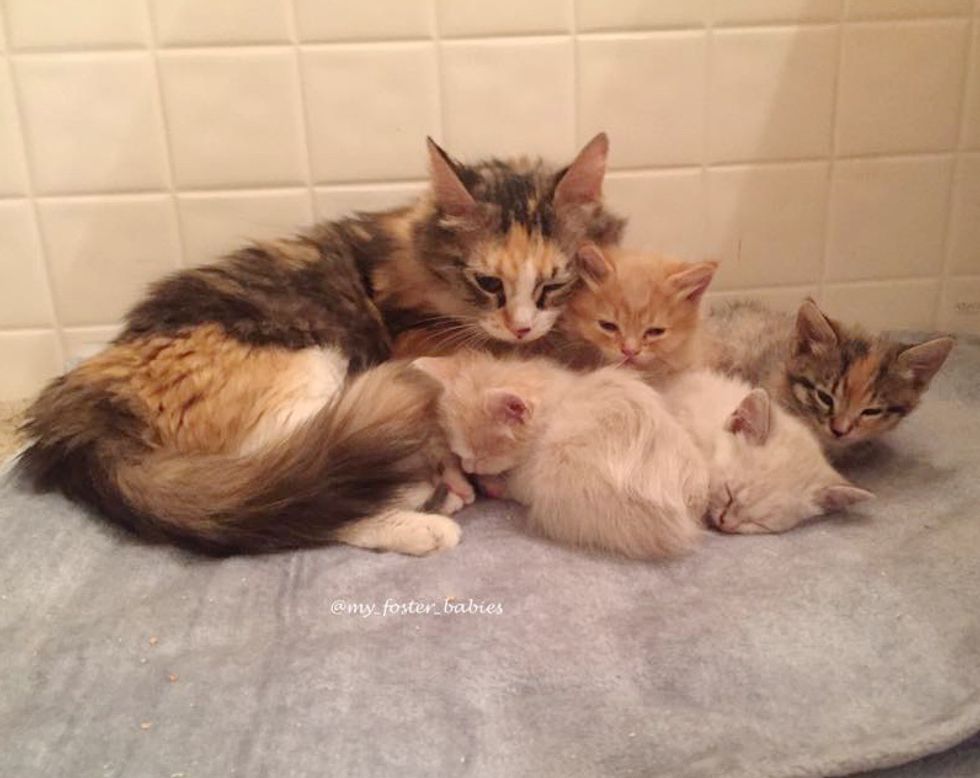 On June 2nd, a sweet calico mom and her five 5-week-old babies came to Nevada SPCA in Las Vegas, NV, hoping for a second chance at life. Stacey, an avid fosterer, took them into her loving home. Right away she noticed just how loving and caring mama Ophelia was to her kittens.

The kittens were born in a woman's backyard. She started feeding them but later brought them to the rescue as she was worried about their health and the unrelenting heat.

The little orange kitten, Bart, was the sickest of all. He had a hard time breathing and eating. Stacey kept the humidifier going all day long and started them on antibiotics. The healthier kittens quickly got back on their paws, but Bart was struggling. 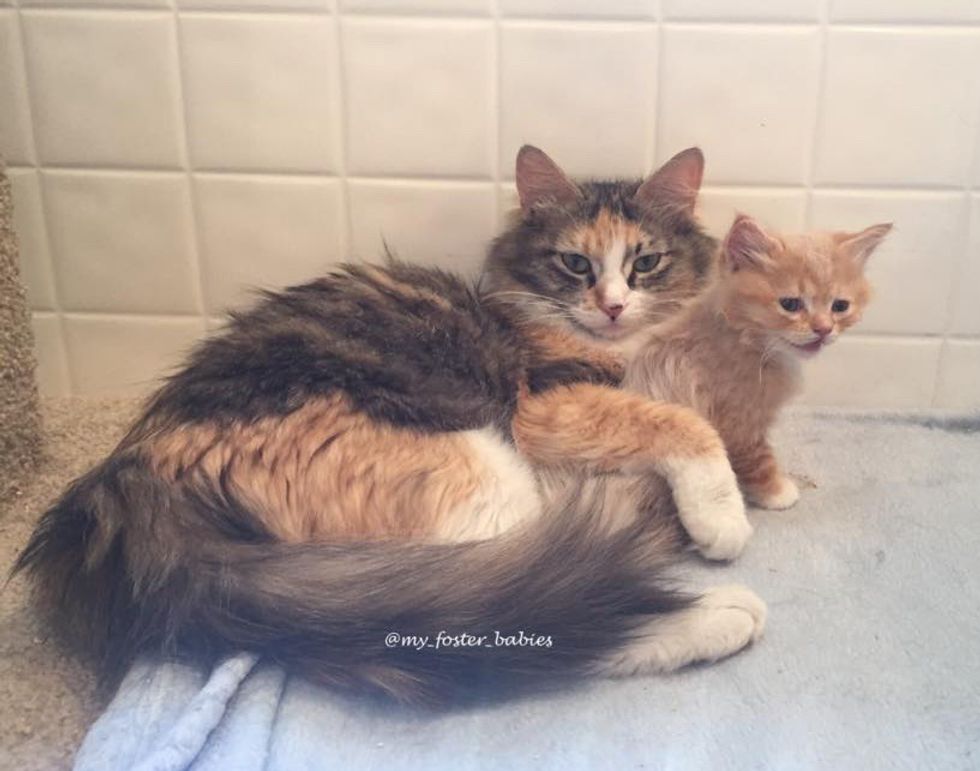 Stacey began supplementing him small amounts of formula—one drop at a time—and water every few hours around-the-clock in hopes of just maintaining him until he could eat on his own again. Mama never let Bart out of her sight and was there for him every step of the way.

"He loved being around his mama and his siblings and even with as sick as he was," Stacey said. "When he was done eating, he cuddled with his mom." 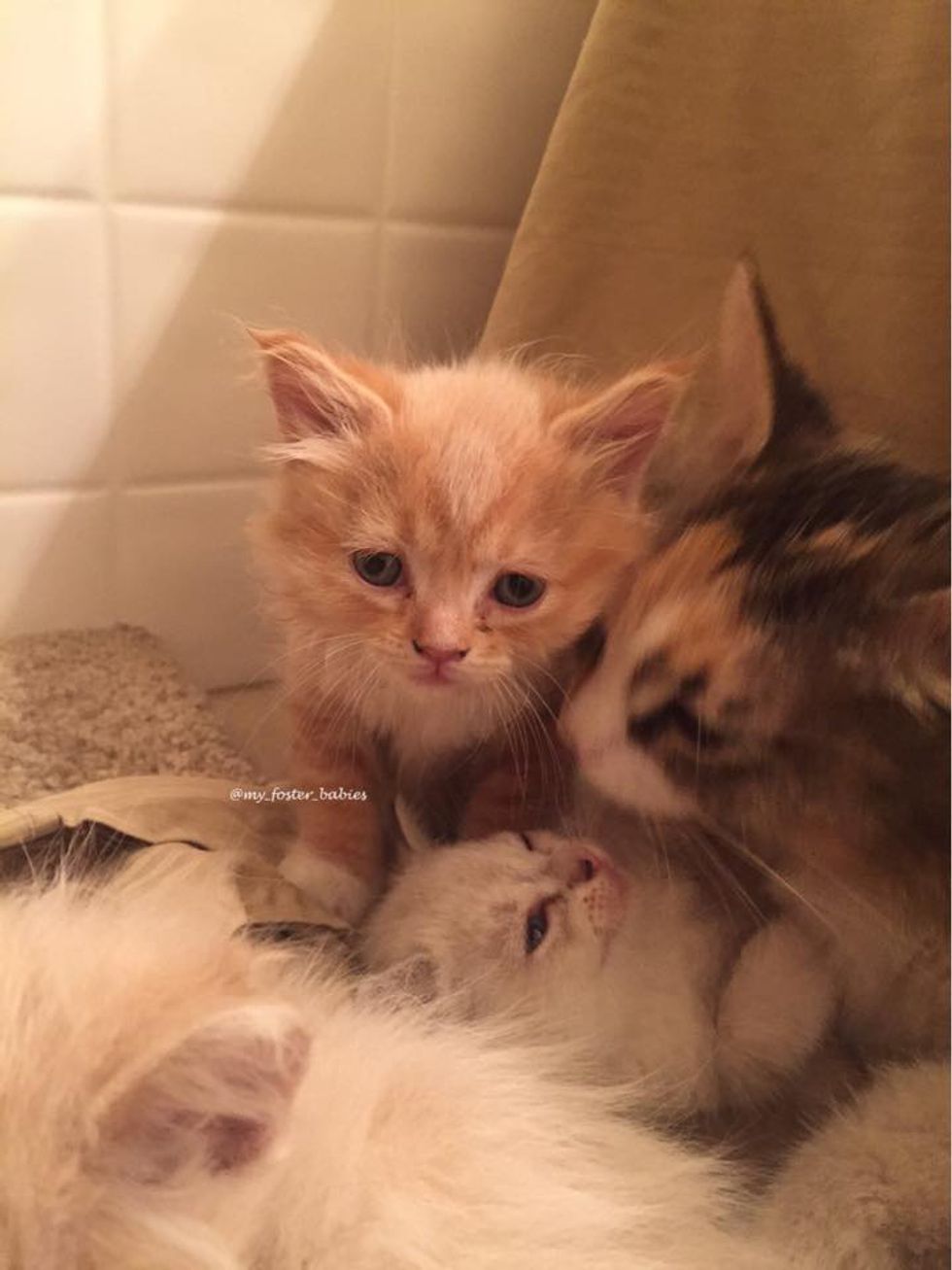 Unfortunately, Bart never improved and it began to show that there was more than just an upper respiratory infection. After another trip to the vet, it was confirmed that Bart had a deformed esophagus, which prevented him from swallowing food, and other rib deformities. Shortly after, Bart crossed the Rainbow Bridge peacefully.

"I had him cremated and his beautiful pine box that holds his ashes has been in the room with his Mom," Stacey said. 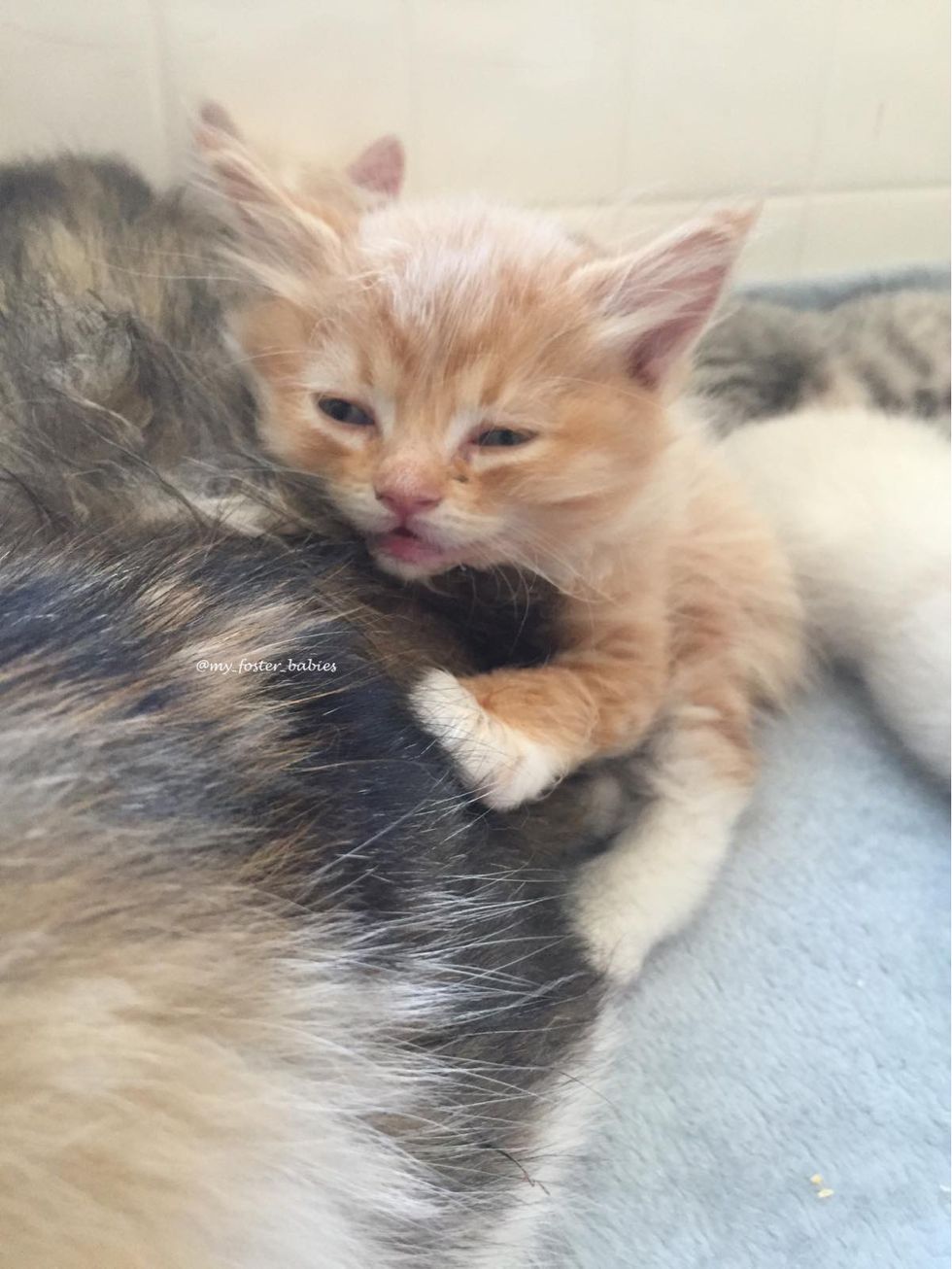 Every time Stacey went to check on mama, she saw sweet Ophelia sleeping next to the box as if she was cuddling with her baby Bart.

"Ophelia was an amazing Mom to Bart and she took such great care of him even when he was so sick." 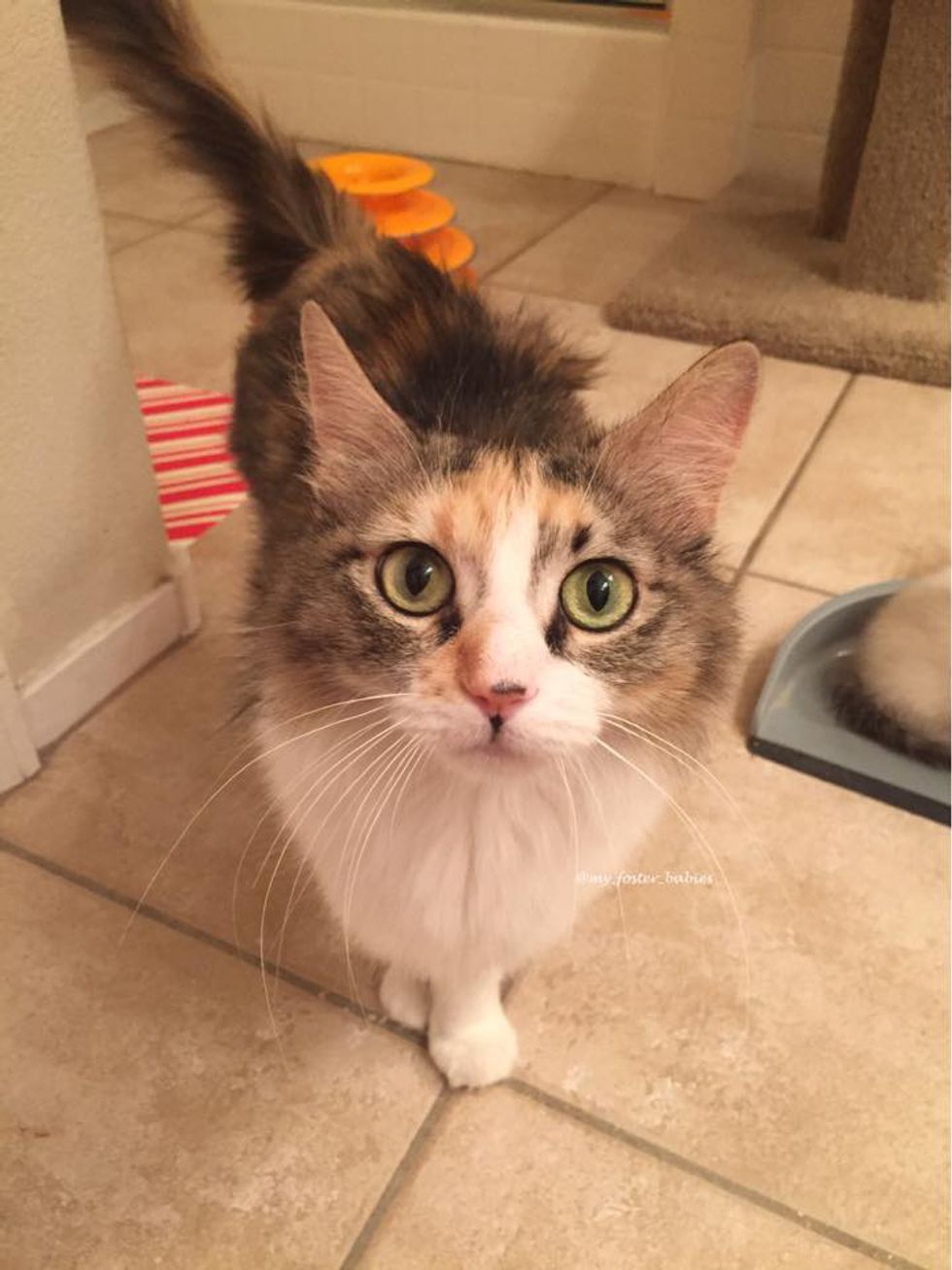 When it came time to adoption, a kind woman offered to give Ophelia a loving home. Knowing how much mama was attached to Bart, Stacey asked if she could take Bart's ashes along so they could be together forever.

"Ophelia's sweet new mom agreed," Stacey said. "This princess is going to have dog and cat siblings. I have no doubt she will be loved and cherished for the rest of her life - exactly the way it should be!" 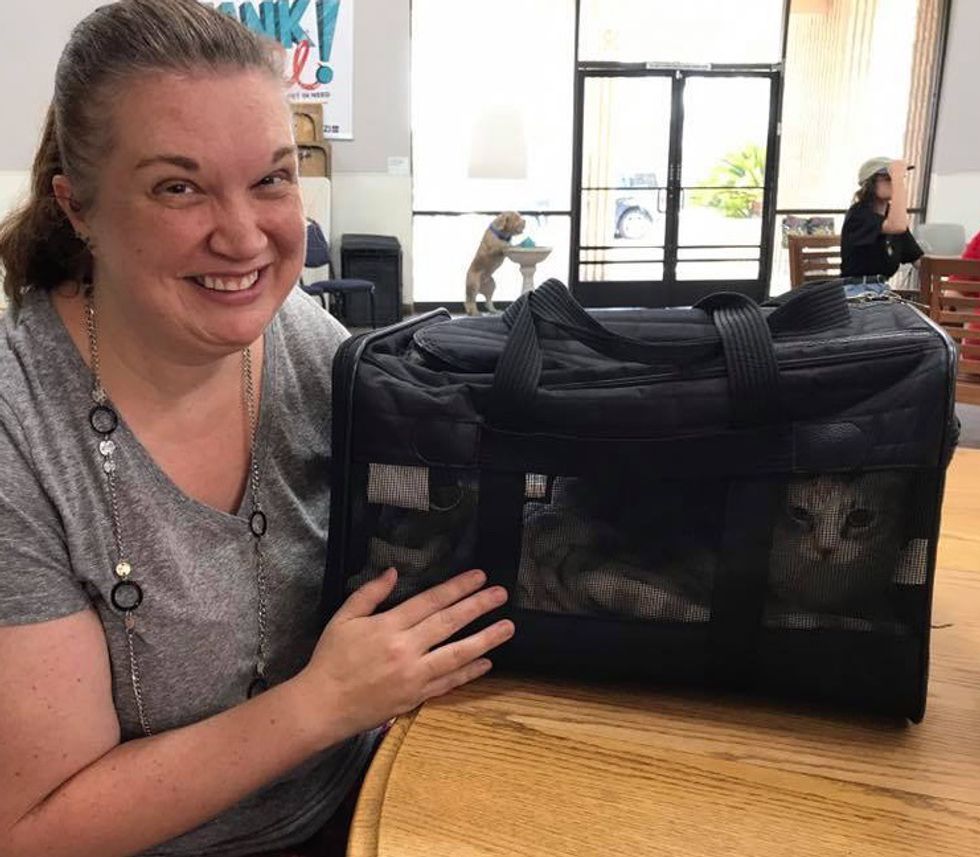 The beautiful calico is now purring up a storm at her new home. "She is one of the sweetest and gentlest Mom cats I've ever had the pleasure of fostering. She was a great Mom to her babies."

Bart was always near his mom for cuddles and love. Now Ophelia will keep him company forever at a place she calls her own. 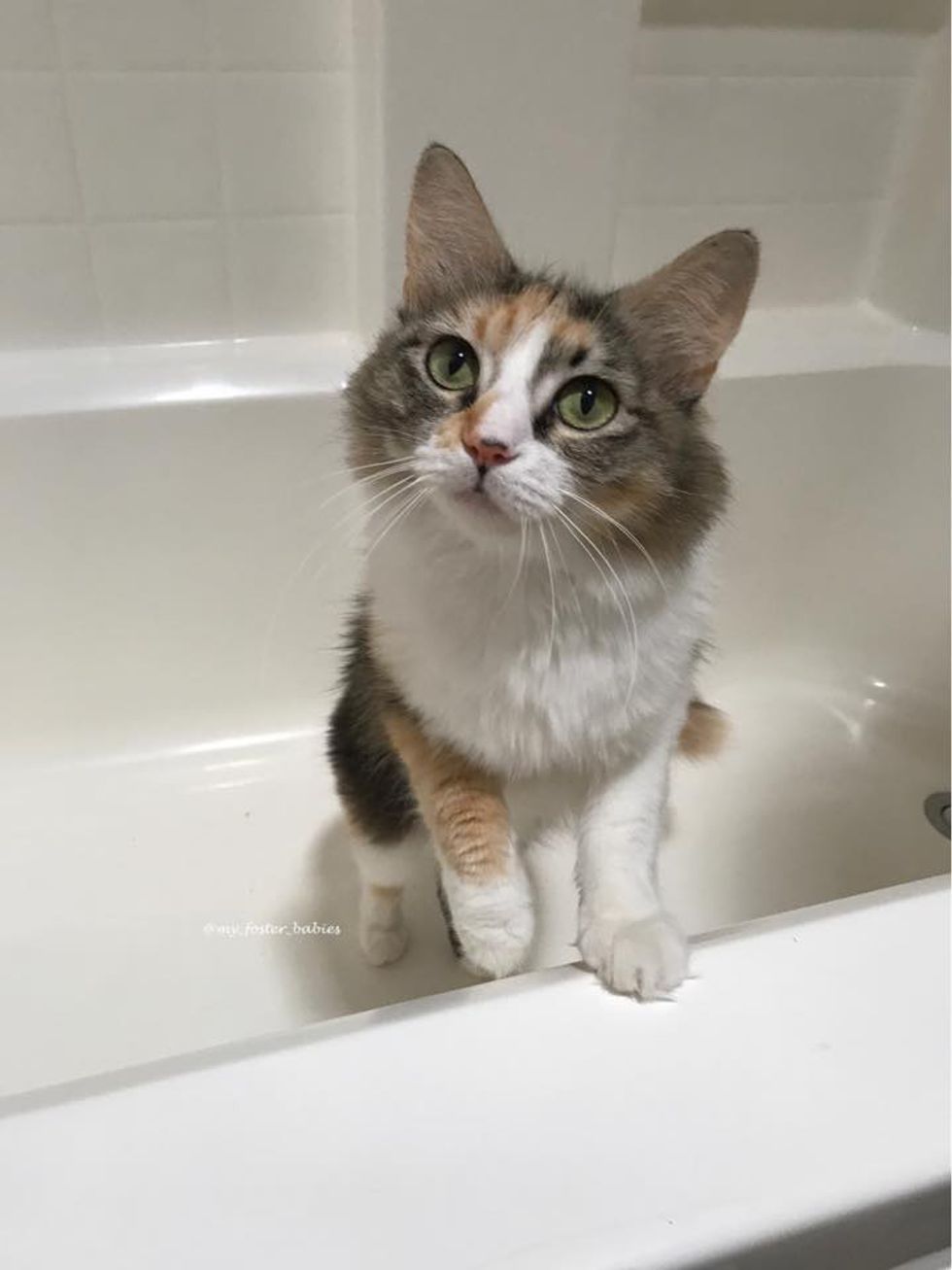 Mama Ophelia and her babies. They have found all of them their forever loving homes!