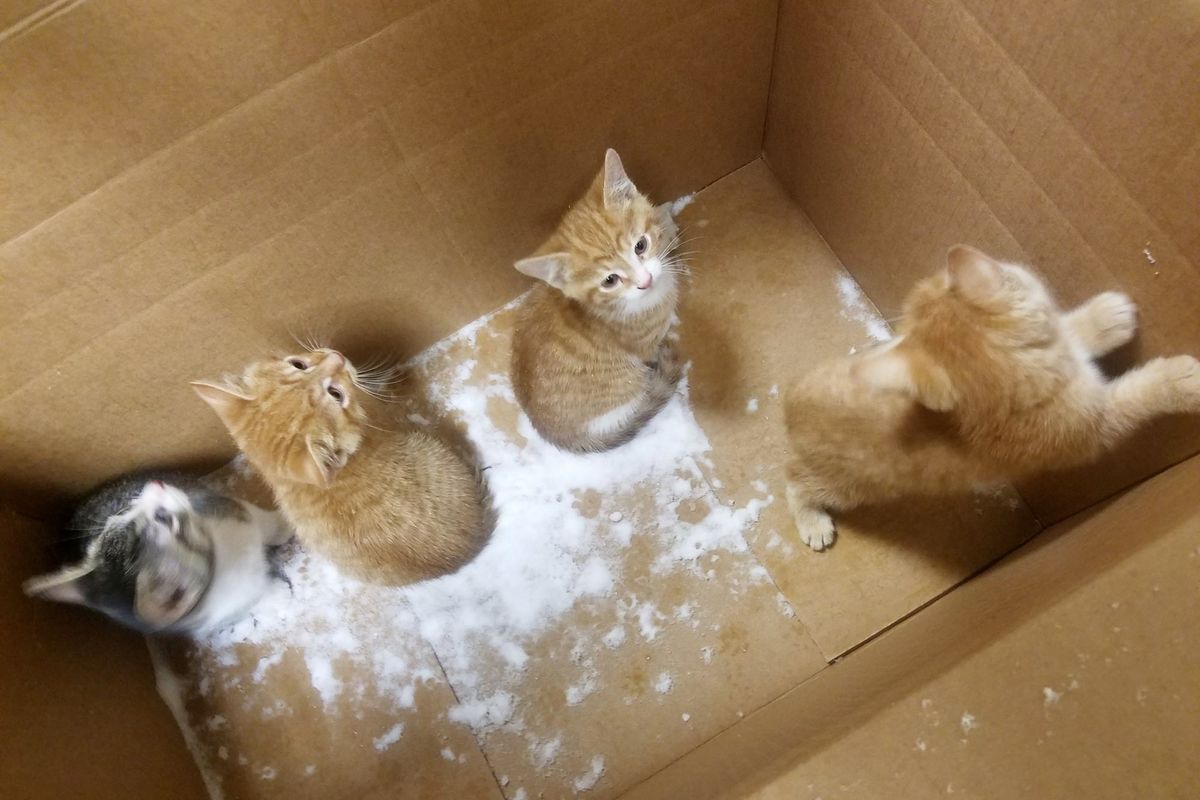 A kind woman found four little kittens abandoned in a box on the side of the road during a snow storm. She saved their lives. 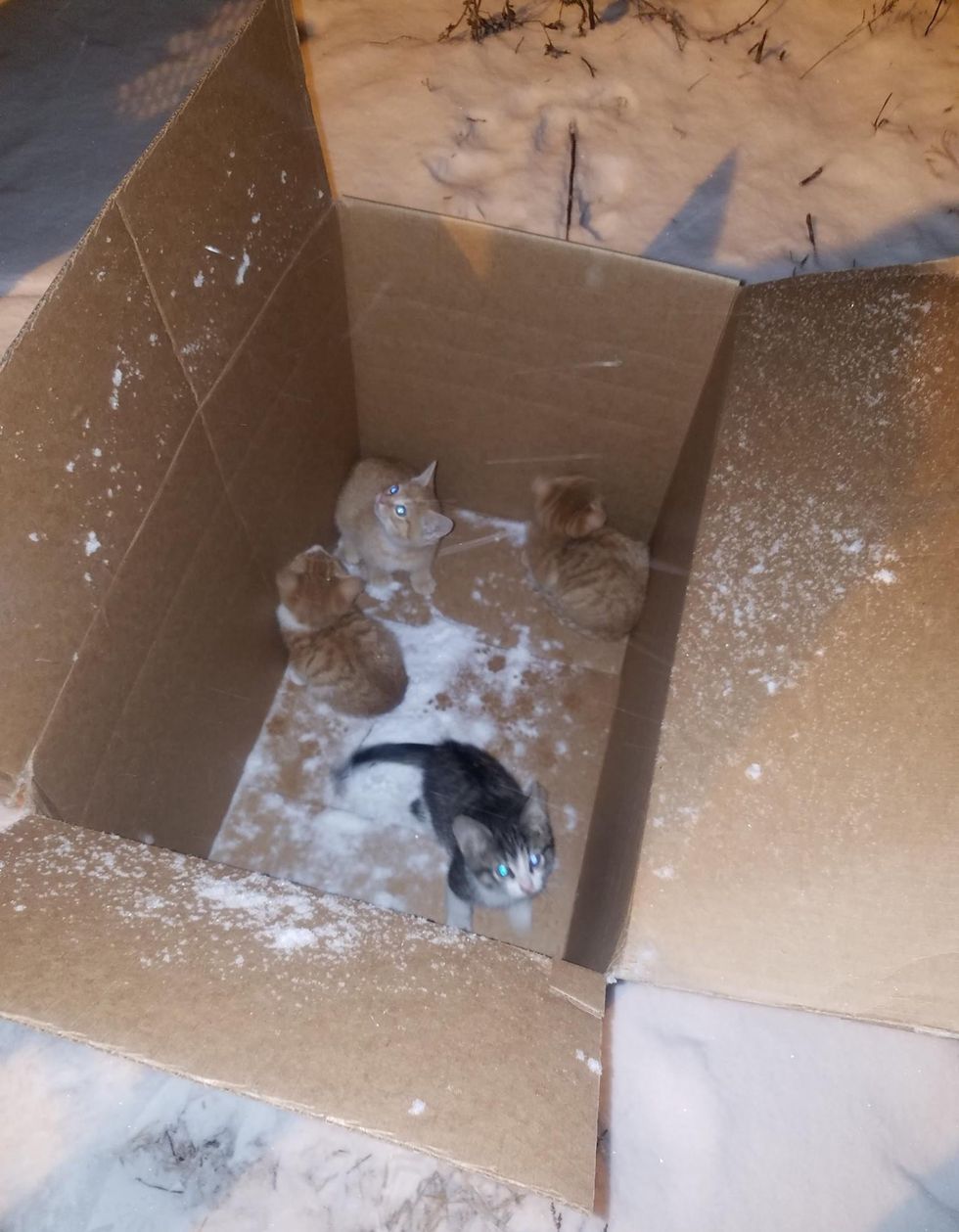 Last Thursday, the Cleveland Animal Protective League (APL) received a call from the local police about a box of kittens left on the side of the road. It was snowing at the time when a nice woman discovered the kittens and called for help.

She was alerted by their meows and found them in the box on the road covered in snow. The kind lady brought the kittens inside so they could warm up, and it saved their lives.

Rescuers from the Cleveland APL took the kittens to their vet to get evaluated and got their body temperature back to normal. 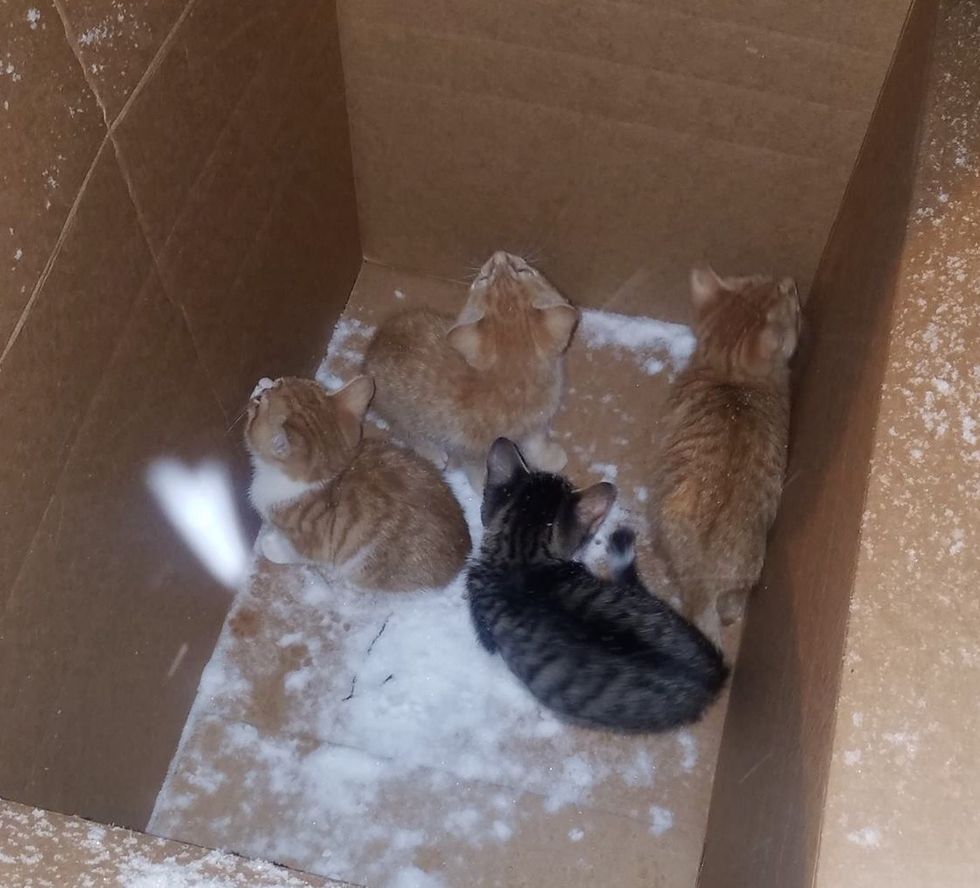 They named the kittens after "Sandlot" characters, and found them a foster home where they no longer need to worry about food and warmth.

No one knows how long the kittens had stayed outside in the bitter cold, but the shelter staff is relieved to know that they are doing well now. 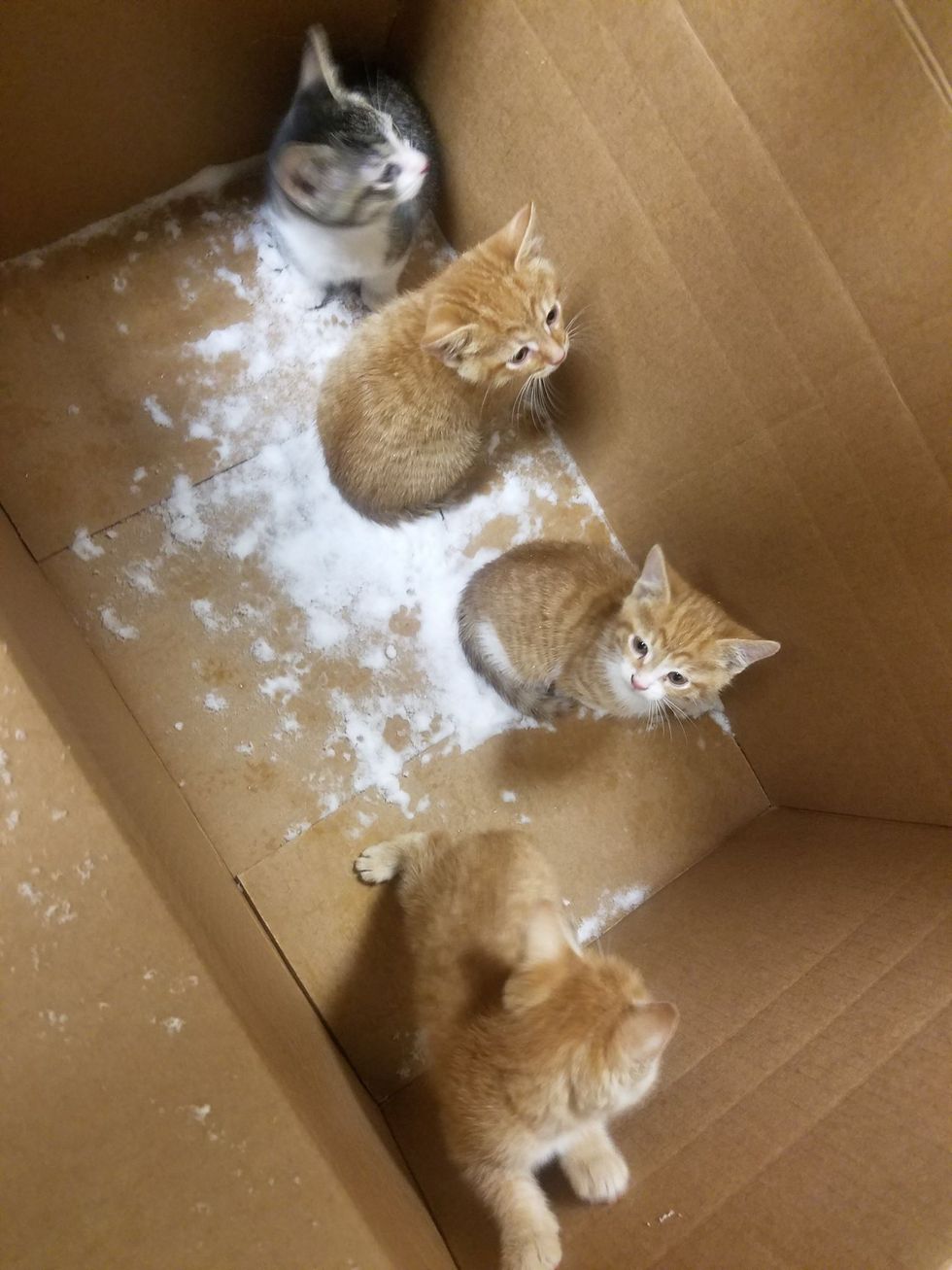 The four kittens are about six weeks old, three gingers and one black and white. They love blankets or anything soft and warm.

The feline siblings are getting bigger and stronger every day. When they are old enough, they will be put up for adoption. 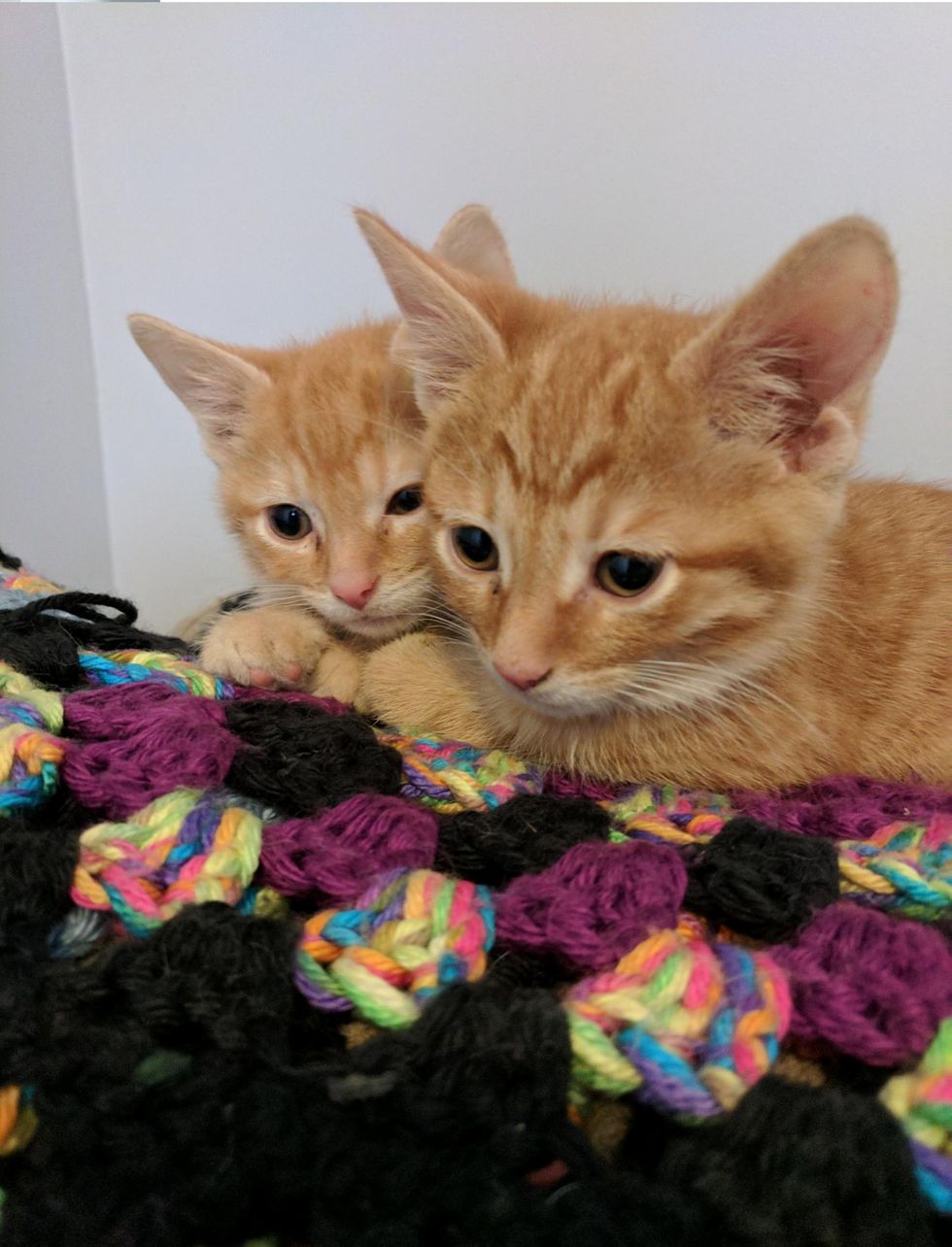 The wonderful woman, who heard their cries, saved their lives.

Now they are purring at their foster home, loving the warmth of their blankets, all-you-can-eat kitty food and unlimited supply of love and attention from their foster family. 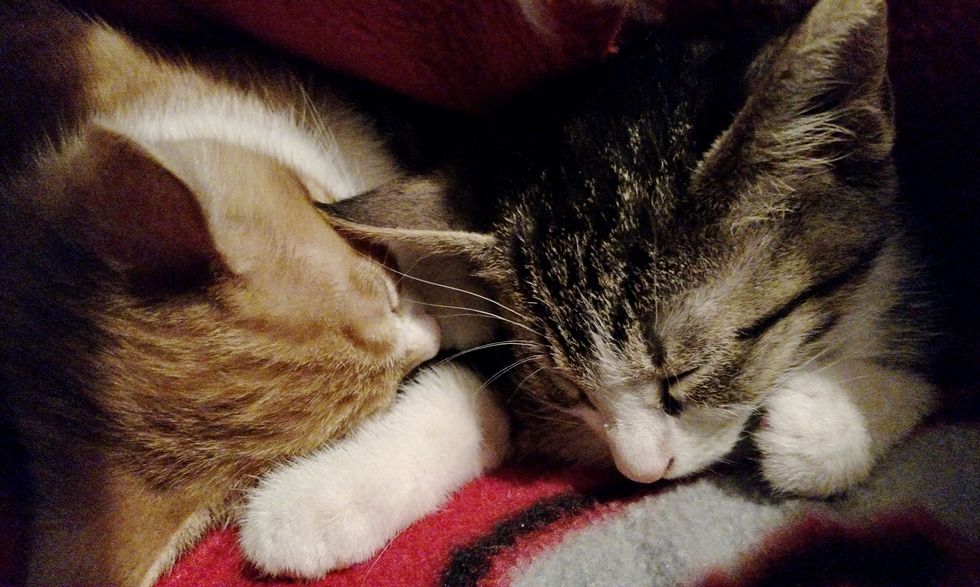