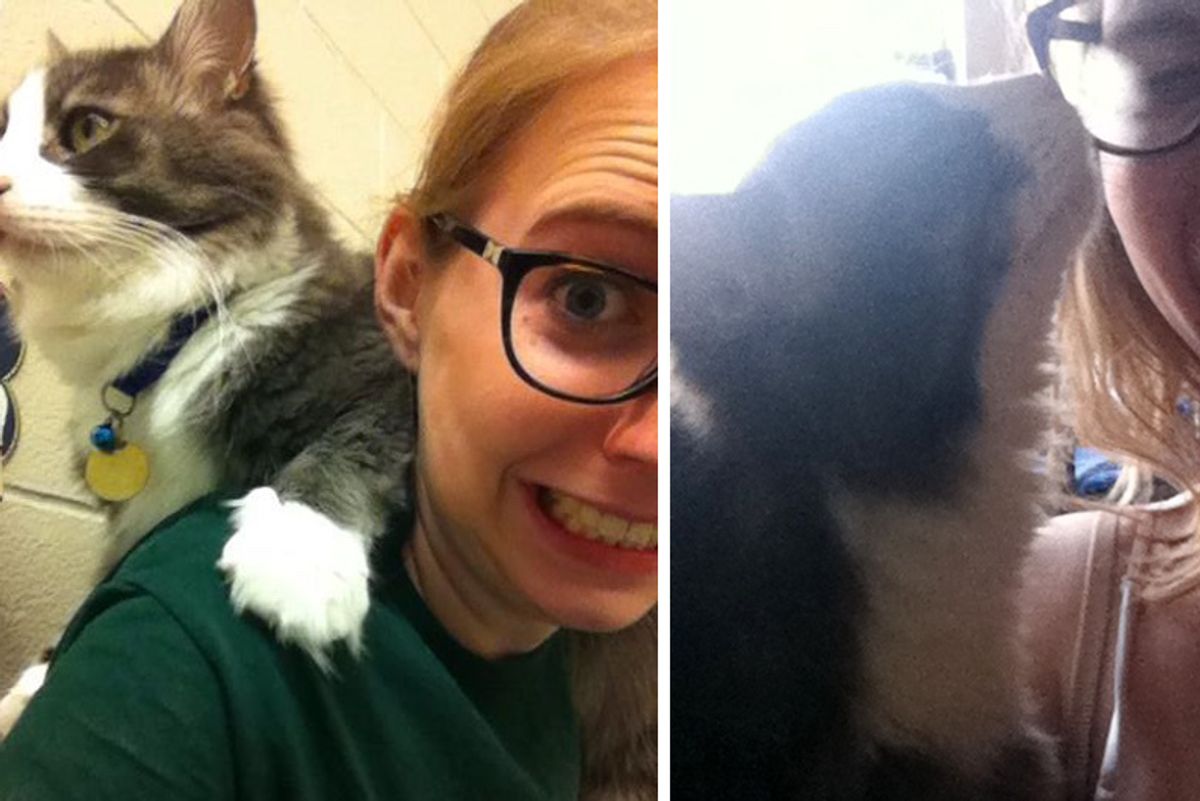 While a young woman was volunteering at her local animal shelter, a fluffy cat suddenly jumped onto her lap and proceeded to crawl up her shoulder.

"'Clingy' doesn't begin to describe this cat," she said. 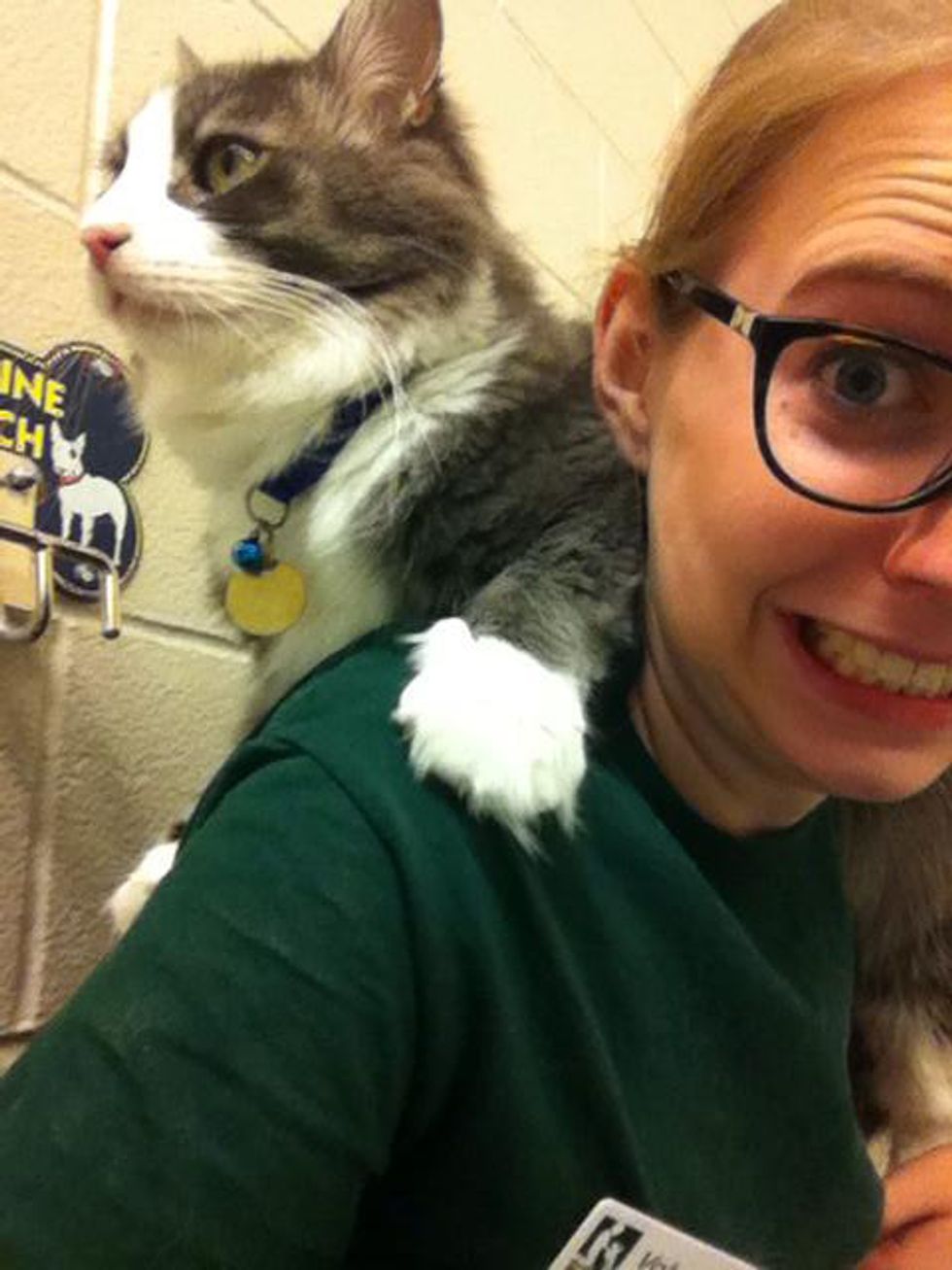 Imgur user Kukura was at the shelter tending to the furry residents there.

While she was hanging out with the kitties in the play room, a gray and white cat walked up to her, demanding attention and cuddles. Once he was in her lap, he refused to get off.

"He'd jump back onto my lap each time I put him down," Kukura said. 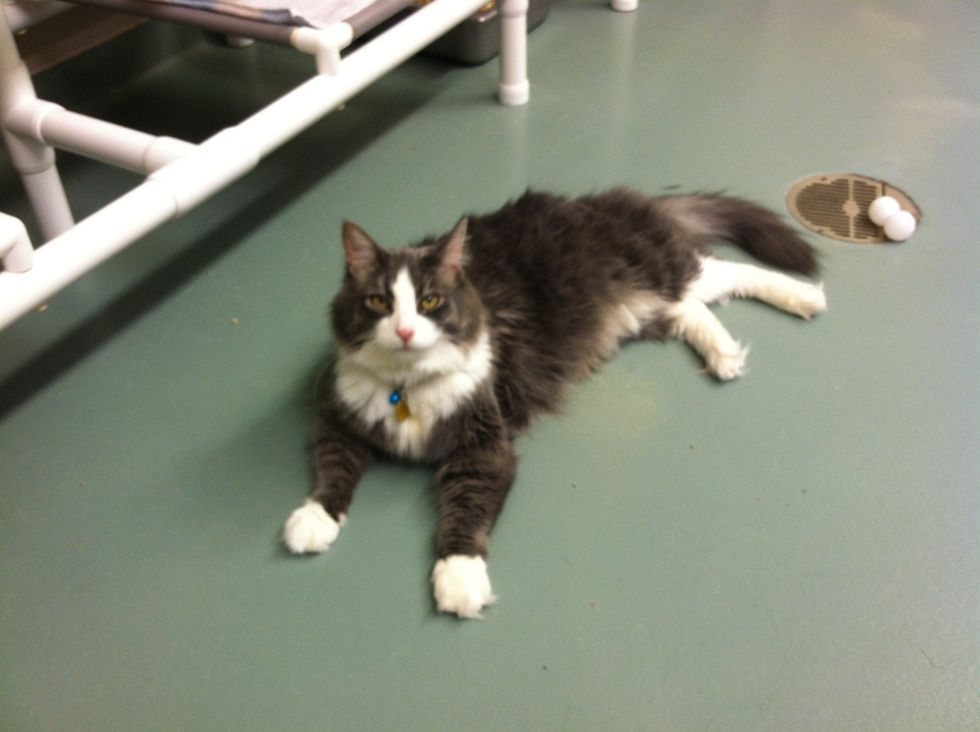 When she tried to get up and tend to other kitties, Chance decided to climb onto her shoulder and hold on tight with his two paws, so if she wanted to move, she'd have to carry him with.

The kitty clung to his human and wouldn't let her go.

As a new volunteer, she would have to complete her 30-day probation period before she could adopt. She was just a few days away from completion when Chance found her.

"I didn't plan on adopting… at first. Clearly, I caved." 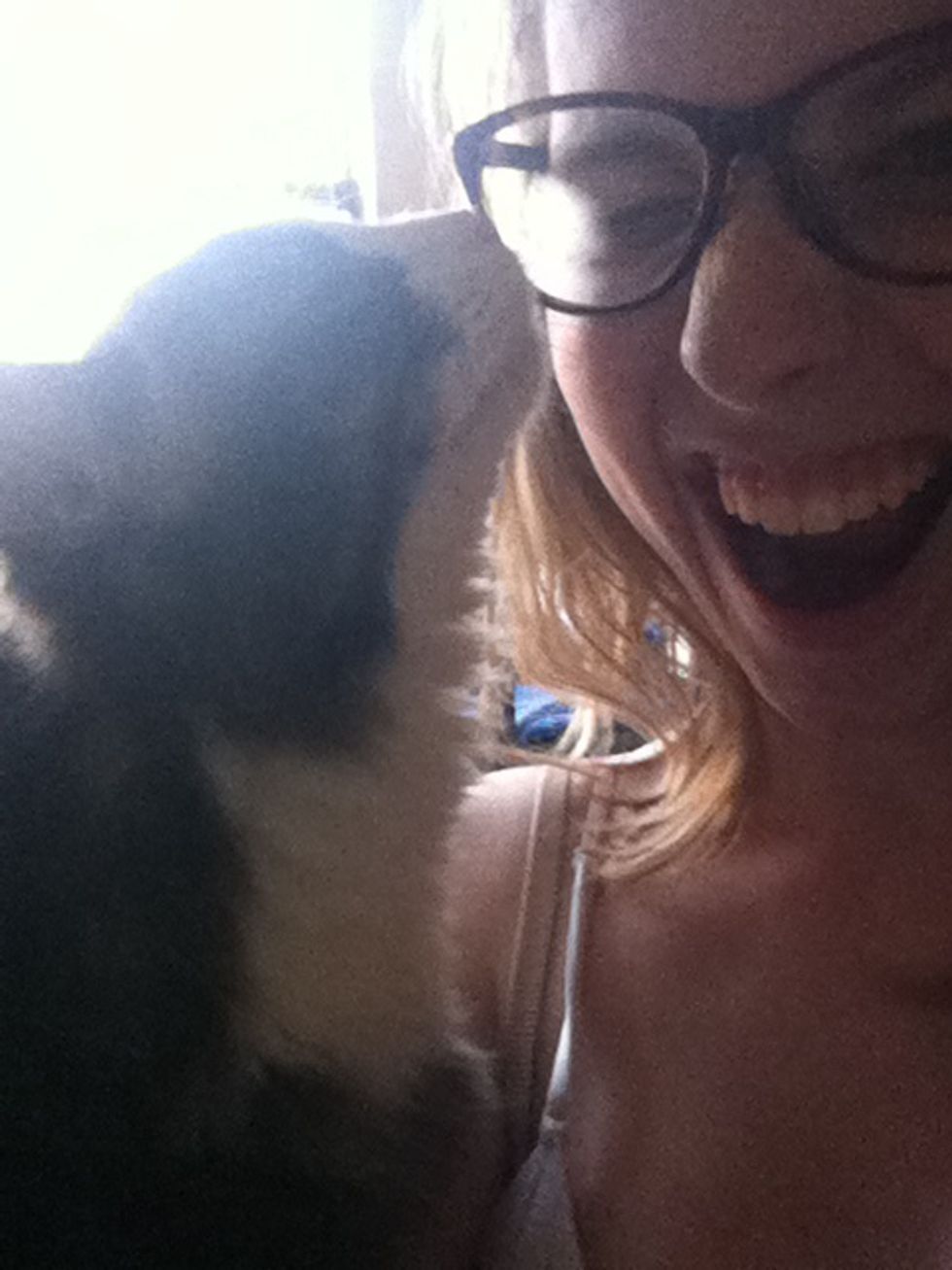 As soon as the probation period was over, she went back to the shelter and officially adopted Chance.

He's where he wants to be! 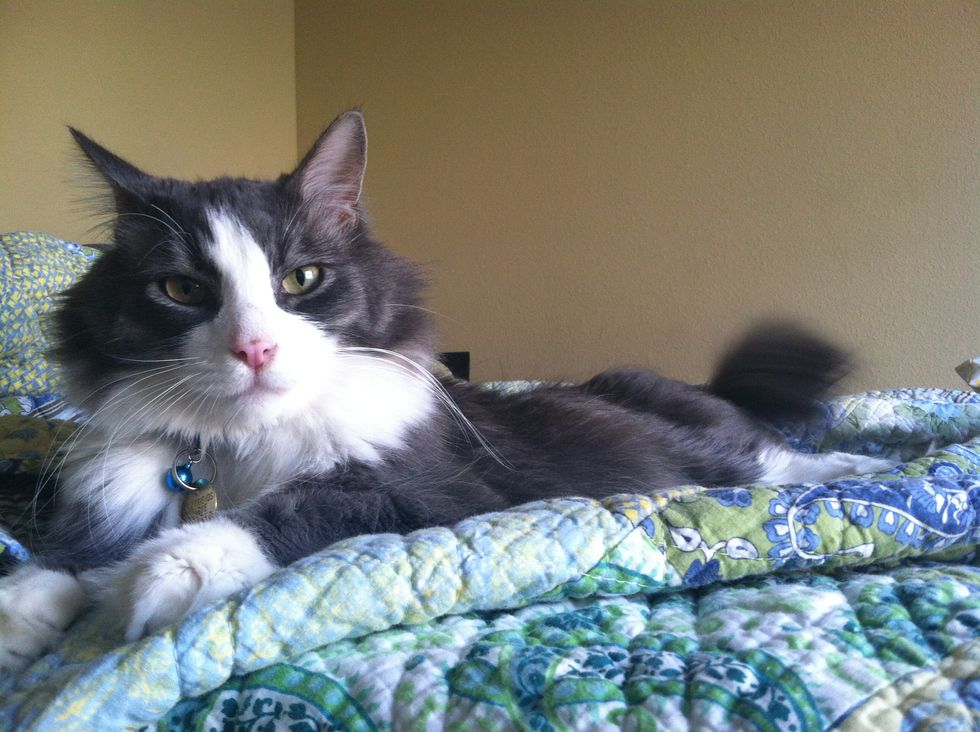 She went to the shelter to just volunteer but came out with a clingy kitty on her shoulder that she loves to pieces. 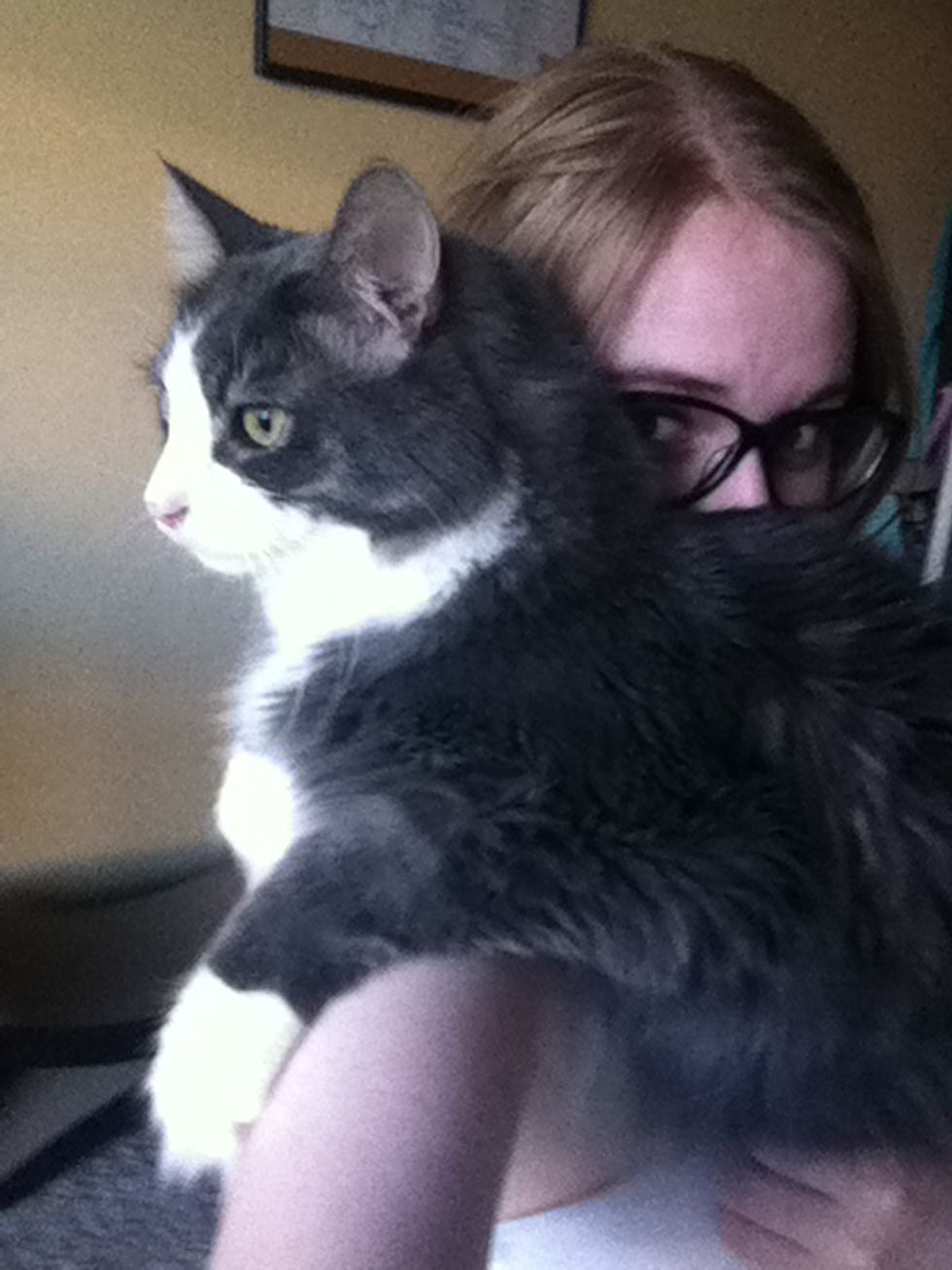 Related story: Cat So Shy He Hides in Shadows From Everyone At Shelter, But One Week After Adoption