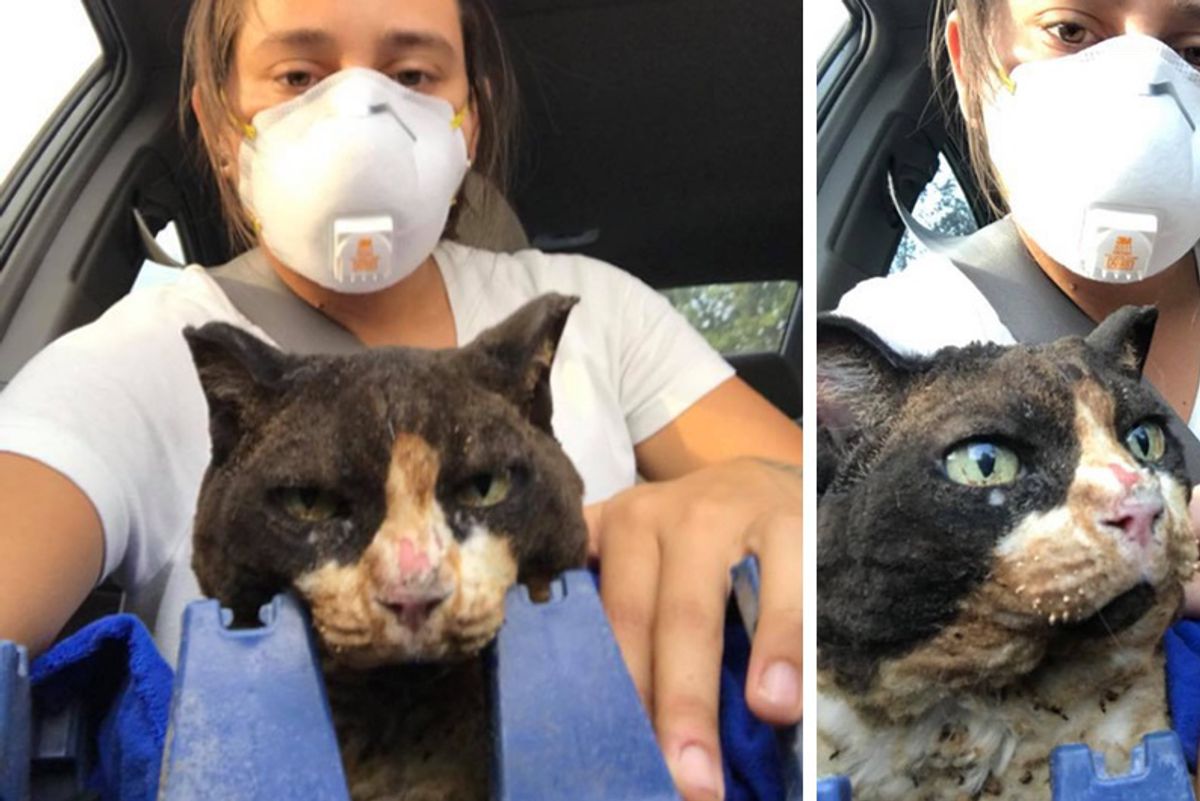 Two women went on a search for their beloved cat after the devastating wildfires that swept across Northern California. During the search, they came across two cats that had survived the unthinkable.

They knew they had to save them! 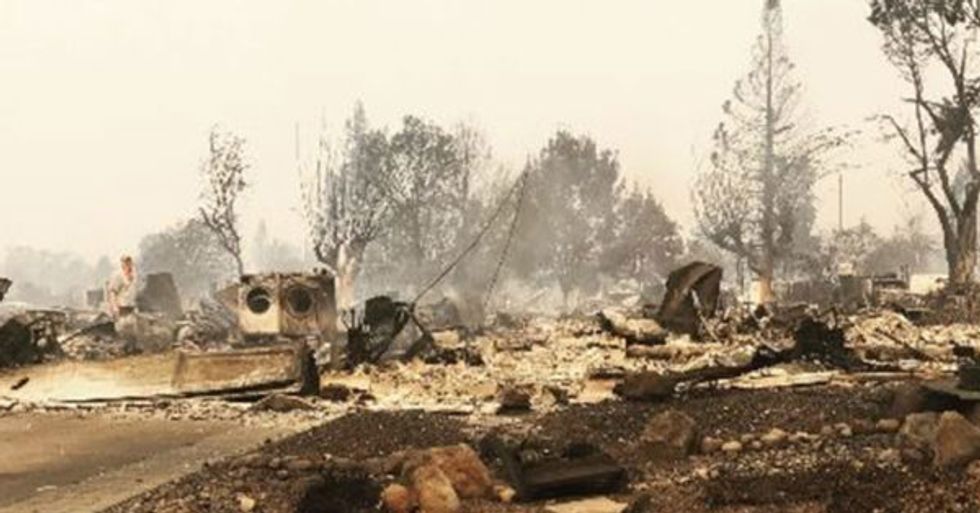 After Brandi Ann's home was completely destroyed by the raging fires, she and her girlfriend Steph Gediman were determined to find her cat, Apu, who had gone missing.

"We were back in the neighborhood the morning after the fires took place looking for her cat. We got out of the car and I stood there blank in the face just trying to concept all the destruction," Steph told Love Meow.

Within a minute into the search, they heard a faint meow while standing in the middle of the street. "It was a meow that was not of comfort but of a cry for help. I turned around and saw an orange cat walking out from a completely leveled smokey home. This cat had, I guess you could say hardened ash all over its body."

The kitty's face was almost unrecognizable, his coat was singed and ears burnt. "I knew I had to help this poor baby. I picked him up. Immediately debris from his own body went on to mine. I was completely covered in the catastrophe his body went through the previous night." 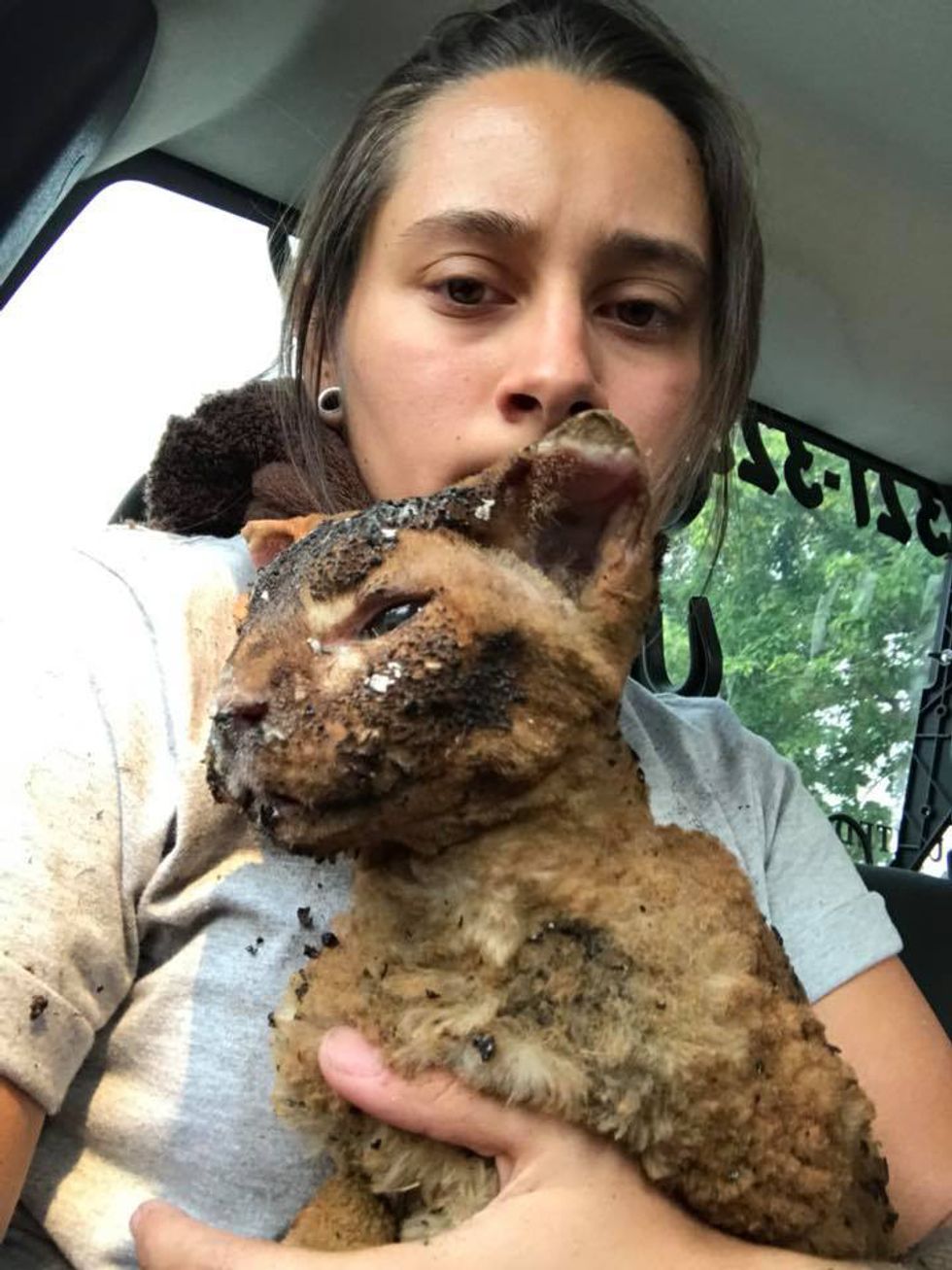 They immediately took the kitty to Animal Care Center in Rohnert Park to receive the medical attention he desperately needed.

The next day while they were back in the neighborhood searching for Apu, they ran into a family that was also looking for their cat — it was the very same cat they found the previous day. The family fell on their knees, crying, knowing their cat was safe. They rushed to Animal Care Center to be reunited with their kitty. Despite everything they had lost, getting their cat back brought them hope that they needed.

Watch an update video on the cat:

As they continued searching for Apu, they heard a few people yelling that they had spotted a black and white cat and immediately ran over, hoping to help in any way.

"When we got to the sewer pipe, there was a small group of people telling us the cat was inside, in the middle of the pipe. The people didn't seem too eager to go in, so my girlfriend and I immediately planned to get this cat to safety," Steph told Love Meow. 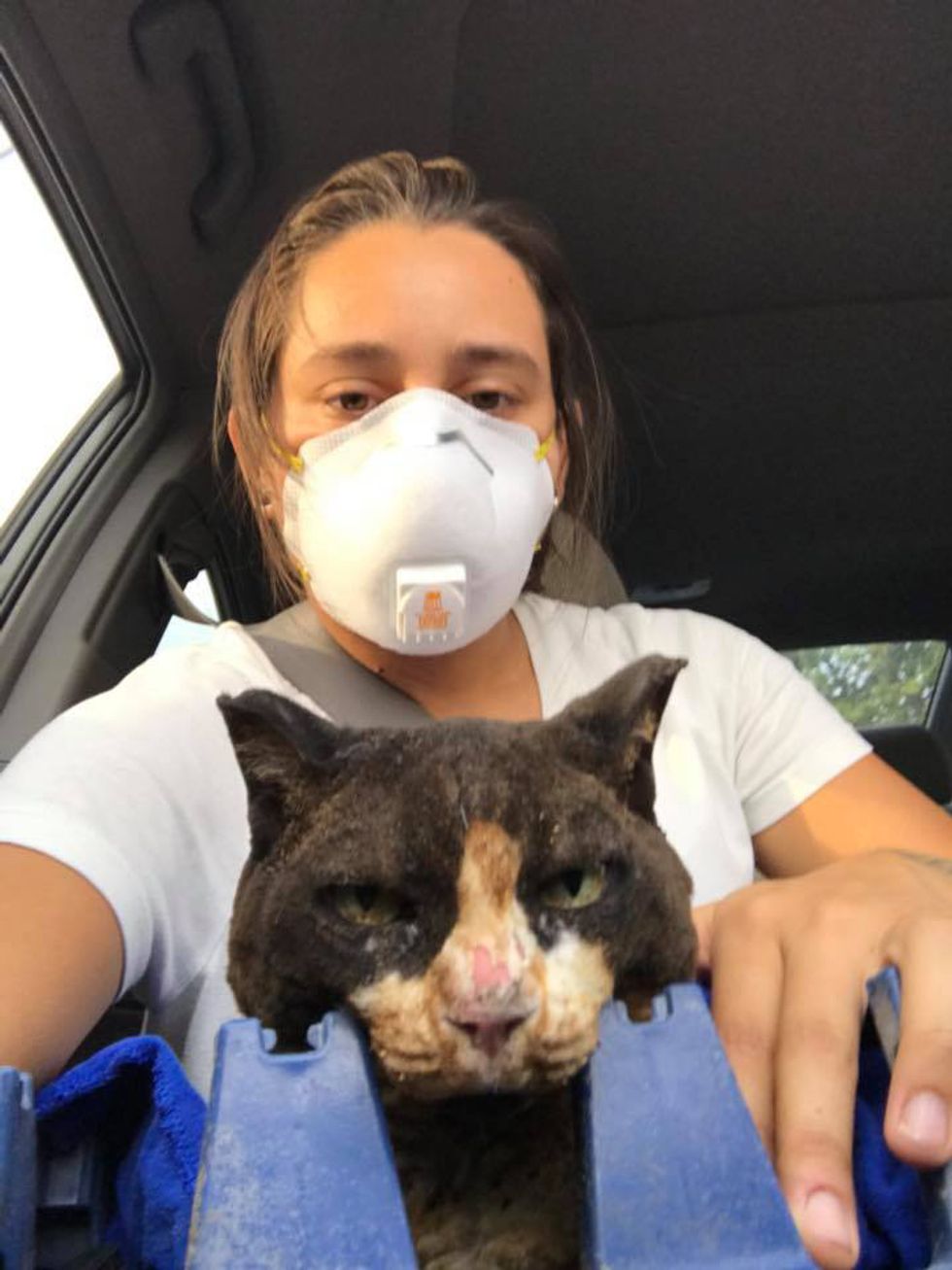 Steph got on her knees and started to crawl into one end of the sewer pipe as Brandi crawled from the other side with a small crate. Trying not to startle the cat, they slowly and calmly made their way closer to the feline, who remained motionless.

"I feared she was hurt or maybe just paralyzed with fear. Regardless, we were as calm and gentle as could be. As we approached the cat we examined her momentarily to make sure we could pick her up without immensely hurting her." 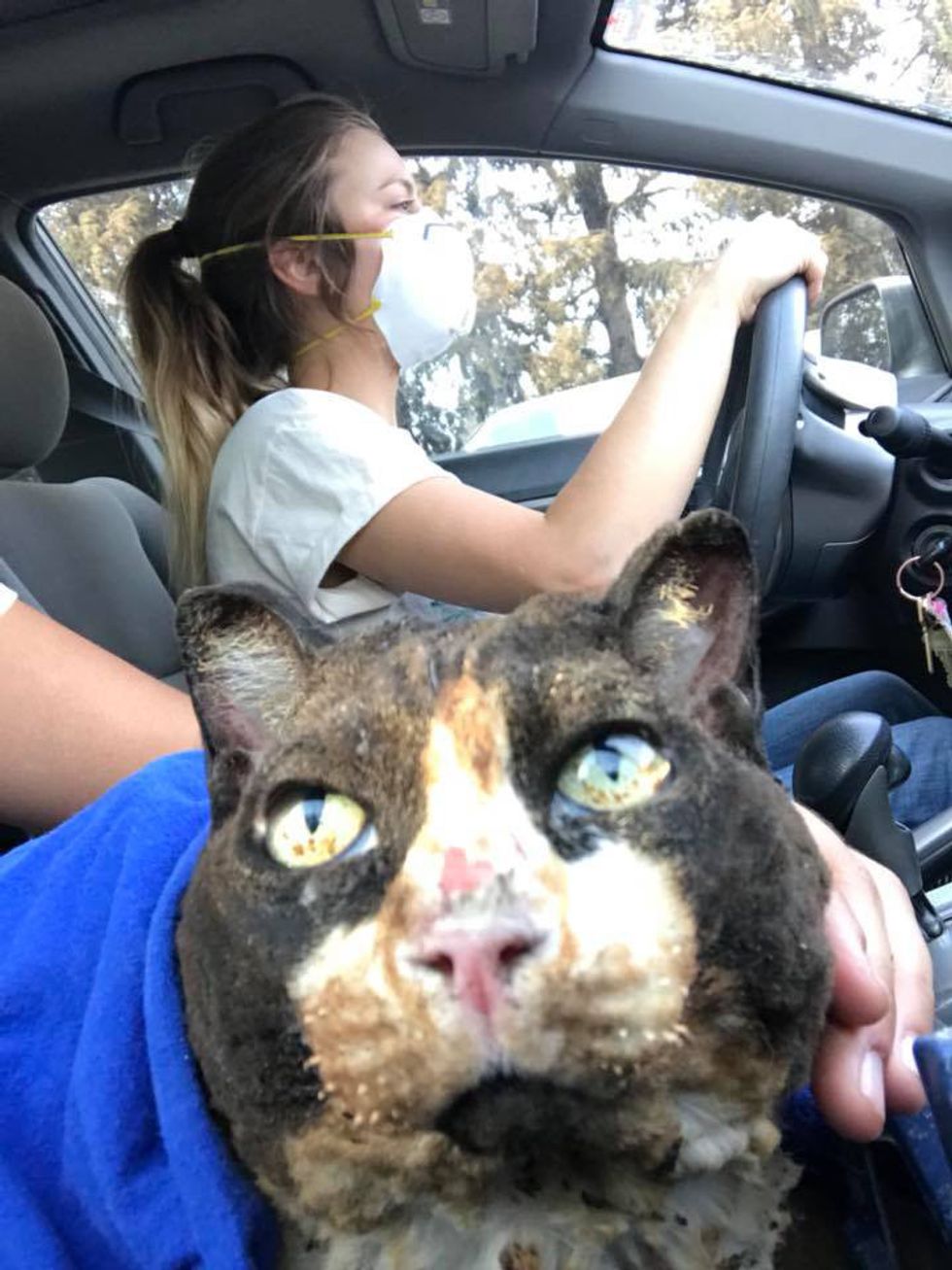 "We felt the cat knew we were there to help. My girlfriend picked the cat up from behind and put the cat on the small crate. We each picked the crate up with one hand and crawled back out using our other one hand for support.

"As I crawled backwards one small step at a time I could feel us slowly approaching the light of day, out of the sewer pipe. Once I knew my body was out and could stand I lifted the crate with the cat, cried of such heavy emotions." 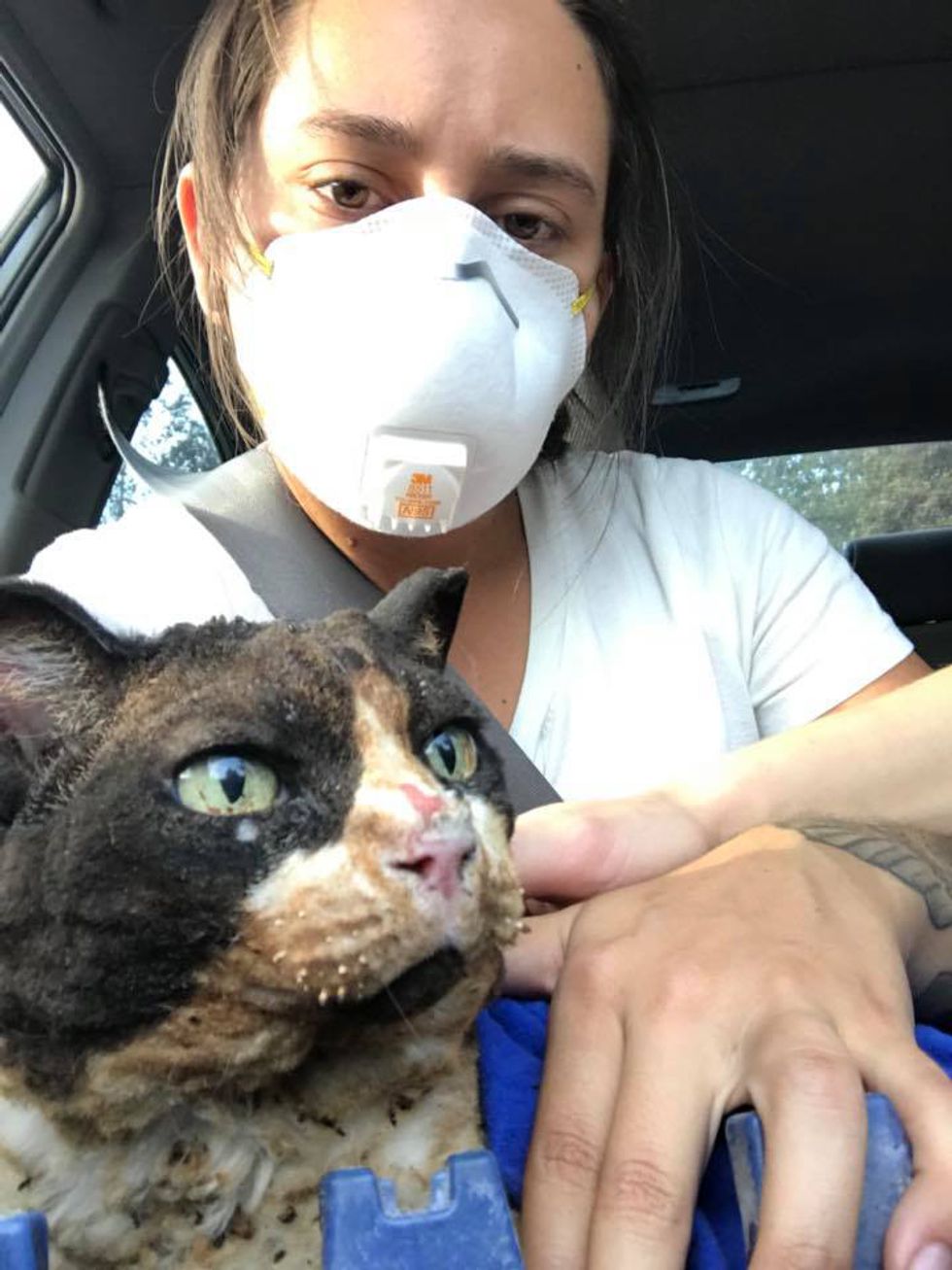 On their way to Animal Care Center, the kitty snuggled up to her rescuer for that much-needed comfort. Her hair was singed and face burnt, but she was so thankful to be safe. As Steph held her tightly in her arms, the sweet kitty began to purr.

Through the power of Social Media, they were able to reunite the kitty with her owners, who reported that she was getting treatment on her paws and was on her way to recovery. 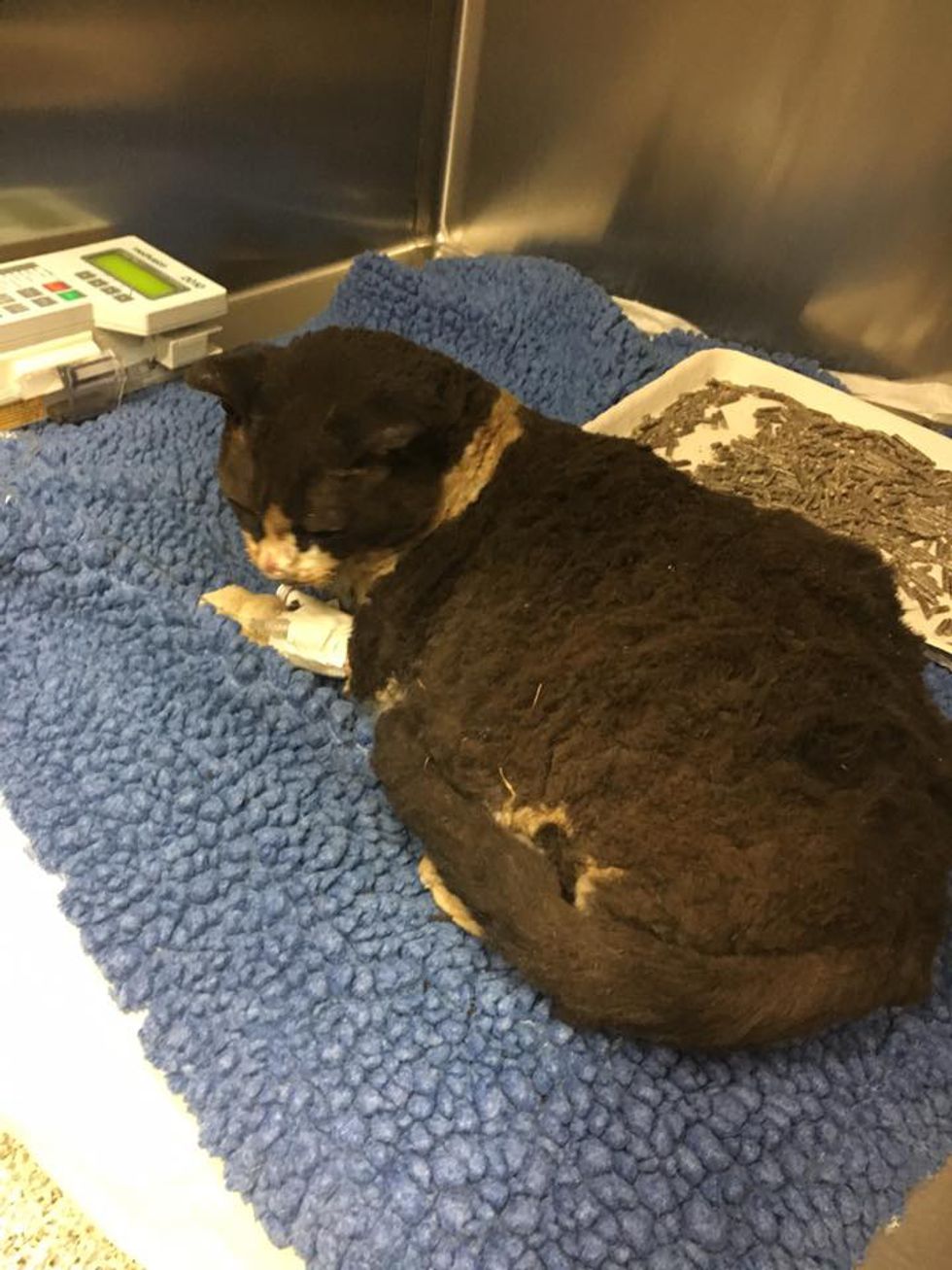 After days of searching, they finally found Apu. 16 days after their reunion, sweet Apu found peace.

"Despite his injuries, he held on and found his way back to me. A true miracle he was. I wish I could give you all the happy ending that I so badly desired. Please know though, he's forever getting belly rubs, he's forever getting couch cuddles, and he's forever exploring. He's forever comfortable and safe. I'm thankful I got closure, and got to say goodbye," Brandi said. 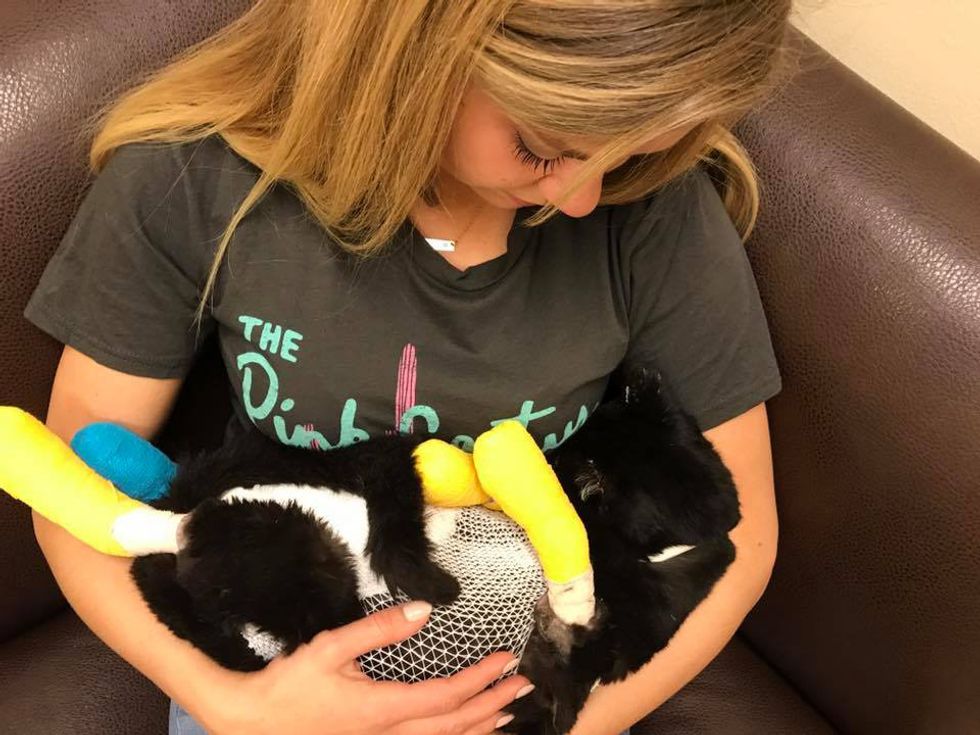 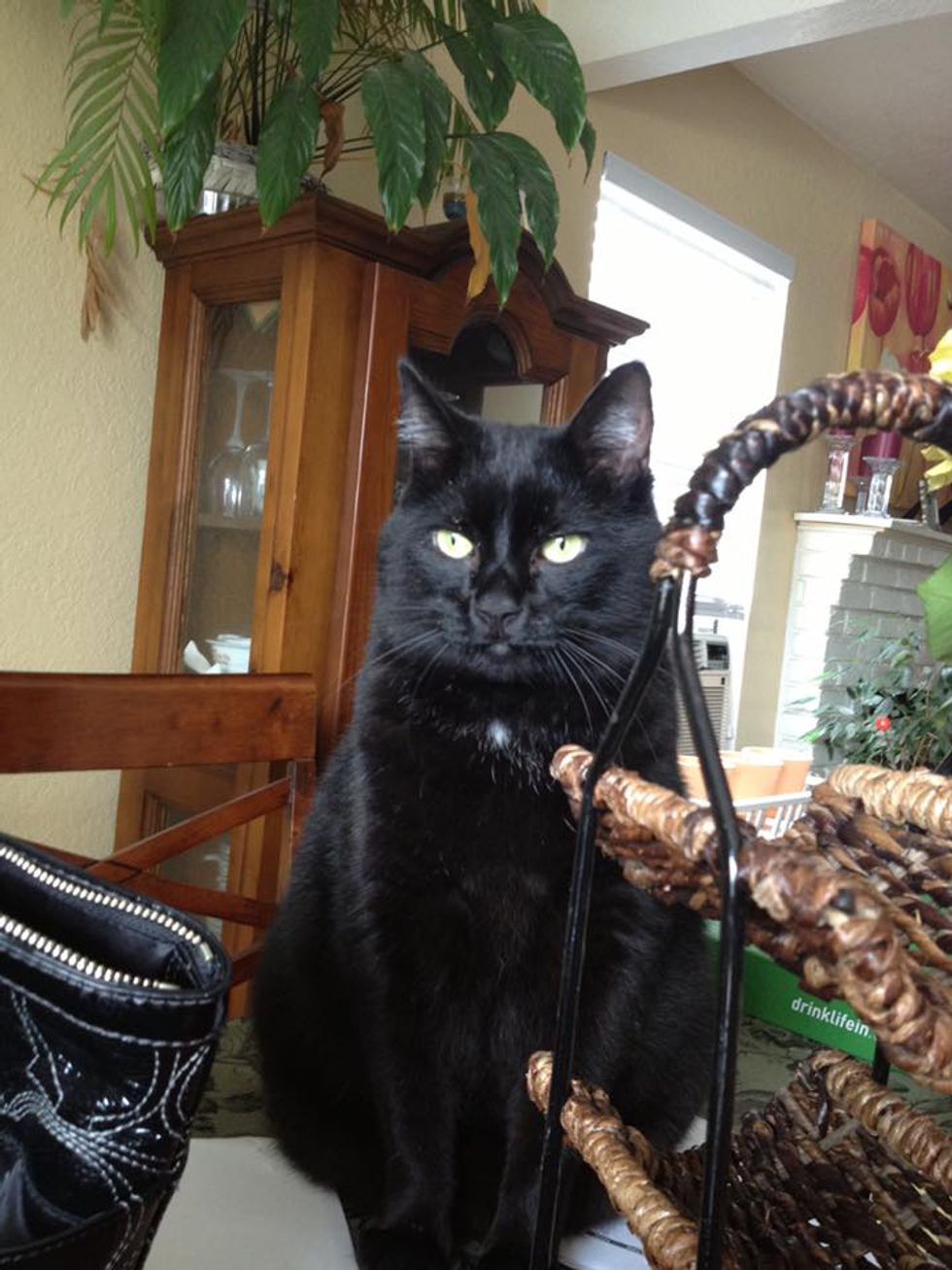 The couple is giving the remaining donations they had collected for Apu's medical care to other fire victims.