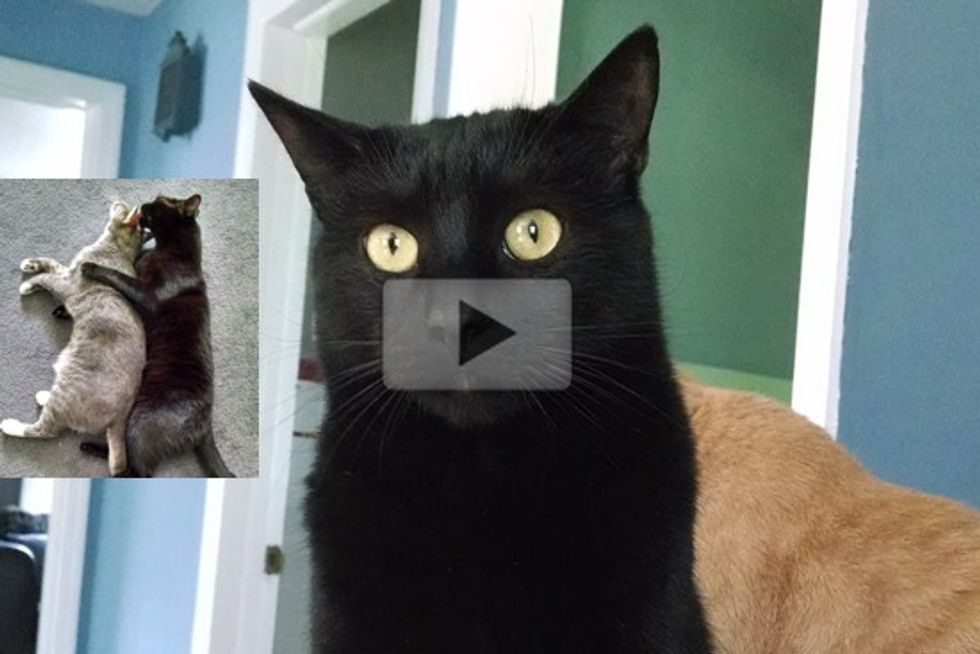 Xander the cat (also known as Jax) has been rescued from a research lab. This is him walking into freedom for the first time. [Scroll down for video]

“Xander was legally rescued from a lab in New York, on the condition of anonymity, by Beagle Freedom Project in January 2014,” said Rachel Gruen, Xander’s new mom via Huffington Post. “He lived in a windowless lab in a tiny wire cage for the first three years of his life, and he was done being a test subject.”

A lab employee contacted the rescue group about Xander, so he could be saved and given a home.

Gruen happened to be on the rescue’s page when she came across Xander’s picture. “As soon as I clicked it and saw Xander’s handsome picture on their page, I fell in love with him and knew that I was meant to be his mom.”

Xander (also known as Jax) and another cat Shira making their first steps into freedom (VIDEO):

Xander is living with several other rescue cats and he loves every bit of his brand new life.