A Good Samaritan from Saskatoon heard meowing coming from the alley near his garage and was stunned by his discovery.

Eight kittens were huddled up in a box, trying to stay warm. He brought them inside his house and started looking for help. 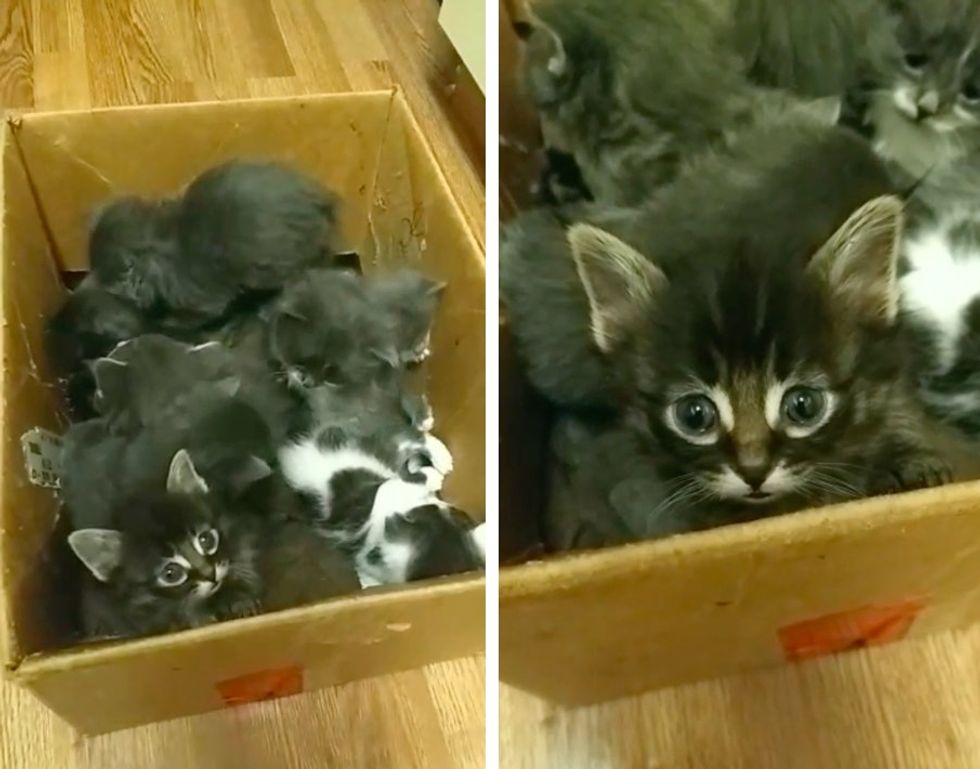 The Good Samaritan brought the kittens inside his house after he found them in the alley.Supplied by SCAT Street Cat Rescue

SCAT Street Cat Rescue (in Saskatoon, Saskatchewan) received a plea about the kittens on March 1st and immediately offered to take them.

"The night was very cold, minus 20 Celsius (-4F) with a high windchill as a winter blizzard was blowing in. The kittens were hypothermic and lethargic and required rewarming. As it can be dangerous to feed a hypothermia kitten, they were passively warmed for several hours," SCAT Street Cat Rescue told Love Meow.

The kittens were from two litters - half of them were about five weeks old and the younger ones were about two weeks. SCAT placed them in two separate foster homes with dedicated caregivers looking after them around the clock.

Despite being a bit undernourished, the kittens were purring and happy to have a warm bed, something to eat and someone to love. 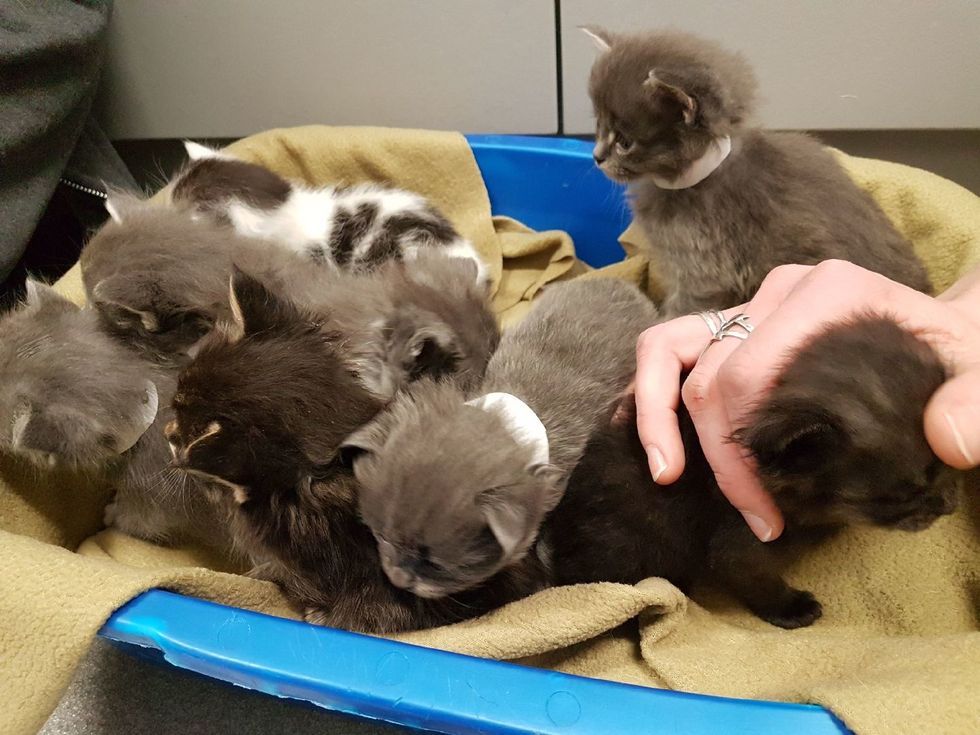 Most of the kittens bounced back and were able to feed well. Two of them needed more time to adjust to kitten formula. Their foster mom kept them hydrated and warm at all times. After several days, they were back on their paws, eating like champs. 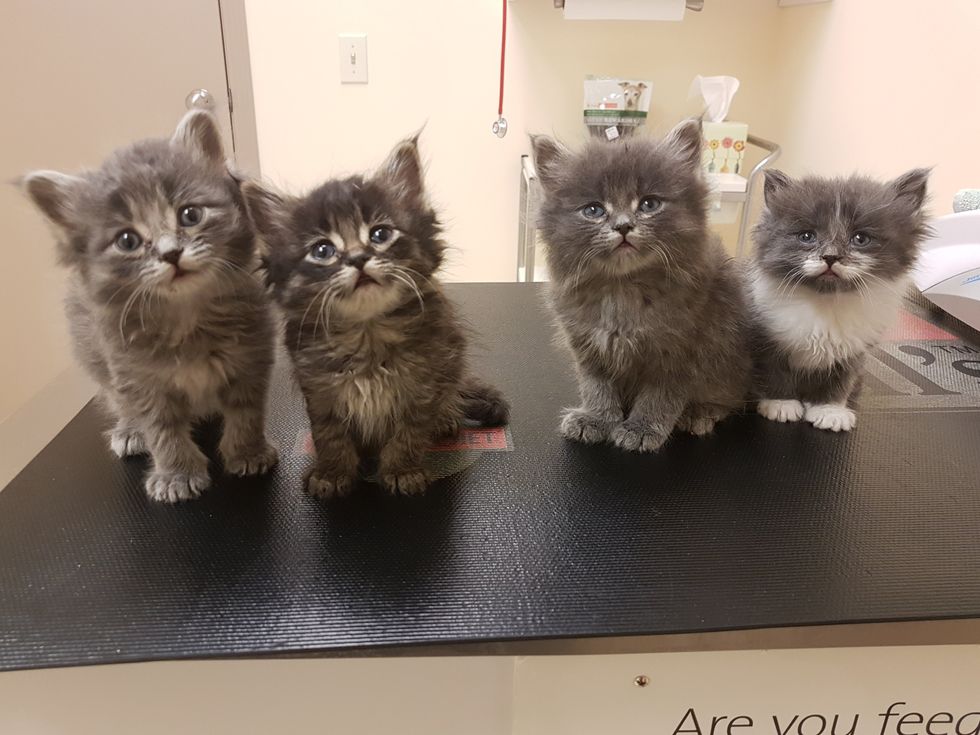 "Little India really likes to run her own life, Ireland is the big sister and tries to parent the others, and the two boys are fuzzy little cuties who are mostly trouble and really seem to enjoy getting messy," SCAT told Love Meow. 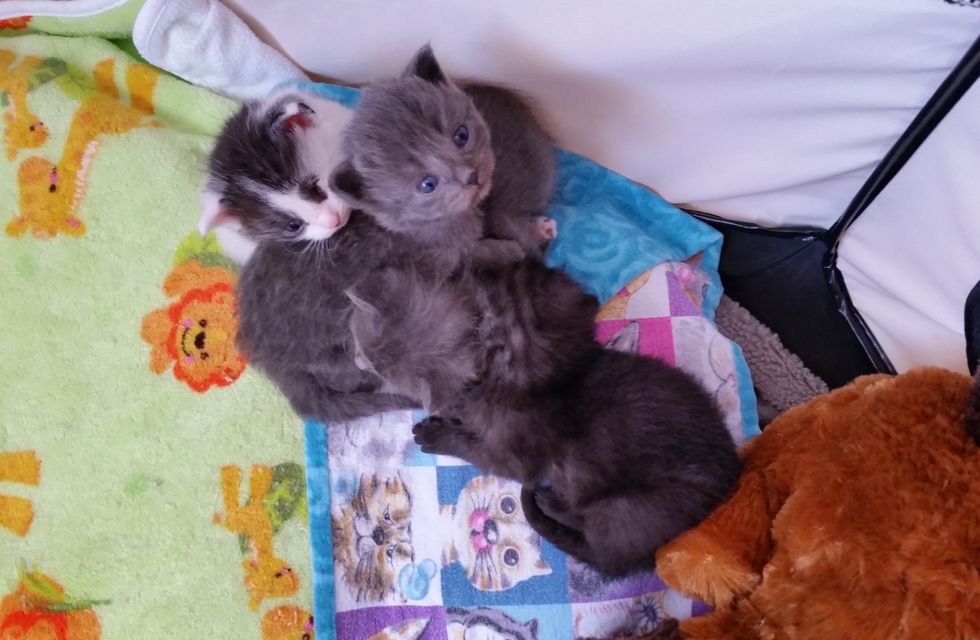 "The older kittens were in good spirits but very skinny from being malnourished and carrying worms. They did not know how to eat solid food yet and so their foster mom had to make a slurry of canned food and kitten milk replacer and feed them with a syringe."

After a few days of worry, the kittens figured out how to eat on their own and would climb right on to the plate to clean off all the food. 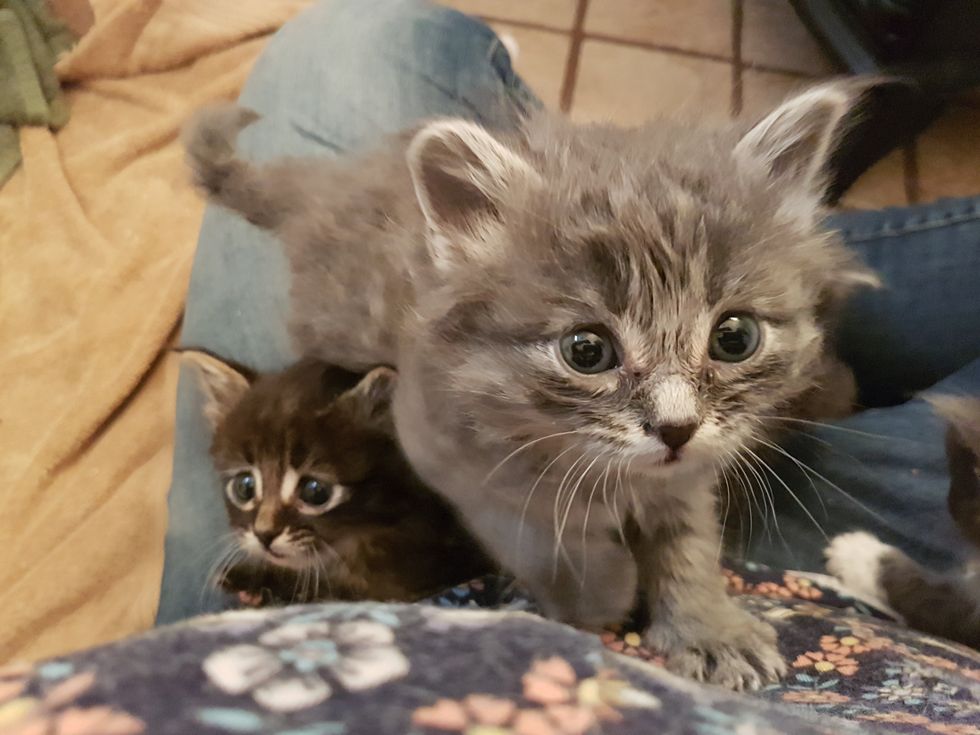 "Despite their ordeal they are all very friendly and affectionate. When they hear their foster mom, they burst out of their bed and run to greet her. They all love to climb her legs and climb into her lap for cuddles, purring all the time."

Indiana even met a toddler, and they enjoyed cuddling with each other. 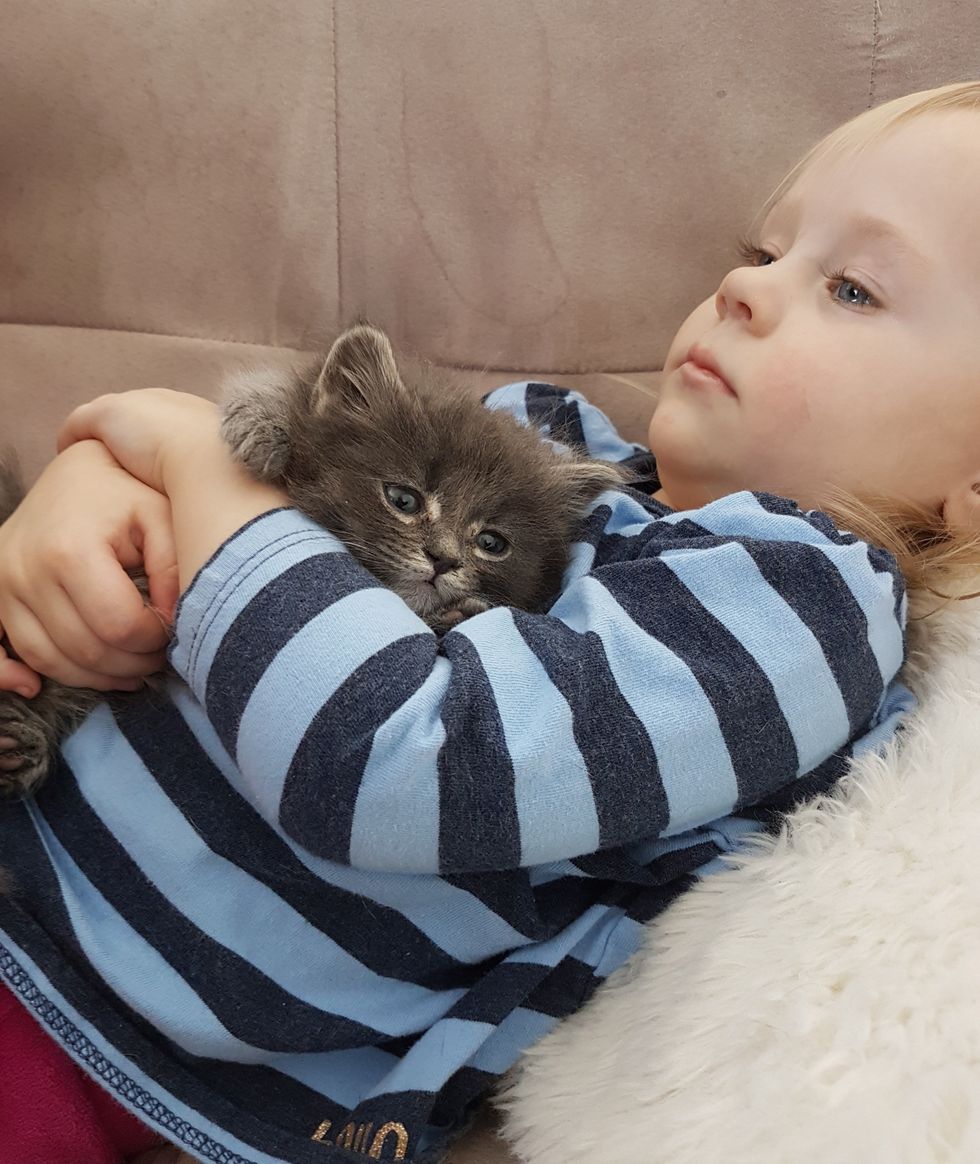 "Ingrid loves to be picked up and cuddled. Isaac is the smallest but has the loudest purr. Inigo is the quietest and often prefers to sit in his foster mom's lap and stare at her instead of play with his siblings," SCAT told Love Meow.

All the kittens are thriving in foster care and are getting bigger and stronger every day. 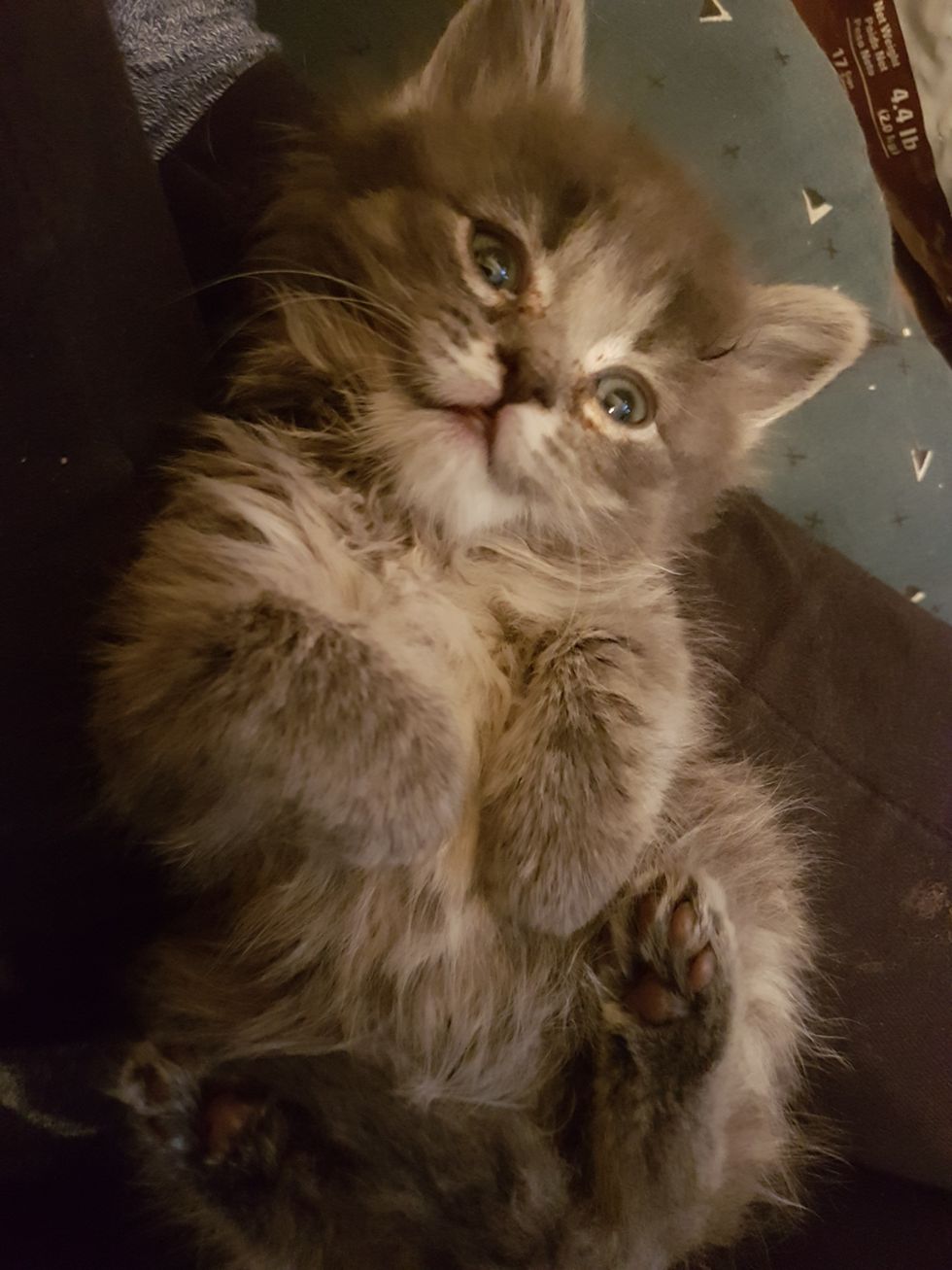 "They all have outgoing personalities and are snuggly and as cute as buttons. We hope they will continue to grow up healthy and find great homes... they all deserve to."

With help from the man who saved them from the alley and the tireless efforts from the volunteers who are caring for them, the kittens are now blossoming and as happy as can be. 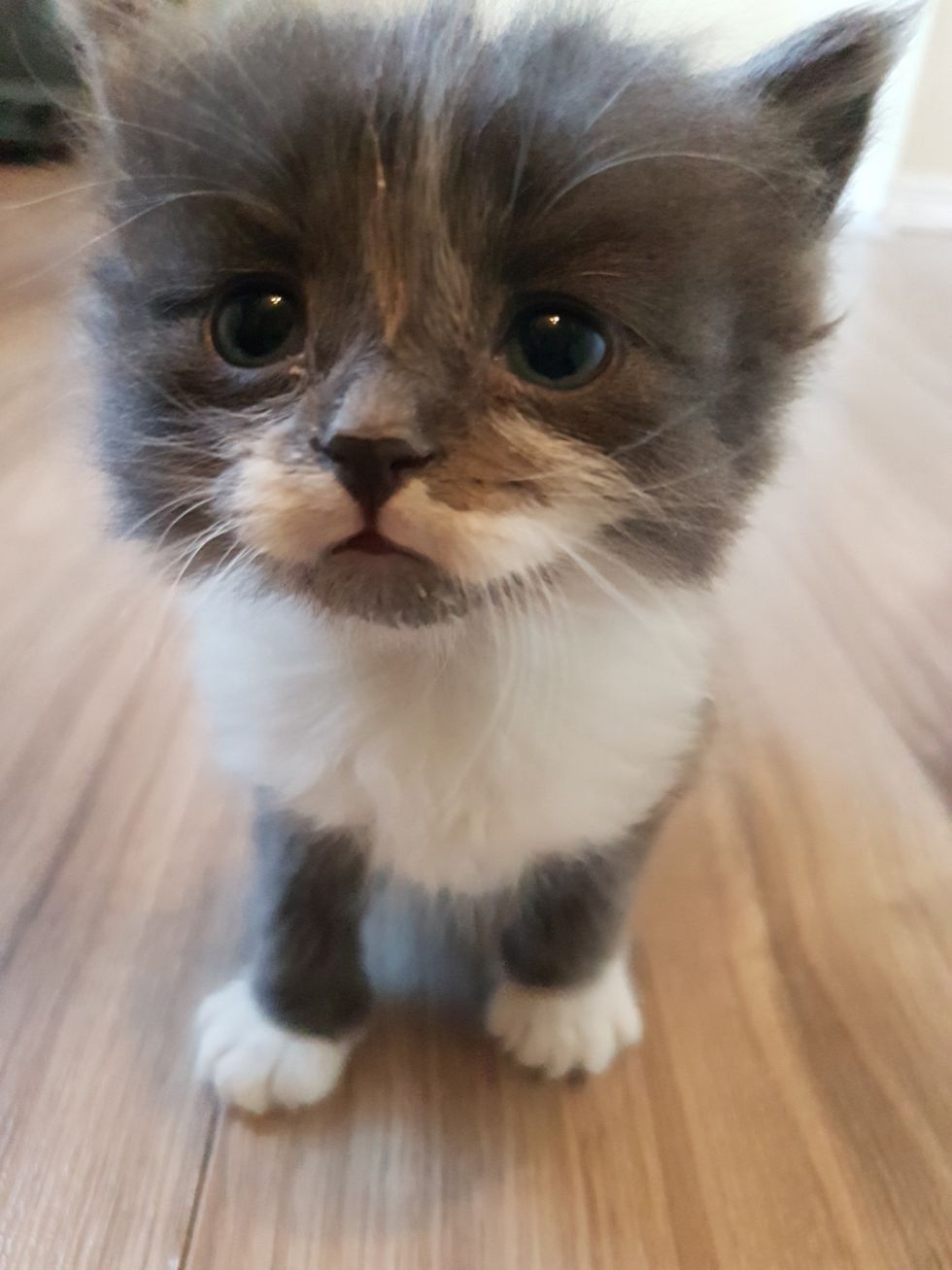 Sharing a bed together! 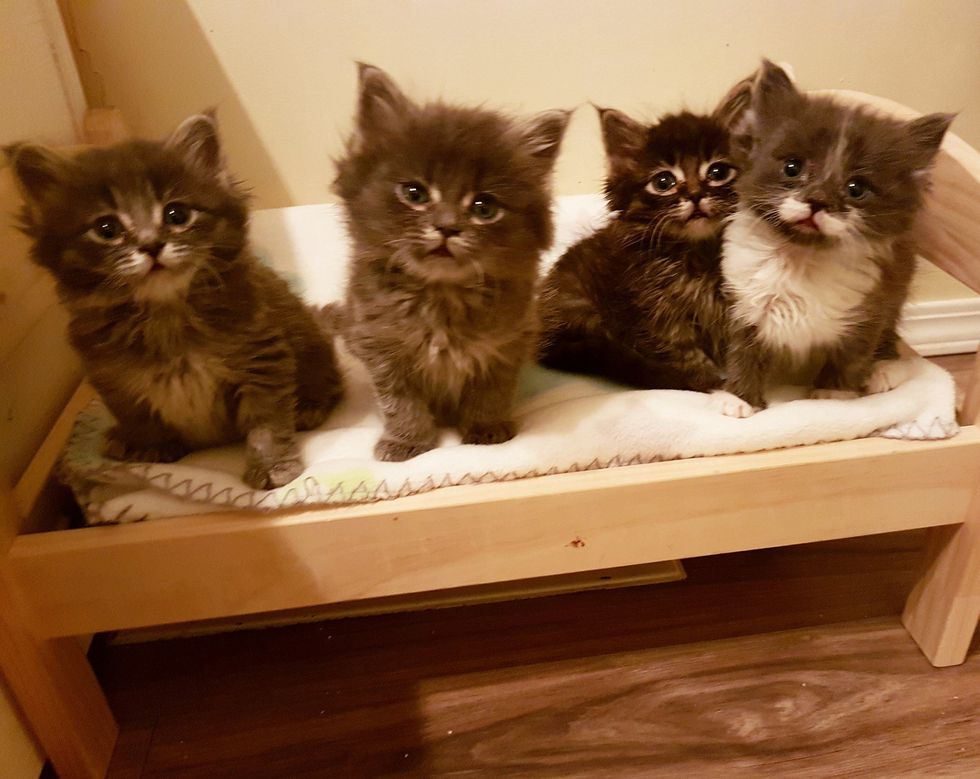 Kittens on the prowl! 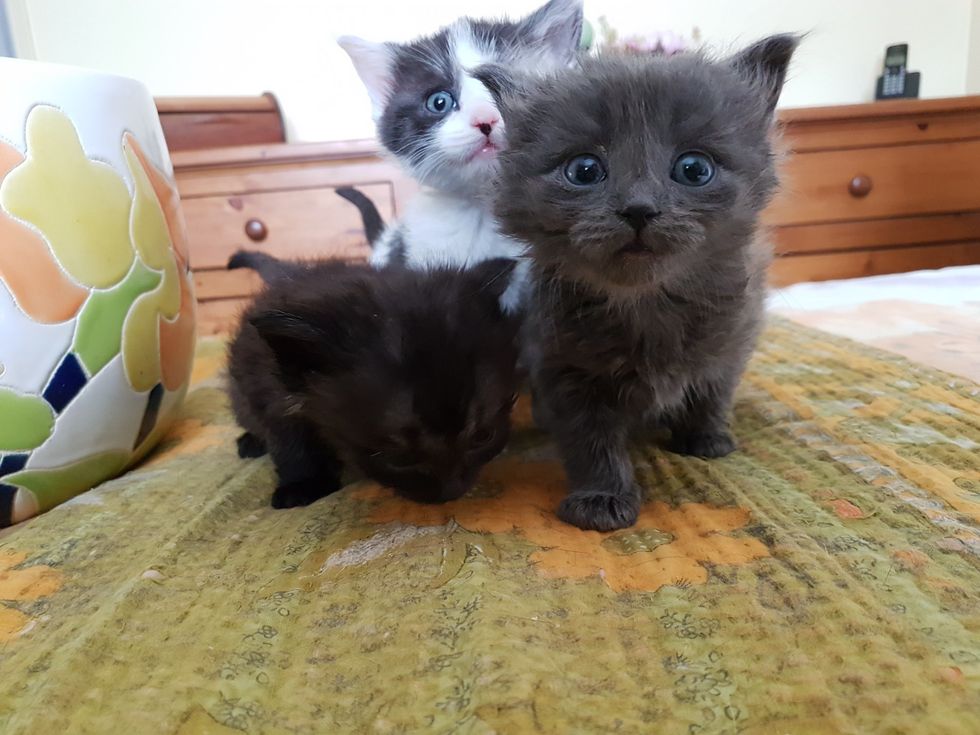 India born with a permanent wink! 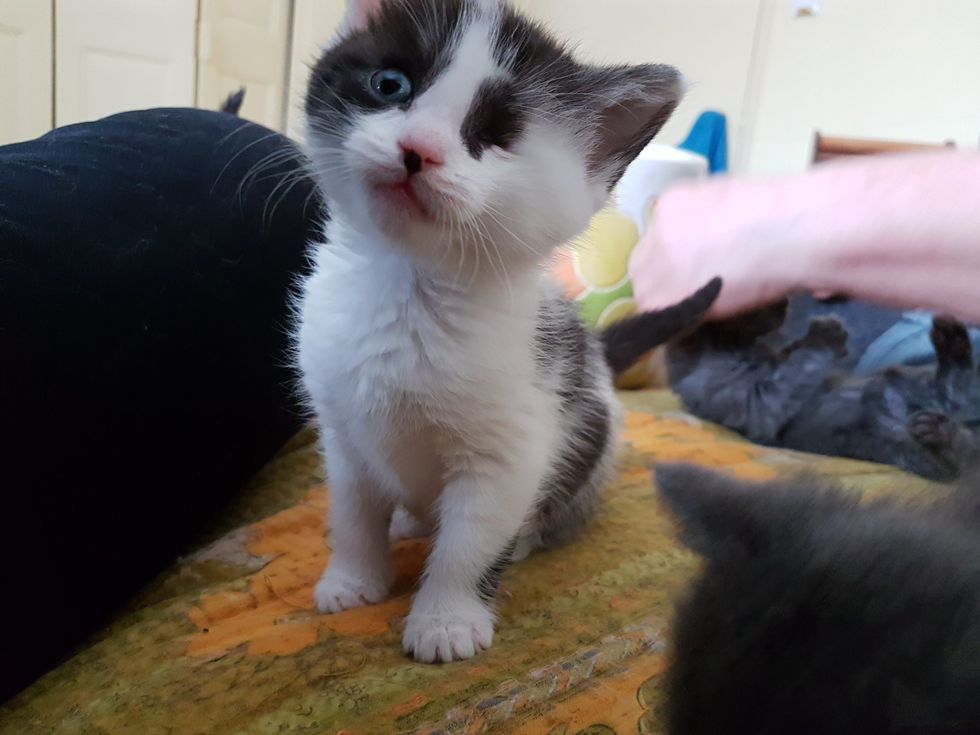 All of the kittens have found their loving homes! 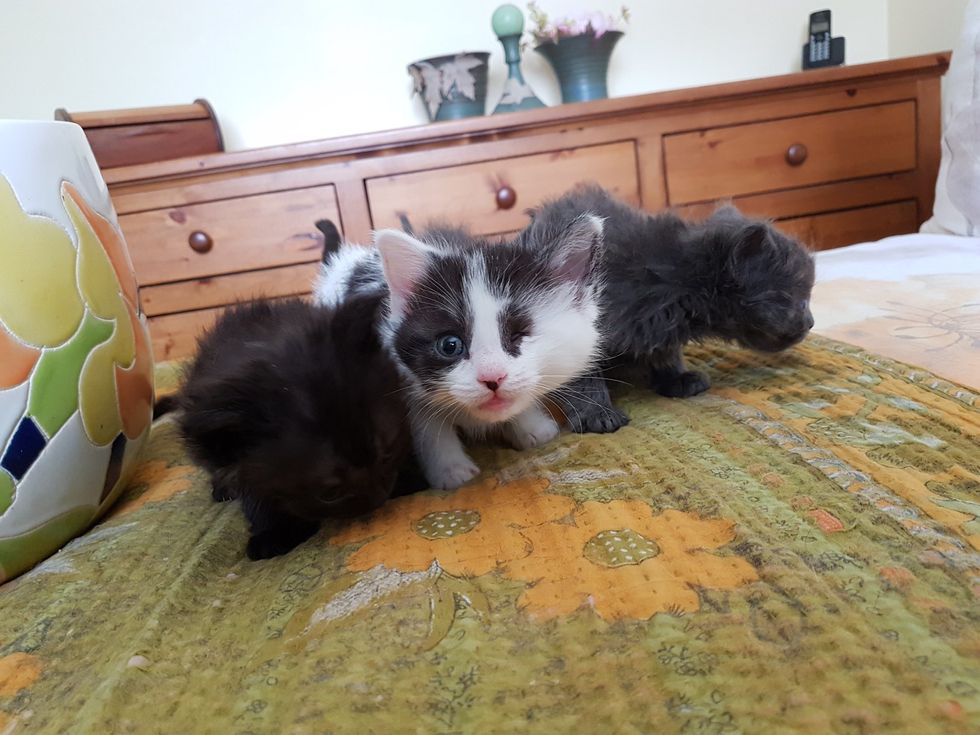 Watch these kitties' rescue journey in this cute video: