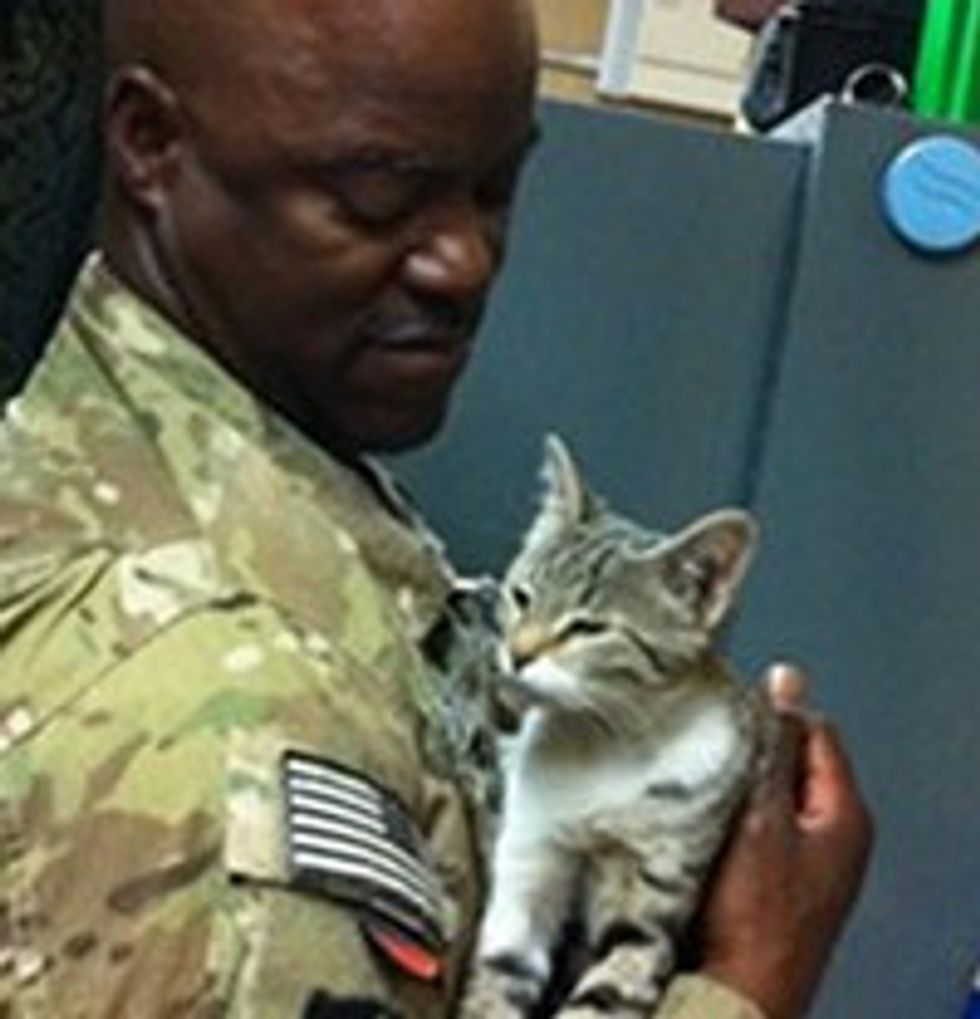 Afghan Kitten Is Reunited With Soldier In Texas

An Afghan kitten strayed into the life of a soldier. When they locked eyes on each other, he knew he had to help bring her home to America.

"Somewhere in the middle of in all this little Kitty came up to me one day. She was not like the other strays. It was as though she was trying to say something. Not giving it much thought I reached down and picked her up. I took her to my room and feed her some of the cat food I’d ask for months ago. We visited for at least 2 hours," the soldier wrote.

He then sought help from Nowzad, a charity that helps rescue animals in the Afghanistan area.

"On Ms Kitty’s last visit, I entertained her for over 3 hours. She convinced me she was ready to go and off she went. When she showed up the next mourning I knew it was meant to be. Everyone in my platoon knows of Ms Kitty... She gave companionship no human could understand and now I want to take her home to America." (Full rescue story here)

Just a few days ago, Miss Kitty was reunited with her soldier in Texas thanks to the generous donations from the public.

Ms Kitty and the soldier that found her

Kitty is reunited with her soldier in Texas.