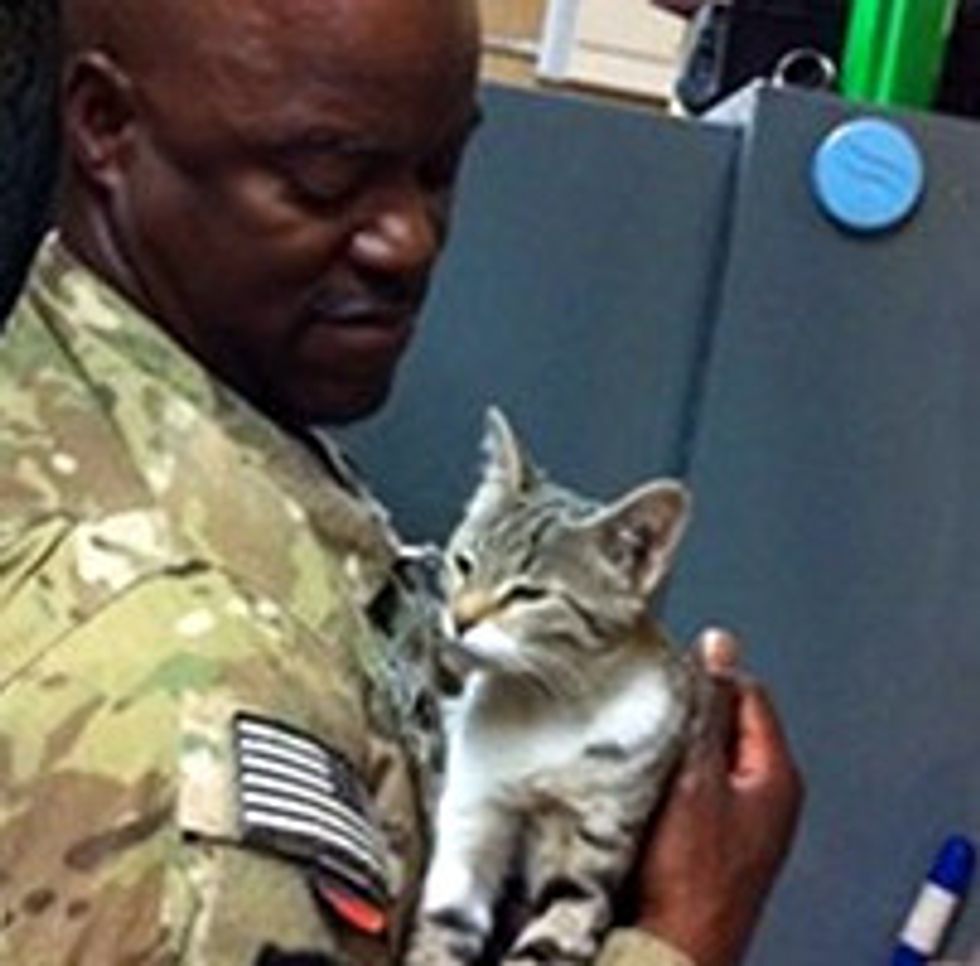 Afghan Stray Cat: "She Gave Companionship No Human Could Understand"

A kitty came into the life of a US soldier in Afghanistan. When they locked eyes on each other, he knew he had to help bring her home to America. This is their story:

I am in Afghanistan and have been here for about 18 months. The daily activities and way of life is not even close to that in my country, The USA and the things we take for granted.

Somewhere in the middle of in all this little Kitty came up to me one day. She was not like the other strays. It was as though she was trying to say something. Not giving it much thought I reached down and picked her up. I took her to my room and feed her some of the cat food I'd ask for months ago. We visited for at least 2 hours.

I did not know it then but I would begin to look for her visit often. Not seeing her for at least two weeks, I figured she was removed. When she finally showed up again; I was relieved.

At this time I knew something needed to be done. On Ms Kitty's last visit, I entertained her for over 3 hours. She convinced me she was ready to go and off she went. When she showed up the next mourning I knew it was meant to be. Everyone in my platoon knows of Ms Kitty.

On the same day that I asked Nowzad for help getting her to the rescue it was done. She has now received her first set of shots and been spayed and is settling in at the Nowzad shelter.

She gave companionship no human could understand and now I want to take her home to America.

You can help bring Ms Kitty home via Nowzad Dogs. Photos courtesy of Nowzad Dogs, a registered charity (non-profit) 1119185 in England and Wales. Follow them on Facebook.