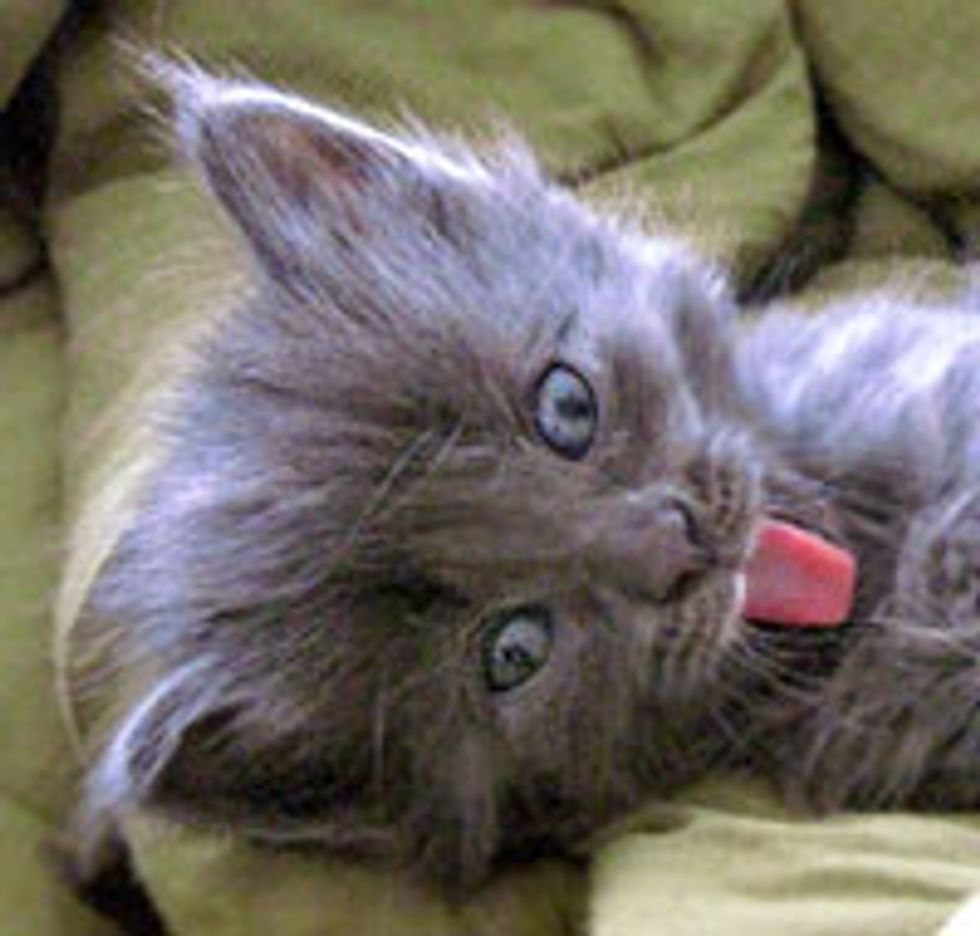 Basil and Sage the Identical Kitties

Basil and Sage are two of the five kittens born to a rescue mama cat. They look completely identical apart from being different sexes.

Not only are they identical but they look very different from their siblings. The other three have black in their coloring, short fur, and narrow faces. Sage and Basil have long, floofy fur and wide faces. It's funny. I guess they take after their dad!

Their personalities are a bit different. They were both stronger and more adventurous at first, but Sage was the real outlier of the group. She learned to walk, climb, and scamper around earlier than the other kittens, and she was always first out of the cage to play. She's still one of the most active kittens, always getting into something. She also has an adorable "squeak" that she makes when she is frustrated or curious.

Basil is the sweetie of the bunch. He likes to curl up on people and sleep. Shoulder, chest, neck, anywhere he can be close to you. Ironically, though, Sage is the only one who will purr when you pet her! Usually my foster kittens are very purr-y, but these only purr when they're nursing. I guess because they have a Mama there, they don't latch on to me as a surrogate. I wonder if they will purr for their owners.

Basil is a Mama's boy and follows Mama around a lot, hoping to get milk. Because he's so attached to nursing, it's been harder for me to get him to eat solid food, and he's got the lowest weight of the group. He's making progress on the eating front, though!

Basil, Sage and their furry family will be available for adoption soon. You can find them at Wisconsin Humane Society.