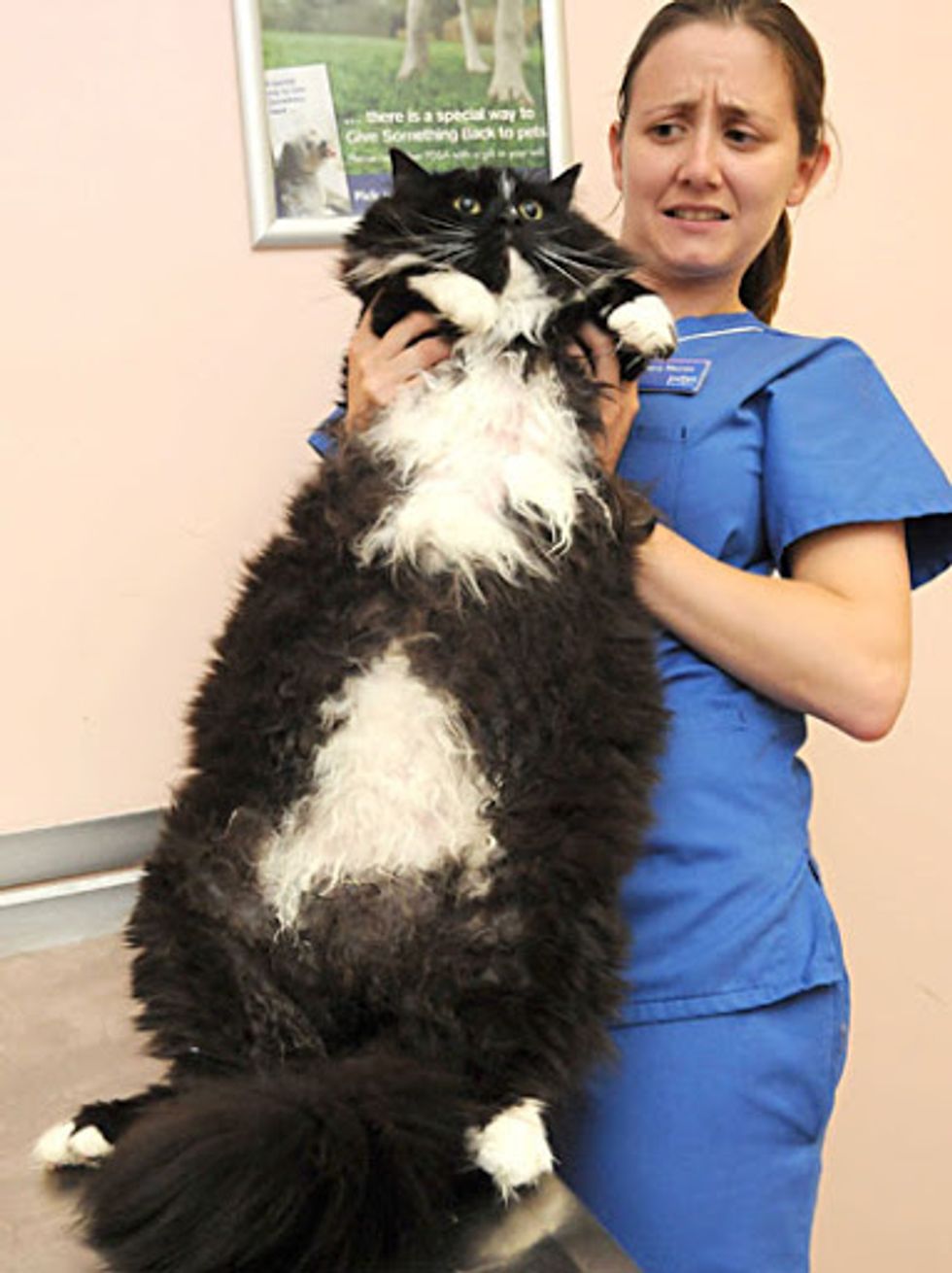 A black and white kitty named Socrates who tipped the scales at a whopping 22.2lbs (10.1kg) was on a mission to lose half of his body weight in order to reach his ideal shape. He was given 100 days in a competition to help him lose weight. The kitty was not allowed to dine on his favorite snacks - cheese and onion crips. The super-sized cat was limited to two servings of a special diet food each day. Now 100 days have passed, Socrates weighed in 3.3 lbs (1.5kg) less. He is the biggest cat to ever participate in a pet slimming competition.

The story began when the 5-year-old "Socs" along with eight other obese pet finalists joined a Pet Fit Club organized by the PDSA. The club aims to help overweight or obese pets to get back in their healthy physical shape and to prolong their life expectancy.

Socrates' owner, Mr Duncan's biggest lesson from this experience is that "... a pet's life is severely compromised by obesity, but you can make a change if you want to."

Though Socrates only came in second in this traditionally canine dominated competition, the champion was also a feline named Amber who weighed 15.7lbs (7.1kg) or 60 percent over her ideal weight at the beginning of the competition and now has slimmed down 2.6lbs (1.2kg). She became the first cat that ever snatched the championship of this 5 year-old program. The previous winners were all dogs.

It is much more difficult for cats to lose weight than dogs. The dietary method needs to be done with close supervision by a veterinarian. Rapid weight loss can be harmful to cats. According to PDSA, a recent survey found that "the most common treats given to pets include leftovers, cheese, fatty meats, chips and biscuits."

via the Shields Gazette & Sky News

Cat Snuggles Rescuer When She Realizes Her Kittens are Safe, After She's Lived Her Life on the Streets