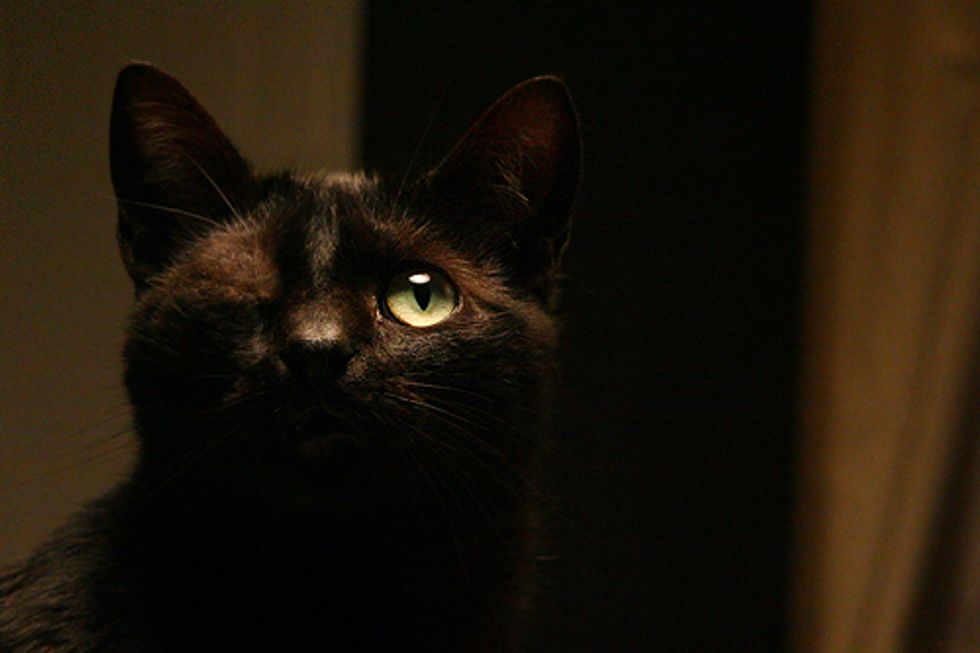 Black the One Eyed Cat

This is Black who used to be a feral cat and always kept a distance from her human admirer, Giane Portal, a photographer and a cat owner of seven in Brazil. Portal who met the little black panther since she was born and had many attempts to get closer to her, hoping for her acceptance, but every time she reached out, Black shyly ran away.

Portal was not planning on homing the kitty since the cat did not allow her to touch her. On top of that, she had made a promise to herself that seven cats is where she would draw the line. However, things soon changed.

Portal had another regular visit with Black. Though they were apart from a distance, Portal could vaguely see something very wrong with one of Black's eyes which was completely out of place. It was like second nature to Portal, who quickly captured the kitty and transported her to a veterinary clinic. Black was in fact severely injured from a car accident. She was not able to keep her eye, but after many surgeries, she survived the incredible ordeal.

Portal took the little poor creature home for recovery. During that time she started searching for an adopter for Black, but being an one-eyed black cat in Brazil sadly almost made it impossible for her to find a home. Eventually Portal decided to break her own promise and make the number of feline residents in her home to eight.

Black was very shy and scaredy at first and was not approachable to anyone. However, when she was introduced to two new born kittens, her motherly instinct unraveled. She began to groom and care for the kittens so much that the real cat mother became extremely jealous.

Black is now living a happy and wonderful life with Giane Portal and her many other furry friends. You can visit Black's entire photo album here.