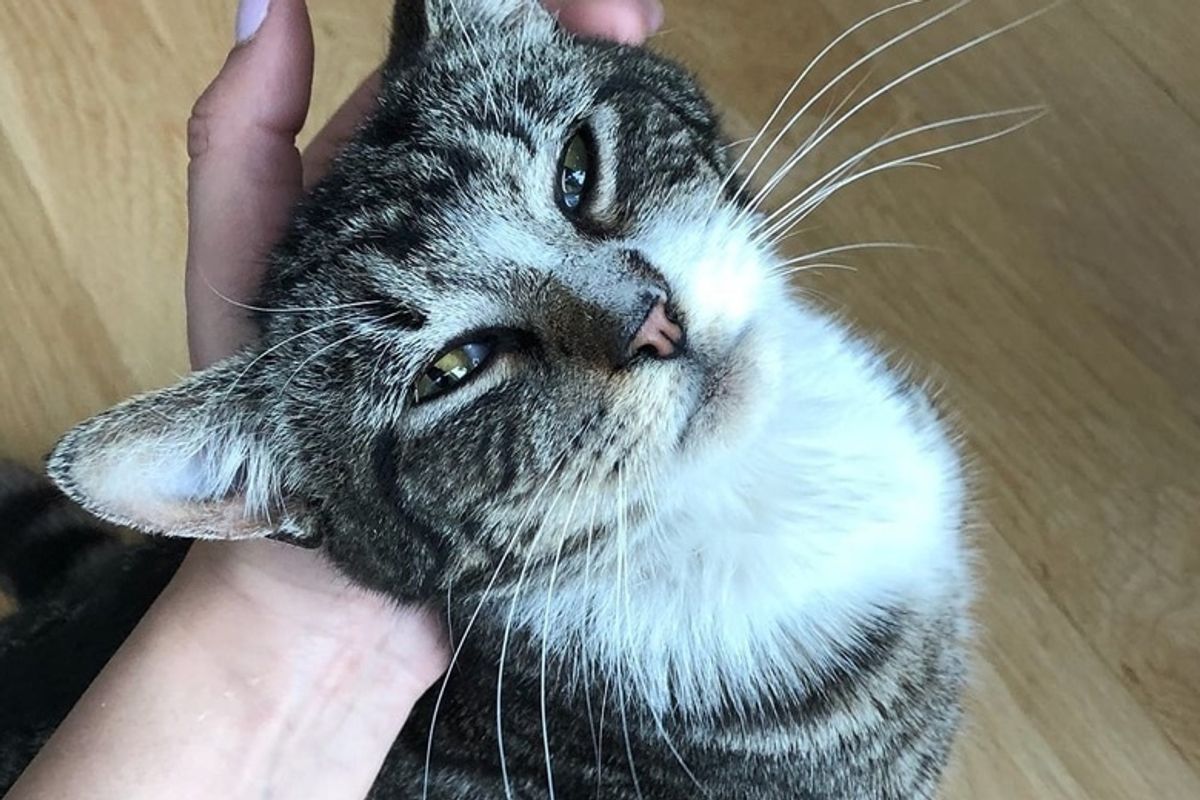 Bus Station Cat Came Running Towards Man Who Came Back to Save Him.

A friendly stray cat came running when a rescuer who had given him food, came back for him.

Paul Santell, an avid animal rescuer (Paul the Cat Guy) based in New York City heard about a few stray cats that needed rescue near a bus station in Ridgewood, Queens, New York. 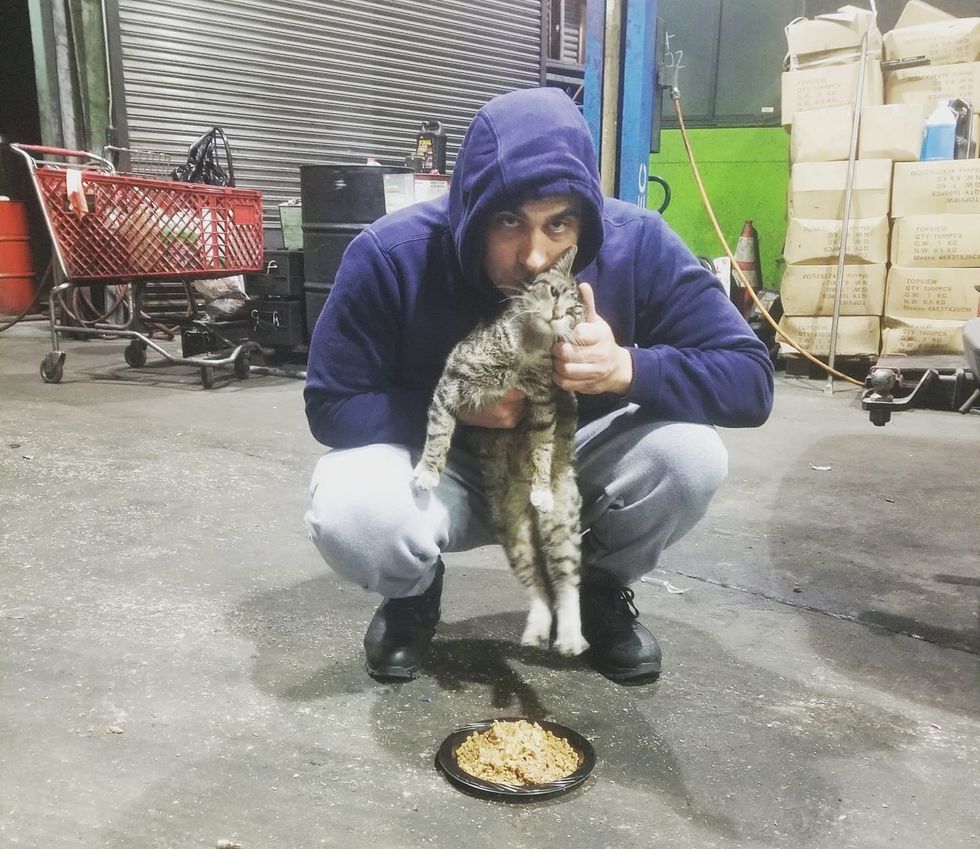 "An employee at this bus station in Ridgewood met me last year (at a cat colony where 29 cats were TNRd and 9 kittens were rescued) and told me about the cats at his job.," Paul said.

Two weeks ago, Paul went there to trap a pregnant stray, but instead spotted many more cats. "Two ran right up to me and tried forcing themselves past my hands to rush inside a spring loaded trap. With only two traps on me, I told the employee that I would be back."

Paul fed the kitties that he couldn't trap that night and gave this very friendly tabby a cuddle and a kiss before heading back. The next day, when Paul returned to the bus station, the tabby cat was still there.

As soon as he arrived, the kitty came running towards him as if to say "take me with you." 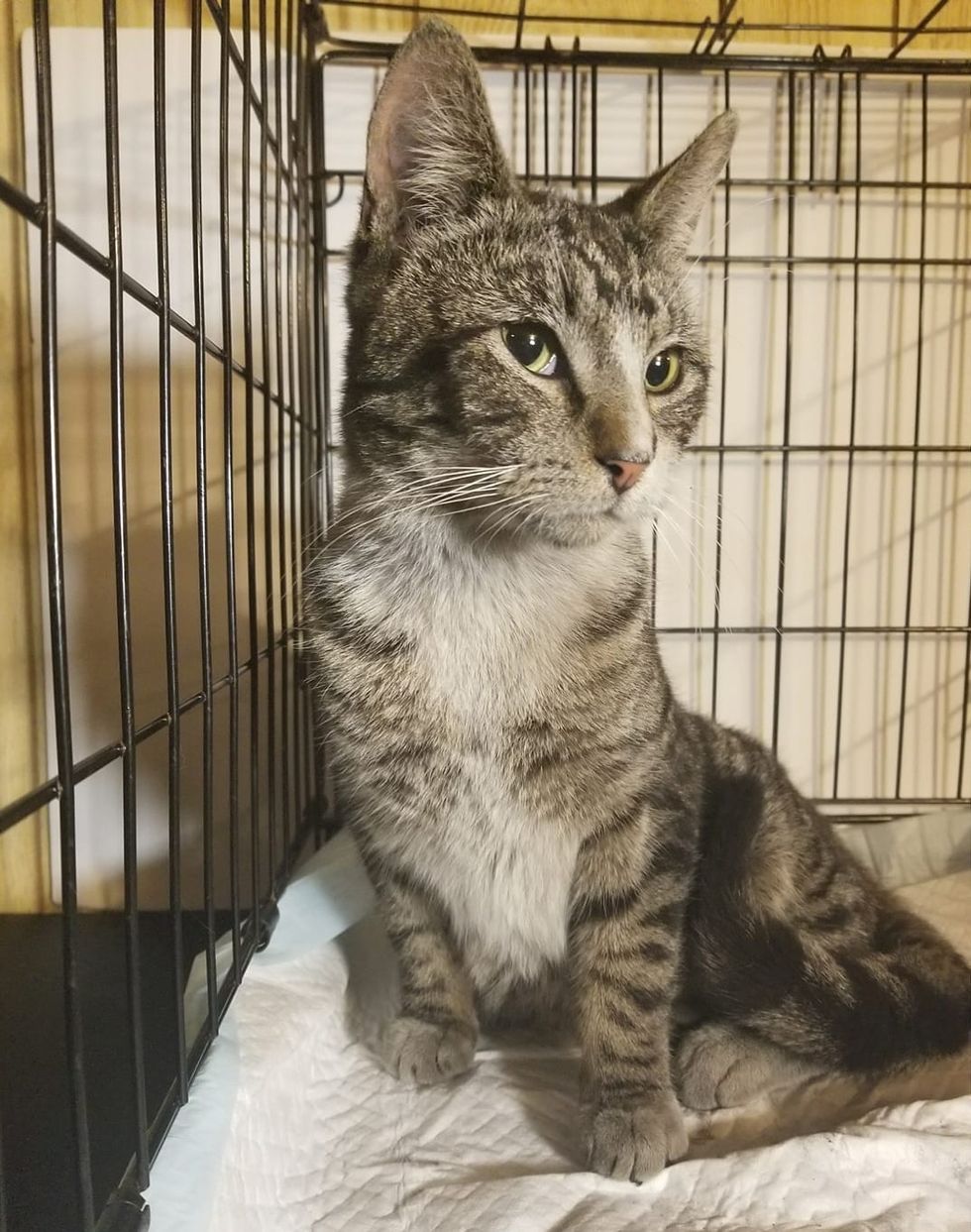 "This is the super friendly guy who I was holding in the picture at the bus station. I went back and he came running right towards me," Paul said.

Paul picked him up along with three other cats that he trapped that night. A total of six cats were rescued from the bus staton that week. 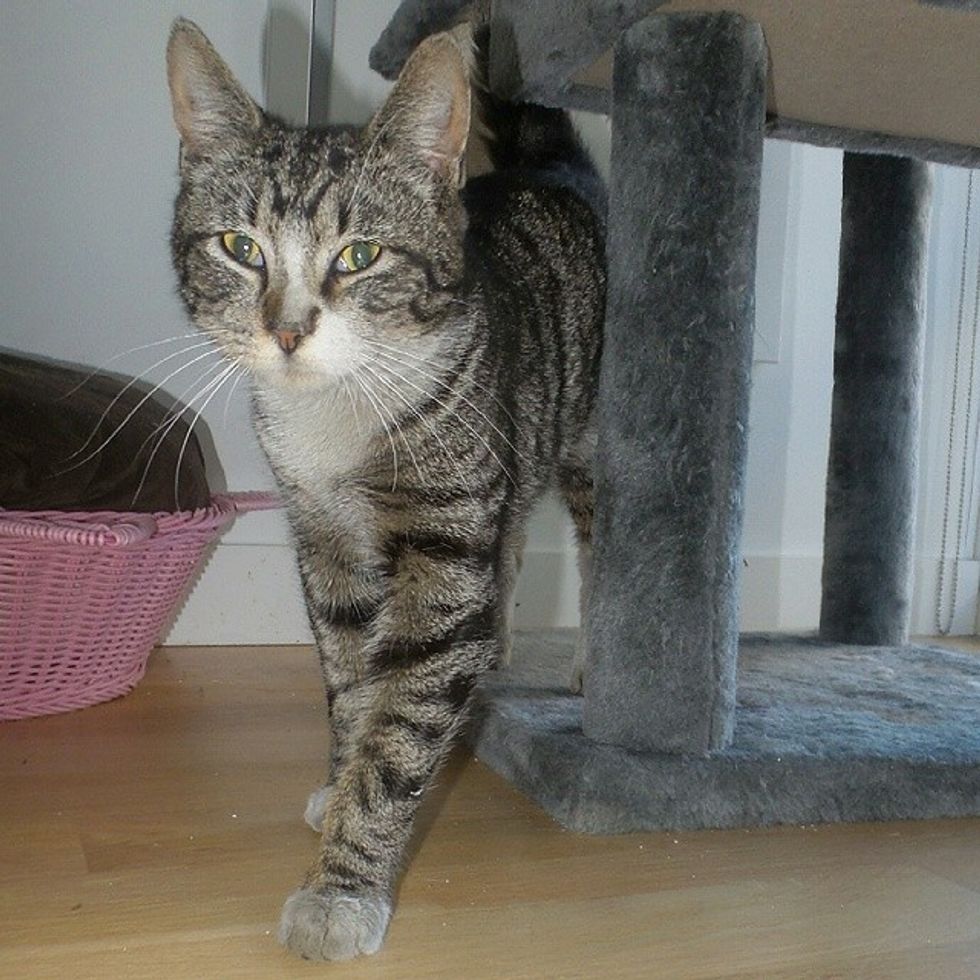 The friendly bus station cat was named Flapjack. After getting him fixed and fully vetted, he was placed in foster care.

"He is loving being inside a real home, albeit a foster home," Paul said. 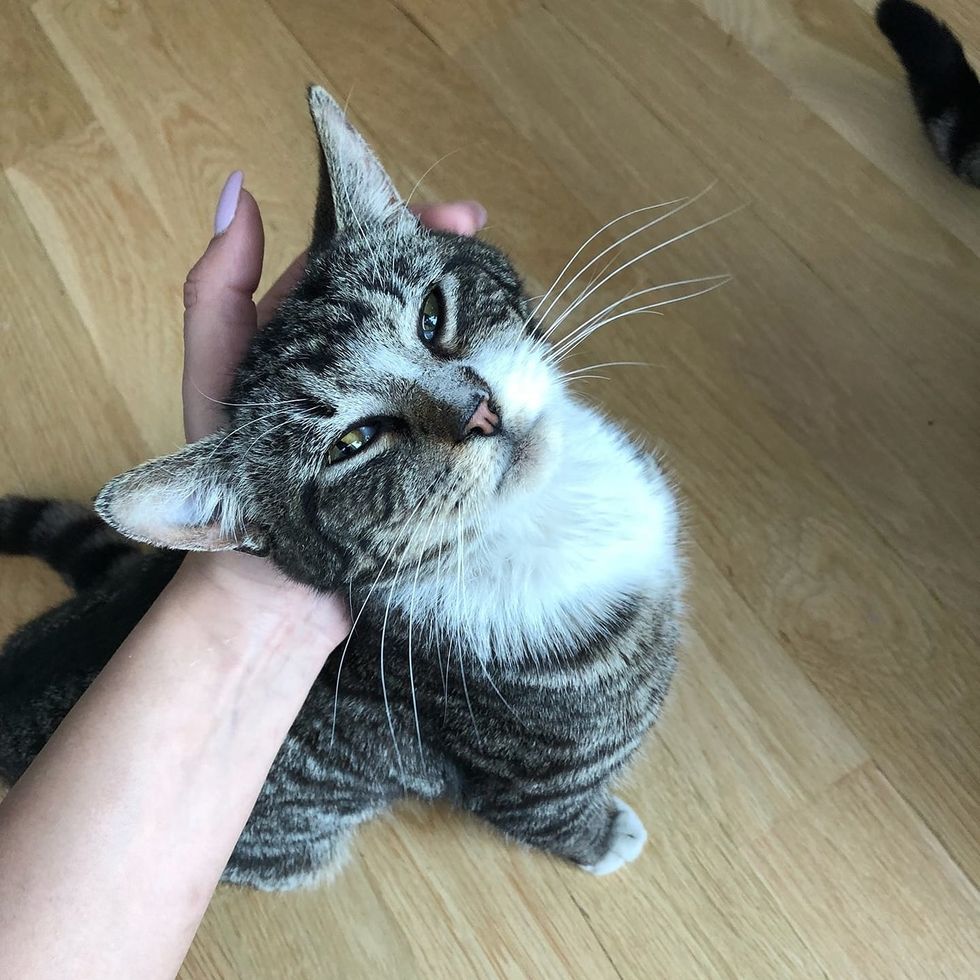 The sweet little boy can't get enough of head scritches. He follows his foster mom around the house, wanting attention and pets.

The tabby cat is loving his indoor life and hopes someday soon he will have a place to call his own. 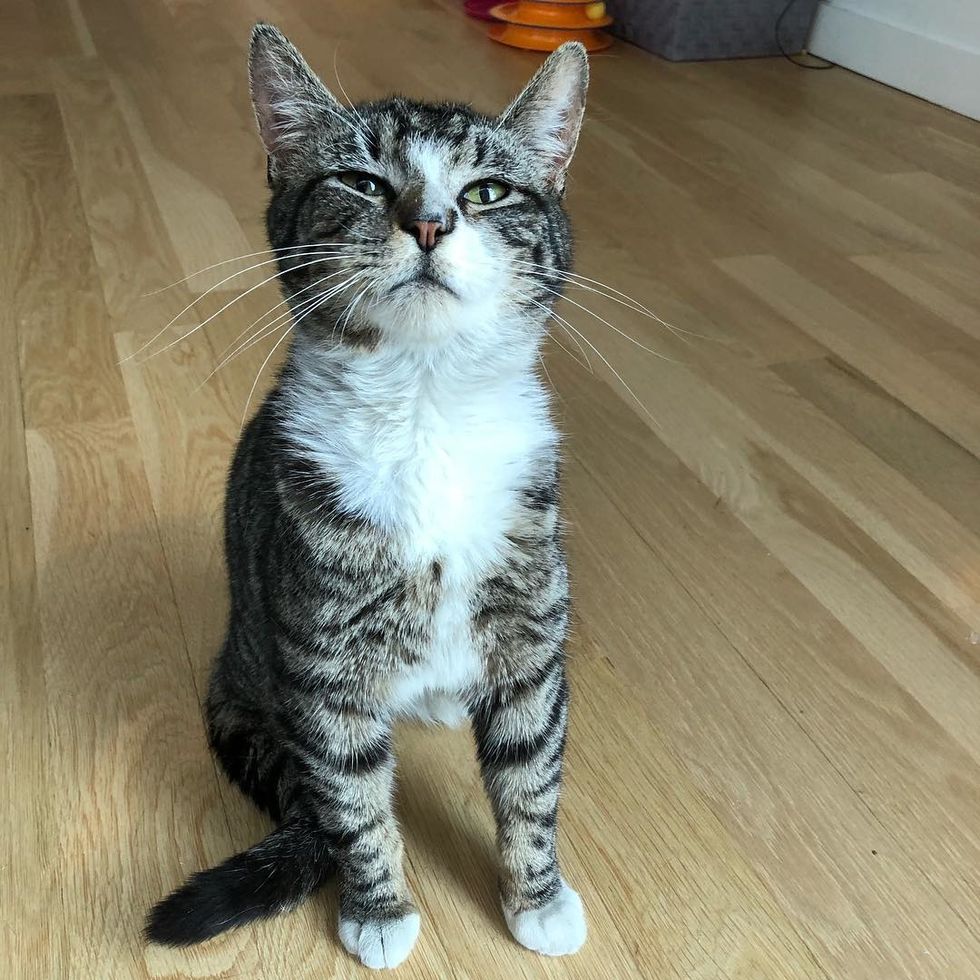 No more wandering on the streets and looking for food scraps...

With help from rescuers like Paul, Flapjack and many other formerly stray cats are getting a chance at a better life. 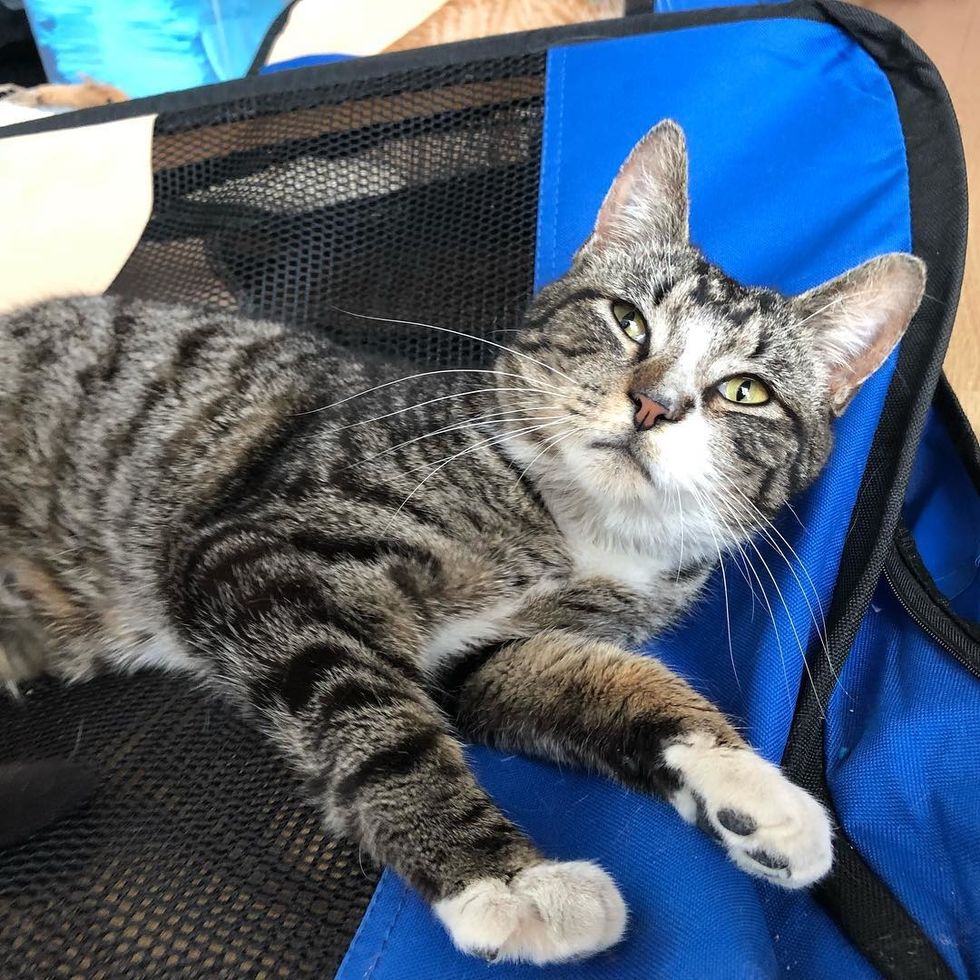