A stray calico showed up in a neighborhood, looking for food one day. She walked up to a young woman and started begging for food and a lot of love.

"I moved to a new area last December and she was one of the strays that began to hang around my neighborhood. I started feeding her, getting to know her. Before she would eat, I'd spend ten minutes giving her pets and love. She's one of the most affectionate cats you'll ever meet!" Melissa told Love Meow.

"When it got really cold, I just said screw it and brought her inside." 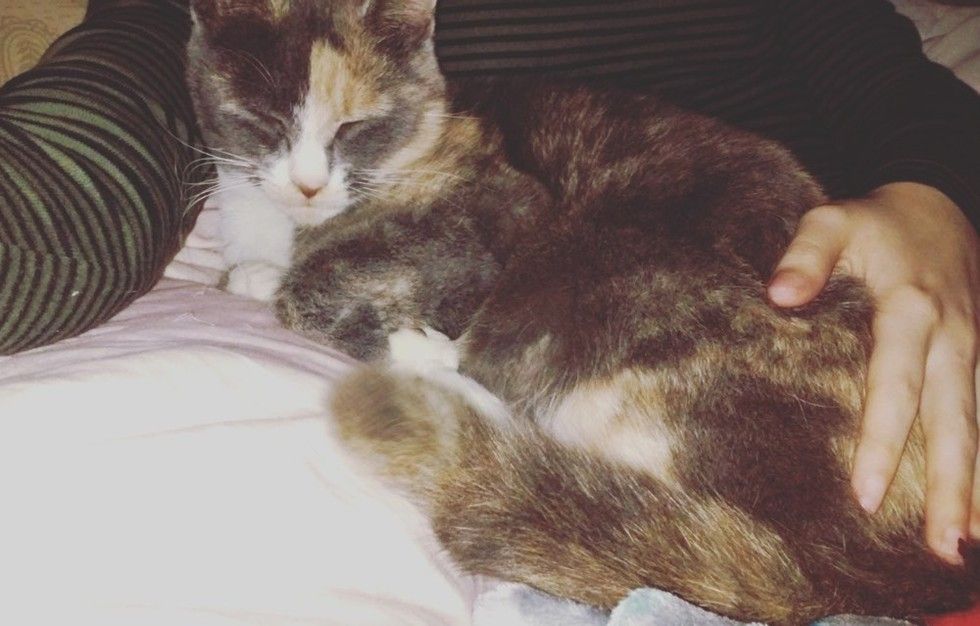 Soon after she moved in, the calico cat brought Melissa a little surprise!

"She didn't have a collar, and when I took her to the vet, no microchip - but she was pregnant!

"She was definitely someone's pet before. She gets along wonderfully with my two other cats (Edgar and Pluto) and because she's a rag-doll calico, the name Sally just felt right. And she responds to it now!" Mellissa said. 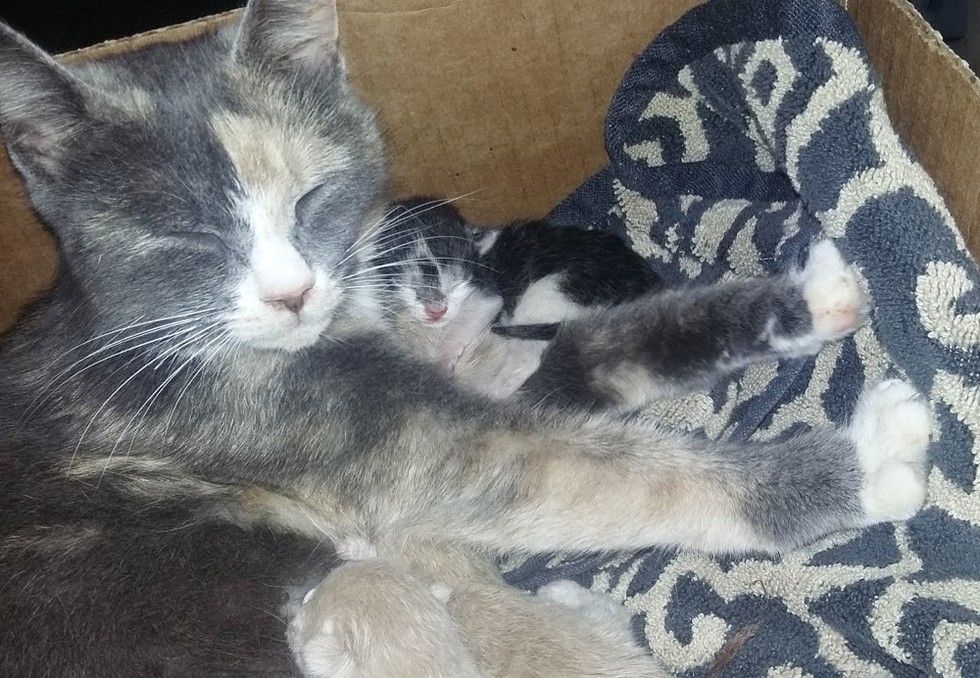 Mama Sally gave birth to four tiny furballs after she moved into her new home.

"I really didn't see myself taking on another cat, much less 5! But I can't imagine things without her - or the little fuzz butts," Melissa told Love Meow. 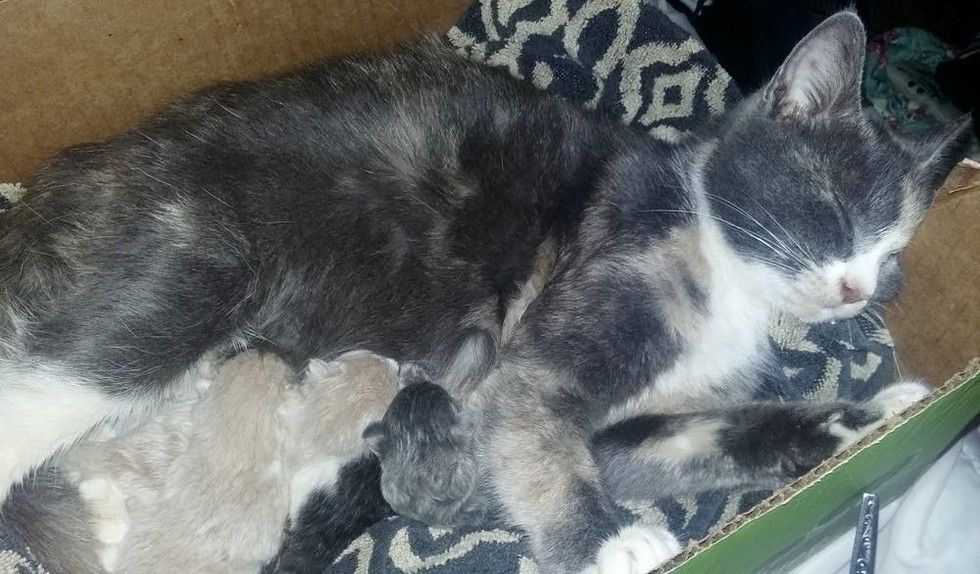 "They are pretty cute. They enjoy climbing on the couch (and falling off), playing with their paws, and thinking my fingers are nipples.

"The grey one is learning how to hiss now. They're growing up so fast!" 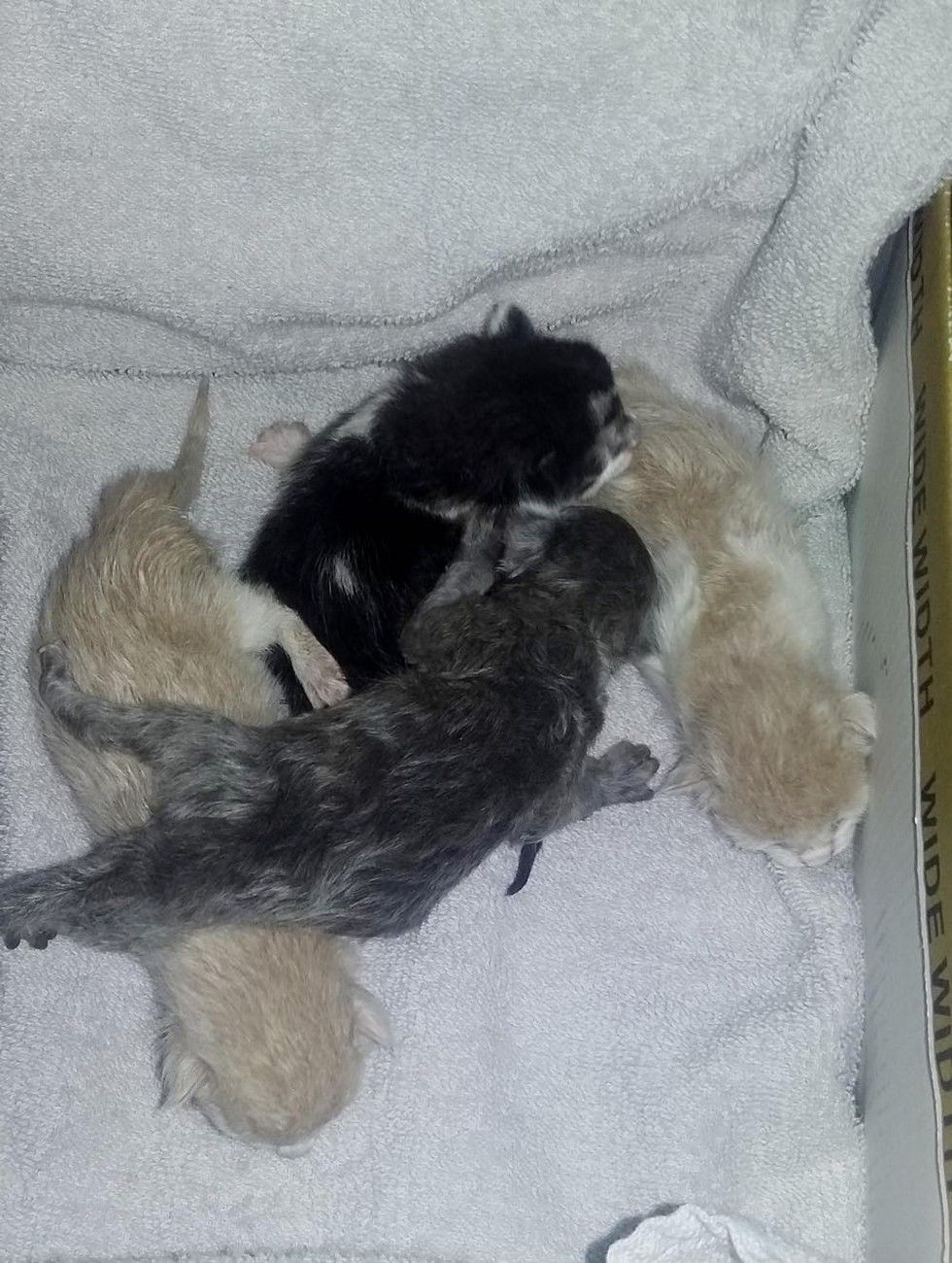 "They love getting under the couch and exploring the kitchen.

"When Sally eats, they want to stick their heads in the bowl to see what mama cat is munching on. It's also super cute to watch them climb up on the couch and then pass out from all the hard work," Melissa said. 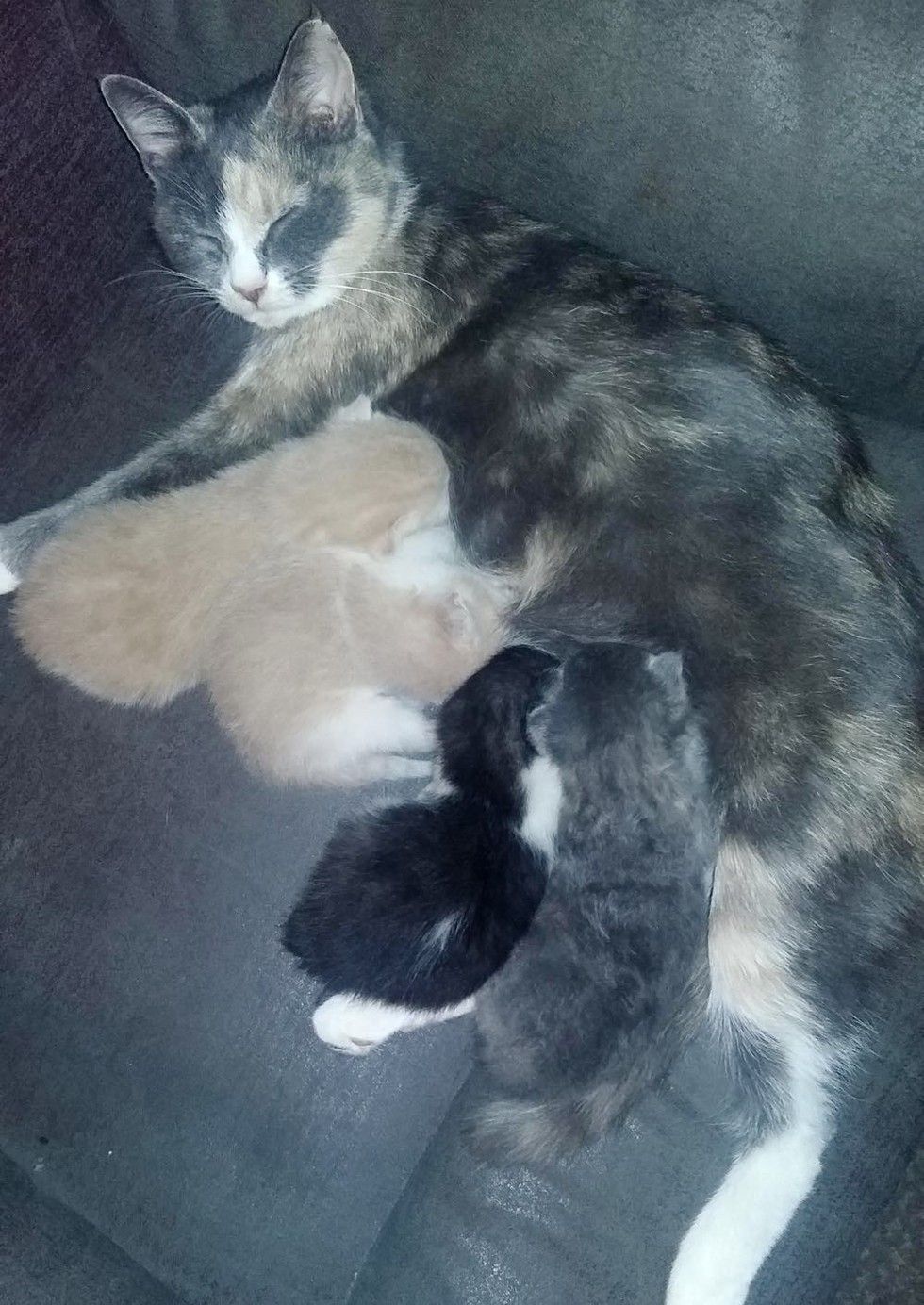 "As soon as the kittens are weaned, she will be getting fixed. My vet only gave her rabies vaccination and she is now microchipped, but now that the babies are born, I can go ahead and get her in tip top shape." 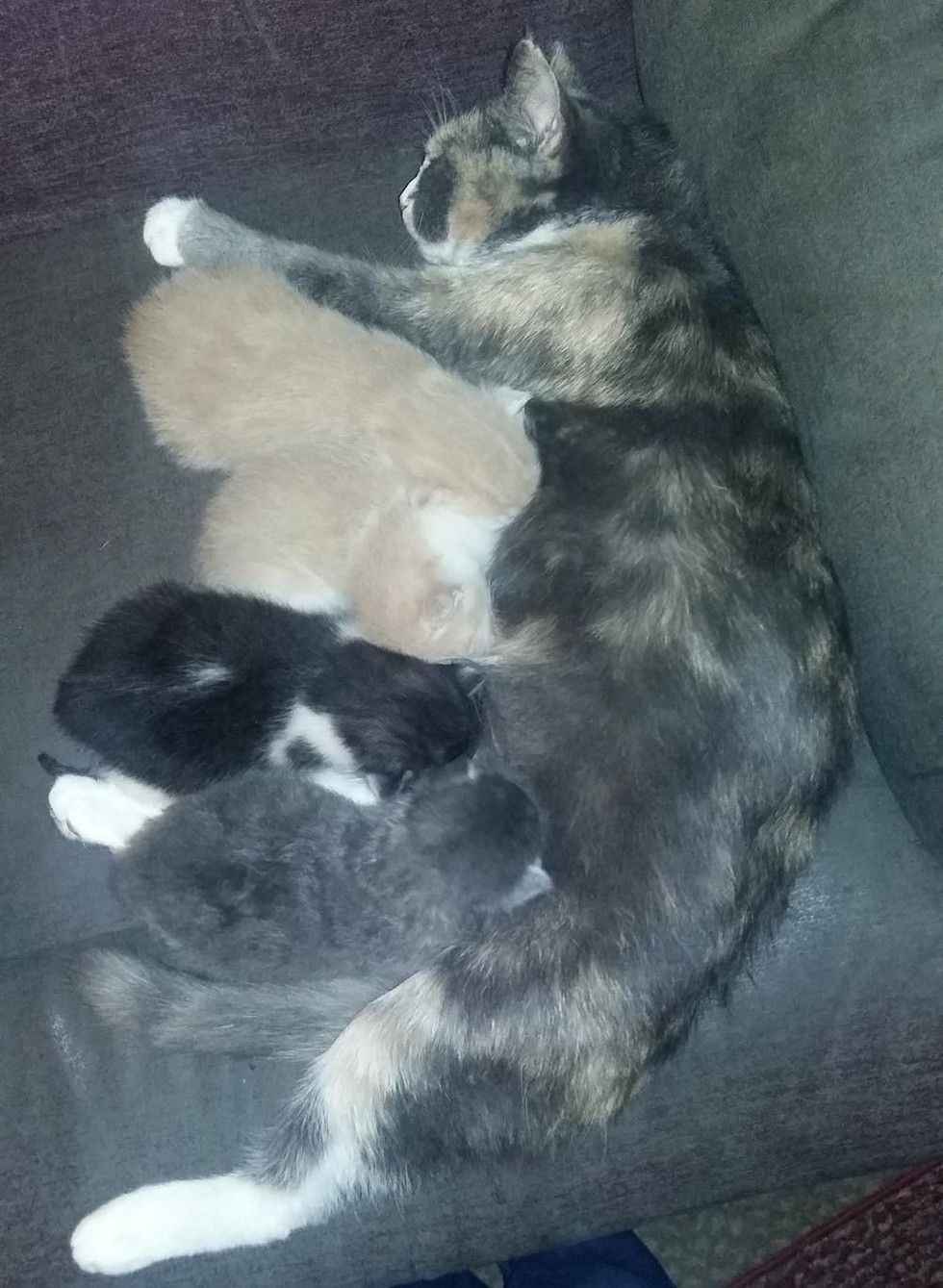 A month ago, Mama Sally was looking for someone to help her care for her babies...

Now she has found the purrfect home! Share this story!