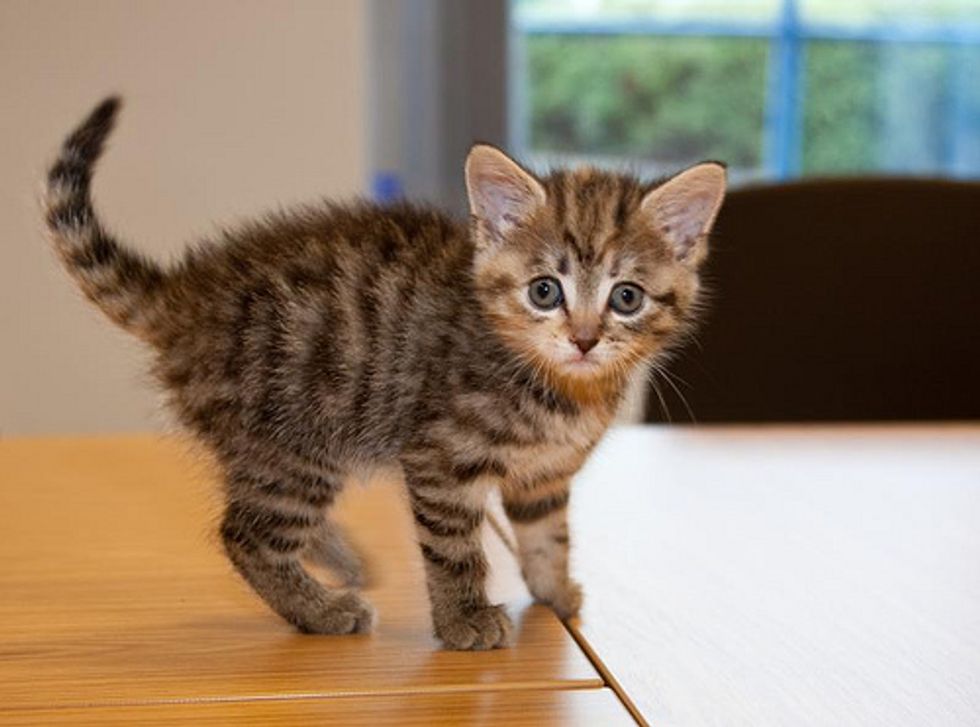 I have 4 cats in my home, 3 females and 1 male.  Buddy, my male, is generally a very gentle, loving cat, and sort of took my baby cat, Valentine, who is 10 months old, under his wing when she came to live with us; she pretty much shadows  him everywhere he goes.  Recently, Valentine escaped the house and was gone for about three days.  She has since returned home safely, albeit a little timid and dusty, but none the worse for wear.  However, Buddy acts like he's never seen her and is very hostile.  I thought at first it was because she didn't smell right to him, but he doesn't show any signs of lightening up on her.  He hisses and bats at her, growls if she walks by, and won't let her look out the back door with him and Ceci like they've always done together.  She's confused by his behavior and sticks close to my side so Mama can protect her.  Is there anything I can do, or is this something that will resolve over time?  And if it's a time thing, about how long will that be?  Thank you!

Cat aggression can be enigmatic. There are numerous reasons why cats become aggressive. It can stem from stress, illness or various uncertainties. When a cat's behavior shifts south, it can affect other cats, animals and humans in the same household.

There are several possibilities to your cat's aggression. However, let's first look at a few common types of aggressive behaviors in cats:

Cats become territorial when sharing a house with other cats. Each cat demands for a personal space or sanctuary where they can attain their domain. However, in a crowded area, trespassing another cat's territory is inevitable which can be irritating to the cat and causing the cat to act aggressively. Spraying is the most common form of territorial marking among cats. Even neutered or spayed cats can spray or leave their mark to show other cats this is their personal area.

It is true that when you bring in a new kitten or cat, the established cat can become aggressive, unease and stressed. The change of behavior is usually accompanied by spraying, growling, hissing, chasing or/and swatting. The reason of doing so is to establish the cat's social status in the family. In a cat colony, there is a clear hierarchy structure where the alpha cat is usually the most confident cat in the crowd who likes to stand tall and centered. The submissive cats are usually found along the perimeter of the colony, timid and constantly watch out for their safety.

In order to solve territorial issues in the house, a very effective way is to add ramps or perches. Cats will instinctively jump on higher levels to display their social position.

Cats are master of hiding pain, but it does not mean that they don't show it at all. When you see your cat's behavior has changed, it might indicate a medical issue. In a multi-cat household, sometimes you may find the sick cat to be bullied or pounced on. This is because an ill cat's scent is changed slightly or significantly. Since cats have very sensitive sense of smell, a subtle change can be alarming to them. When they are around a scent they are not familiar with, they can feel threatened by it which provokes them to chase out the "intruder".

In your case, it seems that Buddy sensed unfamiliar smell from Valentine. It is common for cats to carry back foreign scents from the outdoors especially true when Valentine was gone for several days. Certain scents can raise red flags for cats. Buddy probably feels threatened by the smell, thus becomes aggressive around the areas he sees as his own territory when Valentine comes by.

It may take some time for Buddy to get completely comfortable with Valentine but I doubt it will be long. Cats have very good memory and can remember people they once lived with for a long time. It is hard to say when he will come to trust Valentine more, but it will happen.

What You Can Do to Help:

There is something you can do to expedite the process for Buddy. Rub down Valentine with a towel and bring it to Buddy and let him sniff it and stay around with it. This way, it will help Buddy familiarize with Valentine's scent. Also, if Buddy appears to be very aggressive, you can separate the two between a loosely closed door, so they can sniff each other through the crack. This can help avoid a potential fight and aid them in getting used to each other's smell.

In some cases, cats have to duke it out until they can establish social status in the house, especially true when they are all males under the same roof. However, it doesn't mean we should just let them fight to tooth and claw. You can clap your hands really hard to stop them from biting or wrestling with each other. Never physically intervene in a fight because they may turn their aggression against you.

There are products out there that can help alleviate stress and aggression for cats. One good product is called Feliway Comfort Zone. It emits a scent that resembles cats' facial pheromone that can help relax them.

Finally, if none of the above works for your cat, you can consider checking with your vet and see if there is any underlining health issue that should be looked at. Good luck with everything. Please keep me posted.