A kind couple found a tiny 3-legged cat on a trail and saved him from near death. The kitty is quite a wonder. 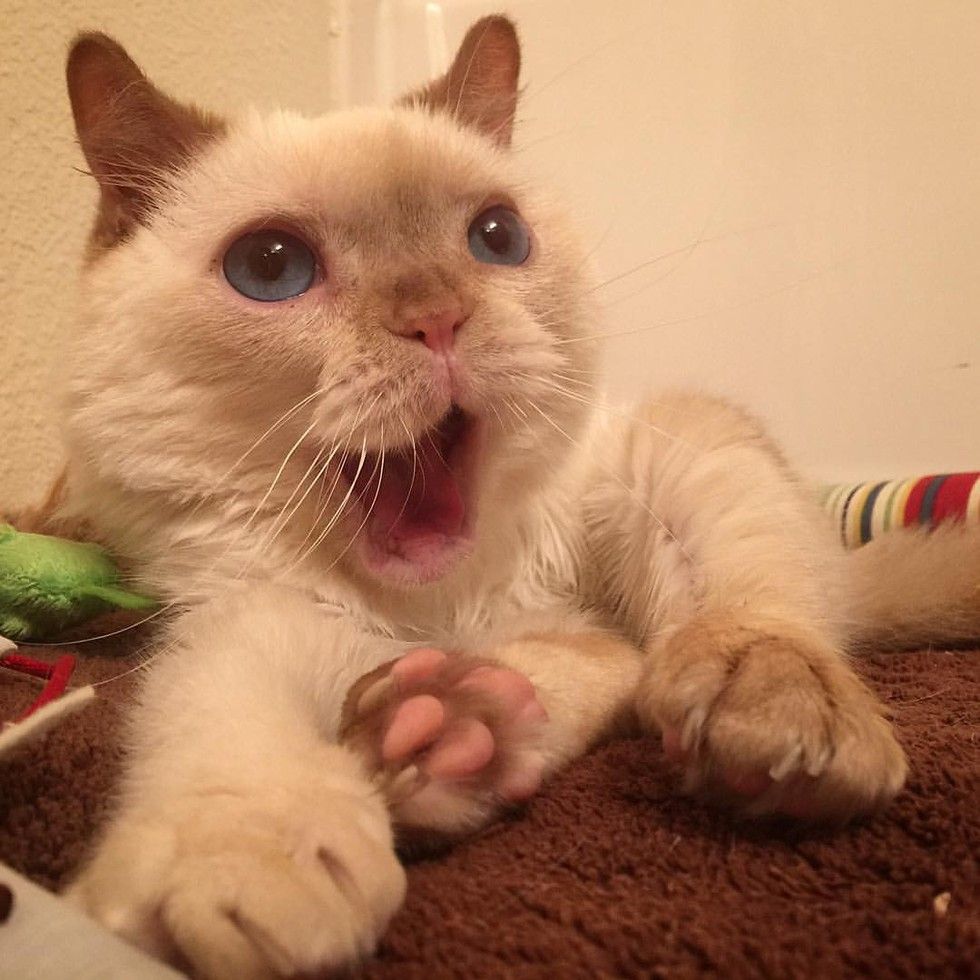 "He was born without a leg. When we first found him we thought maybe an animal had bit his leg off. Once we checked him, we realized there was no open wound or even a scar," Trident's human told Love Meow.

Trident was found at the trailhead entrance for the Calico Tanks Trail Head in Red Rock Canyon, NV . "We do not know how long he was there but when he was found he was too weak to walk or even crawl."

They knew they had to try to save him. "We didn't think he would make it through the night and this is him after 12 hours of constant care." 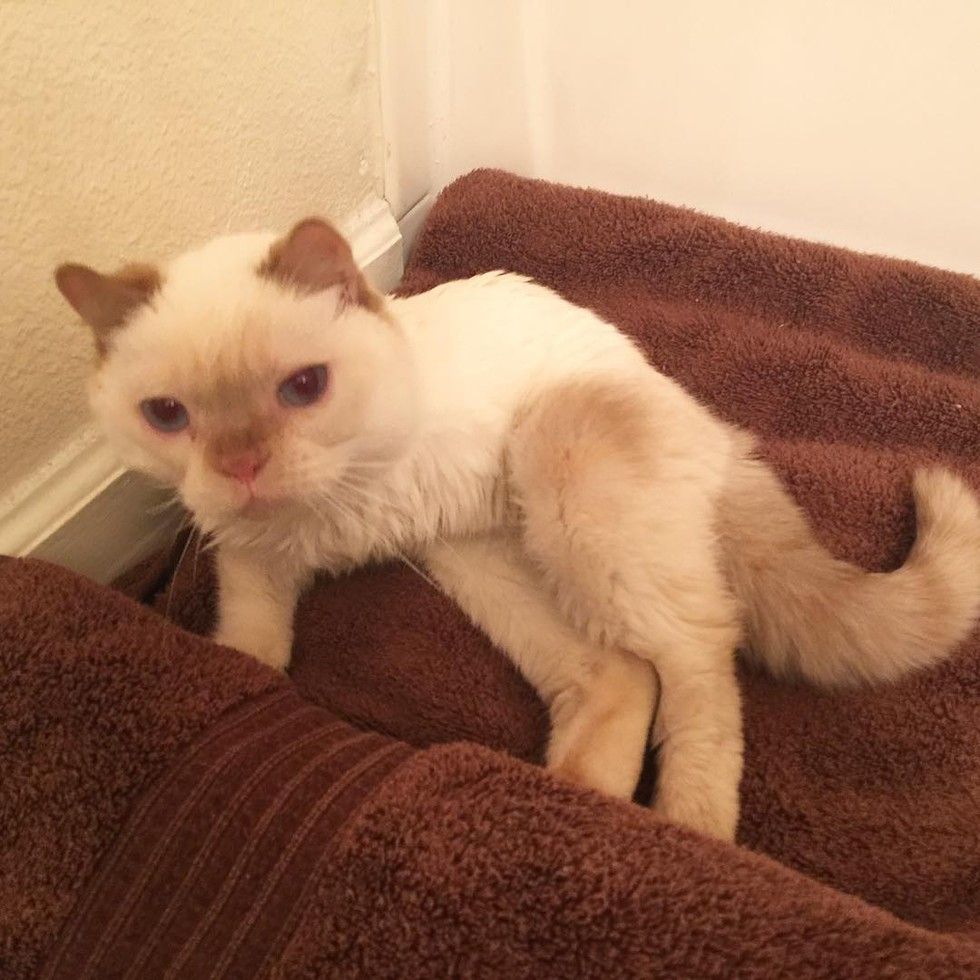 Little Trident got better and stronger every day under their care. He kept surprising the couple with just how much he wanted to live.

"Because of the plaque, gingivitis and missing teeth, the vet can only estimate that he is anywhere from 6 months to 4 years." 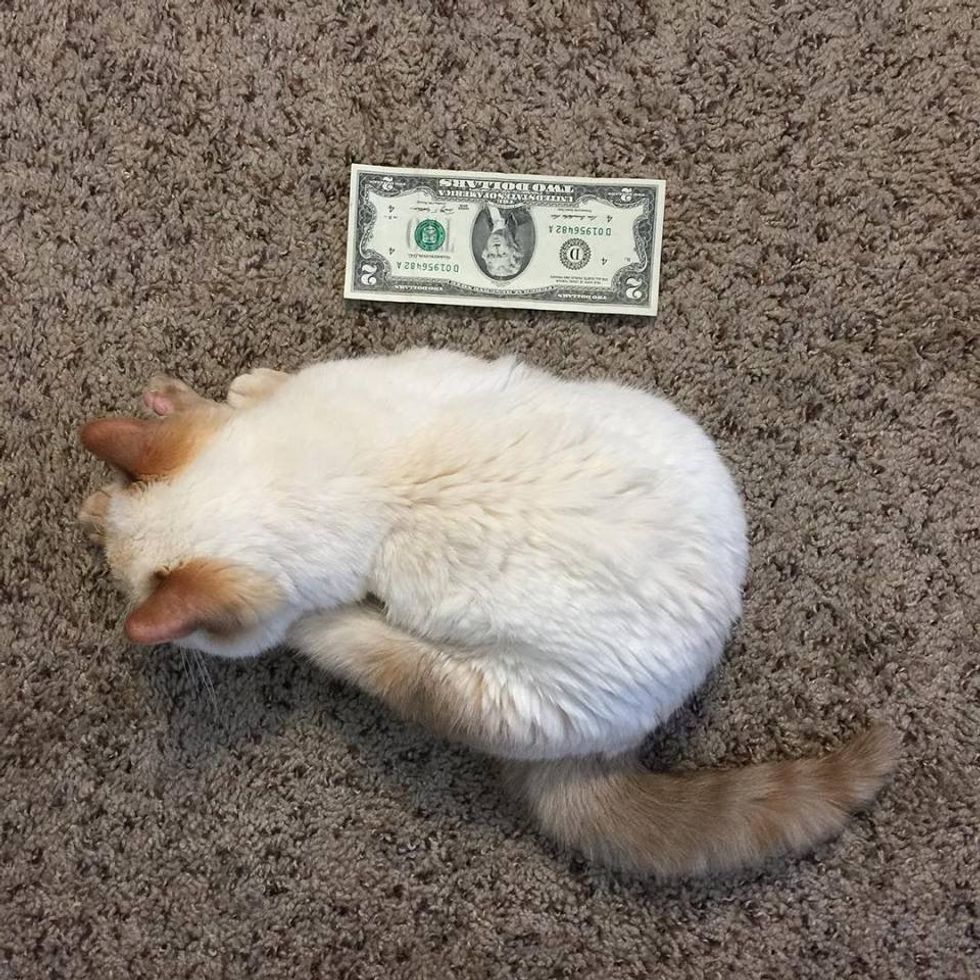 "He loves when we play with him. He really likes stringy type of toys. He loves biting and pulling on them. He has a very unique personality," Trident's human told Love Meow.

"He really enjoys laying to us when we watch TV. He tends to get really close to us and rests his head on us whenever he can." 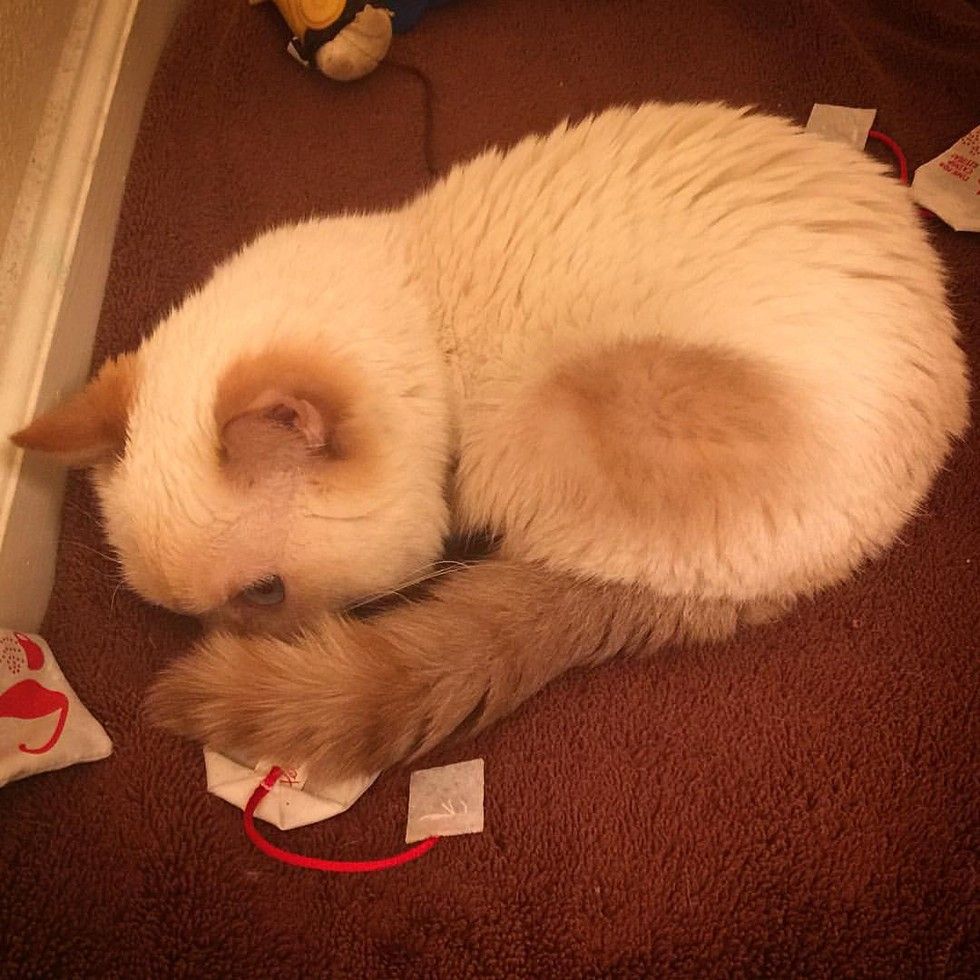 Trident is full of wonders.

"He is very affectionate towards us. He gives us the most amazing looks and licks us." 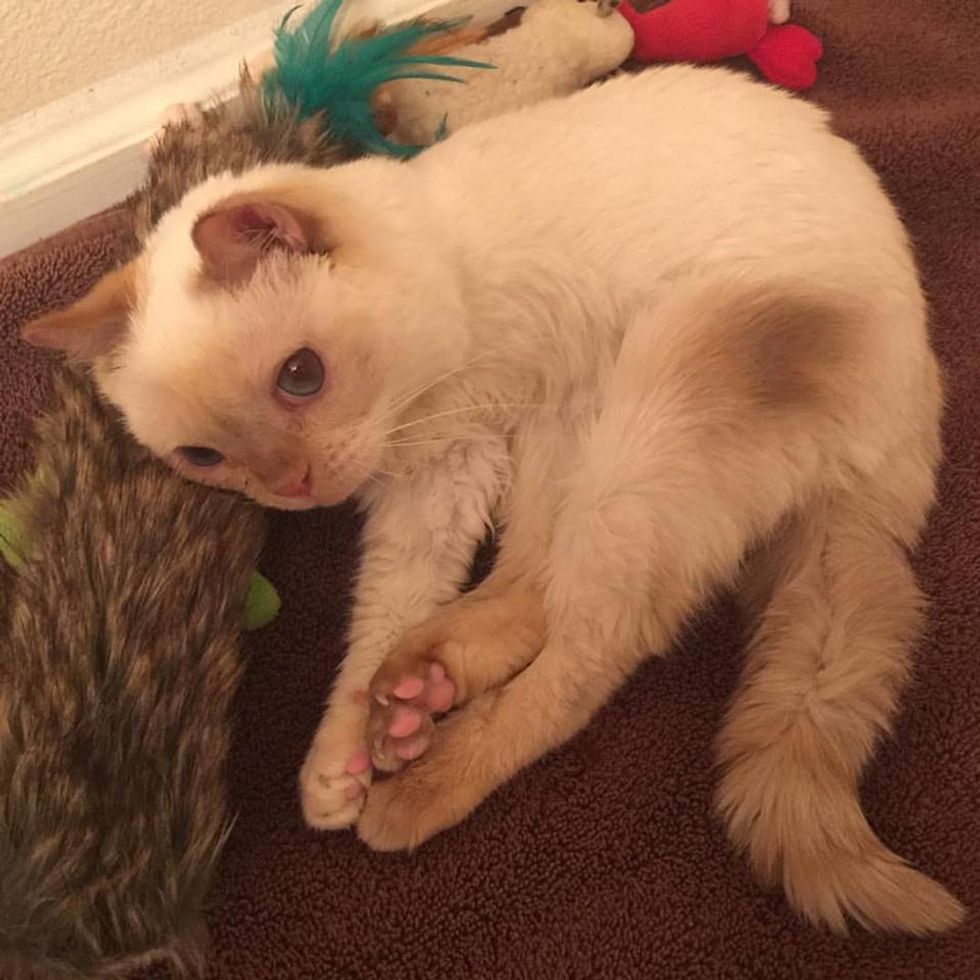 Trident meows and purrs when it's time for breakfast, and gets really excited when his human mom gets home.

Simple things in life make him a very happy kitty. 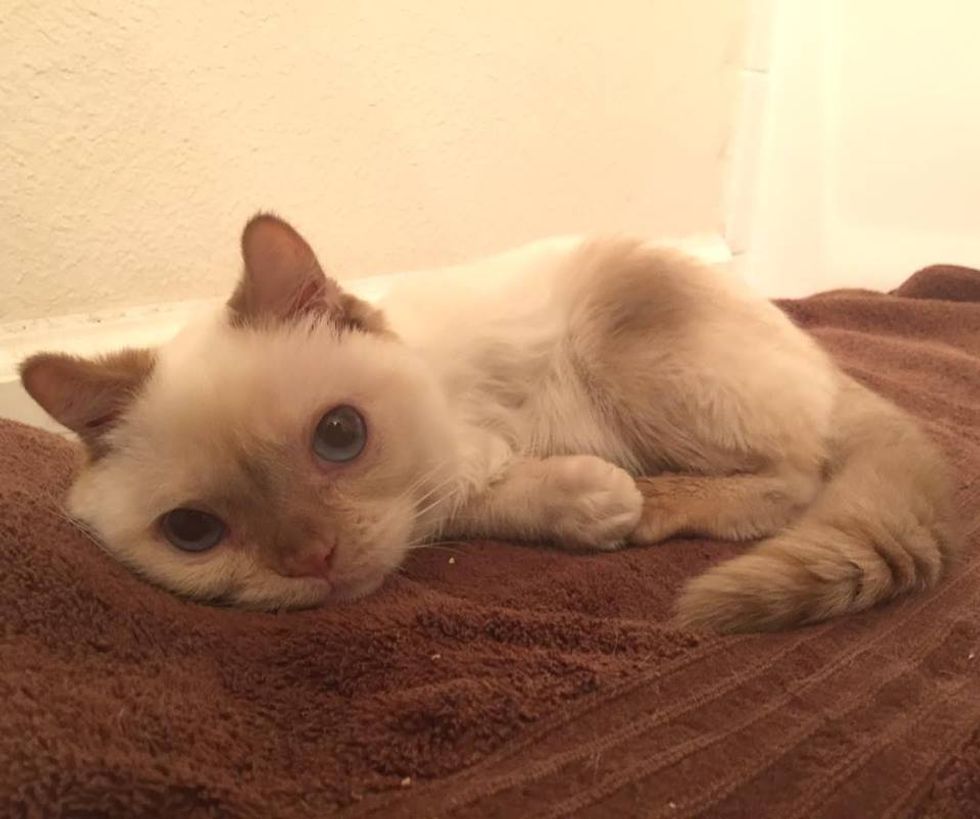 He may be a special needs cat, but he absolutely loves life. 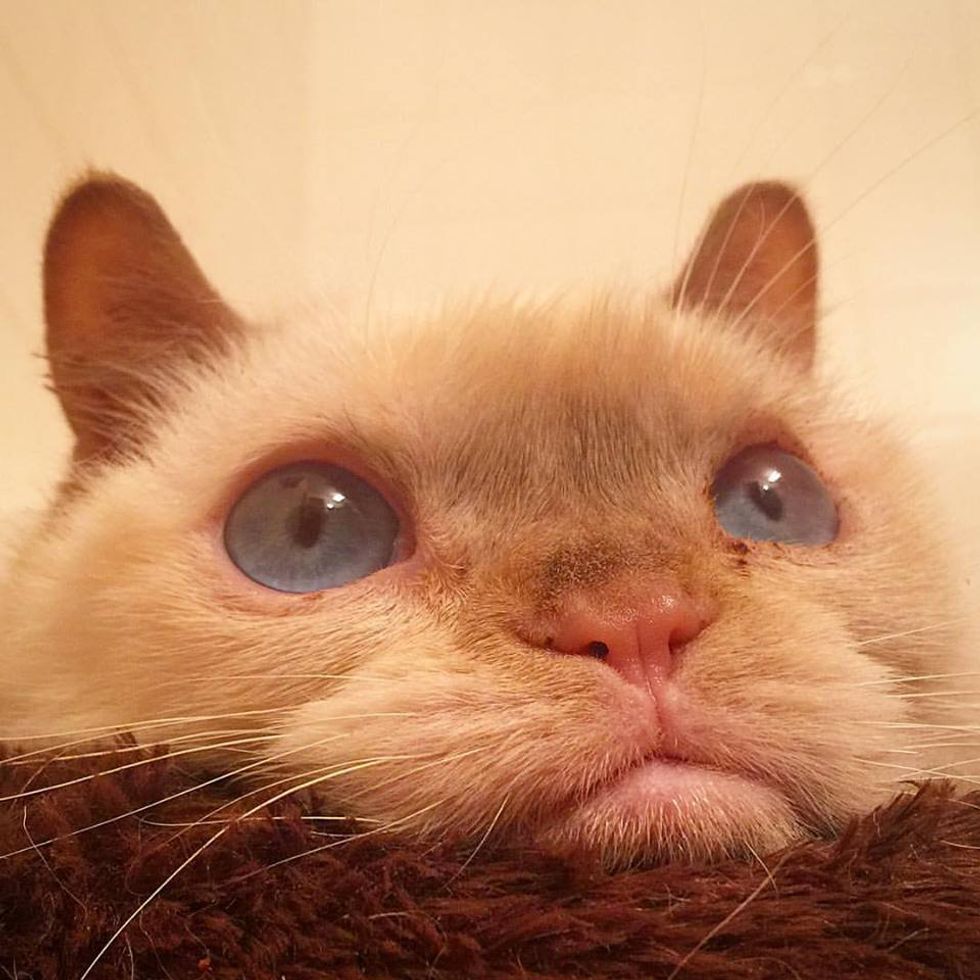 Trident rests his head on his human's arm. It's the cutest thing!

When it's breakfast, Trident meows and purrs :).