She was the outcast of a feral colony and lived her early years in fear and hunger until she was saved by the rescuers and felt love for the first time. 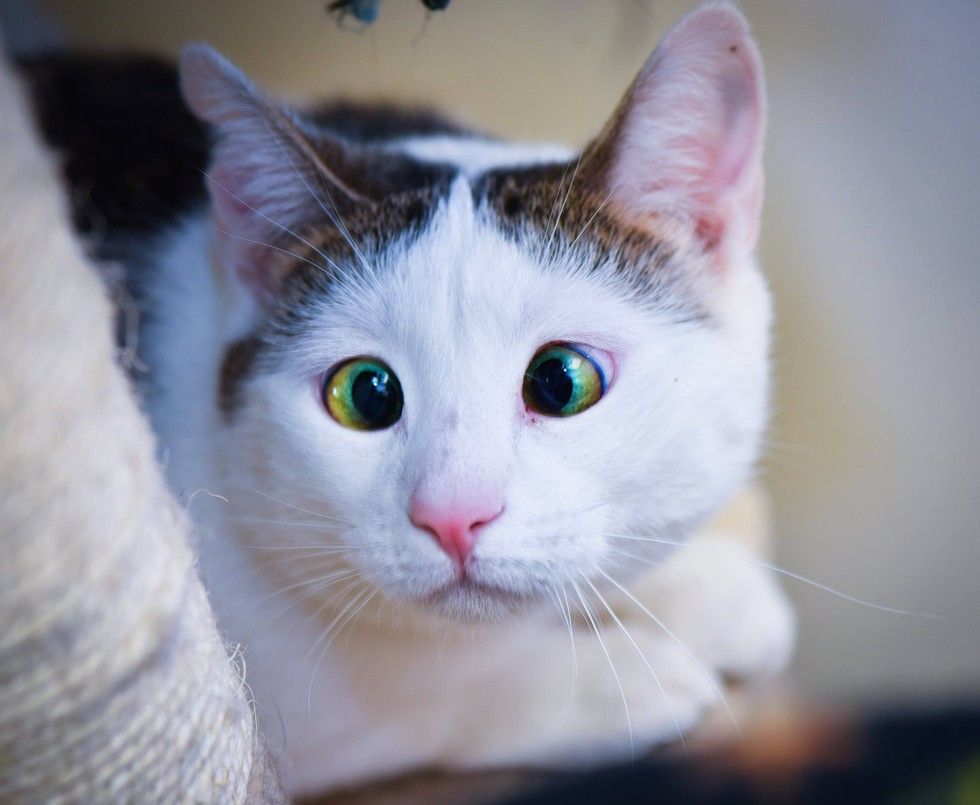 There is so much charm and quirks in these beautiful eyes. But before Bubbles the cat was found by the rescuers, she was living her days in fear.

"The tiny cat was the outcast of a feral cat colony. The other cats took to pummeling our little girl, preventing her from eating," Tabby's Place, a cat sanctuary in Ringoes, New Jersey, said.

She was weak, petrified, and lost, wandering on her own until one day she was rescued through the Tabby's Place TNR program and found herself in a new home. "We quickly discovered that Bubbles was indeed very skinny, and she's also quite cross-eyed." 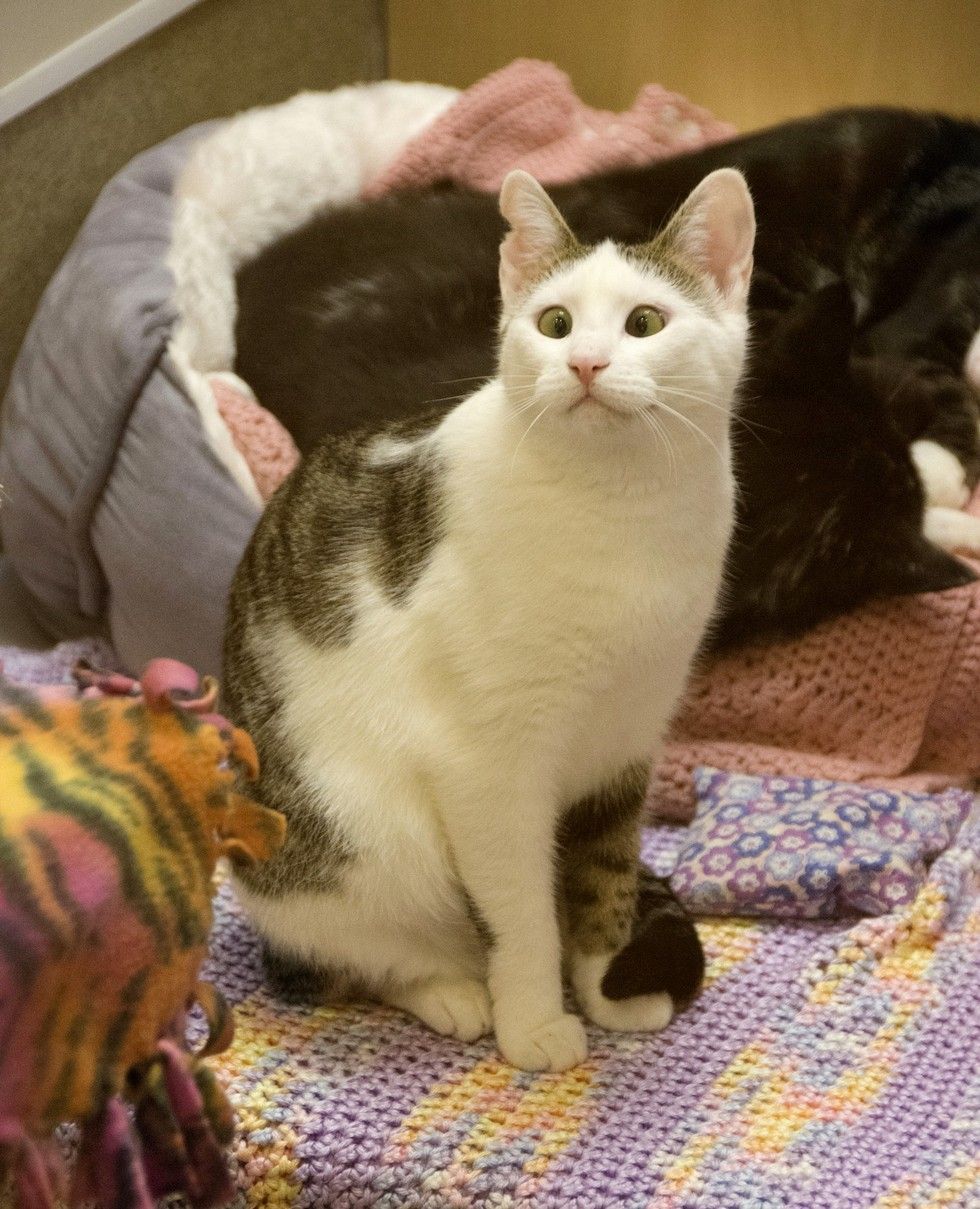 Bubbles was extremely shy and a little leery when she arrived in the sanctuary.

They began to socialize her, one step at a time. 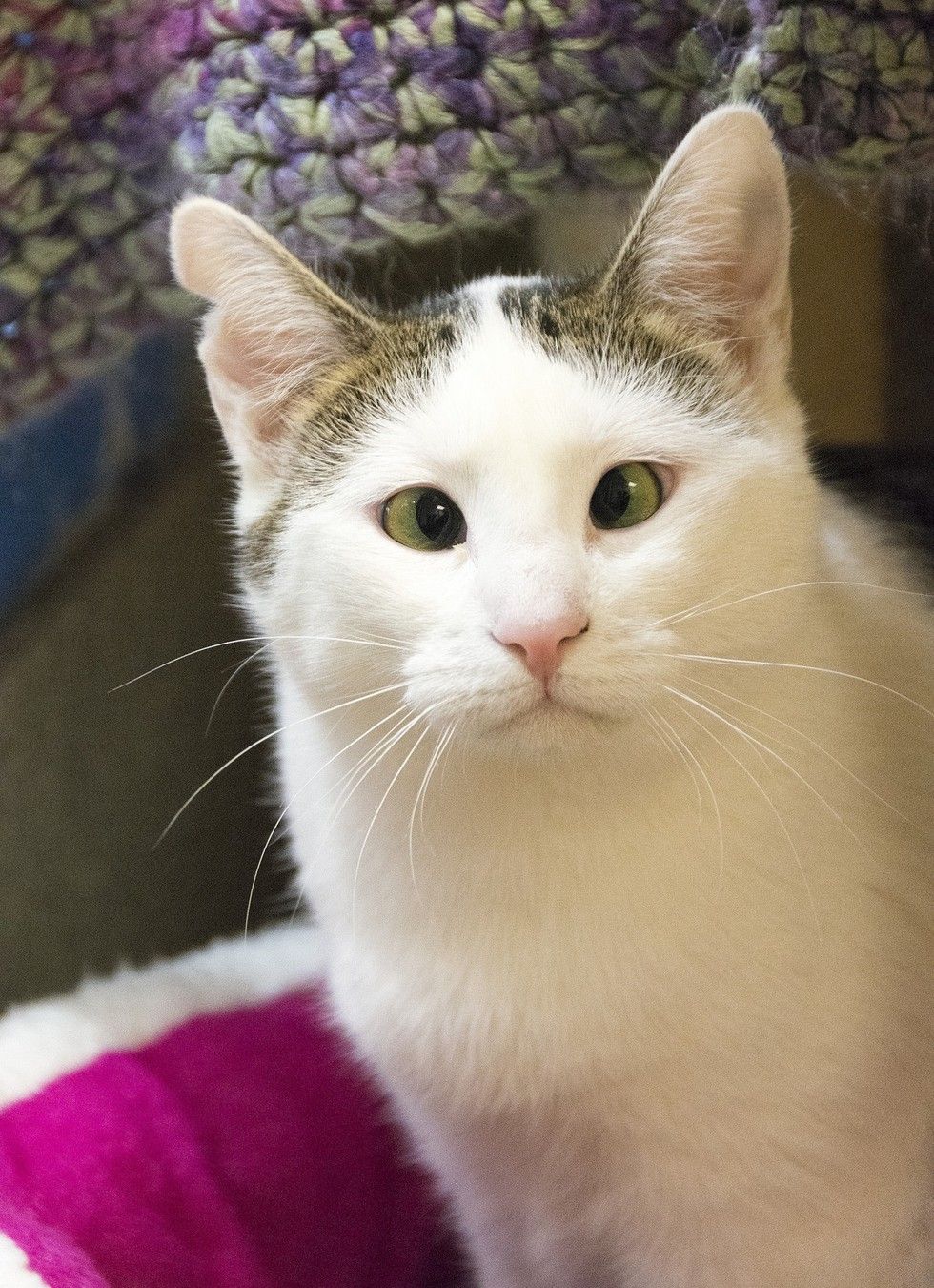 It took her quite time to learn to trust because she spent most of her life fending for herself with little to no human contact.

Slowly but surely, Bubbles began to learn that humans aren't so bad and it makes her happy when they pet her. 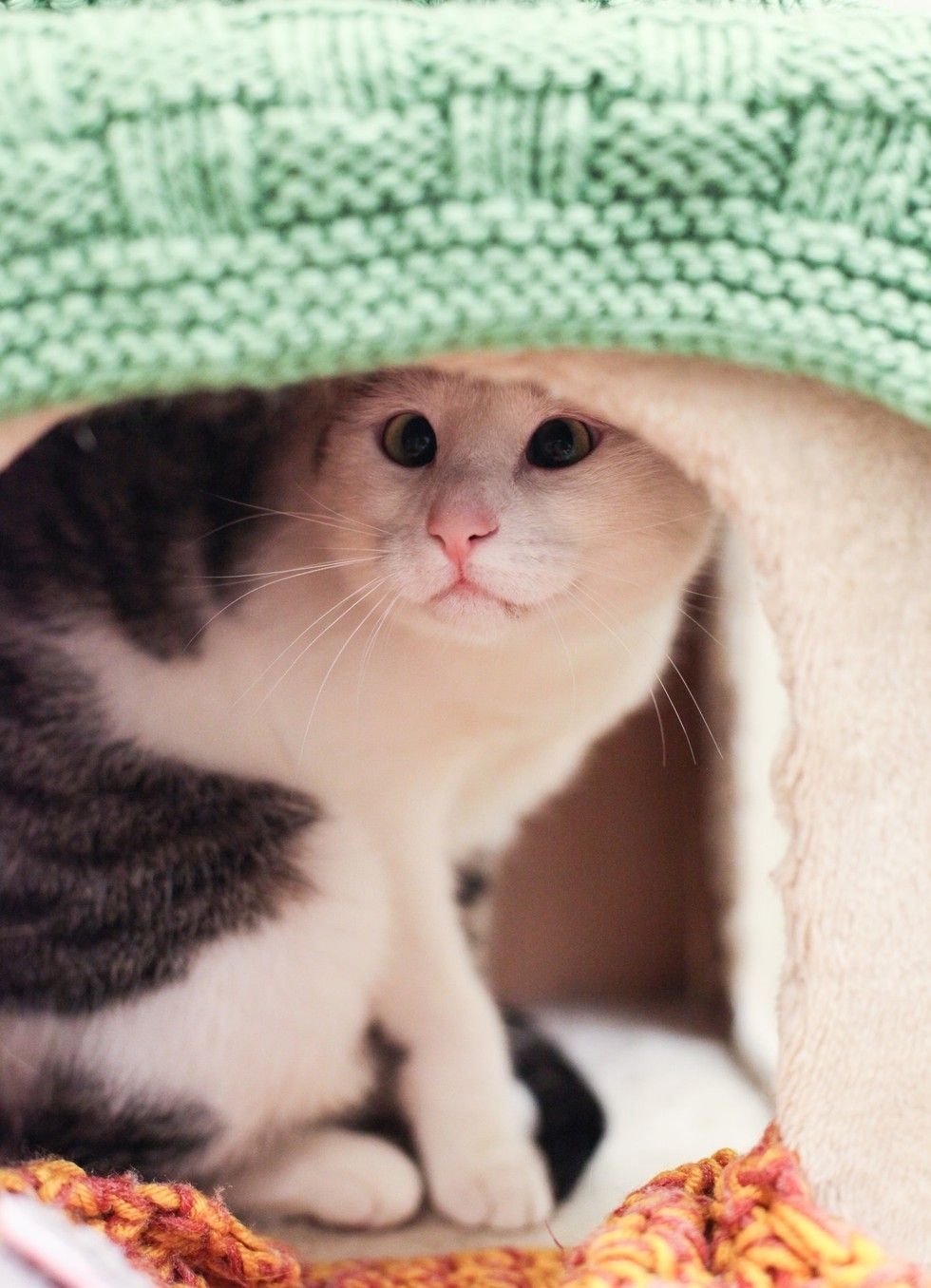 Even after all she's been through, Bubbles befriended other cats at the sanctuary.

She gave her feline suite mates baths and love.

Bubbles had a rough start to life, but with patience, tenderness and love, the gorgeous cross-eyed girl began to see the world differently. 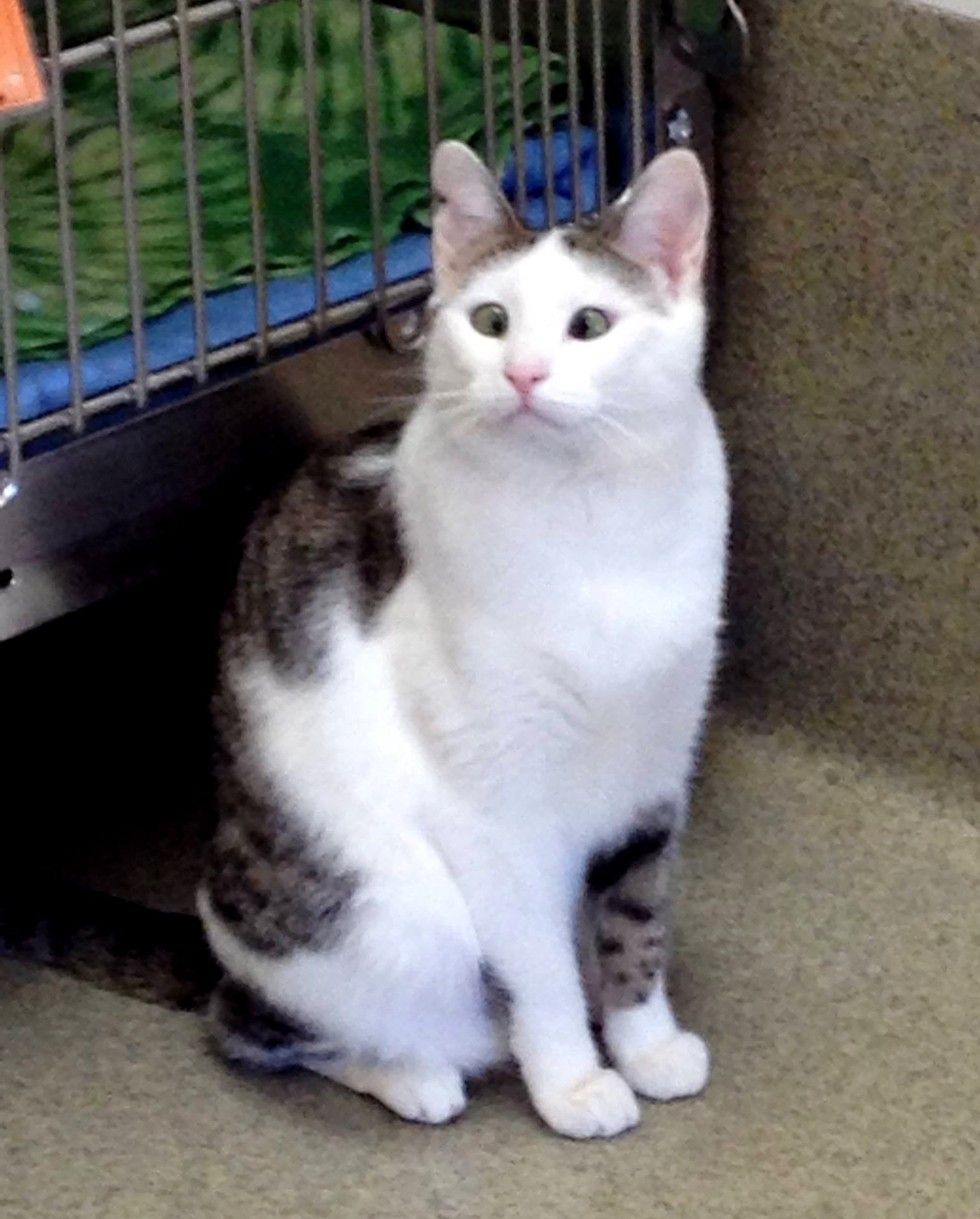 In the weeks that followed, she held her head a bit taller and became more confident around her human friends. 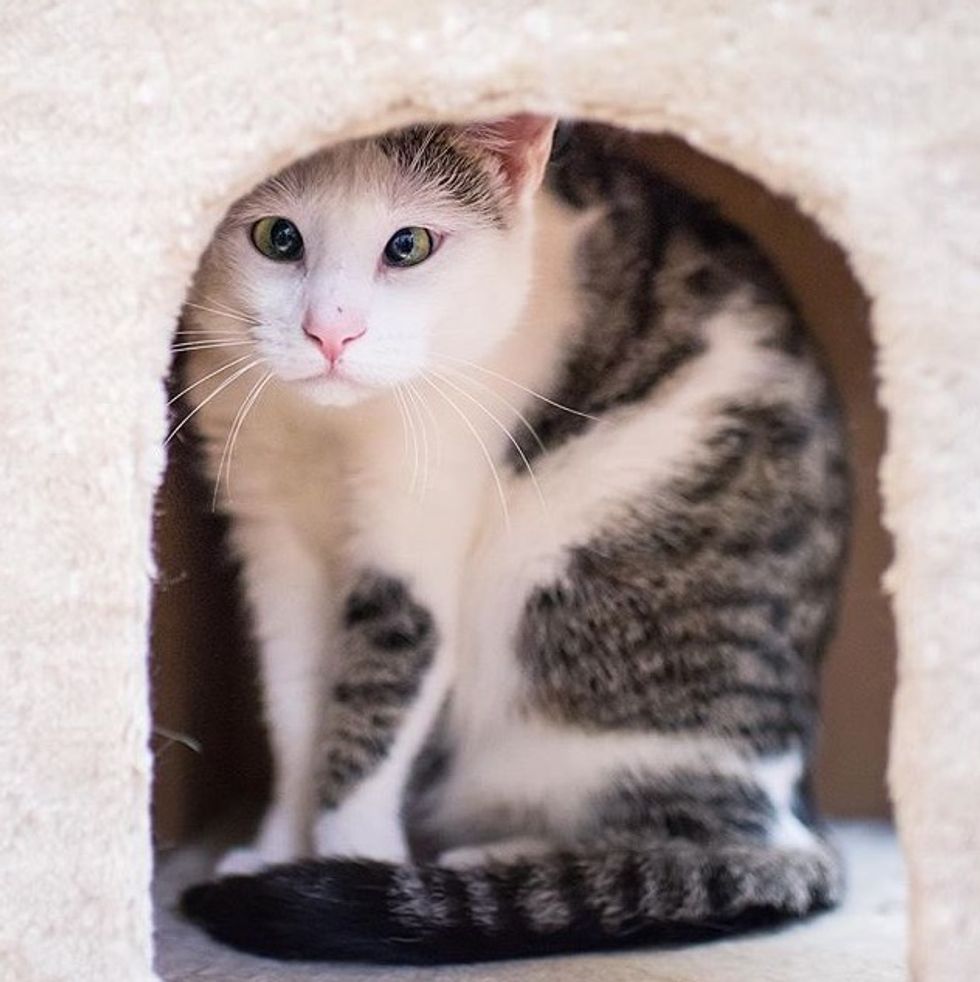 It's been over a year since Bubbles was rescued. The kitty who wouldn't let anyone near her, is now snuggling with her forever humans at a place she calls home.

"She may have crossed eyes, but Bubbles sees clearly now: life is beautiful." 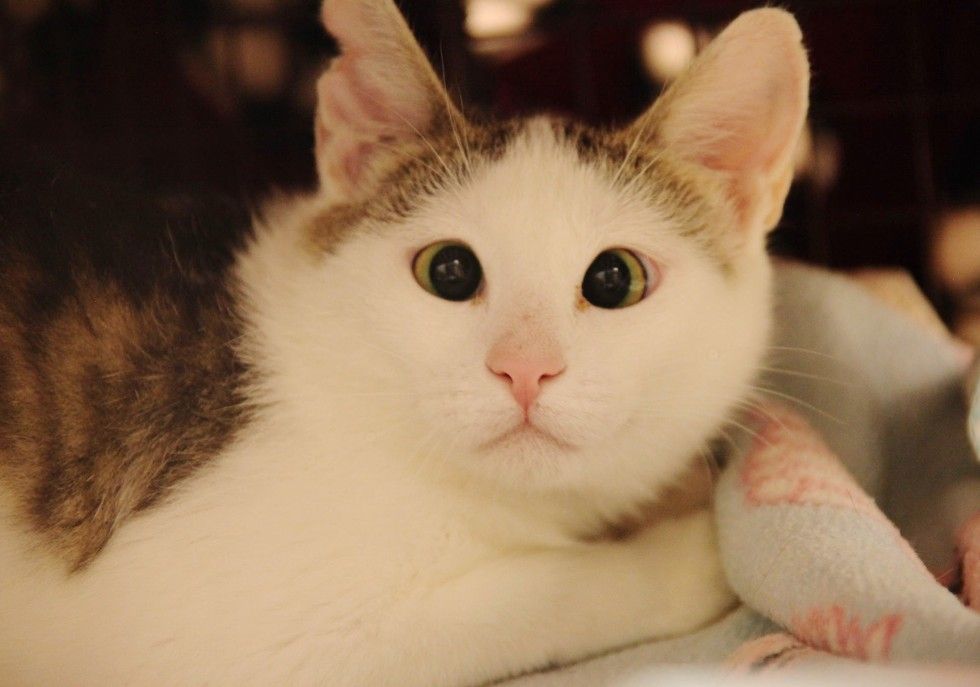