A tiny one-day-old kitten was left behind on the street with his umbilical cord still attached. A kind person brought him home and introduced him to a cat mama and her two kittens. 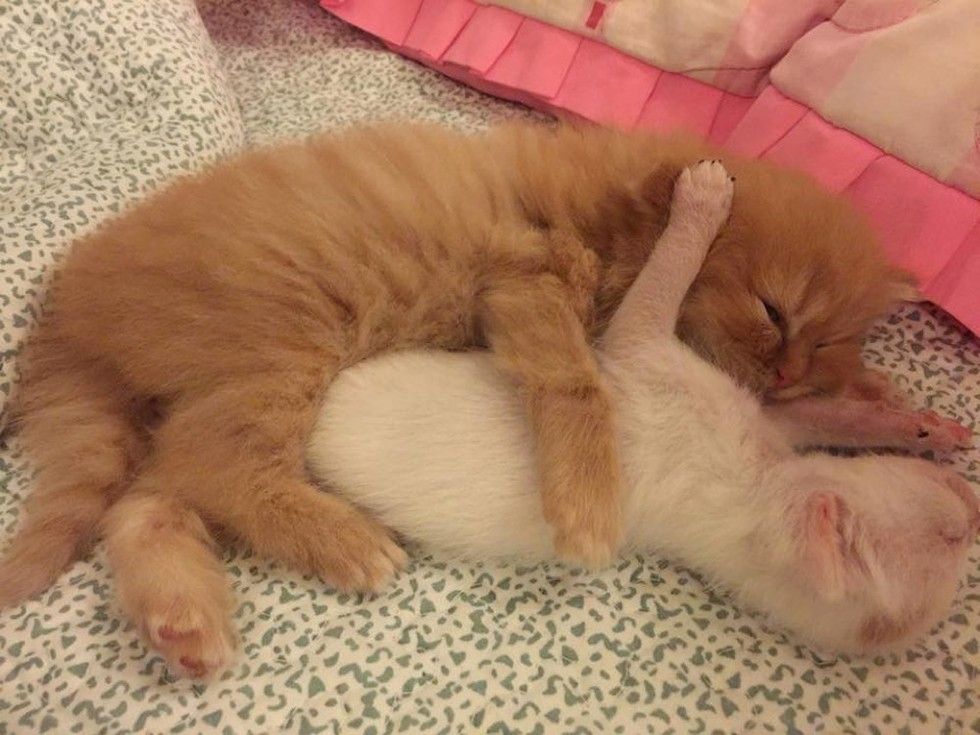 "I found him on the street when I was going to my Bible study. I heard a cry of a newborn cat, and when I saw him my heart really melted," Icel Jacobe told Love Meow.

"He was so tiny and his umbilical cord was still attached. The place where I found the cat was inside the fence of a school."

Jacobe had a nursing cat at her house. When she brought the kitten home, the cat mama started looking for the baby as soon as she heard the tiny cry.

She took the orphaned baby in and gave him a bath. 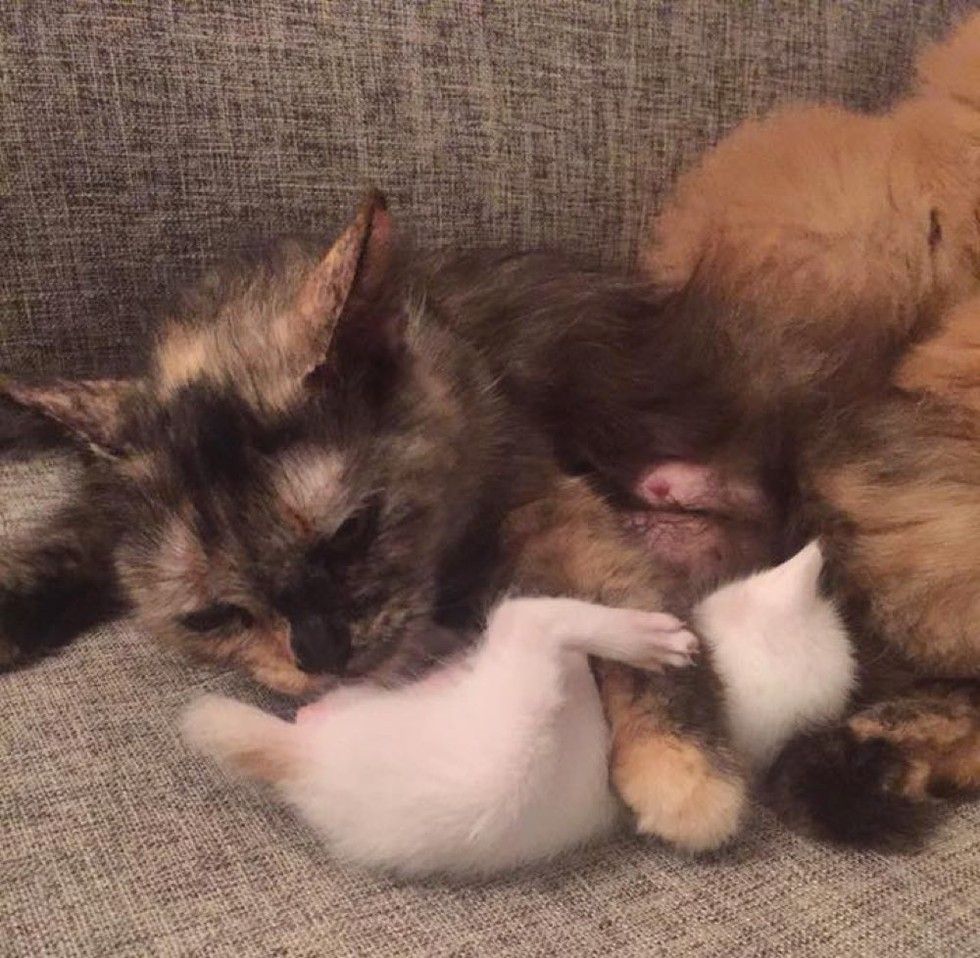 "The mama cat heard the cry of the orphan kitten, and she went straight to him, kissed him and cleaned him. She even cleansed the umbilical cord of the kitten. It really surprised me," Jacobe told Love Meow.

She nursed the tiny fur baby along with her two ginger kittens. "Now she has 3 babies, and her own kittens love their tiny brother like their own."

The kitten was named Tiny! 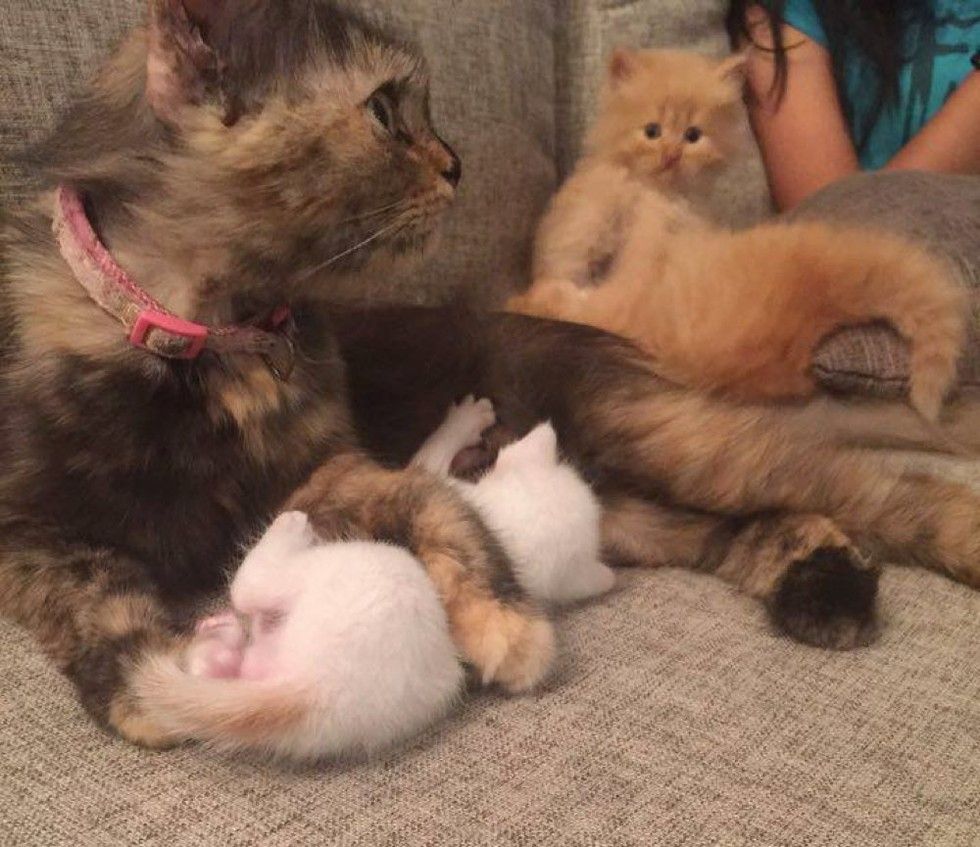 The ginger kitties adore their little adopted brother. One of them is trying to give him a bath. 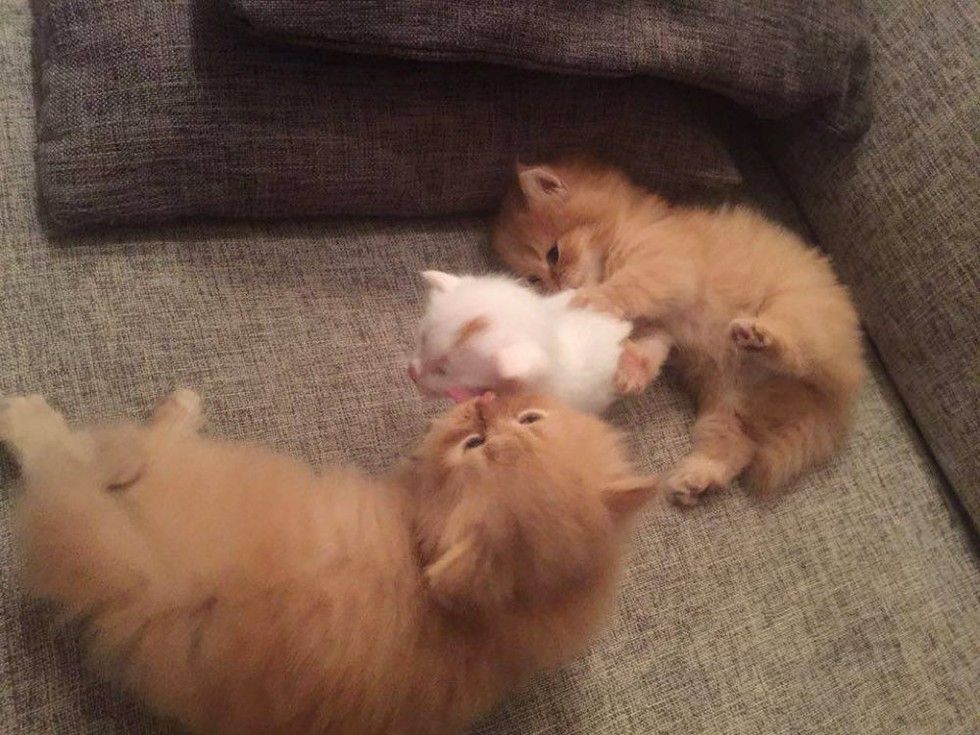 "He is healthy even though he is very tiny. He's found a mother who cares for him. Her love for the orphaned kitten is something very special."

The bigger kittens teach their little brother how to walk and explore. 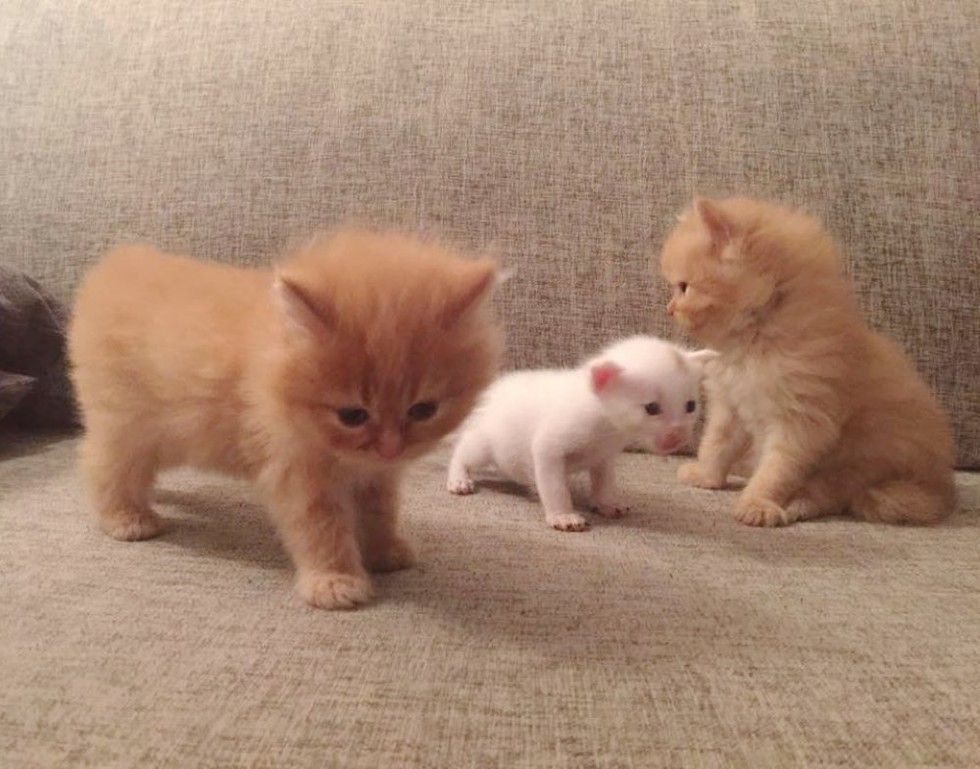 They cuddle and snuggle! 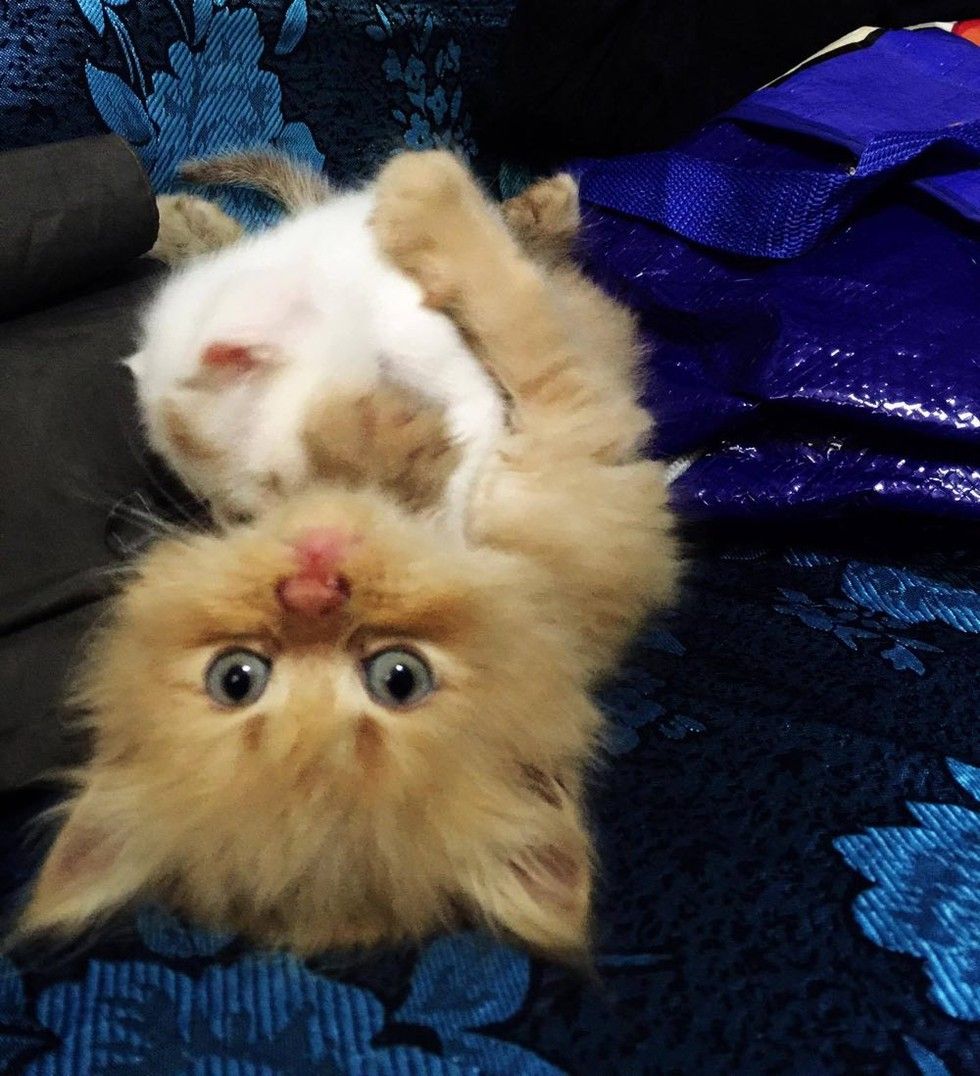 Tiny follows them every where they go. 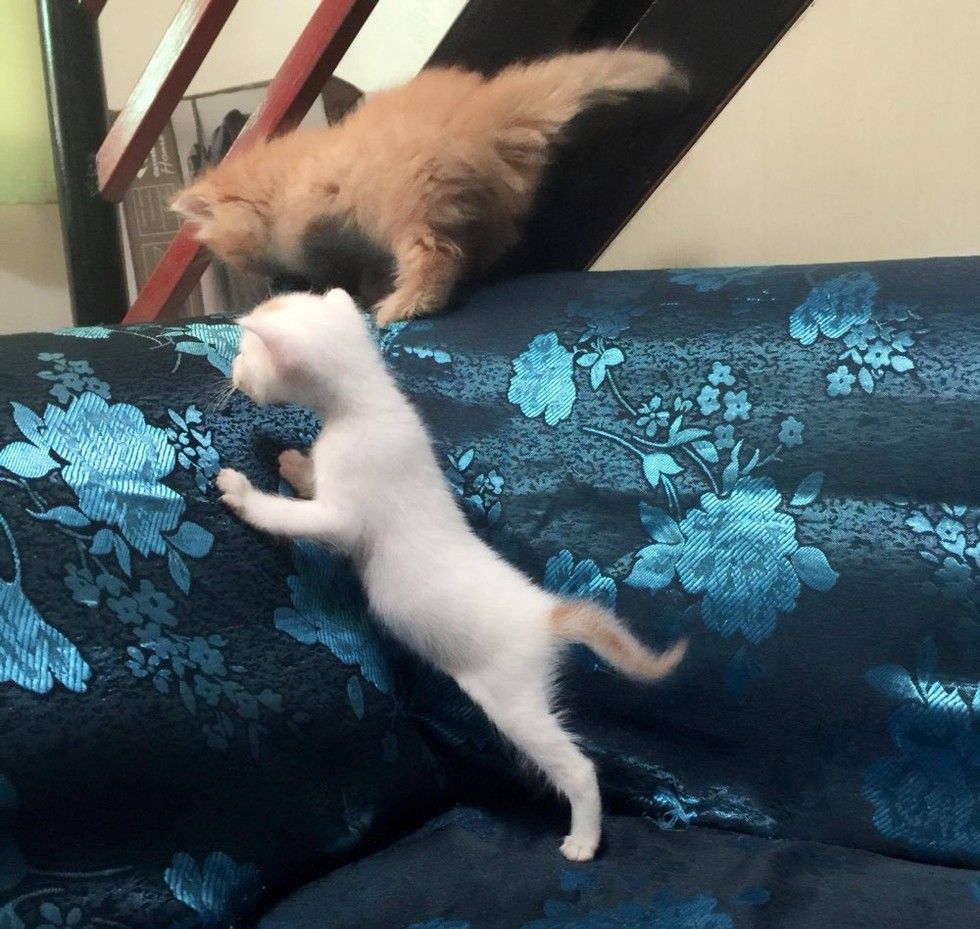 "I'm amazed by the love they have for each other," Jacobe said.

They sensed that the little kitten needed a family and welcomed him in with open arms. 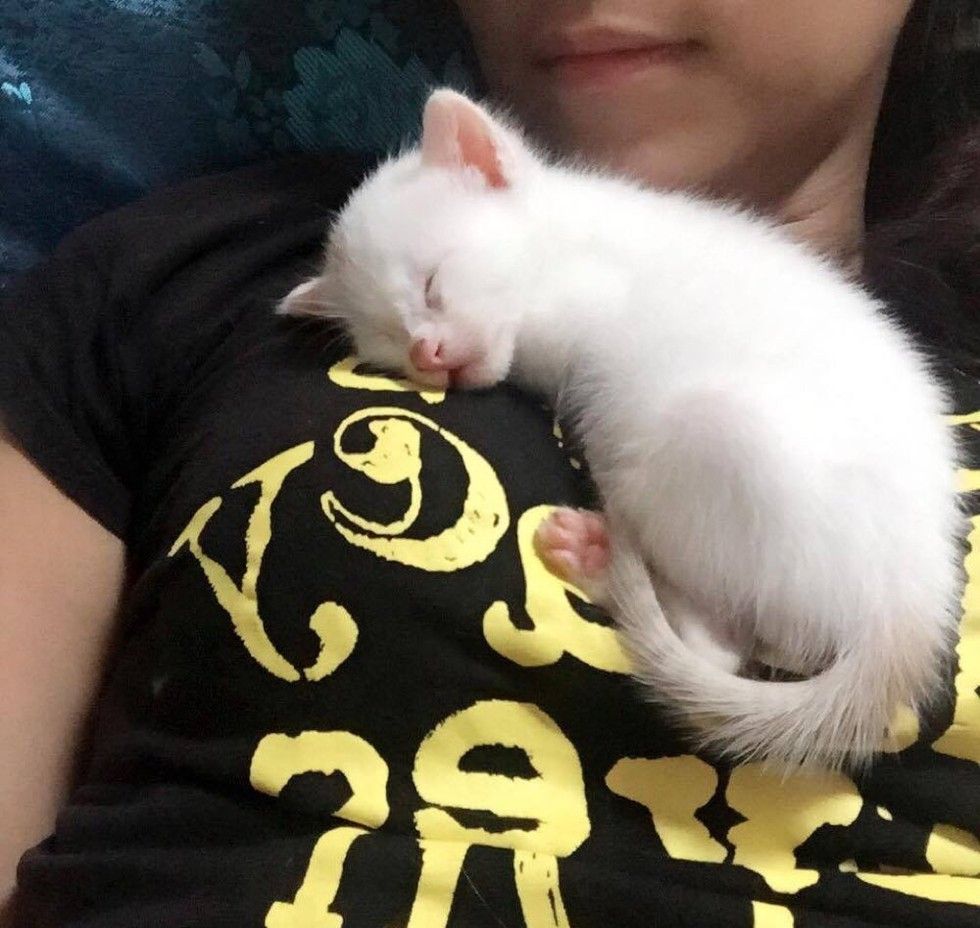 "Even though they are cats, they know how to love and help each other. We can learn a lot from them."