Cat Missing for a Decade Found His Way to His Family After California Fires, Now 2 Months Later.

A cat who went missing a decade ago, found his way back to his family after the recent wildfires that swept through Southern California. Meet Pilot the cat!

Little Pilot came to his family as a kitten in 2004. "He is a very special cat who loved my kids, loved to play in water, and followed us around like a dog," Jennifer Thompson said. 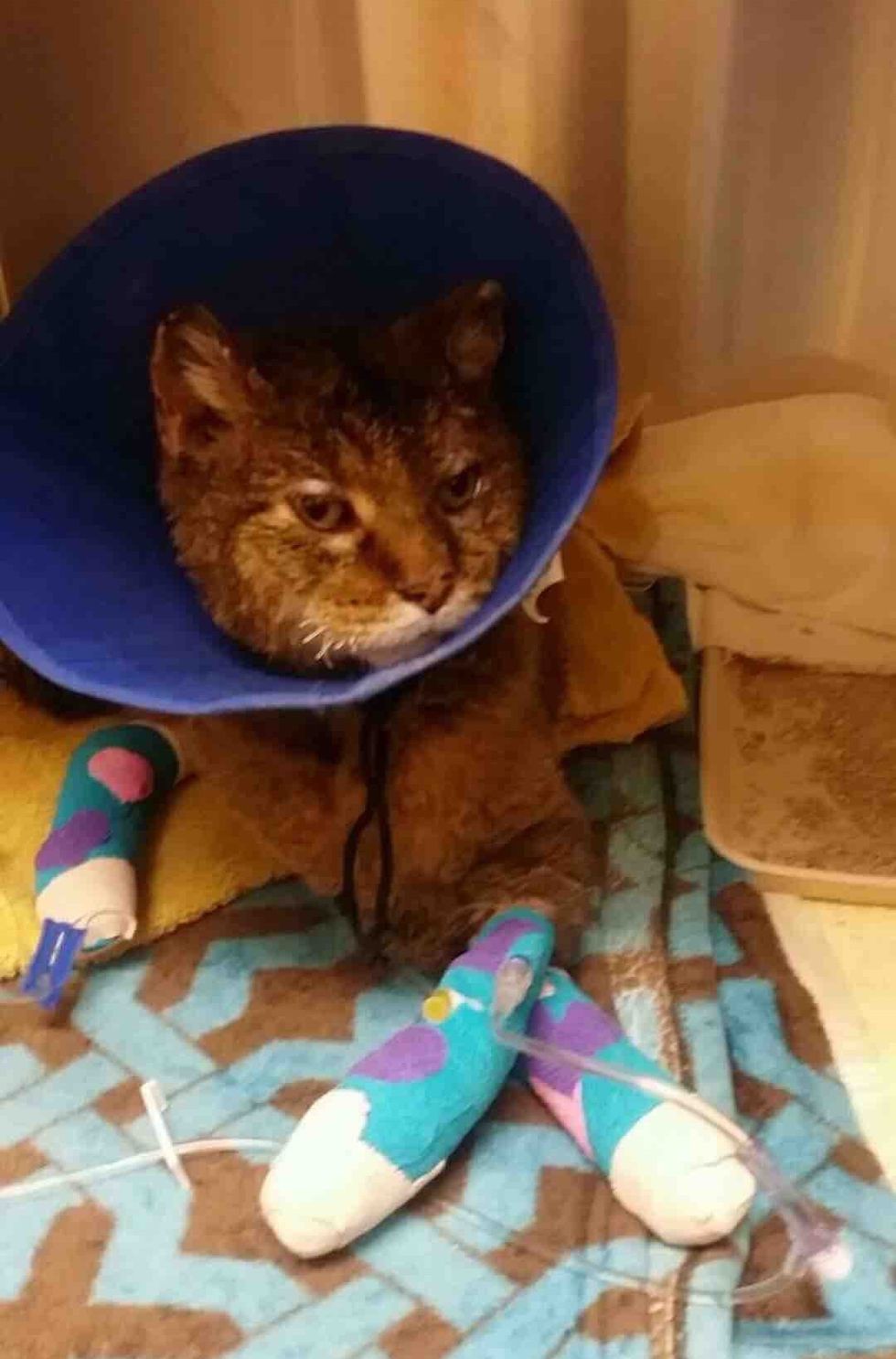 Pilot was three years old when he went missing from his home in Santa Rosa, California. His family was devastated. "He is microchipped and was wearing a collar with a tag… His disappearance was extremely traumatizing to us," Jennifer said via GoFundMe.

After combing through the area and searching for countless days and nights, their beloved cat was nowhere to be found. The family was extremely saddened but hoped someday Pilot would come home.

Fast forward 10 years later, Jennifer received a phone call from a veterinary hospital in California about a cat whose microchip led them to their family.

"Imagine our shock and surprise when he was found on Oct 31st. 10 years after his disappearance. He was severely burned in the Tubbs fire in Santa Rosa, Ca. A Good Samaritan found him and took him to Petcare Veterinary Hospital for treatment." 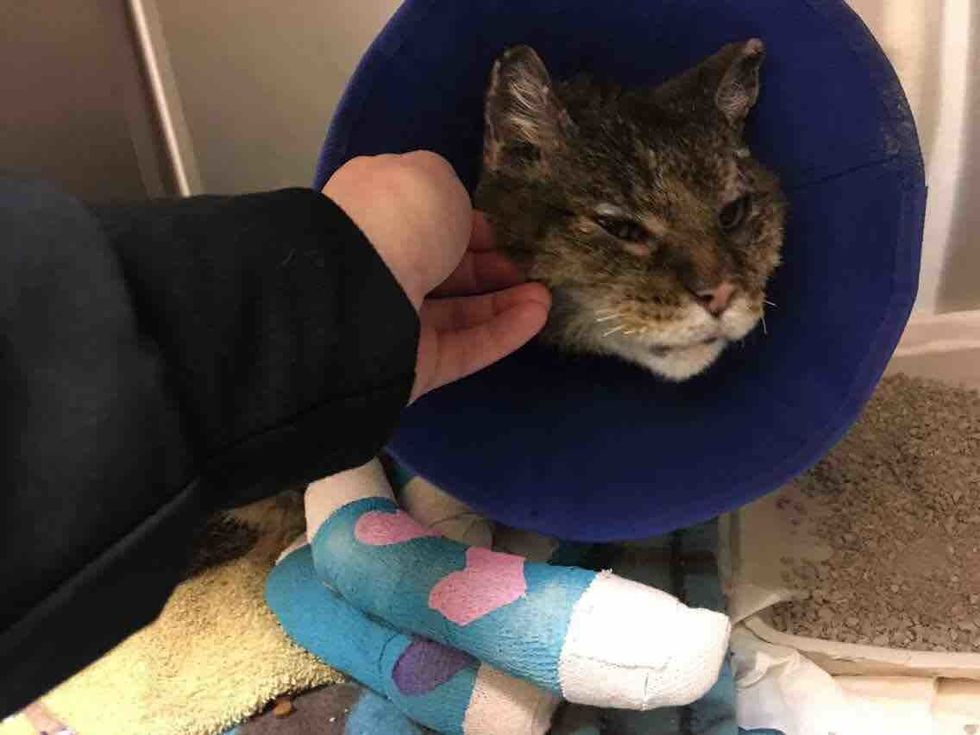 The family is now living in Colorado. Jennifer bought a plane ticket to fly out to California the following week to be reunited with their cat. Pilot had to go through intense treatment for burns on his paws and ears but the brave kitty was in good spirits.

"Pilot had been burned like this for over two weeks. He'd been out there on his own and he somehow made it with very little food and water. He was dehydrated and starving. And yet he kept going. He got excited and wanted to be petted and loved on the moment someone opened his cage door at the veterinary hospital." 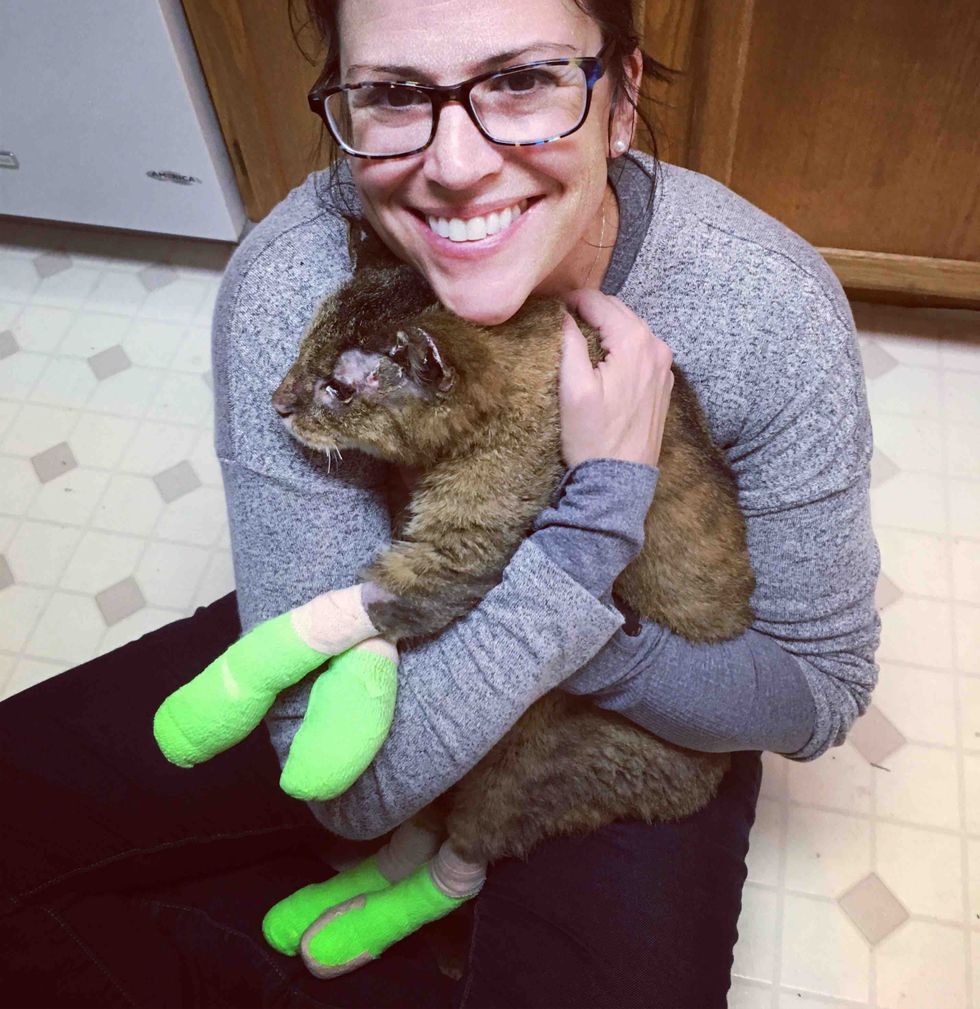 Pilot was not ready to give up and his family was fighting along with him. When Jennifer made it to California, she rushed to the hospital to be reunited with her cat.

"He was asleep when I walked into the hospital ward at Petcare and immediately raised his head and turned around when he heard my voice. I was overjoyed and the tears were flowing. I have no doubt that he remembered me." 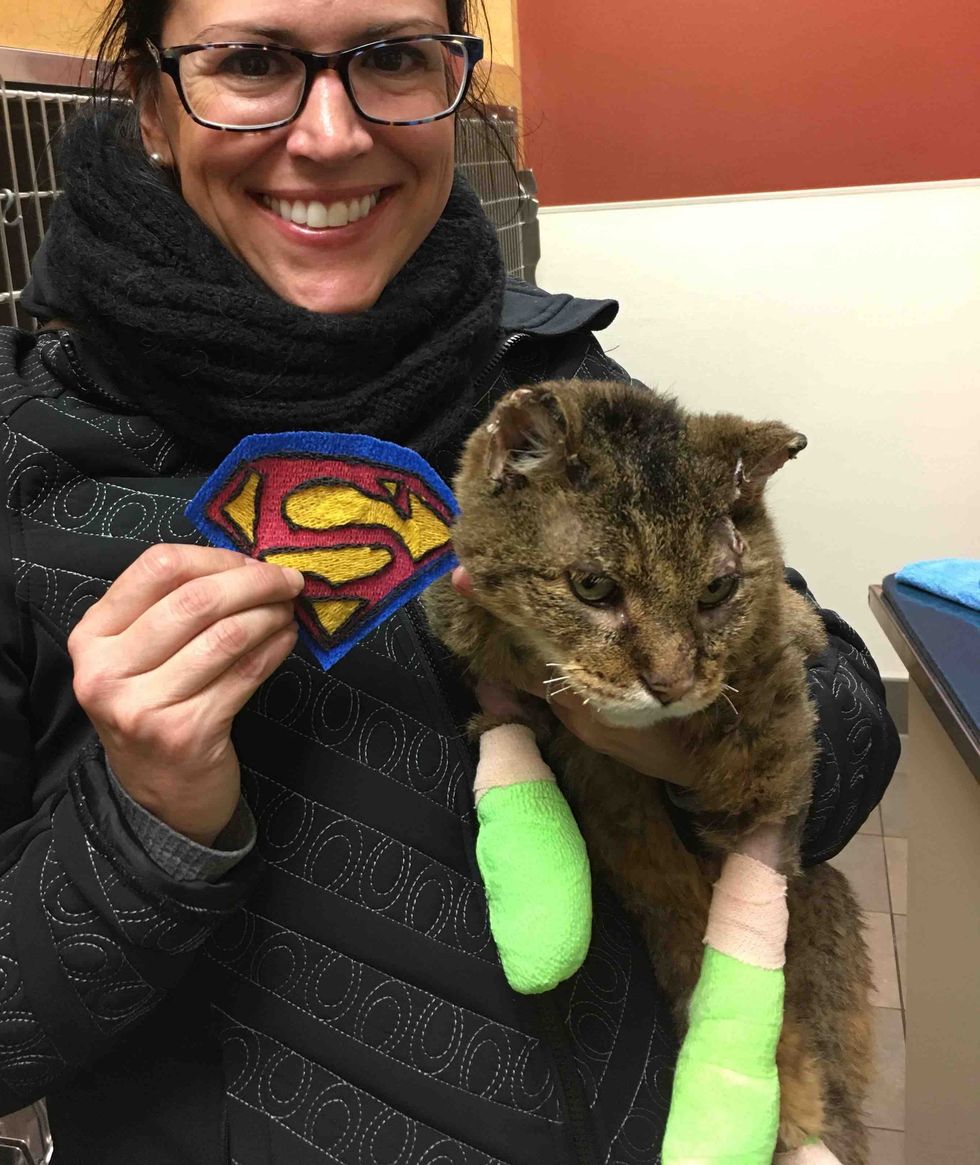 Pilot went home with Jennifer to her sister's house at night and returned to the hospital during the day to receive treatment and change his bandages. "He slept in bed with me. I finally felt some peace with this sweet boy next to me. He is still such a snuggle bug. 10 years hasn't changed a thing."

When Pilot got the OK to travel, they flew home to Colorado where Jennifer's daughter was awaiting him. 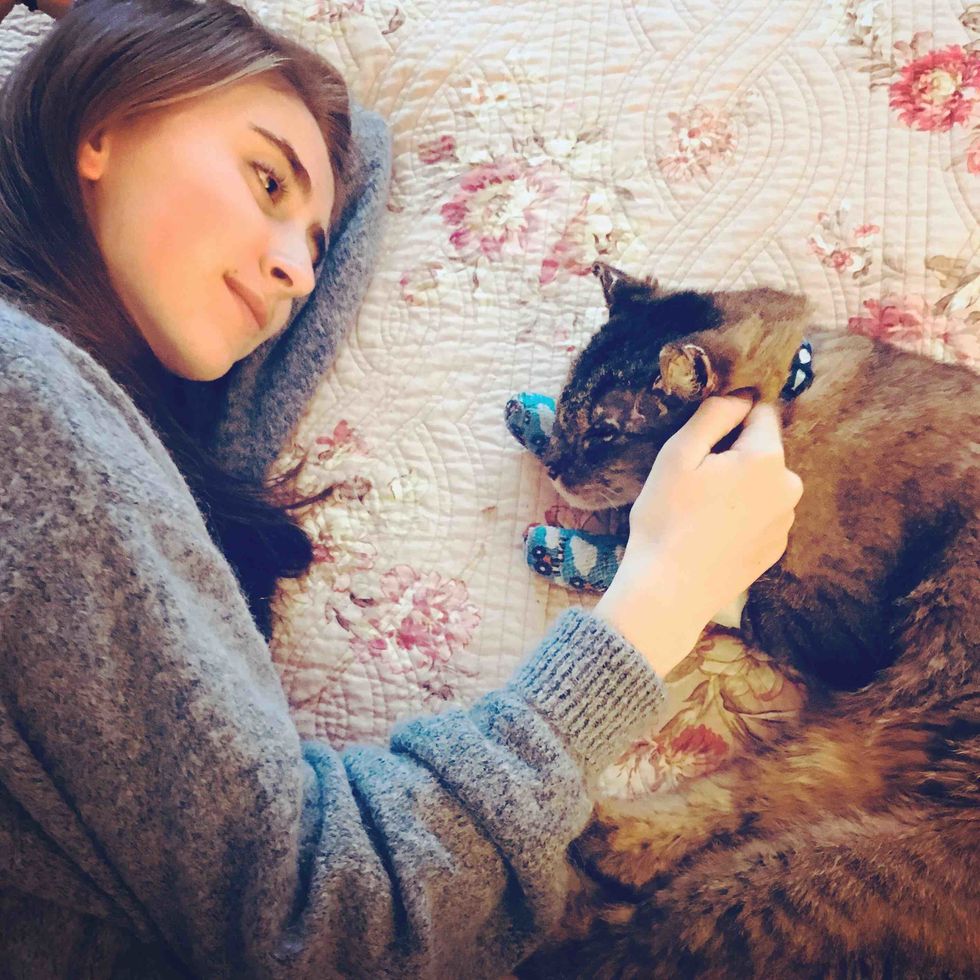 "My daughter was eight years old when Pilot went missing. Like me, she was born a cat person and she had nightmares for a long time because she was so worried about what had happened to him.

"She came in the room and he started chirping away (he has this little chirp that he does) when he saw her and she started talking. It's pretty amazing." 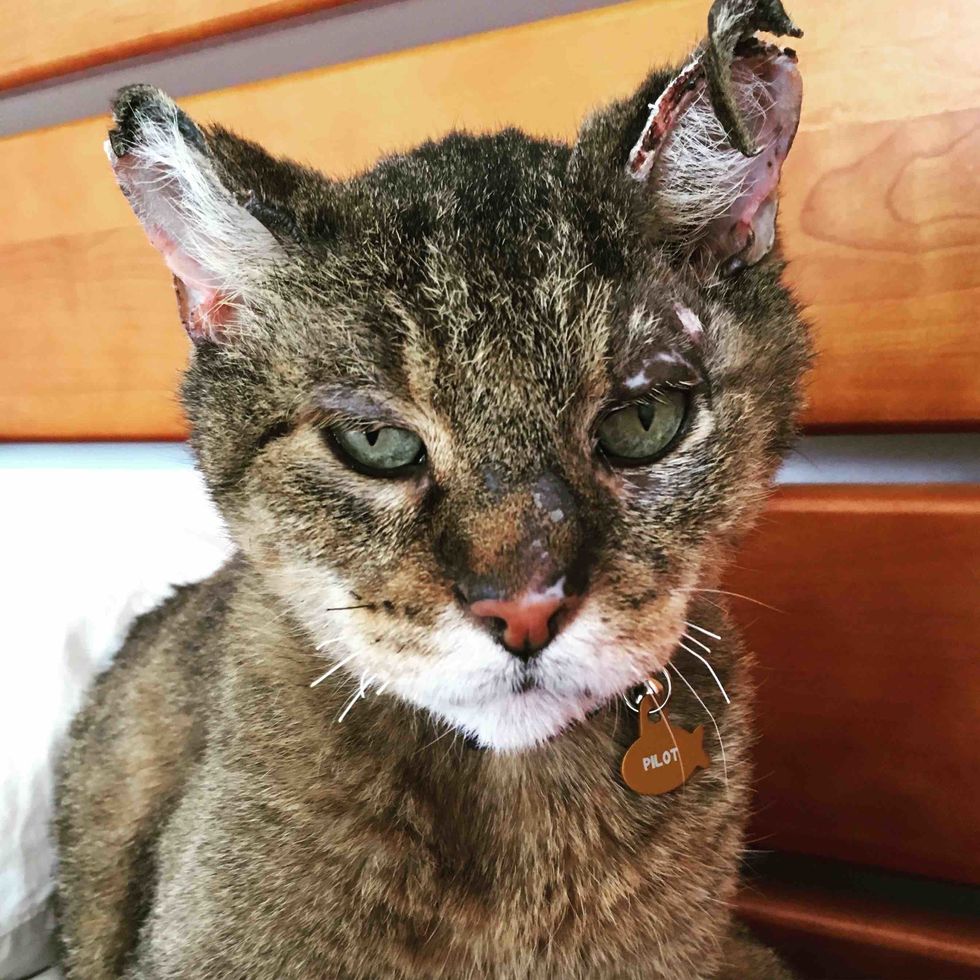 "This is what means the most to me. Our cat is here. He is healing. We are doing whatever we can to help him heal. And he and my daughter are happy.

"Although I'm sad that we lost so much time with him, I'm grateful for the time we have left. We will cherish every single minute." 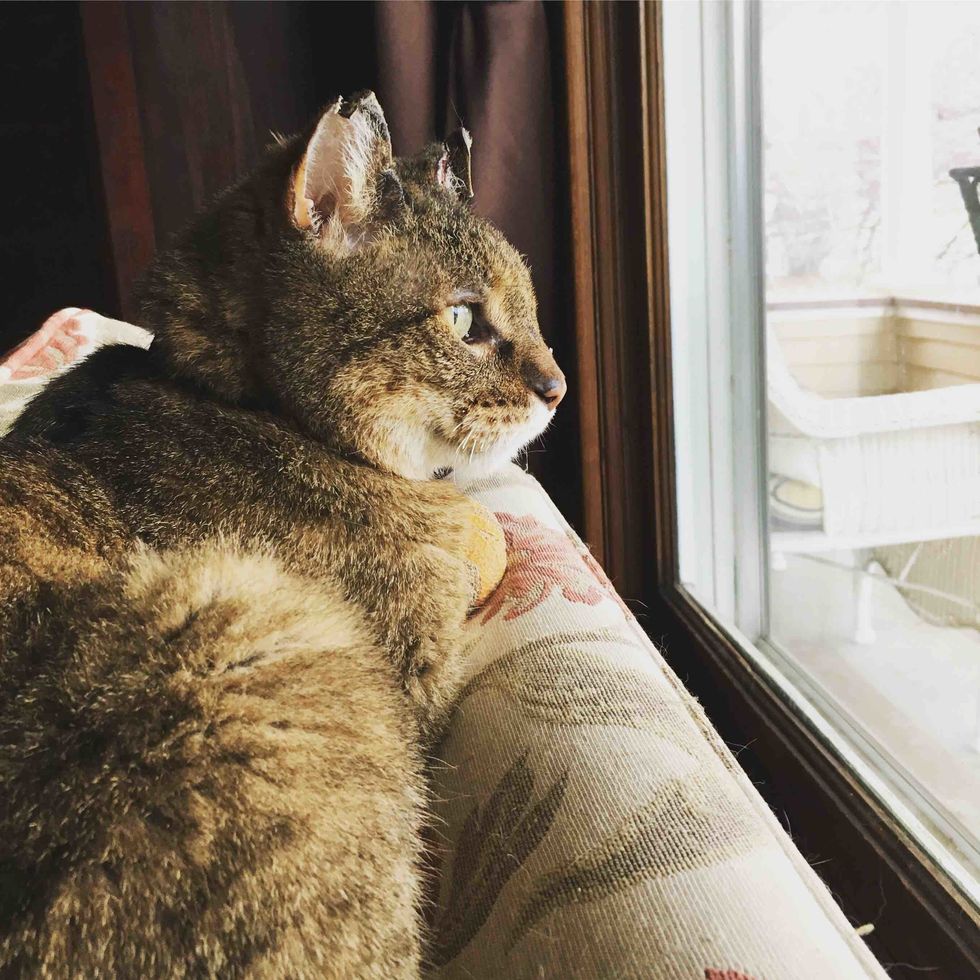 Pilot was just skin and bones when he was found. In a few weeks' time, he put on weight and gained a lot of strength. He began to walk more and more around the house.

"We went into our family room which has a big arm chair next to the window. It's the coveted cat spot in our home. It didn't take him long to find it." 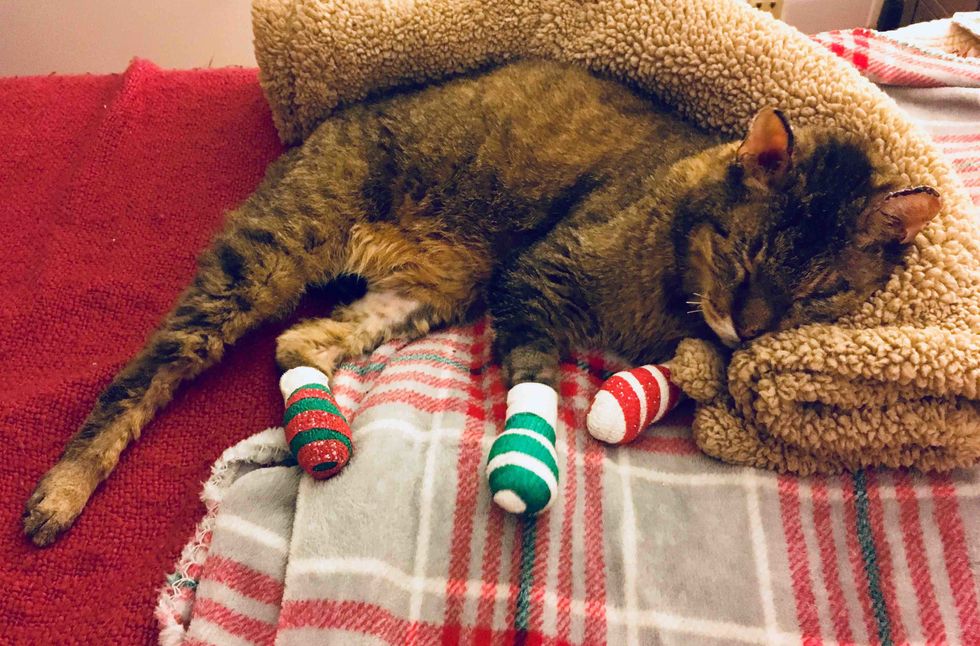 Pilot underwent two surgeries to remove five toes so he could heal completely and get back on his paws.

A month and a half after he was found, Pilot was up to 11 pounds, growing a lot of new whiskers. 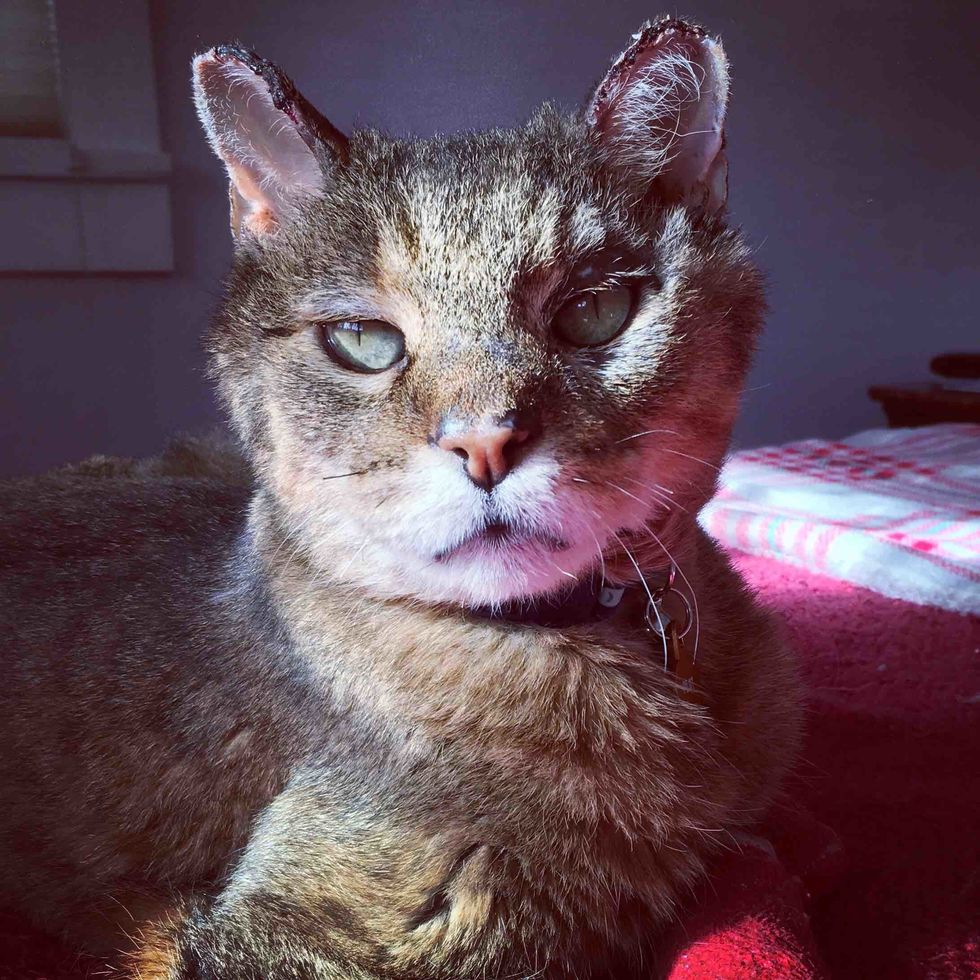 "He is now bandage free which I know he is very happy about. His paws look amazing," Jennifer said in an update.

"They are still quite sensitive but that will just take some time. His burned ears are now almost completely healed as well." 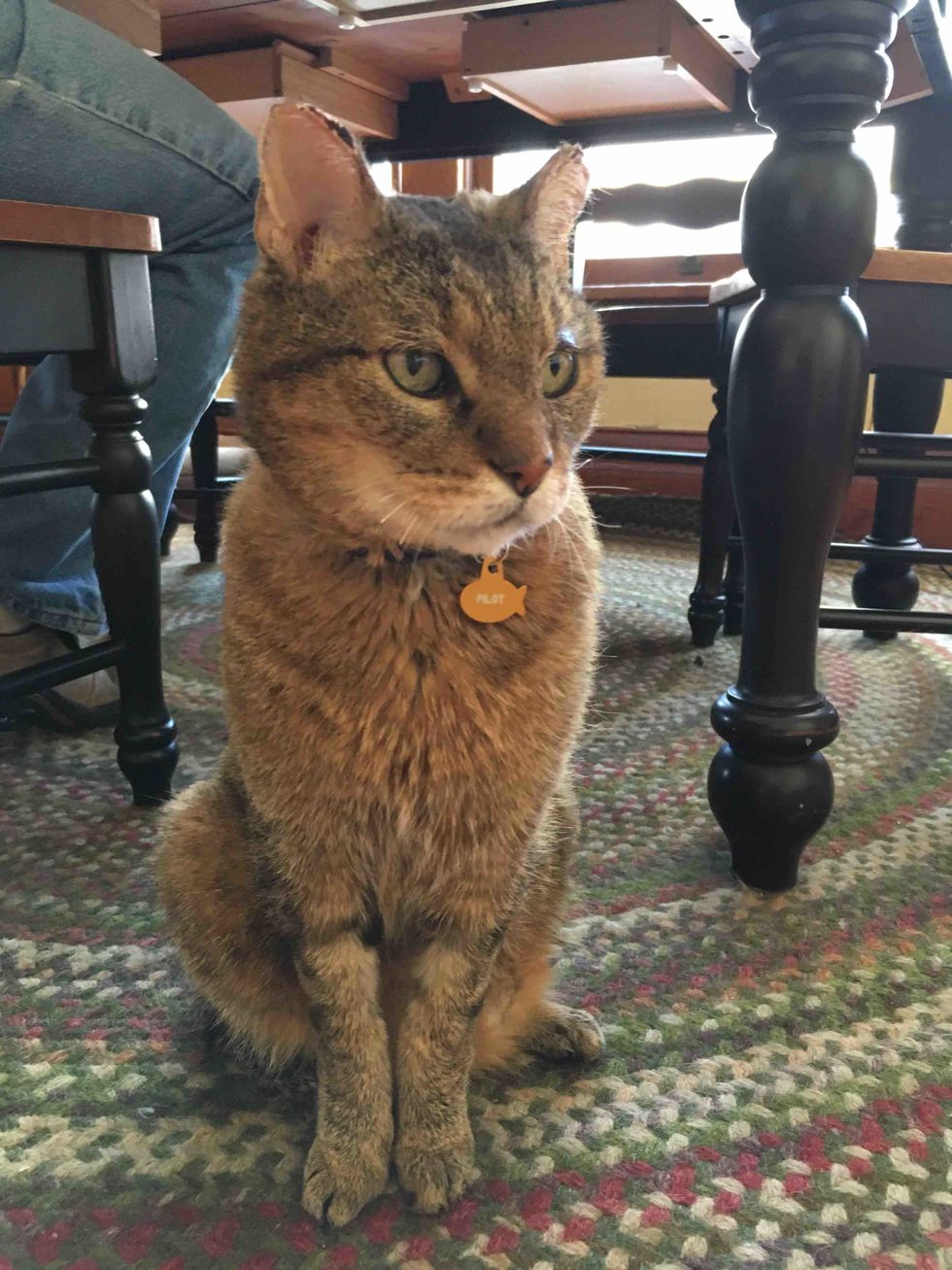 Pilot is getting along well with his new feline siblings and even have started to share nap time with them. 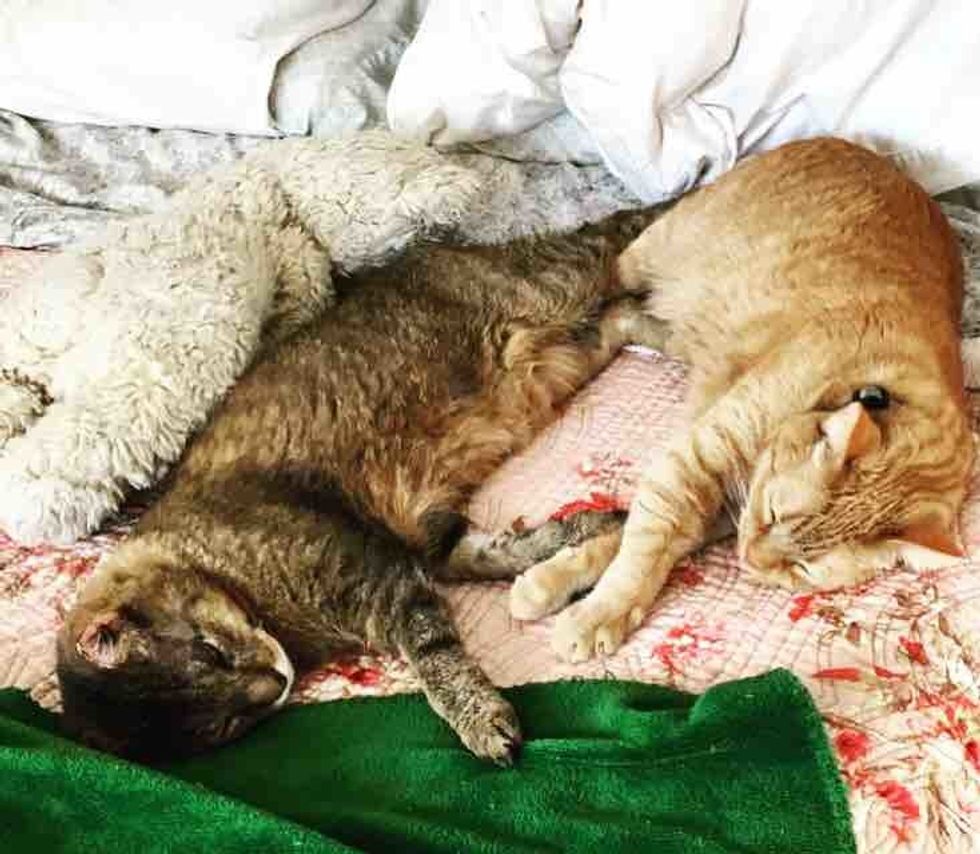 "It's been amazing to see him start to blossom. He's truly a miracle." 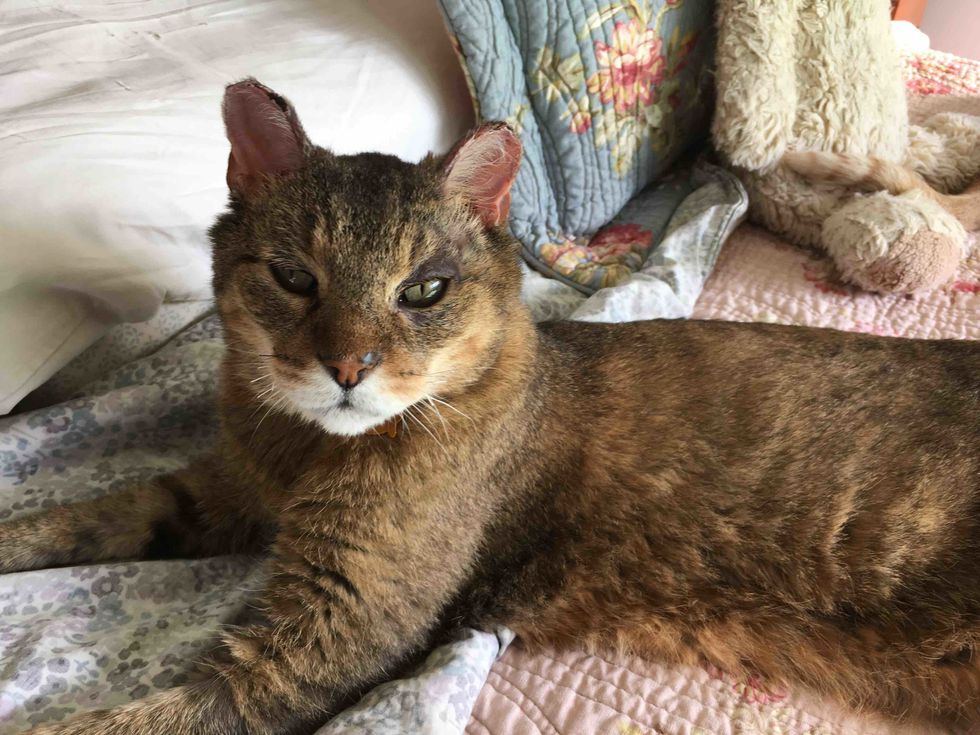