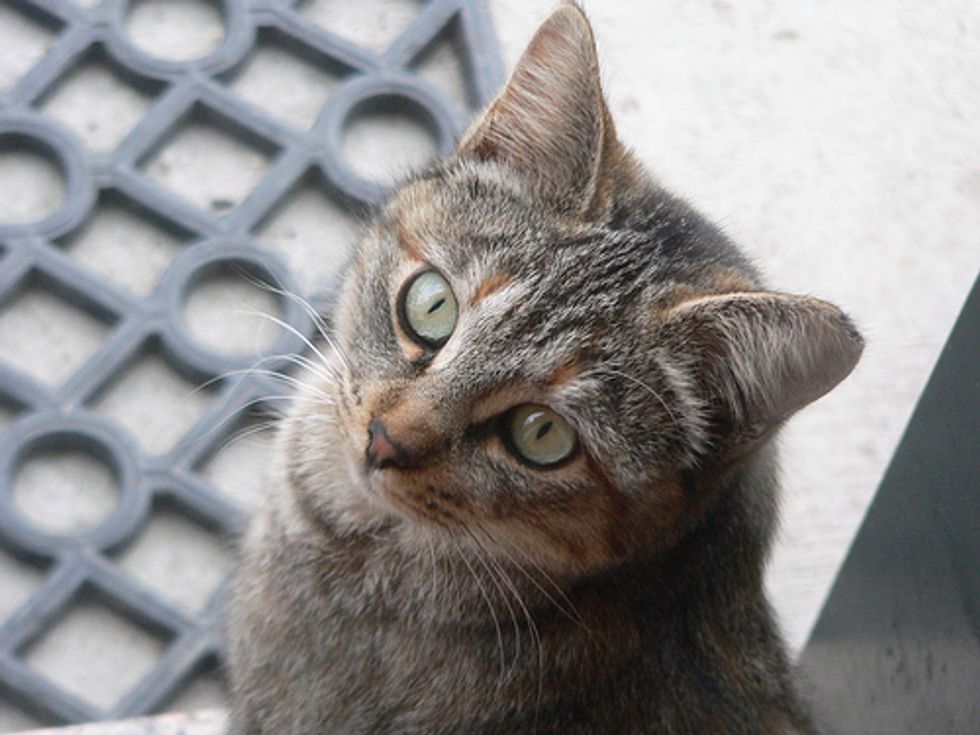 A cat named George was severely burnt during Halloween. His face and paws were charred. His eyes were shut by his wounds, so at the time no one knew if his eyes were still intact. When he was sent to a clinic, an area veterinarian was not sure if he would be able to survive the ordeal, let alone regaining his vision. The vicious act of animal cruelty left the cat disfigured. The vet had to remove parts of the cat's ears in order to prevent infections.

Though no one was convinced that George would be able to survive because his life was hanging on by mere threads, George defied all odds. Not only did he get better in the past three weeks, his wounds are still healing, his eyes are open and he is playful as ever.

Though many people have expressed interest in adopting this little feline, the Toledo Area Humane Society is not sure if they will put George up for adoption. They are considering keeping George as a mascot to show people what animal cruelty can do to these creatures.

Below is a video report on the news. WARNING: the injury shown in the video is very graphic.

Cats have amazing ability to survive treacherous conditions. They are beautiful animals that should be appreciated and loved. Let it be a lesson to all cat owners that we need to give our beloved cats extra protection during the holidays.

If charged with animal cruelty, the sentence can carry up to 90 days in prison and a $1,000 fine. If you have any information about how this animal might have been injured, you can contact the Toledo Area Humane Society.

Indoor Cat Left Outside by Owner for a Month