Cat Saved from Drowning in Flood is Brought Back to Life in Tiny Sweater..

A family saved a tuxedo cat from a relentless storm and got her out of floodwaters in the nick of time.

The kitty's body temperature dropped to a dangerous low, but a tiny sweater brought her back to life. 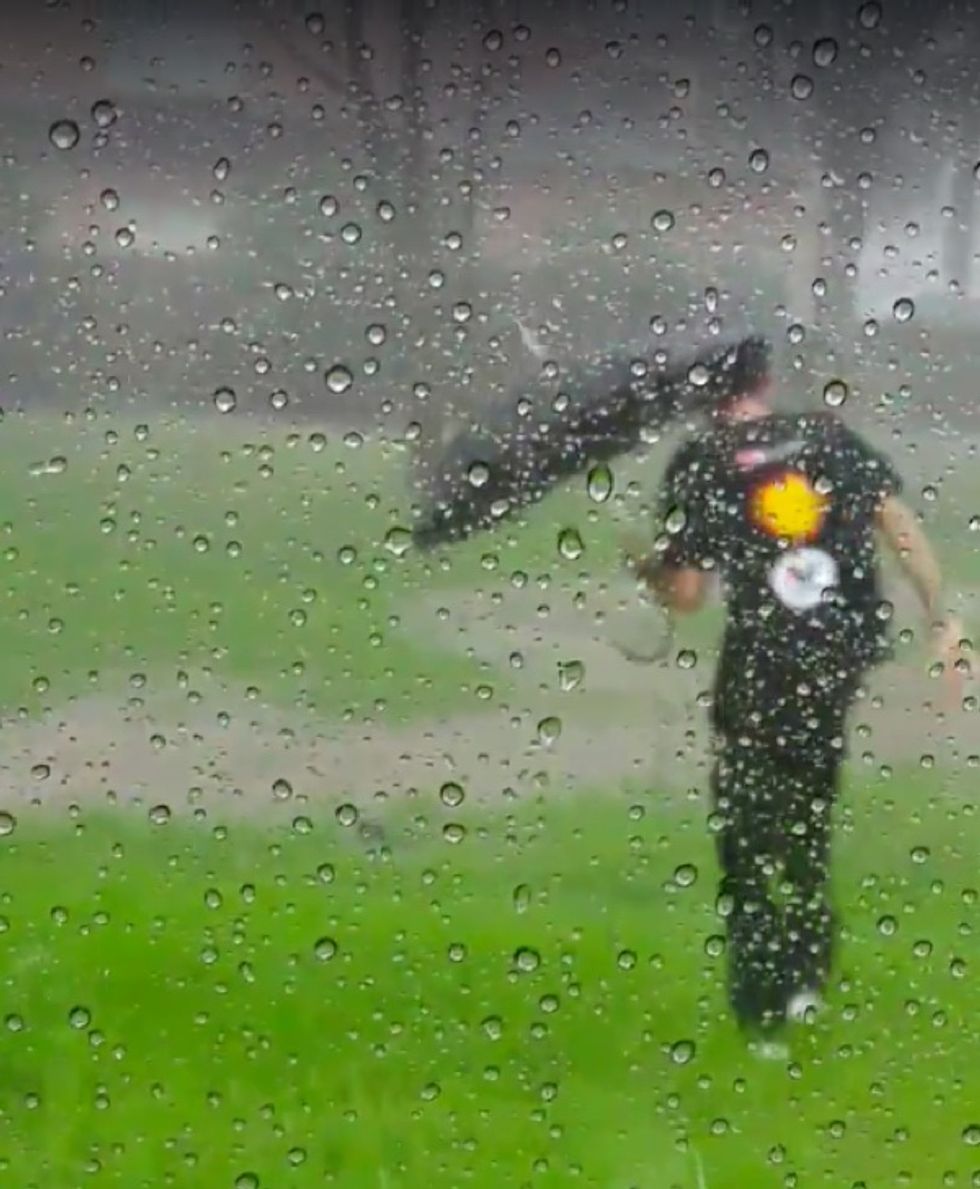 On March 22, thousands of homes in Sydney, Australia were without power as a torrential downpour swept across the city. Mat Dunsdon, Kylie Row and their daughter were driving on the flooded streets. When they reached an intersection, they spotted something moving around struggling in the flood.

It was a cat! "(She was) found almost drowned in the floodway on the corner of Bickley Rd and Timaru Grove South Penrith," Kylie said.

Without hesitation, Mat jumped out of the car to rescue the cat. The rain was so heavy that it could easily flush the feline down the drain if no one was there to save her. 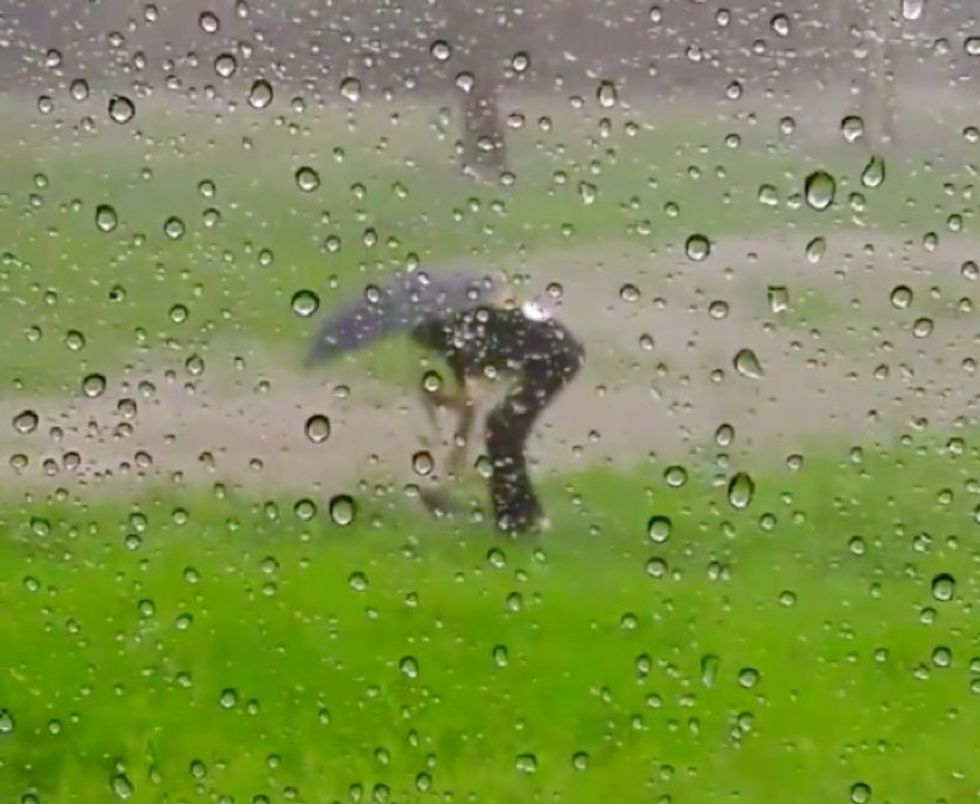 Mat was quickly soaked by the rain water, but he was focused on saving the cat from drowning. He grabbed the kitty by the scruff of the neck and rushed back to the car. "If we arrived 2 to 3 minutes later, this poor cat would never have made it," Kylie said.

Watch the video of the rescue:

The kitty (named Lilly) was terrified while meowing and pleading for help. Once she was in the car, they were off to the vet to get her help.

The sweet little girl was completely drenched in floodwaters. Her body temperature was dangerously low due to hypothermia. 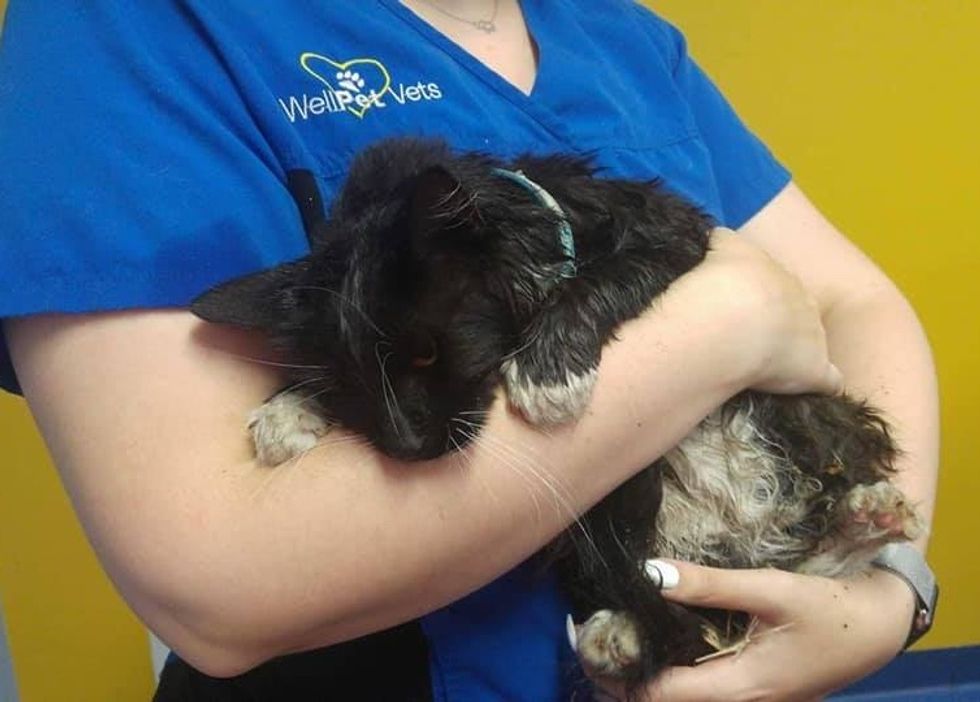 She cuddled in her caretaker's arms, holding on tight while the vet gave her a health exam.

The veterinary team brought the kitty warm blankets to help bring her body temperature back to normal. 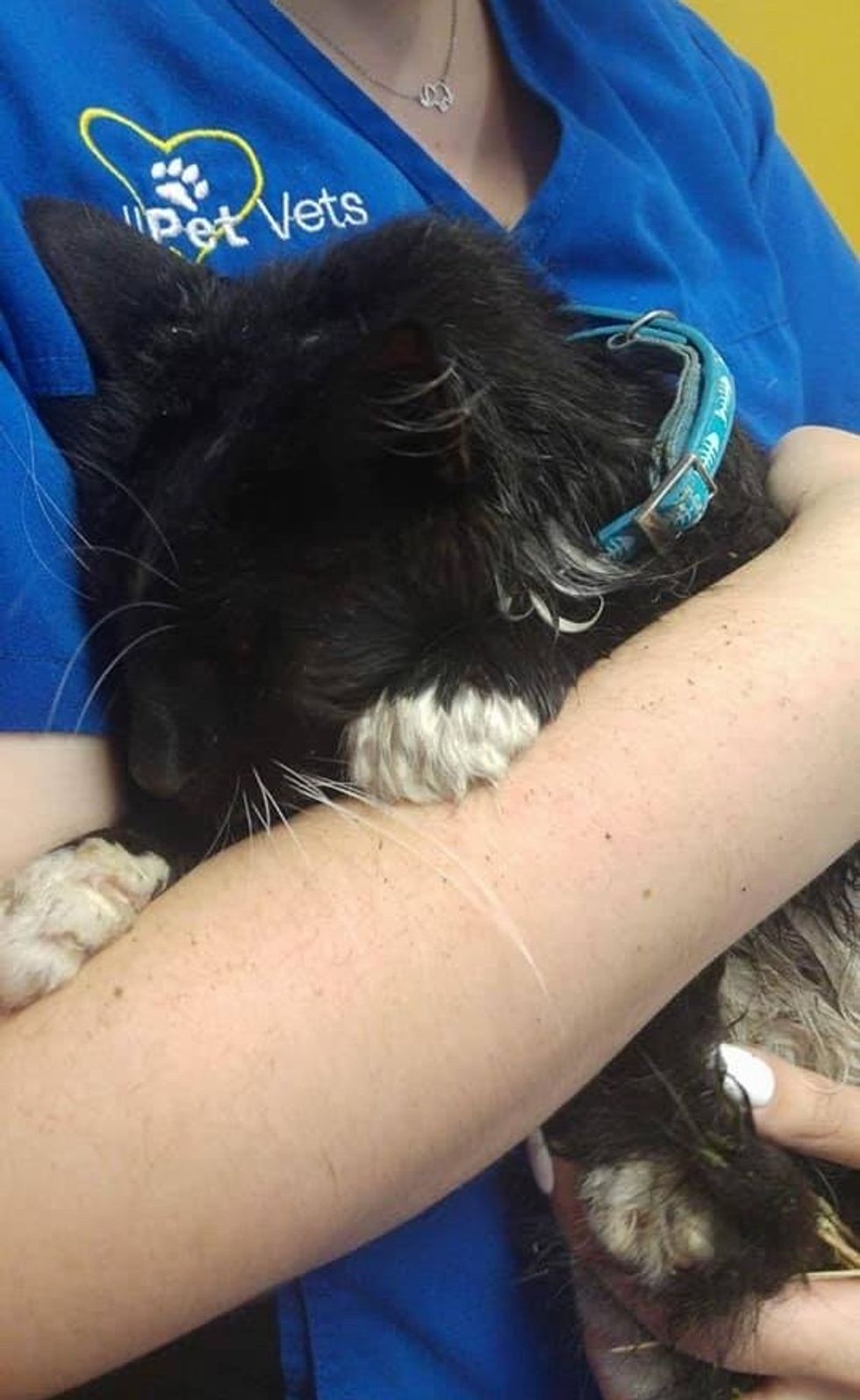 They put her in a tiny jumper topped with a sweater to keep her warm.

The much-needed warmth brought life back into that tiny body, and Lilly was no longer shivering. 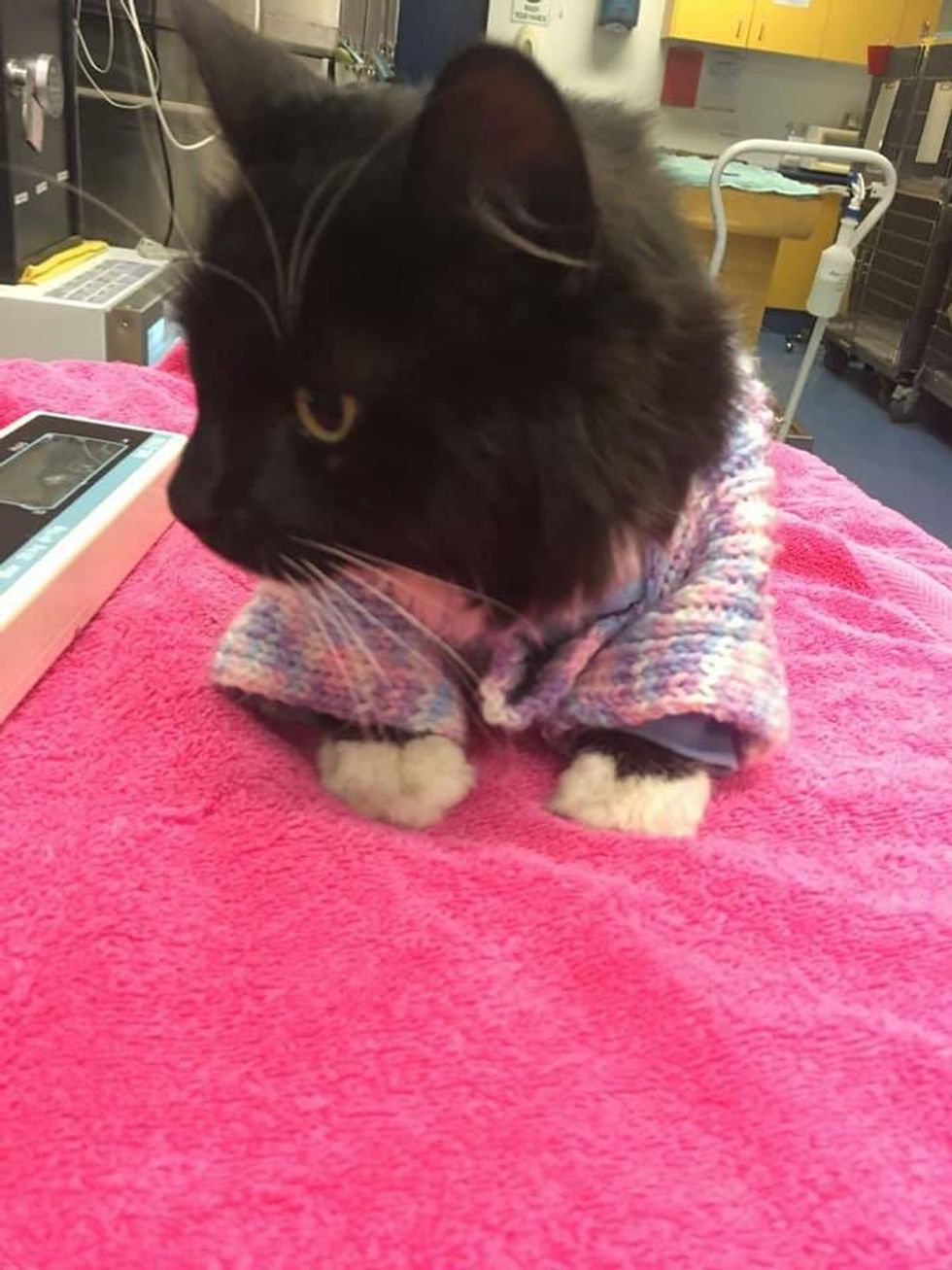 Lilly was finally dry and warm. She was so happy to be safe.

The sweet tuxedo girl thanked the veterinary staff with lots of snuggles and stole their hearts. 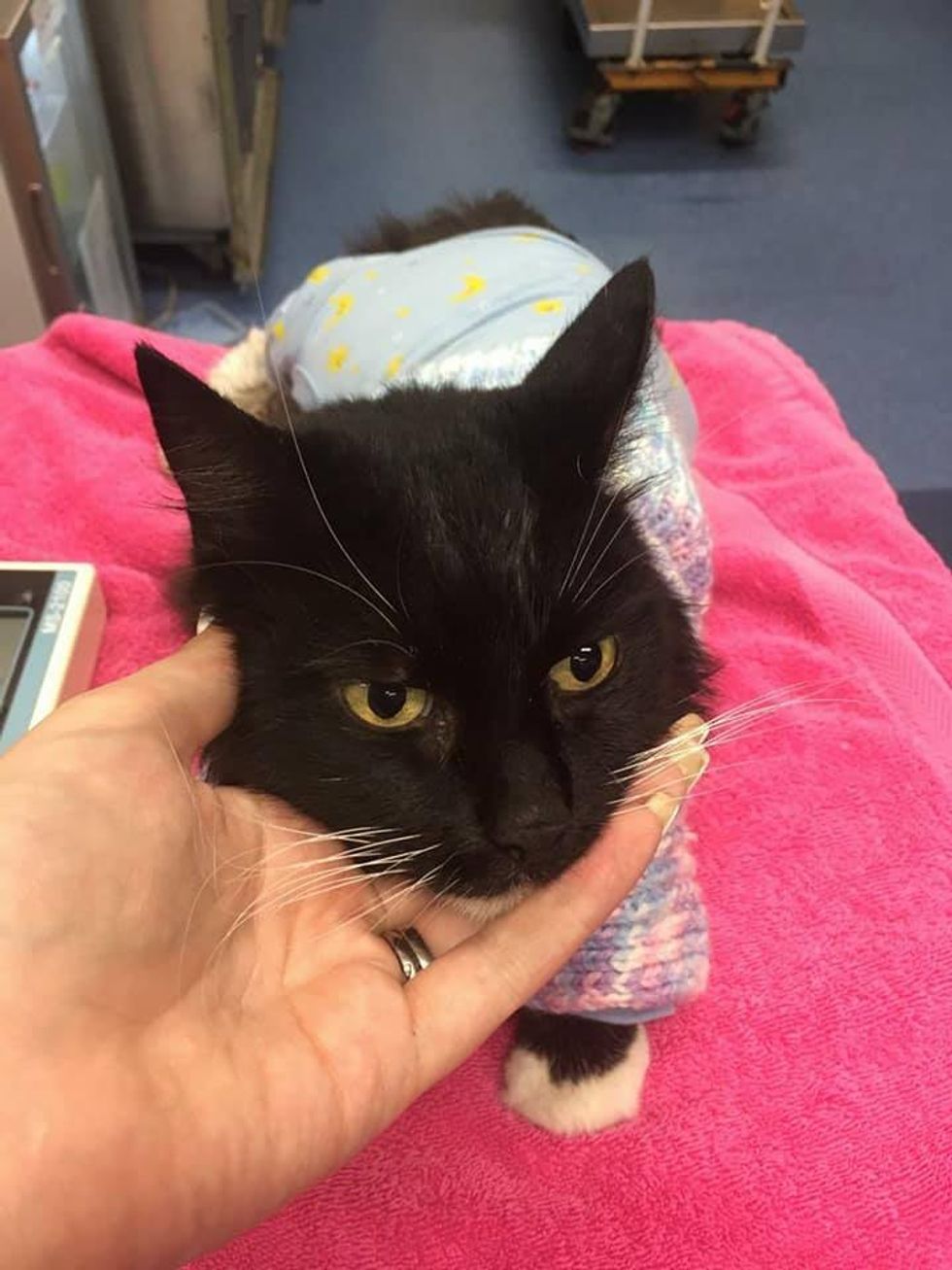 After a bit of searching, they were able to locate the owners who were overjoyed to be reunited with their missing cat.

The man's quick thinking and heroic act saved the kitty and they brought her back to her family. "We are glad that she is home safe..," Kylie said. "We would do this for any animal… and they deserve a fighting chance." 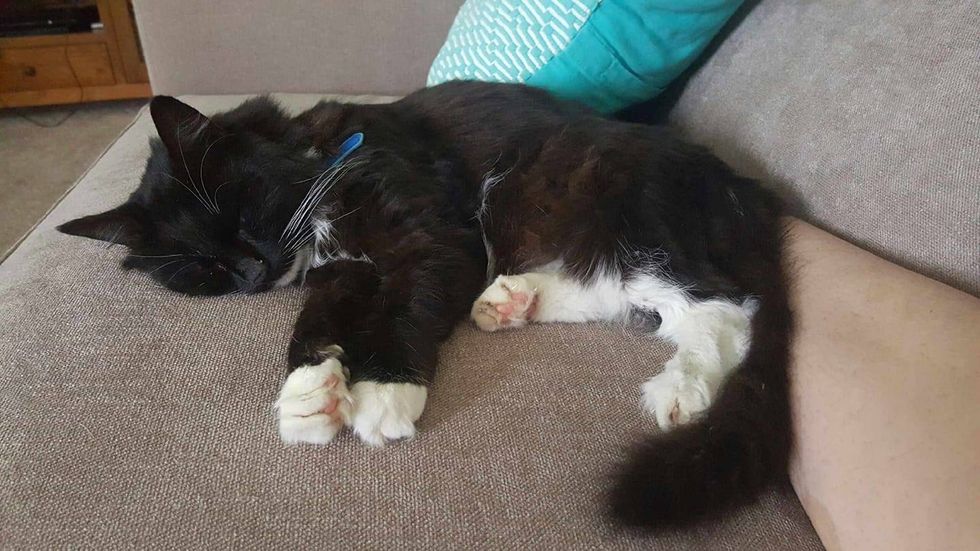 Microchipping your pets gives an extra level of protection to keep your furry friends safe.