Cat Vanishes from Her Home, Turns Up 8 Years Later in a Different Country

A rescue cat who went missing from her London home one day, was found 8 years later in Paris, France - 280 miles away from home. 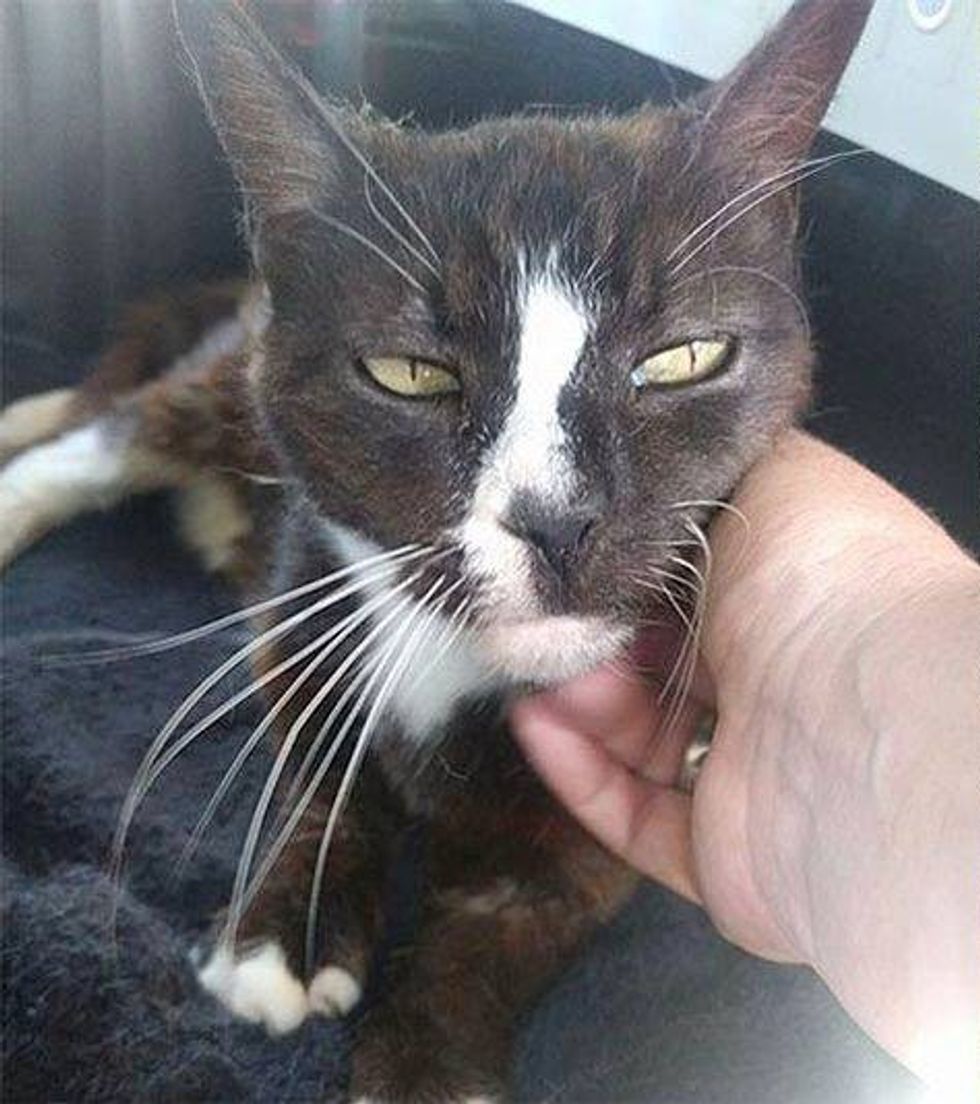 Sean Purdy and Marna Gilligan were shocked to learn that their missing cat was found almost a decade later in a different country.

"Before lunch I got an email from the Kennel Club who look after Petlog, the UK chip database, saying that a cat had been found, with contact details," Purdy said.

The contact information indicated that it came from France. "I emailed the French cat rescue place (L'Association d'Aide et de Defense des Animaux en Detresse, ADAD) and we exchanged description, pictures and chip ID info... the white patch on her nose is 'v' distinctive, as are the huge white whiskers."

Later Purdy learned that his beloved cat was found outside a train station and turned to the rescue. Purdy and Gilligan began to look into getting the cat a pet passport and how to safely transport her back to the UK.

Moon Unit was Purdy's most loyal companion. "Out of all the cats we had, I was her human - other people got scratched way more than me," he said. 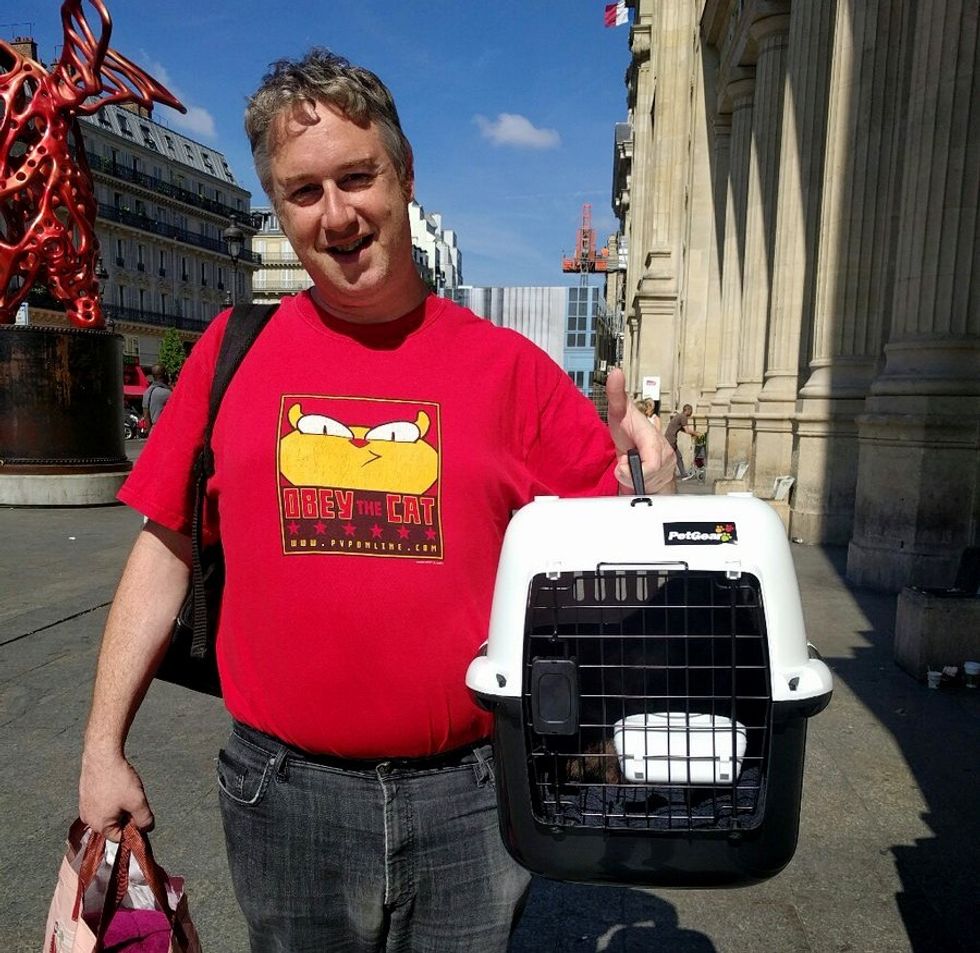 Purdy found Moon Unit one day at work. "She had been hanging around work, so I put a collar on with a note, but nobody claimed her. So I took her home, to our vet," Purdy said. "I had her for three years before she made a break for it." 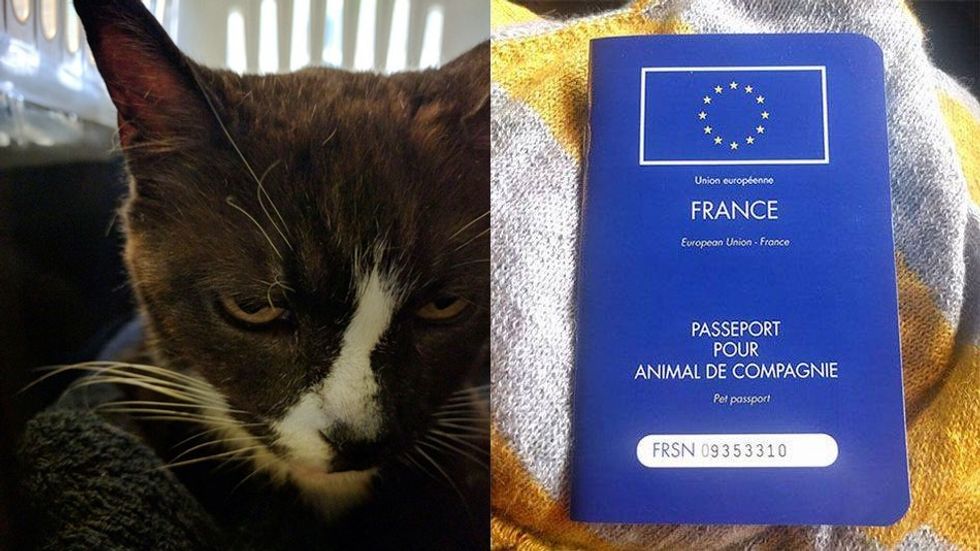 "We searched and postered and followed so many false sightings, but Moon Unit was gone. We thought she was gone for good," Gilligan said. "I told myself that she'd found a lovely new family and was living the catty high life."

Now 8 and a half years later, their cat was found this summer 280 miles away in Paris. 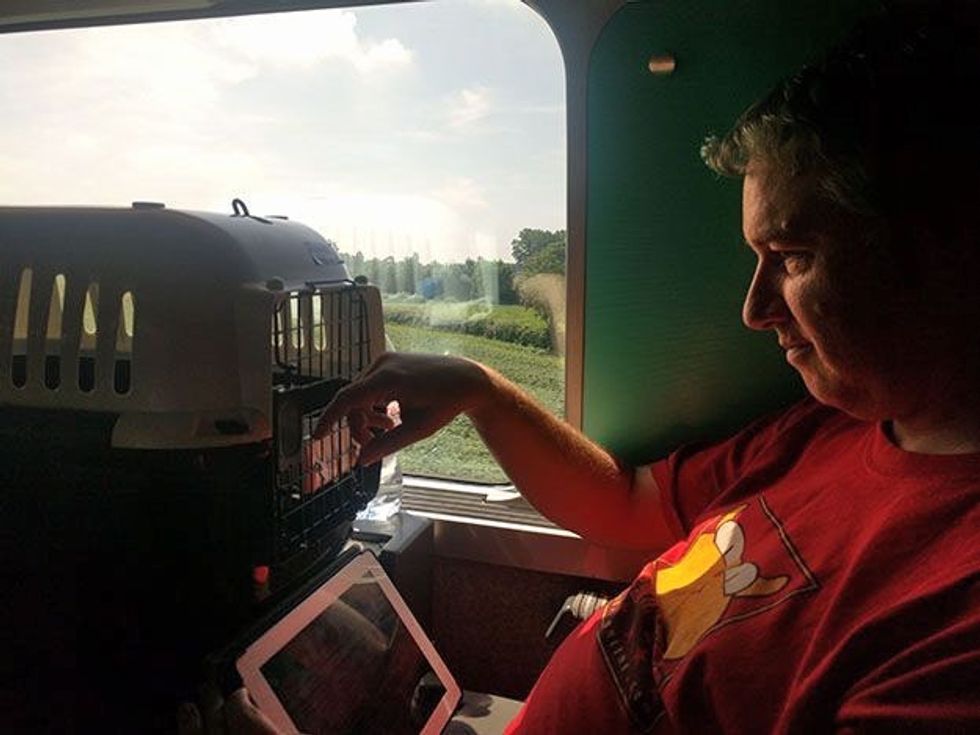 It's a mystery how the kitty got to France, but she's finally found her way home after an incredible journey over the years. "ADAD have been amazing - tracking us down, with difficulty, from out of date microchip information, sorting out vet care and a pet passport for little Moon Unit, fostering her until she can travel legally, and keeping us supplied with pictures of the globetrotting moggie and news of her progress," Gilligan said.

The kitty is purring up a storm back in the loving arms of her human. 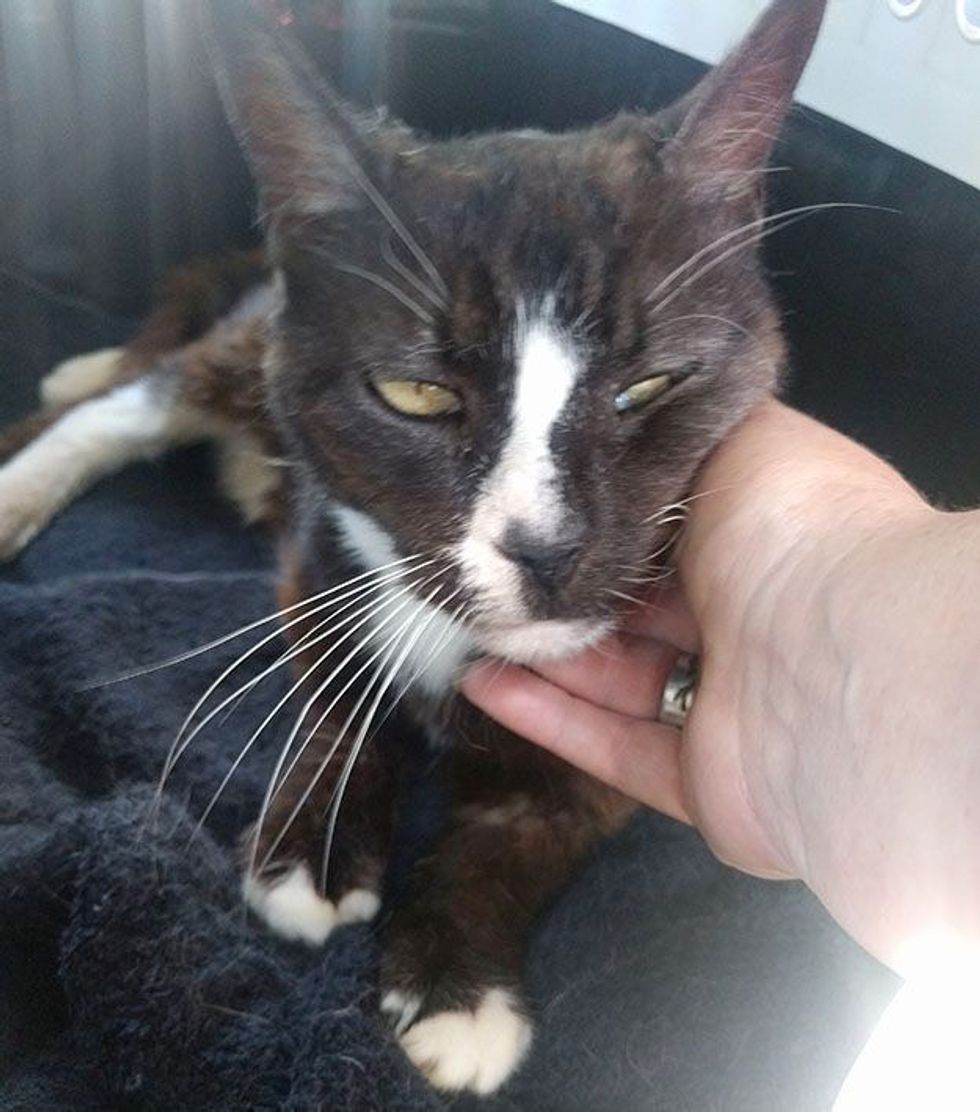 "Back in London we closed all the doors and let Moon Unit out into the hallway. She had a look around, and seemed perfectly fine," Purdy wrote. "I spent the rest of the evening in the hallway with her, and she's been following me around all day...she's curled up next to me on the sofa as I write this." 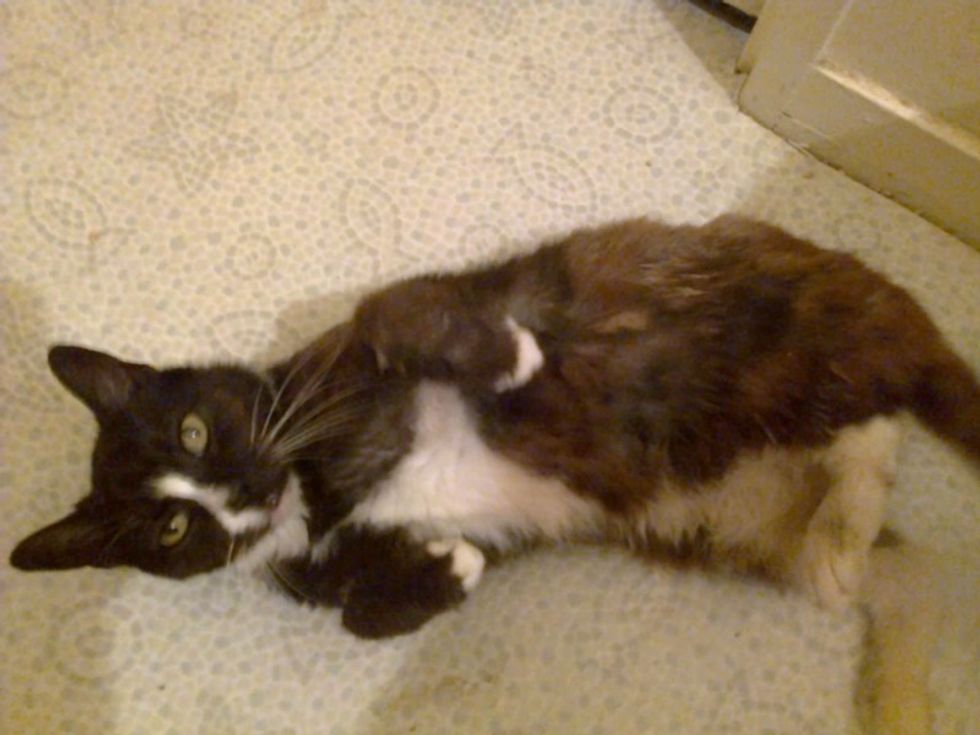 Share this story with your friends. Purdy and Gilligan are currently raising funds for the rescue group to thank them for returning them with their beloved cat.

Related story: 16-year-old Cat Reunites with His Twin Brother After Being Lost for 3 Years!