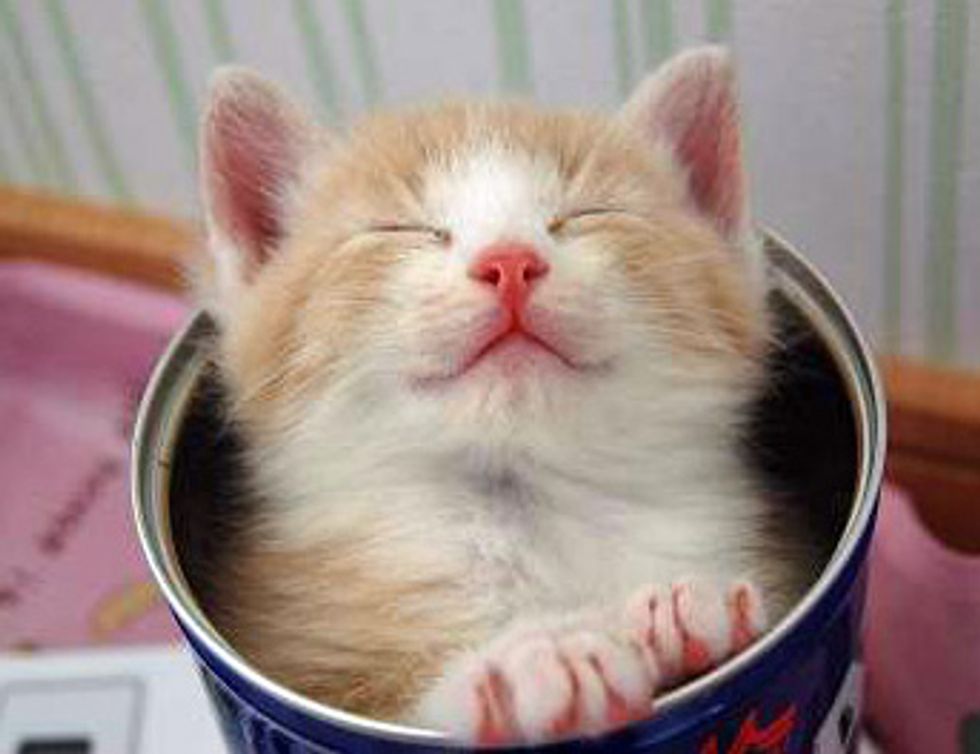 You have probably seen the adorable video of the hidden kitten with pink paw pads.

All the kittens were staying with Chinobi Umeharu, a foster parent from Japan, until they found a place that they could call home.

Because of lack of funds for many rescue groups, people like Umeharu have to pay for all the expenses from their own pocket, including medical care, vaccinations, food and others.

The little star in the video is named Chiroru, an adorable cream colored baby. Each kitten from the litter has distinctive markings and are  loads of mischief.

Chiroru was always the oddball of the bunch. She was the silly and laid back one who took her time in everything she did. She may not be the fastest, but she can get away with anything with such charm and character. When her foster mom found her a good home, it was a bittersweet moment for Umeharu who was very happy for Chiroru, but knew that she would miss her terribly. "Congratulations Chiroru. From now on, I will learn not to cry," said Umeharu.

Thanks to Umeharu, all the kitties have found a good home.