A couple was taking a walk through an alley behind Fresno County Superintendent of Schools after lunch. What sounded like a bird chirping led them into a rescue mission for a tiny motherless kitten.

"You just never know what the day will bring." 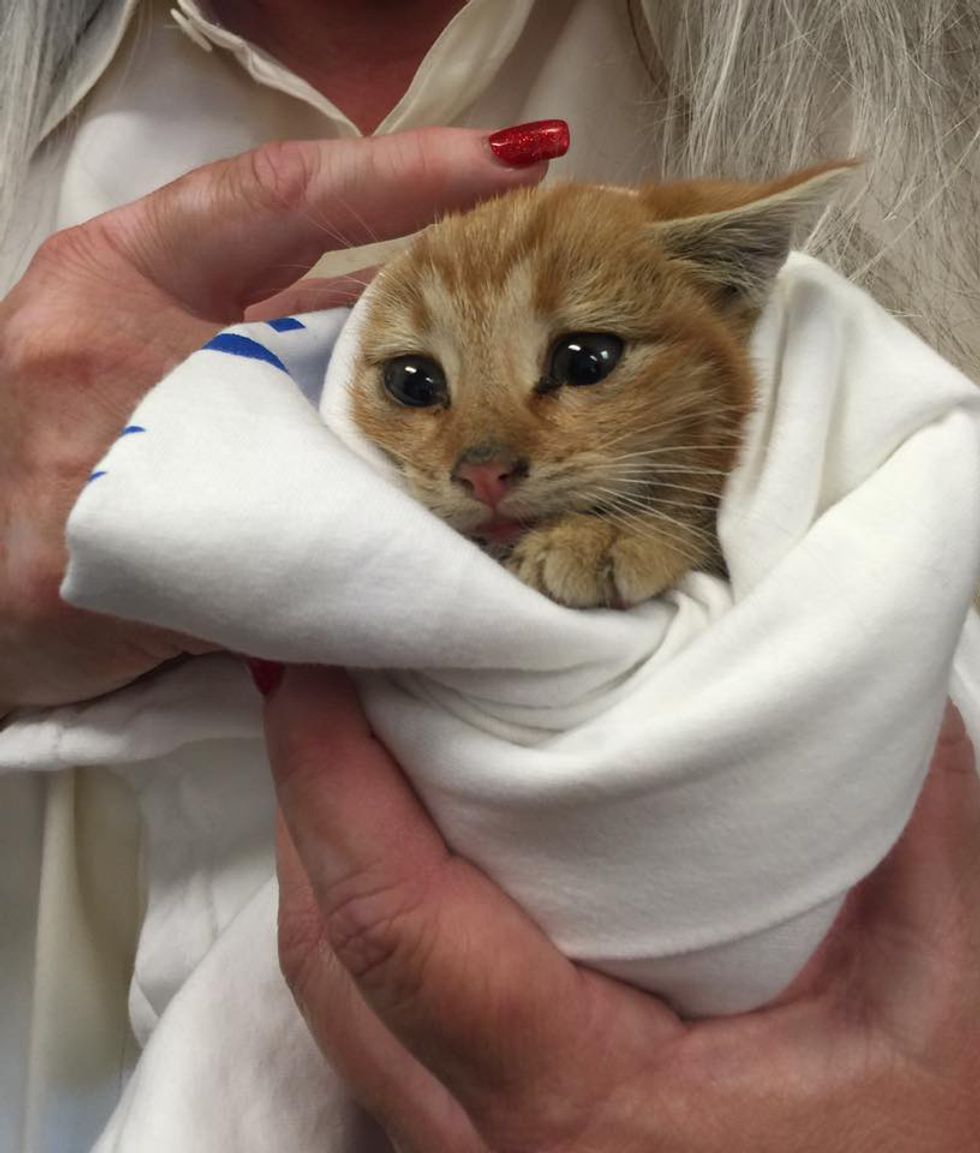 Jennifer and Jim Yovino were walking down an alley in downtown Fresno, California. Suddenly a tiny cry caught their attention.

"At first I thought it might have been a bird but I stopped in my tracks to listen, call out and listen again. And there it was… a desperate cry (or rather a meow) for help," Jennifer shared with Love Meow.

It was coming from a dumpster behind a solid, locked metal gate. "We knew where he was, but we couldn't see him because he was tiny and he was buried in the trash." 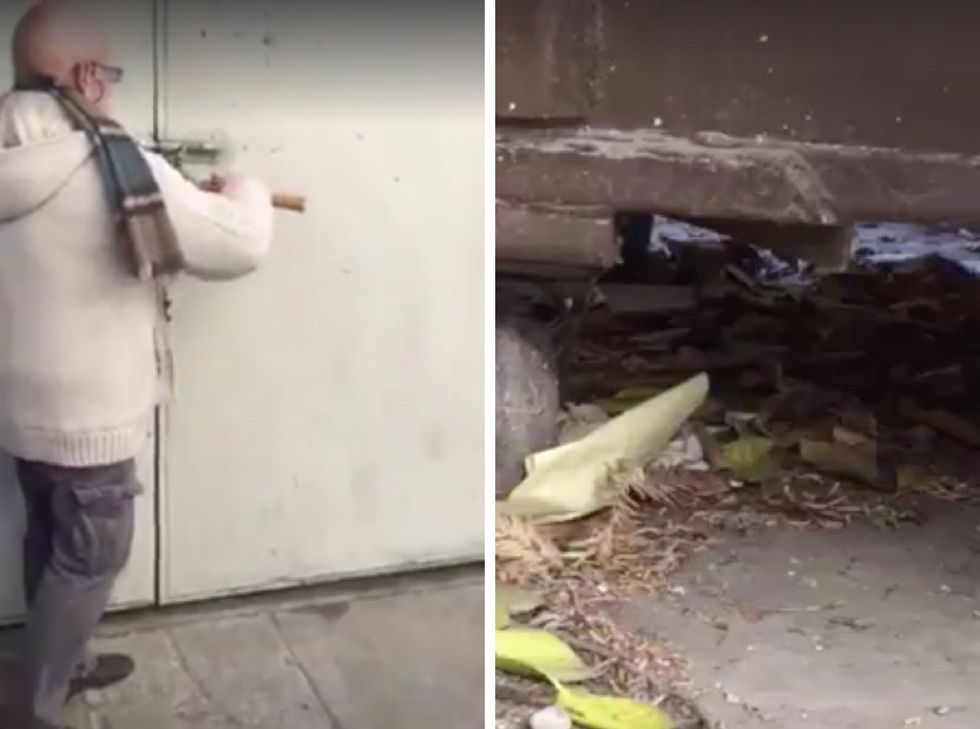 Many good Samaritans (Armando, Francisco, Joe, Jake, Brian and Steve) came over to offer help. They collected a few tools to help get the gate opened. Once they gained access to the dumpster, Jennifer crawled under it in an attempt to locate the kitten, but the timid little feline dashed right out into the alley and took refuge under a moving van.

"He went straight under (to our horror) and then up into the engine." 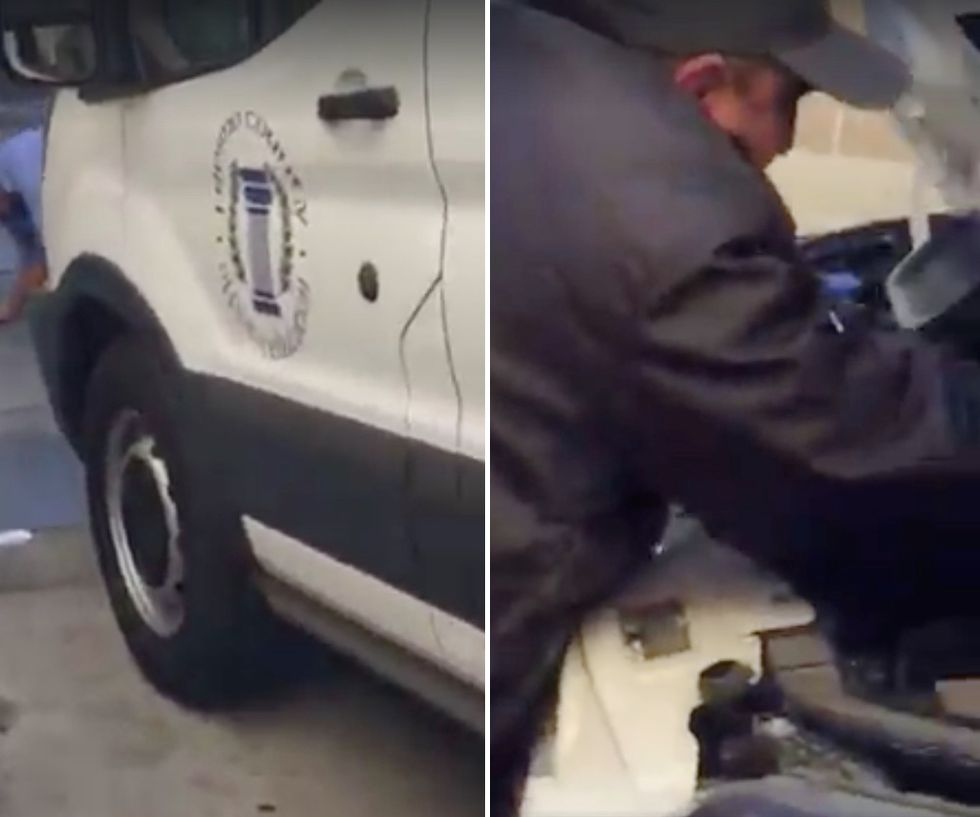 "They opened the hood, reached in and pulled him out. It was such a relief once we had him in our arms. We knew then he'd be safe," Jennifer told Love Meow.

They found a t-shirt, swaddled him up and held him close while rubbing his head. That's when the kitty started purring. 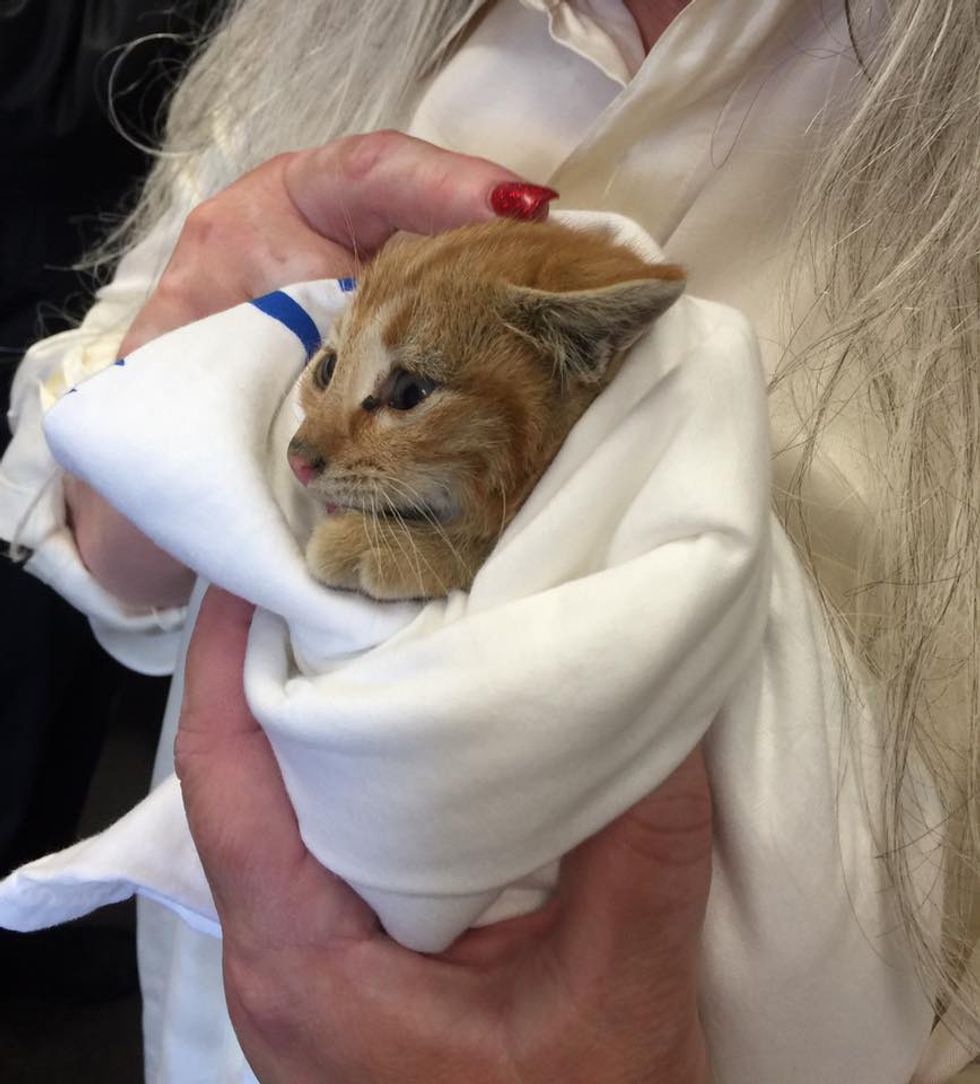 "I think he was still scared but at the same time, he'd never been that warm or that happy or that loved."

They named the sweet kitty Fulton. 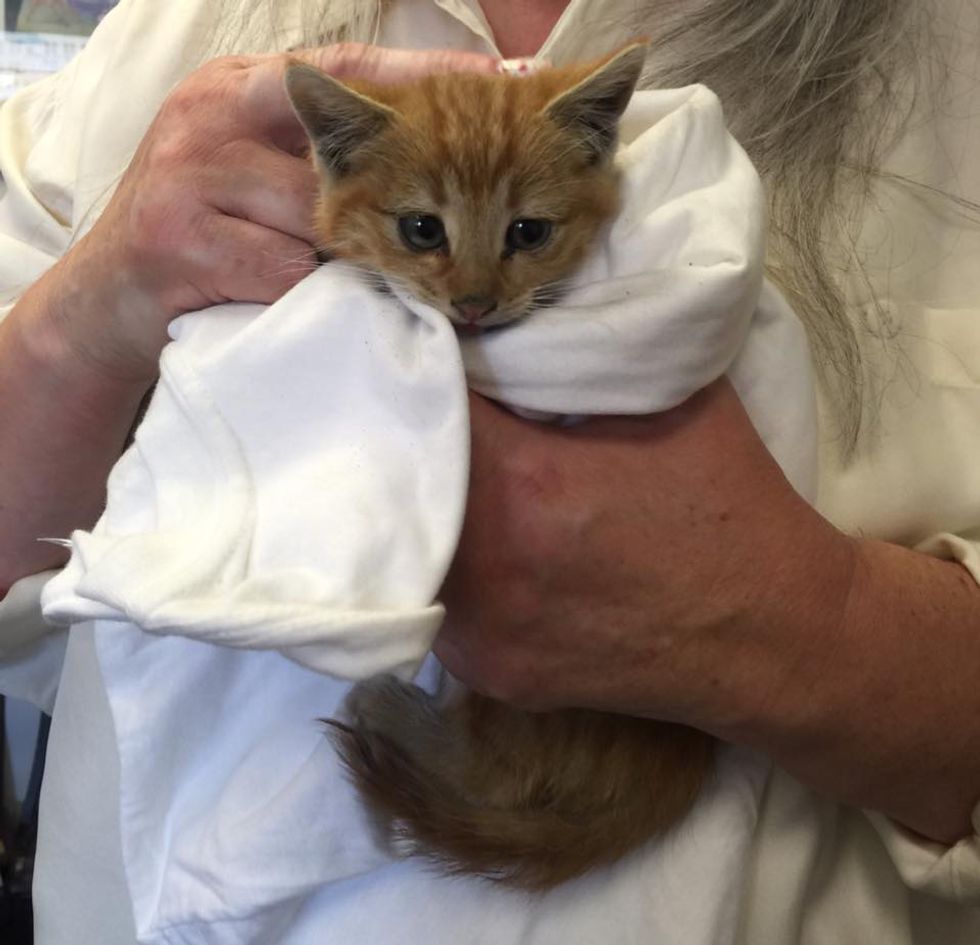 After some much-needed cuddles with his human friend, LuAnn, Fulton was doing so much better. He nuzzled his face into the shirt for an extra dose of TLC. 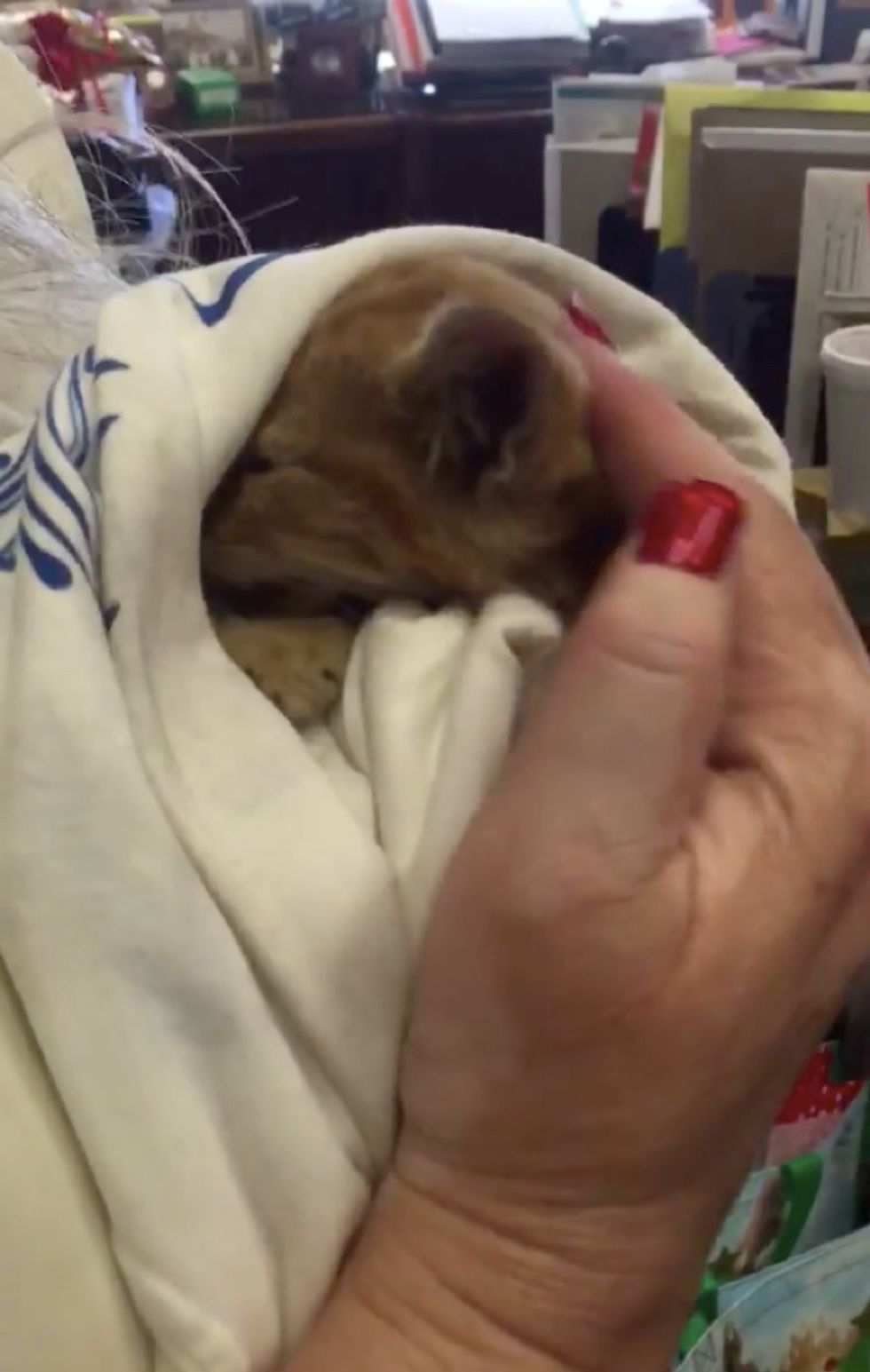 The Cat House on the Kings in Parlier, California took the sweet ginger boy into their care and found him a wonderful foster home with several other rescue kittens to play and cuddle with. 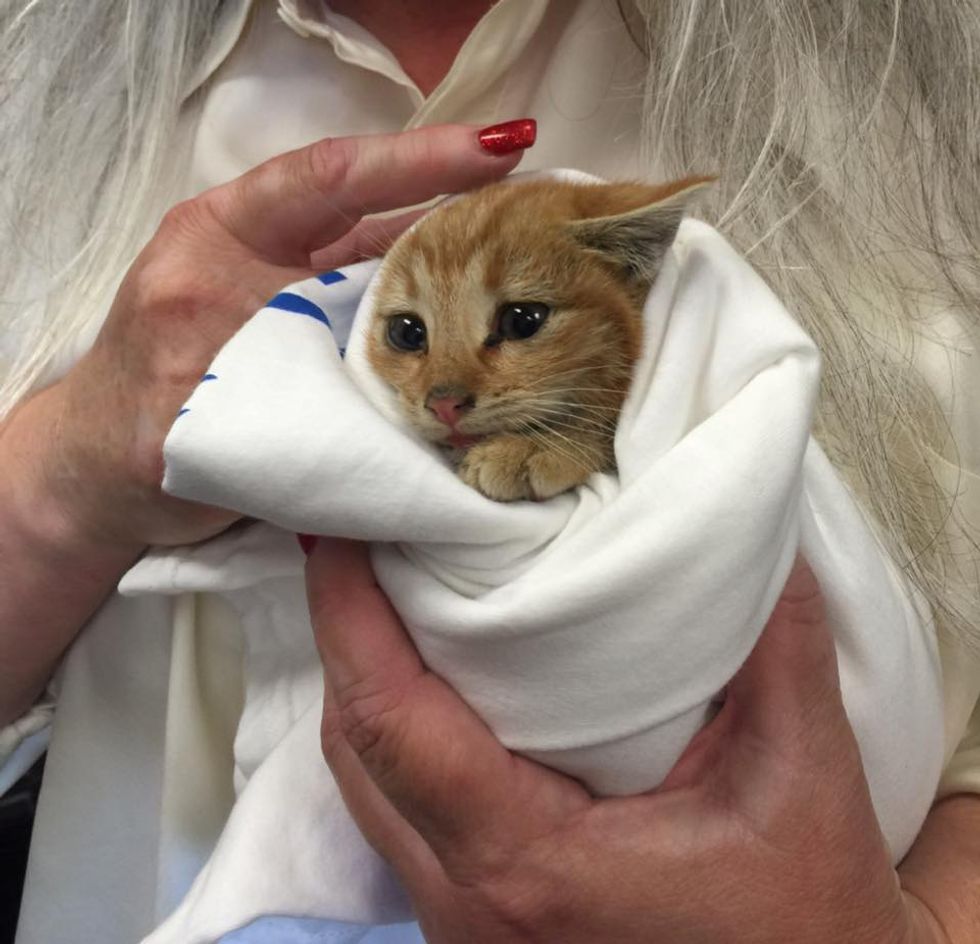 He loves his warm bed and many cuddly toys :). 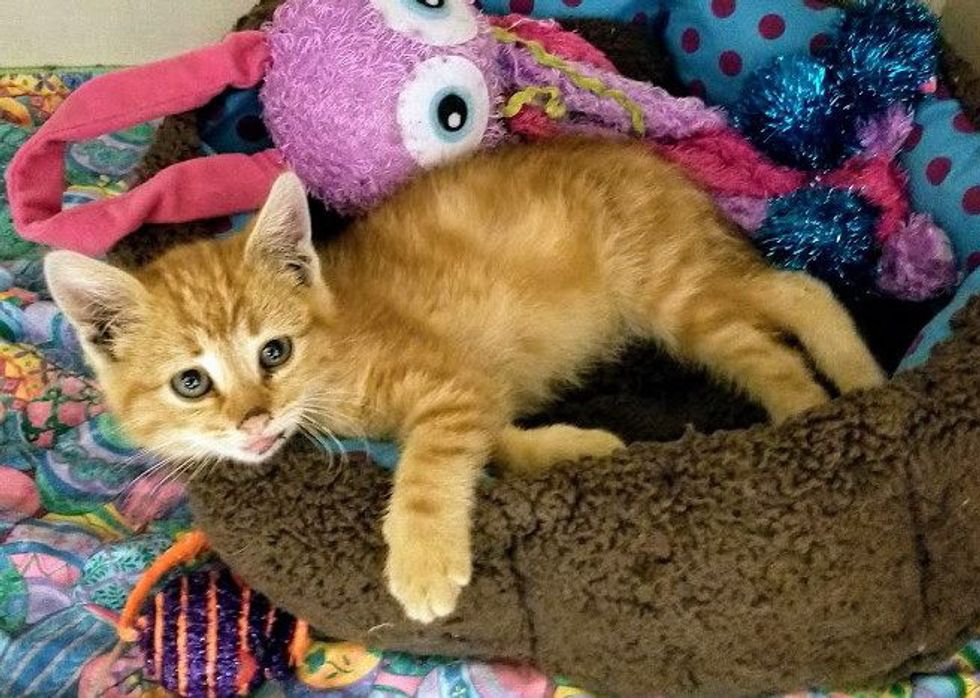 "He's always gentle when he plays even the rowdiest games and never uses his claws. It's no wonder he's friends with other cats and dogs of all sizes! When is time to rest and relax, he'll be ready to snuggle up for cuddles and attention." 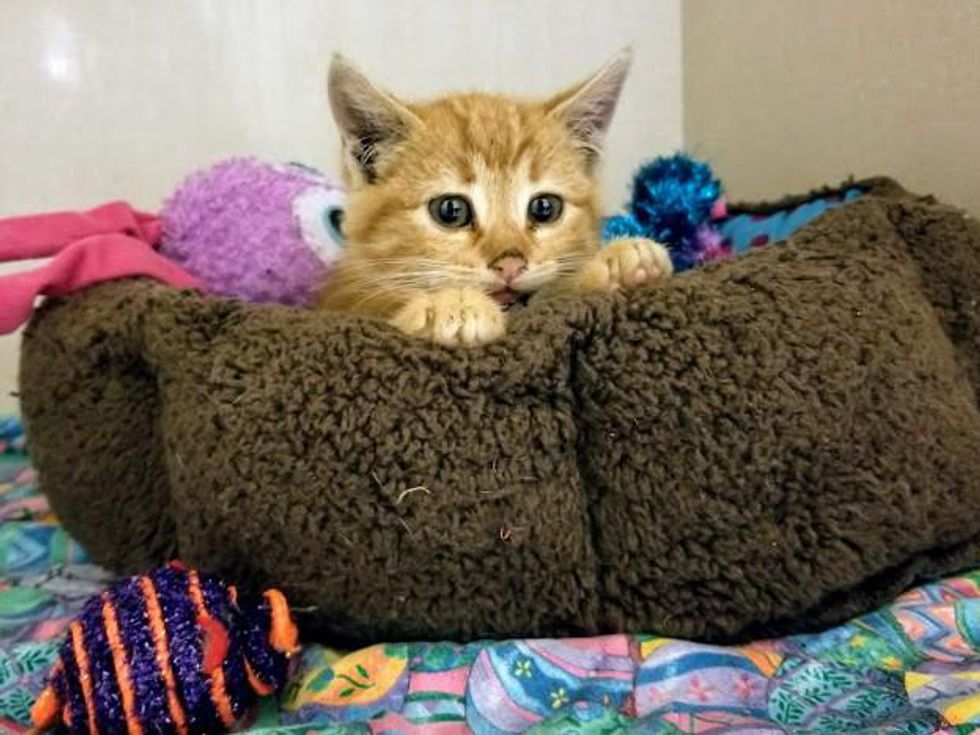 Fulton has been adopted with another kitty named Polly! 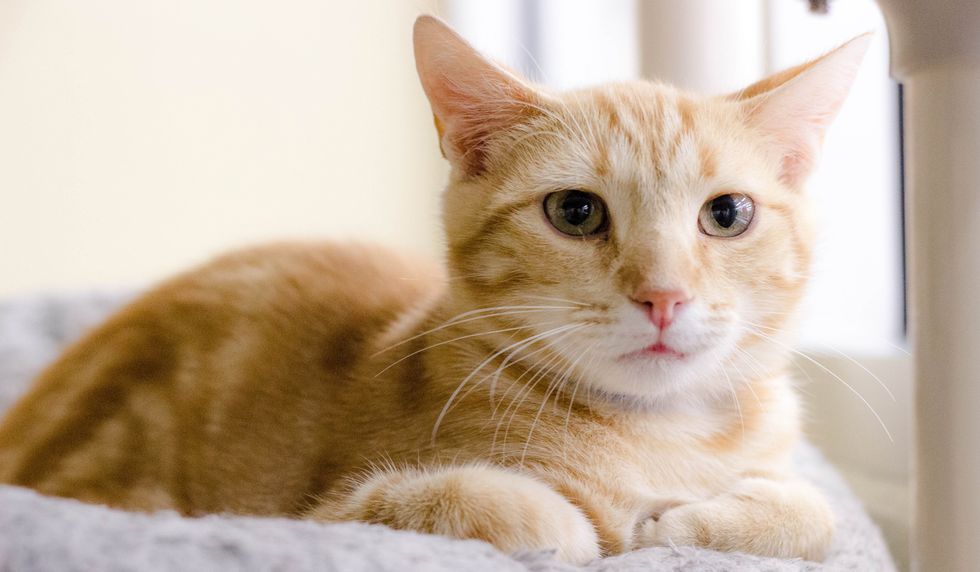 Related story: Man Lets Dumpster Kitty Sleep In His Car and Has Been Caring For Her for 6 Years