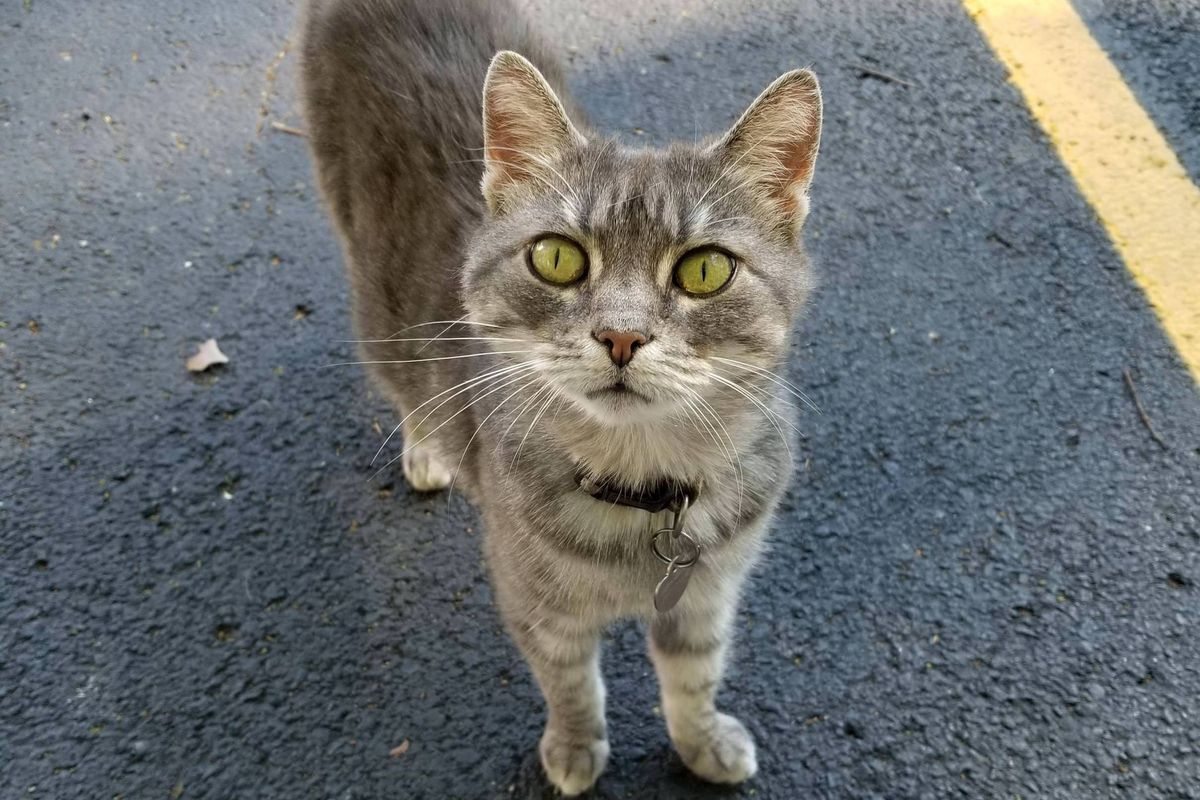 A man has been caring for a cat that he found near a dumpster for six years. He has taken her under his wing, built a cat house to keep her warm and always leaves his car windows open so she can nap inside whenever she likes.

"This is Dumpster, she's not the floofiest or the nicest… I love this cat as much as I love my own cats." 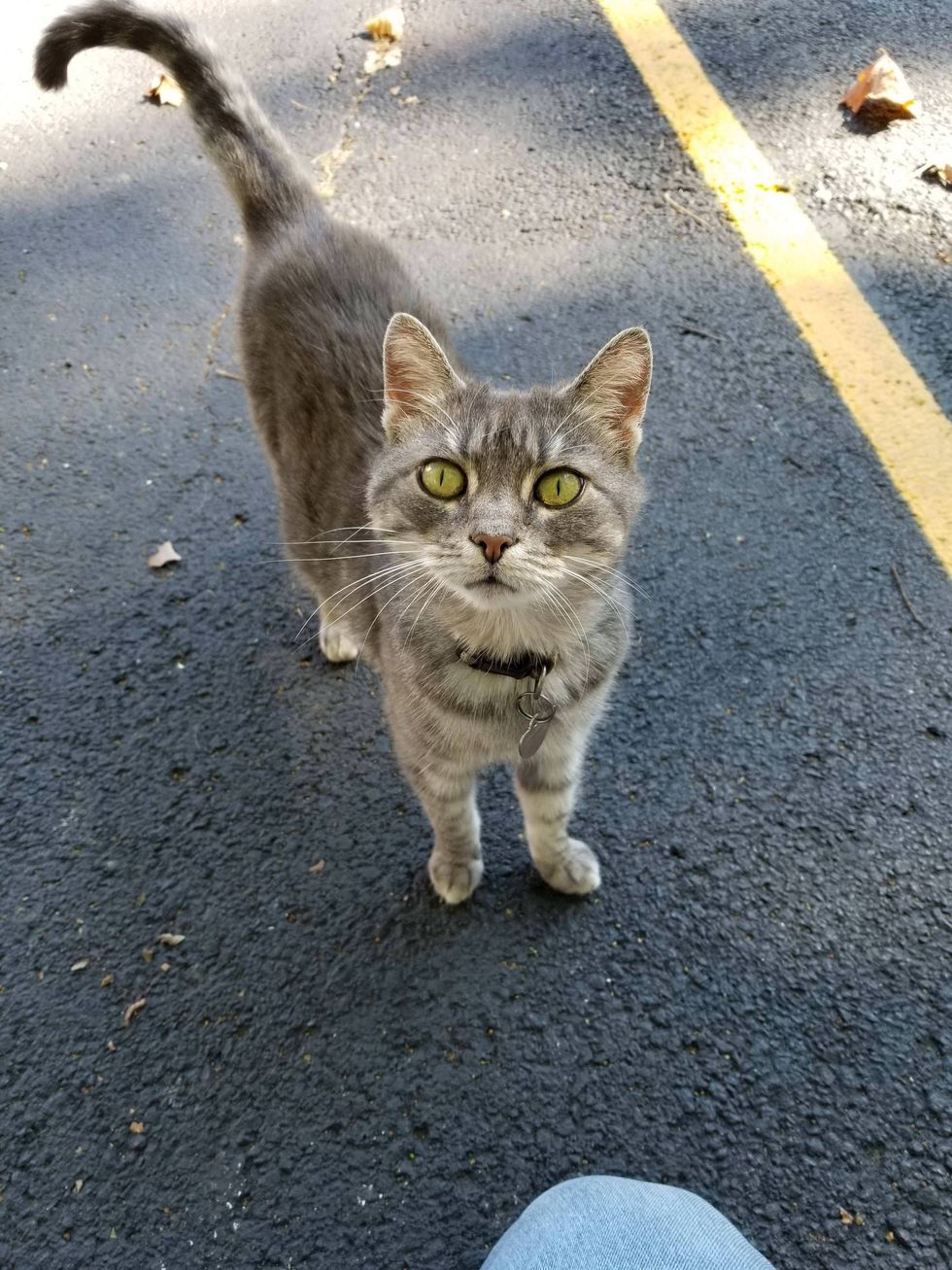 The gray tabby was found six years ago in a dumpster near a vet clinic. No one knows how she ended up there, but the kitty wouldn't let anyone near her. The man, an employee at the clinic, approached her but only to see her mad dash into the distance.

He began to provide food for the kitty so she didn't have to dumpster dive. Every day he hoped to get a little closer and garner her trust.

"I've really had to work with her and more or less let her know whatever I have, is also hers. It took a long time to convince her to let me pet her, I still remember the first time she jumped up on my lap as I was sitting in my car on lunch, it was great," reddit user Km219 told Love Meow. 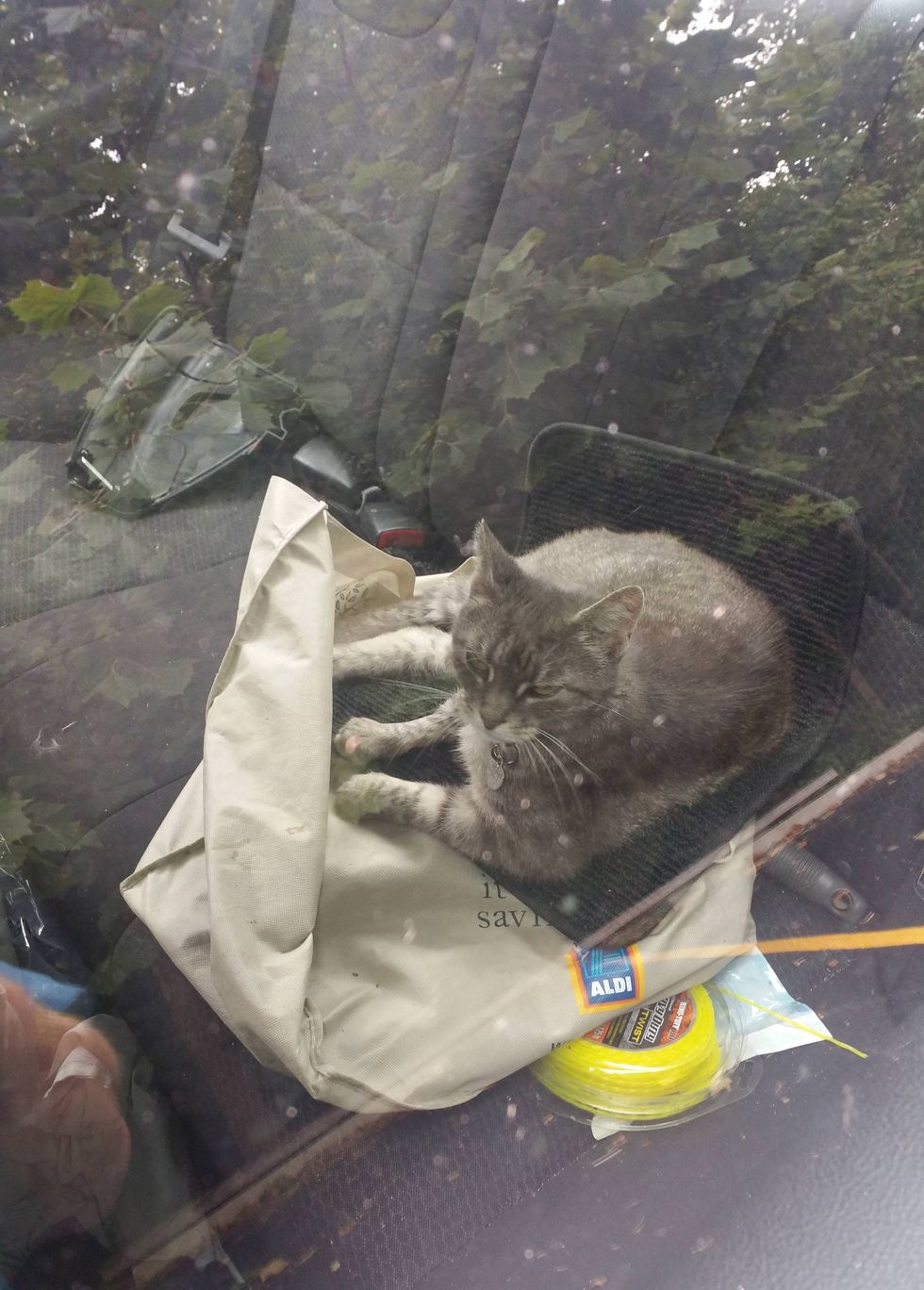 Dumpster the kitty started to enjoy the company of her human friend. She wouldn't let anyone pick her up but the man was the only person she allowed petting. "She's sweet with me, but most people she tends to swat at or bite their legs when they go past her," he told Love Meow.

"She sleeps in my car most days, I just leave my windows down as we don't have any other businesses around the vet clinic, especially when it's raining I know I'll find her in there. I keep a large piece of plastic that I put on my roof to overlap my window so rain doesn't get in. My car has seen better days, she does get a lot of hair in there but it's worth it." 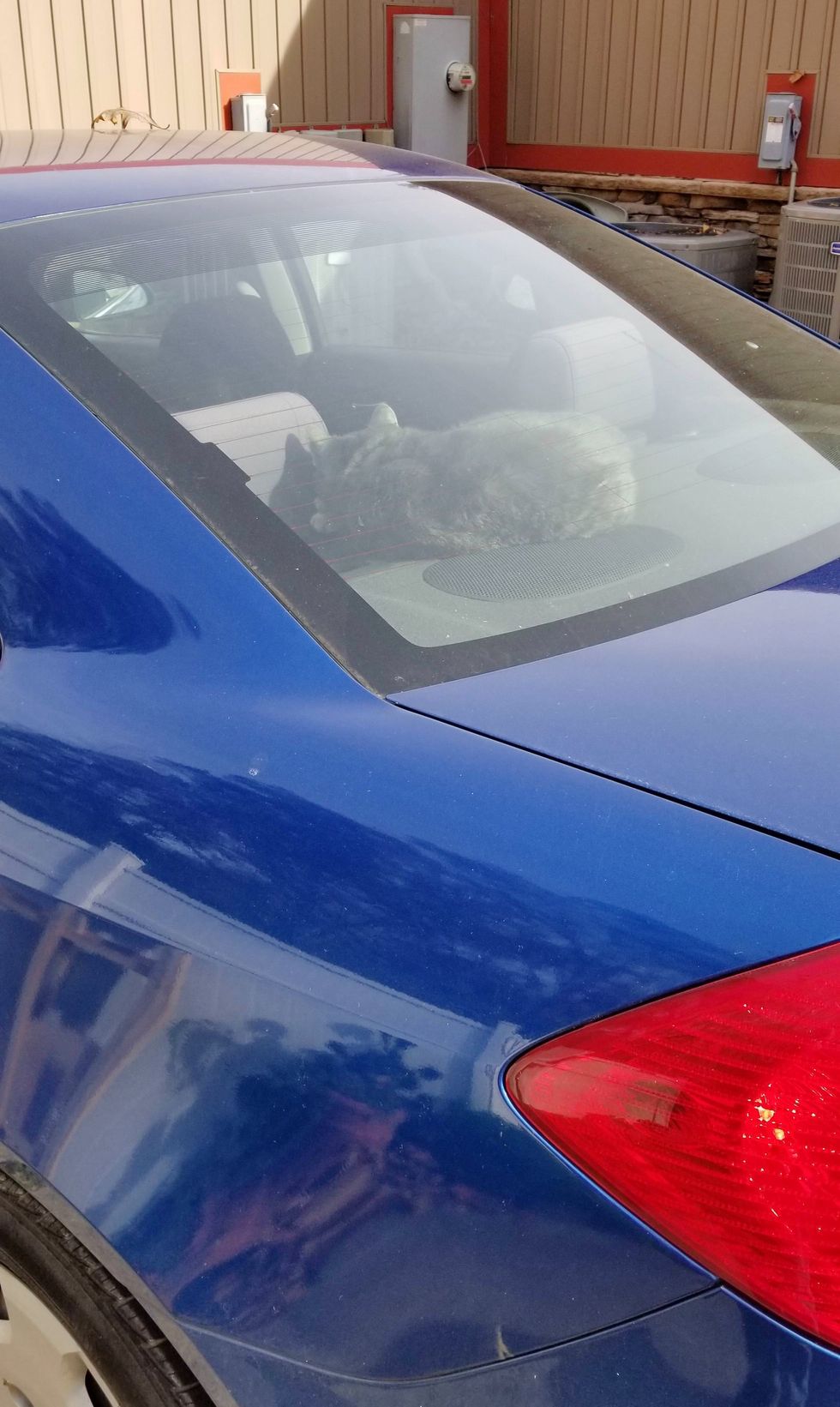 The man got some help to build a shelter for the kitty. "She has a house that my father helped me build, but she refuses to use it."

So in winter, he gets the kitty into his office till Spring. It is always a challenge to convince Dumpster to stay inside as she gets frightened around people, but as the weather gets cold and snow starts to fall, she will try to tolerate it only in his office. 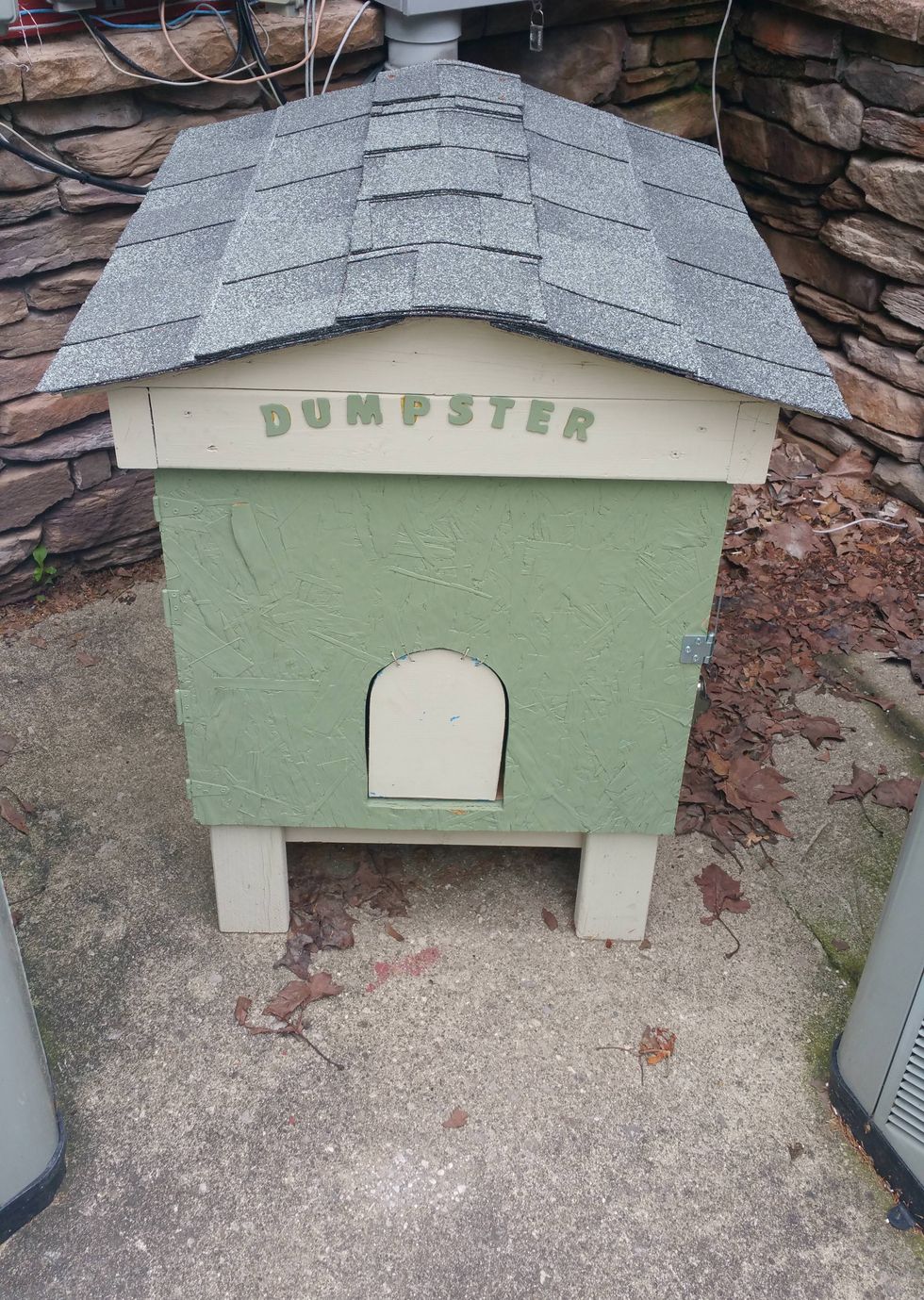 The man often stays with the kitty at night after everyone else has gone home, sitting with her in his car.

"Most people think she's mean because she's particular. She only really likes her face and neck petted, anything else and she will claw you up and bite you. But I've learned her ways and now she lets me pet her anywhere I want, but still won't let me pick her up."

They have thought about getting the kitty adopted but realized that she has already made the vet hospital her home. After many years of coaxing her into moving indoors, she still gets miserable every time she's inside. 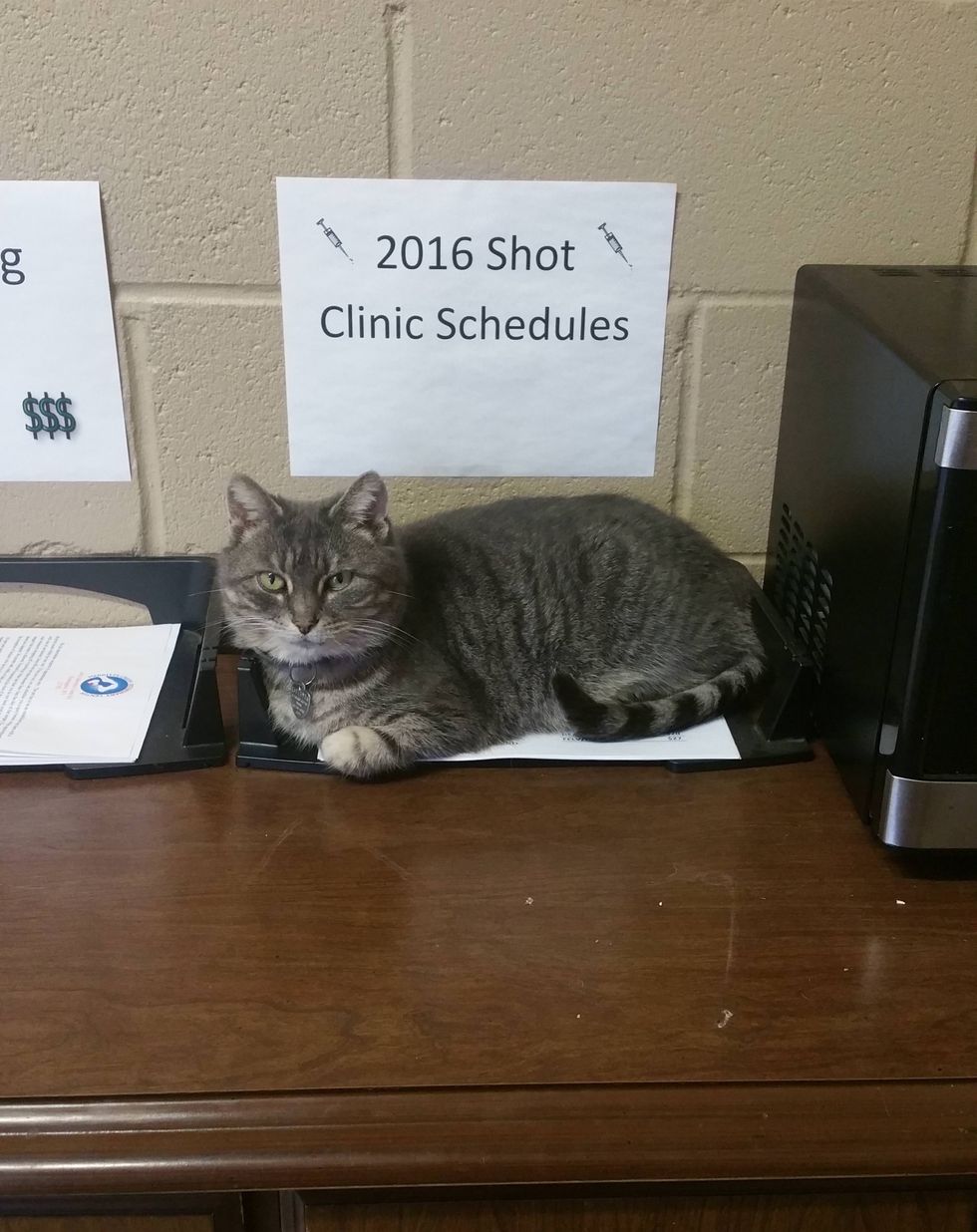 "She can't be outside where I live because it's right on a road where people speed, and many close neighbors. She tolerates being inside during winter but even in the snow she will run outside."

The man has become the family she's ever had and trusted. He feeds her twice a day and makes sure that she has shelter to protect her against the elements and is well taken cared of. 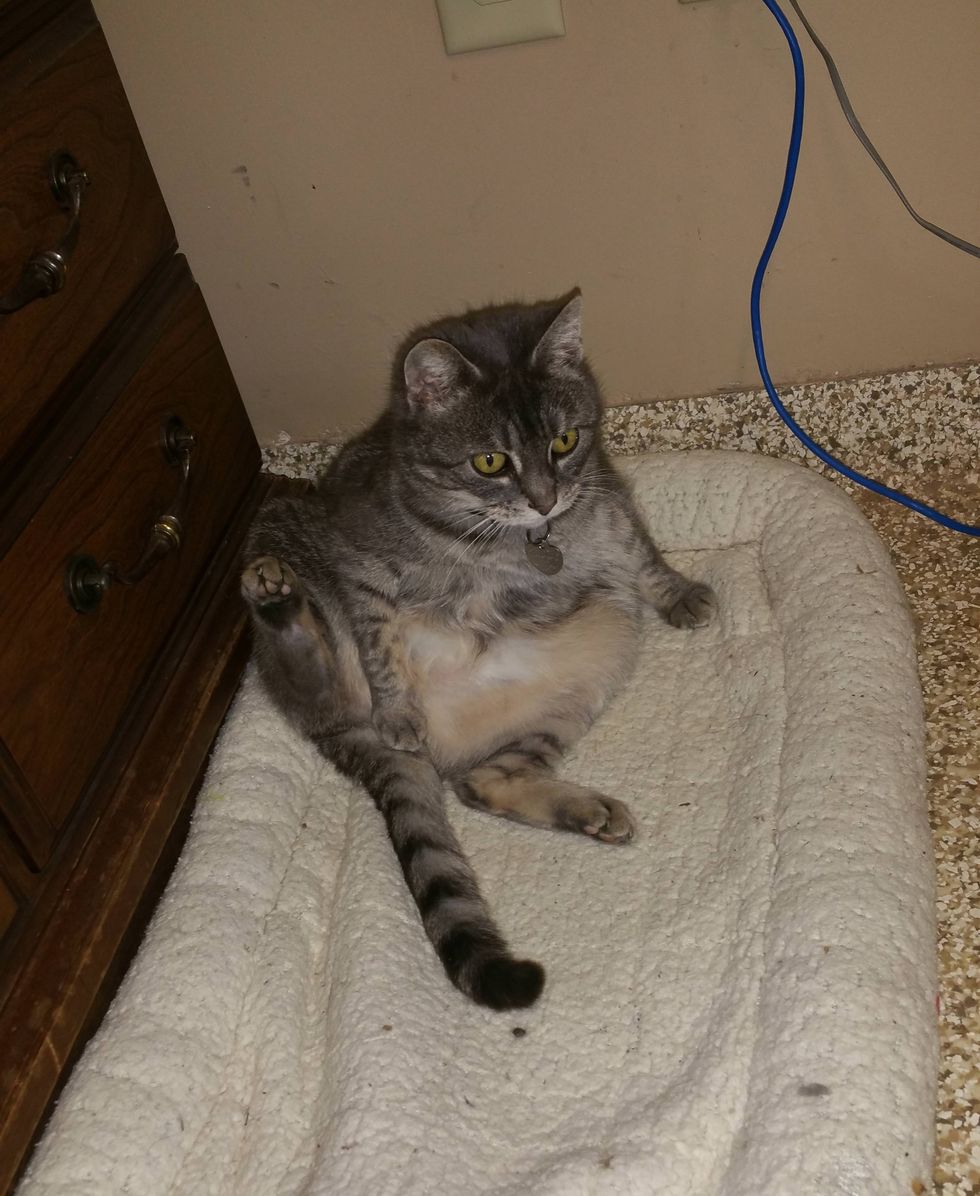 "In winter she stays in my office and hangs out with me. If it rains she has this overhang she likes to use that keeps her dry until I get to work, then she just uses my car.

"She gets regular vaccines, flea and tick prevention, and x-rays because she eats all manner of critters outside. I really think she's happy."

Though Dumpster still swats and hisses, she's come a long way with her caregiver. Maybe someday she will change her mind and move indoors, but for now, she knows she has someone who loves her to bits. 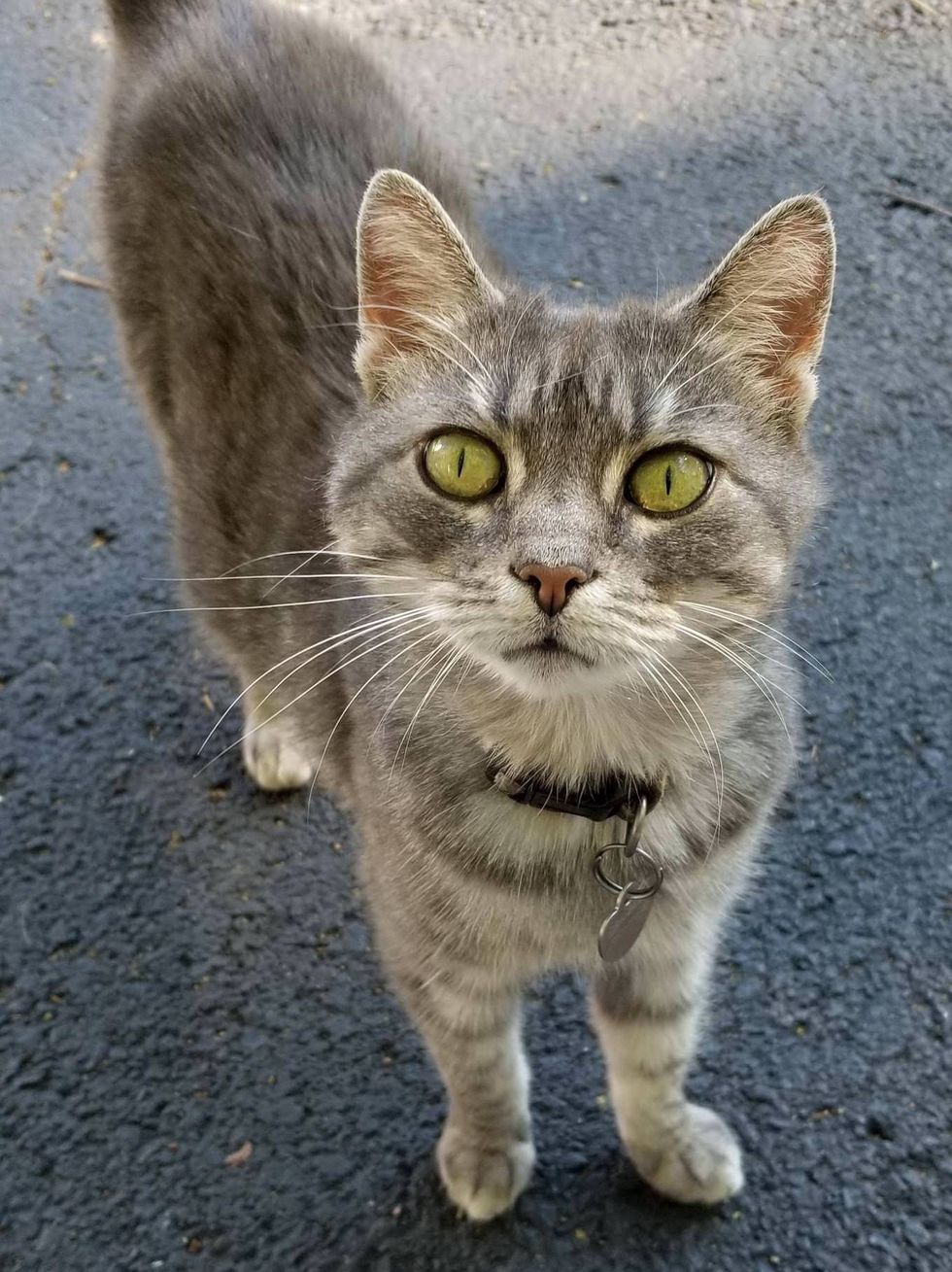