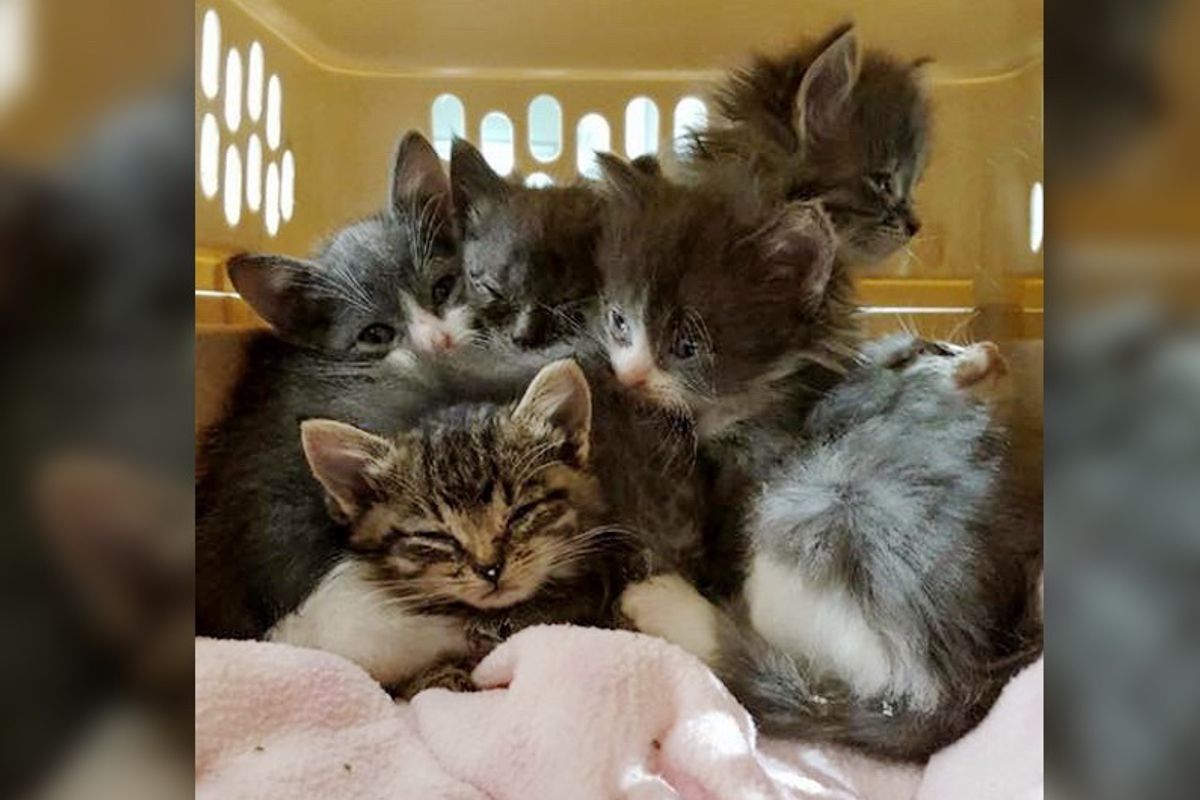 Couple Surprised to Find Box of Kittens Abandoned in Their Truck, 3 Weeks After Rescue...

A couple was shocked to find a box of kittens abandoned in the back of their truck when they returned from shopping. The kittens were huddled up against each other for comfort and warmth.

They immediately rushed to get them help! 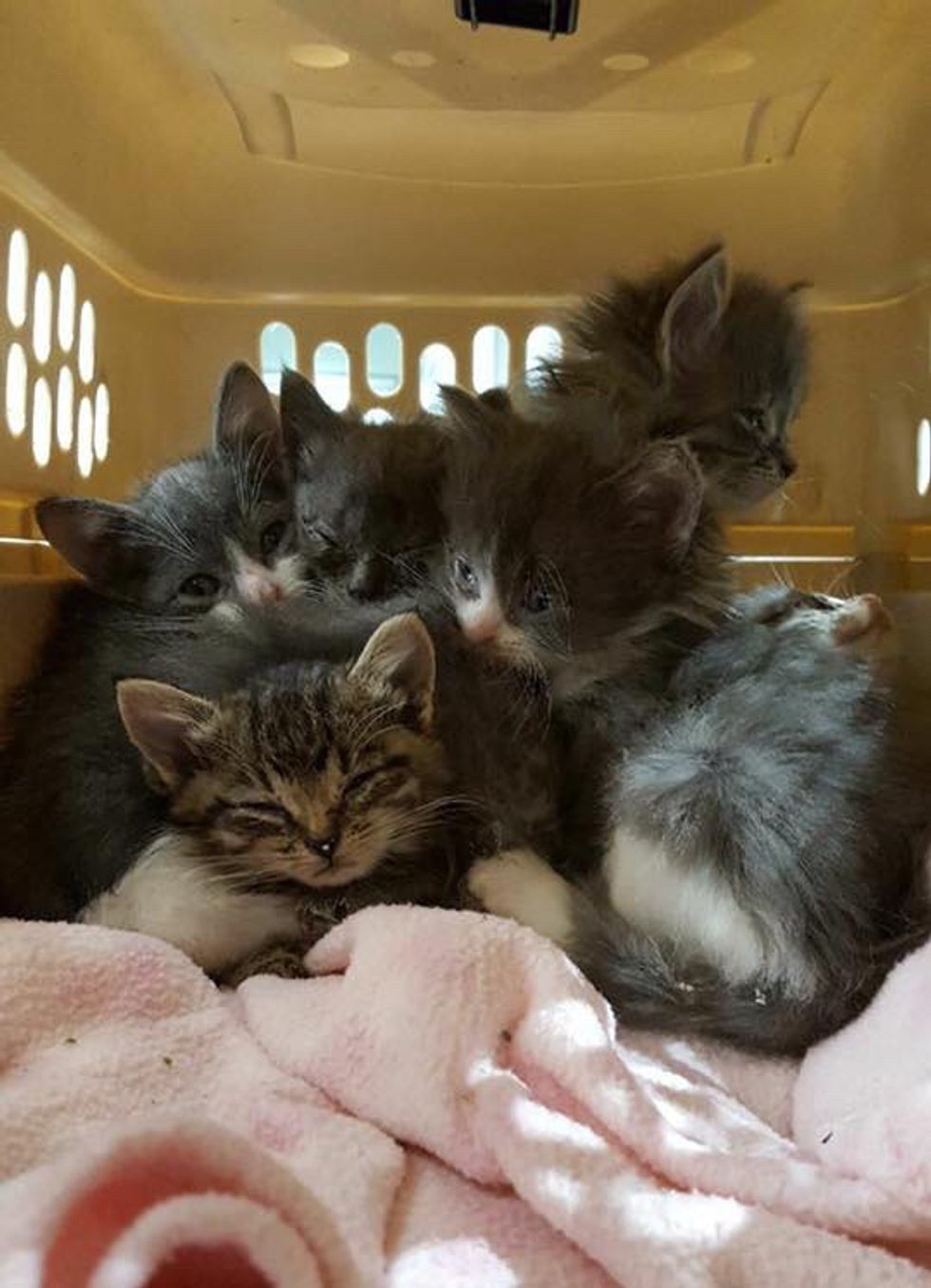 The couple reached out to SCAT Street Cat Rescue in in Saskatoon, Saskatchewan, and fortunately, they had a new foster home open up that was able to take the kittens in right away.

"They had some mild upper respiratory symptoms but were otherwise healthy," SCAT told Love Meow.

The five little kittens were safely transported to their foster home, but after the ordeal, they were a bit timid and stayed quiet for some time.

But nothing some good food and toys couldn't fix! 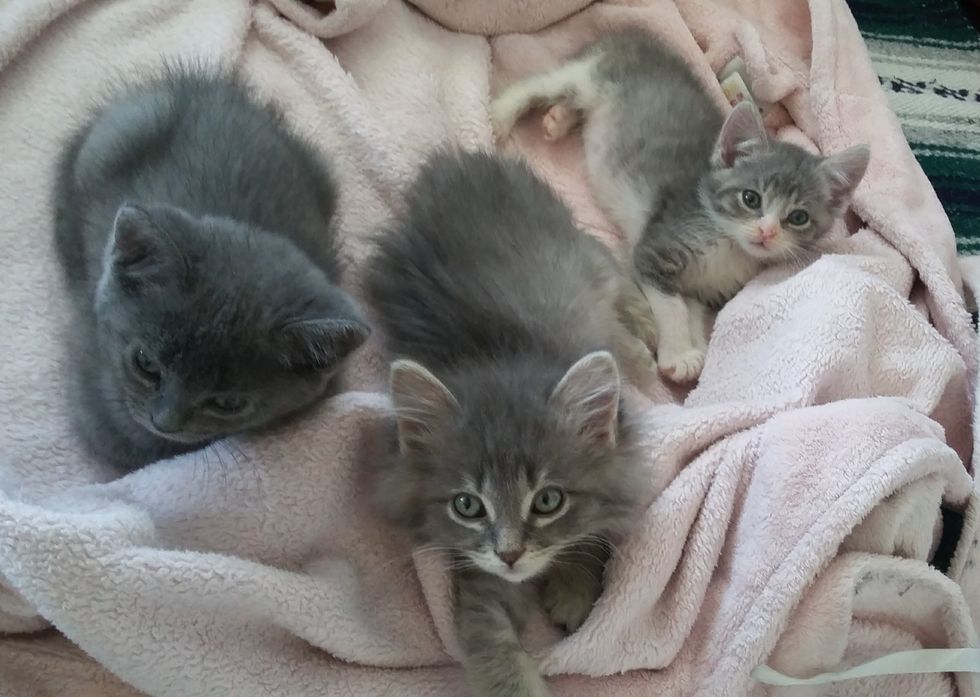 After nervously exploring their new foster room and scarfing down a few cans of kitten food, they started to come out of their shell.

Their foster mom gave them a home-made kitty toy with kitten-sized holes cut out on a large flat-screen TV box. It became an instant hit for the kittens. 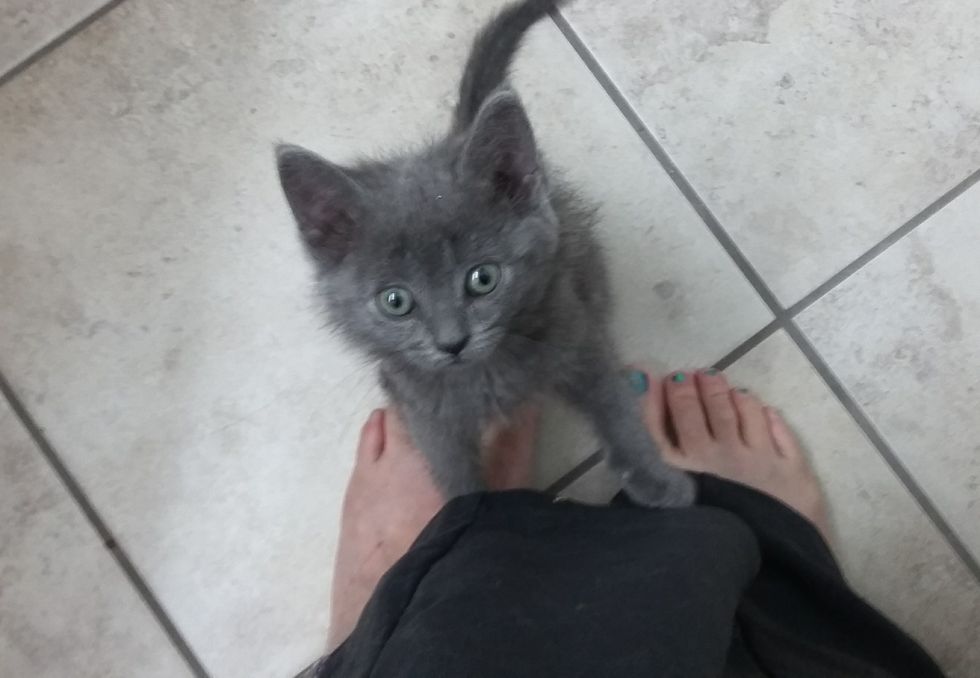 "They scamper through the box, around the box, on top of the box, and bash each other on the head when one sticks their head out of a hole. It's a game that seemingly never ends," SCAT told Love Meow.

As they settled into their foster home, things started to change. 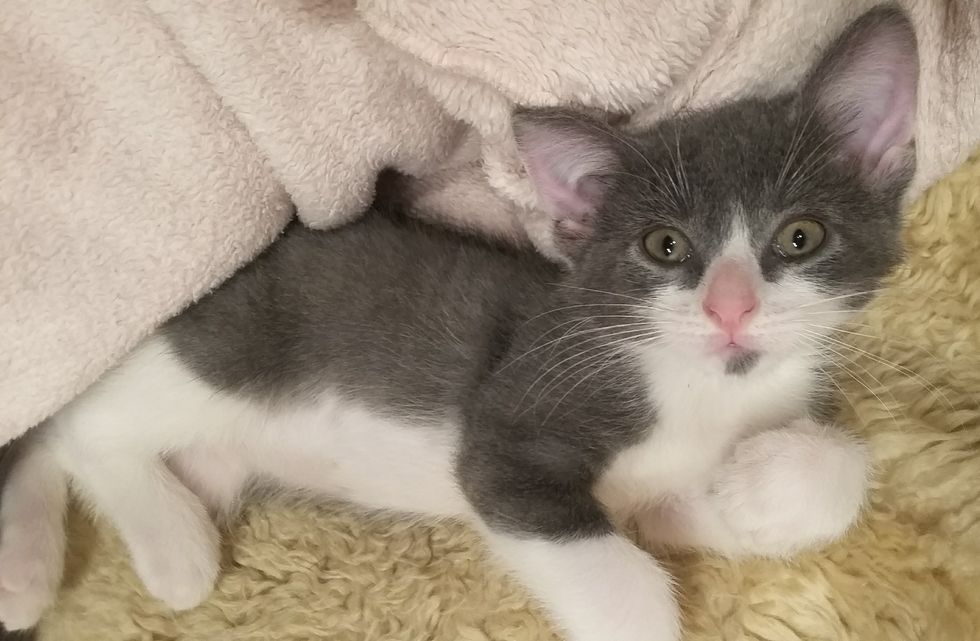 "They began to feel more secure and stable, they quickly blossomed. Their appetites increased dramatically and a funny routine has developed — gastrocolic reflex!"

"The kittens vigorously enjoy their soft meal in the evening and then, in herd-like fashion, all proceed down the hallway to their bathroom. Last night there were 5 kittens in 2 litter boxes all scratching and scrabbling and doing their business. The sixth kitten needed to go too, but that one waiting until he had a box to himself. He's a little more bathroom-shy than they others I think," SCAT told Love Meow. 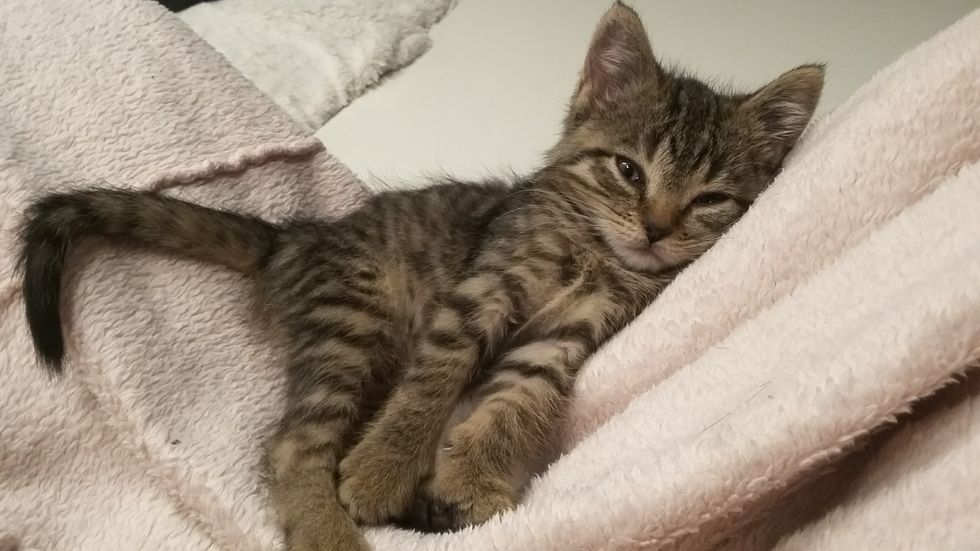 Three weeks after they were found, the kittens are thriving and socializing extremely well. They now demand cuddles and refuse to let their foster mom out of their sight.

"Each morning it becomes a fiasco of multiple kittens hanging on each leg as their foster mom tries to get out the front door for work. Their confidence is also growing tremendously. New sounds, such as the shower or dishwasher running, don't phase them in the least. Even the vacuum cleaner running in a nearby room doesn't seem to bother them." 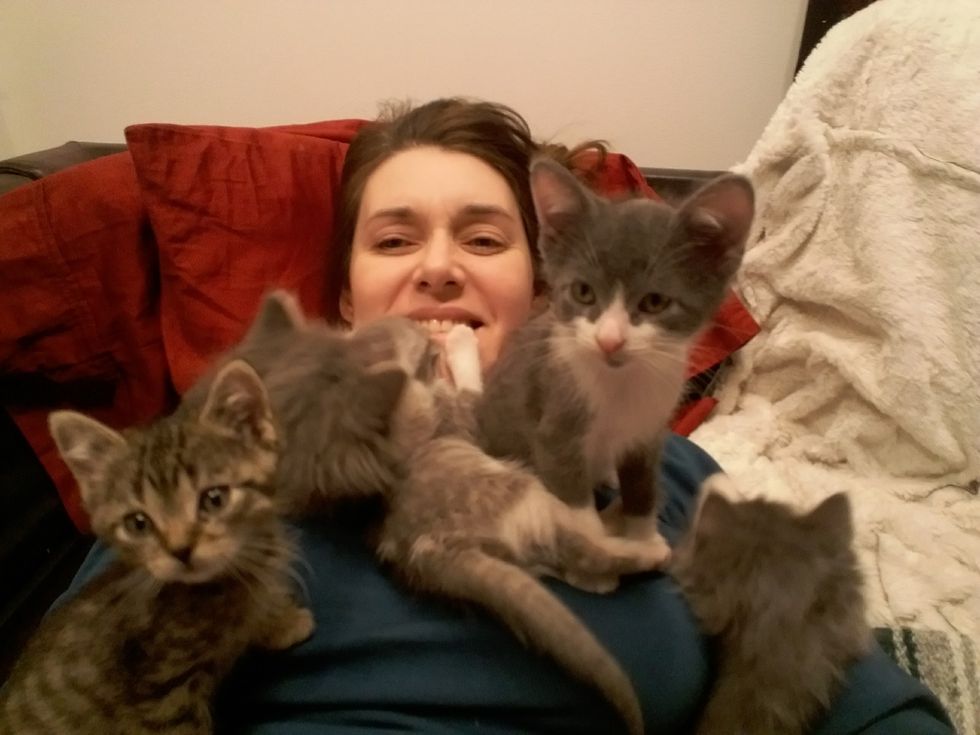 "It's lovely to see such confident and secure and loving young creatures explore their world. They are going to be wonderful companions for some lucky people," SCAT told Love Meow.

From fear to love.... What a difference fostering can make!

Related story: Man Found Kitten Huddled in His Boat and Raised Him into Floofy Cuddlebug