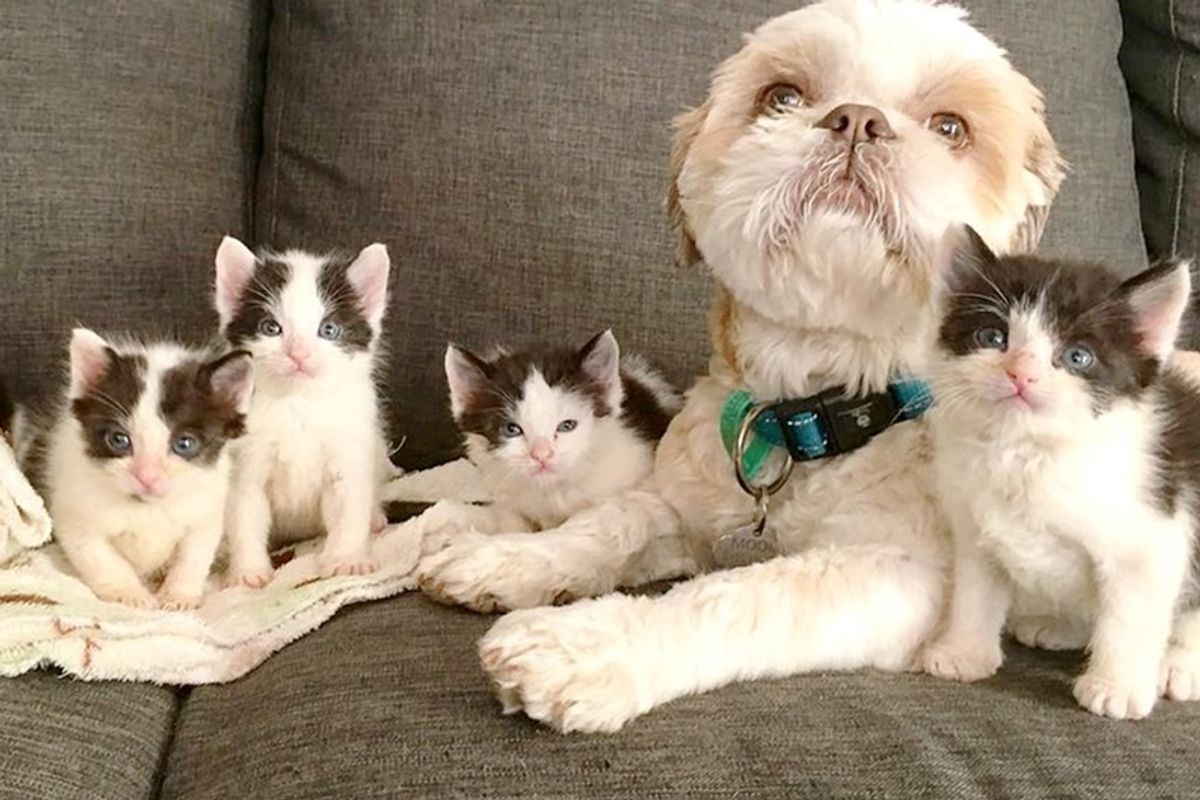 Dog Helps Raise Over 70 Foster Kittens After He Fell in Love with a 3-legged Cat.

A 5-year-old dog named Moon from Perth, Australia has helped care for 74 kittens that came into a vet clinic, in need of motherly love. 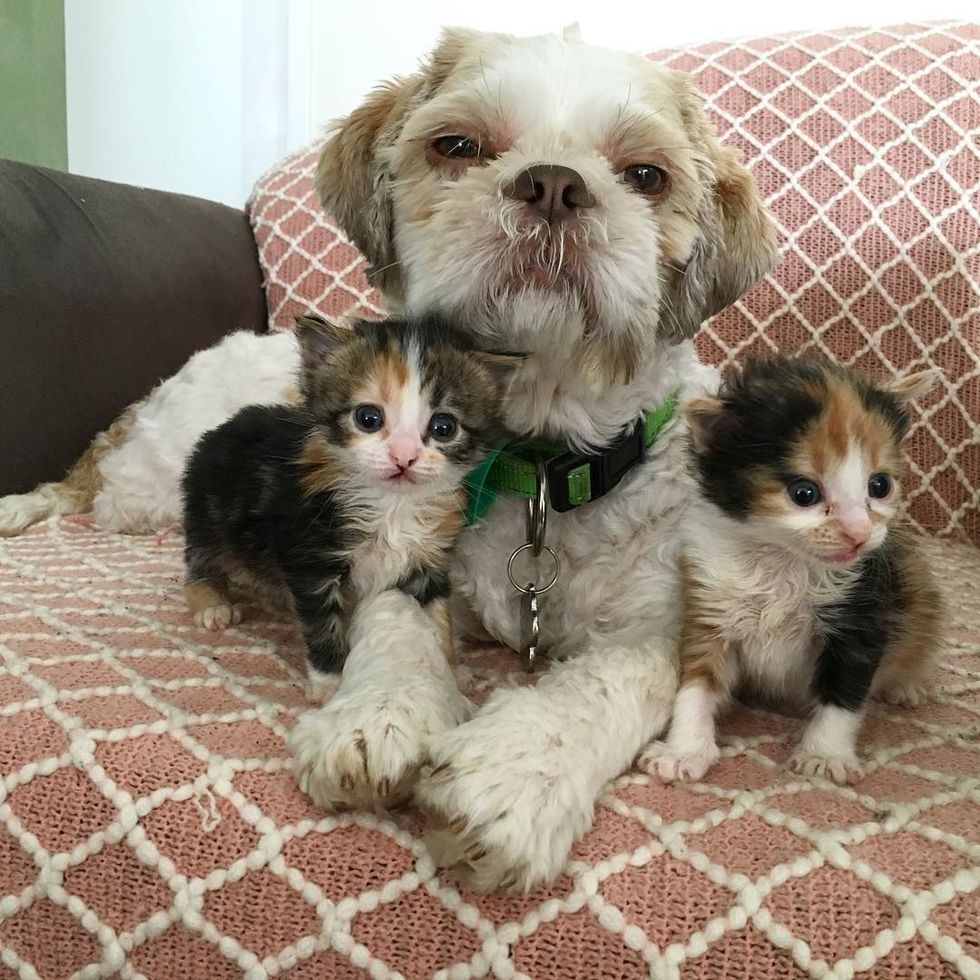 Kate Hayes, a veterinary nurse at Warwick Veterinary Hospital, found Moon when he was still a puppy. She brought him to work one day and quickly discovered his instinct to nurture animals in need.

If patients are scared to come through the door, Moon greets them and walks them to the room to be seen by a vet. "If an animal is sick and crying, Moon will stay beside their cage and cry with them. He has such a kind nature," Kate told Love Meow.

Four years ago, Kate decided to foster a 3-legged kitten named Phoenix. When her dog met the kitty, he was over the moon. 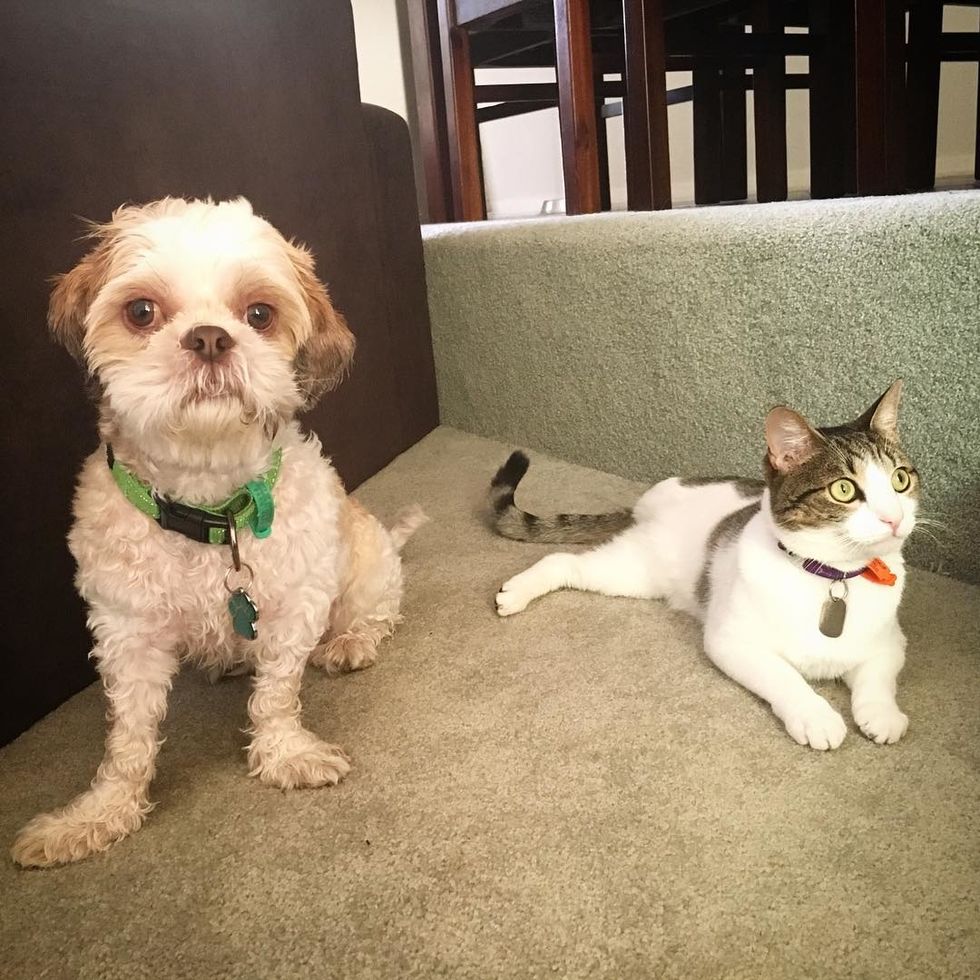 While Phoenix was recovering from her surgery, Moon kept her company the whole time, guarding and protecting her.

The two became a bonded pair. "She is now his feline sister," Kate told Love Meow. 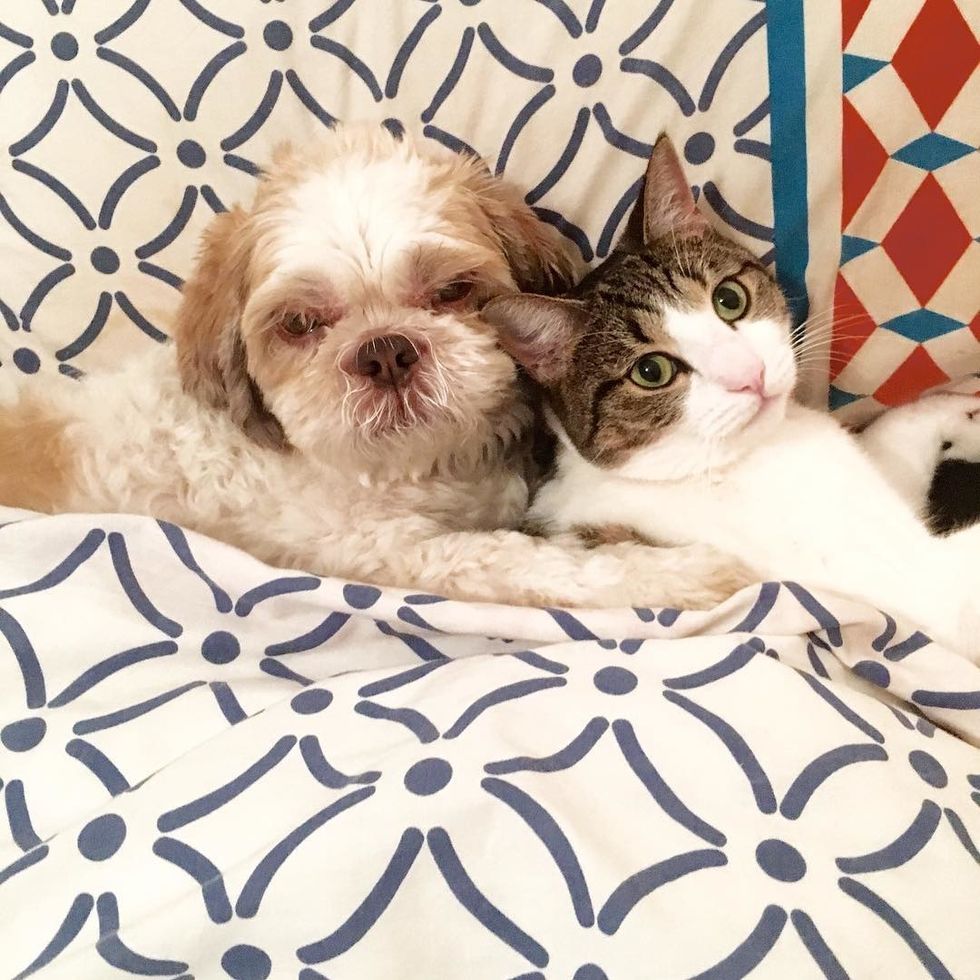 Moon and his best friend Phoenix the tripod catKate Hayes

After that, Kate brought home more foster kittens -- some of them were very shy.

Moon stayed by their side to comfort them and helped them come out of their shells. 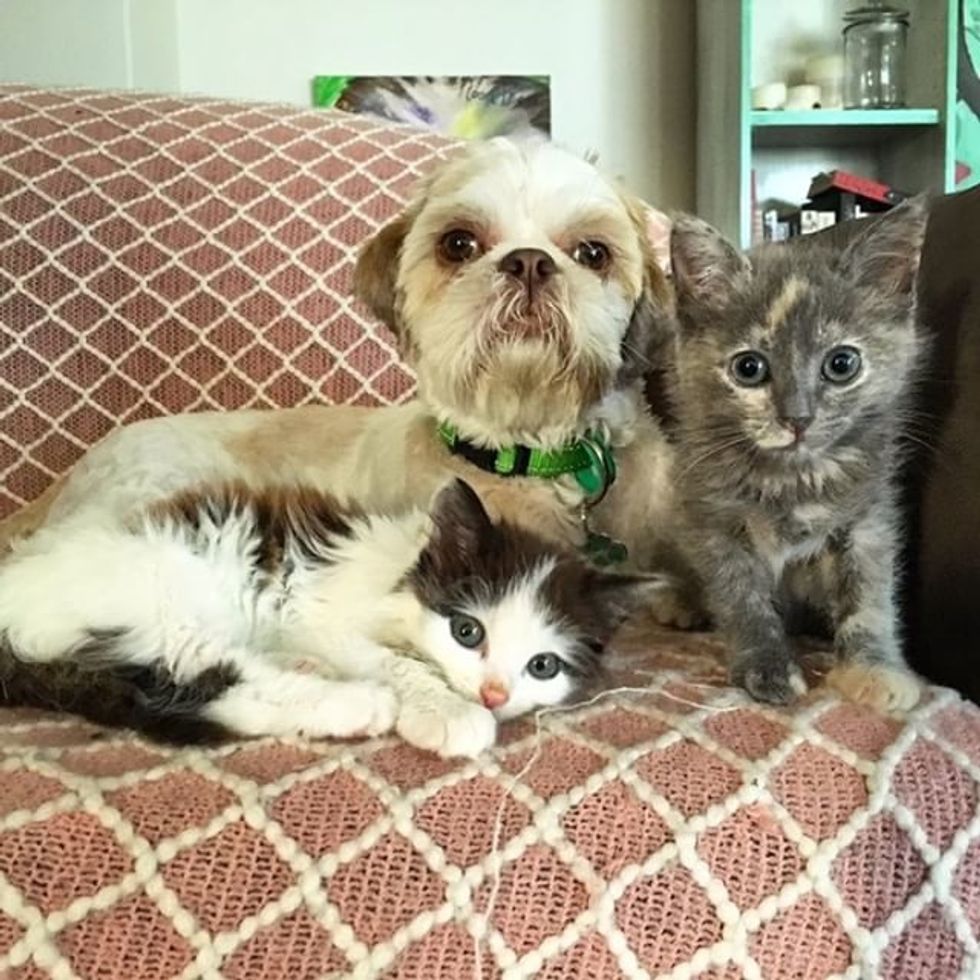 "When Moon hears kittens, his ears perk up and he runs to see where they are. When he finds them, he nuzzles them gently and lays with them. He really loves his babies," Kate told Love Meow.

Many foster kittens were orphaned so Moon offered to be their surrogate dad. 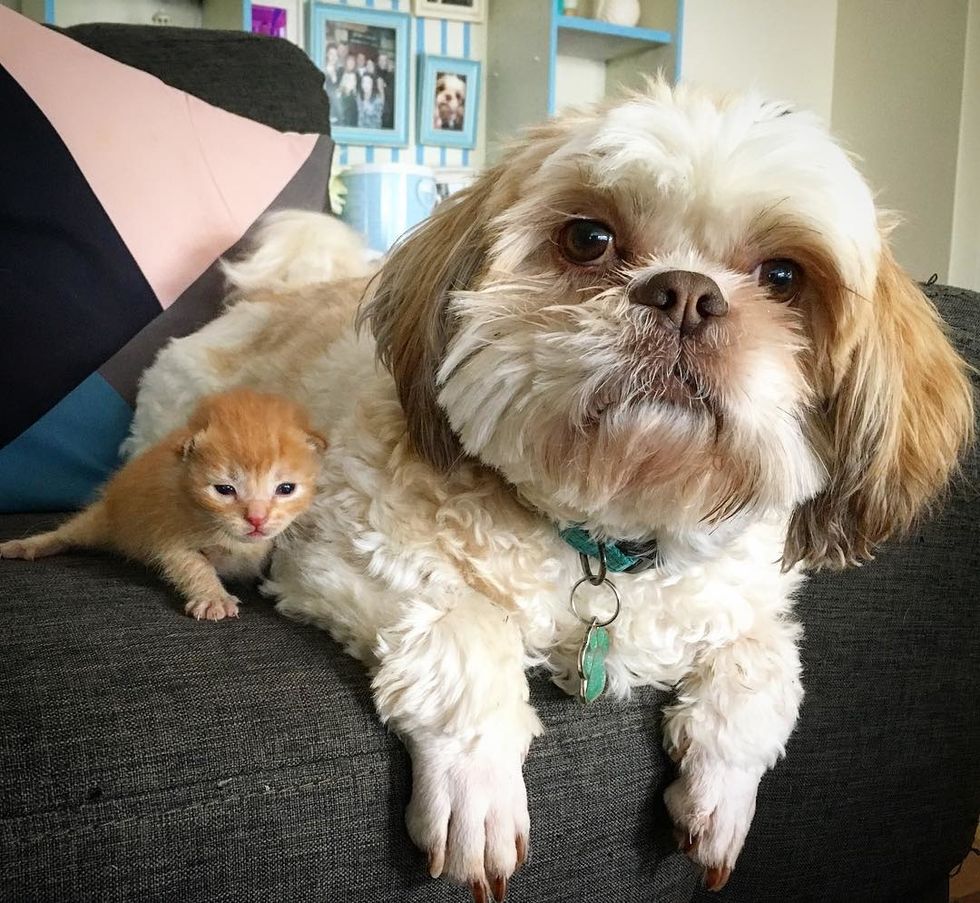 These tiny kittens were born by a c-section at the clinic. Moon helped bring them into the world. 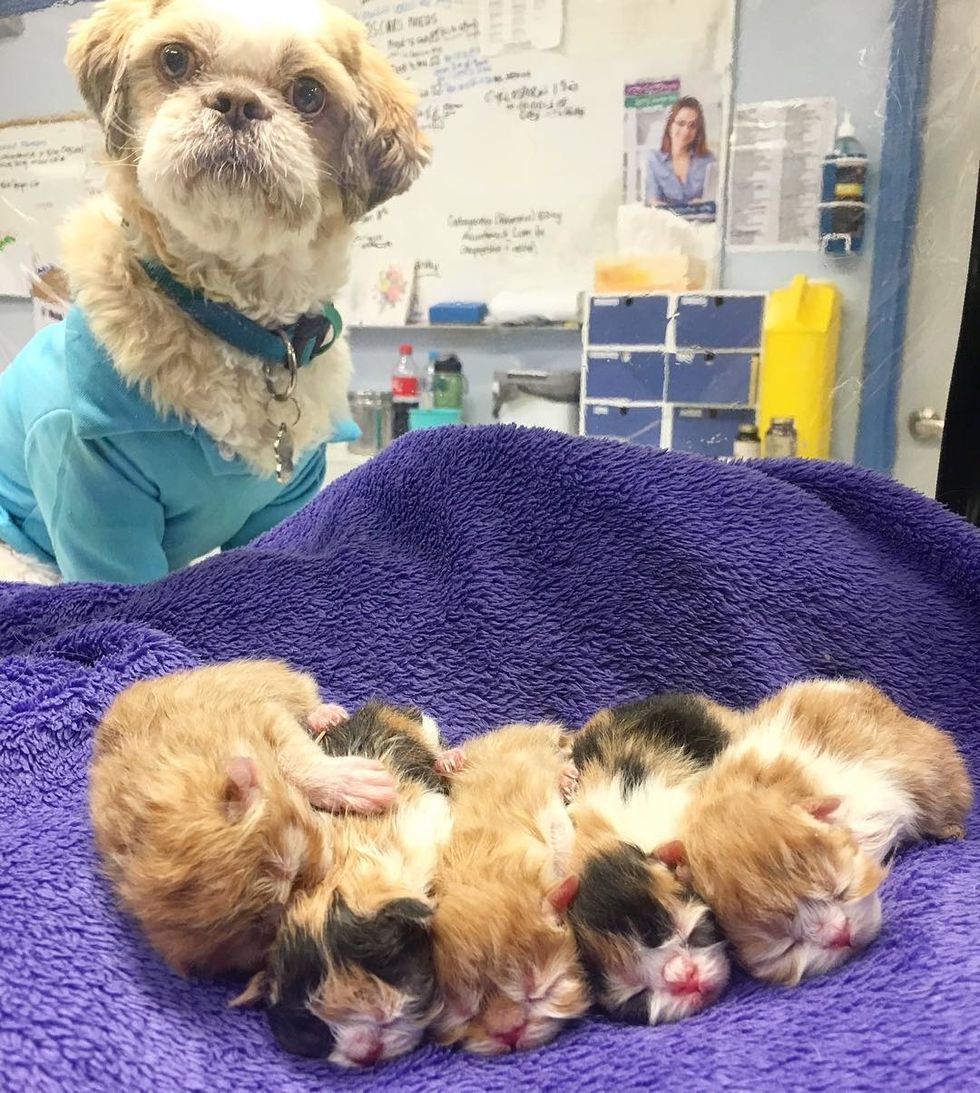 A litter of sick kittens came into the clinic after they were found abandoned at a rental property.

Moon showered them with snuggles while they received round-the-clock care from the staff. 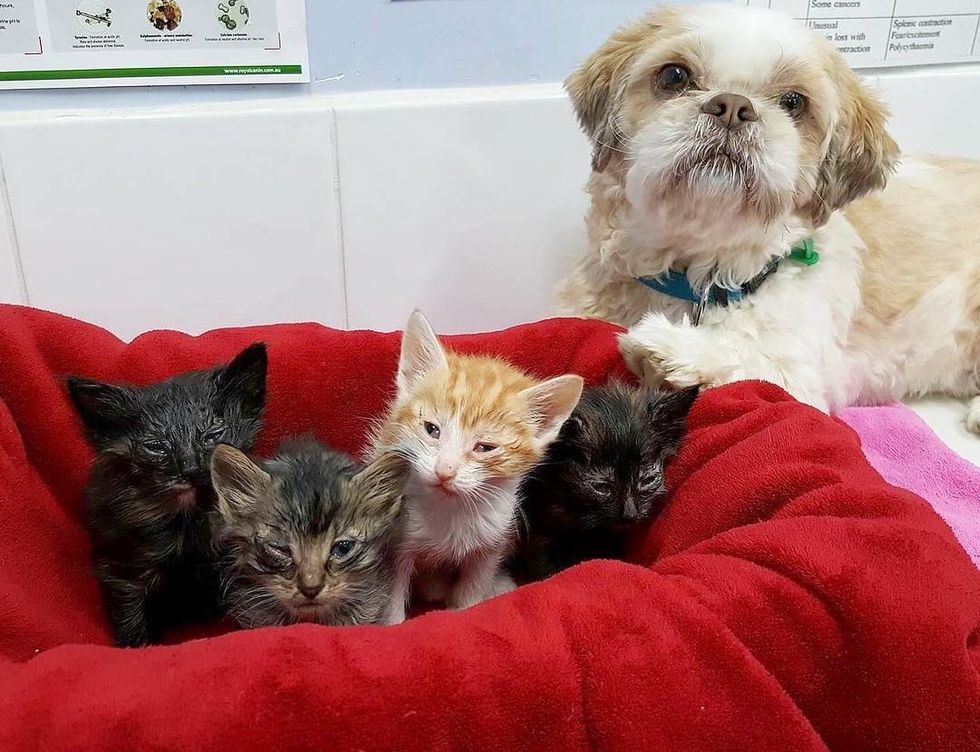 These ginger kittens were found on a strawberry farm. Kate was able to rescue them and bring them home to foster.

Moon stepped up to help and made sure that they were loved before they went to good homes. 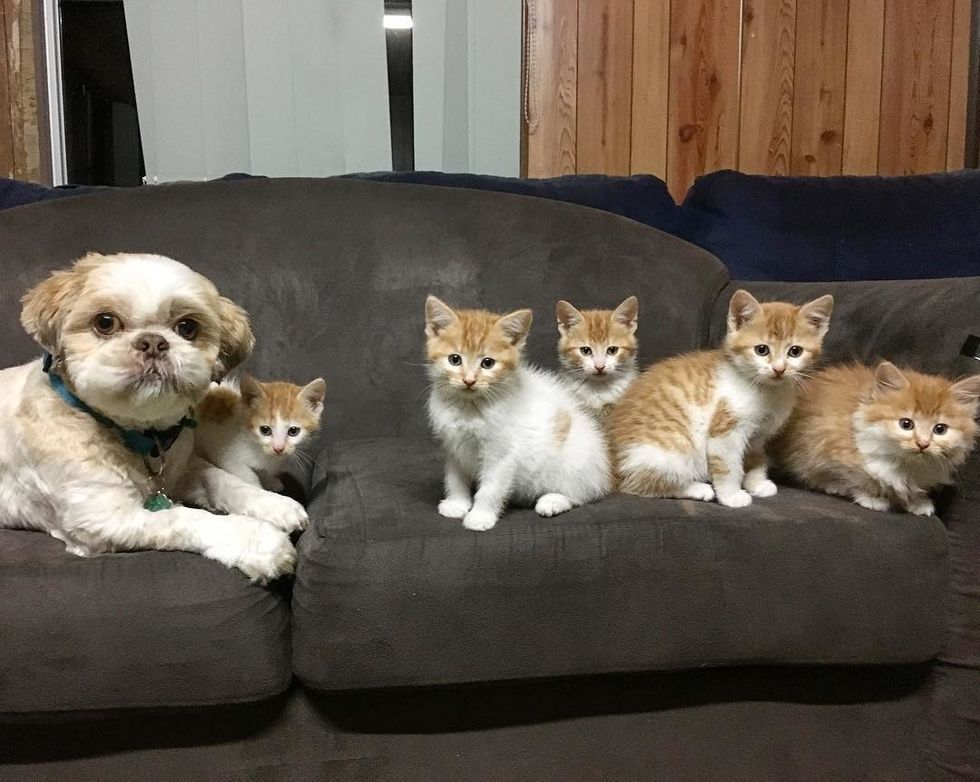 When a wobbly kitten came to their care, Moon was very protective and wouldn't let her out of eyeshot.

"She was found in an industrial area, very anemic as she was covered in fleas. She had burns on all four of her paw pads and was really wobbly on her feet."

With encouragement from Moon, the kitten learned to walk and play and became stronger by the day. 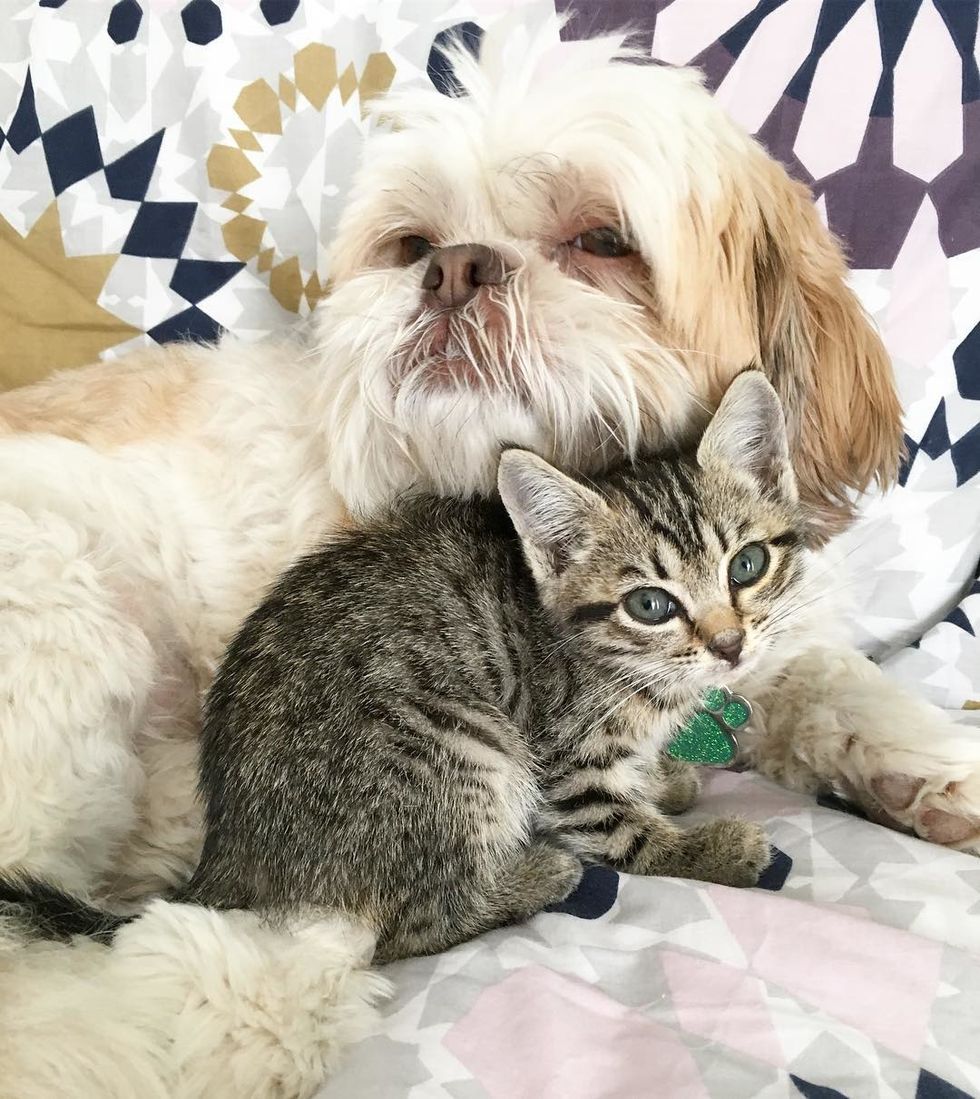 Three orphaned babies were brought into the clinic in need of motherly love.

Moon snuggled up to them and offered some much-needed TLC. 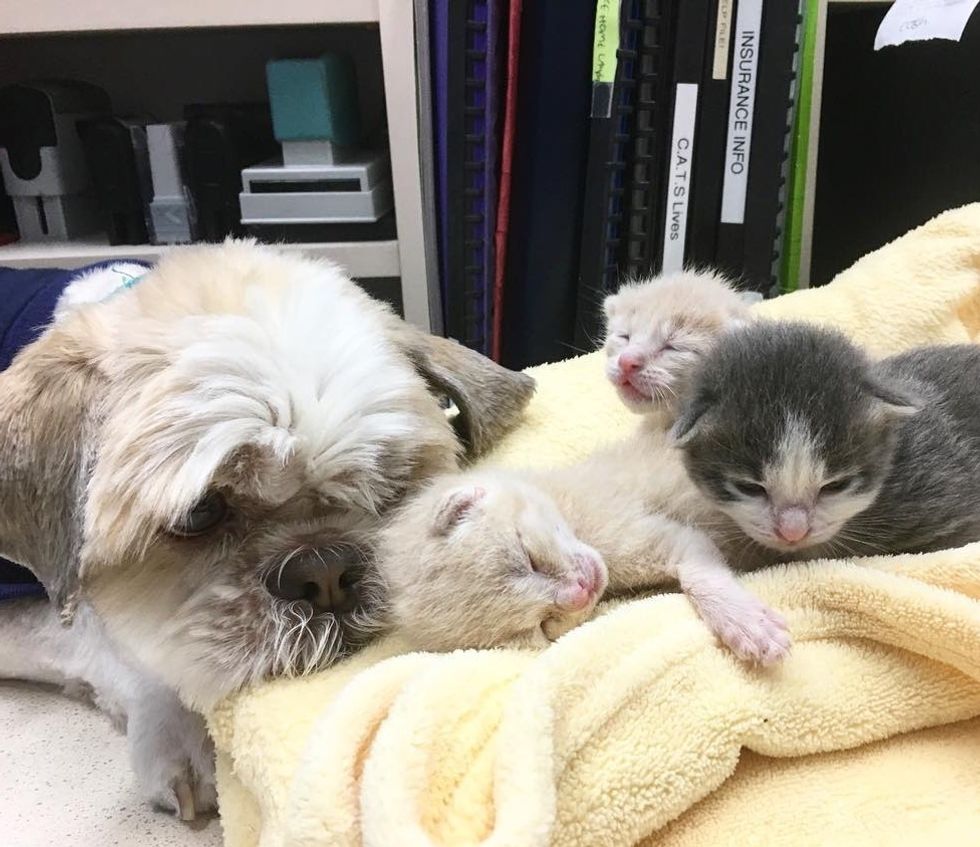 Moon's daily duty: snuggling up to the little ones after their feed. 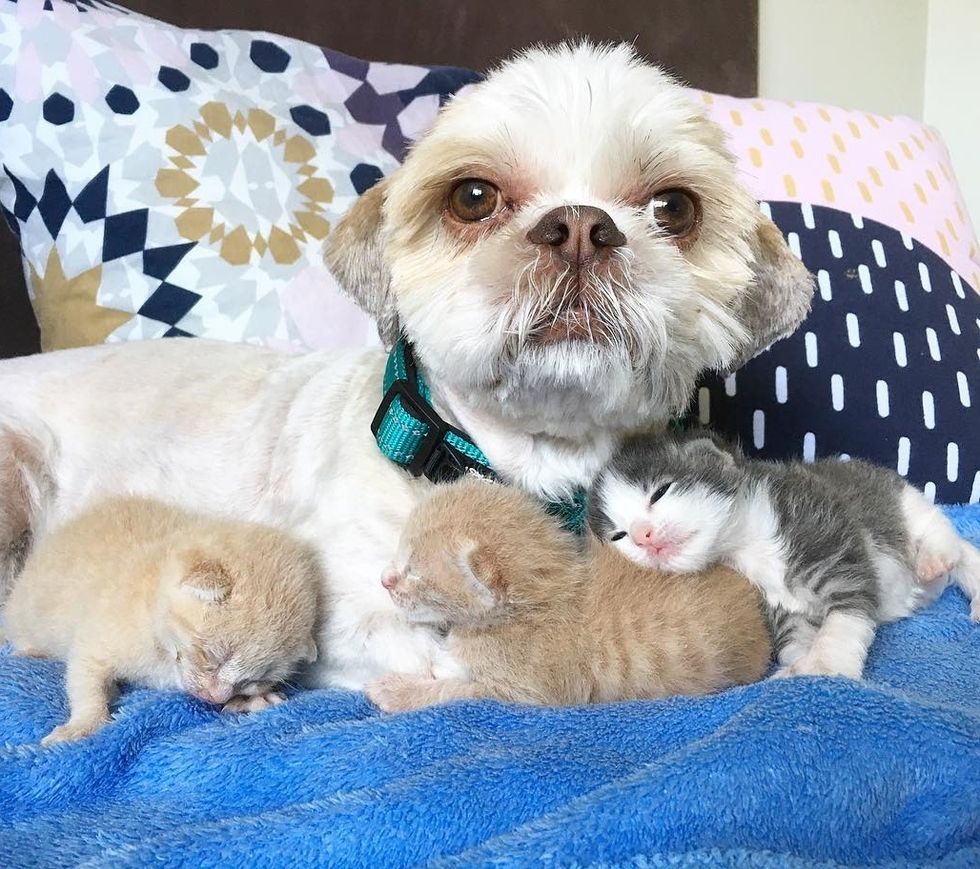 The little kittens follow Moon around the house. They adore their surrogate dad. 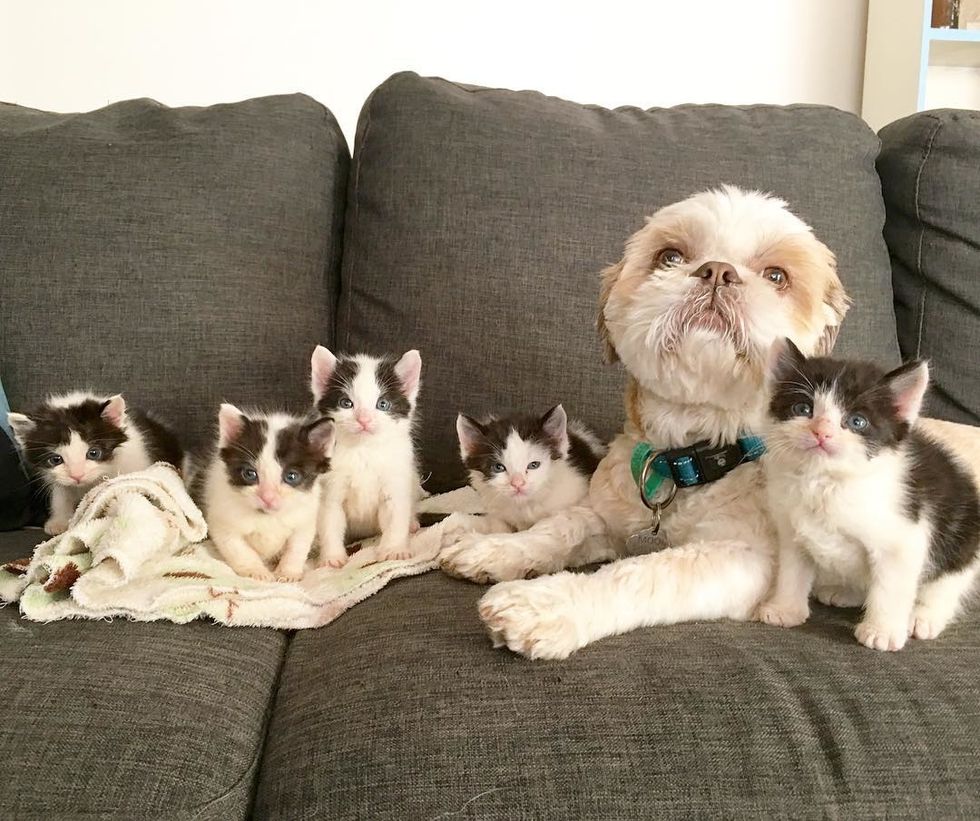 "He has been foster dad to 74 kittens so far two of which are still at our house, and the others have gone on to live happy healthy lives with their new owners," Kate told Love Meow.

Moon teaches his best friend, Phoenix the tripod cat, how to foster a kitten. 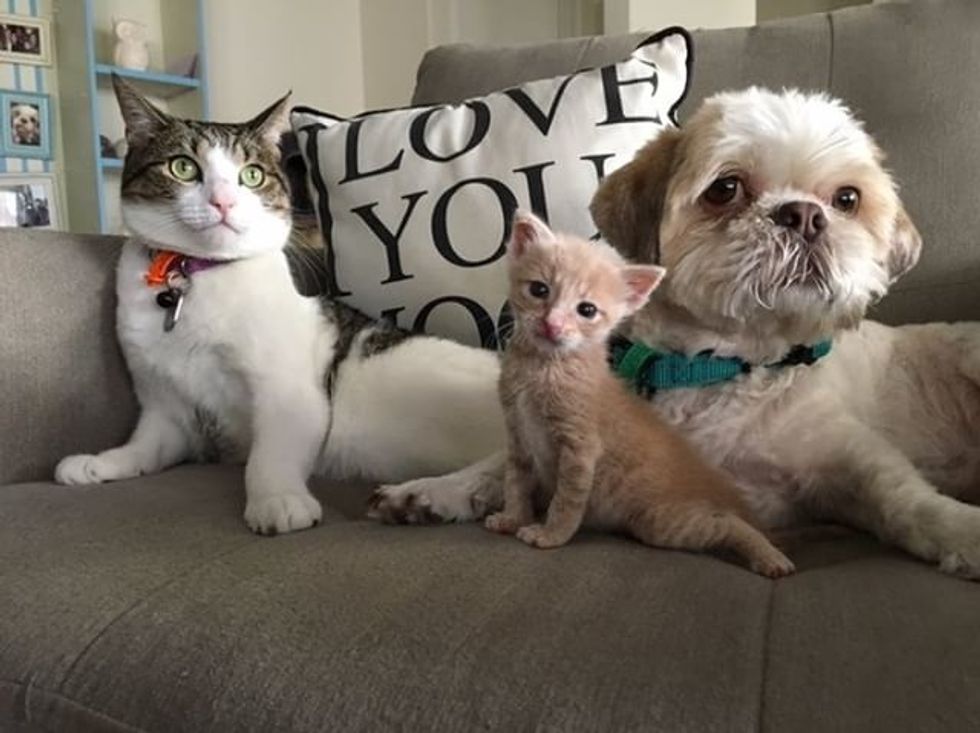 Watch their adventures in this cute video: