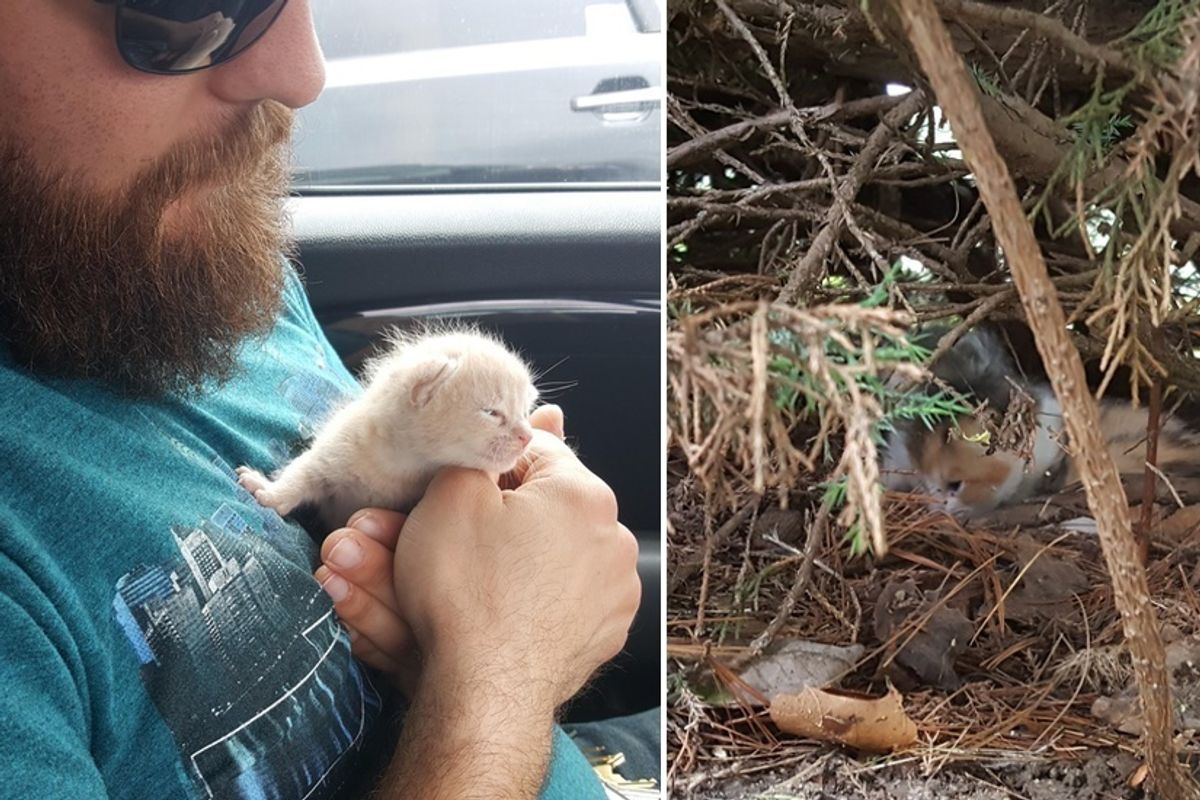 A family heard kitten cries from outside the house and couldn't believe what they found. 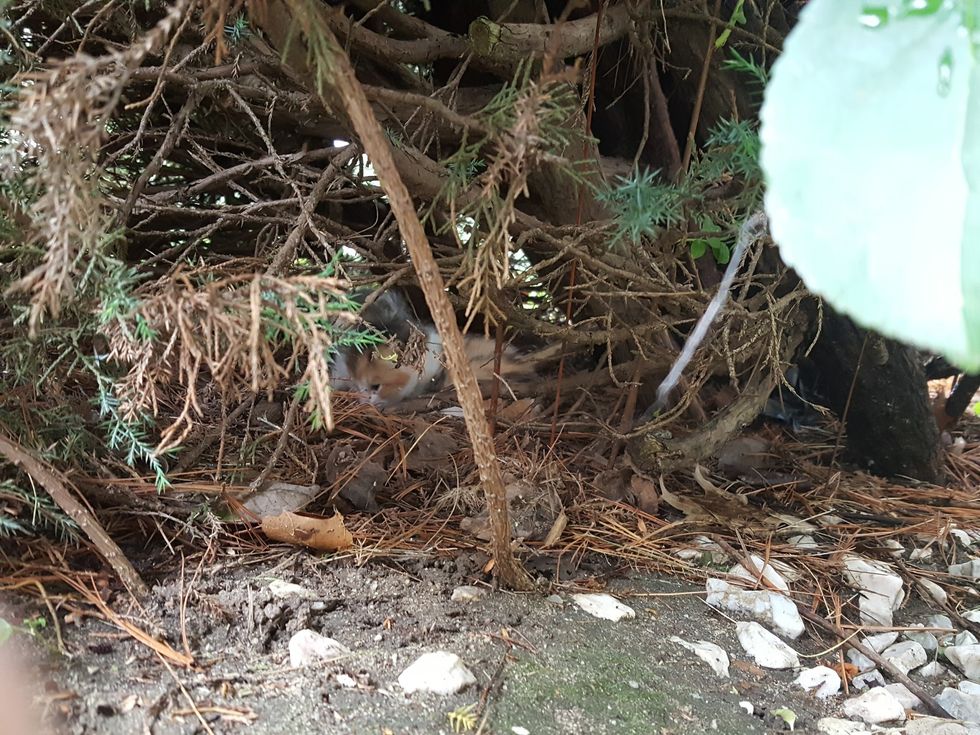 "We heard an animal calling during the night from outside. It didn't stop all night," imgur user holyhellwhat said.

The family waited for the mother cat to return, but after many hours, she never did. It was getting cold due to the rain, so they decided it was time to intervene.

"We followed the sound and found not one, not two, but three kittens." They were hiding in a bush, and one of them had climbed to the top and couldn't get down.

They used a pair of heavy duty gloves to help them pry the bush open so they could get to the kitten. "One had been stuck almost all the way at the top of the bush."

All three babies were no more than 2-3 weeks old, covered in fleas and ticks. "The black bits is blood from where we removed the ticks." 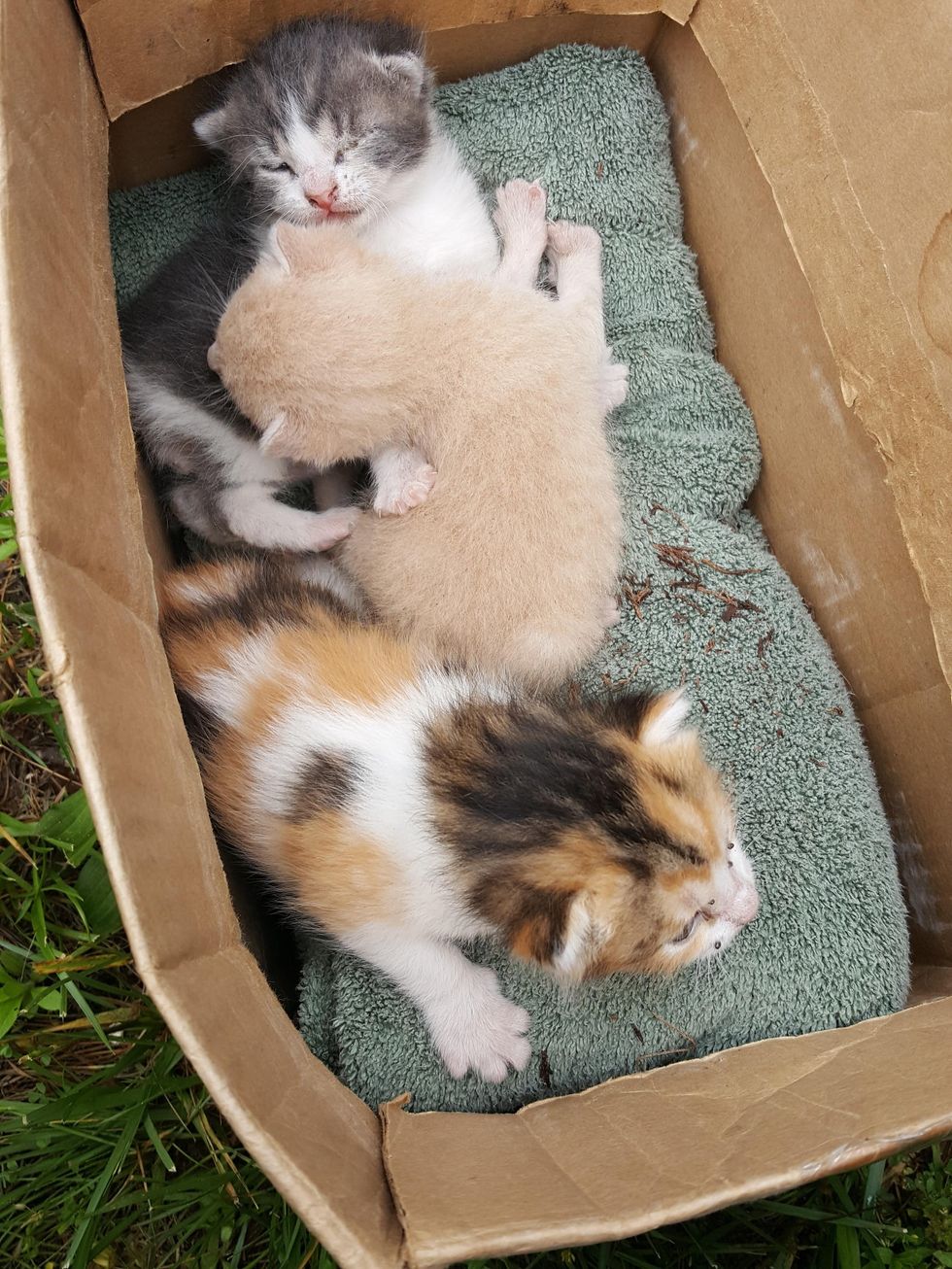 The kittens were hungry and in need of a lot of care, so they took them home to foster.

"The beard was bigger than they were." 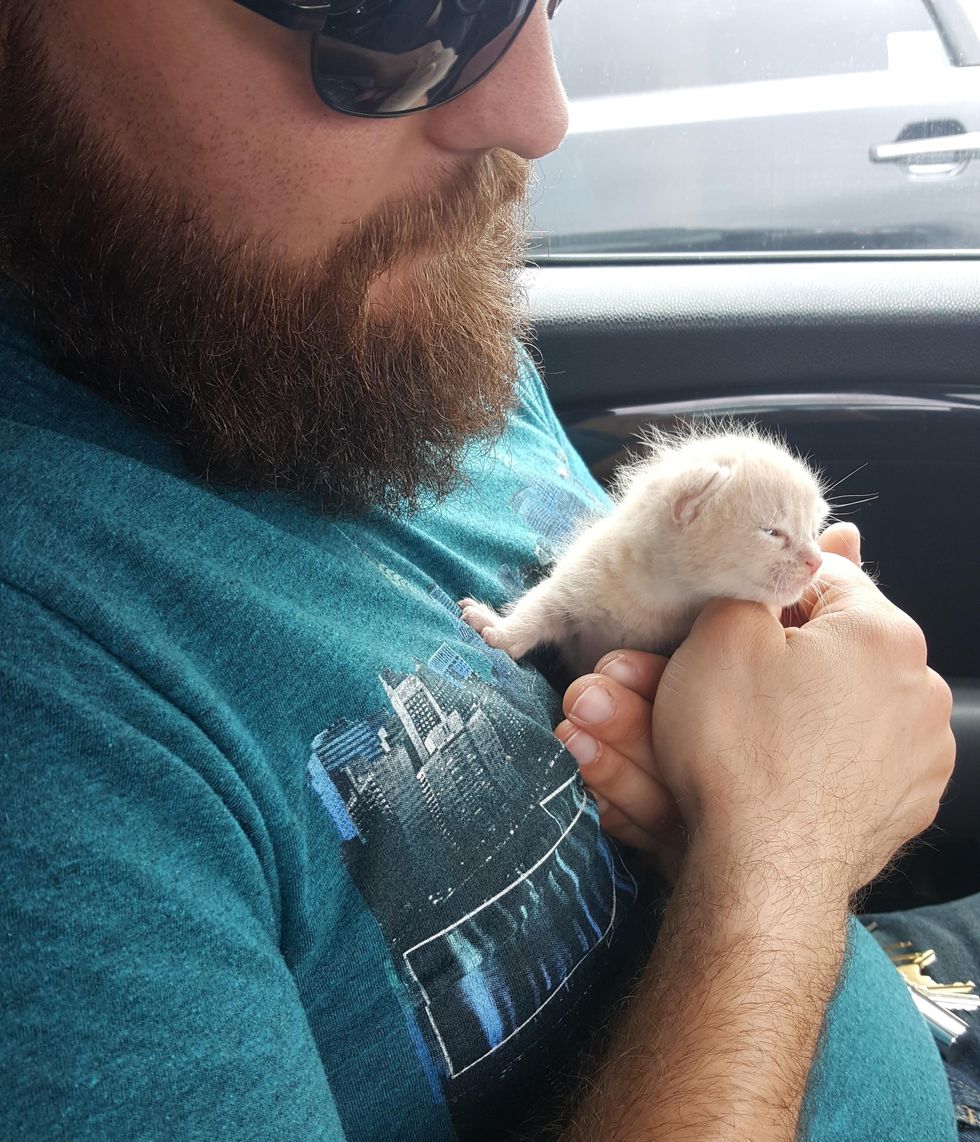 After removing all the ticks one by one, the kittens were finally tick free.

They fell asleep on a warm towel. 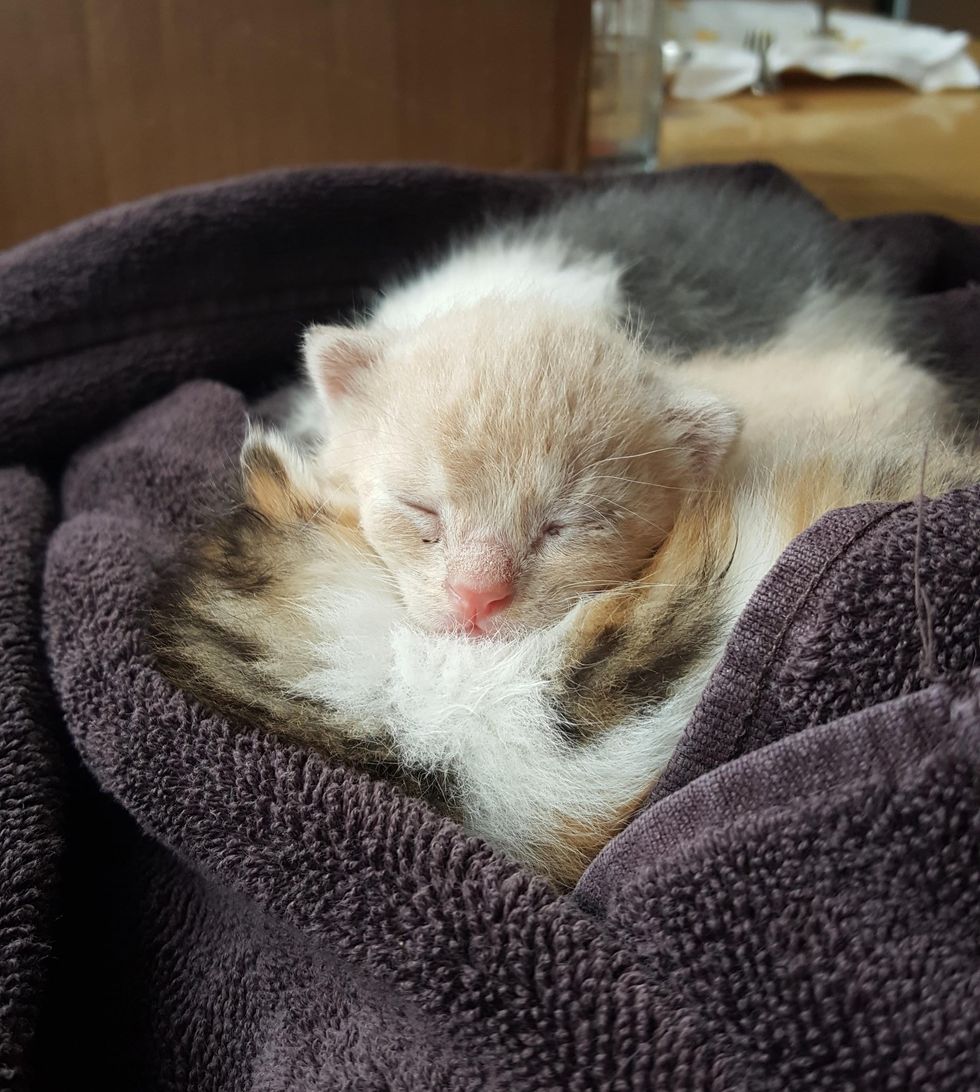 After each meal, they snuggled up together in their human's lap, purring away. 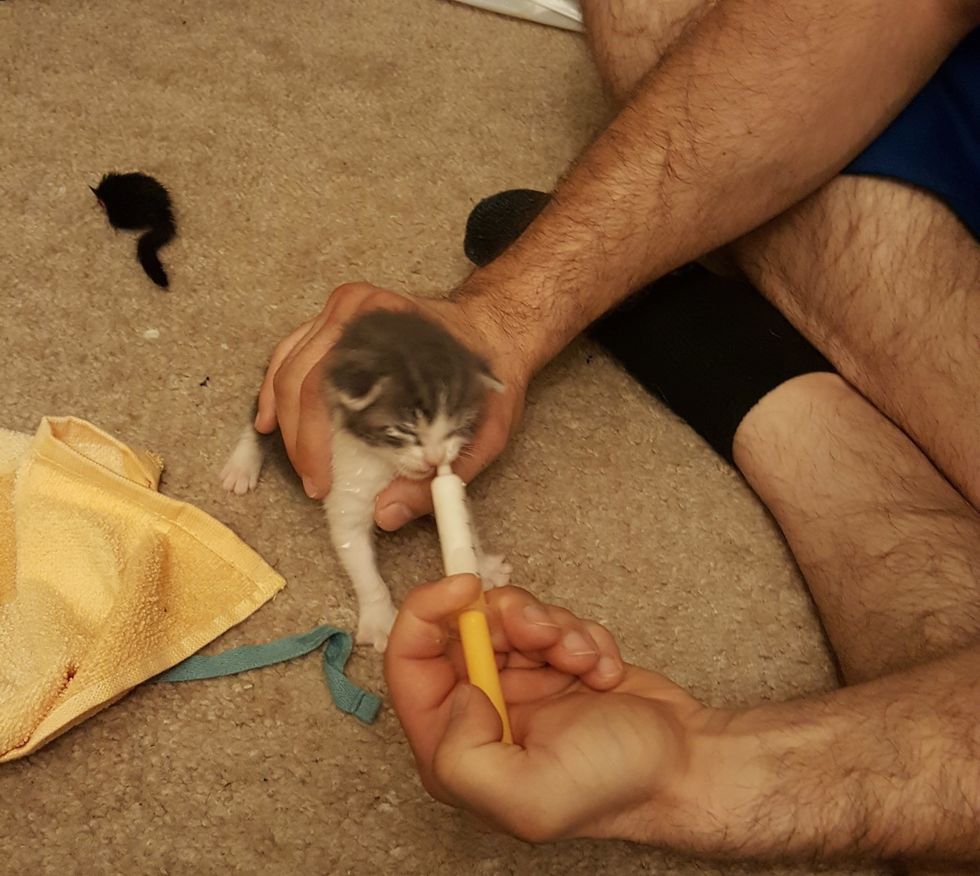 "Right to left we have Eenie, Meenie, and Miney."

The ginger kitten was the tiniest. He was the one stuck in the bush and cried the loudest to get help. 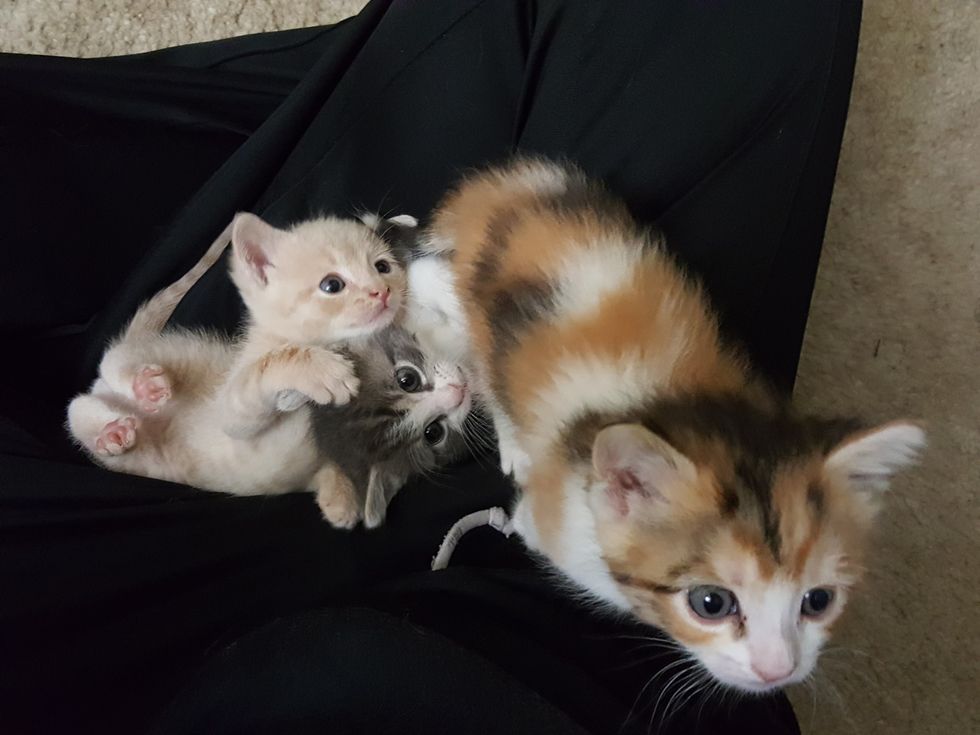 The family brought them a heating pad and a surrogate mama to snuggle with - a cuddly toy named Floppy. 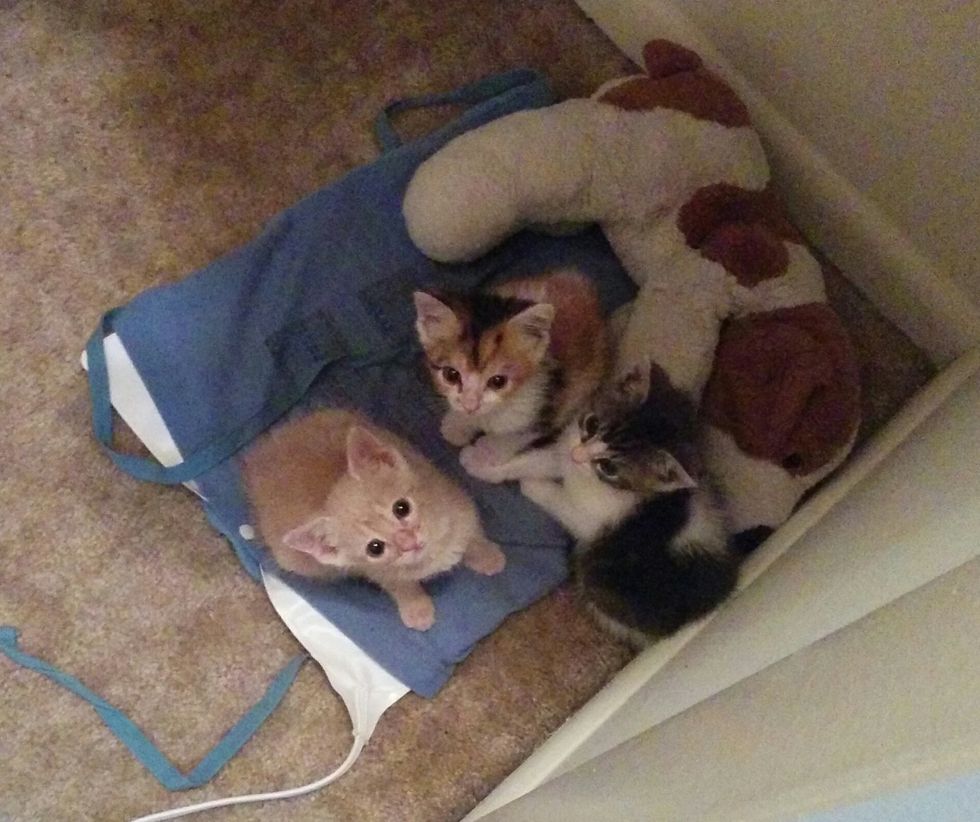 The kittens found their favorite place to nap - their humans' bed. 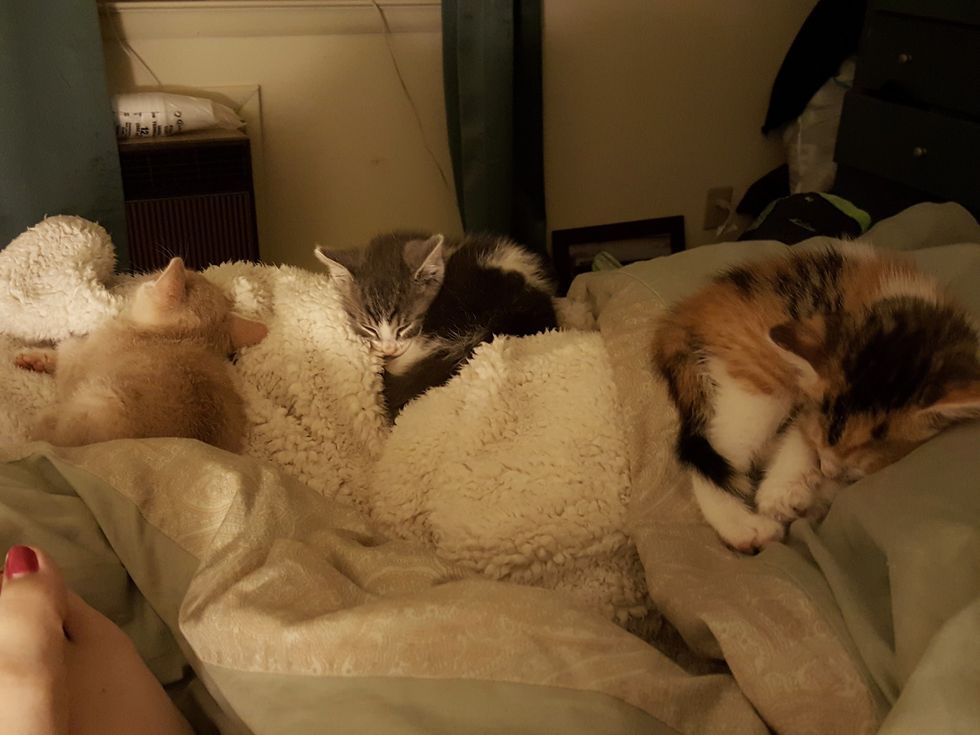 They loved sleeping next to their human dad.

"I ended up sleeping on the couch after this," human mom said. 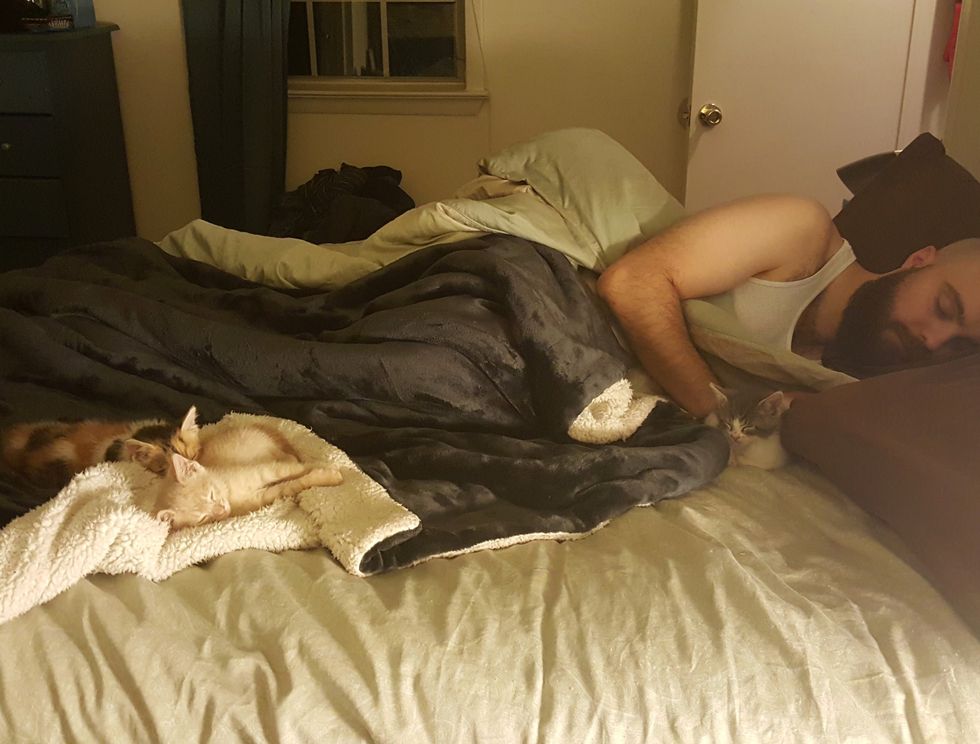 Every time they sat down on the couch, the kittens hopped on their lap one after another and cuddled up for a nap. 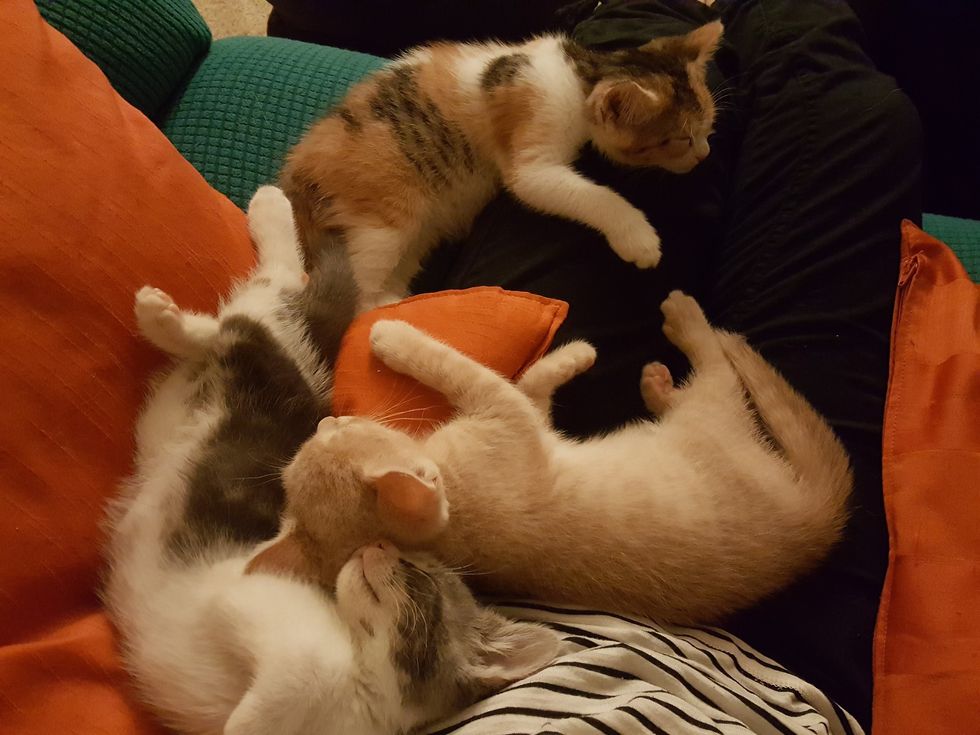 "Hard to believe they were tinier than this when we got them."

Eenie and Miney were adopted together, and Meenie, now Milkshake stole the family's heart and is there to stay forever. 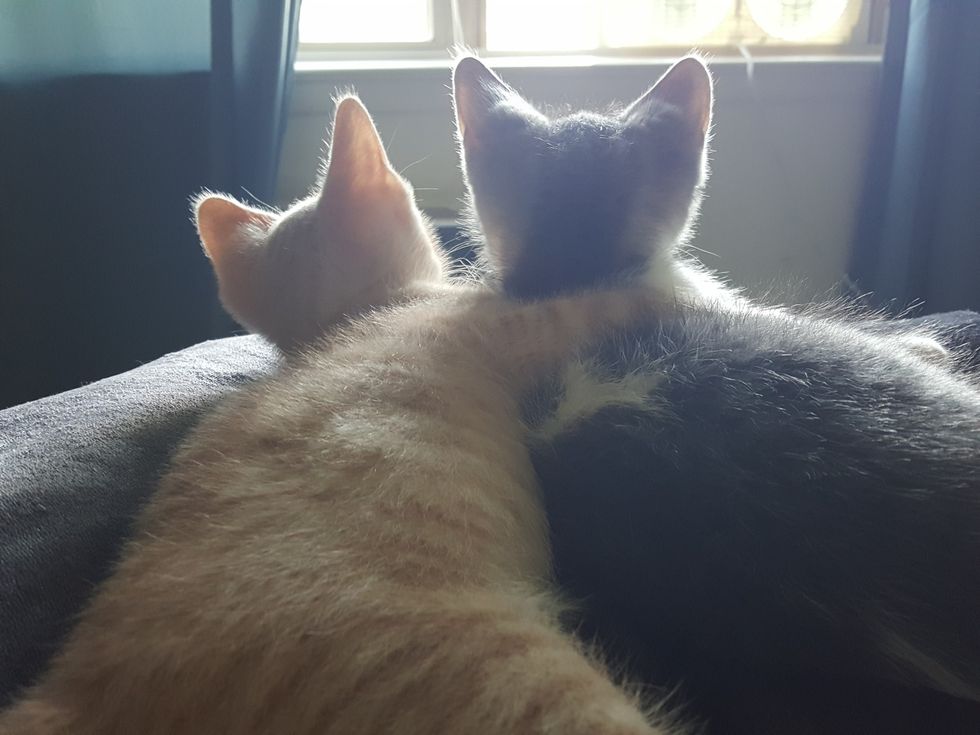 Share this story with your friends. More info at imgur.