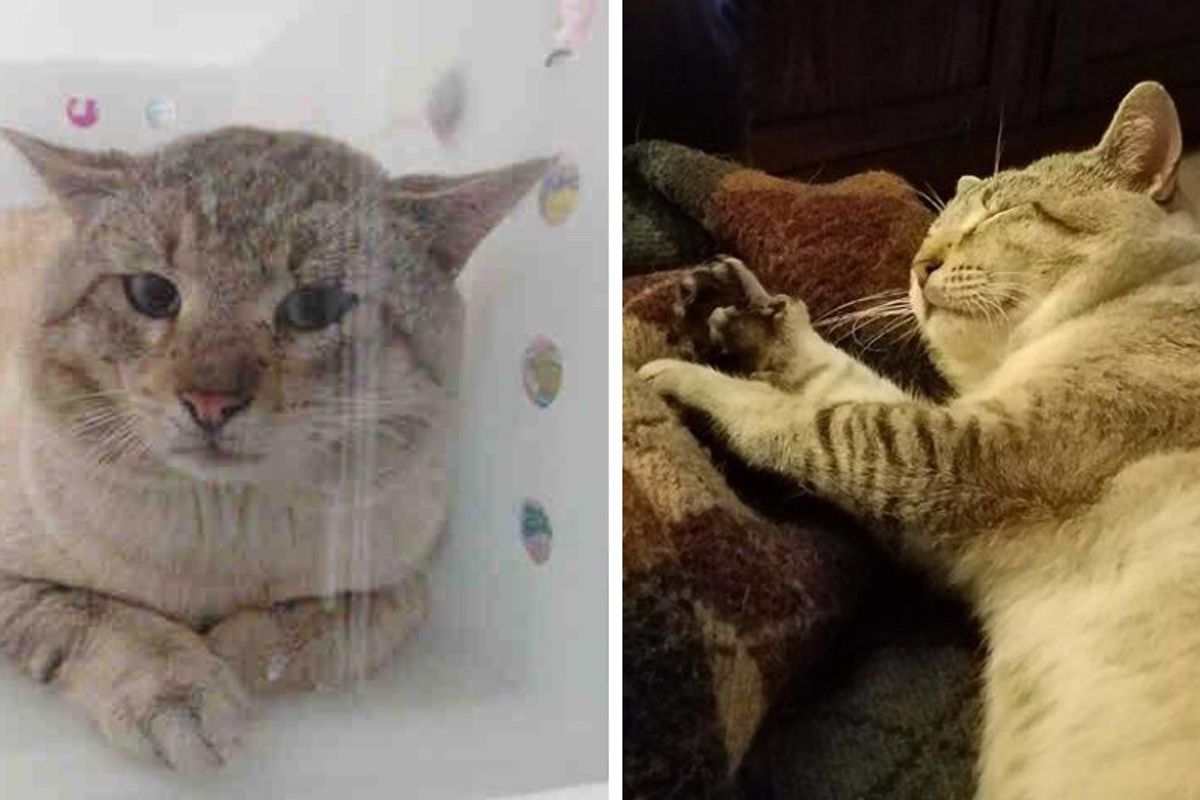 Feral Cat Who Was Saved from Death Row, Experiences Love for the First time…

A feral cat was rescued from a shelter right before he was scheduled to be euthanized. He was frightened and wanted nothing to do with humans. A rescue group took a chance on him and found him a home where he would thrive, it turned his life around. 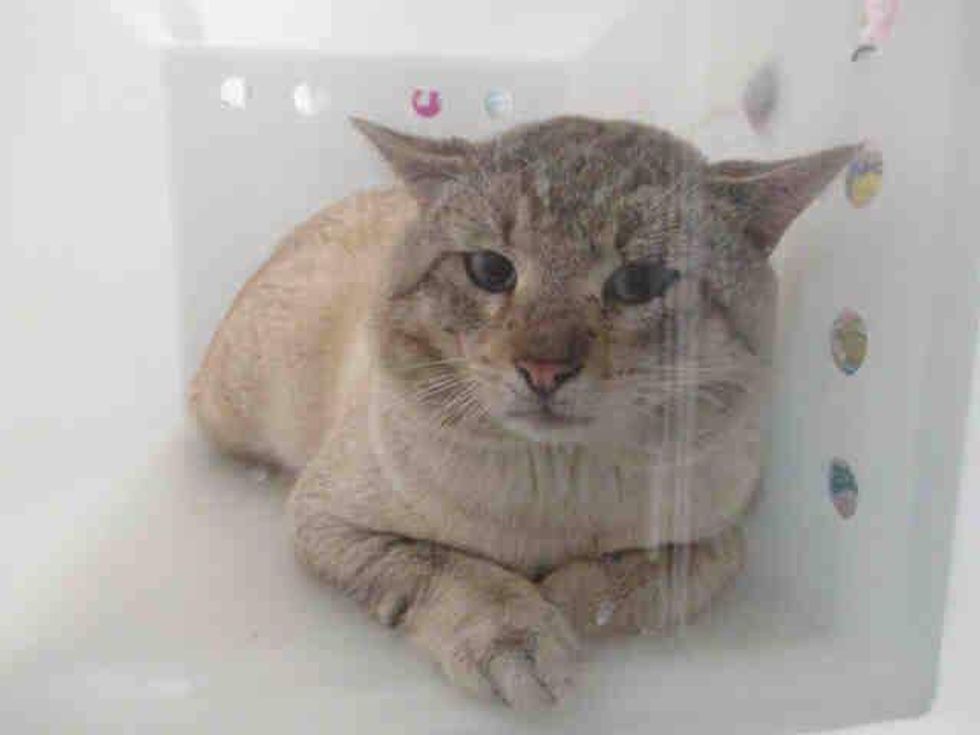 Crabby came to Love Your Feral Felines, a rescue group in Bonsall, California, after they saved him from death row. "Mr. Crabs had a rough start. This guy was SO unhappy to be with us when we got him," the rescue told Love Meow.

Love Your Feral Felines saves feral cats from shelters and place them in barn homes that need help with rodent control.

Crabby was paired up with a home right away but he was so stressed and angry during the first couple days of transition. After four weeks, Crabby still didn't want his family to get anywhere near him and started taking refuge in their garage.

"I would leave the door open to the outside backyard but he would never go out there. He quickly adjusted to life in the garage," Crabby's human mom told Love Meow. 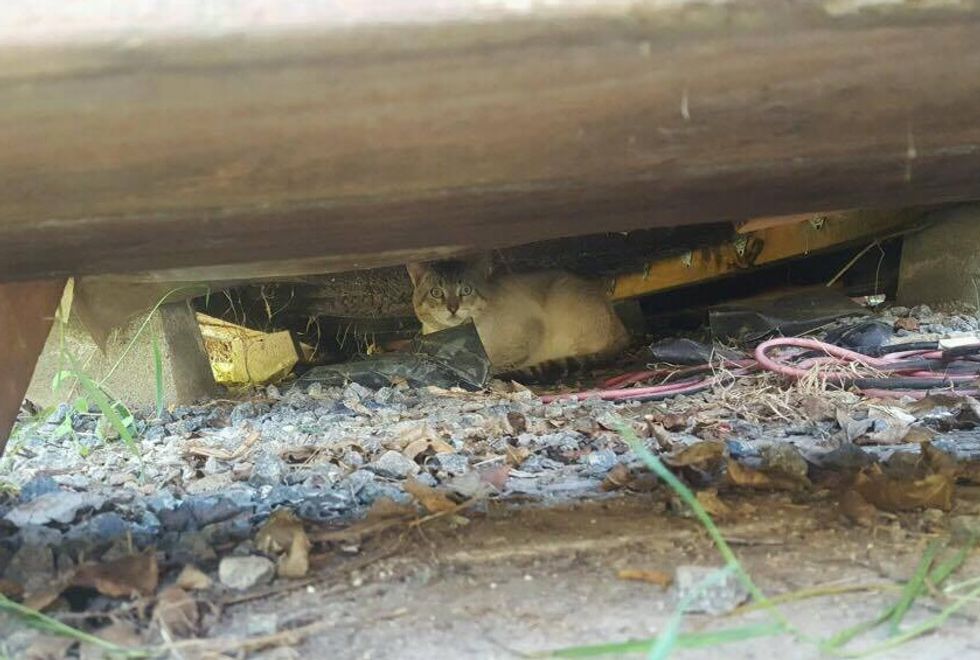 "When I would come into the garage he would jump out of it and hiss. Eventually he would stop jumping up and just look at me and hiss."

They started taking his food outside the garage and that's when they realized that he wasn't excited about the outdoors at all. Mr. Crabs mustered enough courage to get to the back patio door and meowed to let in. 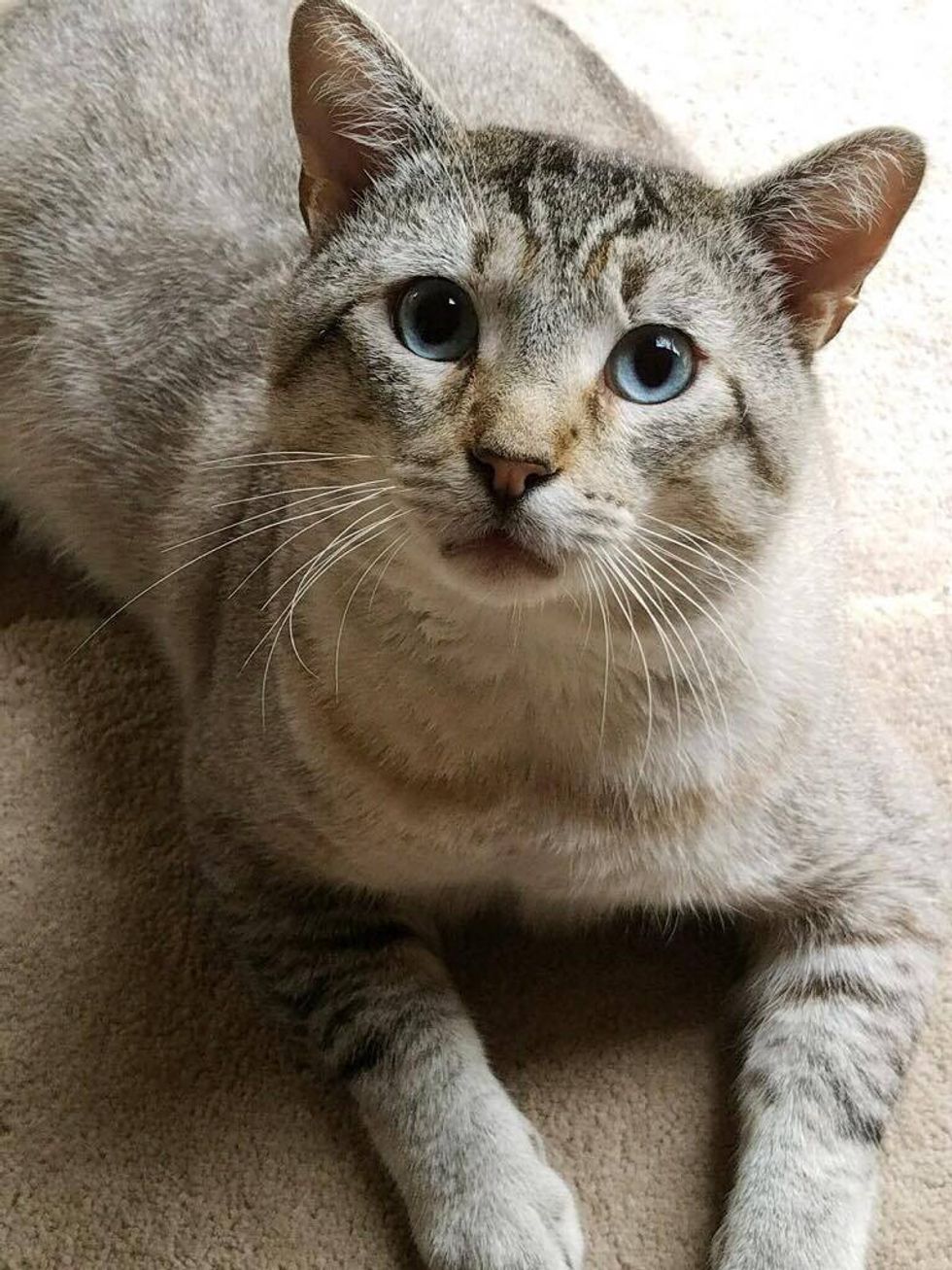 The family had a dog door installed but their resident dog never used it. Mr. Crabs decided he would take advantage of it if that meant access to inside.

As Crabby became more comfortable with his surroundings, he surprised his family one day by sauntering into the house without running away from them. They were so happy to see how far he had come and continued letting him do things on his own terms.

About six months later, Crabby decided that his humans weren't so bad after all. 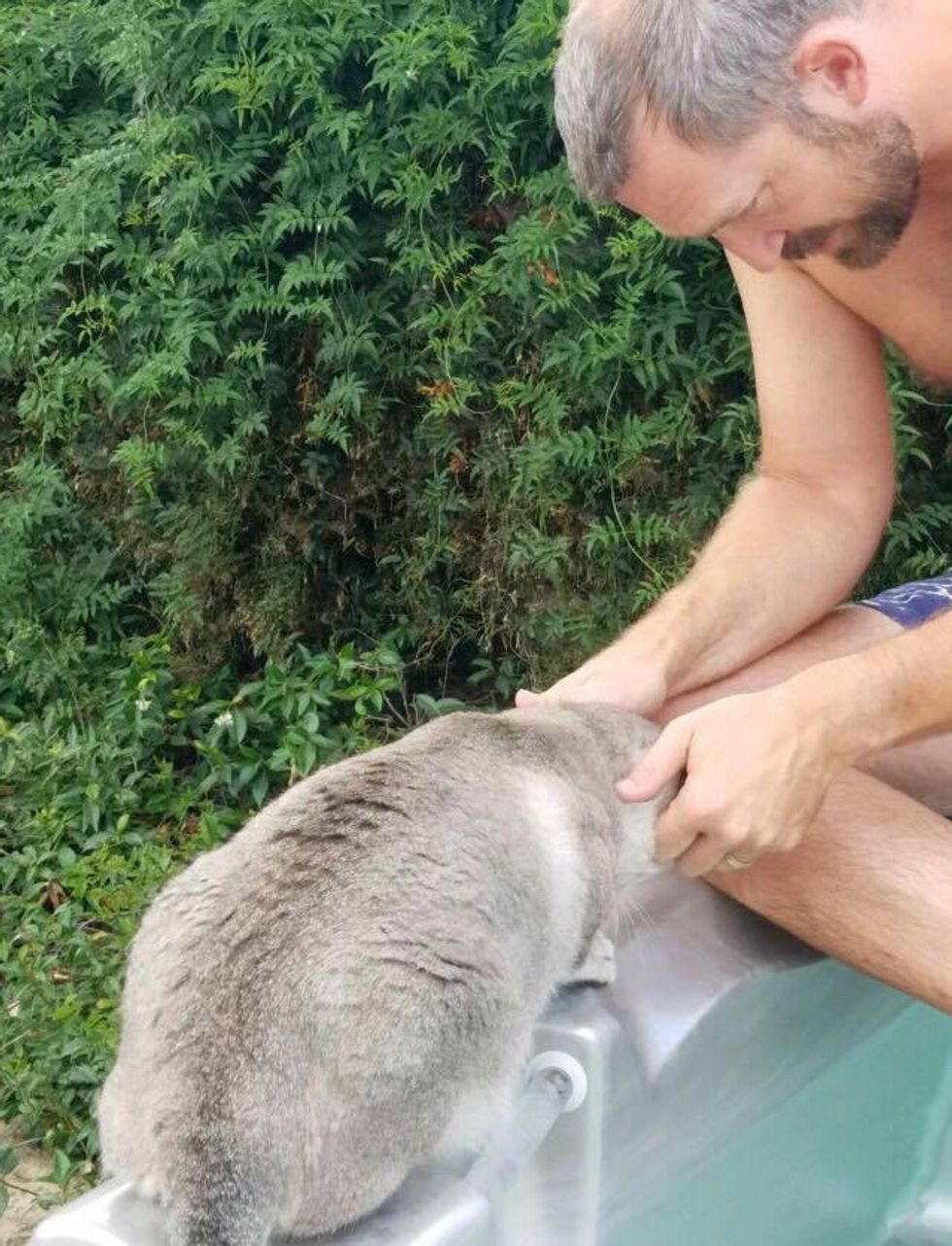 He started jumping on the couch for love and the rest is history.

"He is now an inside cat. He will go outside but only to hang with us. He is a very happy little man." 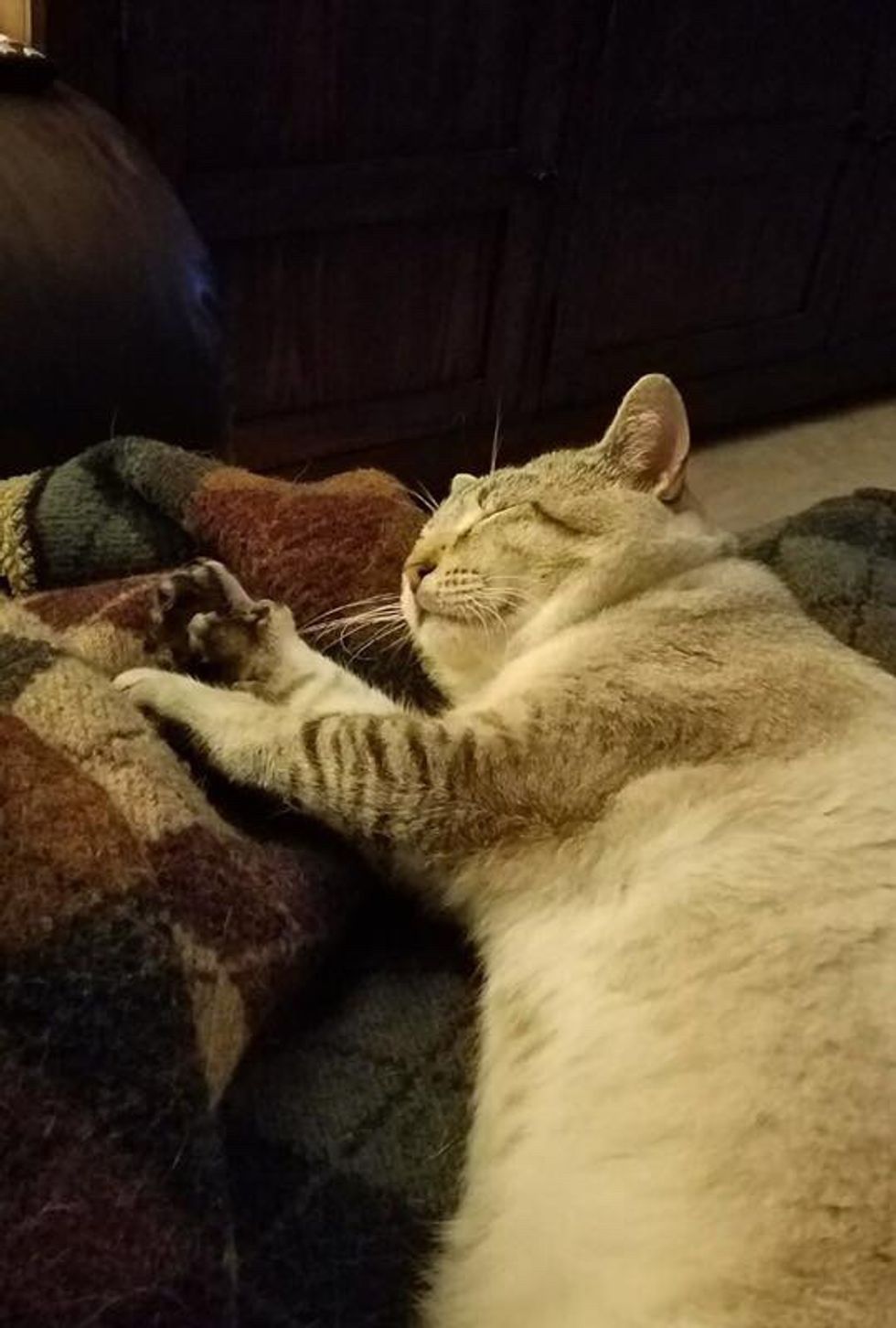 Crabby loves his food and back rubs from his human dad. He's a daddy's boy.

"It's interesting since dad didn't want another cat after we lost our old orange tabby last winter. He just couldn't get over him. Mr. Crabs has won him over and he goes to him for lap time. It makes me happy that Crabs fills that hole." 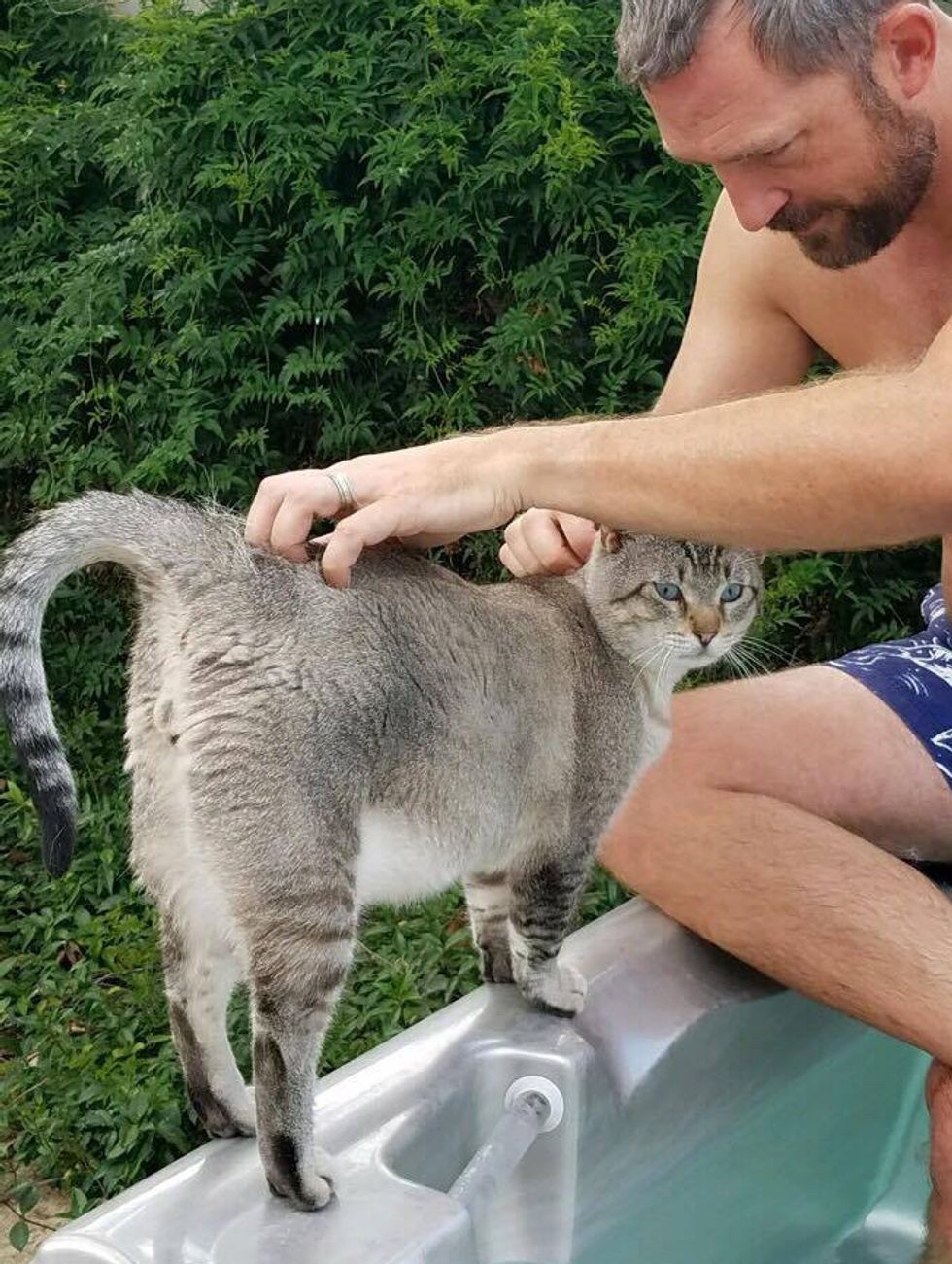 They gave Mr. Crabs a second chance at life while others had given up on him. His family was loving and patient with him and made him feel like he belonged.

Six months later, it's hard to believe that he was once feral and absolutely terrified of humans. The sweet kitty has transformed into a cuddly lap cat.

"Now he just can't get enough attention and love." 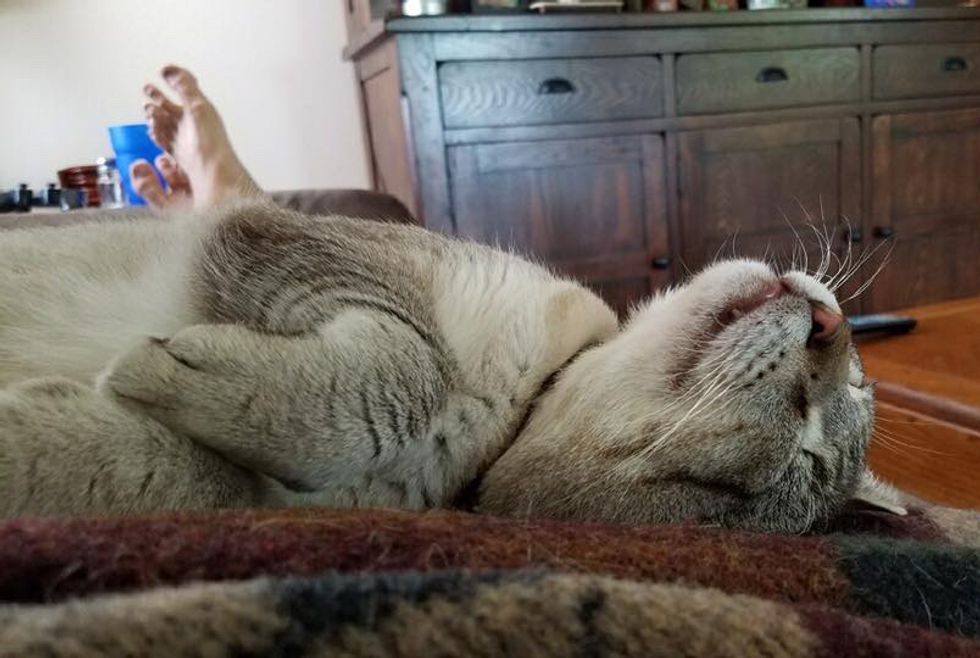