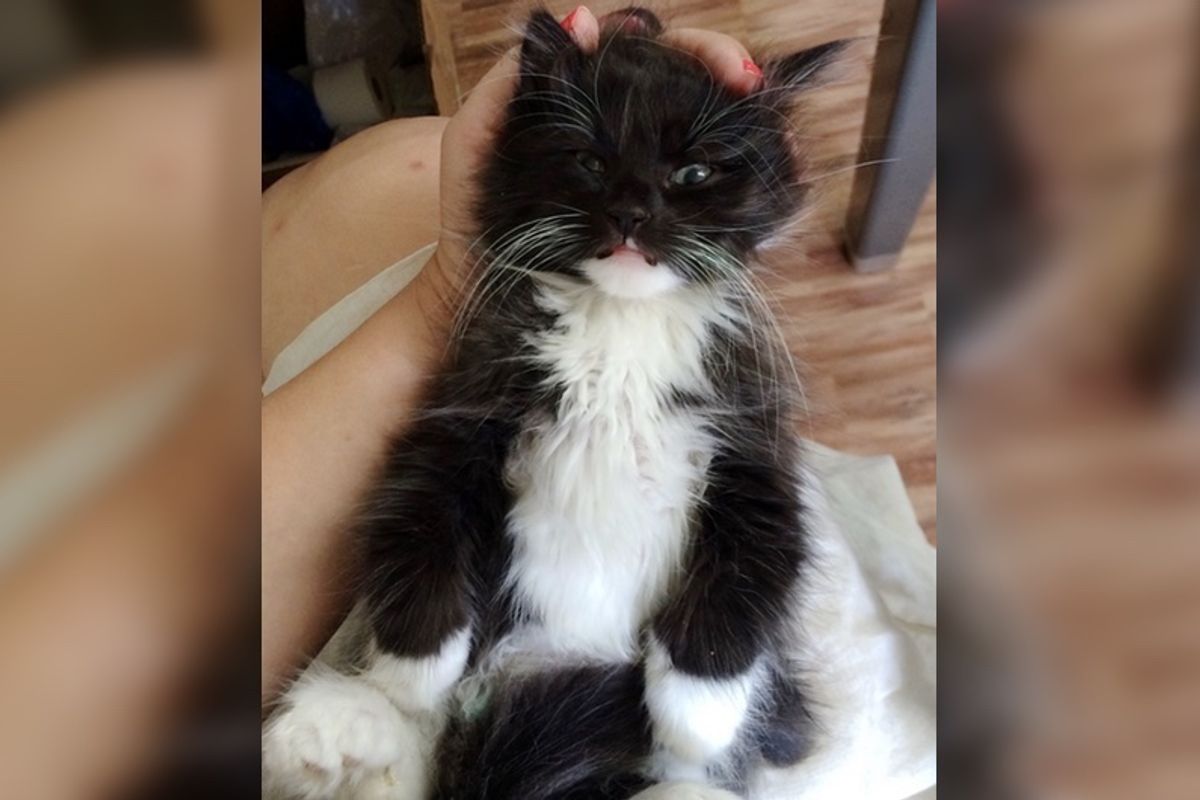 A little tuxedo kitten was found huddling with his littermates, scared and hungry. He was the only one that survived. A few Good Samaritans spotted him in the rural Montana woods and immediately rushed to the rescue. 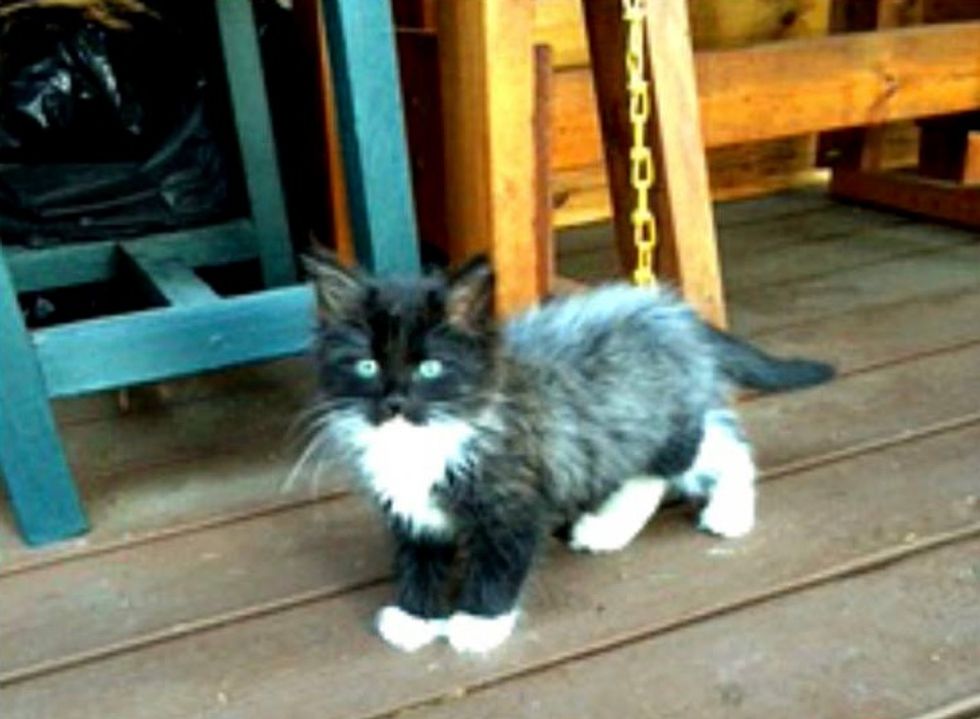 "What this little guy didn't know is that his rescuers are volunteers with a local organization called Pintler Pets," National Kitten Coalition said.

The kitten was eight weeks old and completely terrified of his human rescuers. He was not pleased and made the loudest protest when he was taken to the vet for a medical check-up.

Marnie Russ, Co-founder of National Kitten Coalition and Fox Hollow, volunteer, met the tiny furry spitfire, and they stepped up to help. However, the little guy wanted nothing to do with them. His vocalizations of unhappiness were heard even outside the clinic.

"I knew when I was holding him (at the vet) and he was so so angry and meowing and screeching without being aggressive, that I had a chance," Marnie told Love Meow. 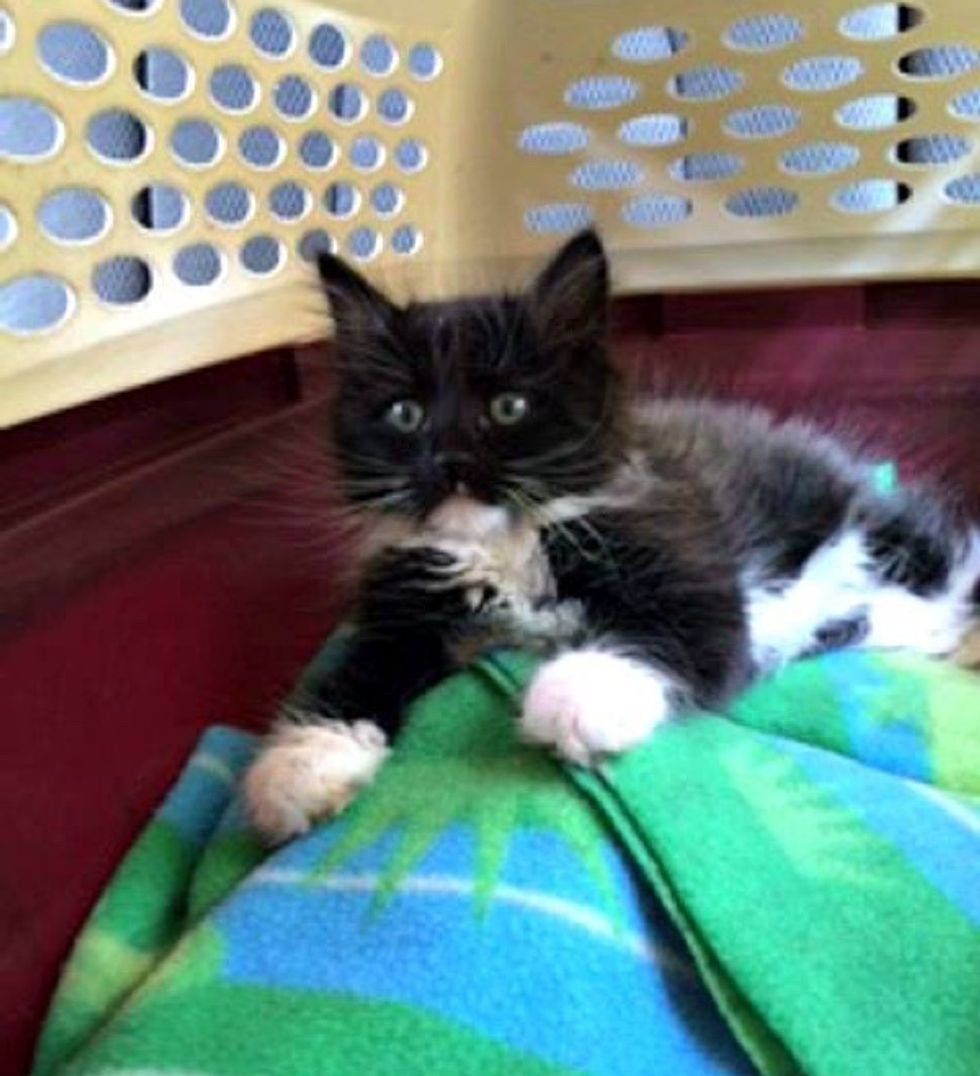 Marnie took the grumpy kitty home to foster, and the little guy immediately took refuge and wouldn't let anyone near him. Marnie knew that he wanted to trust and love, but he didn't know how. So she gave him all the time he needed and lots of love to help him come around.

The tiny fur buddy continued to protest, but with every meal they offered and love he felt from a distance, the wall began to crumble. 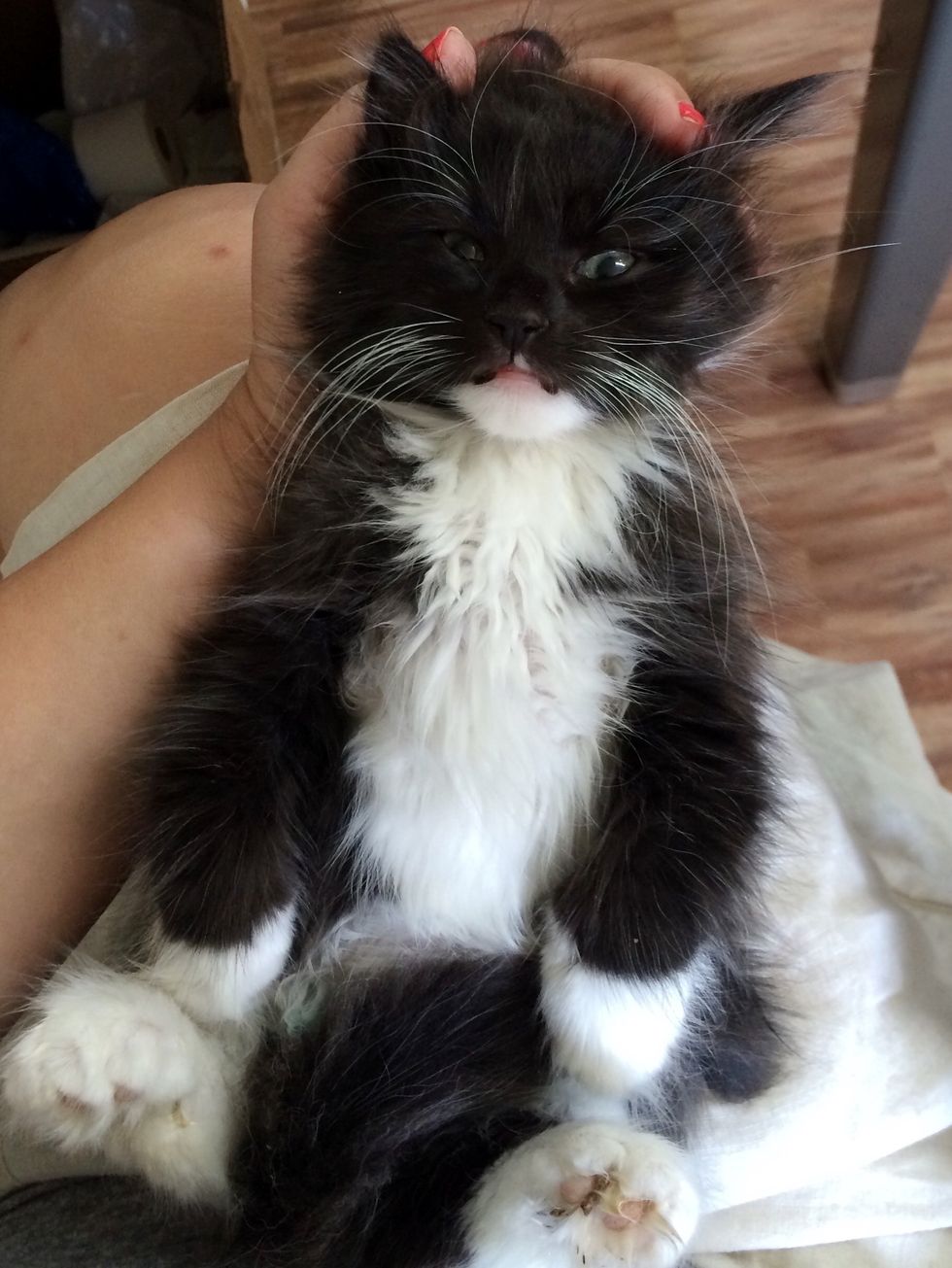 "After having him for a few days he would cautiously approach the food I was offering while I was in the room. That is when I knew he had turned a corner," Marnie told Love Meow.

"Soon after the first time he did that, he was on my lap purring." 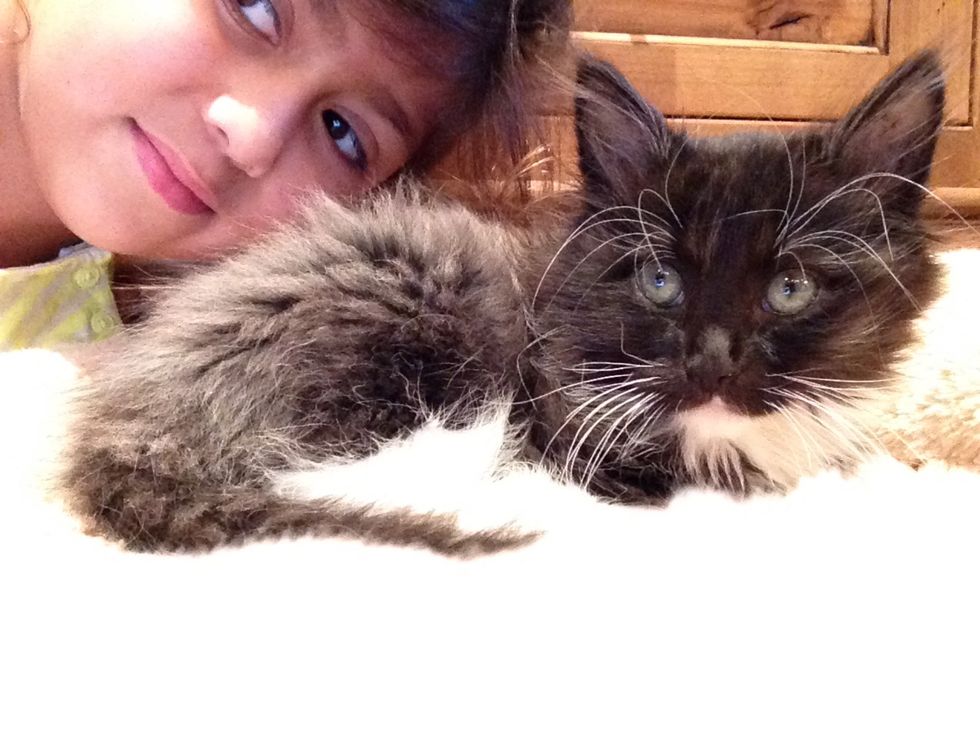 The kitty began to accept and give affection and love.

He will jump up to the couch to cuddle with Marnie in her lap--a 180 from when they first found him.

In just a week, he went from a fearful feral kitten to a complete lovebug who runs a purr motor.

Feeling comfy in one of his many beds. 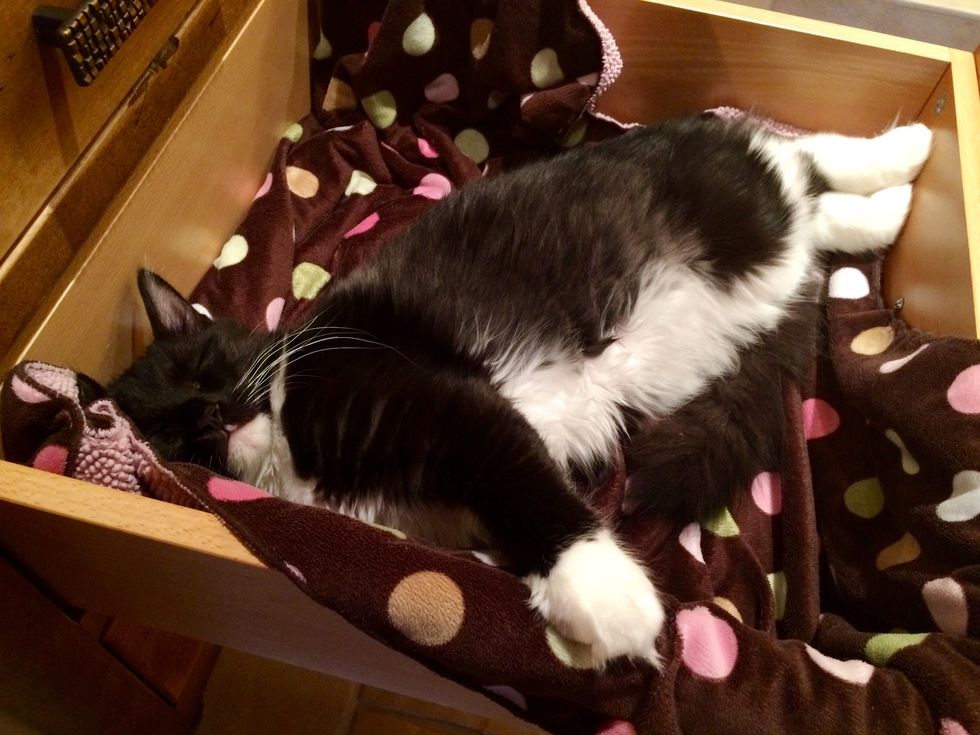 "A wonderful family heard the story of Smokey Joe, and was instantly smitten. Smokey Joe met these new humans and was equally smitten."

The tuxedo boy went to his forever home that day. 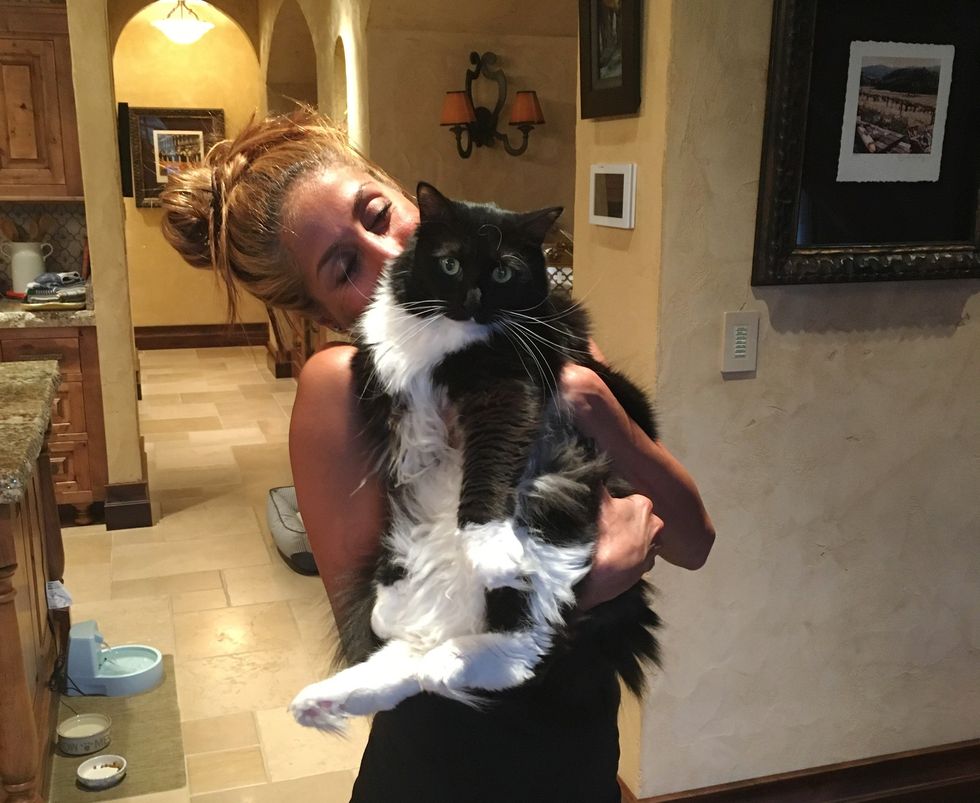 They renamed him Gus Gus to mark his transition to a new life full of love.

"Today, he is a treasured member of the family – his rough and sad start at life but a distant memory…" 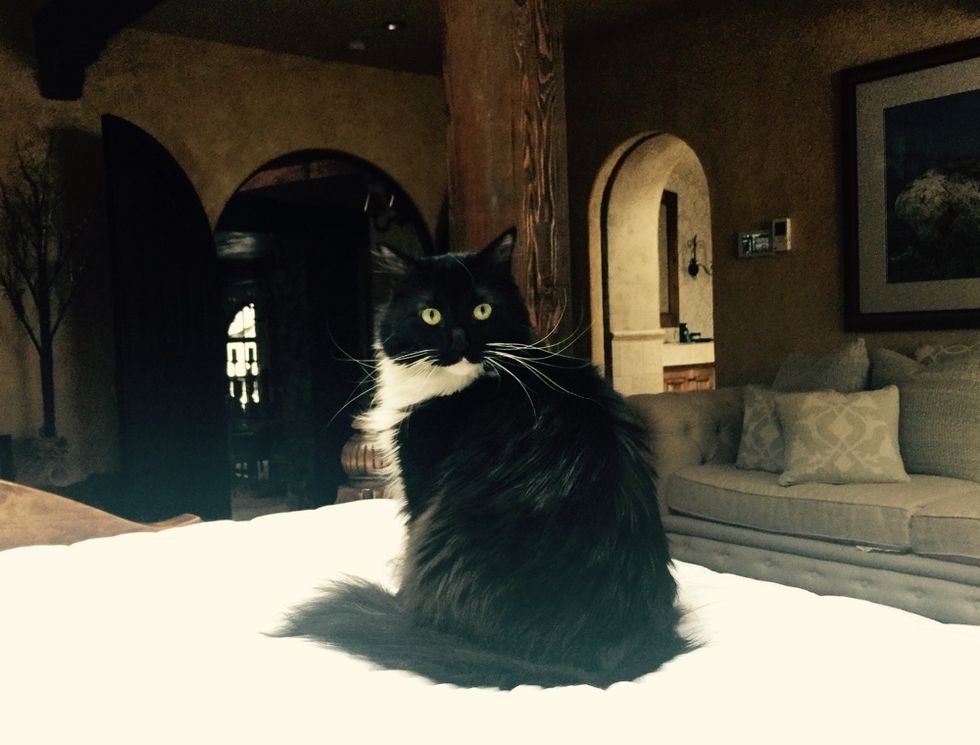