Two 5-week-old sisters were rescued from a nasty winter storm. They found love and comfort from an one-eyed uncle and a canine mama. 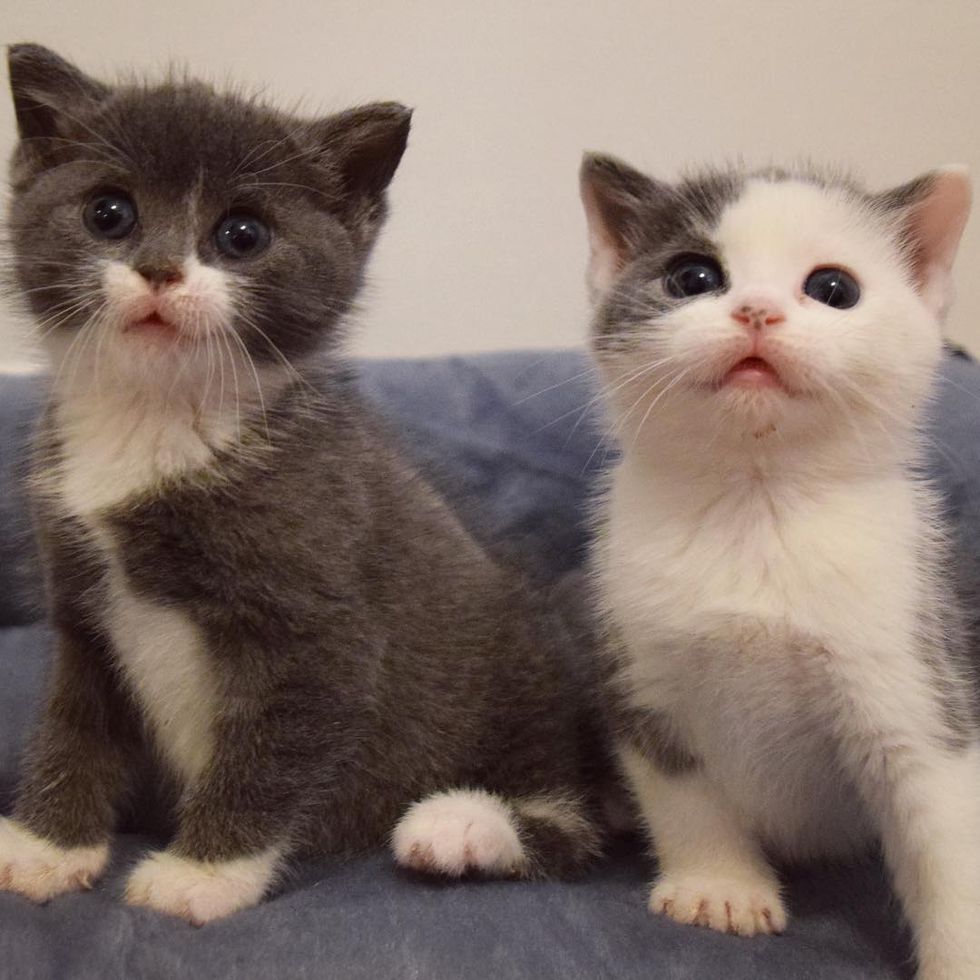 The two tiny kittens were found in Bronx, New York during a terrible snow and ice storm.

"Twinkle and Star were being raised in a feral colony when the really nasty snow and ice storm hit on Saturday," Kelly of @suzie_and_kushi told Love Meow.

Rescuer Michelle of Bronx Stray Cats got the kittens to safety and brought them to Kelly so they could be fostered in a comfortable home surrounded by love. They couldn't get the mother when they trapped the kittens, but went back to find her. "I've heard the mom has since been trapped and they are getting her medical attention now."

The two kittens were very shy at first, but nothing couldn't be fixed with love and food.

Little Twinkle is a bit timid, but she just needs some extra TLC. 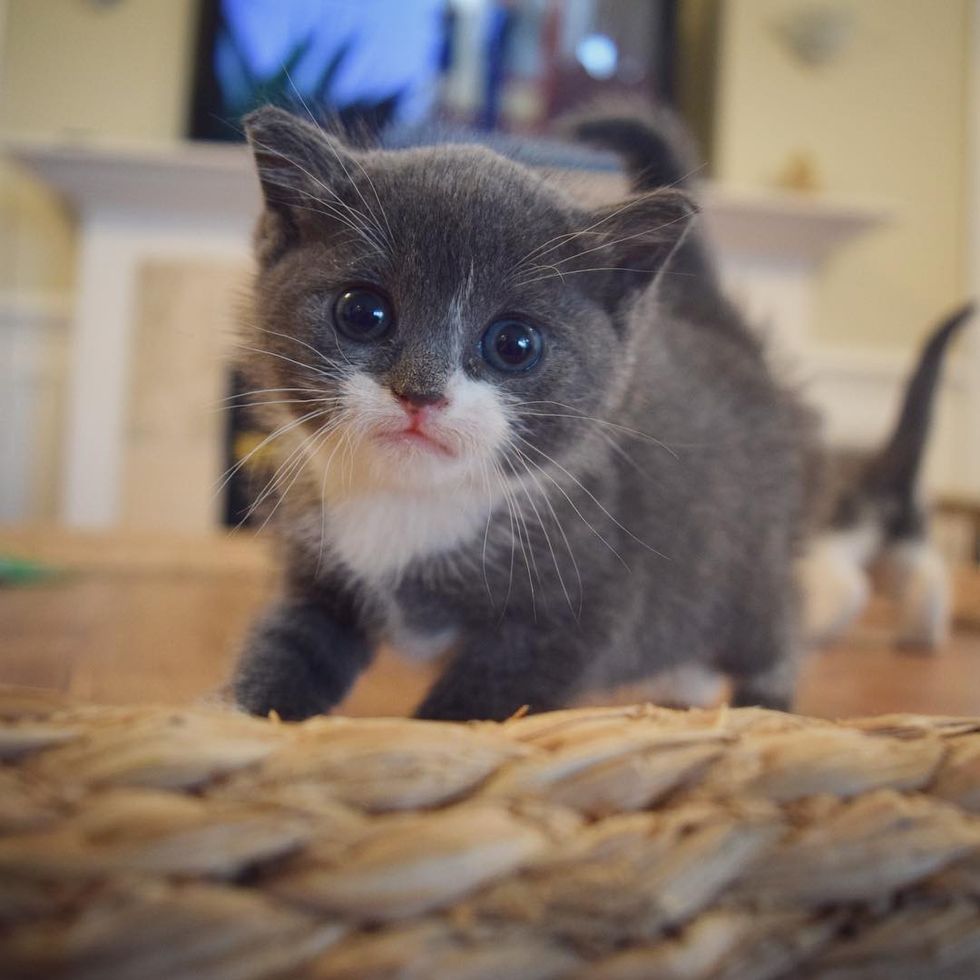 The two feline sisters are as cute as buttons.

Little Star is a sweet gal and a love bug. 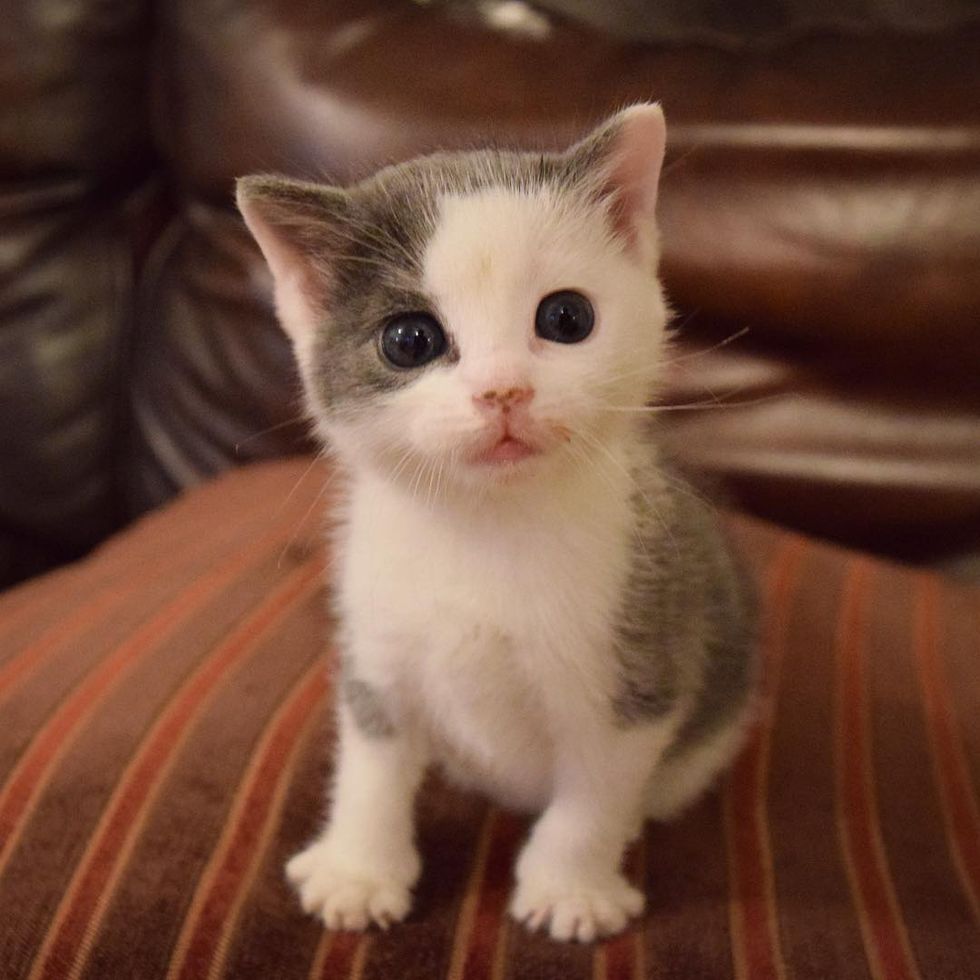 Coming from a feral colony, Twinkle is the shyer one of the pair. "She gets startled easily but she's relaxed a lot and really likes the gang (furry residents) as well."

Kushi the one-eyed cat always has a way to tame and calm feral kittens. Twinkle likes to climb up to Uncle Kushi for cuddles. 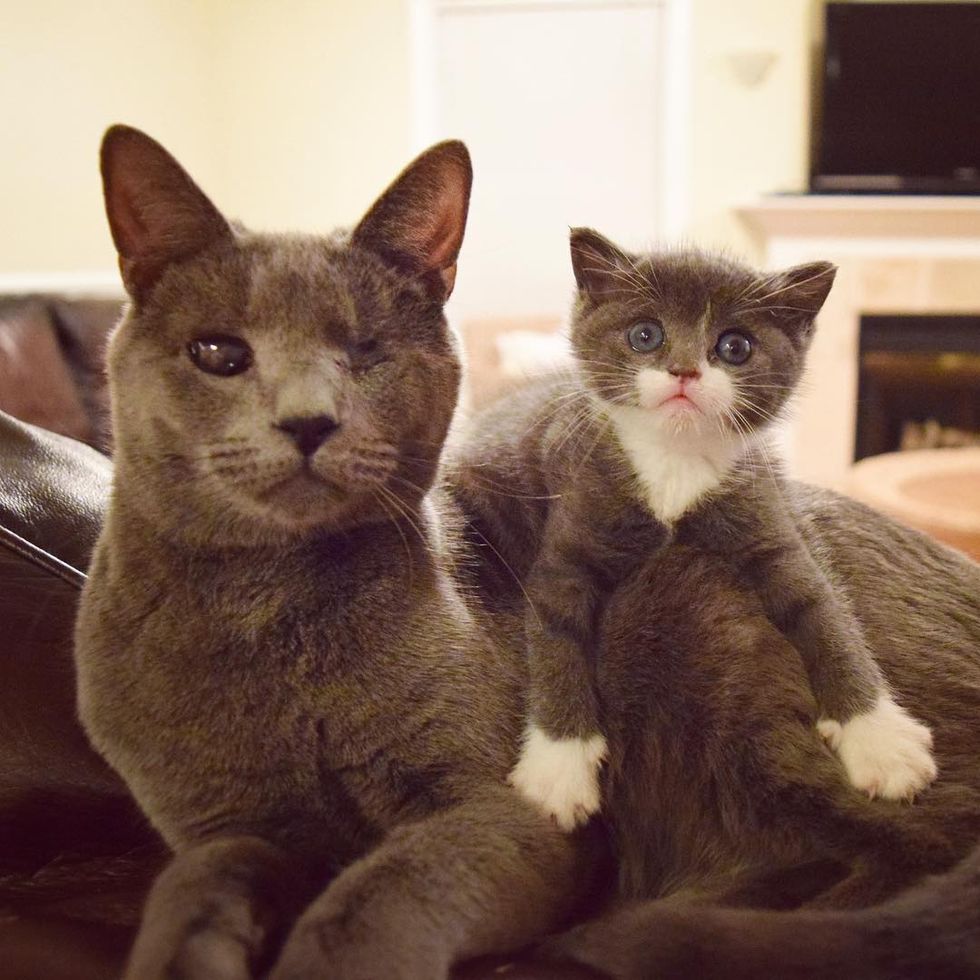 Star especially adores Kushi and follows him around.

"After every meal she runs to Kushi to have her face cleaned. She likes to be in the middle of everyone and everything." 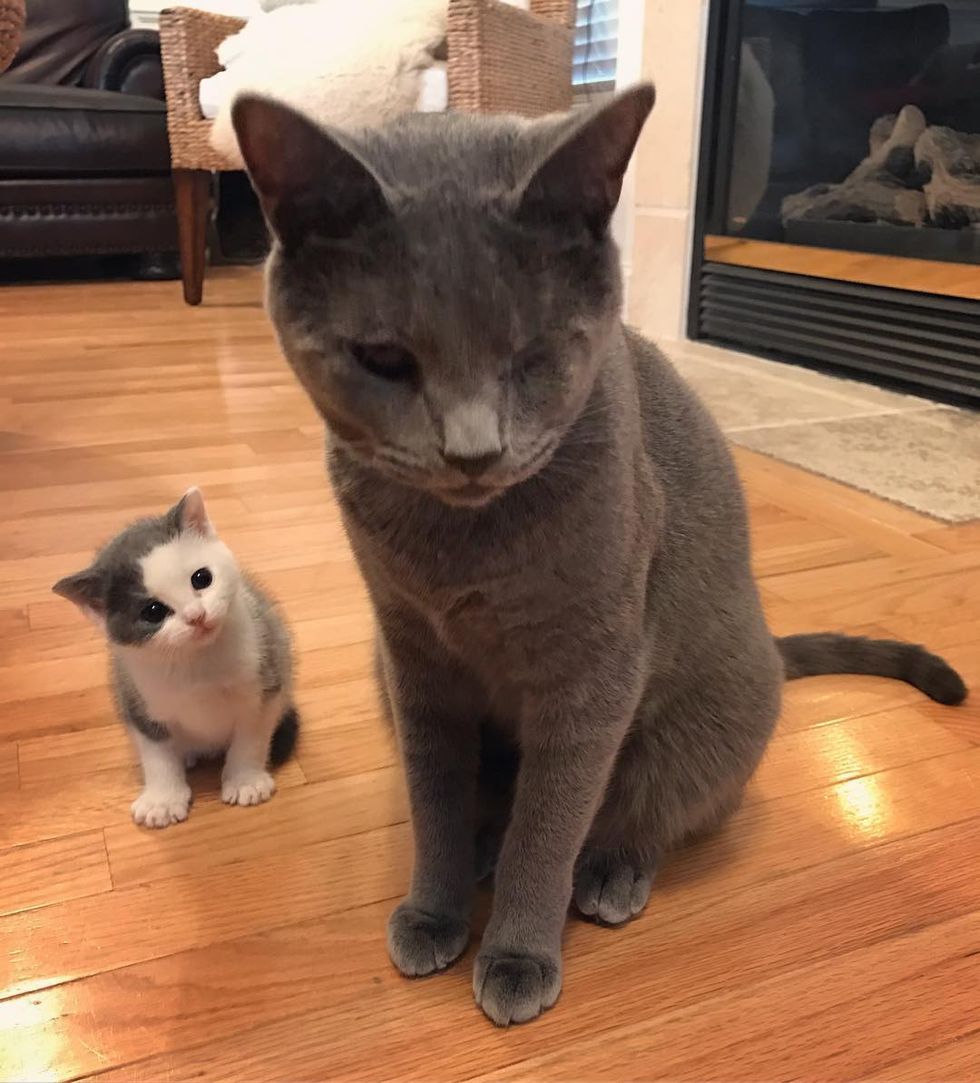 The two teeny sisters are getting some snuggles from their canine mama Suzie. 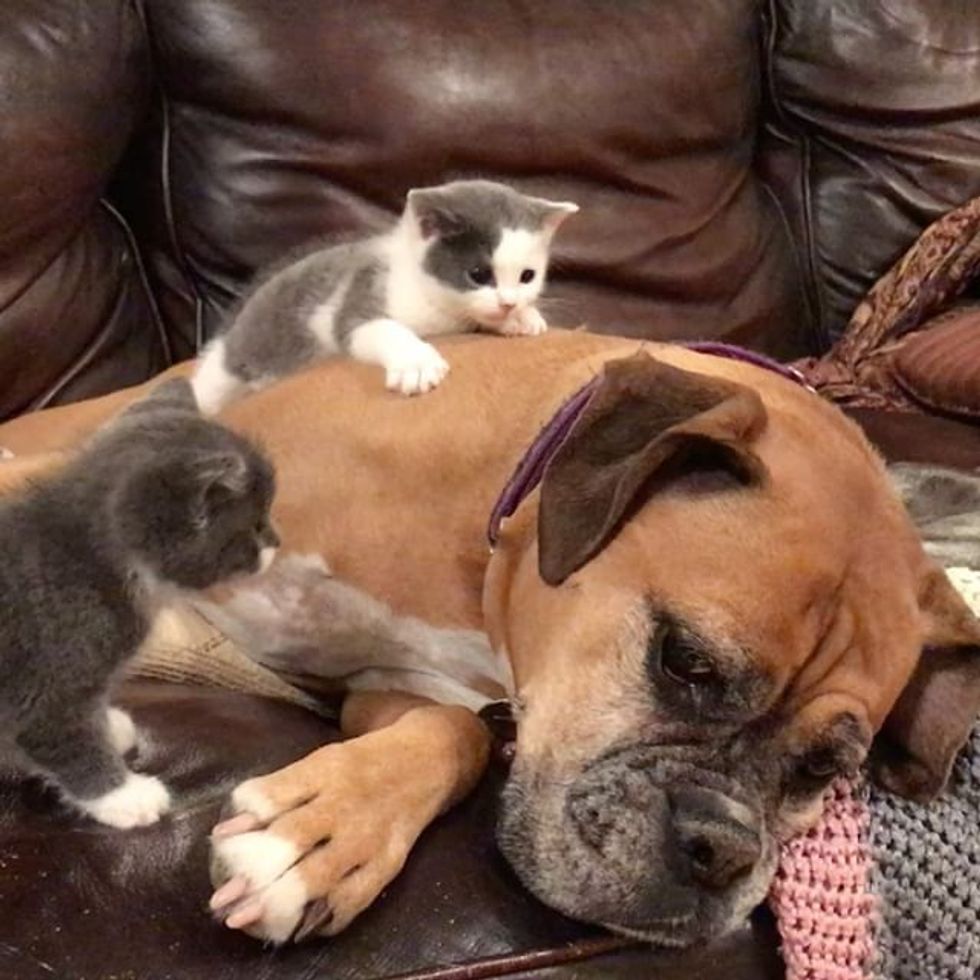 The little shy girl is slowly coming out of her shell, enjoying her first Christmas. 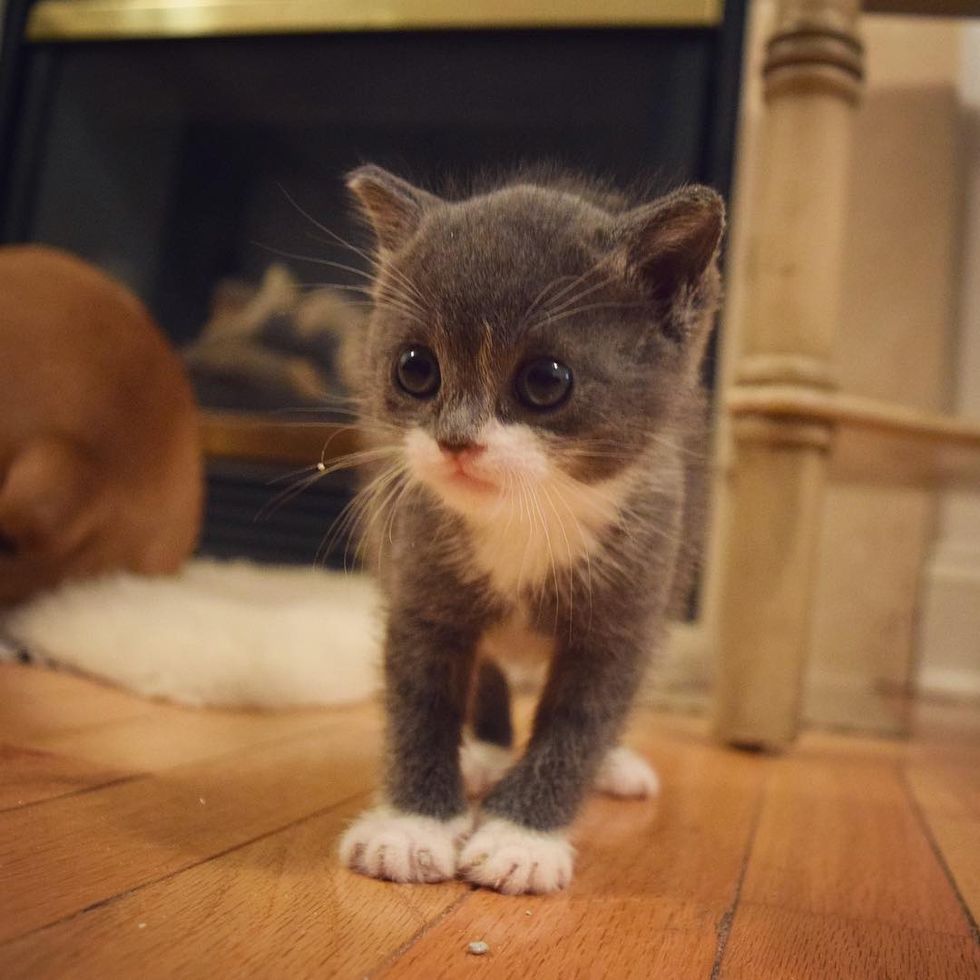 Star is soaking up the love from her foster mom. She couldn't be happier. 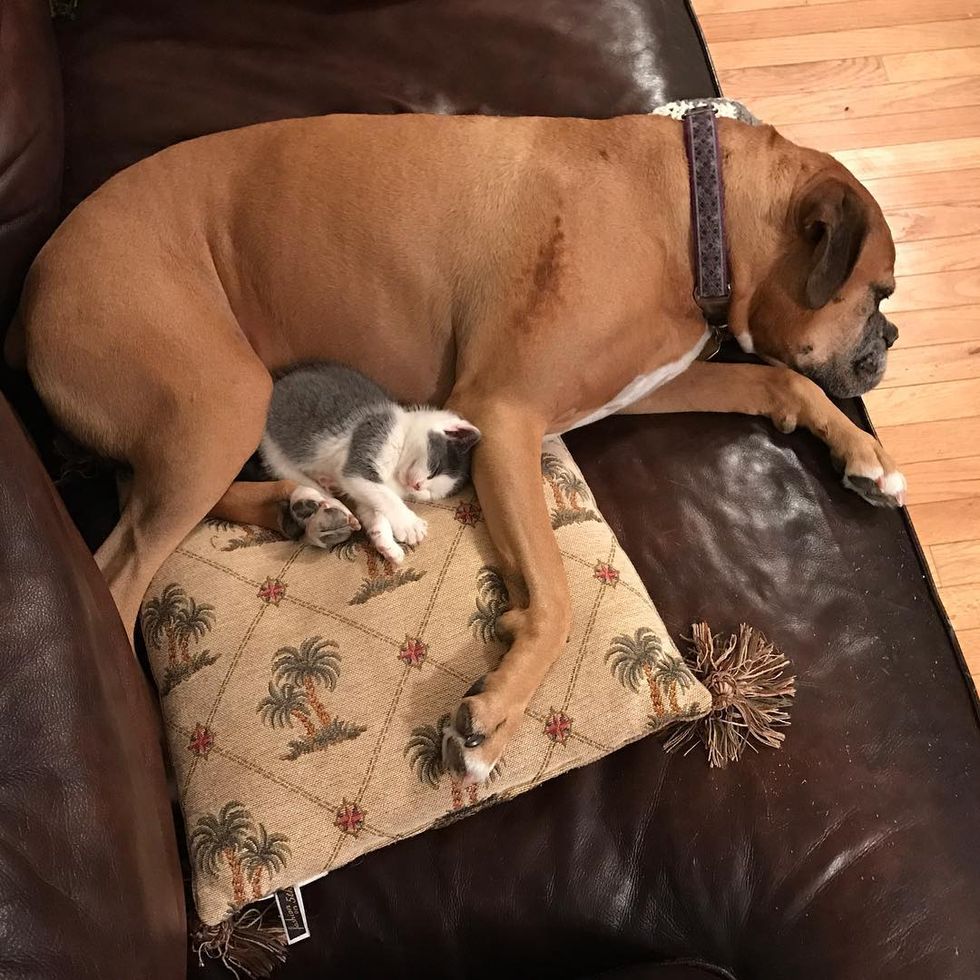 The kittens come running when they hear snacks!