Two rescue kittens curled up in their foster grandpa's lap and didn't want to let him go. 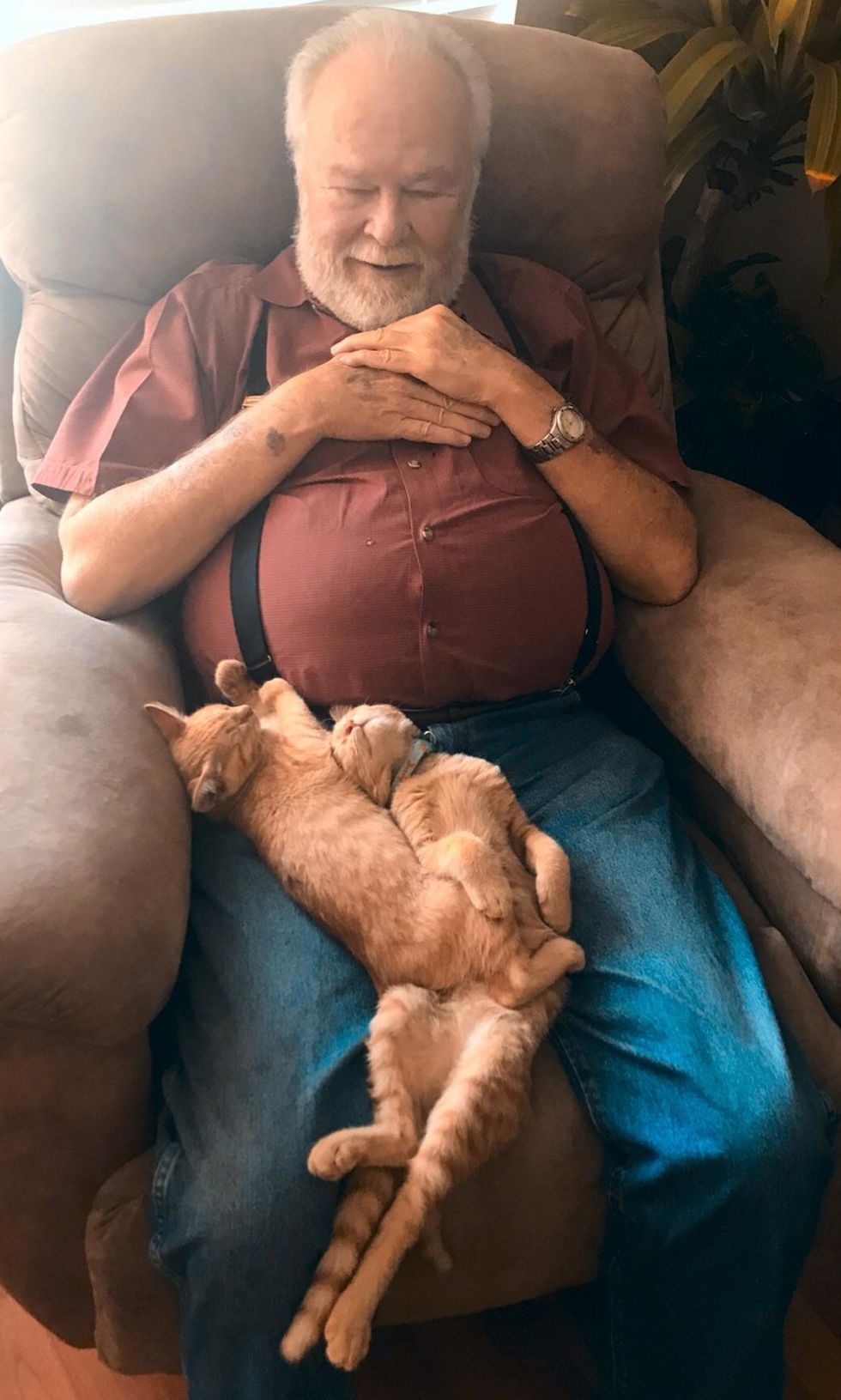 A kind-hearted young woman from the family gave these two bonded brothers a second chance at life. She brought them home to foster, hoping to find them a loving home together.

"I can't take them to a shelter because I can't stand the thought of them being separated," reddit user whiskitforthebiscuit (foster mom) said.

When she introduced the kittens to her father, who is an animal lover with a big heart, the kittens quickly gravitated towards him and decided that he would be their designated snuggle buddy that day. 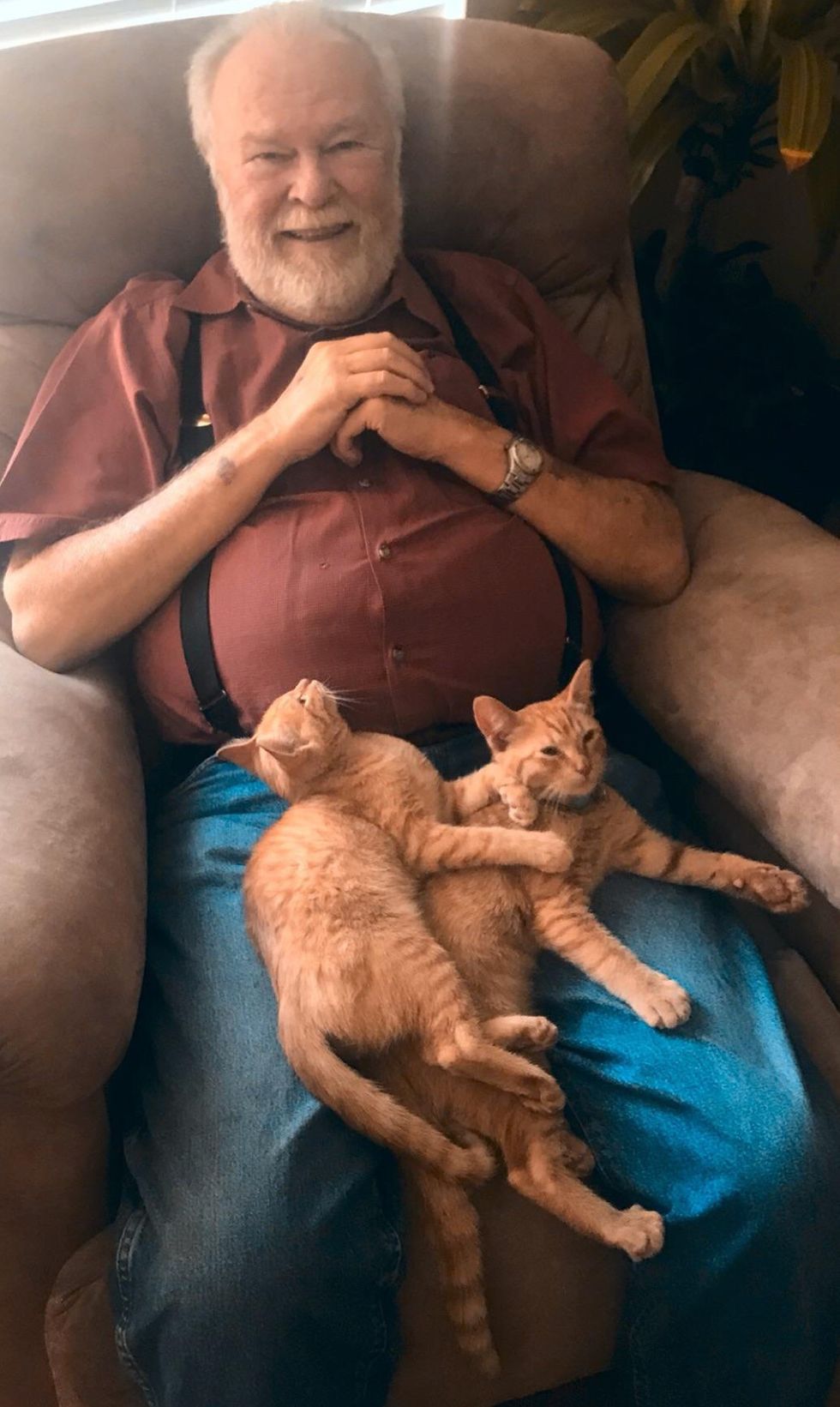 The man has two dogs of his own and he refers to them as "his girls". "He is a retired widower and his animals bring him more joy than anything."

When he saw the little kittens in need, he welcomed them with open arms. The kittens felt his warmth and love and started following him around. 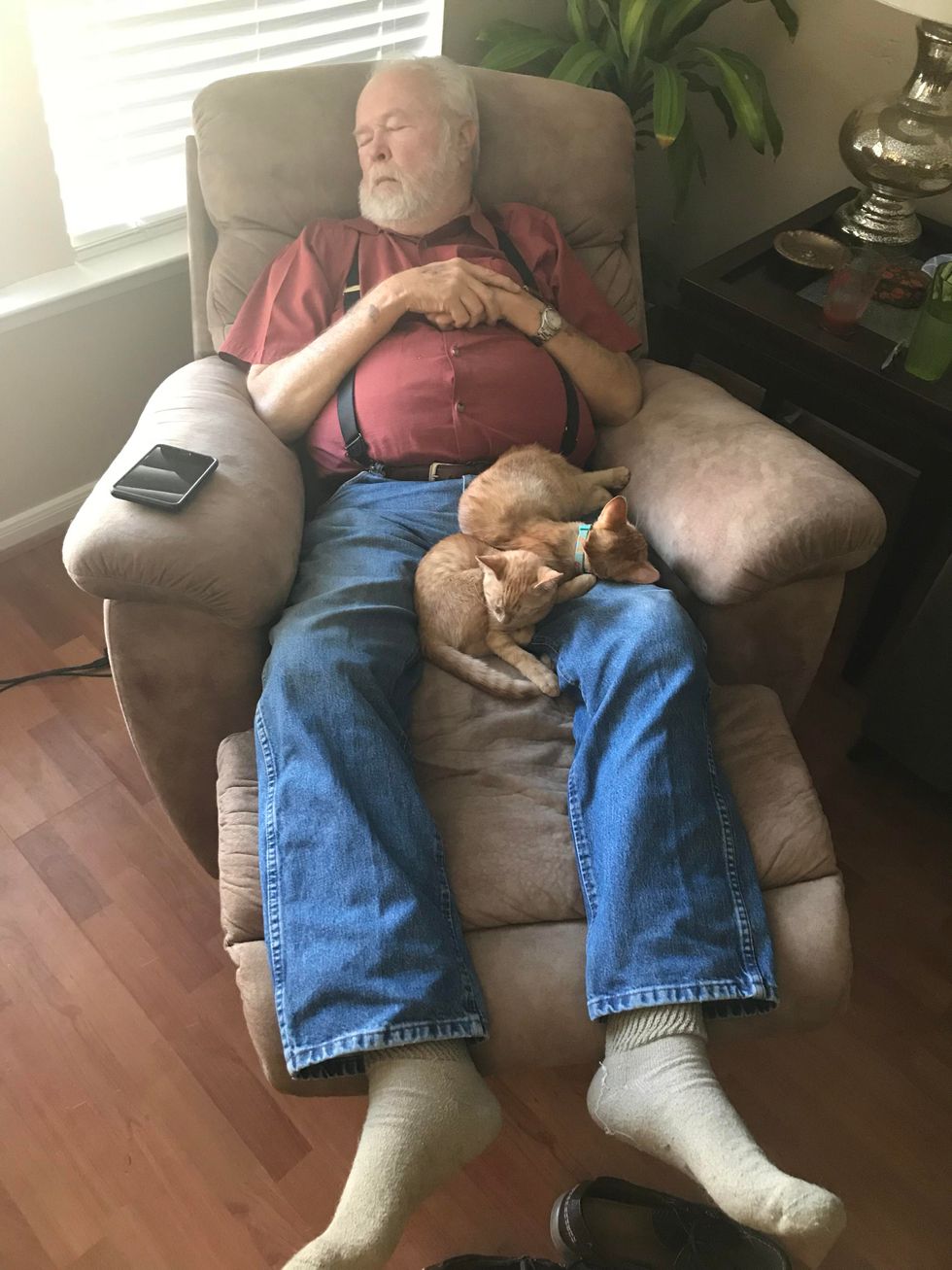 When he sat down in his chair, the two ginger boys hopped on him. After stretching out those legs and toes, they fell asleep snuggling in his lap, purring aloud.

Even when he was eating, the kittens didn't budge and slept through it in their new favorite nap spot. 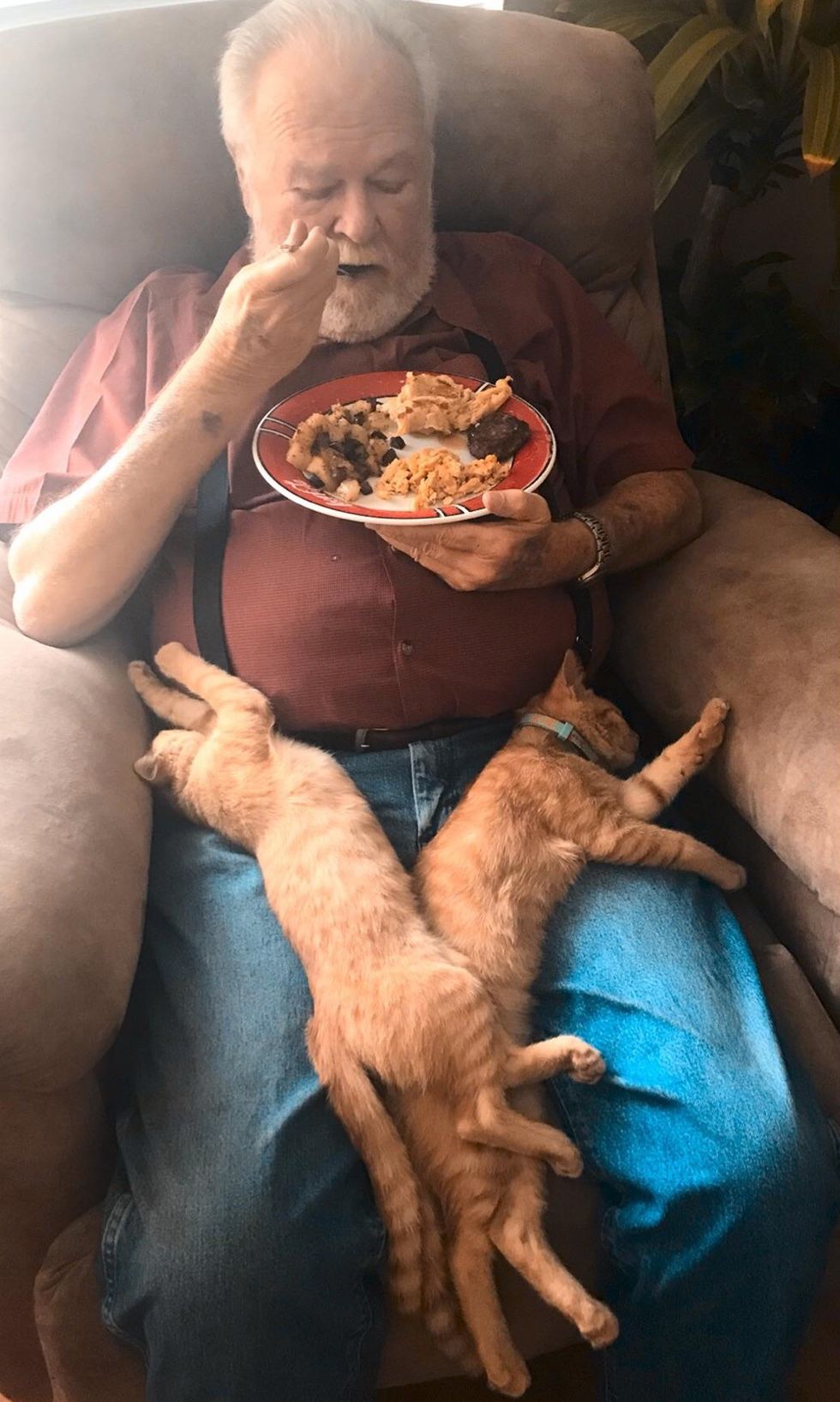 "My foster kittens have really taken a liking to my dad. They didn't even wake up to beg for food," she said.

The man didn't have the heart to move and just sat there for as long as the kitties wanted. He couldn't help but smile watching the little ones snooze away comfortably in his lap.

"After their cat nap, I realize (that) he doesn't want to let them go!" 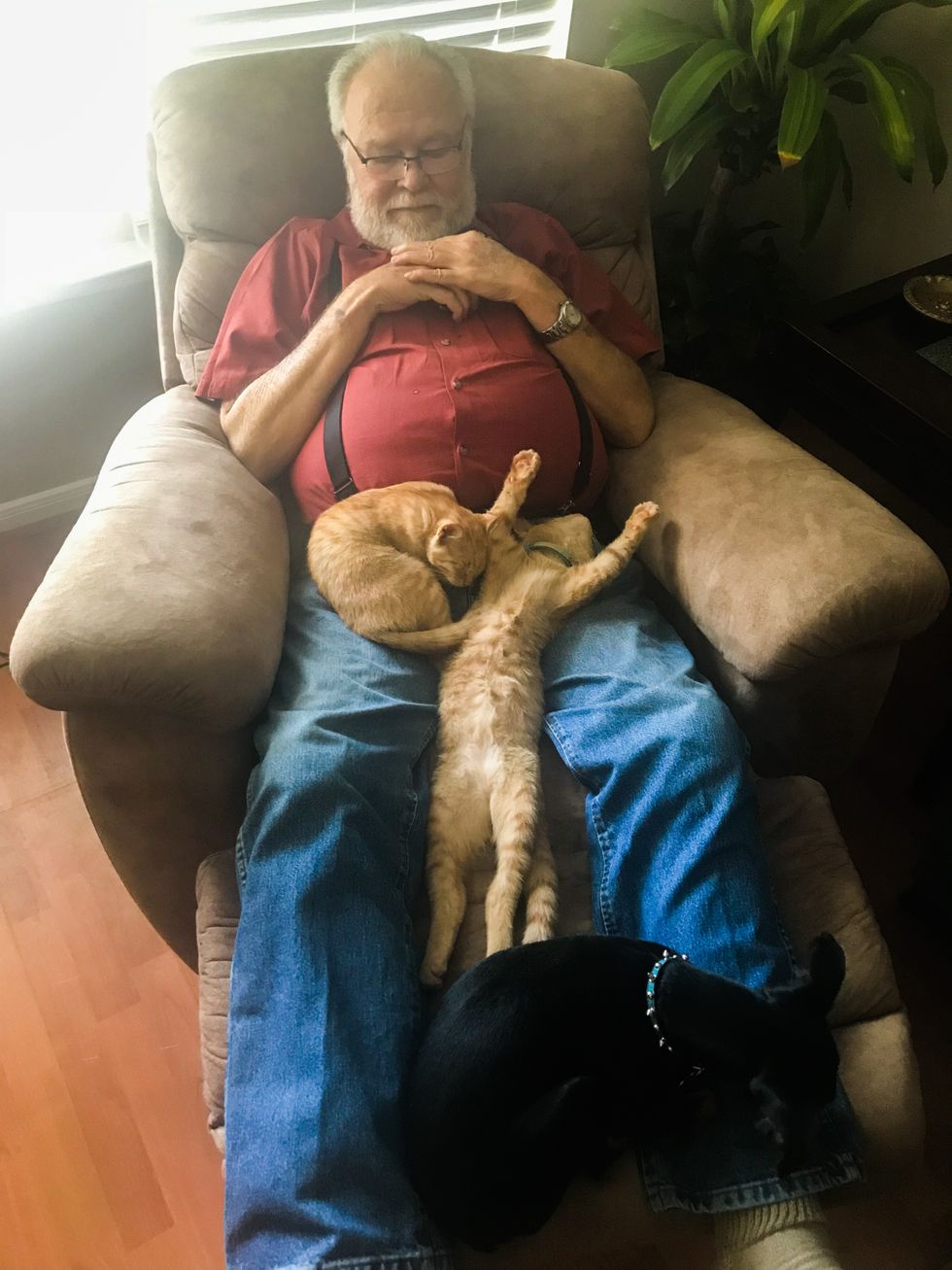 One of his dogs joined the cuddle puddle :)reddit/whiskitforthebiscuit

It looks like the kittens have found their forever grandpa :).