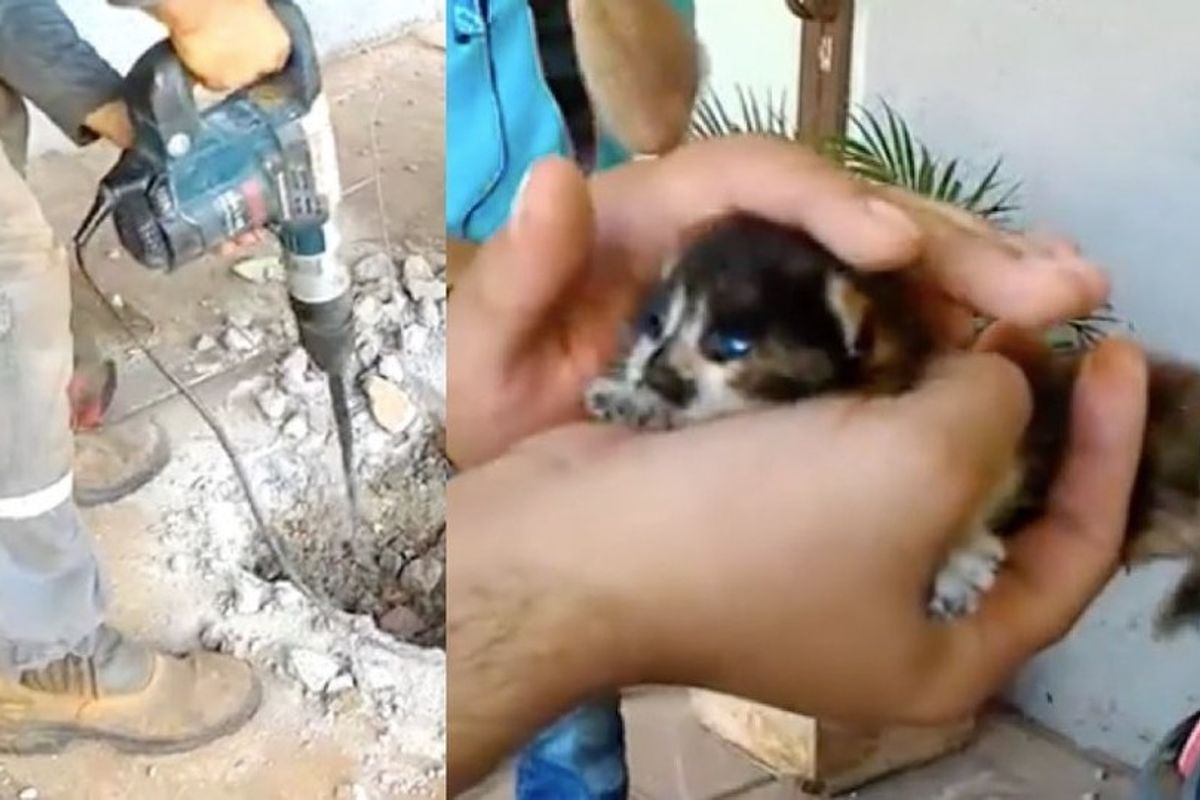 They Heard Kitten Cries Underground and Knew Just What to Do

When kind-hearted locals heard meowing underground outside the Cultural Center in Araras, Brazil, they were perplexed and couldn't find where the crying came from. They contacted officials who were reluctant to help.

So the good Samaritans decided to take matters into their own hands. They started digging to save the kittens.

Workers from a utility company also came to their aid after learning about the situation. They used a jackhammer to carefully tear up the concrete floor, one piece at a time.

They believe that the little kittens fell from the roof of the building into the drainage pipe.

The rescuers eventually located the pipe and found the kittens trapped inside.

Four tiny kittens were pulled to safety one by one by the rescuers.

Watch the entire rescue in this video:

"If it weren't for the strength and the will of the people at the Cultural Center and the help from the staff of SAEMA, (the kittens) were going to die trapped inside," Kirk Daves said on Facebook.

Now they got a second chance at life, and the rescuers make sure they will all go to good homes.

Volunteers took the kittens into their care, had them checked out by the vet and bottle fed them around the clock. Many kind people in the area donated milk, medicine and various supplies to help the tiny babies rehabilitate.

These kind folks saved the lives of four helpless kittens that some others chose to ignore. Well done, rescuers!